Sasha Bikoff was born on the Upper East Side, attended GWU in D.C., then transferred to the American University of Paris to study fine arts while she painted and worked in ceramics.

Later, in Chelsea, she was a gallerist. “I spent four years there, and got business experience,” she says. “Then art lost its magic, and as a creative person I began to see it as a commodity – that it was all about sales.”

That explains a great deal about this world-traveling designer of fabrics, tiles and other decorative items.

She launched her career when she redesigned her mother’s apartment at The Dakota. “I said: ‘I’m going to do it but you can’t ask about the materials and budget,” she says. “I was a 26-year-old girl doing Rococo and Persian silk rugs.”

The process brought her more design projects, but not without lessons. “I decorated for my mom when she had cancer, and that gave me a design philosophy that was different from what I learned in school – that you should decorate spaces with things you love and are fun and have a deep historical context.”

Now she’s creating new worlds with New Ravenna. “I’m looking for certain fabrics and tiles that I can’t find, so I create them,” she says. “I’m considered a trailblazer and disruptor to the design industry – I look at color, vintage antiques and history in a fresh, new way.”

Her New Ravenna collection, called The New World, is comprised of seven handcrafted designs that traverse time from 17th-century Dutch cartography – with lace, bandanas and intricate but familiar patterns.

“I wanted it to be about coming to America and the New World like Columbus, so I researched the atlas and picked out pages of cartography,” she says. “I love the colors – pastels, yellows, coral, and blue, and I’d seen them recently on the runway with Versace and other fashion designers, so it all came together.”

There’s also Ptolemy’s Cosmos, illustrating the universe with 13 colors of stone, brushed brass, and a map that progresses from the terrestrial to the celestial, and concluding in the astrological.

“I’m very motivated by anything historical, spiritual or intellectual in any way, and I want my spaces to have a reference,” she says.

From Sasha Bikoff and New Ravenna then, it’s a brave New World. 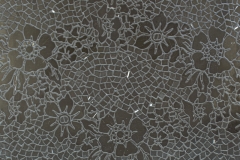 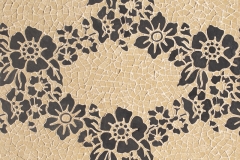 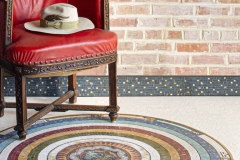 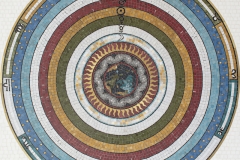 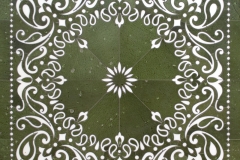 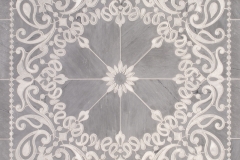 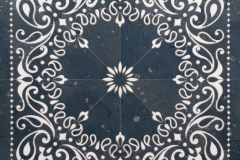 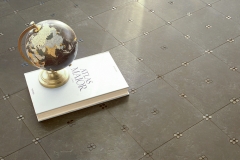 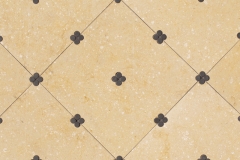 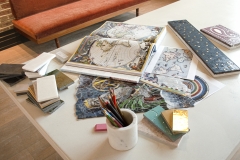 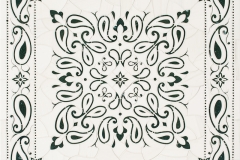 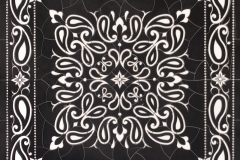 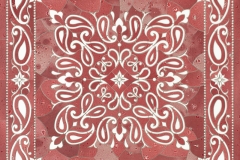 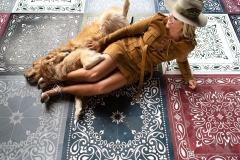 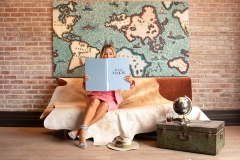 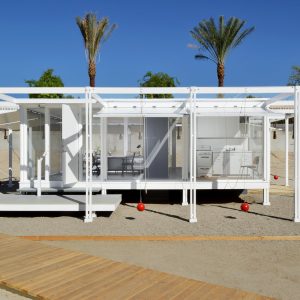 A built-to-scale replica of Paul Rudolph’s Walker Guest House is now up for auction during Modernism Week in Palm Springs,...