Richard Jolley and the Cycle of Life

Up-and-coming Knoxville, Tenn. is striving mightily to prove that great art doesn’t grow only out of provincial urban Meccas – and it’s about to unveil a jewel to crown that assertion.

It’s a monumental work in decorative glass and steel, installed in what may be the finest museum in the career of late architect Edward Larrabee Barnes.

Cycle of Life, a masterwork by glass artist Richard Jolley, is a three-dimensional sculpture designed to dominate the sun-drenched Ann and Steve Bailey Hall at the rear of the structure.

“The museum is the perfect cube, and having this fabulous minimalist space is a great format,” Jolley says. “The room has such great light qualities.”

Jolley tailored the sculpture to work within the context of a public space that’s split by a staircase slashing through it at 45 degrees from a mezzanine above. He’s worked on the assemblage for the past five years; it now extends for 100 running feet and stretches 12 feet high in places.

Given carte blanche to re-imagine the space in the 1990 museum, he’s transformed it from a public space to an art-filled one.

“Early on they had a Calder mobile but even at that scale there was not enough mass to hold the space,” he says. “And 10-foot by 10-foot paintings on the walls looked like postage stamps, so I knew it had to be filled up, frame to frame.”

“When I was younger, I used Southern literature as a stopping-off point for my aesthetic,” the East Tennessee artist says. “They were talking about their own little corners of the world – they’d go away but they’d always come back.”

Seeking his own voice, he looked also to Matisse, Modigliani and Kokoschka. “You acquire first-hand knowledge by seeing good art,” he says. “Going to a museum for an artist is like reading a book for a writer.”

The installation works through its epic narrative in six successive phases of life: Primordial, Emergence, Desire, Tree of Life, Contemplation, and Sky. “It’s a figurative range of people and nature,” he says. “The question was how to distill the life cycle to fit the space and answer the questions: Who are we? Where are we? Where do we come from? Where are we going?”

The first five phases are mounted on the walls flanking the staircase; the last is a three dimensional cosmos of glittering glass hovering above. It’s visible from the museum lobby during the day and from downtown Knoxville at night. Likened both to DNA and molecular transformation, Sky seeks to symbolize the unknown.

“A sense of place was one of first things I wanted in the narrative, and then an emergence of youth and how it finds its way and develops a personality,” he says. “Then there’s the transformation to freedom and growth and mystical things.

That the sculpture is nestled into Barnes’ reductive cube, clad in pink Tennessee marble, a pair of ziggurats skipping sprightly up its east and west elevations – and in a town that seems hell-bent-for-leather on re-inventing itself at light speed – makes it all the more appropriate.

Like Knoxville itself, it begs the question: What’s next?

The installation opens to the public on May 4. 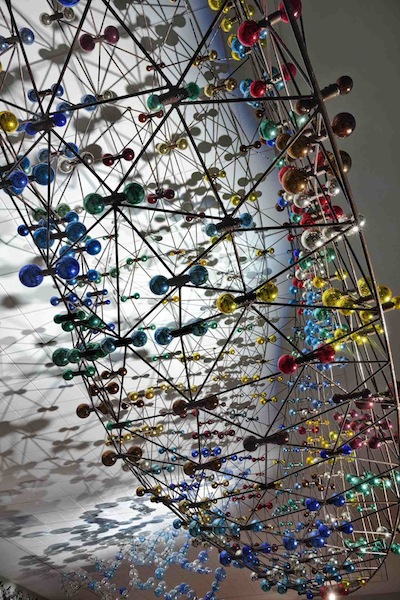 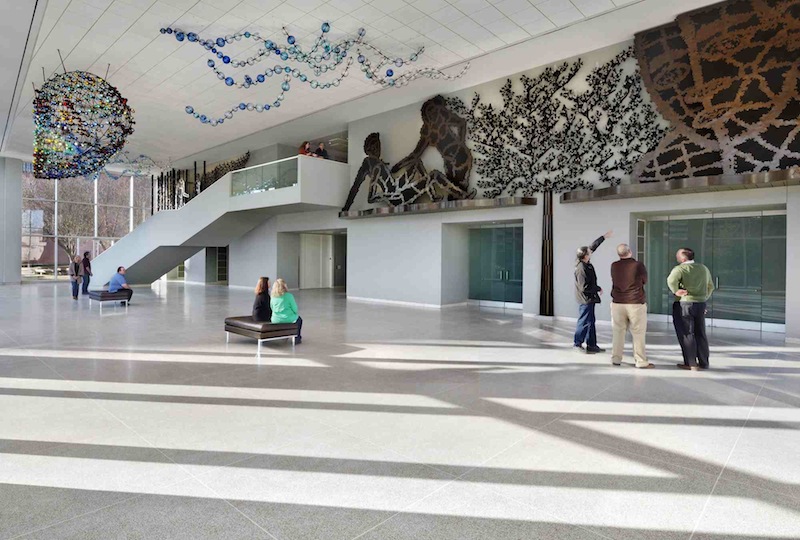 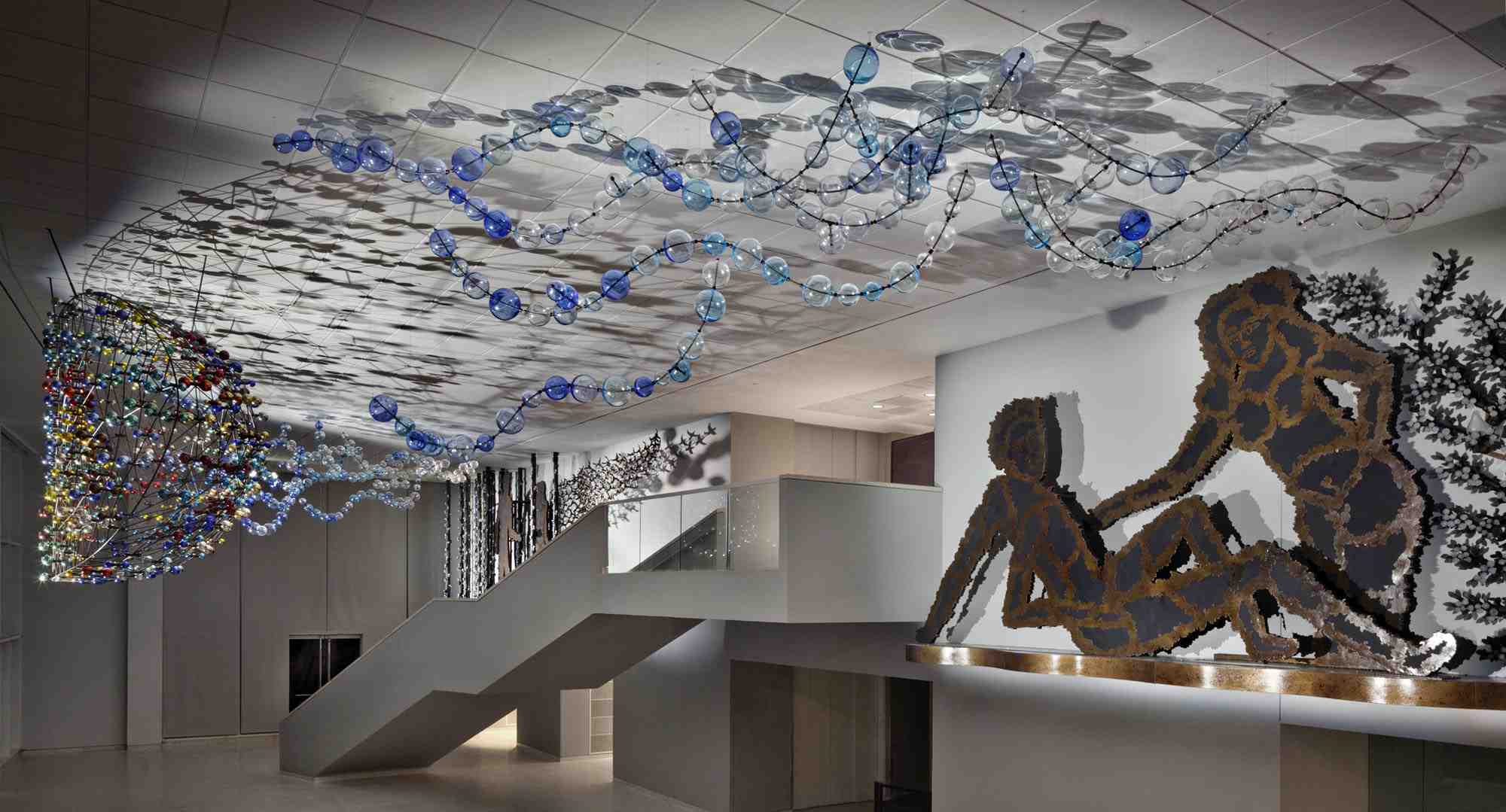 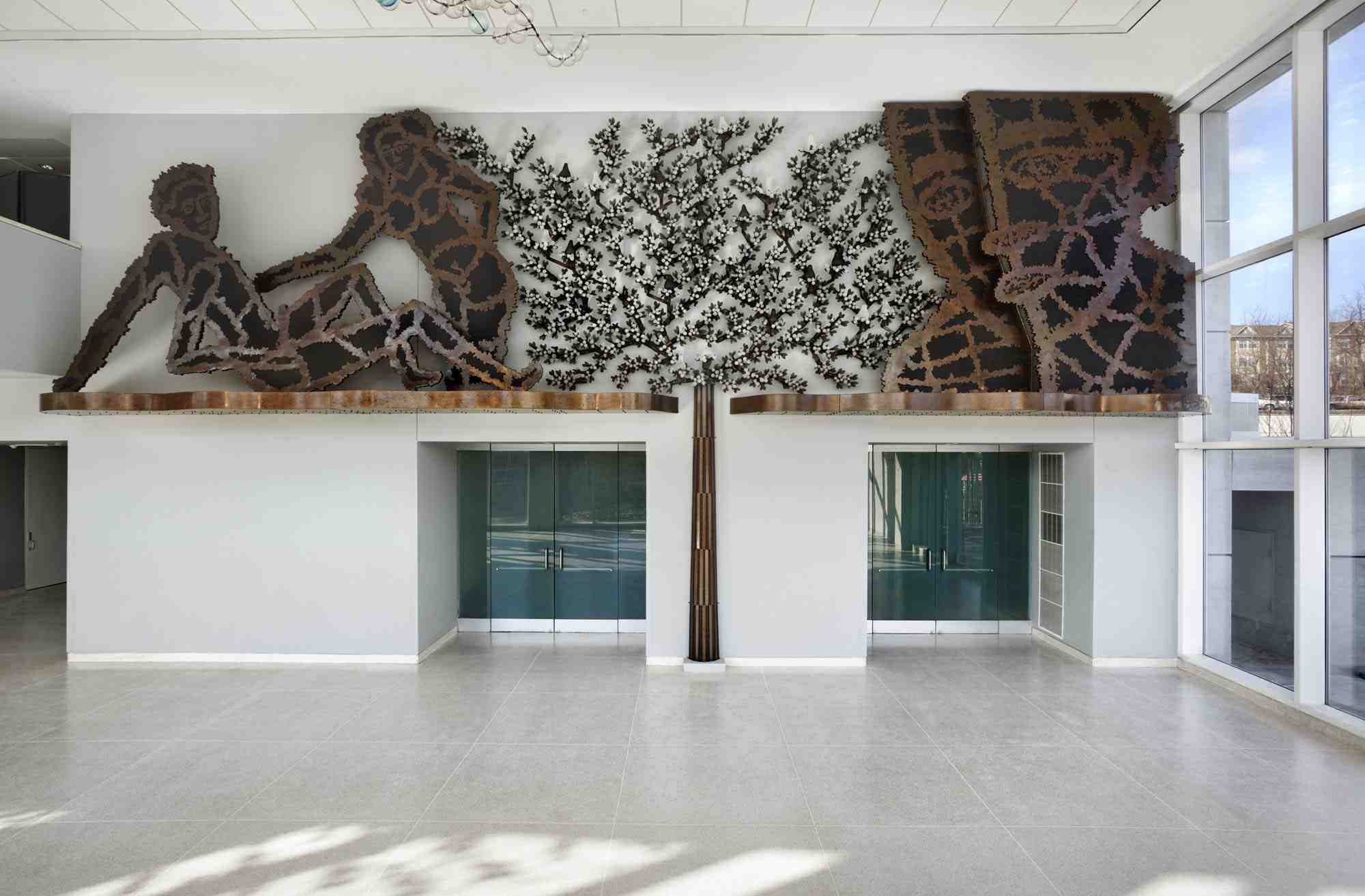 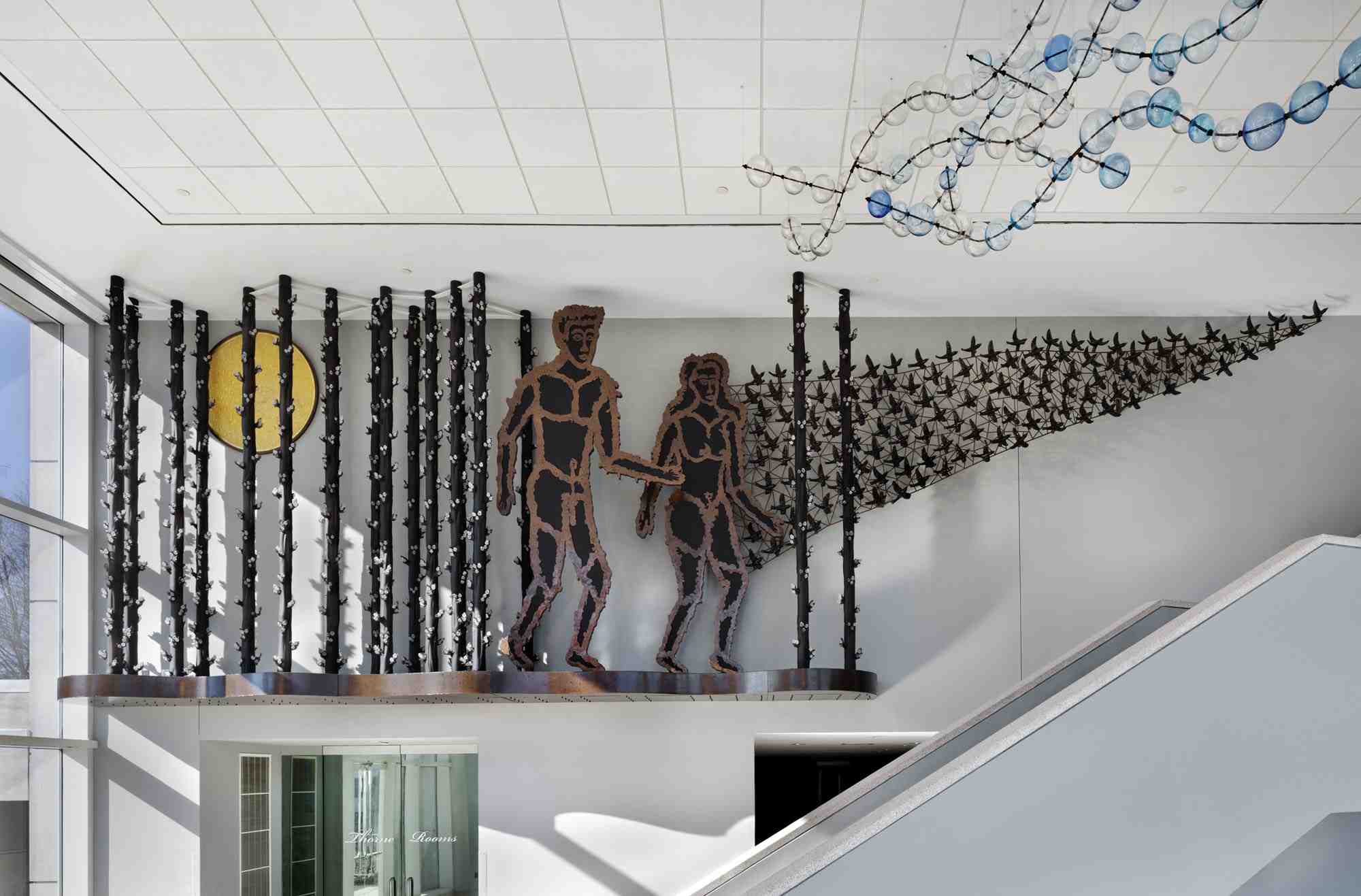 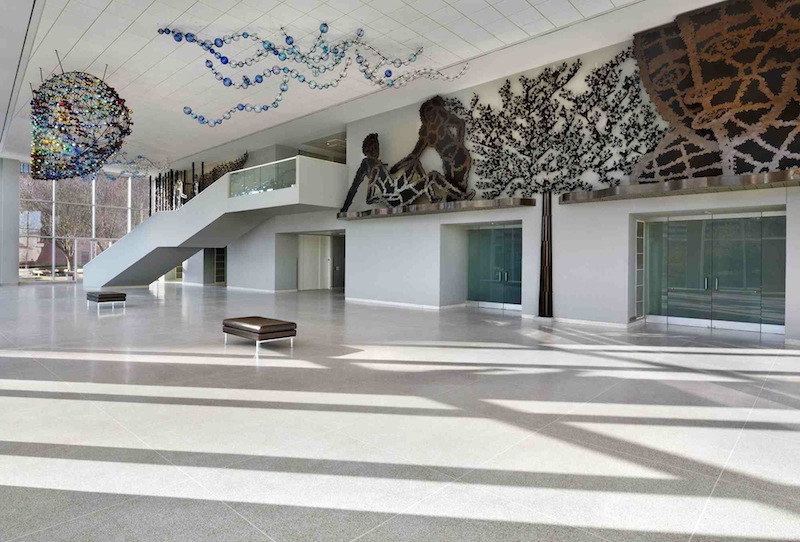 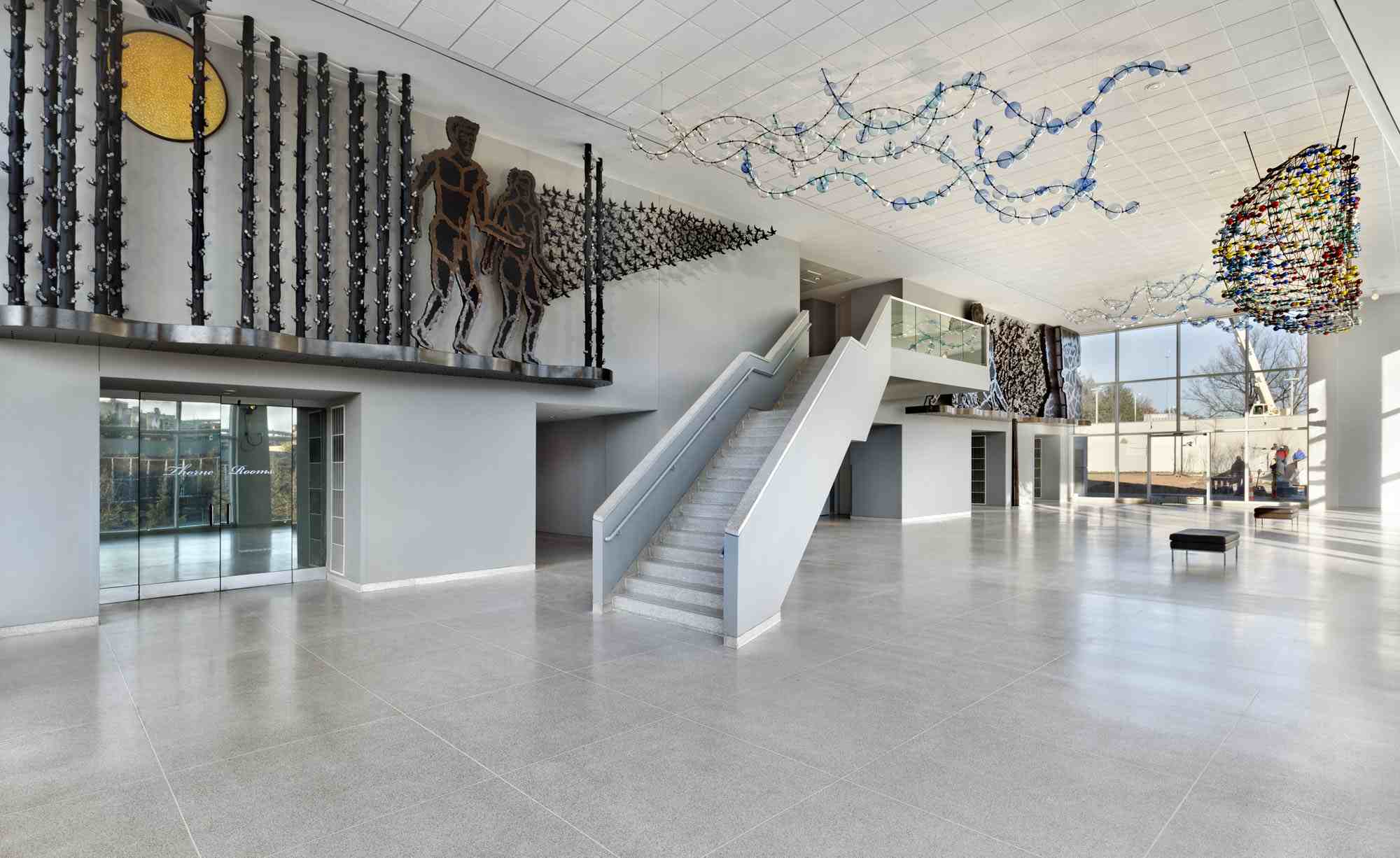 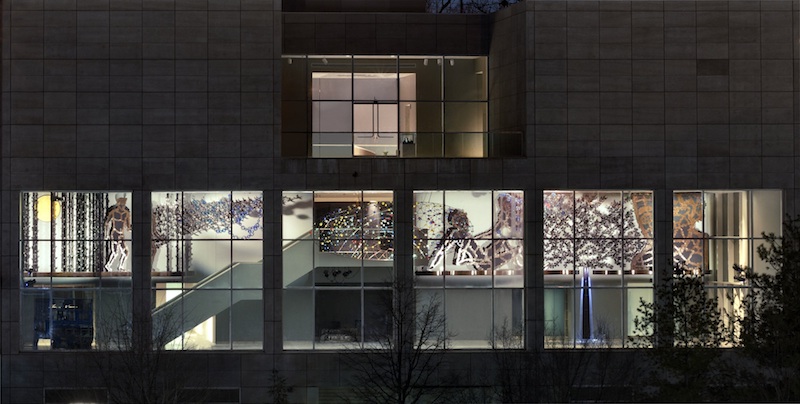 Resetting the Knoxville Museum of Art

The assignment, says architect Erik Mehlman, was for a smart, affordable, energy-efficient home to be tucked into a tight...