Ashley Hlebinsky, curator at the Cody Firearms Museum in Cody Wyoming may not have grown up around firearms, but she’s hip deep in them now. She got into the study of them through her interest in battlefield medicine. When she was 18, she got an internship at Soldiers and Sailors Memorial Hall and Museum during which she had to identify over 200 firearms from the Civil War through today, and became fascinated with firearms as artifacts themselves. She was also drawn to a Civil War Enfield rifle on display, where a soldier had hand carved every battle that he fought in into the stock.

The museum in Cody is being renovated now, and will open on July 6. A+A recently interviewed her Ashley via email:

What’s the history of the museum?
The Cody Firearms Museum is a part of the Buffalo Bill Center of the West in Cody, Wyo. The Center is over 100 years old and houses 5 museums and a full scale research library, including the CFM, Buffalo Bill Museum, Plains Indian Museum, Whitney Western Art Museum, and the Draper Natural History Museum. The firearms museum got its start in 1975, when Winchester Repeating Arms Company loaned the entirety of their collection to the Center. This was approximately 4,000 firearms, as well as all the records and archival material from the company. In 1980, the Center opened the Winchester Arms Museum in a small gallery below the Buffalo Bill Museum. In 1988, Winchester gifted the collection to Cody. By then, we had continued to acquire other significant collections. As a result, the museum needed more real estate. We opened the 40,000 square foot Cody Firearms Museum in its own wing in 1991.

Why renovate?
Several reasons. While 28 years doesn’t sound like a long time, it really is for a museum. From a practical standpoint and for the continued care of the collections, we needed to upgrade casework, electrical work, lighting etc. By doing so, it also freed up a lot of space in the two floor museum. The other reason was because interpretation and historical presentation has changed significantly over the years. The Cody Firearms Museum gets 2 distinct audiences in the museum. The first is the gun enthusiast, collector, hunter, target shooter etc. The second is an audience that paid admission to the Center to go to one of the other museums and wanders into the CFM; that person may not have a lot of knowledge of firearms. The old museum was arranged much more like an art museum, but it provided little historical context for people who didn’t know what they were looking at. So we wanted to create a space that appealed to our wide ranging audience.

The intent of the design?
The design of the museum was to create an installation that would provide a foundation for 800 years of firearms history. Recognizing that firearms in today’s society is a highly political topic, we wanted to create an apolitical museum that interpreted all of firearms history – good, bad, and indifferent – that would allow visitors to engage with the exhibits and provide enough foundational information to spark their own research, and foster productive dialogue both in the museum and beyond its wall. We have always maintained that it’s not our job to tell you what to think about firearms, but to provide enough of a base level of knowledge to allow you to draw your own conclusions.

The inspiration for the design?
Since we have an encyclopedic collection, we wanted to showcase the collection because half of our audience is interested in seeing as many pieces as possible. But then we had the conundrum of how to provide more historical context. So the balance for various audiences really drove the design. The new museum in addition to thousands of firearms being showcased features reader rails of content in every case, many videos that interpret both history of technology as well as cultural history, as well as several media and mechanical interactives.

The challenges involved?
When you have two audiences that are quite different, with variances within each category, we really wanted to make sure we were provided a well rounded history of firearms. In order to get the content balanced and not too technical for some people, we had many people review the content that ranged from your average gun enthusiast to people who know little to nothing about guns, and in some cases people who really don’t like them.

How big is the collection?
We have about 7,000 firearms from 1400 until today and more than 20,000 firearms-related artifacts. The scope is more weighted in American firearms but is also international.
Why do people want to see it, and how many come through annually?
The Cody Firearms Museum is a destination museum for gun enthusiasts, collectors, hunters etc. We have the most comprehensive public collection in the US. About 200,000

In this time of random mass shootings, why is an antique firearms museum relevant?
Our collection actually spans through modern day. And because of that, we try to contextualize all of the ways that firearms have been used in the history of human endeavor, which includes crime and misuse. Since we strive to not get into politics in the museum, we see our institution having the ability to provide historical background for many topics with firearms that are present on people’s minds today. For example, in our Evolution of Firearms gallery, we have an overall evolution of technology, but then delve deeper into different time periods talking about changing cultures. We also have five cultural timelines that address: war, sport, legislation, misuse, and defense. Providing a historical perspective on tragedies can help navigate parts of today’s culture that have changed and parts that have remained the same. 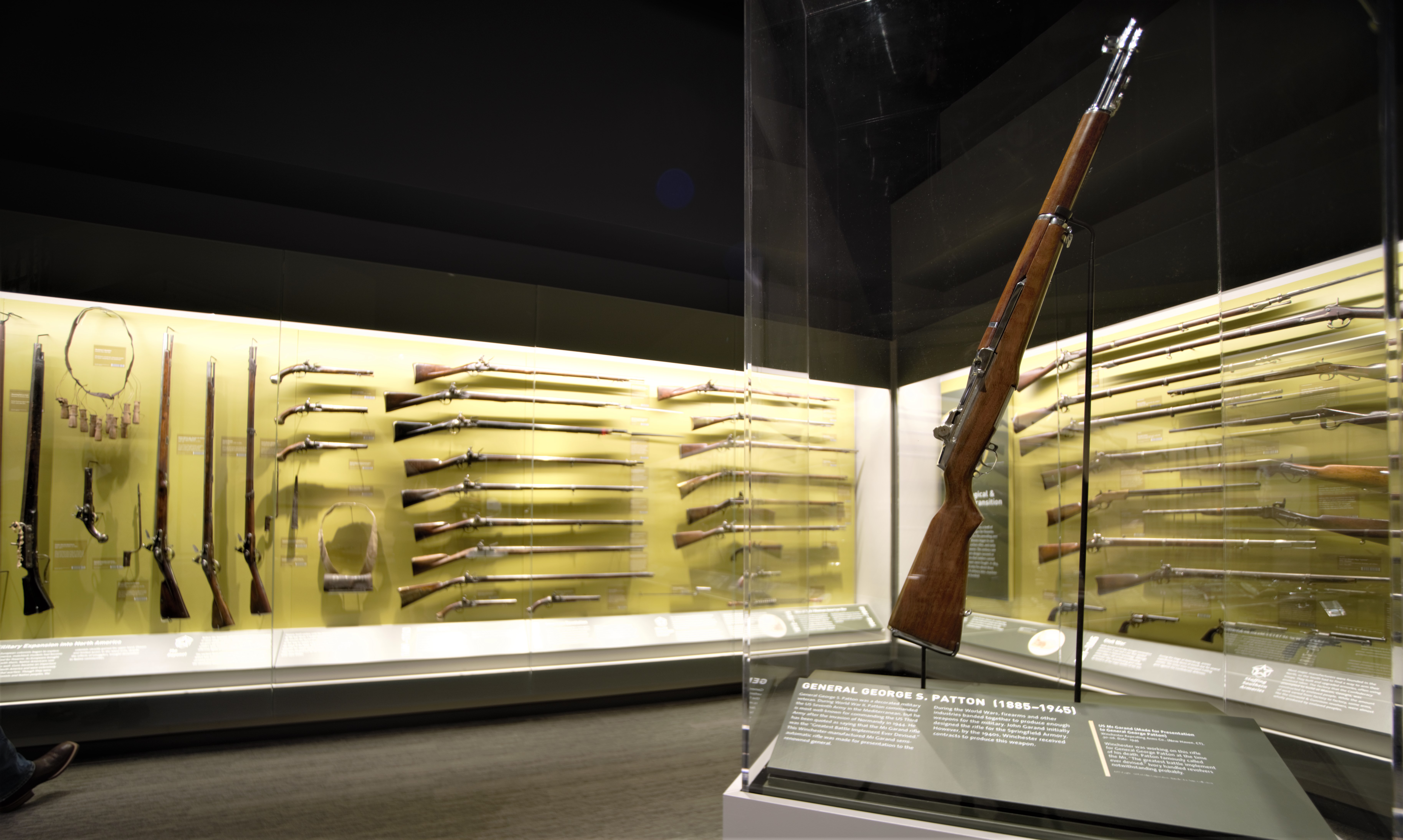 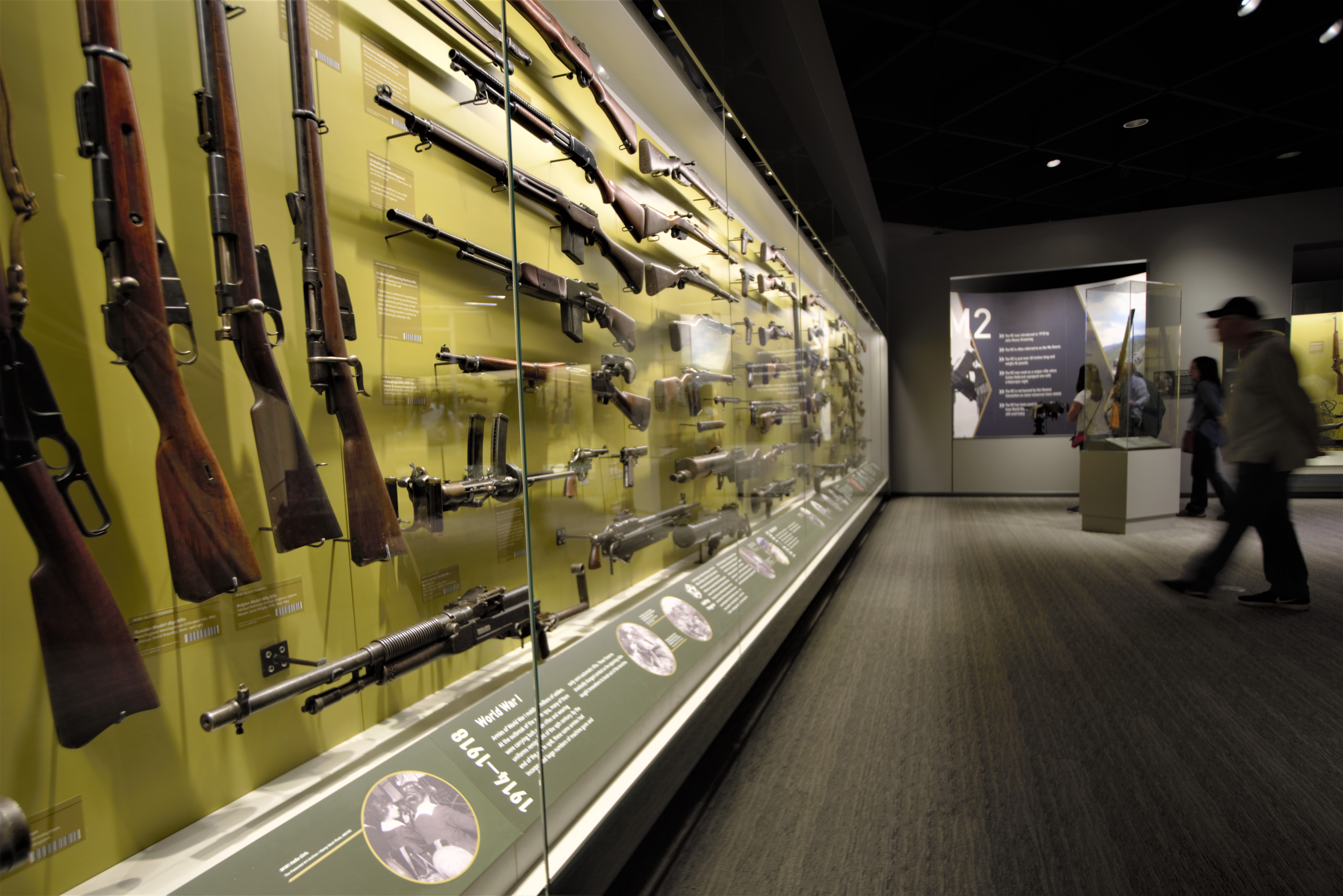 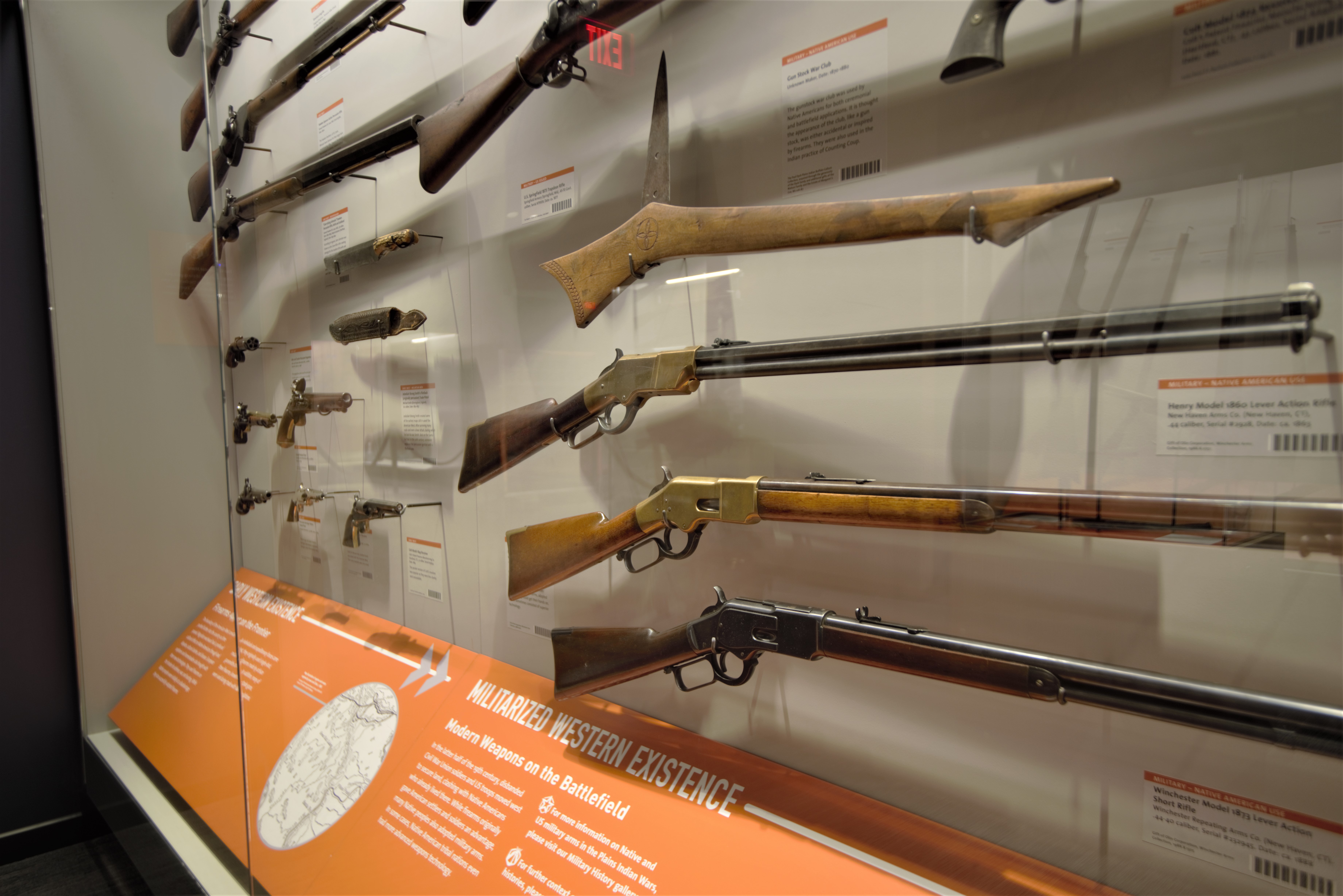 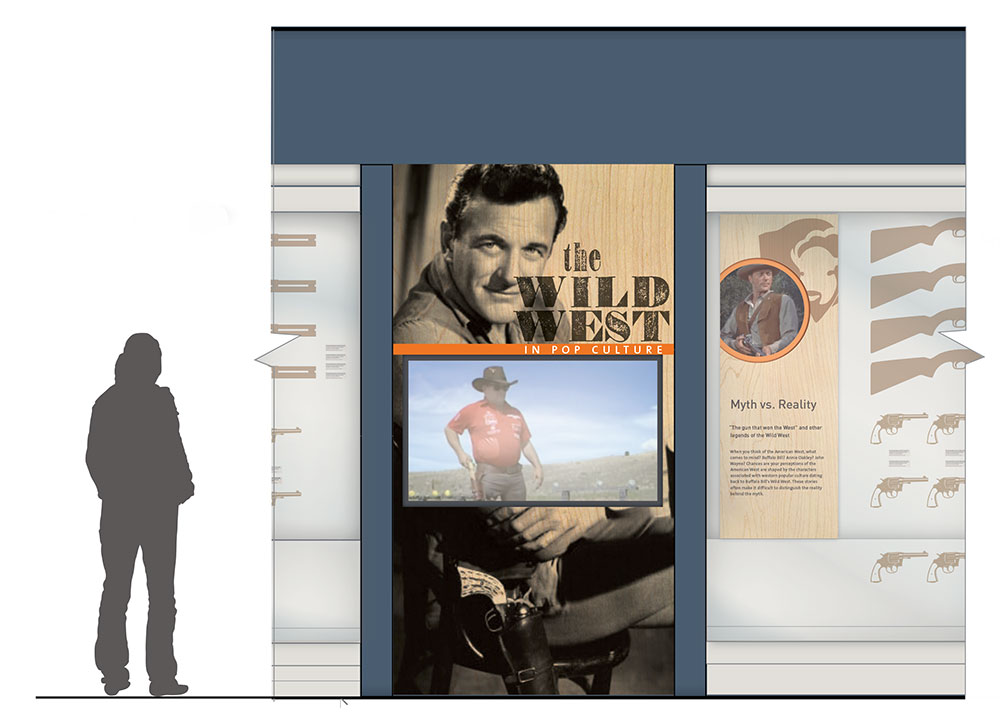 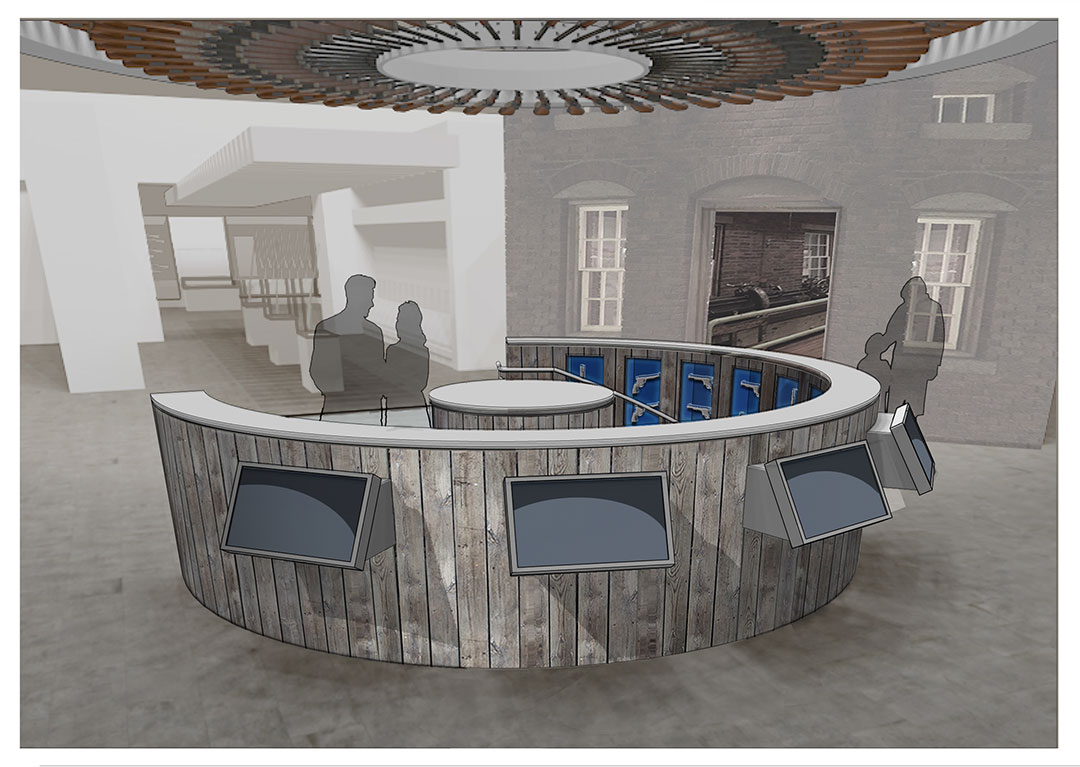 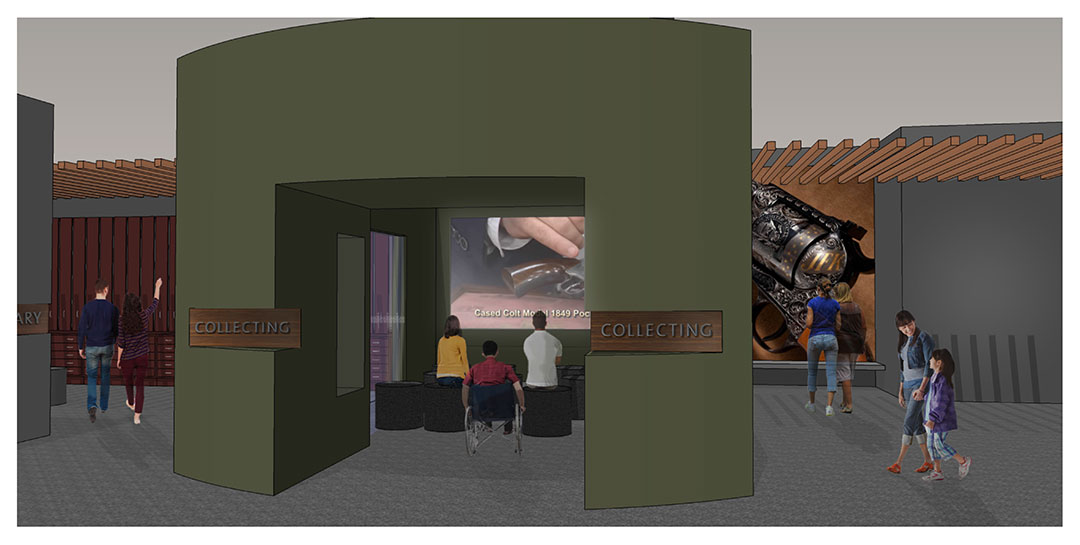 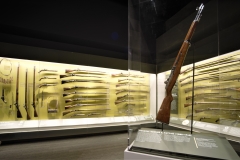 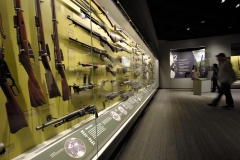 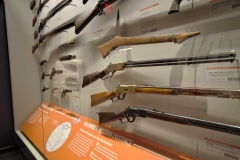 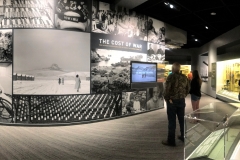 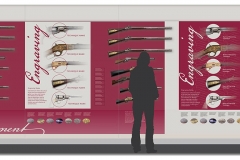 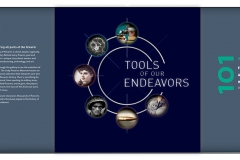 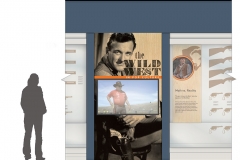 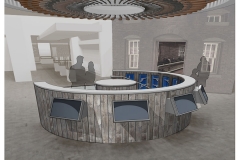 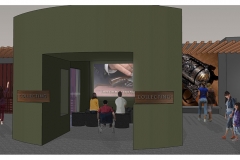 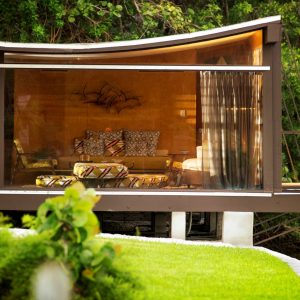 It’s not too soon to start thinking about a visit to Florida in the fall. Especially to Sarasota, where from Nov. 8 - 10, dozens...