A three-phased renovation/addition to a 1960s Brown & Kaufman design in Palo Alto has yielded a new, free-flowing residence.

“There were a lot of built-ins chopping up the space, and so it was closed up,” says Angela Todorova, project manager at Klopf Architecture. “The clients asked us to open it up – to lighten up the space and make it functional.”

They took out the original fireplace, at first replacing it with a gas insert – but eventually decided to remove it, even though it was holding up the roof. “We had to replace part of the beams,” John Klopf says. “We replaced all the flooring where it was, and now you can see the whole open space now.”

With its new addition, the original two-bedroom, 1,863-square-foot house was transformed into 2,364 square feet, with three bedrooms. “They didn’t want to move out, so this is a way they could stay in the neighborhood,” he says.

The original house features a side-to-side ridgeline, though the garage has a flat roof. “We made the front addition with a flat roof also, so the two roof planes work well together for the façade,” says Klopf. “The form and composition came from Eichler Houses.”

Not coincidentally, in recent years Klopf Architecture has restored at least 200 California Eichlers – and counting.

This one’s in an L-shape, so the question was: What to do with the entry if you’re adding onto the front? So the architects created an entry space where a glass wall and atrium come into play. The front door is off to the right in an open, skylit area.

“You come in the front door look to the left and there are windows that look out to the courtyard, and you don’t feel like you’re in a cramped hallway,” he says.

Back in the 1960s, this little Brown & Kaufman home probably sold in the $30,000 range. Today, with its addition and renovation, it’s more likely valued in the multi-millions.

No wonder the clients didn’t want to leave the neighborhood. 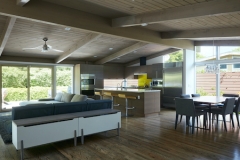 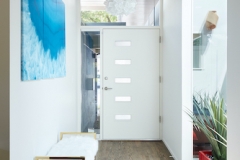 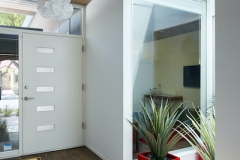 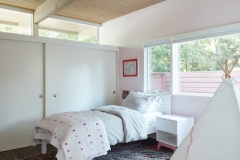 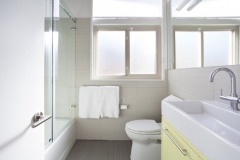 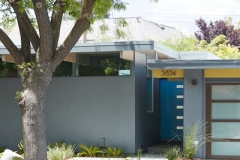 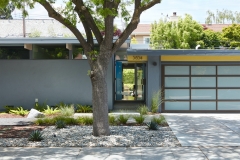 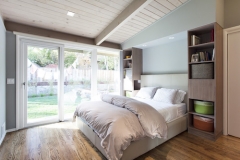 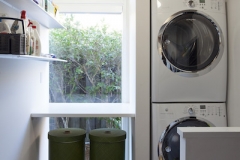 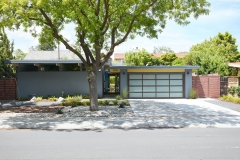 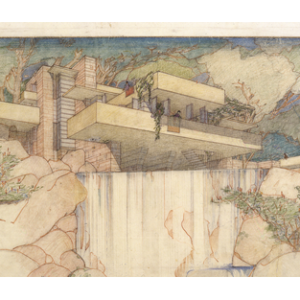 “Drawing Architecture” by Helen Thomas is a book of visually paired images that draw connections and contrasts between...