Since 1875, contemplative prayer has been the order of the day in Montreal’s  Carmelite Chapel.

The sisters of the Carmelite Chapel, the last in the city, use the structure mostly for their own purposes, but open it up to the public on Easter and Christmas.

So when they wanted to refresh the interior of the neo-Gothic chapel for use at night, they called on lighting designer Gilles Arpin and his associates at Eclairage Public.

“It was originally meant to be used in the daytime only,” he says.  “Only two of its windows are real, so we lit the rest of them so that when you’re seated, it looks like sunlight is coming through.”

“We wanted to express something smooth and spiritual,” he says.

The designers were subtle and discreet, using shadow fixtures on top of the vertical columns to avoid breaking into the sacred space.
They installed two 3000K LED projectors, with a fixture on each side of the nave and choir.  Light sources are directed at the pulpit, the lectern and the altar, with the latter now receiving cross-lateral beams for better task lighting levels. Volume lighting from atop the columns comes from 3000K linear projectors that cross the nave while giving the ceiling presence in a uniform manner and highlighting its patterns. The lighting from the base of the columns accents the sculpted elements, refining the column and its verticality.

“We wanted to focus on the altar, and leave the rest as it was,” he says. “We wanted to maintain the space, when it’s lit, as it was.”

It’s a masterful job for a tiny chapel.

For more information, go to http://www.eclairagepublic.ca/ 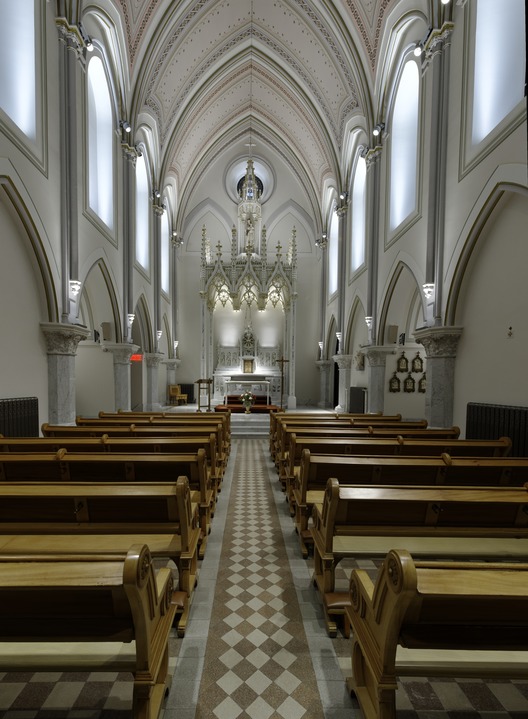 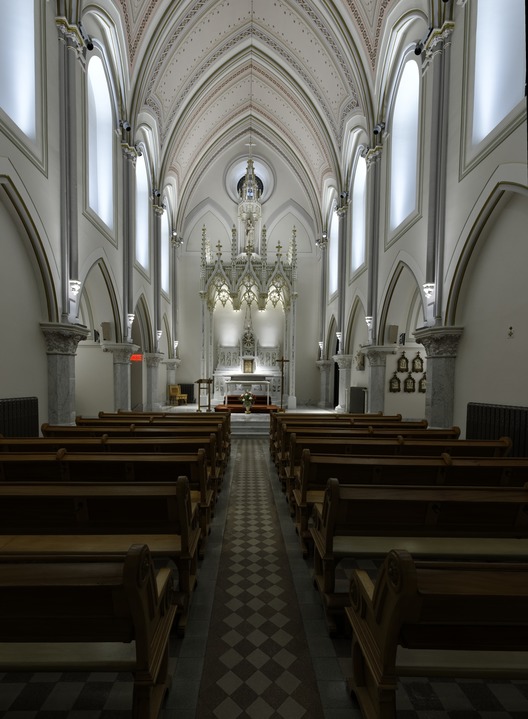 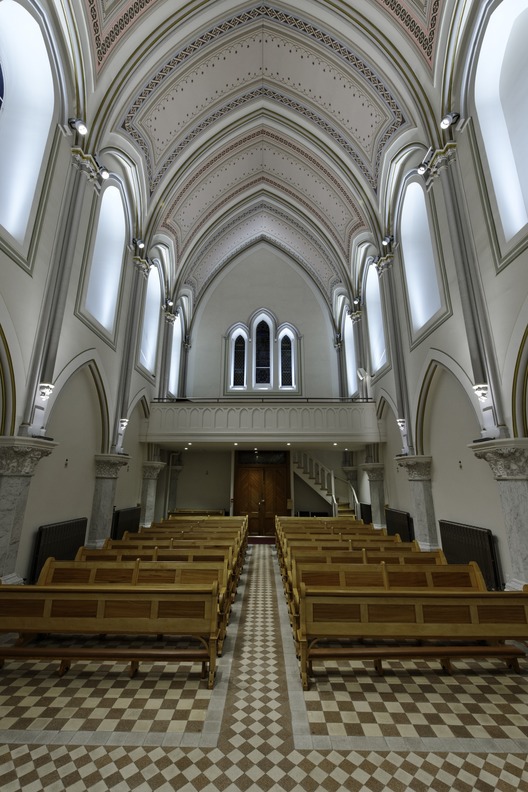 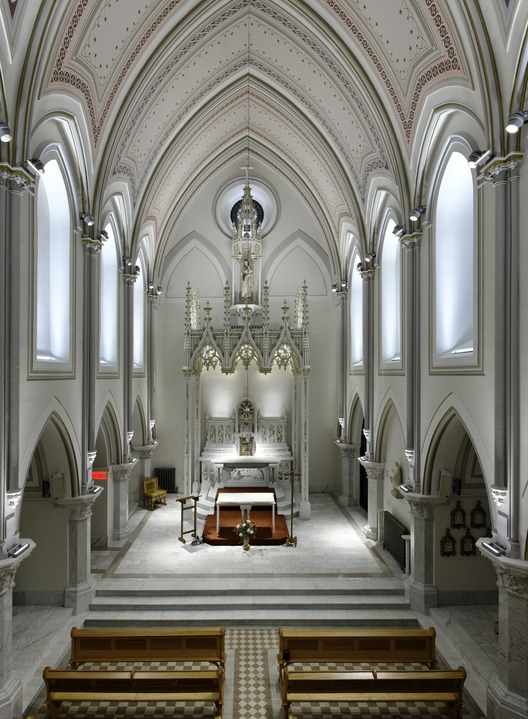 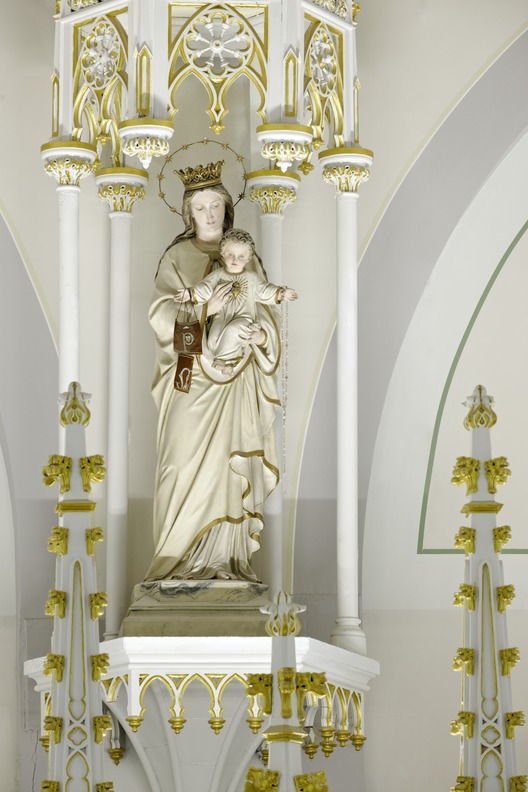 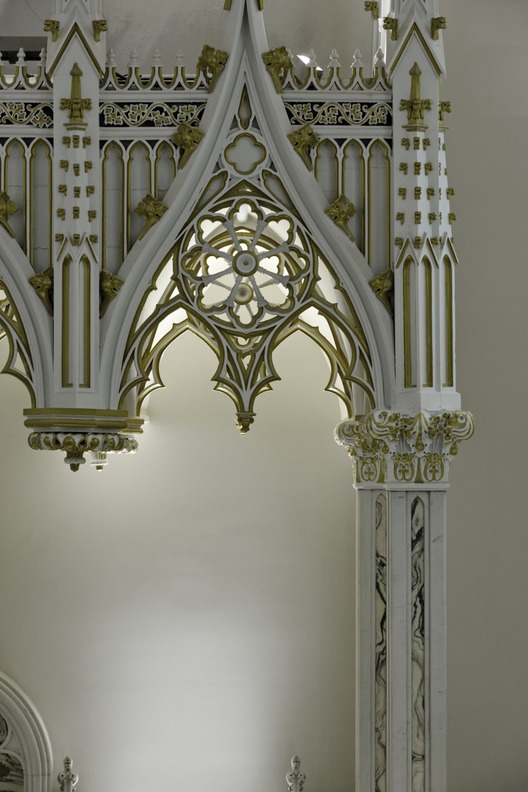 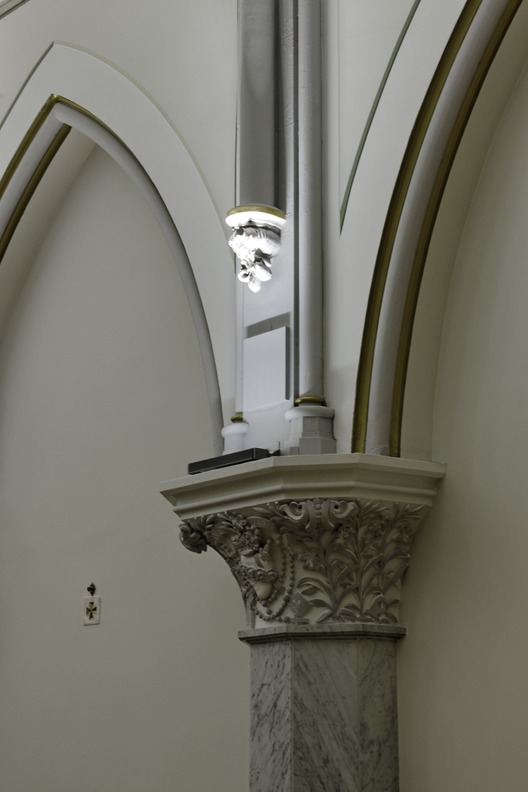 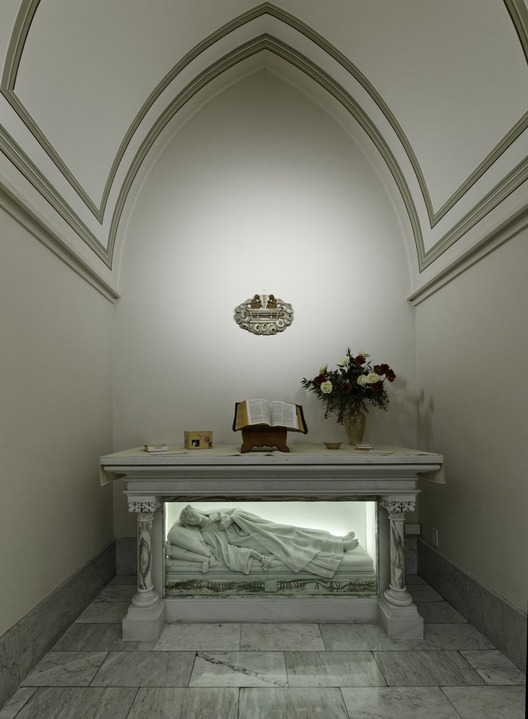 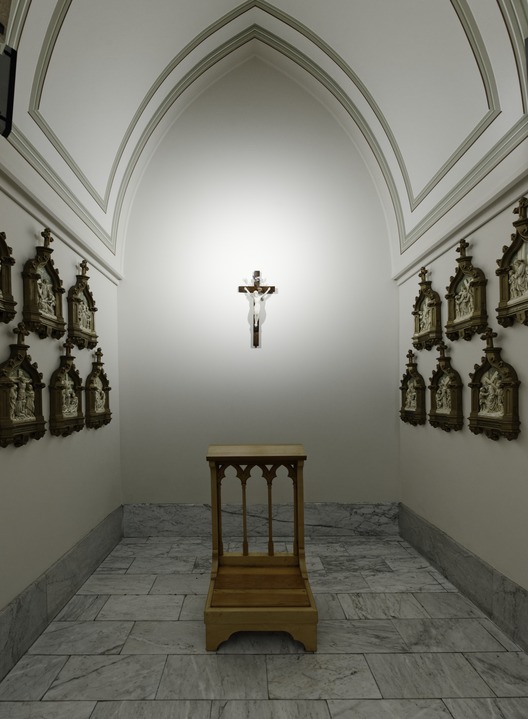 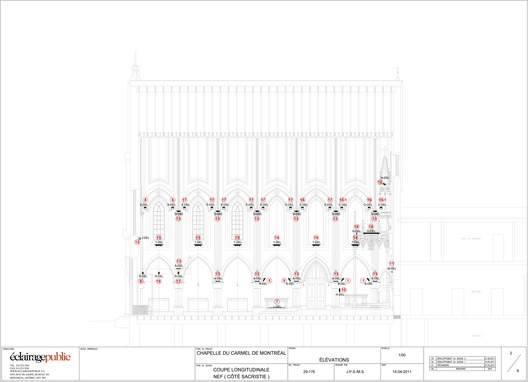 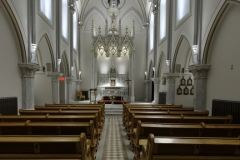 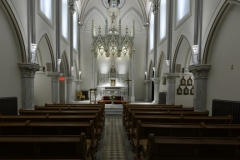 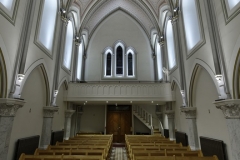 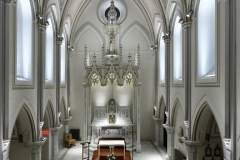 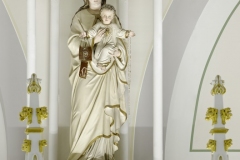 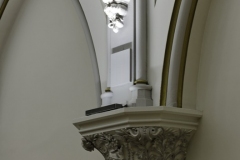 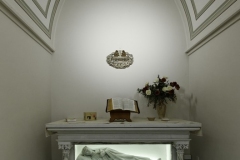 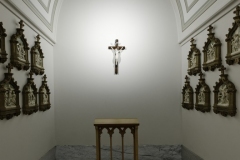 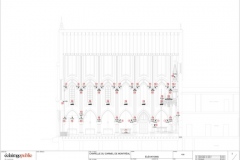 Lisa Jarvis is a California native who lives in New York and designs furniture with hints of Art Deco and Mid-Century Modern. “I...