A down-at-the-heels, 20-year-old yoga retreat, snugged into the woods between the Pacific and Palo Alto, now plays to the strengths of its site.

“The Crescent Realty Group bought it and made it the Canyon Ranch Retreat, but when they started, it was falling apart,” says interior designer Jill Cole of Cole Martinez Curtis and Associates. “The original plan was to fix it up quickly, but it turned into a bigger renovation than they imagined when the pandemic struck.”

That gave Cole time and space to re-imagine the main building’s public spaces and 14 guest rooms – along with 24 existing treehouses (!) on site.

Her assignment – in collaboration with John Matthews Architects – was to turn the property into Crescent’s third Canyon Ranch Retreat; two others are in Arizona and Massachusetts. This was to be a prototype of sort, because the developers planned to build more across the country.

But this site is one of a kind. “The property is so beautiful – it’s so incorporated to the outdoors and indoors,” she says. “The treehouses are literally up on stilts – you walk across a bridge to get to them, and then you’re really living in the trees up in the woods.”

She embraced the location, expressing it to the absolute maximum, so that guests feel like they’re living in a forest. “This is not a place where you walk in and say: ‘What a great chair,’” she says. “Instead you look at the exterior, because this is a frame for that.”

She designed each guest room as a welcoming sanctuary, ranging from 416 to 434 square feet, and accommodating two visitors comfortably. Large windows flood the spaces with natural light, to tie indoor and outdoor elements together seamlessly.

“We didn’t change the shape of the guest rooms – the footprints stayed the same,” she says. “There was some redoing of the baths, but it was mostly cosmetic.”

Public areas were scraped clean, with new finishes, lighting and furnishings added. Dining and common living spaces on the 14-acre grounds include the loft – a double-height space where guests unwind by a fireplace or perch on wraparound decks. A boutique spa with treatment rooms features floral tile patterns and metal frame mosaic, with intimate nooks throughout.

New construction was kept to a minimum. “There’s an indoor/outdoor bar added that was carved out of existing space,” she says. “We opened the kitchen to the dining room for cooking classes.”

The main building is three stories, with a walkout to the woods on the first floor. The upper levels feature terraces outside that reflect the look, feel, and furnishings of the interiors.

And there’s a bonus: “On a good day you can see the ocean,” she says. 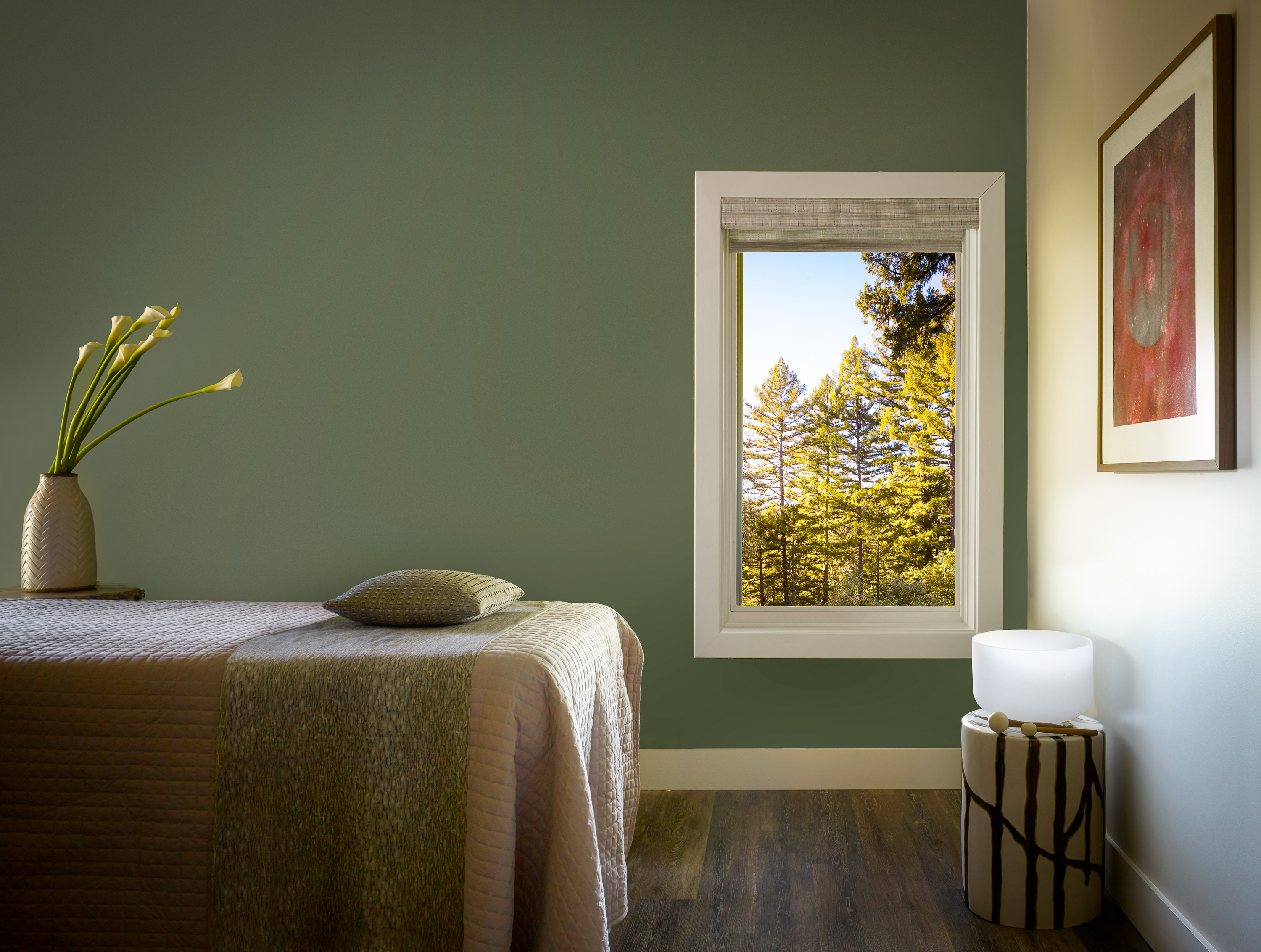 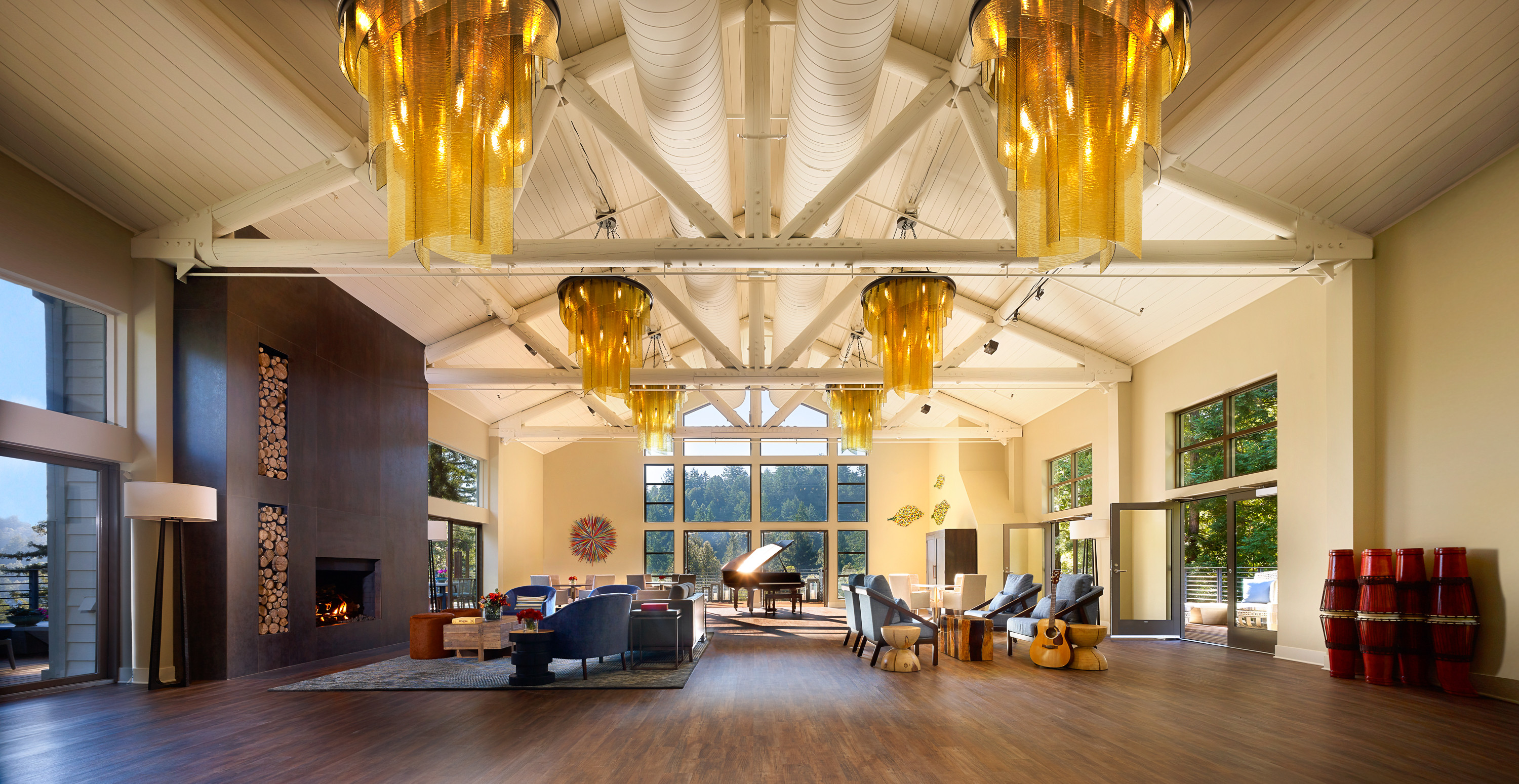 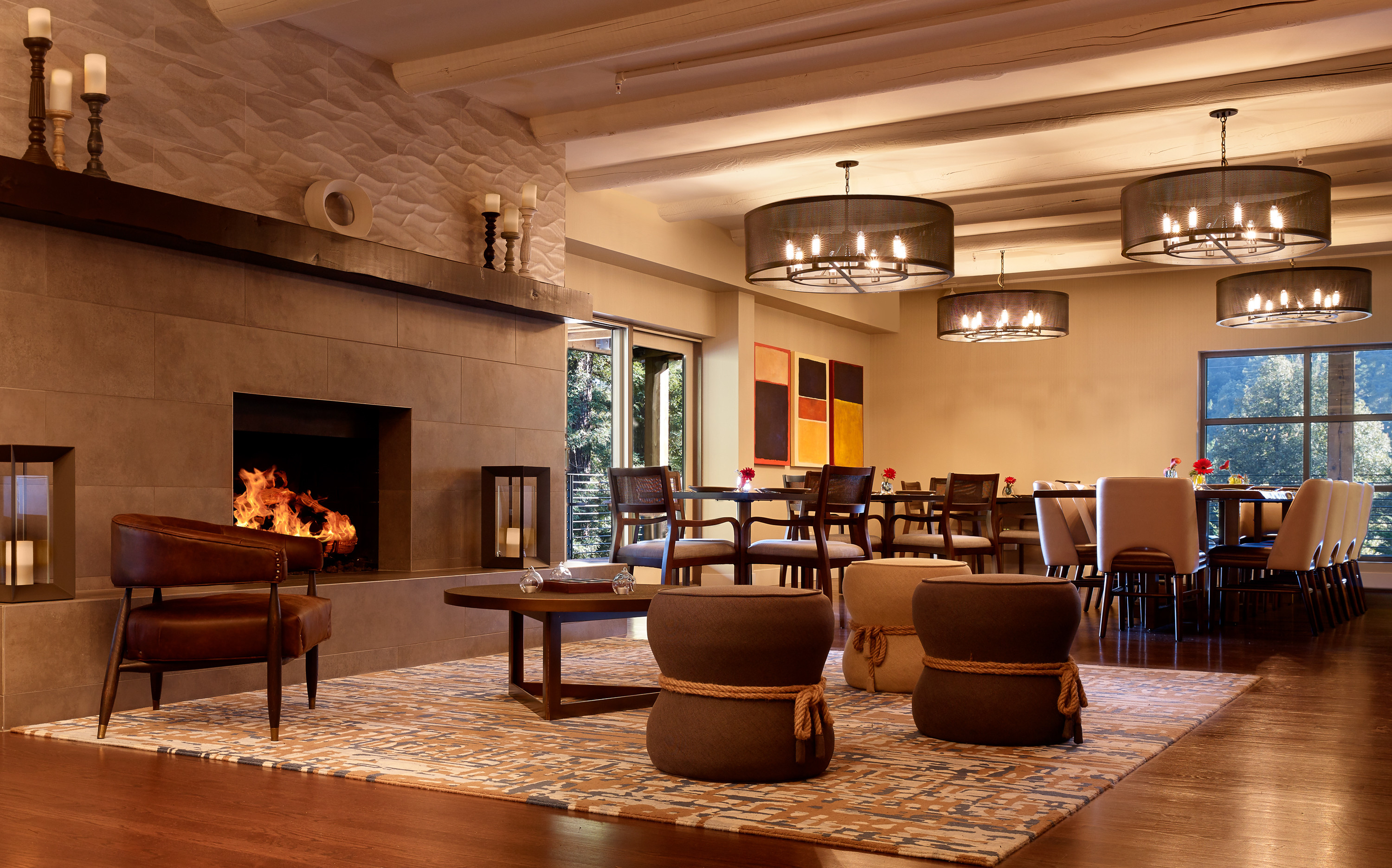 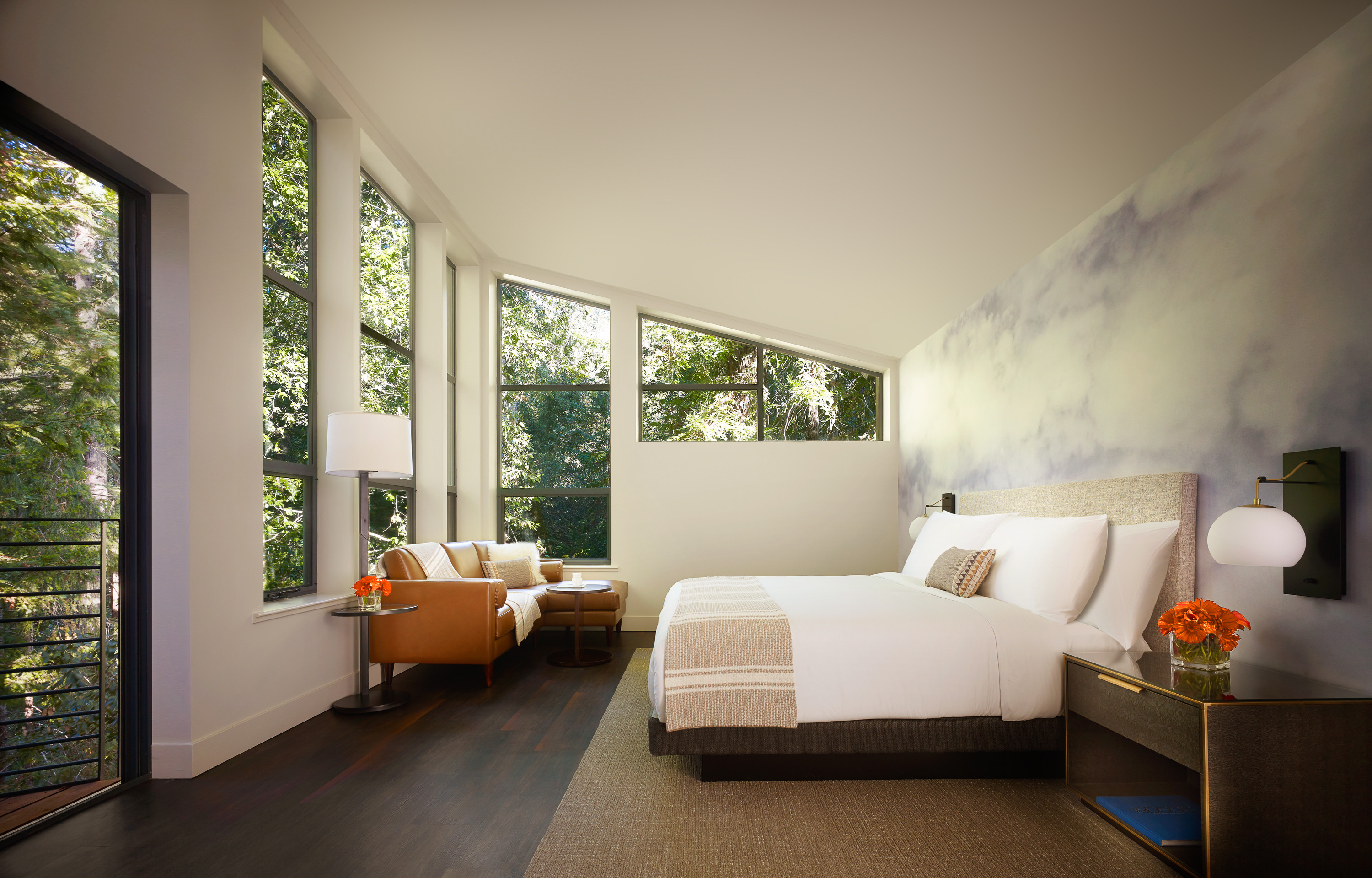 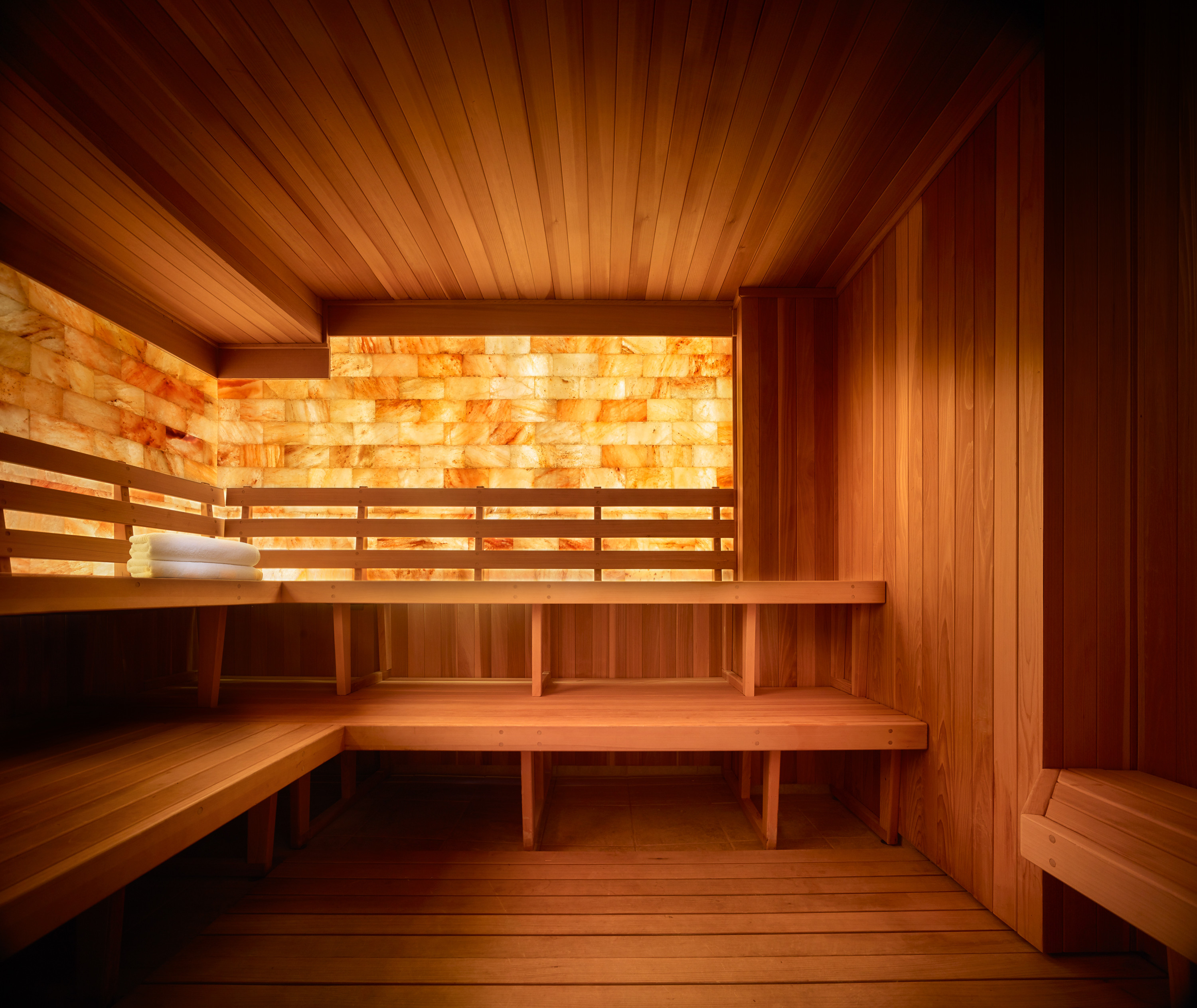 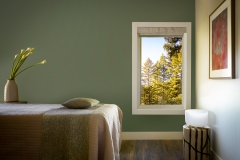 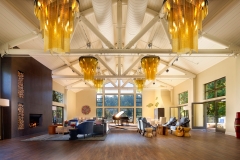 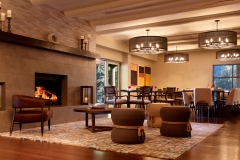 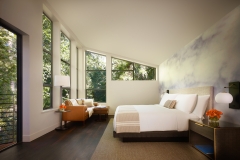 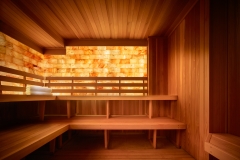 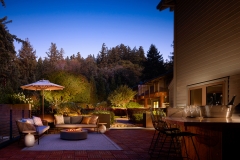 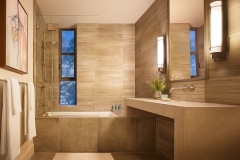 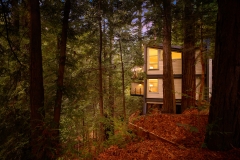 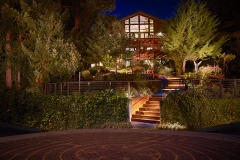 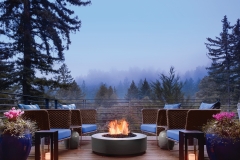 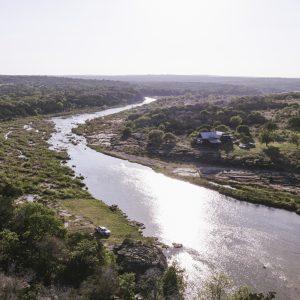 Blake Smith and Sarah Contrucci are out to take the rough out of roughing it. Smith’s the founder and CEO of Walden...