Architect Steven Park, who works at Solomon Cordwell Buenz in Chicago, has undertaken what many might consider the most daunting of tasks: He’s redrawn 130 of Le Corbusier’s perspectival sections, as well as plans, sections and elevations of exterior forms and interior spaces.  His work is contained in “Le Corbusier Redrawn: The Houses,” from Princeton Architectural Press.  We’ll cover it all in posts today and during the holidays next week.

In 2001, right after I had finished my undergraduate studies, I began this project as an exercise in training myself to see quickly and clearly in three-dimensions the architectural ideas represented in plans, sections, and elevations, just as a trained musician can hear a symphony while reading a score.  Selecting Le Corbusier’s work to study was purely a subjective choice, although I had always liked the few of Le Corbusier’s buildings that I knew, as well as his writings.

Another reason for selecting Le Corbusier was his discernible influence on the generation of architects that followed him – to name a few: Tadao Ando, Frank Gehry, Steven Holl, Richard Meier, Paul Rudolph, I. M. Pei, Williams/Tsien and many other less well-known architects whose work I liked. What struck me as surprising was how I could see Le Corbusier’s influence in their work, but their architecture was yet uniquely their own.  It was this continuity and transformation that led me to search for the “fundamental elements and principles of architectural design that manifest themselves over the course of human history,” partly hoping that what I found would be useful for my own professional work.  This way of thinking – of borrowing from history – is, of course, nothing new.

My first task in this exercise was learning about the dimensions and shapes of basic spatial enclosures.  The second was gaining a sense of Le Corbusier’s use of materials, and the third, inseparable from the first and second, his use of light. These last two elements also bring in the dimension of time

As a novice architect, I could try to achieve this in a vacuum with my own designs, either in work for competition submissions or as theoretical exercises, but then how would I check my experiments?  Instead, I wanted to study built projects in order to compare what I have learned in my small room with realized forms.  I needed built examples as reference points.  I thought that through this study, the spaces that I conceive in my mind would be closer to their counterparts in reality, should they be built. Therefore, I was working to tune my dimensional and scalar senses with dimensions of reality.

I also faced the question of how well one can know a building.  A few years into the project, I came across a book by André Wogenscky, Le Corbusier’s Hand.  Wogenscky describes one of his days at Le Corbusier’s studio:

“He (Le Corbusier) knew the architecture of the past very well, even from those periods he did not like very much.  […]  Early in 1937, while he prepared the Pavillon des Temps Nouveaux, he asked me to draw a great view of Paris as seen from a plane (not too much to ask!) to show the four business towers where he was to centralize all office space and to show as well that all of historical Paris was preserved.  He mistakenly thought that a young Beaux-Arts student like me would be highly accomplished in all types of perspective drawing.  It was necessary to draw a small Panthéon from a corner on high on the right-hand side.  I mumbled.  Le Corbusier arrived.  ‘What?  A Beaux-Arts student like you, is that the way you know classical architecture?’   And he started drawing in great detail the whole of the Panthéon, showing me how Soufflot had planned the columns, the pediment, the cornice, and the drum. He had the Panthéon in his eyes and in his hand.”

Initially, the project’s thrust was navigating through the computer 3D models and understanding the interior spaces of buildings that I could not visit or that had not been built.  However, this method had its limitations, even as visiting a building does.  For instance, when I visited the Serralves Museum by Alvaro Siza, I was amazed by its spatial varieties and felt very aware of the journey through the building that the architect had so carefully choreographed.  But in order to find the architectural devices that Siza used, one has refer back to his drawings.  In other words, a series of snapshots of interior perspectives was not going to help me understand complex relational dynamics that existed among different building components.  Sectional perspectives, when studied alongside plans, sections, and elevations, did a better job of revealing a building’s internal organization than a series of interior perspectives.

Another reason for starting this project was Waro Kish’s work.  He writes in an introduction to the book PROJECTed Realities, published as a catalog accompanying an exhibition of his work at Gallery MA, “I wanted to see if a work that had been realizedon a material level was still able, when expressed once more as a project, to convey a message on an abstract level.”  As Kishi had done, I wanted to “reduce works that have been built to the level of model and drawings once more” and help convey Le Corbusier’s architectural ideas embedded in his houses.

Bridget Shim of Shim and Sutcliff writes, “Modern houses played a powerful role in the development of architecture in the twentieth century expanding and redefining the possibilities for architecture, and through domestic scale, have been an important laboratory for experimentation and the exploration of new ideas in design.”  So I thought I should focus on the houses.  In addition, in studying the drawings of Paul Rudolph, I felt that sectional perspectives do not work as effectively for long or tall buildings, so my method seemed most suitable for small- to medium-scale projects. 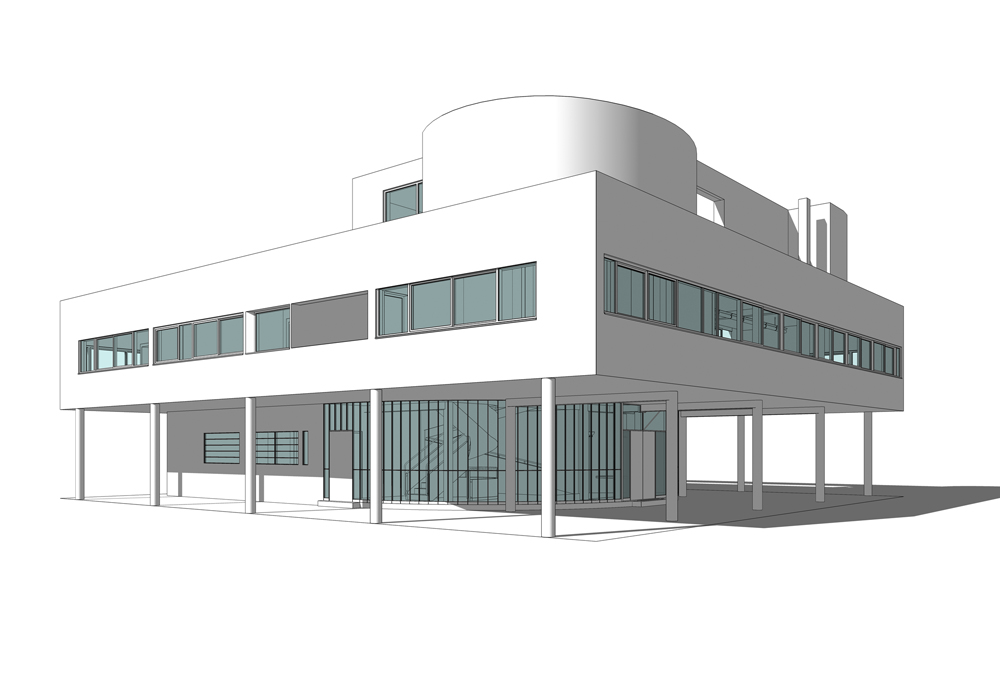 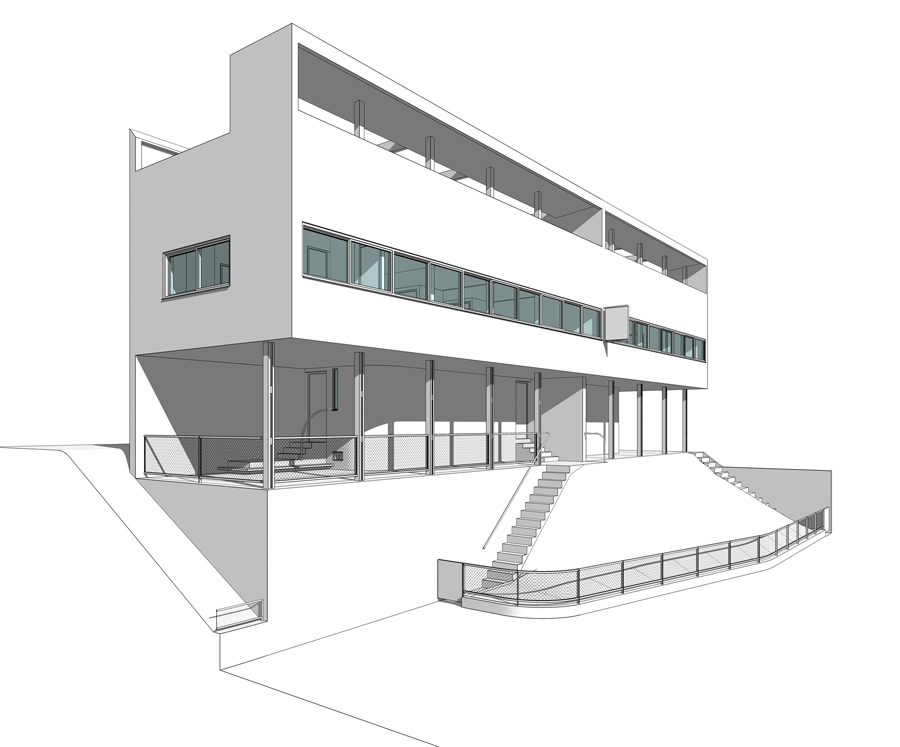 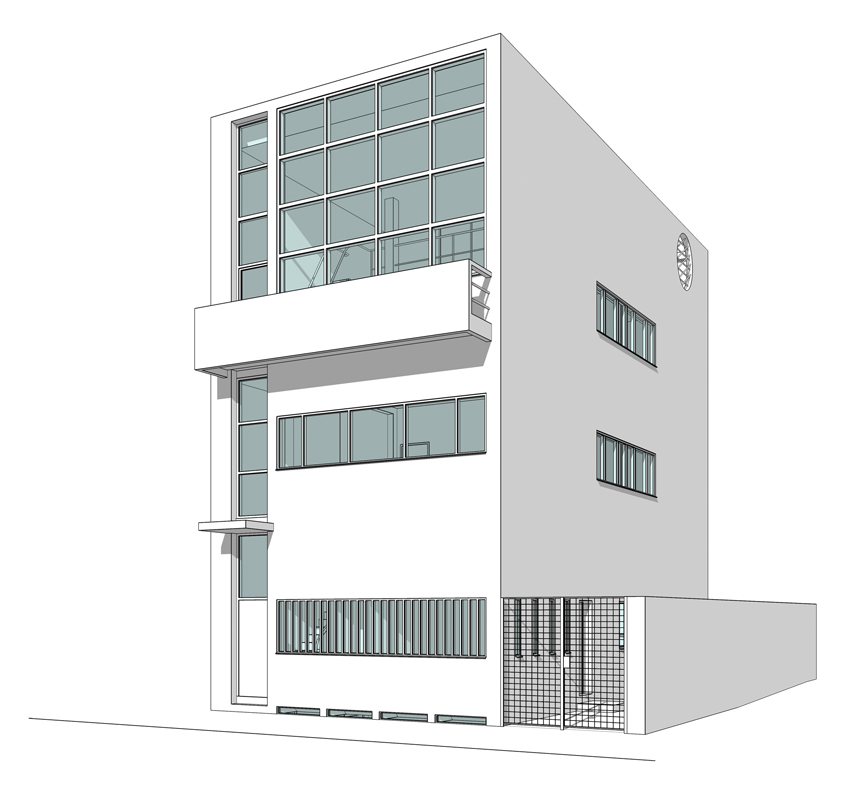 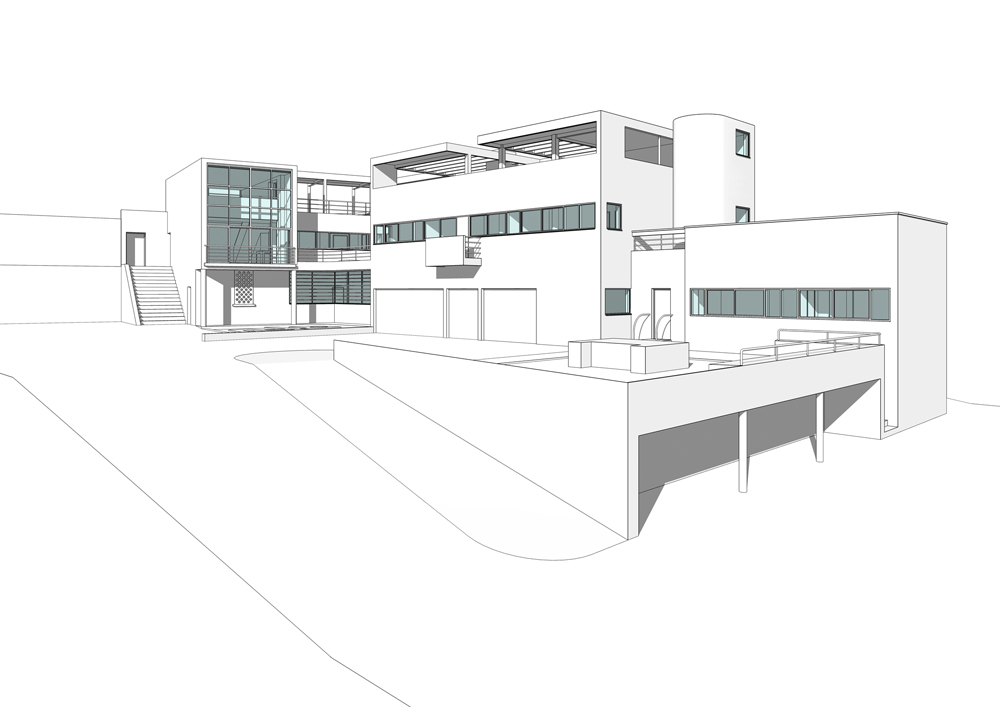 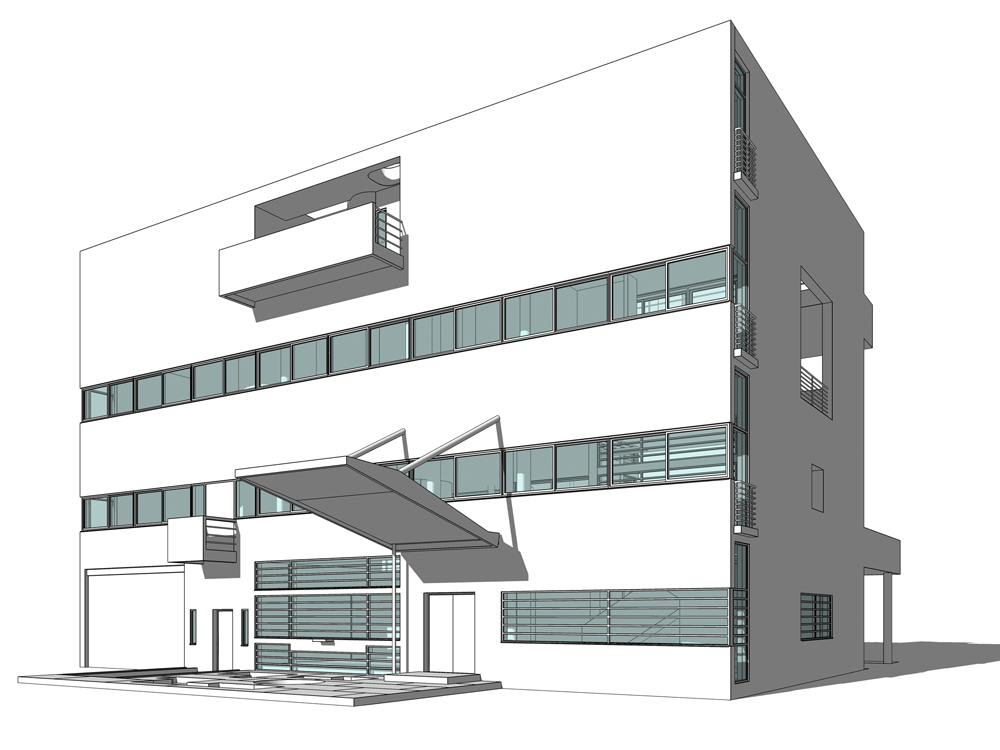 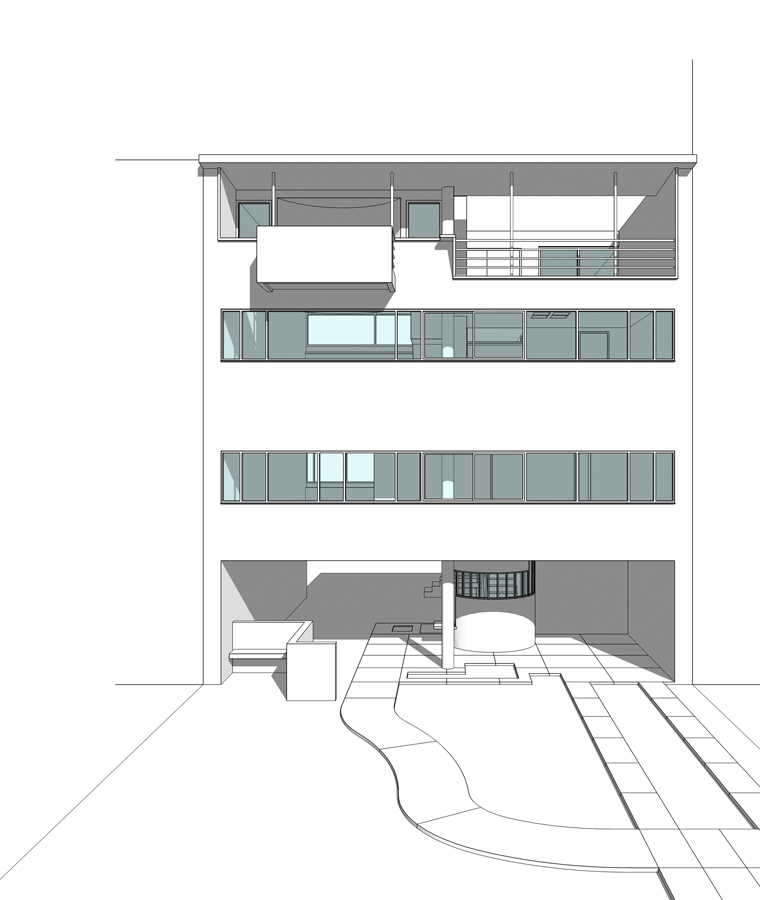 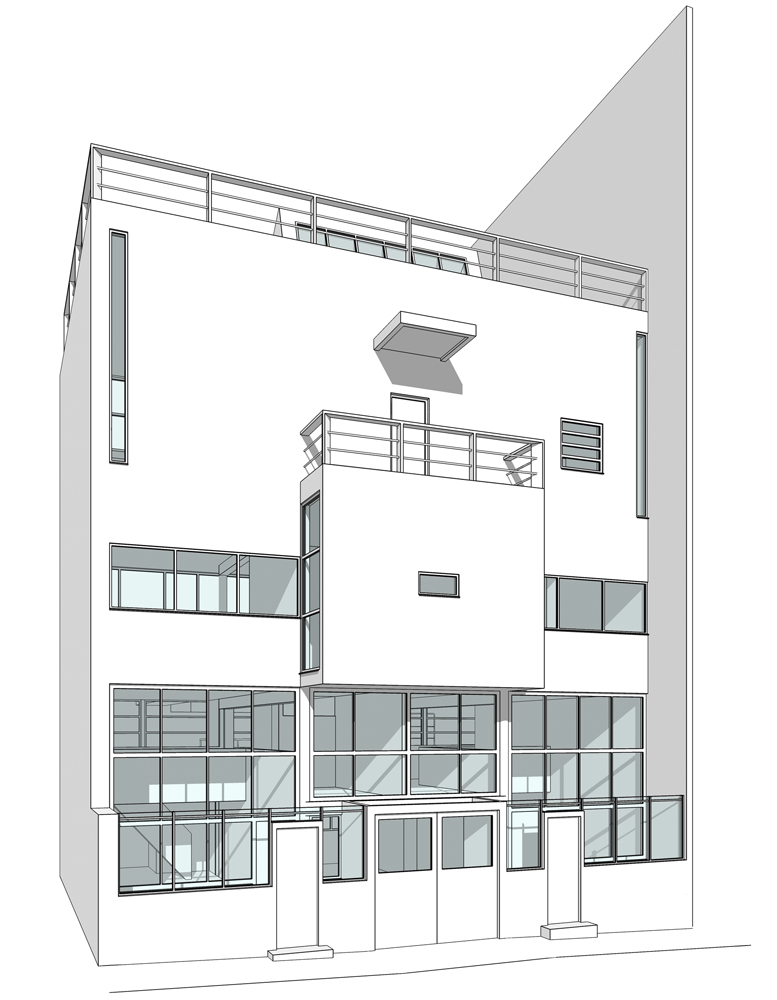 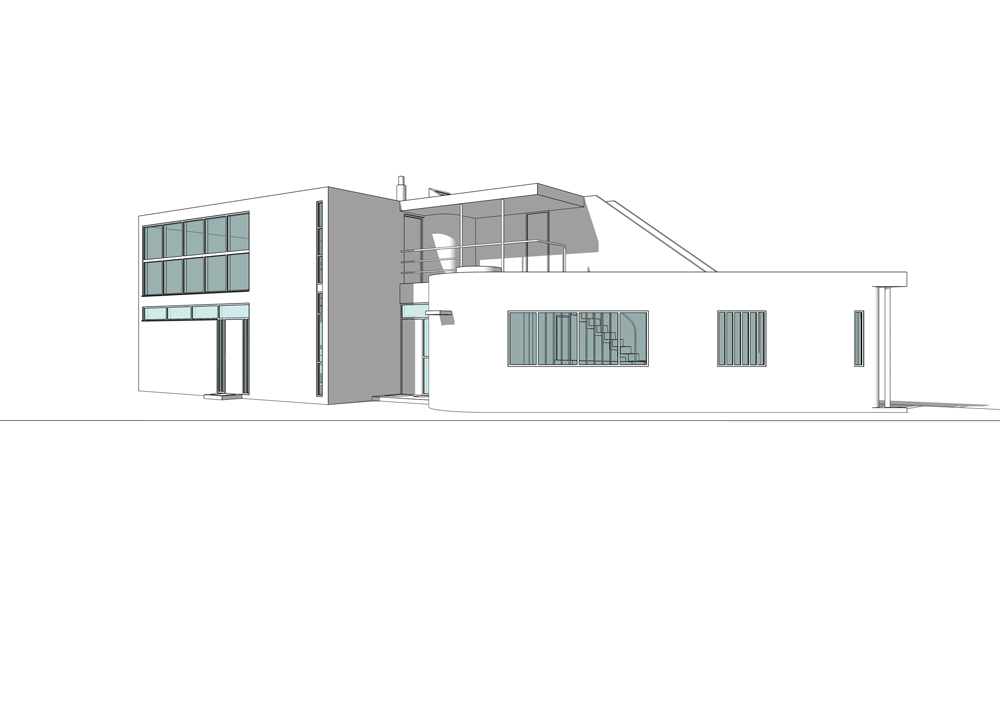 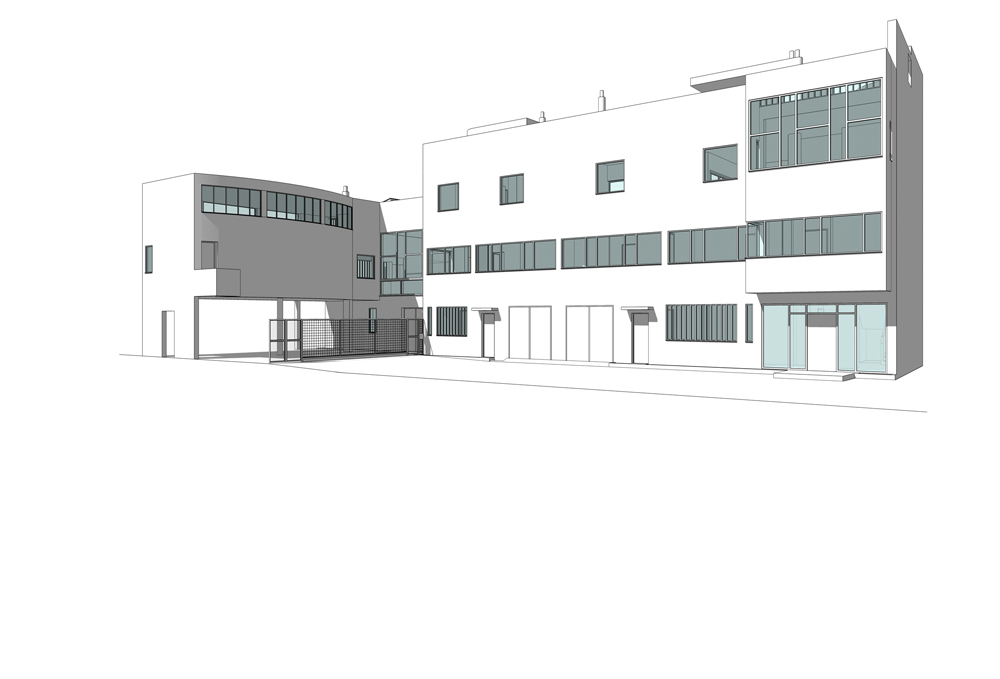 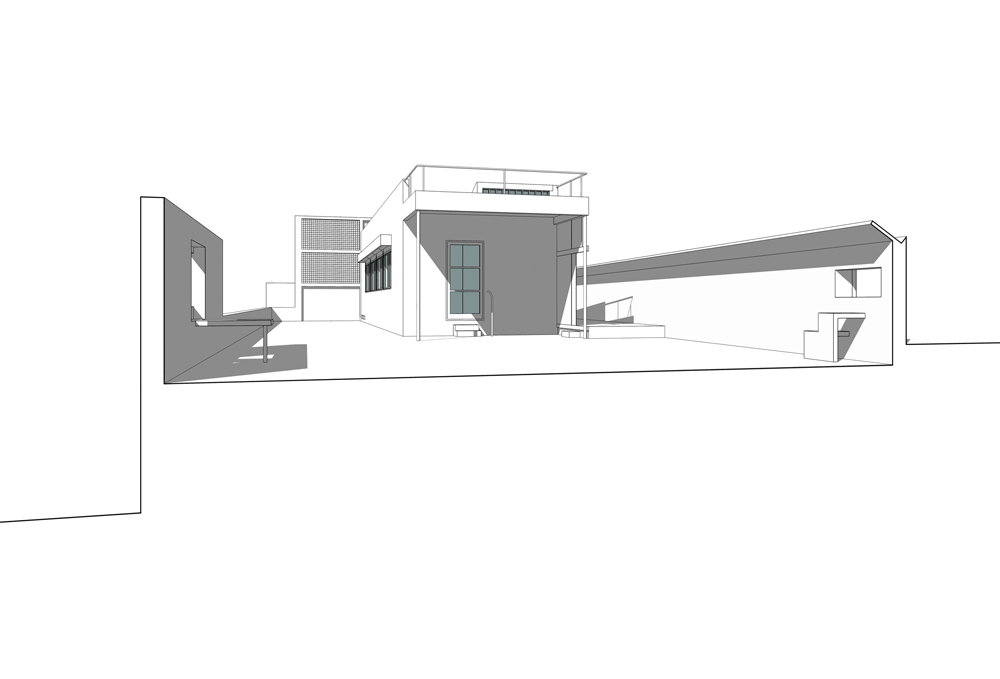 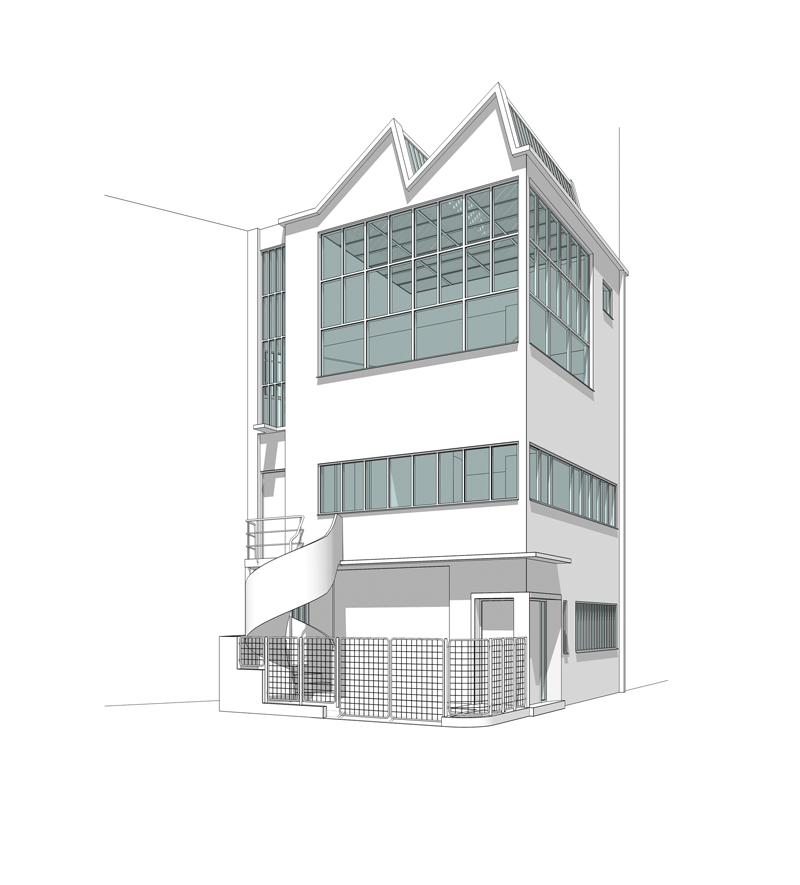 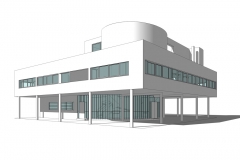 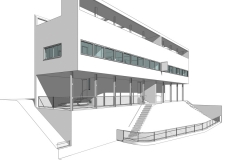 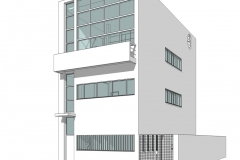 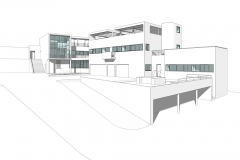 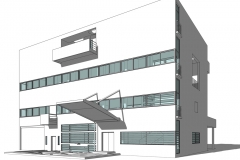 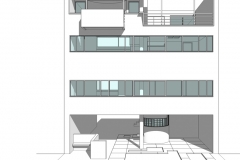 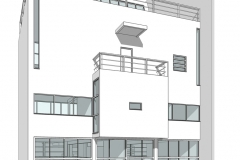 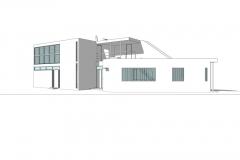 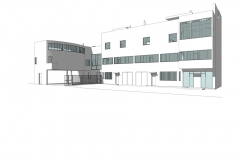 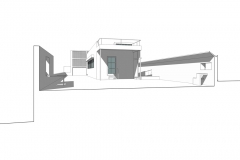 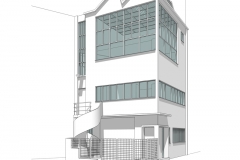 A+A scores again – great article/interview – and kudos to Stephen Park for undertaking such a daunting, yet noble, task. The “Raven” would be grateful and proud, I’m sure.

Let’s say you’re a pair of young and talented Boston designers, ready to open a museum after running workshops for years...