Raggin’ On at the Columbus Museum of Art

When African American folk artist Aminah Brenda Lynn Robinson died in May 2015, she left her house and all its contents to the Columbus Museum of Art in Ohio.

Little did the museum curators know what they would find inside.

“She was born in Columbus in 1940 and knew she wanted to be an artist early on,” says curator-at-large Carole Genshaft. “For seven decades she worked out of her house not far from the museum.”

When they did open the door, the curators must have been as wondrous as Howard Carter when he first peered into King Tut’s tomb.

“There was work from when she was five years old, as well as her work in art school, and then her library – 60 boxes of books that she would write in and draw in,” she says. “They’re quite fascinating.”

All her life, Robinson’s art was documenting the African American neighborhood of Poindexter Village and nearby Mount Vernon Avenue. “Poindexter Village was public housing in 1940s, and it’s where she had a secure and wonderful childhood growing up,” she says.

Whenever Robinson began a series of work – and there are 45 series of art from many years – she would do her due diligence and then write about it. “Then there’s the art she traded with other artists,” she says – all of it was in the house.”

A museum committee decided that a renovation was in order, and that it would make a perfect home for African American artists in residence. But first, the entire contents of the home needed to be documented and archived.

It would take five years before workers could begin renovation. It’s now complete, and awaiting its first artist in residence, though a house manager/artist is living in it currently. “He was a friend of hers and was inspired by her,” she says.

Inside is a work of art in the kitchen called “A Tree Grows in Brooklyn” that takes up much of the space there. Robinson also drew on her kitchen cabinets and drawers. “We cleaned them up and put them back,” the curator says.

Upstairs is a room converted from a small bathroom to a writing room that the museum reconstructed. And when she won a McArthur award, she used the money to build an art studio out back. “She called it a sanctuary, and very few people were invited in,” she says. “It was filled with writings and art.”

An exhibition of 200 pieces of her archived art, one called ‘Raggin’ On’, opened on the first floor of the museum’s new wing on Nov. 19. It was shut down due to the pandemic, but reopened two weeks ago. The museum’s in the process now of pulling together a virtual tour of the art exhibit.

The house, though, where Robinson invited visitors to draw on the walls, surely is the real experiential art here. “We’ve worked to preserve her spirit so that the artist in residence is aware of that,” she says. “He’s coming in June.”

He’ll have a lot to live up to. 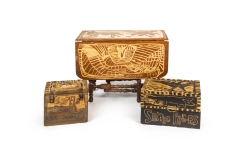 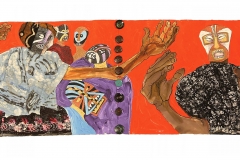 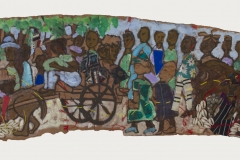 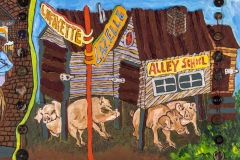 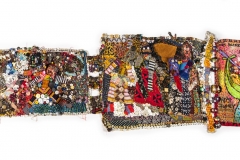 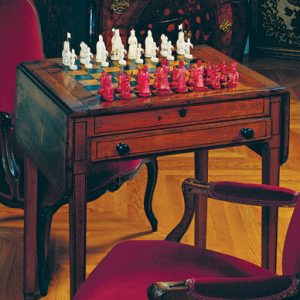 Now that "The Queen's Gambit" on Netflix has sent chess set sales soaring into the stratosphere, it's time to take a look...