‘Pure Ornament’ on Exhibit in Charleston

On April 4, Ann Long Fine Art in Charleston, S.C. will host the inaugural exhibition of work from students at the Academy of Classical Design in Southern Pines, N.C., titled “Pure Ornament’.”  D. Jeffrey Mims, director of the academy, will be giving a lecture on the exhibition on April 3.  A+A recently interviewed him via email:

Why call the show and lecture “Pure Ornament”?

The title alludes to an idea set forth by the American muralist Kenyon Cox in his treatise, “The Classic Point of View”:

If I could have my way in the training of young artists, I should insist upon their spending a good deal of time in the study and designing of pure ornament; that they might learn how independent fine design is of its content and how slight may be the connection between art and nature.

While inroads are being made into a recovery of the nearly lost art of figure drawing and painting, very little attention has been given to what many would consider to be its ultimate application – mural decoration, as part of the western classical tradition of the allied arts.  In this context, the figure is one of any number of design elements used in orchestrating a larger ornamental framework- joined in this task perhaps by painted architectural borders, panels, geometric patterns and other devices.

There exists a classical canon of ornament, the learning of which was once a regular part of an art student’s training, like anatomy or perspective. The ability to draw regular, repeated geometric or foliage based patterns is an important bridge linking pictorial art to architectural space. The process involved in creating any sort of ornamental pattern from nature requires a type of structural thinking which is critically important for visual artists and is essential to understanding the mechanics of stylization as well as the idealization of human form. The decoration of a building is first of all a matter of design – dividing space and then ornamenting it.

Whose work is being featured?

12 students of the Academy of Classical Design, who will be exhibiting a variety of works taken from actual, historical examples of this genre.  From delicately tinted wash drawings in walnut ink to full color transcriptions of intricate Renaissance designs, each work has been patiently executed by hand to create an object of individual beauty, with the intent of suggesting its potential use in a broader sense.

This is the Academy’s first exhibition?

Yes. My teaching philosophy does not generally encourage an early entry into the commercial world, but the concept behind this exhibition is to showcase our Mural Guild, which has been created to prepare our students for collaborative work in decorating traditional public spaces. We are also exploring the idea of having our students collaborate on academic projects with students from the School of Architecture at Notre Dame, with a nod  or, perhaps, full bow – to the founding vision of the American Academy in Rome.

To my eye, Charleston is one of the few cities in the US that has for several reasons, paid respect to its architectural heritage through its commitment to historical preservation as well as its lack of enthusiasm for erecting monuments to modernism’s ostensible “radical break with the past.” What better place to showcase ornamental works from our academy?

In 2009 during my three month stay at the American Academy in Rome, I spent time researching the early history of the institution and its emulation of the much older French Academy in Rome. Both of these institutions had been established for the purpose of studying the classical and renaissance treasures of the Eternal City, and both produced beautifully detailed studies of architecture and ornamental details, such as the famous collection by Hector d’Espouy.  The project considered to be of paramount importance during the early years at the American Academy was a competition among teams representing the allied arts, (architect, landscape architect, sculptor and painter) called the Collaborative Problem. These annual competitions produced beautiful drawings in their own right, and represented the highest aspirations of the Academy, to train designers who would return to the US capable of producing magnificent architectural ensembles, setting standards for the future.

Is the work in the show offered for purchase?
Yes.

For more information, go to http://www.academyofclassicaldesign.org 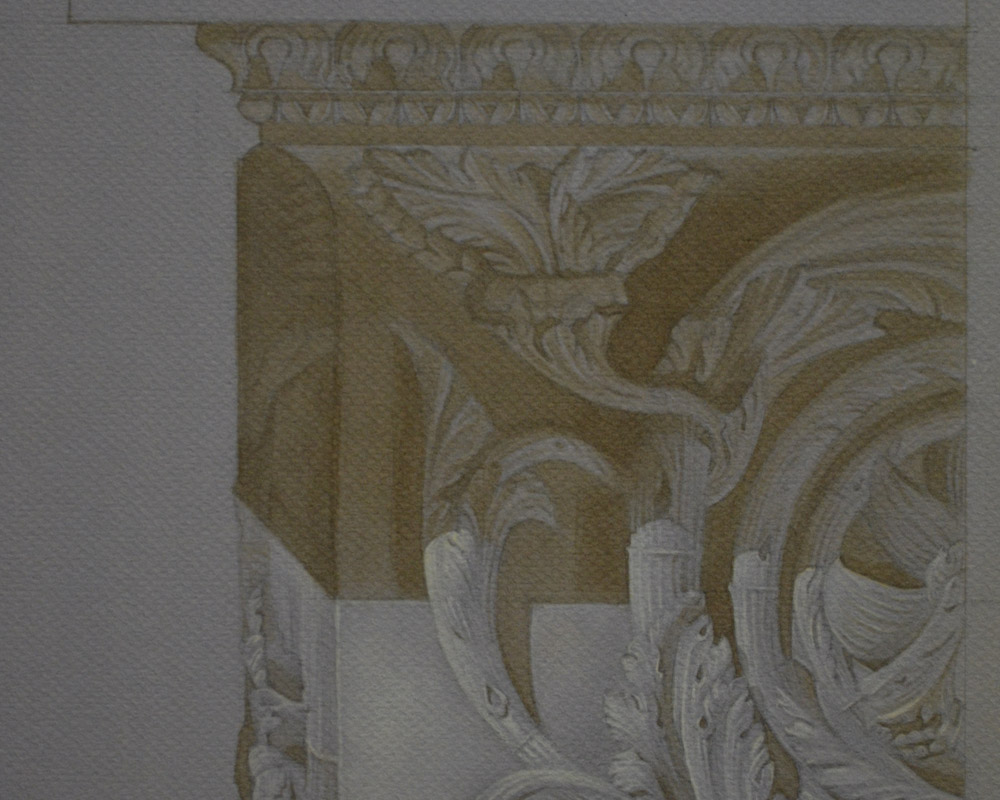 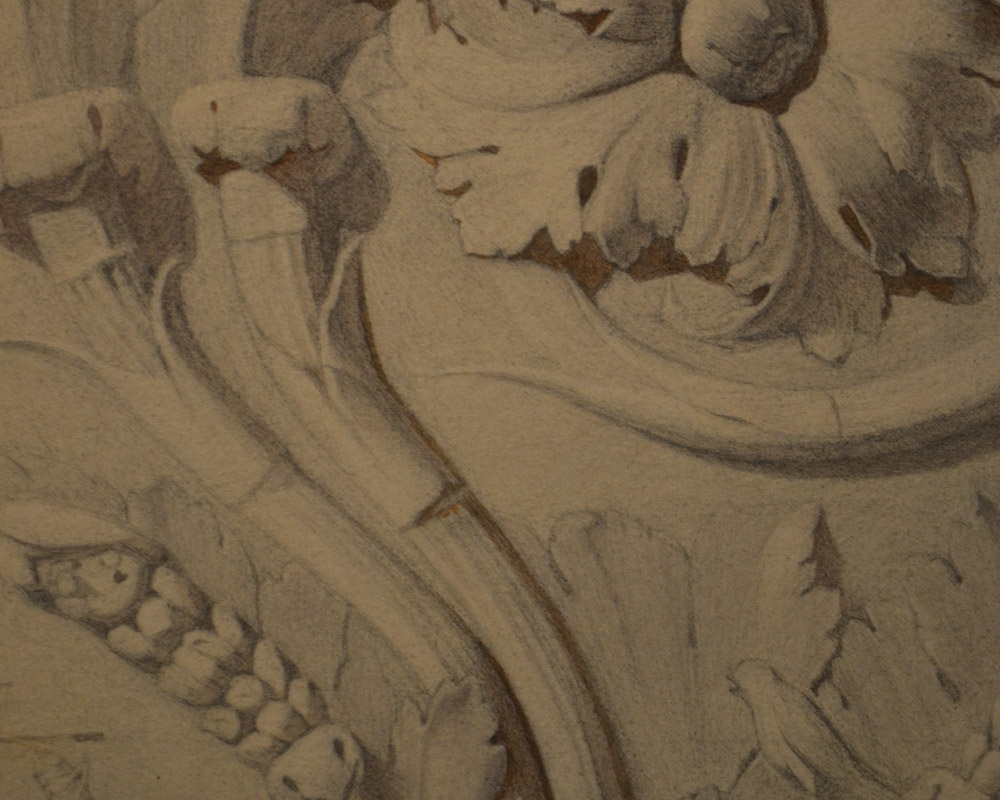 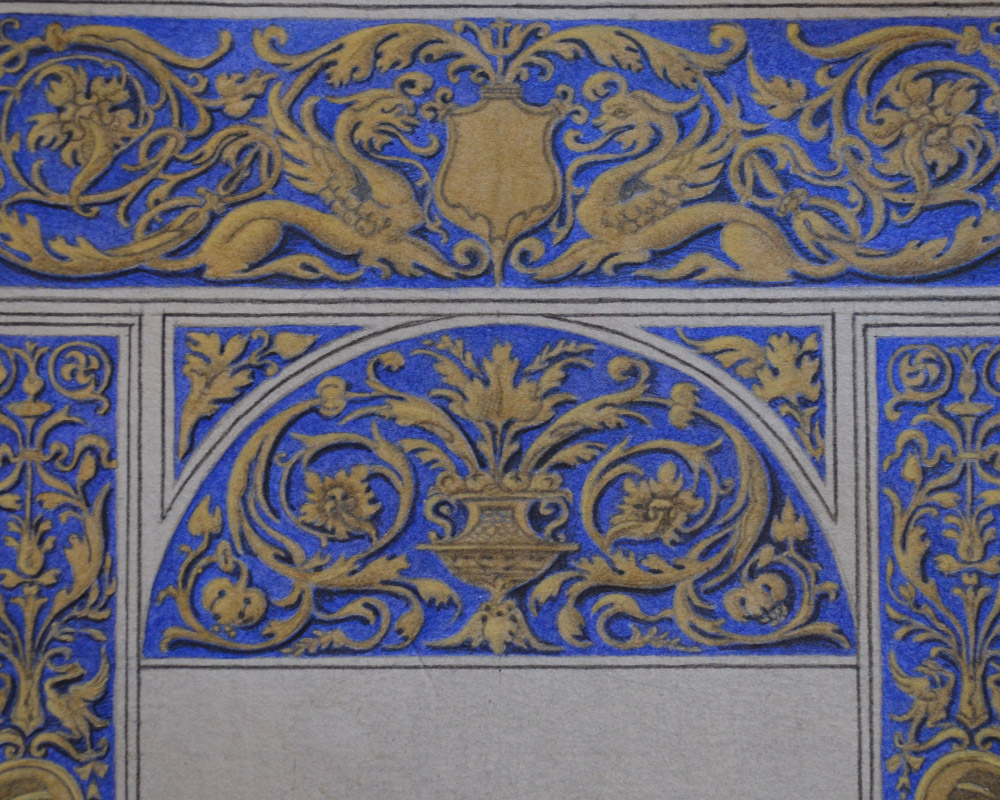 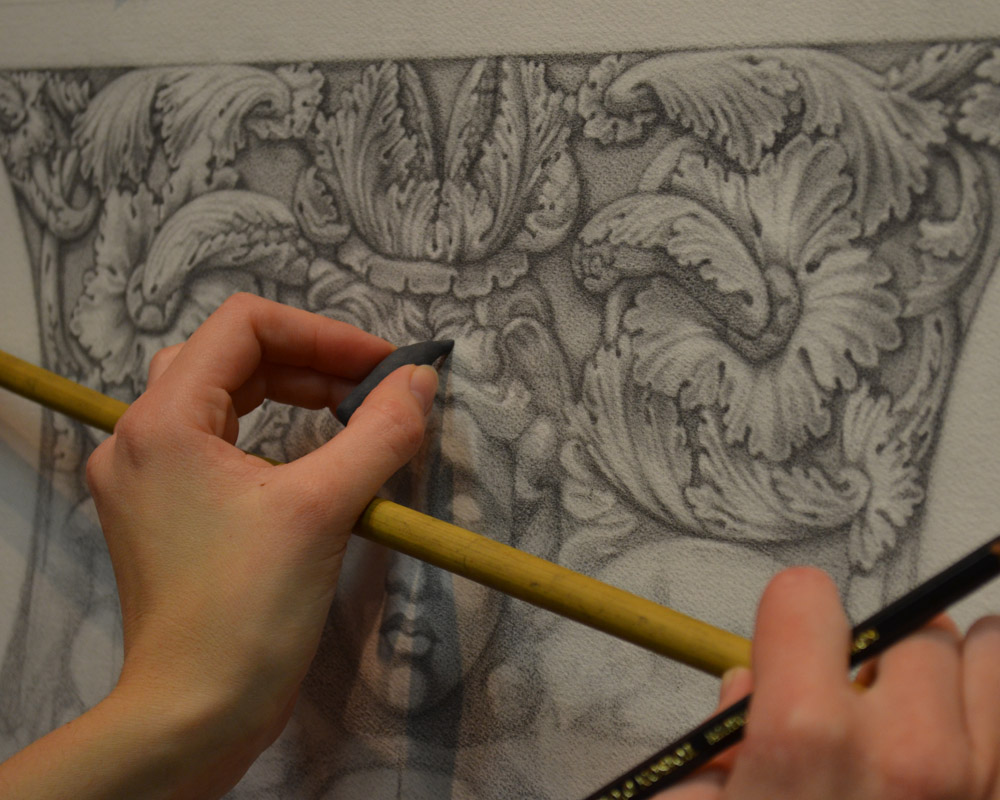 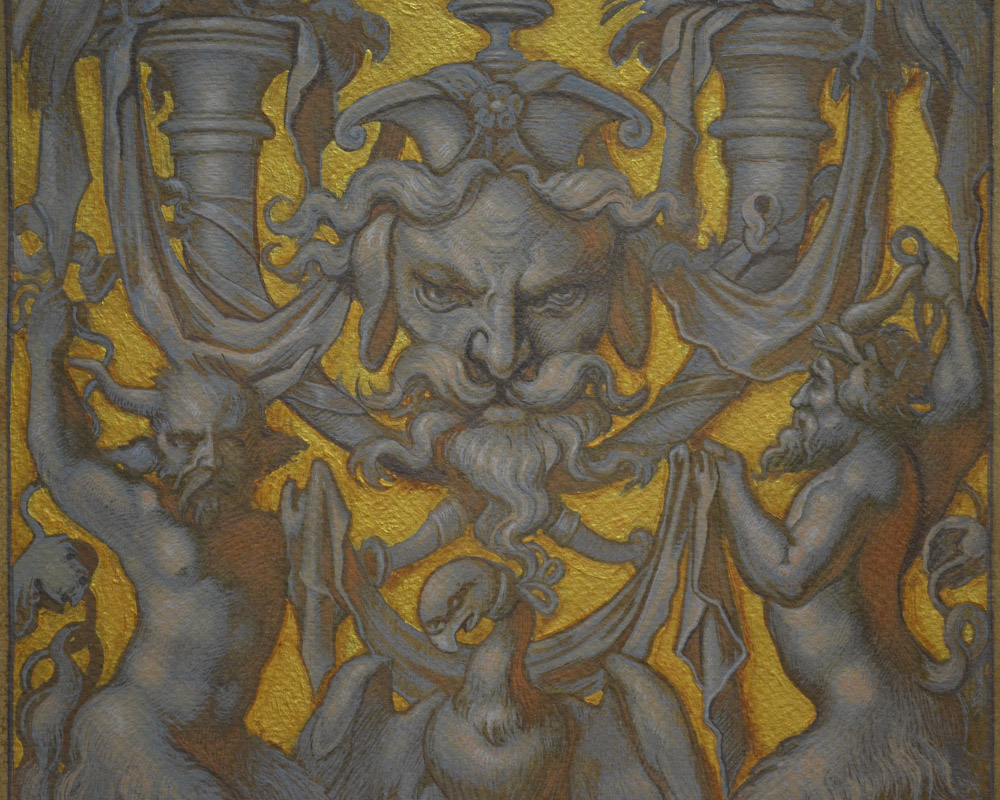 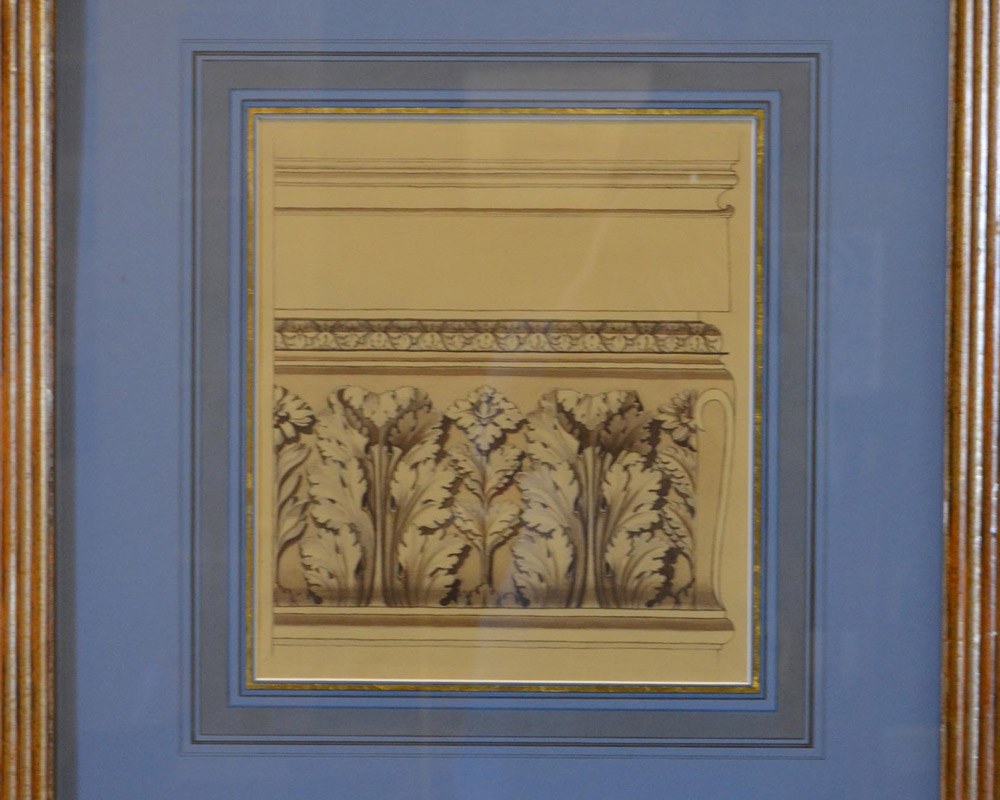 The Study of Ornament | Academy of Classical Design · News

David Moser is a practical man. Trained as an economist at the University of Maine at Orono, he’s also a designer at the cabinetmaking...