House 6 in Menlo Park is a tactile excursion into the sensuous appeal of concrete.

At the heart of the 4,000 square foot home is a hybrid core of concrete and wood framing. While some of its walls are rough, board-formed concrete, others are hyper-smooth and seemingly polished. Still others are articulated with bands of exposed aggregate and color.

All form a theatrical backdrop for the furniture, objects and fixtures inside.

Designer Fu-Tung Cheng said his concept was to create a building that, while minimalist, would convey design and craft by “playing” with and controlling the mix of the concrete walls as they were being poured.

“I plunged my hands into the concrete and the re-bar,” he said. “I was stuffing pigment into the forms. I literally bled while it was pouring – my blood is in that house.”

He used a formwork-reducing slip-cast technique to produce the finished concrete. Casting in single-height, 4-foot “lifts,” one pour on top of another, enabled Cheng to manipulate the material more easily than larger “lifts.”

“It’s layered much like a rammed-earth house,” he said. “When the cement is pouring down, you have to reach down in order to get those striations, those yellow or blue bands of concrete.”

He wanted a home that was nothing close to a veneer, he said. He wanted as few compromises as possible, decrying new construction that’s no more layers of sheetrock, wires, pipes, and stucco. “This is not a façade,” he said. “This is a different look, a different feel and a different structure. When you create something like that, it means you can wrap some delicacies around it.”

That means, for example, polycarbonate translucent panels and light fixtures with twigs inserted by David Wards from a company called Sticks & Stones.

“We designed the light fixtures using his twigs,” Cheng said. “It naturalizes and humanizes the house – it gives it life. I want your nerve endings rubbing off these very friendly surfaces – there’s a certain tactile quality that I like people to feel.” 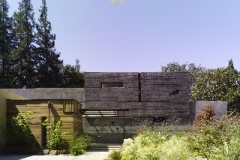 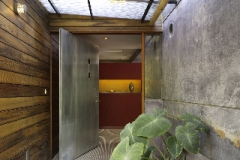 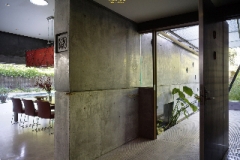 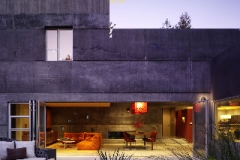 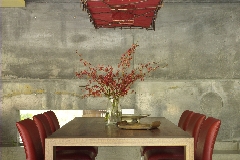 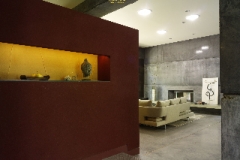 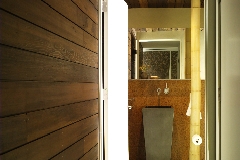 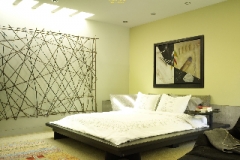 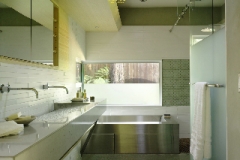 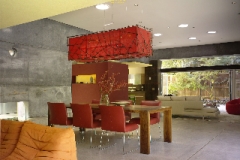 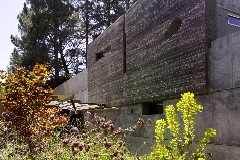 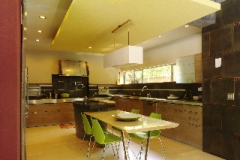 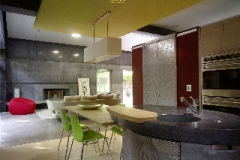 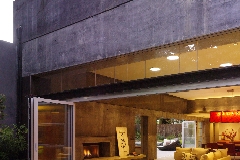 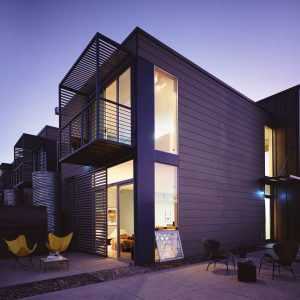 With Indigo Modern in central Tucson, Rob Paulus Architects has tuned into the concept of easy, stark beauty. Indigo Modern...