Bowing to the conservative nature of the neighbors, architect Eric Logan used more restraint than usual on his Peaks View residence in Wilson, Wyoming.

Still, the home does take some chances.

“They were pretty amazing clients – younger and smarter than me, and attractive with great taste,” the partner in Carney Logan Burke Architects of Jackson, Wyoming says. “But they wanted to fit in, and not raise any eyebrows.”

Their home rests lightly on its five acres nestled up to the base of the Tetons. It’s in a wetlands zone, an aquifer running underneath the valley to bubble up, spring-like, in a pond on site. Sagebrush, willow and ryegrass provide a nesting area for wildlife.

The house was subject to a review committee with design guidelines like height restrictions and even exterior colors. “It had to be brown, so we wound up with a kind of gray-brown stain on cedar siding,” he says. “It complements the concrete.”

He used that concrete sparingly, to punctuate the overall design scheme for the five-bedroom house. A concrete chimney anchors the western elevation, and is tied in to an “aircraft carrier” deck over the roof that tips up to mountain views.

He broke the home down into a series of volumes, placing the public areas downstairs in a single story, and the bedrooms in an attached two-story volume. A guesthouse is included in the long-range plans, but remains unbuilt.

“I resorted to my old tricks,” Eric says. “I broke it down to various components, with two two-story volumes and one that’s one-story. And I created some outdoor spaces, like the warm spot with the outdoor fireplace.”

One of those tricks involved the roof. “Usually we do big overhangs to express the structure outside,” he says. “In this program, though, we suppressed it. We wrapped it around the house like the brim of a hat.” 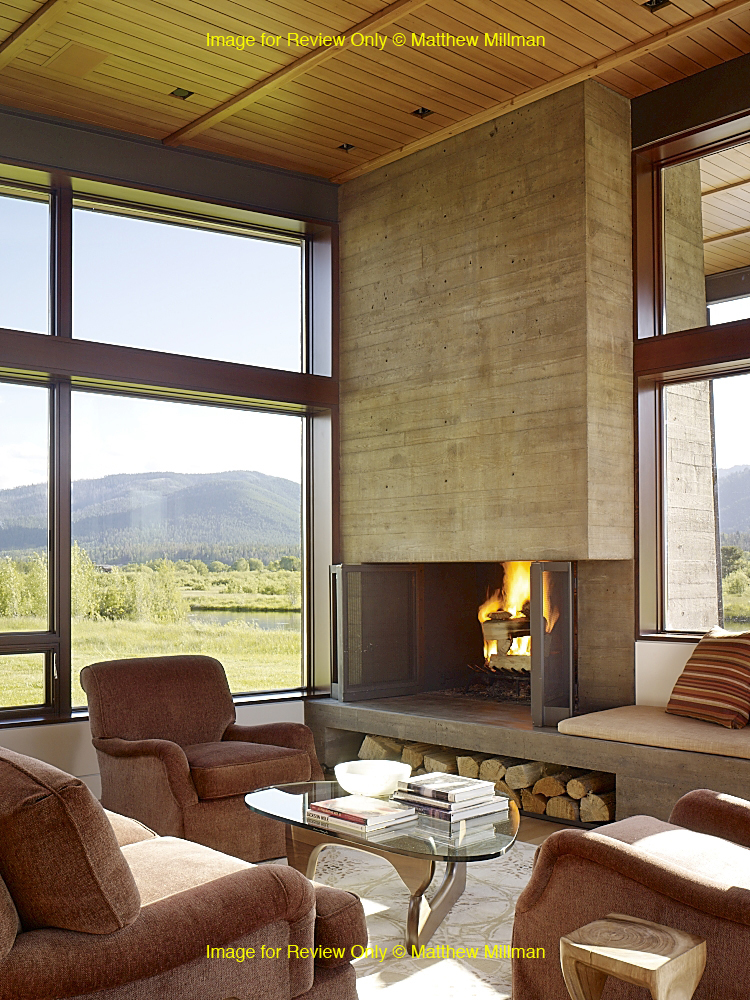 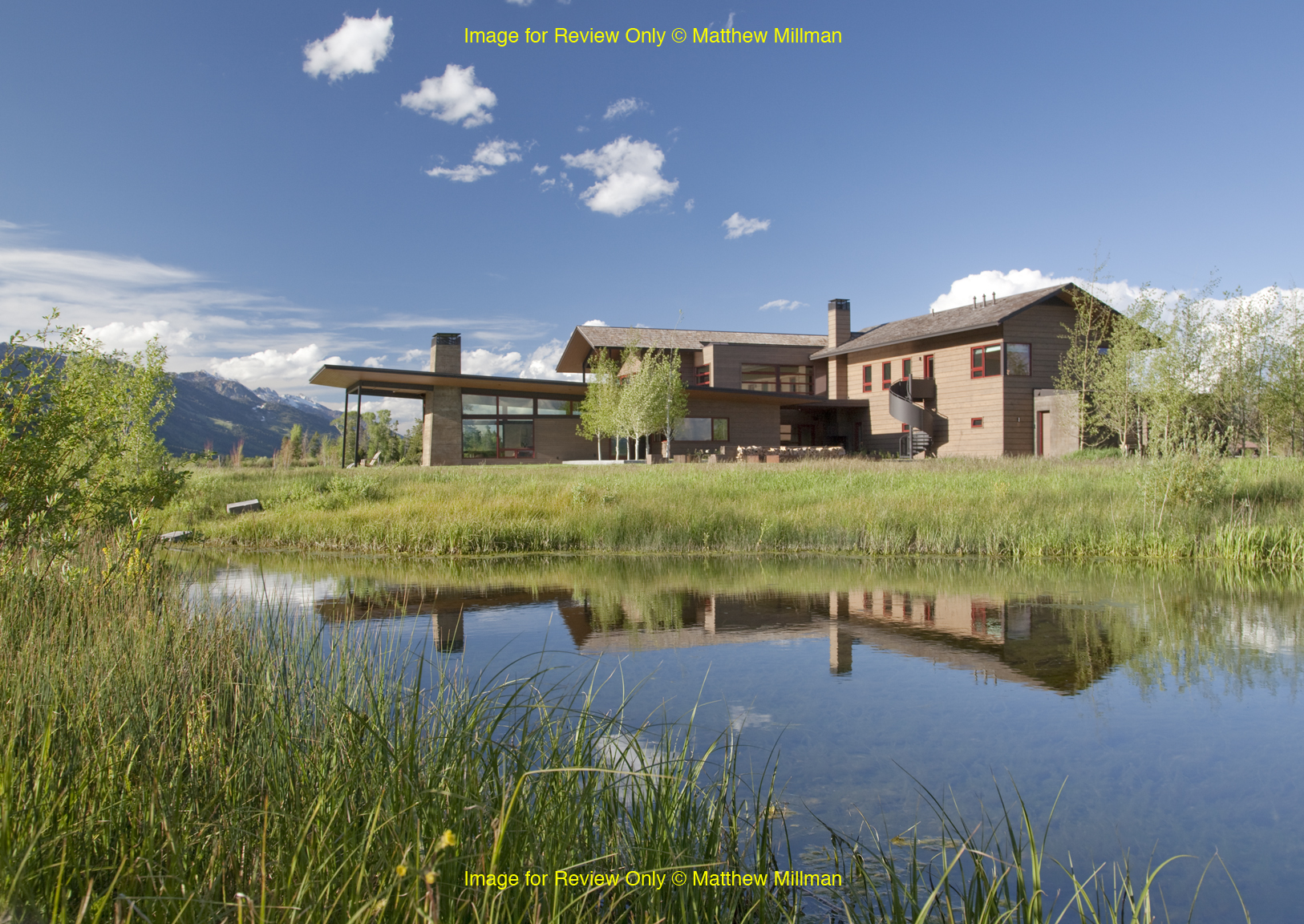 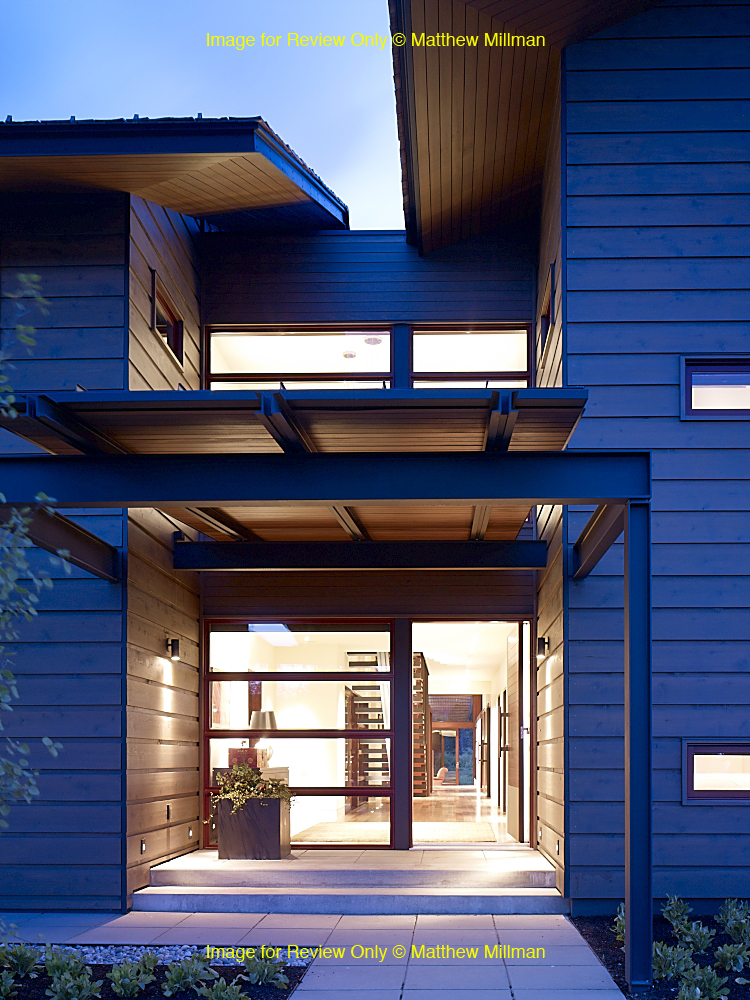 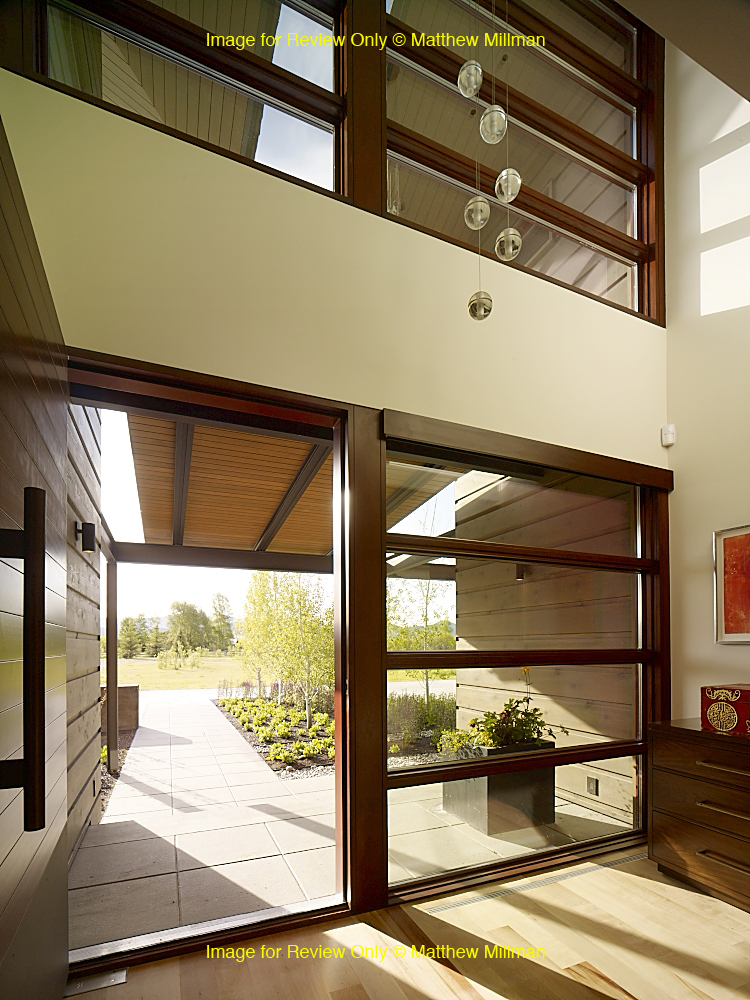 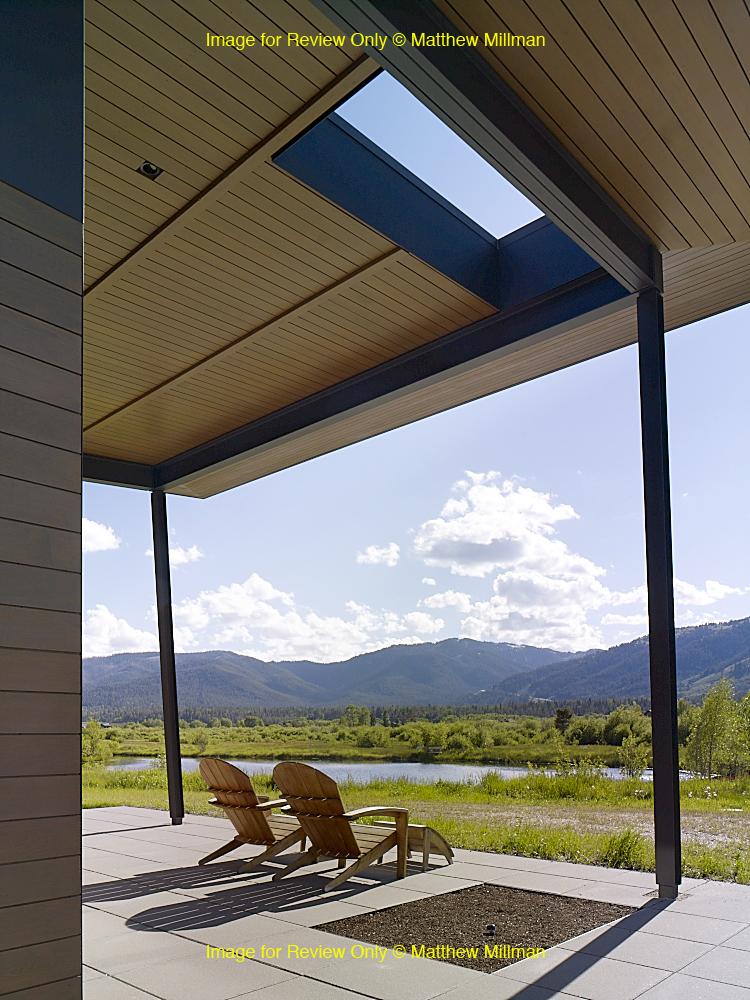 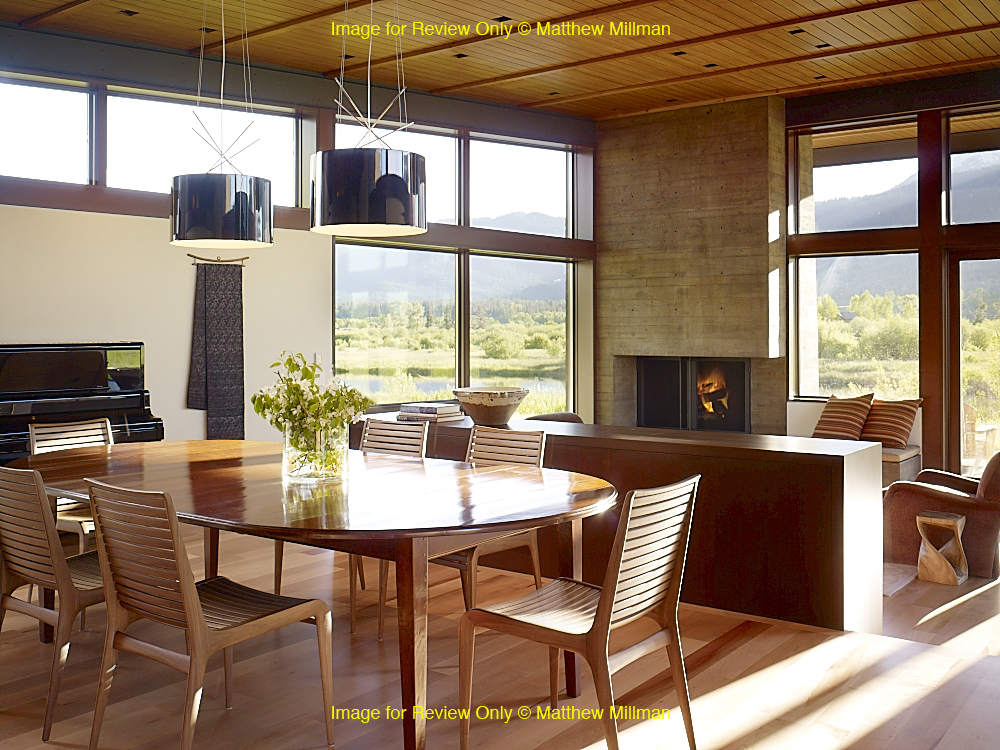 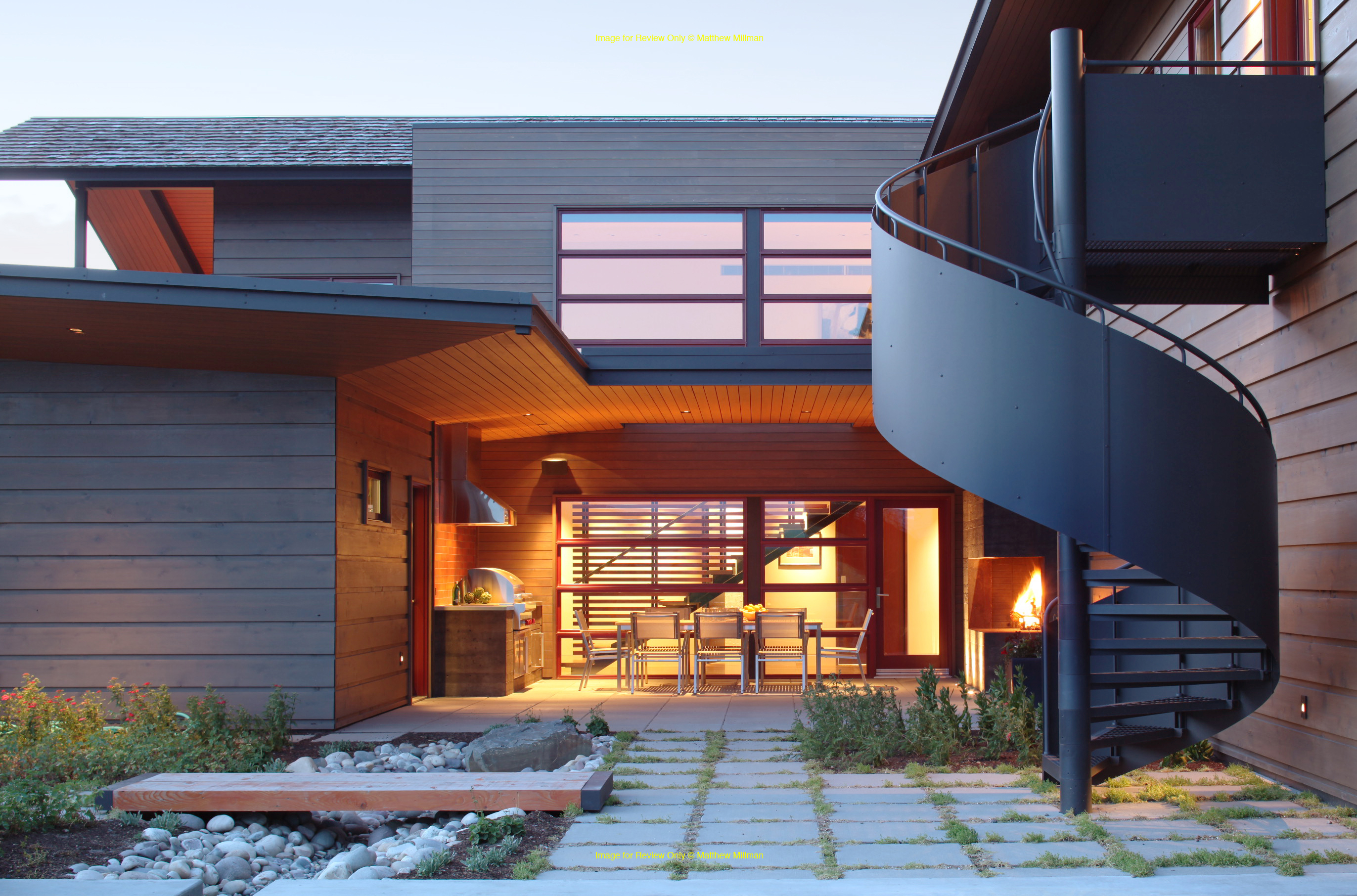 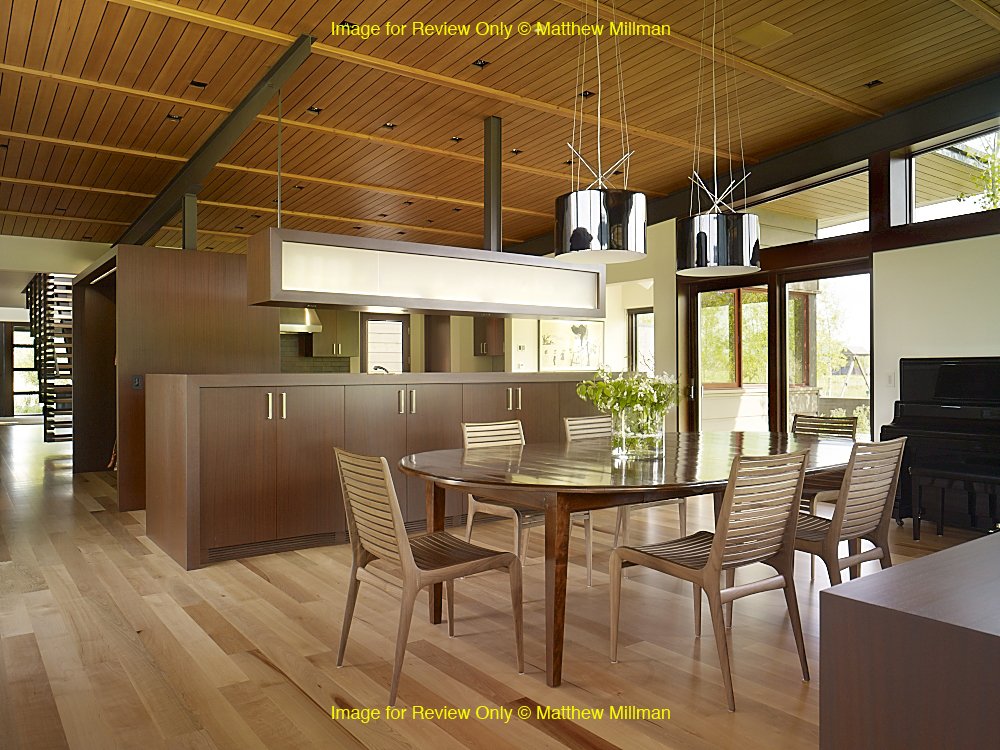 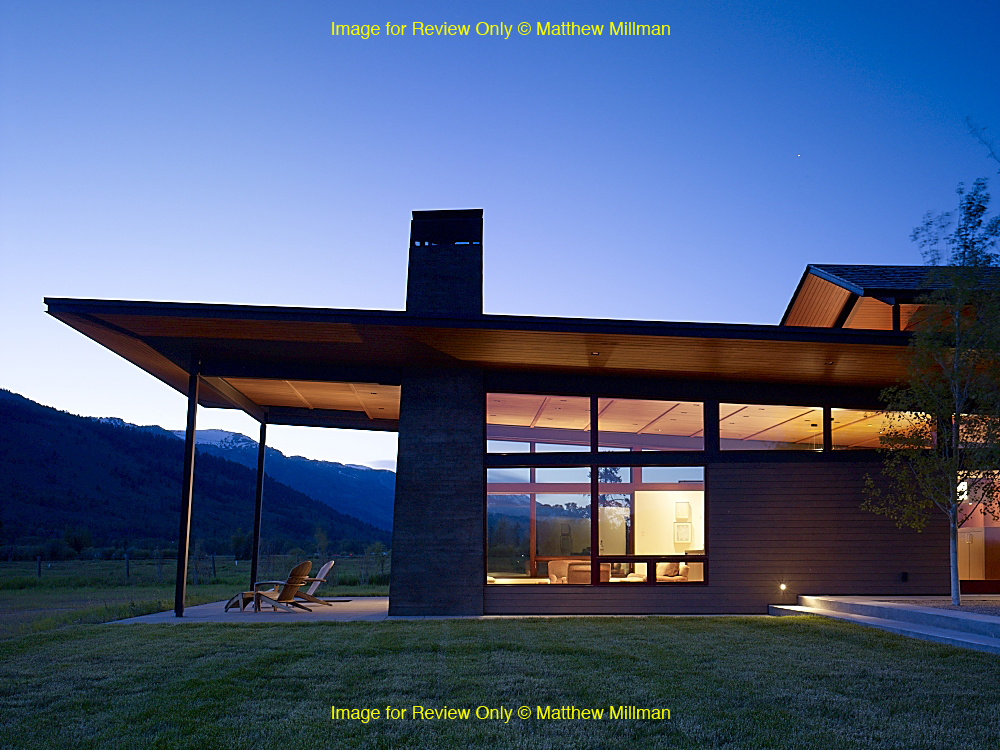 Curtis Olson is an Architect Who's Turned to Art

The exterior is interesting but not, to my eye, beautiful. However, the interior is fantastic. Many wonderful spaces. It appears that it would be a wonderful house in which to live. 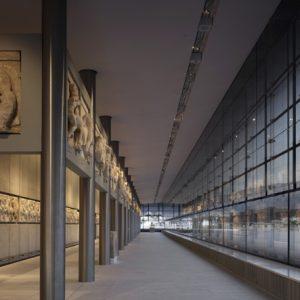 The design of the New Acropolis Museum in Athens by Bernard Tschumi Architects is divided into three parts, each responding...