If anyone understands the complexities and contradictions that accompany development along the waterfront, it’s Michael Liu and The Architectural Team in Chelsea, Mass.

They tackled their first waterfront project in the 1980s. Over the past decade, they’ve worked on four in Boston Harbor.

And their knowledge base is still evolving.

“Ten years ago we were simply putting the electrical service on the upper floors,” says Liu, a TAT principal and vice president. “Then later, the response was to raise the building when it’s on a structured waterfront, with piers or other hard structural material.”

But in places like Boston, the tide swings as much as 11 feet – and the public wants access to the waterfront. “So the response was to terrace these hard structures off, out where the storm surge gets to the building, but people can still get to the water’s edge,” he says.

The drawback there is that in storm conditions, those structures reflect wave energy back into the harbor and damage other structures in the harbor. “So the response is to get away from hard structures to softer structures,” he says. “They evolve over time to absorb the wave energy.”

Another response is to raise the entire site and building, move the mechanics to higher floors, build on a platform and place parking at the lower level. “Then if it’s inundated, there’s minor damage,” he says. “The problem with that is on smaller sites it creates an odd urban condition where the pedestrians are and you can’t put commercial space there, so there are limitations.”

But if the site’s large enough, it can be raised, like TAT’s Clippership Wharf on Boston Harbor. “It has the luxury of being a very large site, but most are not that big,” he says. “For smaller sites, the lot lines might be the face of the building.”

A comprehensive, public works effort, sponsored by the government, is preferable to a case-by-case approach by individuals or developers, Liu says, citing the The Netherlands’ 50-year Deltaworks as a prime example.

“In 1954, after a major storm, they undertook an enormous project to connect dikes, build new ones and protect the coastlines and islands, and connect roadways,” he says. “It’s very impressive with gates that open to let vessels through.” 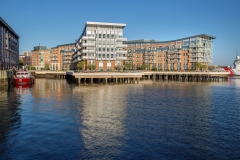 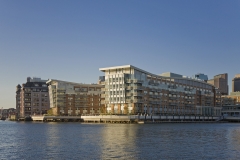 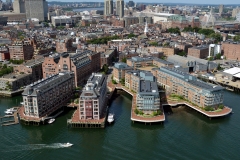 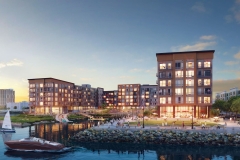 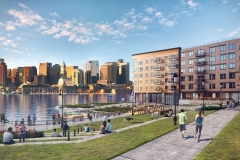 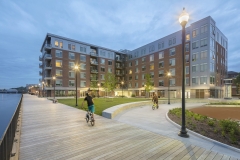 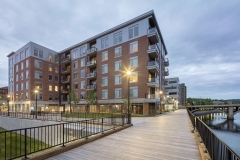 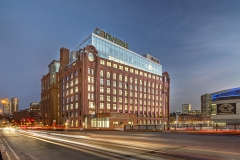 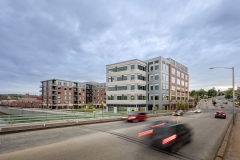 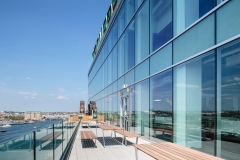 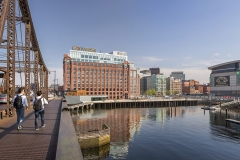 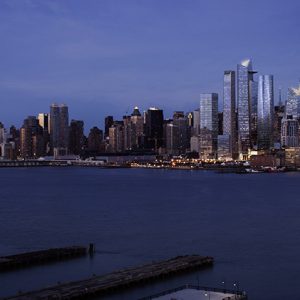 It's official: the grand opening of Hudson Yards will take place on Friday, March 15. That means the public square, the gardens,...