Computers and rocket science are at the center of the Stanford University experience, right?

But music and the arts?  Not so much.

Now, though, that’s changing, thanks to the Stanford Arts Initiative, which seeks to place the arts at the heart of a Stanford education, and weave an interdisciplinary approach into student’s lives there.

The school has spent about $111 million to create an iconic symbol for its new way of thinking.

Its physical center is the new Bing Concert Hall, a vineyard-style auditorium, designed to surround performers by an audience in 842 seats on all sides.   It’s soon to be flanked by a new museum and a studio art/art history building.

“The Bing is the linchpin,” says Richard Olcott, a founding partner and design principal at Ennead Architects.  “It anchors both sides of the arts precinct and that whole quadrant of the campus.”

The vineyard style design has become increasingly popular in concert hall design, beginning with the Berliner Philharmonie designed by Hans Scharoun and built in the early 1960s.  More recent examples are the Walt Disney Concert Hall in Los Angeles and others underway in Copenhagen and Hamburg.

“The idea is that music should be experienced from all directions,” he says.  “It can be much more theatrical and engaging, with a feeling of togetherness and intimacy.”

Olcott found in Stanford the rare client that had already explored and researched that type of building from the outset.  He and Ennead partner Timothy Hartung led the design team, with lead acoustician Dr. Yasuhisa Toyota of Nagata Acoustics and theater consultants Bob Campbell and Joshua Dachs of Fisher Dachs Associates.

The 112,000 square-foot building is sited on 5.5 acres, and surrounded by the university’s arboretum, which offered up some interesting opportunities.  “The place is in the woods, literally,” he says.  “It’s very much unlike the rest of the campus, and they allowed us to run with that.”

So it’s now envoloped by trees as well as colonnades, porticos and design devices for inside/outside experiences.

“It’s a magnet out in the woods that you can approach in any way,” he says.  “It’s a very accessible, inviting kind of place.”

And an icon for a new way of learning.

For more on Bing Concert Hall, go to http://live.stanford.edu/bingconcerthall/ 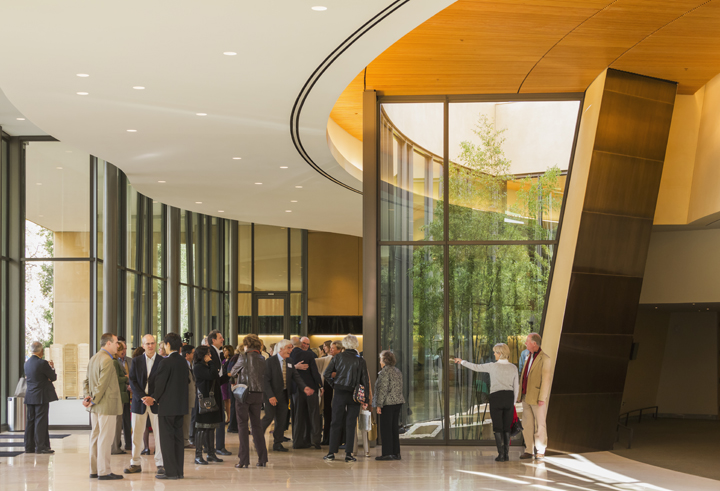 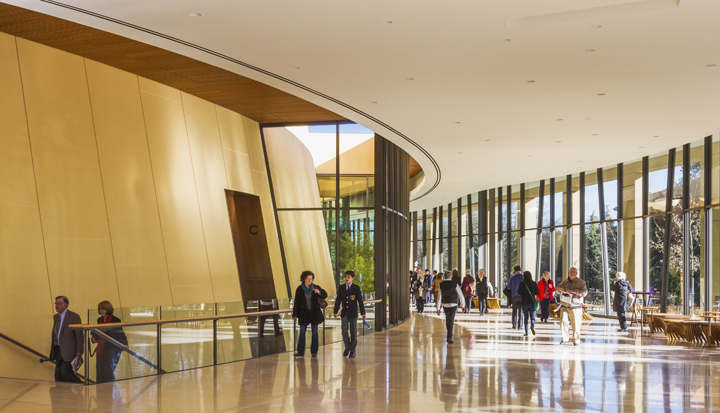 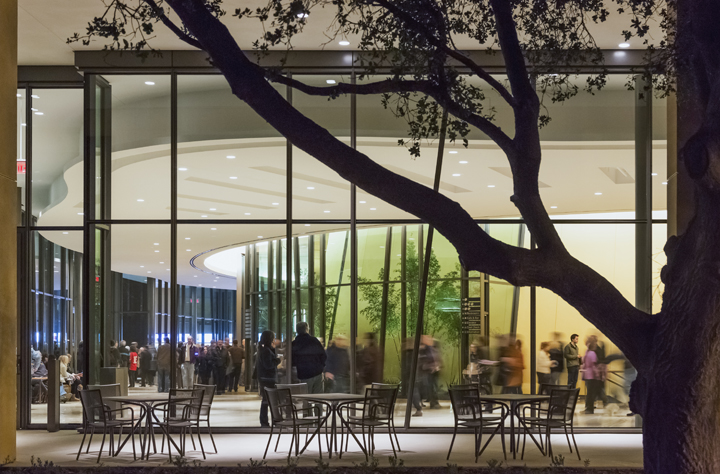 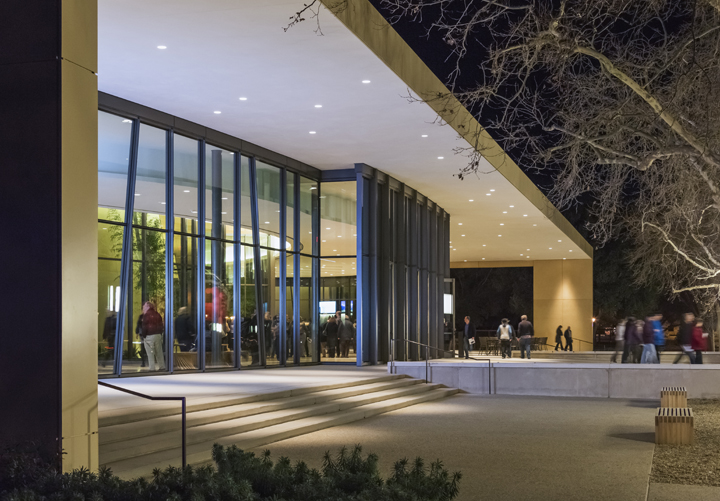 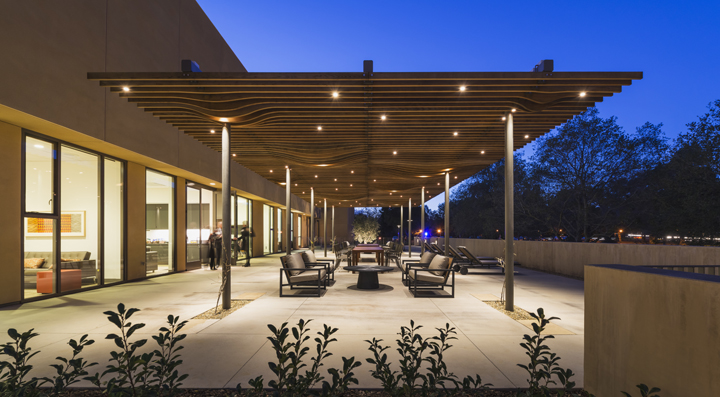 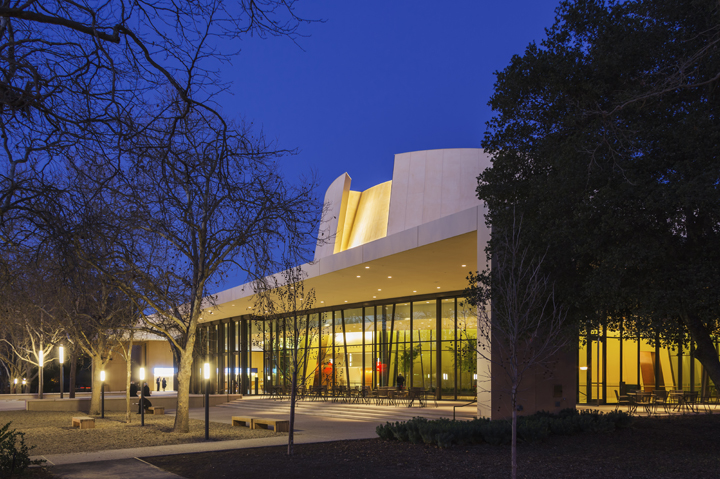 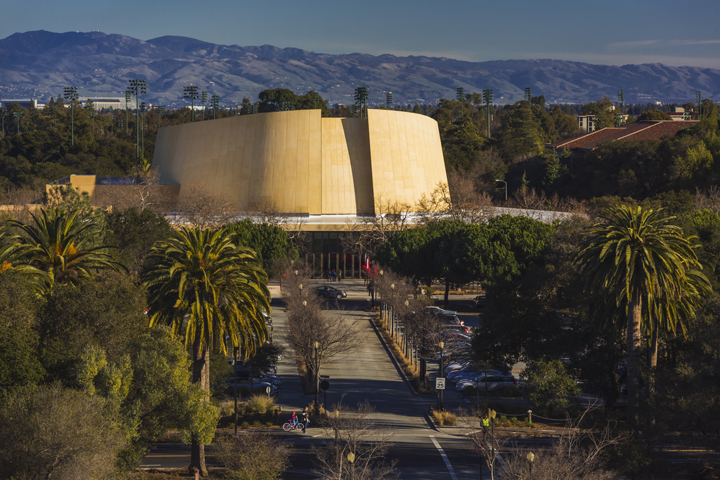 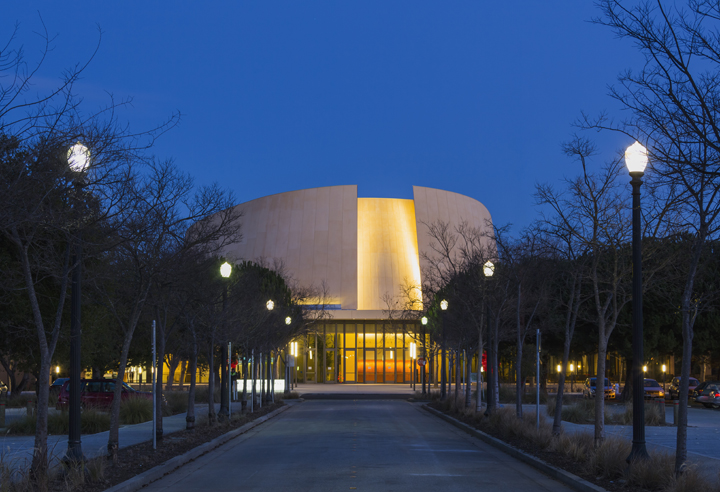 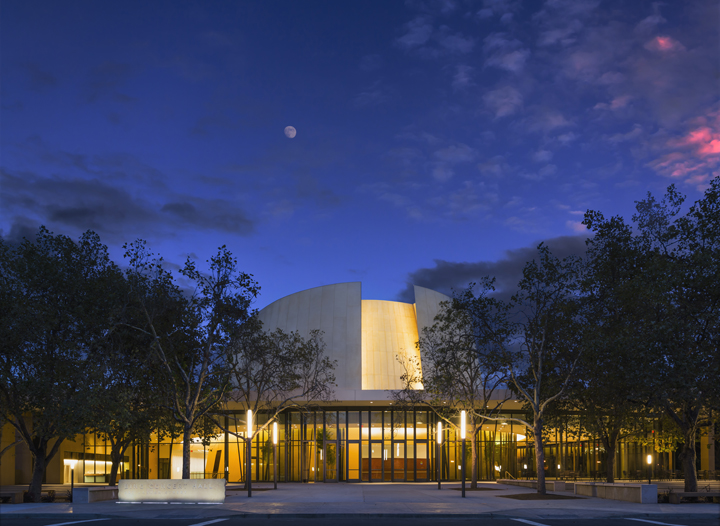 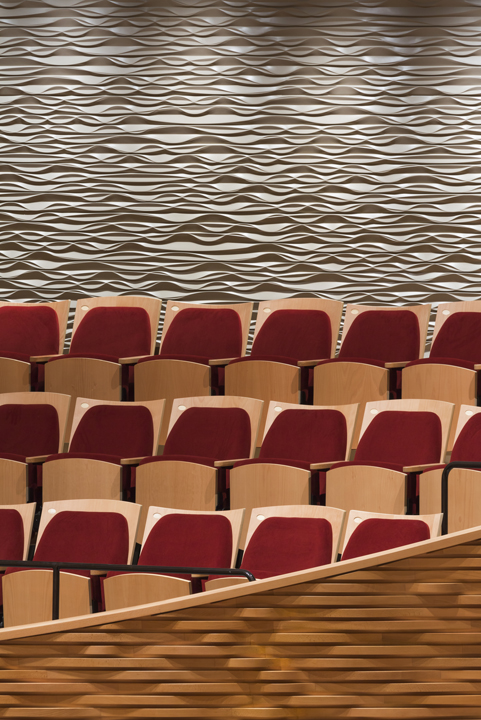 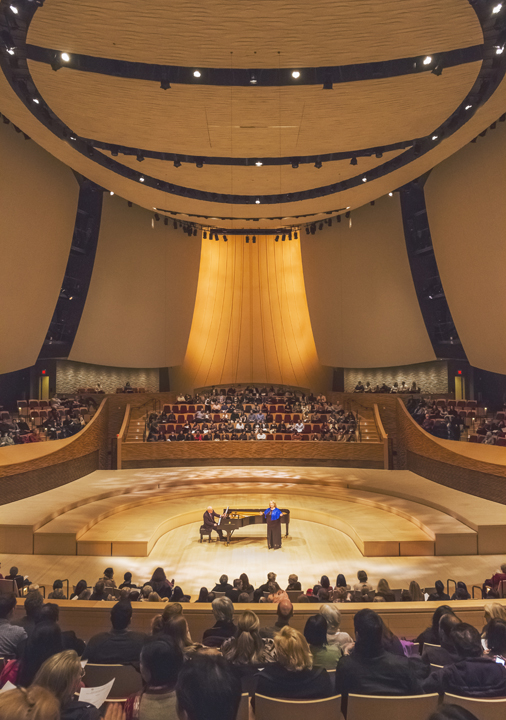 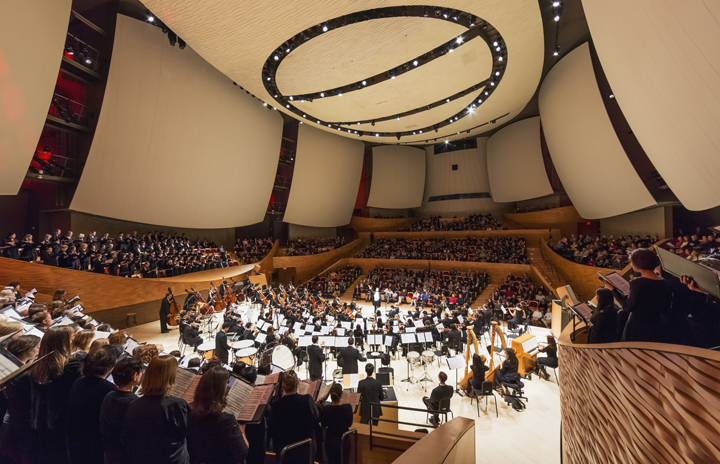 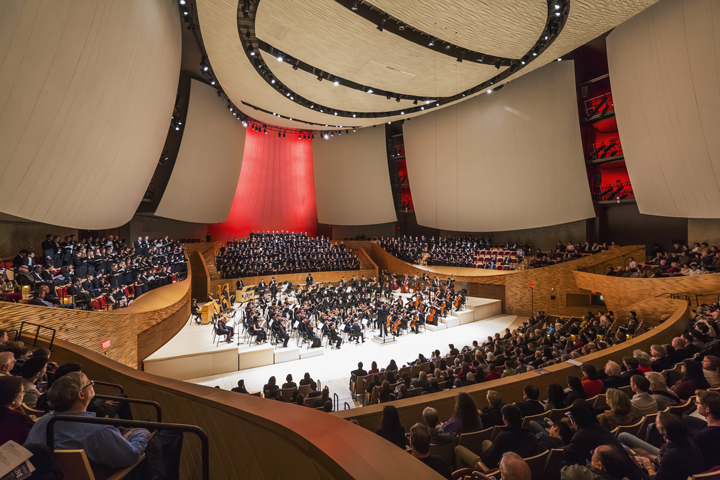 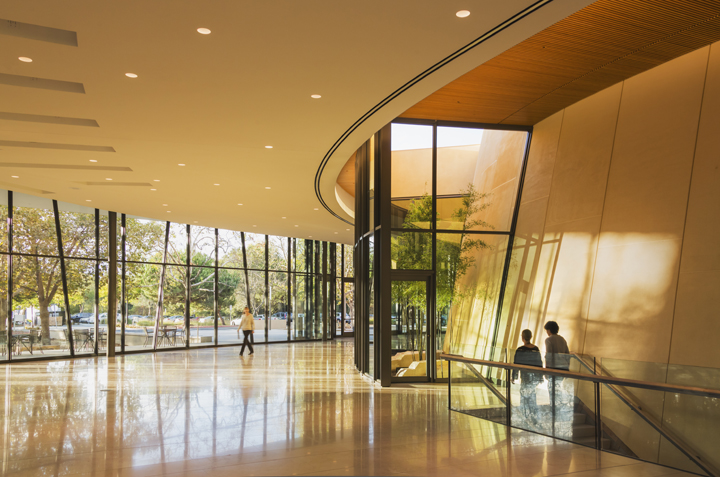 Her timing is good, to say the least. Bridgette Meinhold holds an undergraduate degree in mechanical engineering from...