Two weeks ago, I spent an hour on the phone with deconstructivist Peter Eisenman, in what turned out to be anything but a talk about academics.  We delved into the mighty Giants and the lowly Redskins, shifted gears to William Faulkner and Absalom, Absalom, and pondered Gehry, Eisenhower and the National Mall.

But mostly, we talked about the work of Andrea Palladio.  Eisenman’s spent the past decade developing a groundbreaking exhibition of the Renaissance master’s work, called “Palladio Virtuel.”  It opens in New Haven at the Yale School of Architecture Gallery on Aug. 20.  He’ll give a lecture there on the 30th – and a book is slated to follow next spring.

Today’s post on A+A is the first of three, all based on our conversation.

You teach a course on Palladio at Yale.  Why?

I’ve researched the history of art and architecture, and the only “ism” named after an architect in history is for Palladio.

There’s “Miesian” and “Corbusian” but no “ism” for anyone else.  That tells you how important Palladio is in the world of culture.  It’s a fact you can’t explain.

Actually, I don’t teach a course on Palladio.  I teach an introductory theory course to first year masters’ students, a focus course with Brunelleschi and Piranesi, 12 different architects from the 1400s and1500s, with Palladio among those in the middle.

I teach that you can’t create the new without understanding the discipline it’s founded on.  You can’t write atonal music without studying what music is.

How do your students respond to his work?

It’s like giving kids medicine.  They don’t want this stuff.  They want what’s hot.  But they need to learn what architecture is, in order to learn innovation when they get out.

Students regard it as fashion.  If you’re at the University of Miami or Notre Dame, architecture concerns history.  At Yale, it may be go-go, up-to-the-minute hot stuff, but that stuff may not be hot in three years.

In the fall of third year, we take a trip to Italy, to Vigevano, where the best public piazza in all the world exists.  Ninety-nine percent of them have never heard of it – so then they’ll understand that what they hear about is not what they need to know.

I use Palladio in my work with design, and I teach why it’s important to students today.  The piazza in Vigevano is from a design by Bramante, the great synthesizer of ideas from Vitruvius – he also did a church in Milan – and he brought it all together from Greek and Roman architecture.

History has a way of taking radical ideas and making them traditional.

For more on the exhibition, go to www.architecture.yale.edu/exhibitions

For more on Peter Eisenman, go to http://www.eisenmanarchitects.com/ 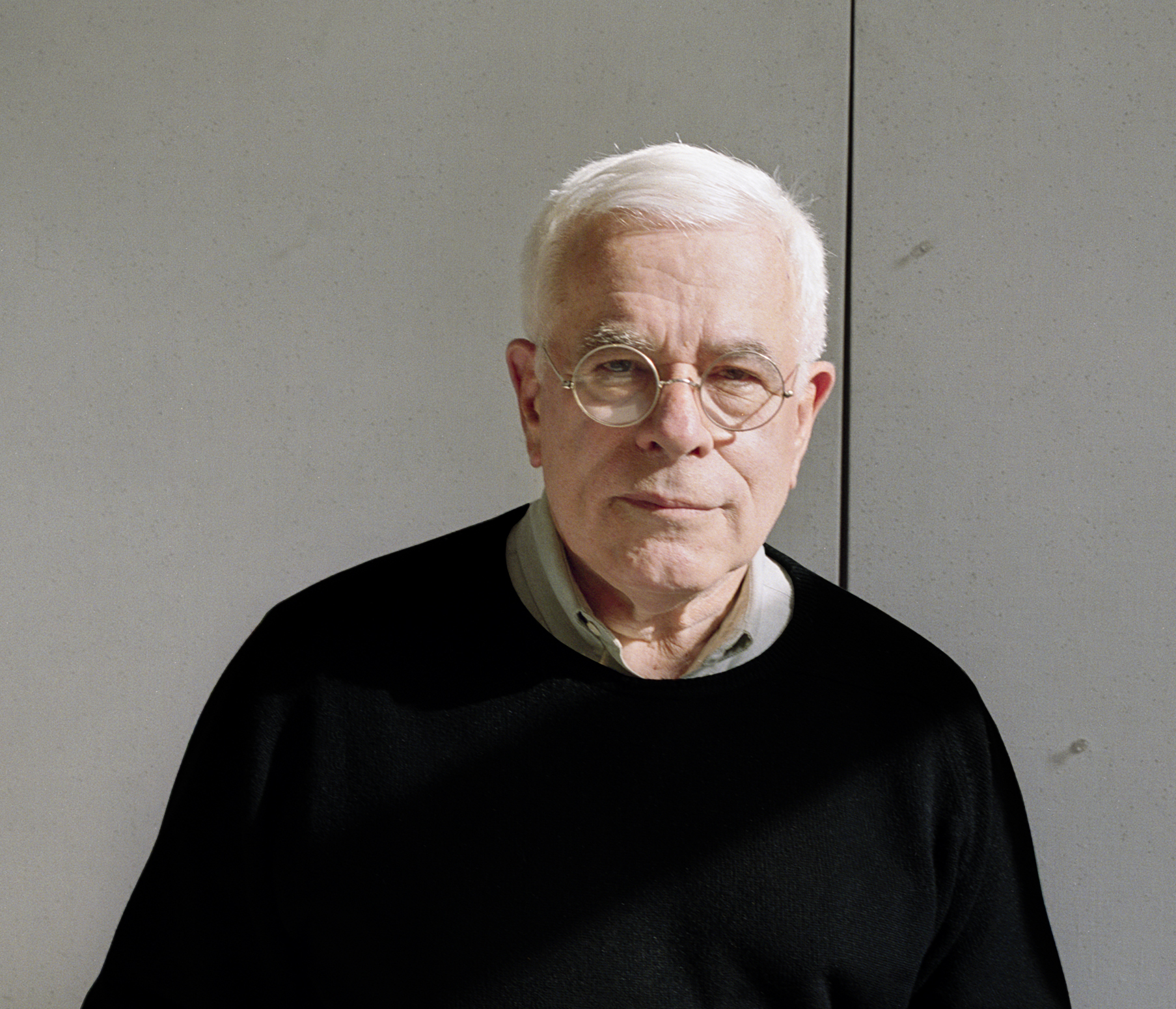 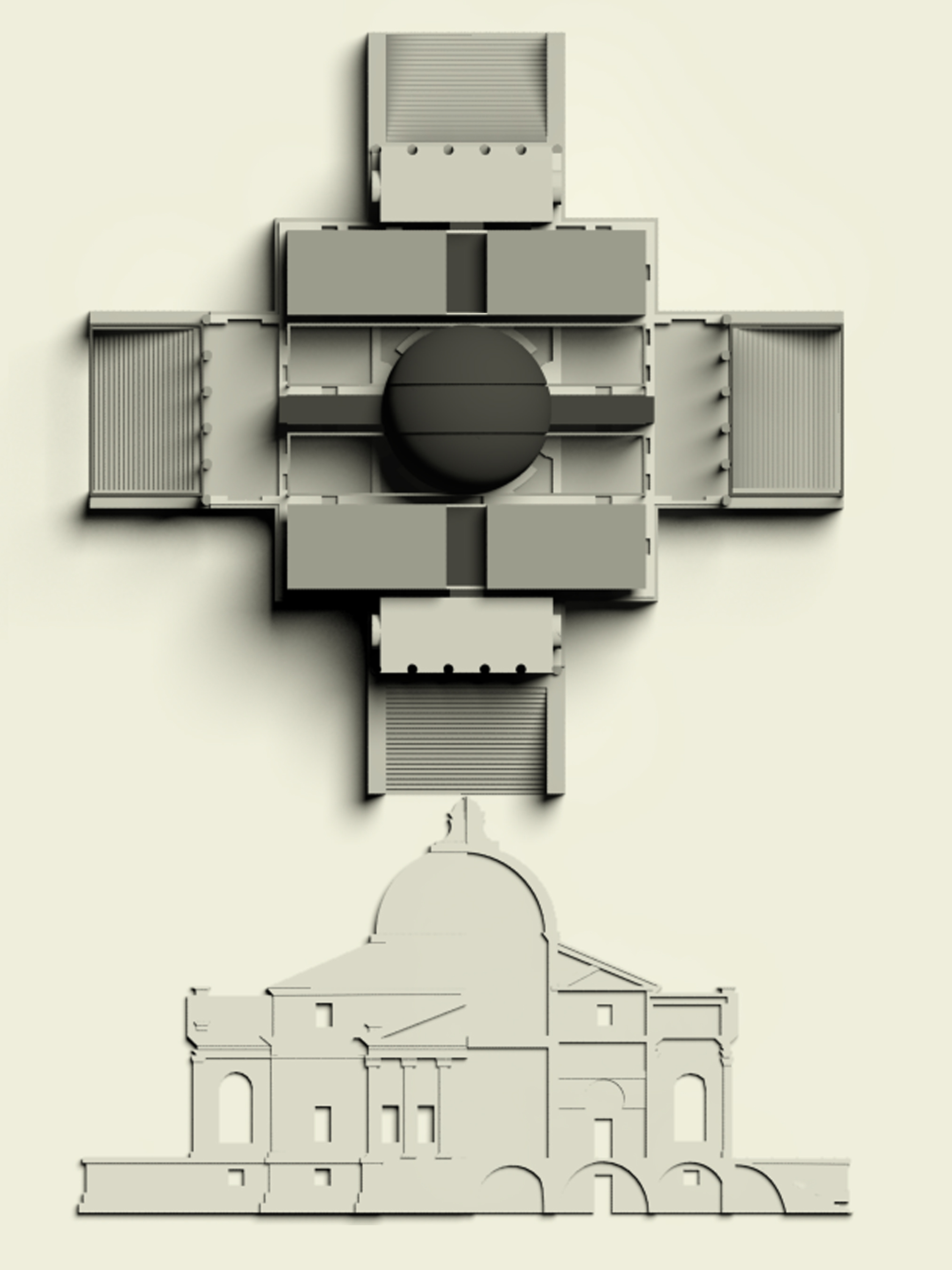 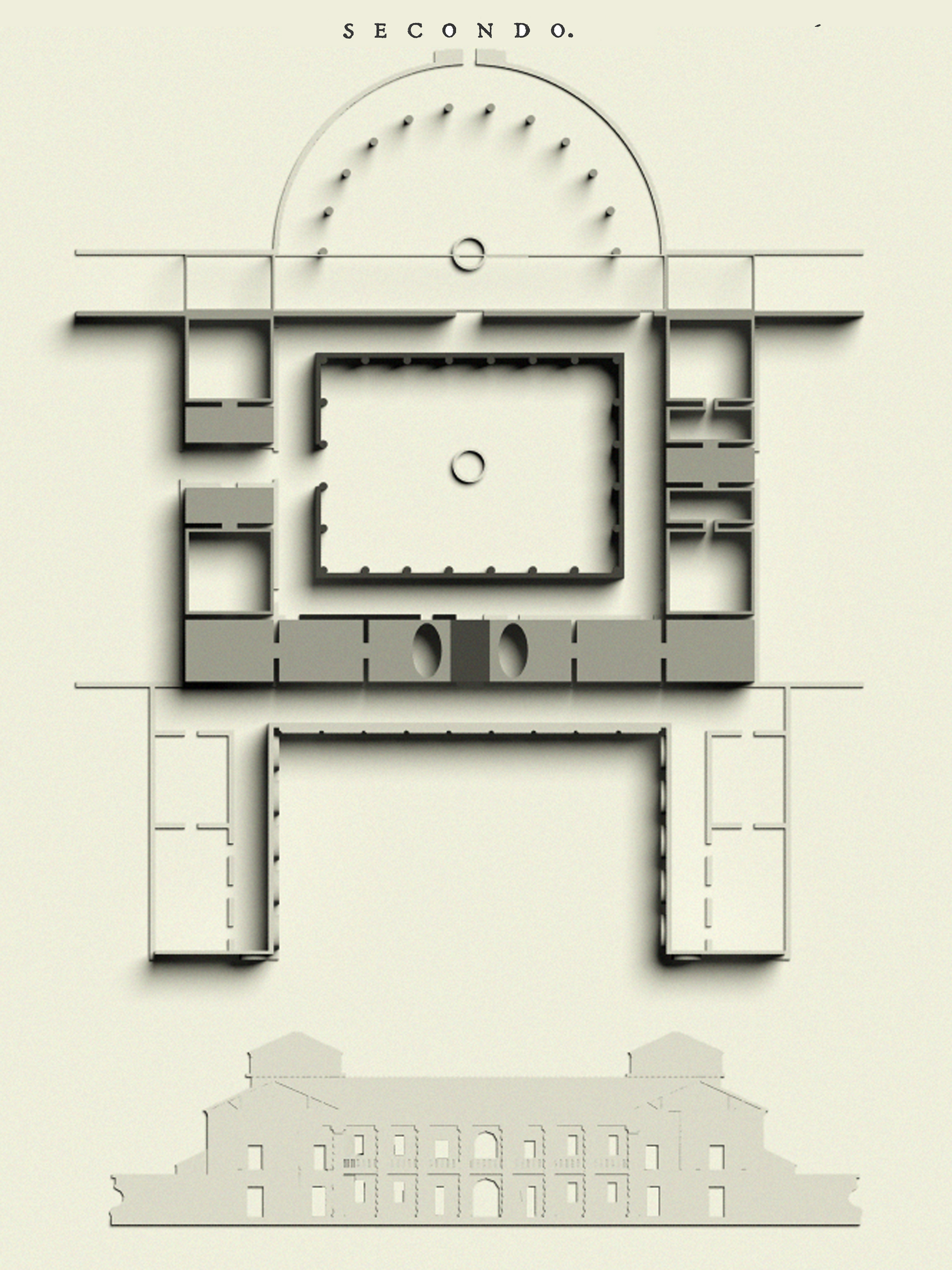 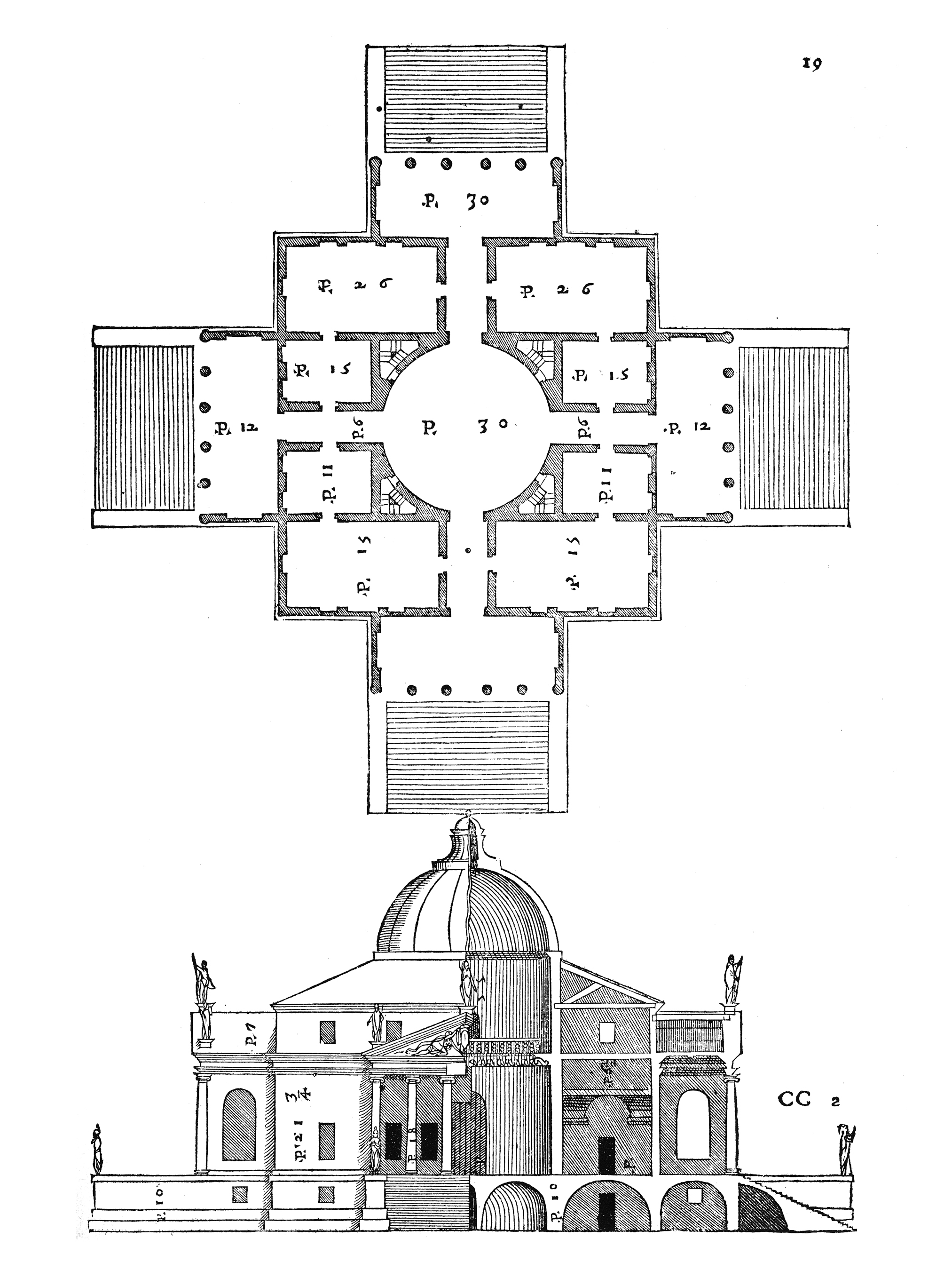 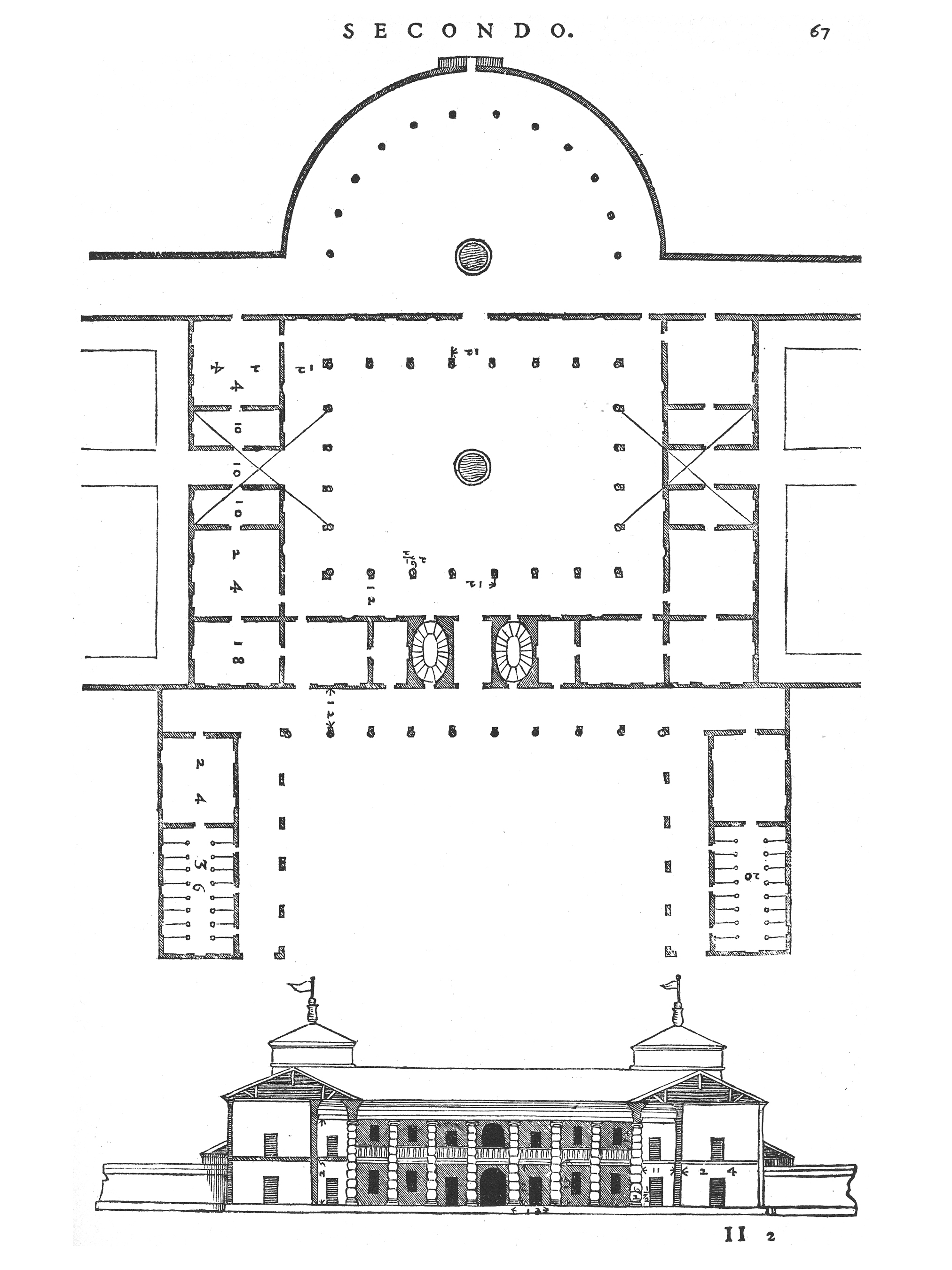 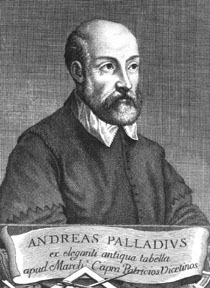 Indeed Vigevano’s grand piazza is very beautiful, as Mr. Eisenman says, and radical in its day. But ‘the best pubic piazza in all the world”? Sorry, that is still the piazza in Pienza — smaller than Vigevano’s, less grand, but more beautiful and even more functionally wonderful. And too radical in its day, so much so that Michelangelo’s Campidoglio follows its broad form; I add that if followed today, it would be radical still, contrary to the vast flatness that modern ‘piazzas’ and ‘squares’ ape (Pienza is in Southern Tuscany; built 1459-1464; builder-architect was Bernardo ‘Rossellino’ for Pope Pius II).

The notion of the “ideal villa” Rotonda fading into the farmscape in the later villas is lovely, but the story on the ground might be a bit clunkier. Ackerman observes the Rotonda is exceptional: not a villa but a suburban party house. The actual villas are farmhouses by definition, and they all trail off into the yards and fields by necessity, however symmetrically. Further, he notes that Palladio saved his carved stone for the main entrances and switched to stucco wherever possible… artfully, like his unacknowledged collaborator Veronese, but also quite practically. Bless Mr. Eisenman, but immortal art can sometimes be cheap and dumb.

Such an interesting article- makes me want to take one of his classes!

It appears I need to make a pilgrimage to Vigevano ~ andiamo!

Like Aalto or Mies or Corbusier, the idea is to take a modest material and make it extraordinary. And for Toronto-based...