The work of Andreas Palladio offers a detailed roadmap into another time and place, said Dr. Irene Murray, co-curator of “Palladio and His Legacy – A Transatlantic Journey” now on exhibit at the Morgan Library and Museum in New York.

“It’s a way of finding your way into another culture,” she said. But for Americans, it’s also a path toward understanding their own roots.

Though Palladio could not have foreseen the vast influence of his work around the world for five centuries, he was certainly aware of its potential. As Howard Burns points out in the exhibit catalog, Palladio’s aim was “to rebuild the cities and restructure the countryside of the Veneto, and by implication, the world. In the case of Vicenza and Venice Palladio built enough to establish markers and guidelines for his successors to continue his work.”

Among his successors was Thomas Jefferson, who not only used Palladio’s drawings and texts as reference in his residential work, but also in his institutional symbology for the new democratic republic he helped carve from the North Americaln wilderness.

“His knowledge of Palladio was direct,” said Dr. Murray. “He treated Palladio’s work as his bible.”

At Monticello near Charlottesville, Va., Jefferson deferred to Palladio in his treatment of all structures on his mountaintop site. “Palladio’s democratic thinking, as perceived in his thinking, can be found in the pioneering idea that no structure is to be neglected, whether it’s the main building on a property, or a vineyard shed or utilitarian building,” Dr. Murray said.

But it is at the University of Virginia where Palladio, Jefferson and the democratic ideals of the new nation are most self-evident. The model for the domed Rotunda on the Lawn of the University was not, as some suppose, the Pantheon in Rome, but more likely Palladio’s restoration of the Mausoleum of Romulus. “The third president learned from Palladio – who had been the architect not of princes and kings, but of ‘a famous Republique’ – how to give dignity and rationality to the architecture of a new, even greater Republic,” wrote Mr. Burns.

The University itself is a living, working symbol of democracy in action. “To transfer the notion of the original concept of democracy to the medium of buildings is very powerful,” said Dr. Murray. “There’s an inherent link, particularly between an educated body of citizens and the democratizing effect on civic life.”

For more on Palladio at the Morgan Library and Museum, go to: http://www.themorgan.org/exhibitions/exhibition.asp?id=29 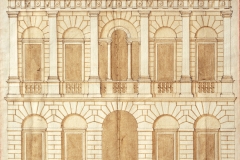 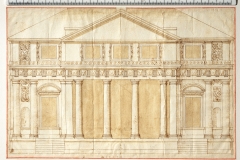 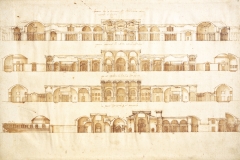 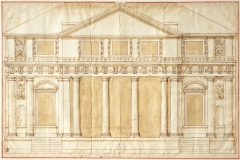 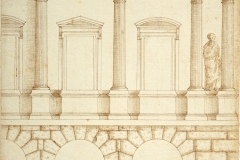 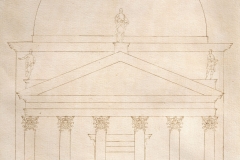 The Language of Architectural Models

(Today’s post is the first of a number planned to explore a new exhibit of Andreas Palladio’s drawings at The Morgan...