After stints in advertising and running a gourmet ice cream business in Miami Beach, Julie Davidow sold out to her partner, travelled for a year, came back and, at 32, studied art at the New World School of Art.

“I’ve been happy ever since,” the minimalist painter says.

Her work is a textured investigation of the tension inherent in the relationship between nature and the built environment.

Her newest exhibit, scheduled to open Feb. 11 at Diana Lowenstein Gallery in Miami, references the Denver Art Museum by Donald Libeskind, the Milwaukee Art Museum by Santiago Calatrava, the Nelson-Atkins Museum of Art – Bloch Building by Steven Holl, the Fort Worth Museum of Art by Tadao Ando, and the De Young Museum by Herzog & de Meuron.

“I love moving through the Denver Art Museum – that space has so many angles,” she says.  “And the Calatrava just sings to me – it’s elegant and fierce at the same time.”

She takes photographs of the sculptural elements of each building, then crops the images.  She folds down her canvas, creasing and scoring it, from squares 32 to 76 inches across.  “That lays out the grid for my work, and I can compose the whole piece.”

She strives to strike a balance between the organic and the inorganic as she searches for the right point of restraint.  It’s important, she says, to understand the urge to keep going, to get lost in her work – and to be aware of when to stop.

To look at her paintings, the viewer might never arrive at their points of inspiration.  They are, in fact, her own interpretation of some of the newest classics in American architecture – translated into her own alphabet and her own language.  It’s as though she’s arrived at her own minimalized definition of the essence of each museum.

“It’s a small gesture, not a grand gesture,” she says.  “I don’t believe that everything needs to be overt.”

Except for the joy inherent where nature and angles intersect.

For more on her work, go to www.juliedavidow.com 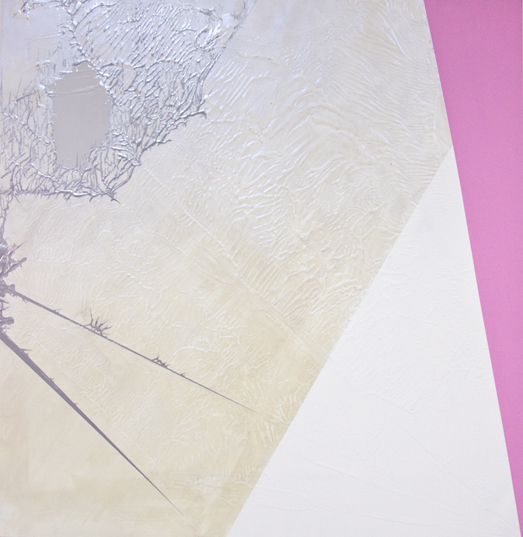 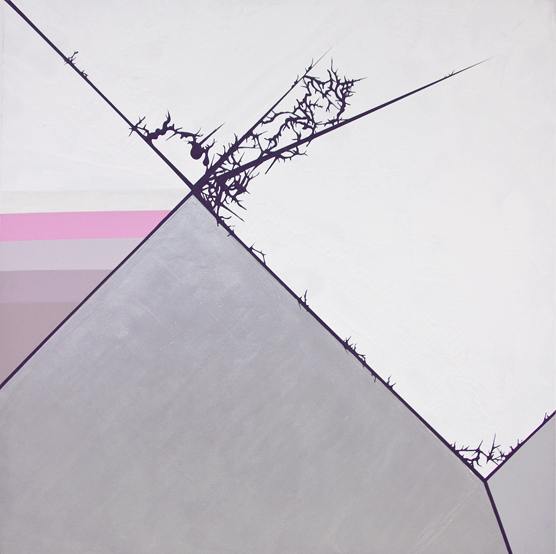 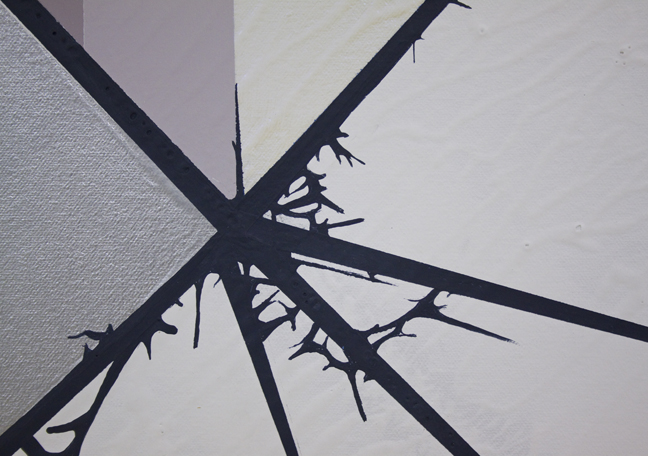 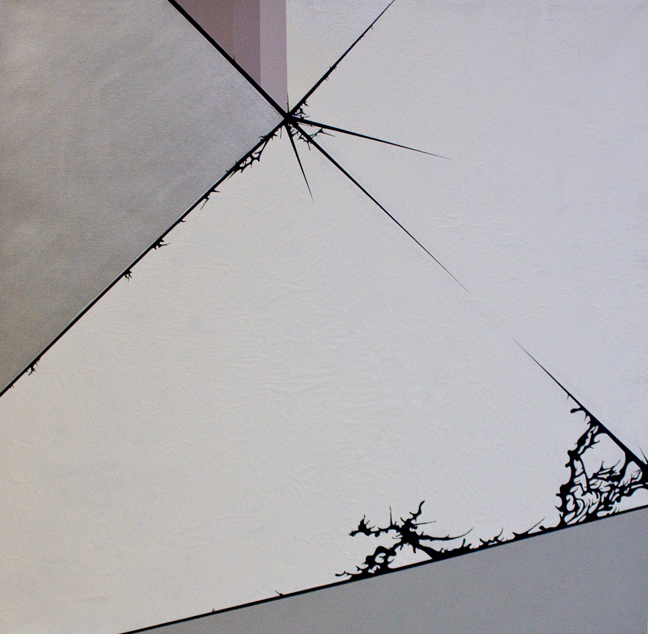 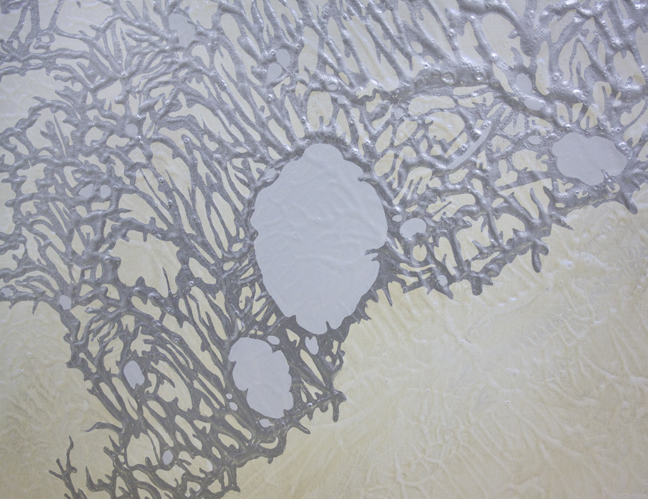 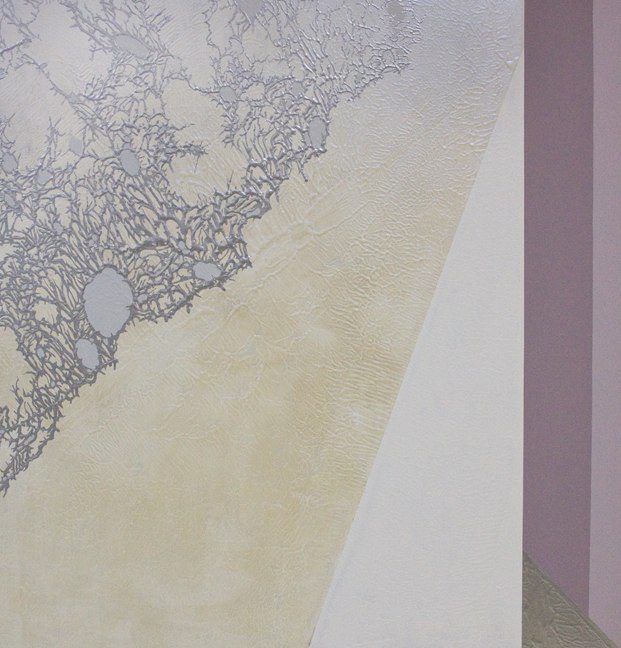 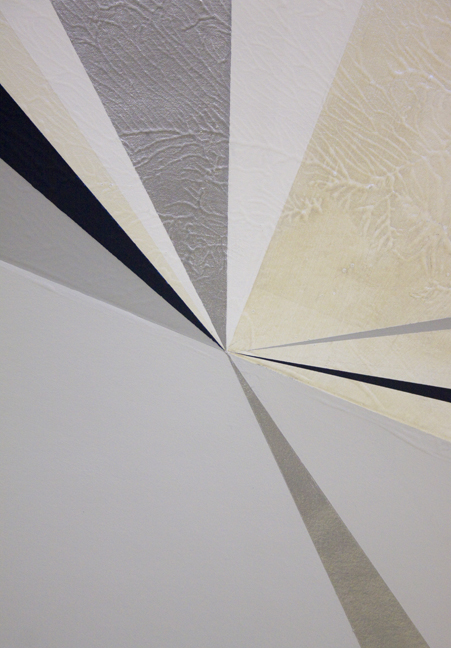 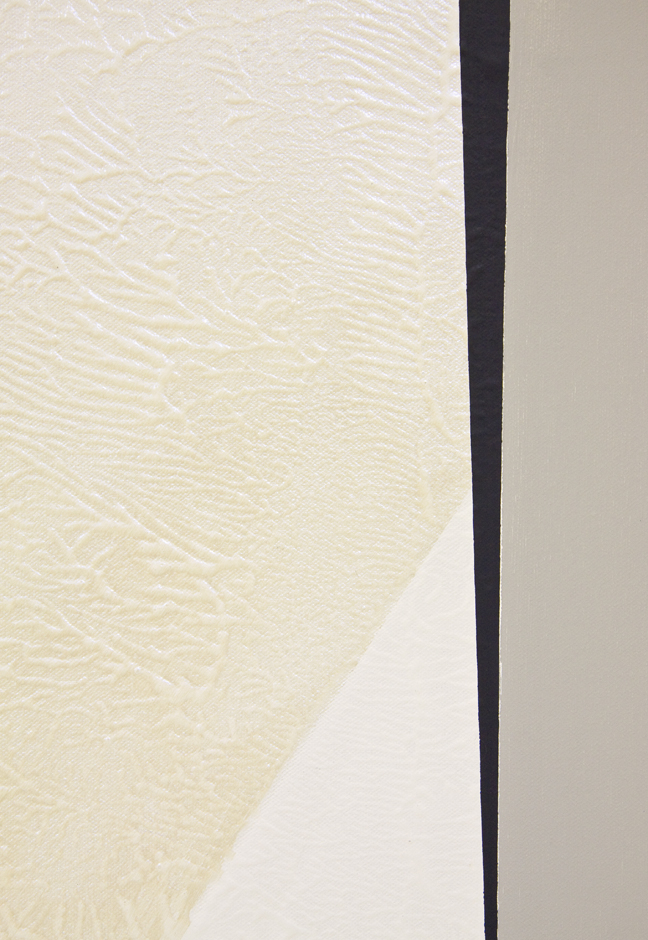 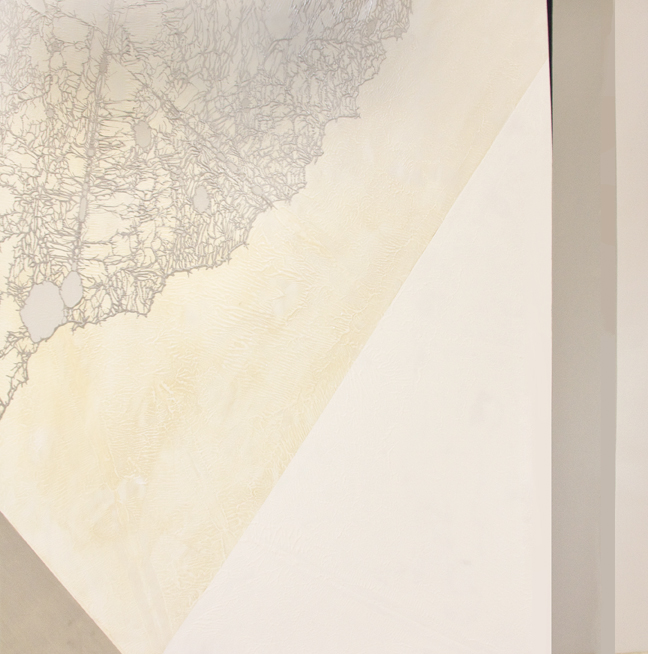 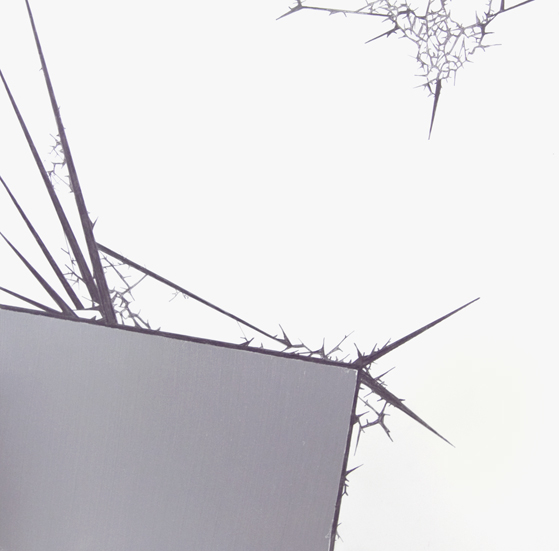 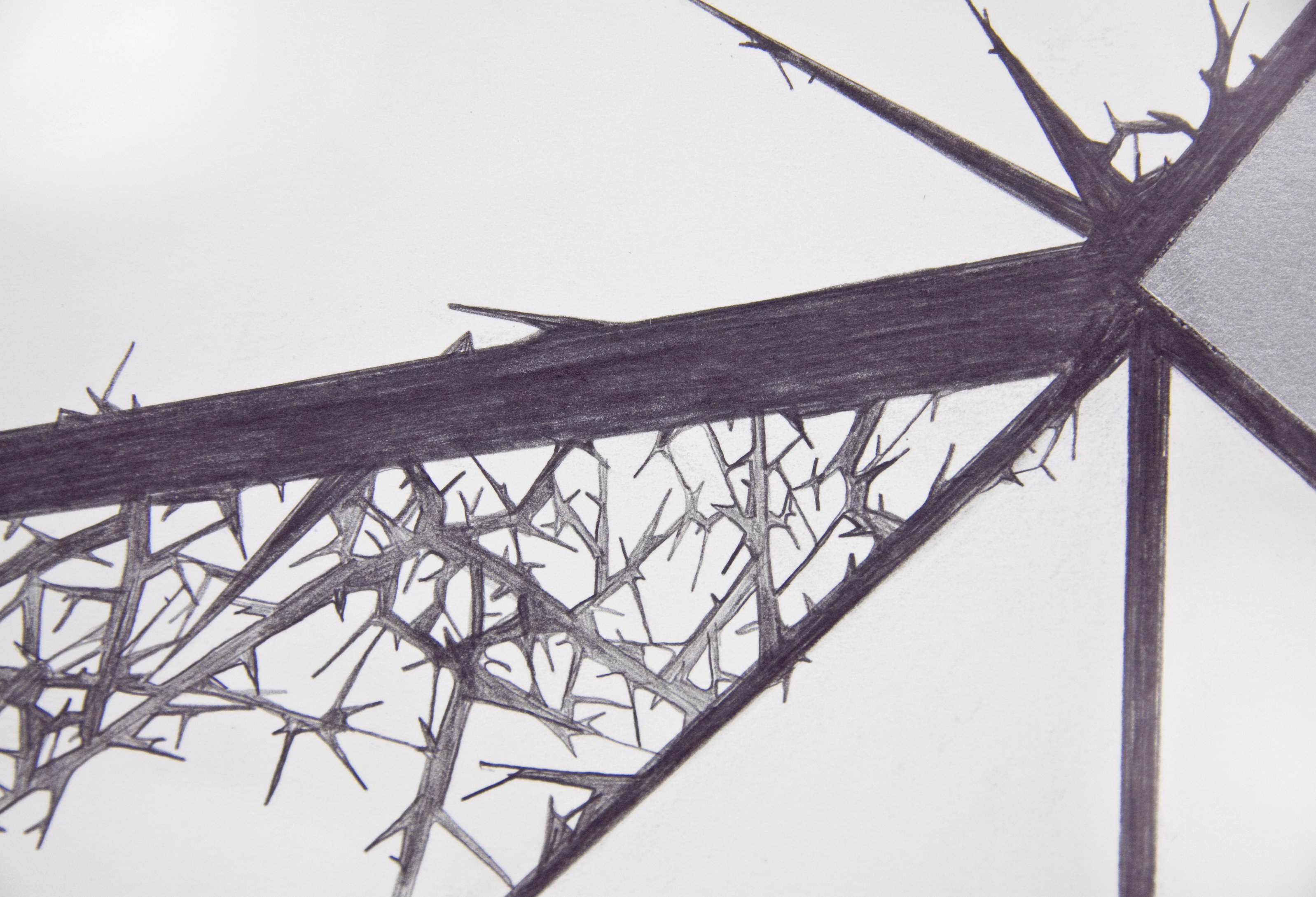 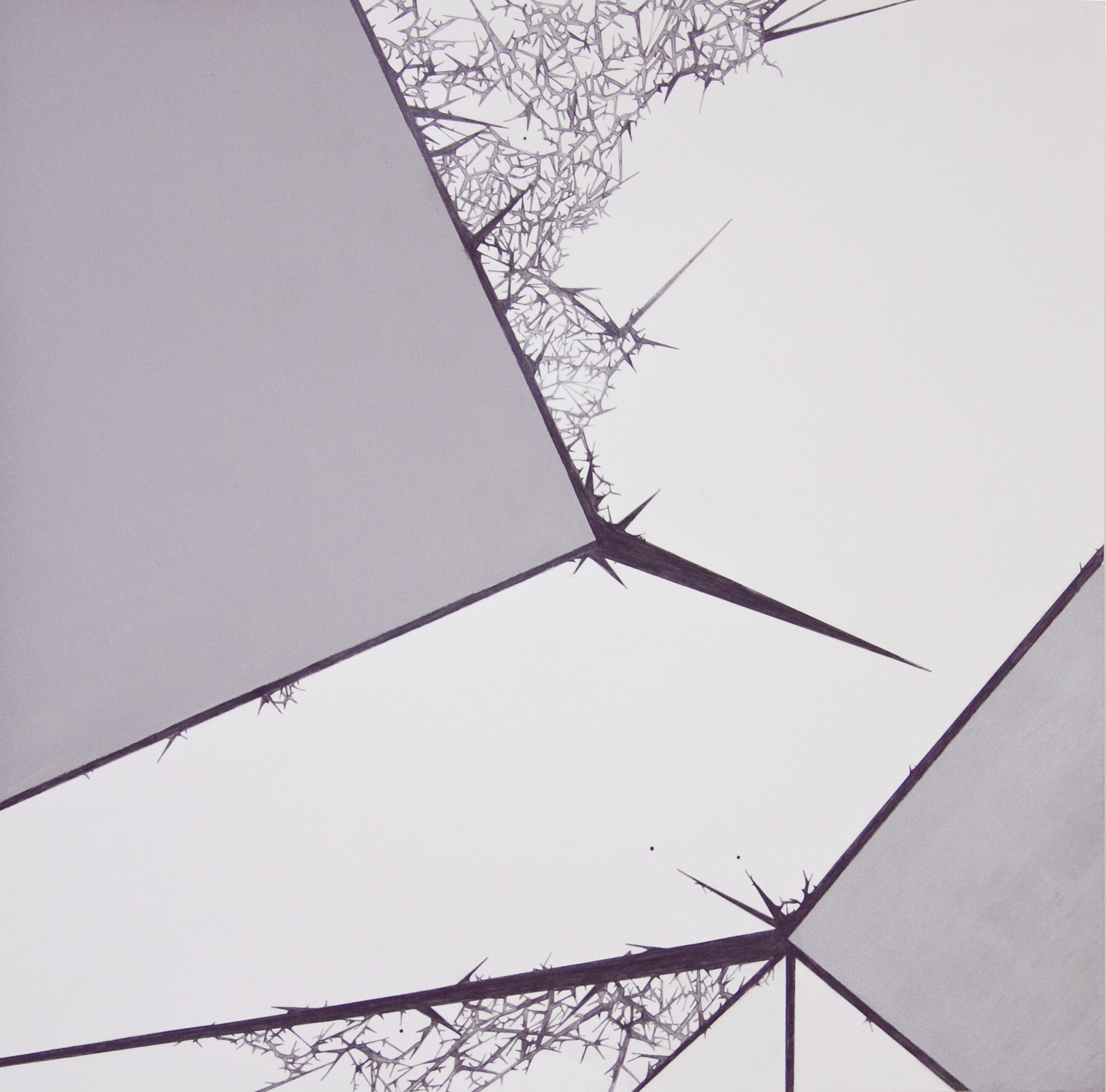 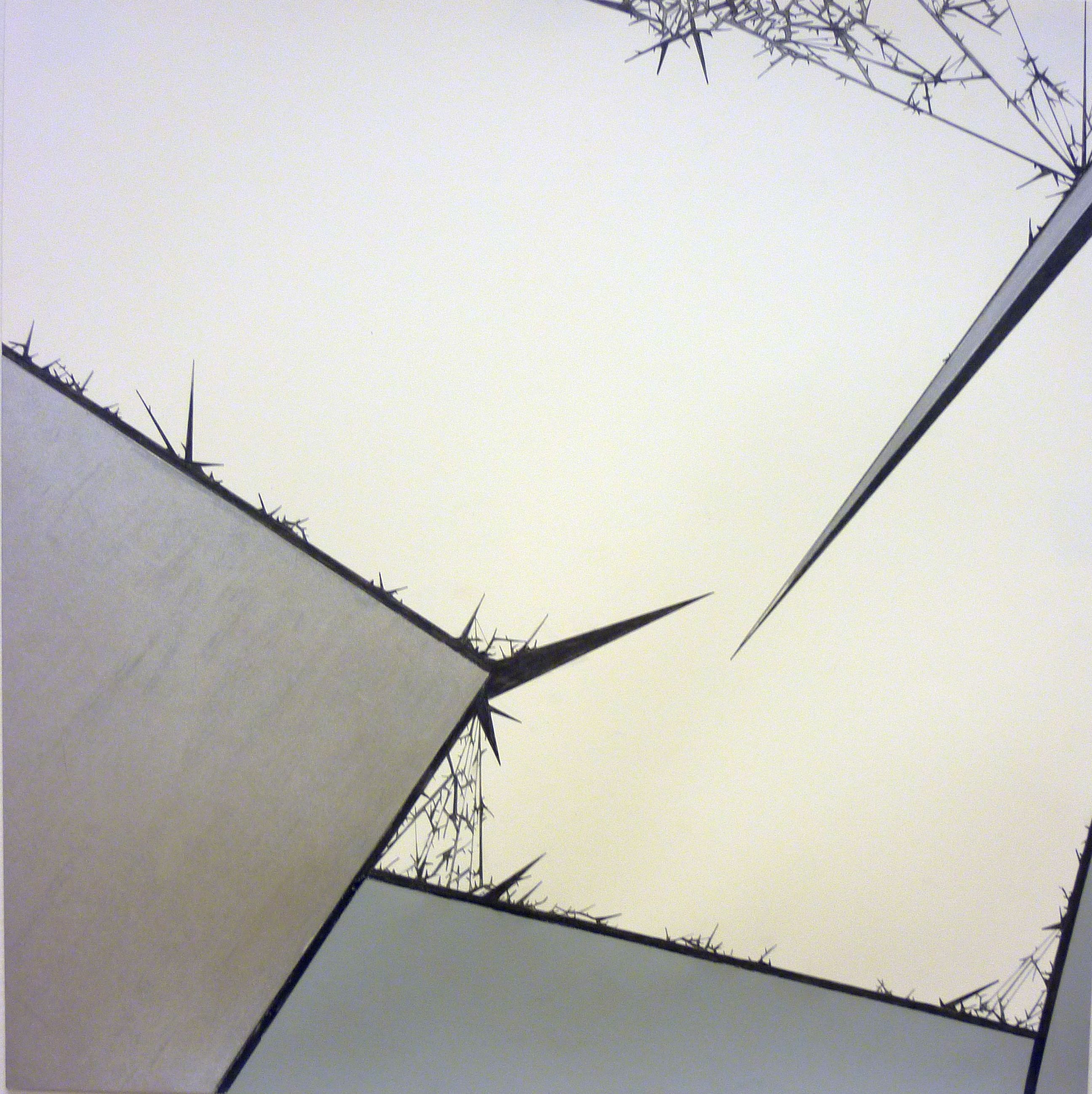 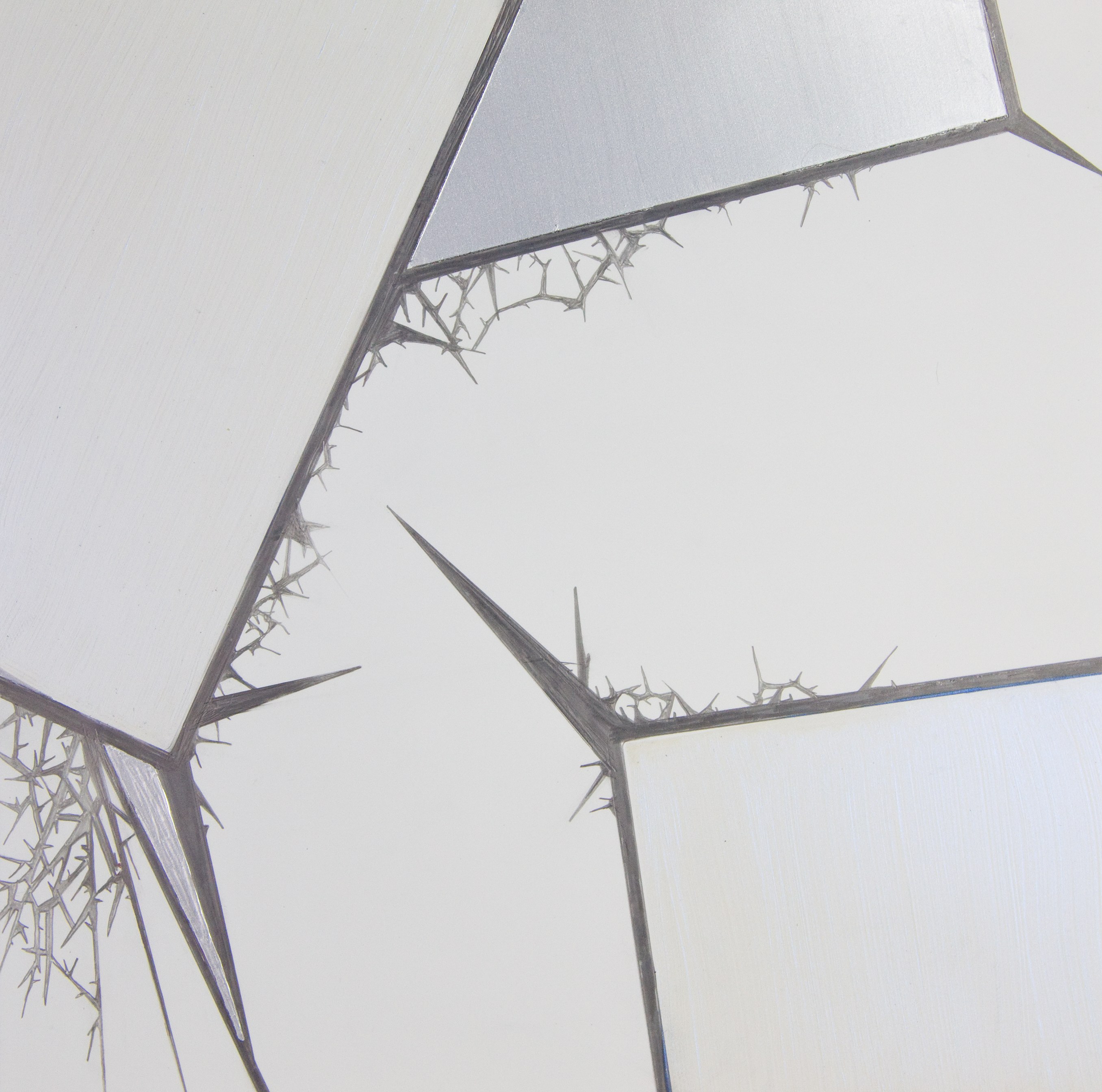 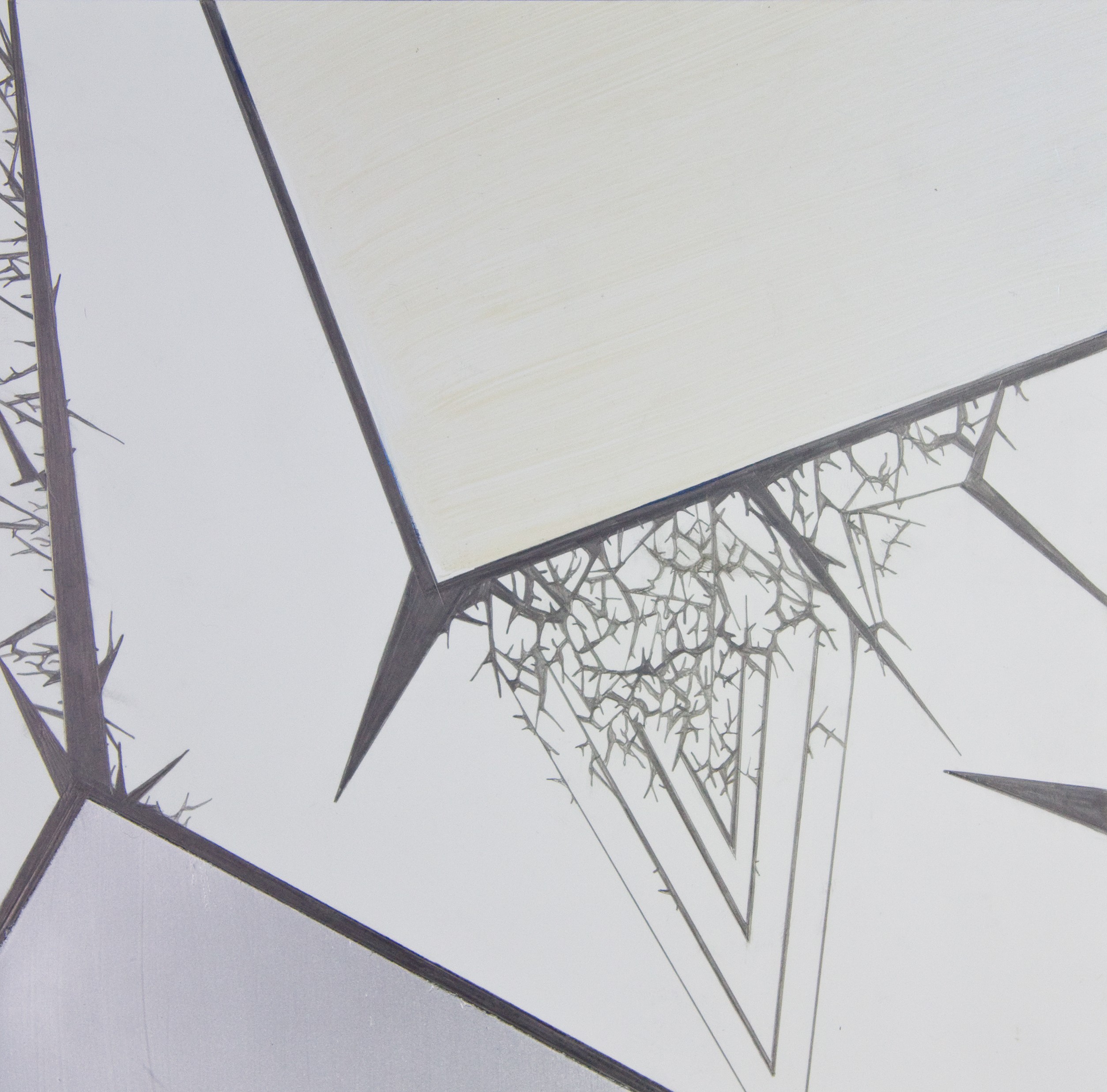 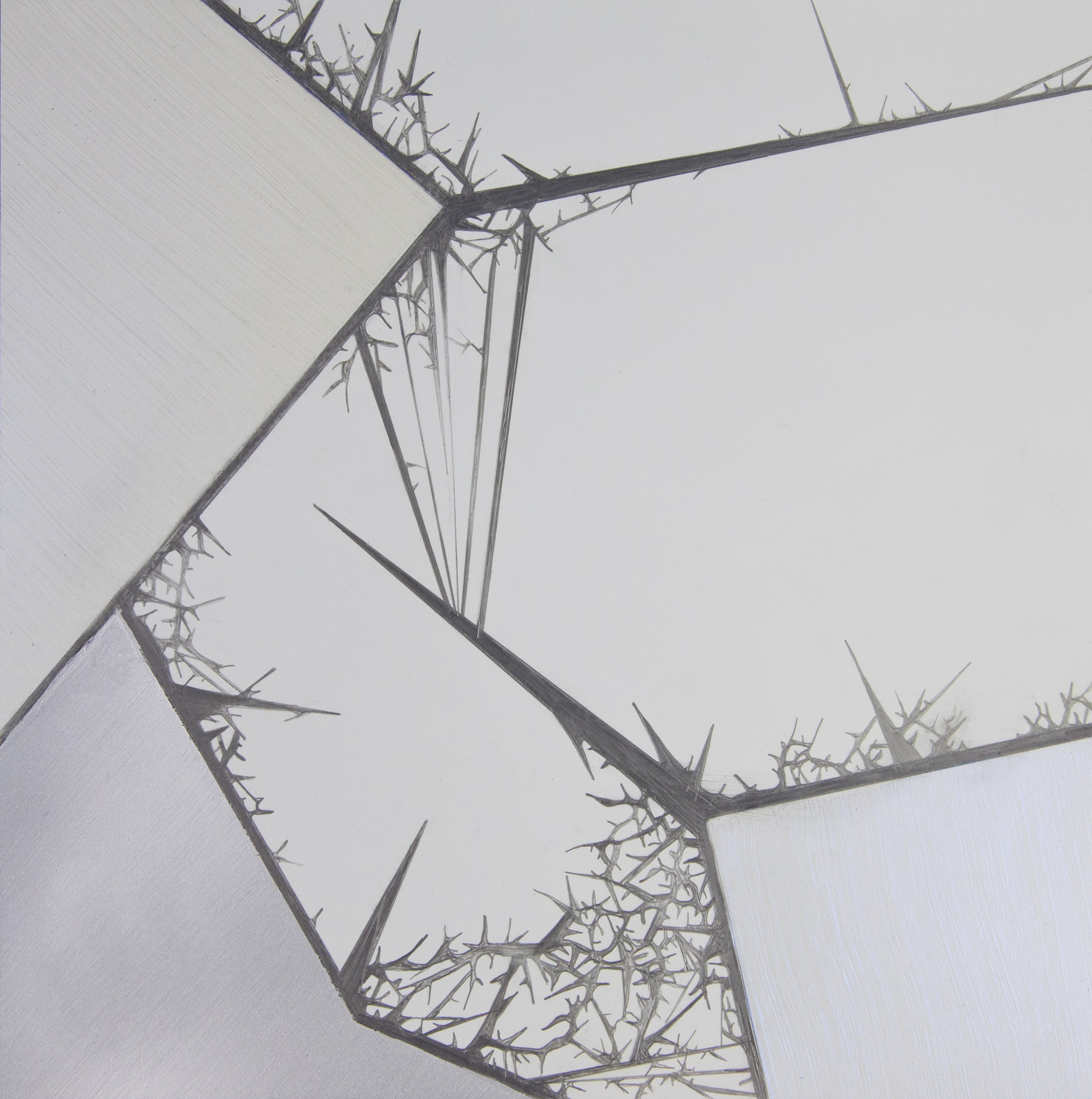 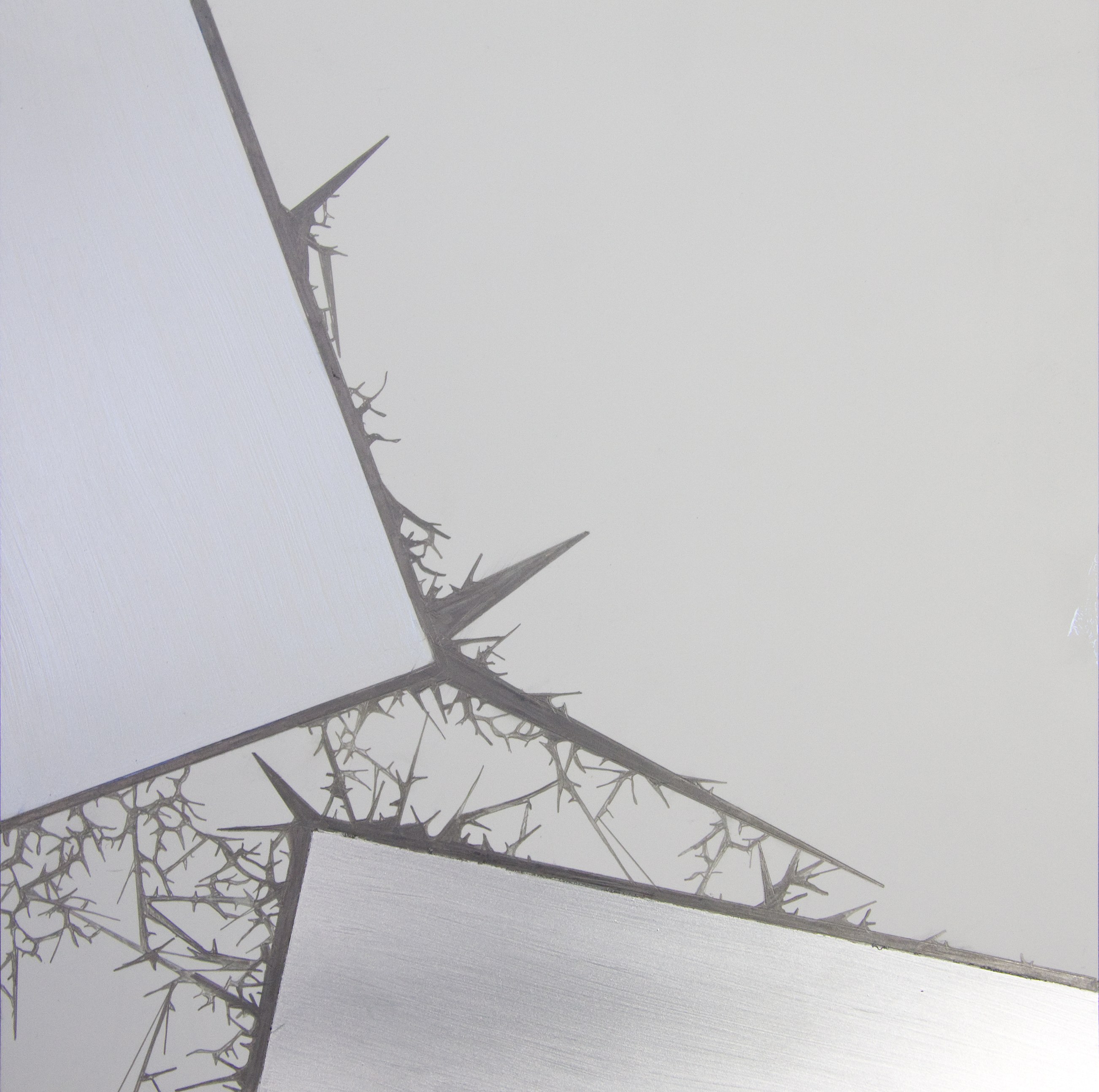 Shooting Zumthor, Among Others

You continue to inspire with your beautiful, intricate works of art.

A post on my Beauty Blog about the artiste.

Crisp and dramatic, with space to meander.
What a mental feast!
Thank you, Julie

Looking forward to your new exhibition!

Best wishes for your exhibition-a celebration of you and your impressive work!

I always liked what you do. Looks great. Our philosophies aren’t that far apart either from your text. No wonder I find it engaging. All the best, geo

Cool work and cool website. It is so enlightening to hear how you are inspired by specific architects.

Good luck with the exhibition in February. Best, Tina

Compelling work. Thank you for sharing it with the world

Congrats Julie!
I’ll definitely be there for the opening of your show in February! 🙂

Congratulations on the article.
Maybe I’ll be able to visit your exhibition in March.

January’s not too soon to make reservations for a late spring tour of Frank Lloyd Wright’s Oak Park neighborhood in Chicago. Last...