An economist by training and a woodworker by trade, Anthony Ulinski is now a studio painter who’s turned his attention to the landscape of eastern North Carolina.

Specifically, he’s inspired by the agrarian towns and farmsteads of the piedmont region. He’s an observer who carefully takes in his surroundings, making note of their condition.

Lately he’s been focusing on the areas around Rocky Mount, Tarboro, Greenville and Wilson, and in Nash an Edgecombe counties. He’s got an eye for rural architecture, and old farmsteads falling into disrepair.

Like a still-life, his paintings reveal a foreground and a horizon, with fields in the distance populated by simple buildings lit by wintry grays, electric spring greens or summer’s washed-out haze.

There are undertones of money too.

Other landscape artists might focus on beaches, streams or waterfalls, but he prefers the simplicity of what’s been built. “I’m focused on the things that people aren’t looking at,” he says. “There aren’t many working with the same subject matter and the same attitude.”

His work will be on display from Sept. 6 – 30 at Artspace in downtown Raleigh. 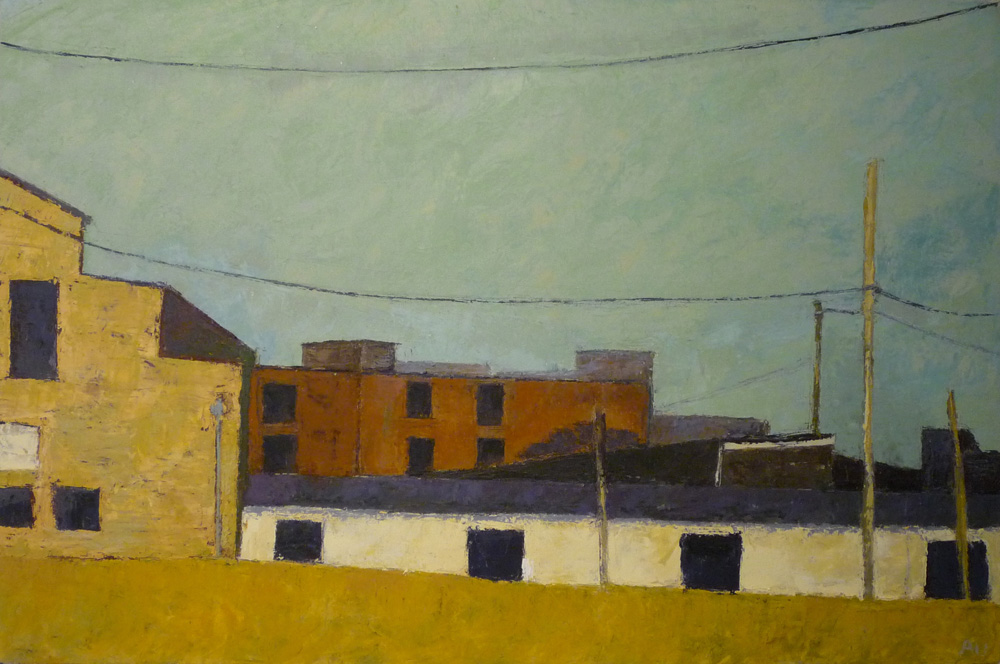 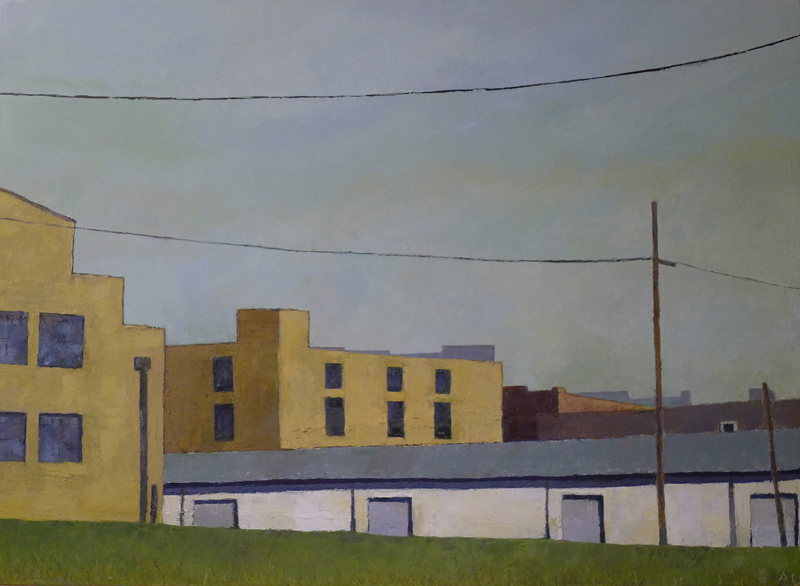 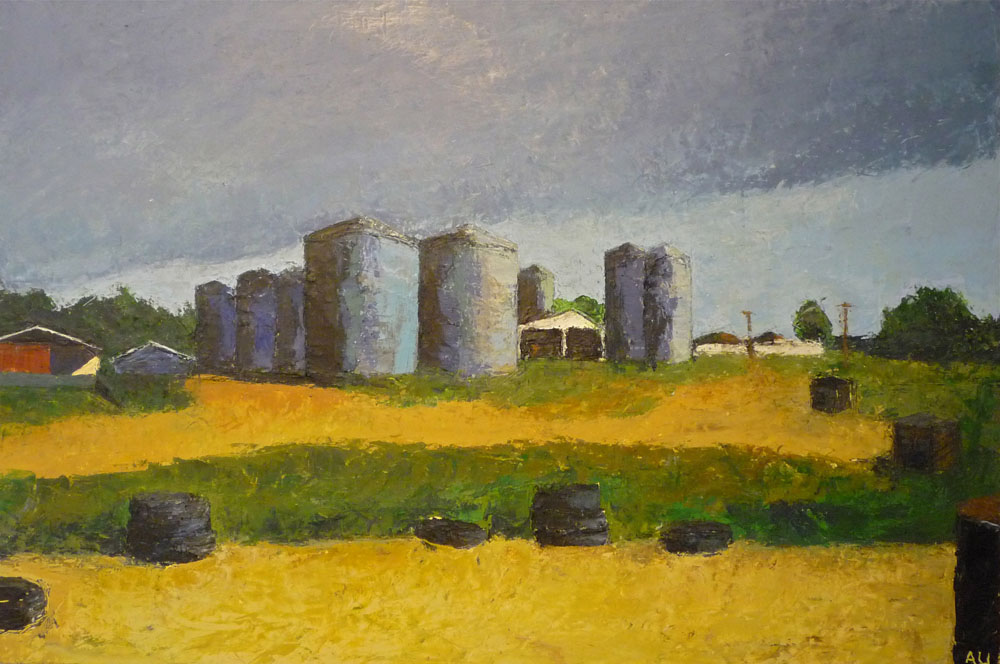 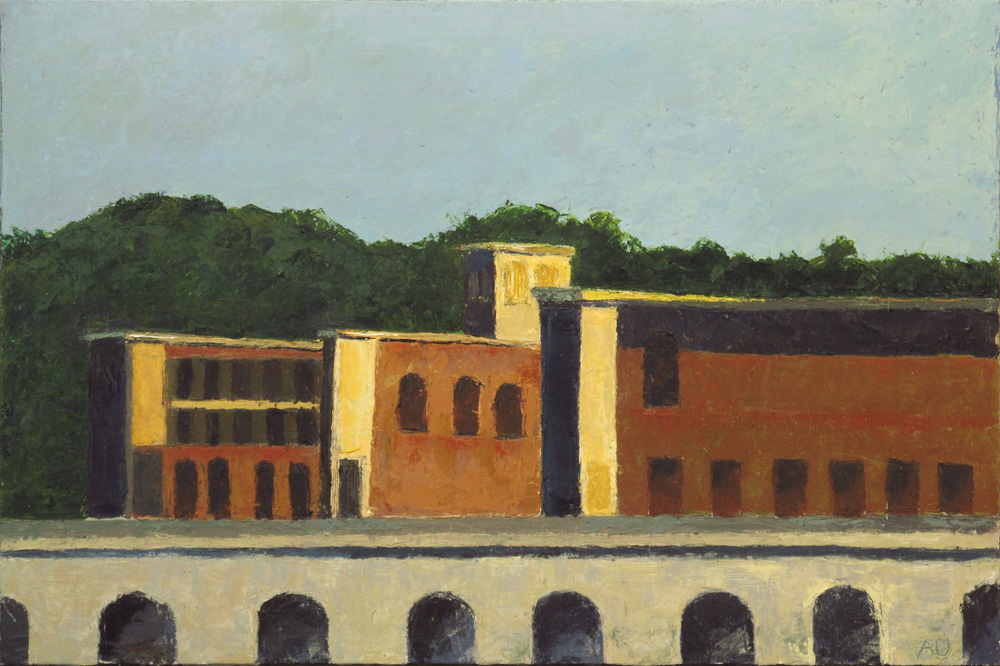 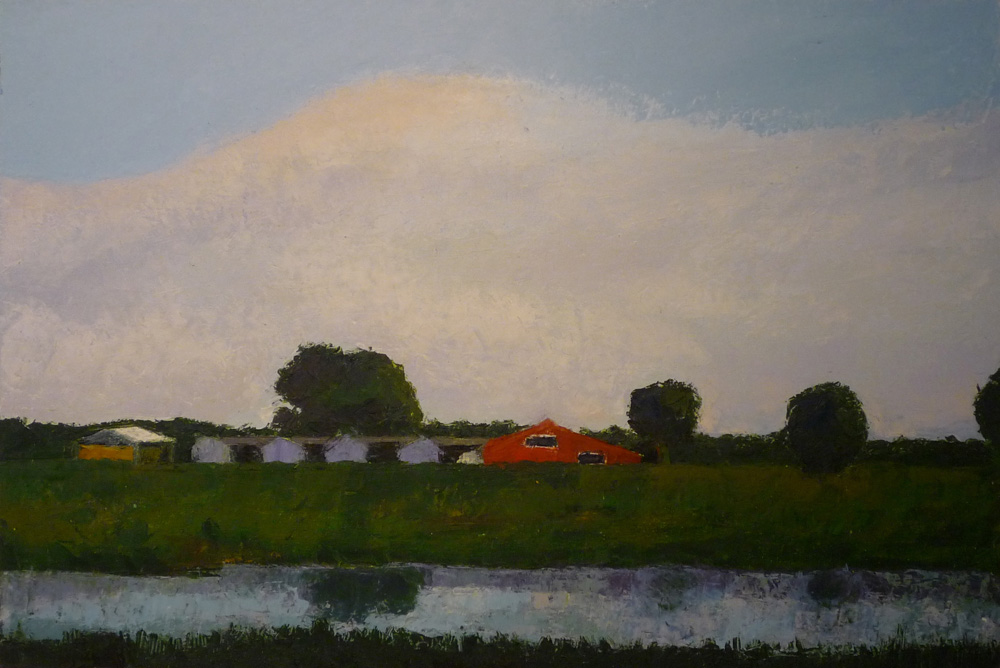 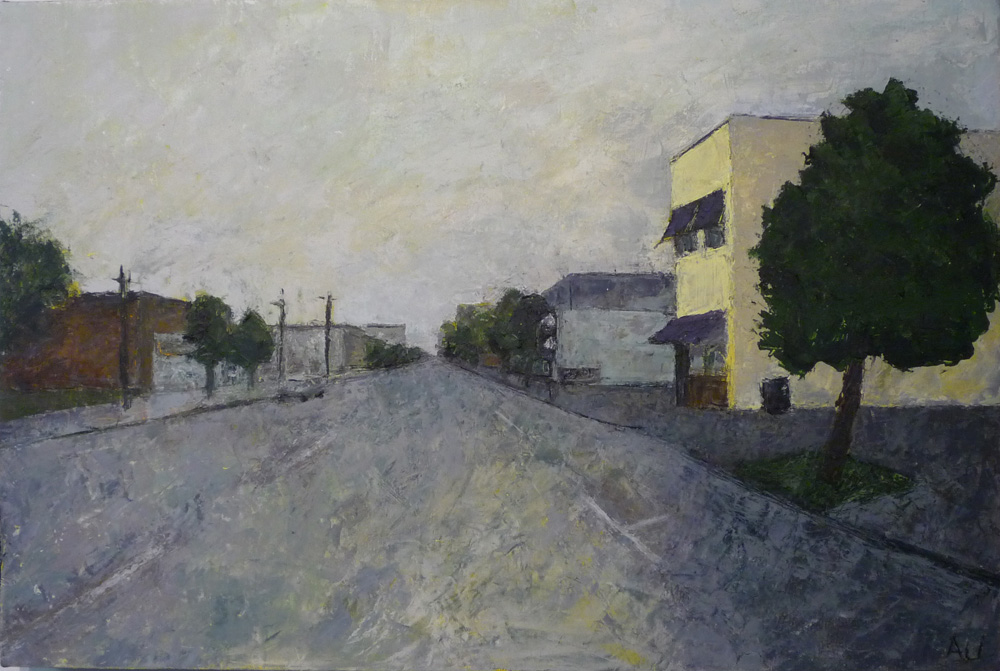 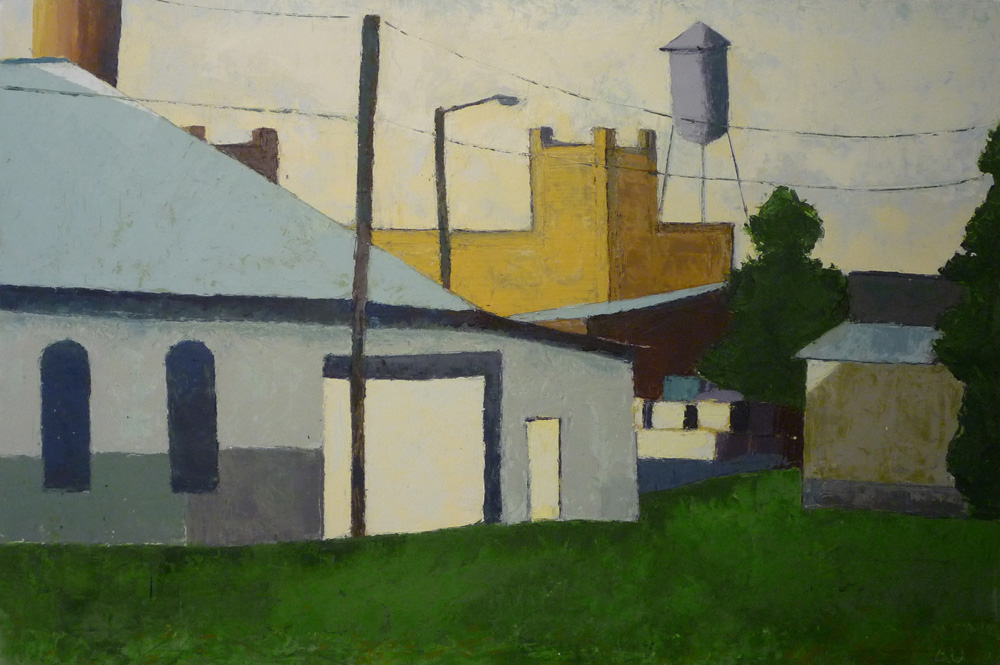 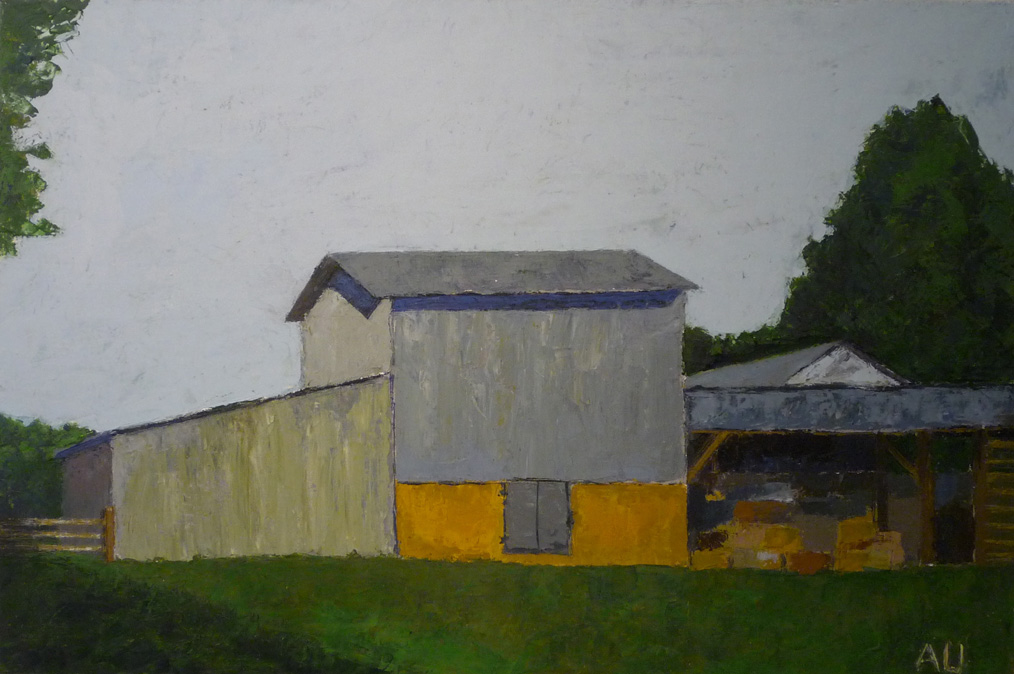 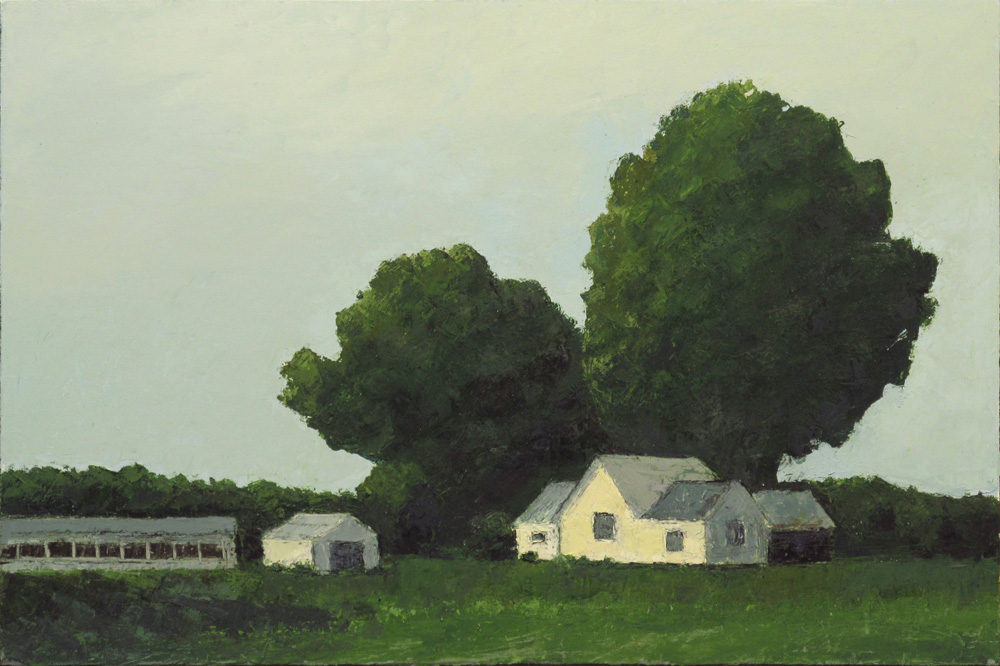 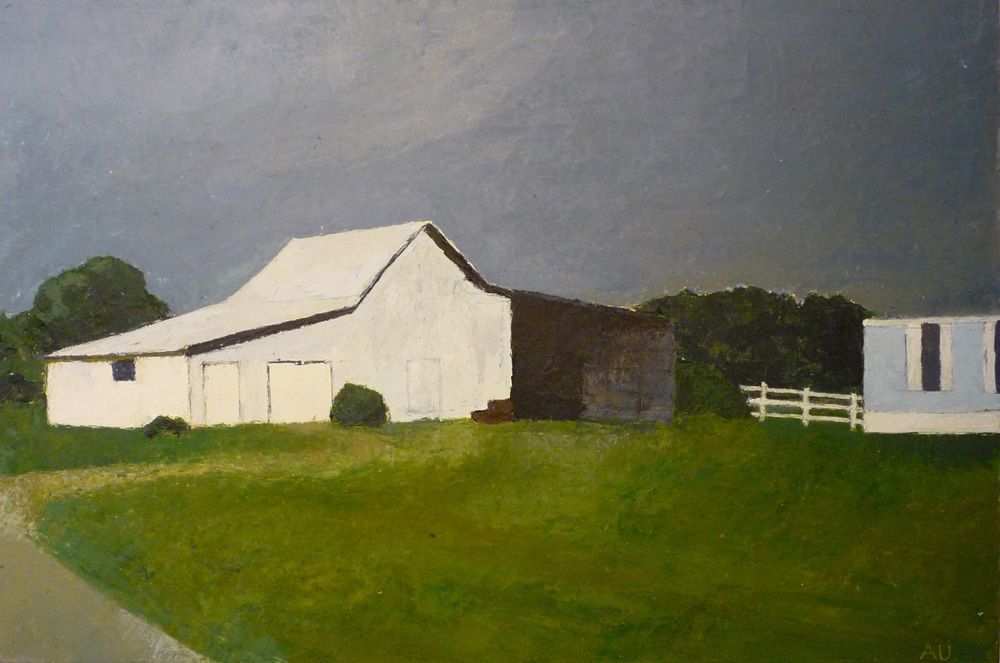 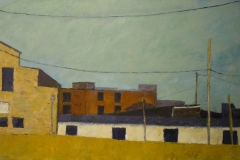 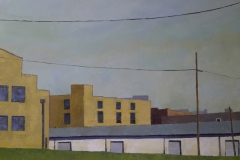 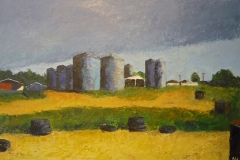 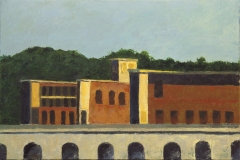 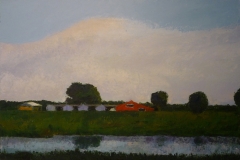 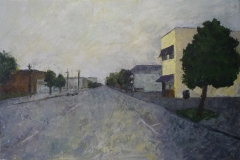 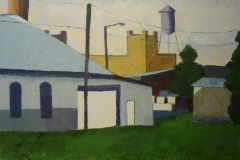 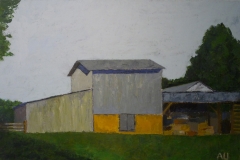 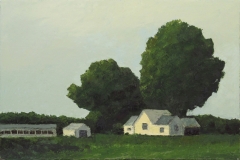 What a treasure! Thanks for writing this piece Mike.

Well-done! (says the wife of the artist). Thanks, Mike.

Beautiful work. I was with the artist on a photo research expedition just before a tornado. Some of these paintings are based on those photos. We narrowly escaped with our lives!

In 1980, Anthony Ulinski made a cradle for my infant daughter, so I have followed the course of his painting
with interest. His subtle color palate and careful compositions send memorable tributes to these old structures. Thanks for an enjoyable article.

Since I raised the roof of my 65-year-old 100’x 100′ hay barn in Chatham County I may look like a more prosperous equestrian but I thought I was just preserving the winter forage for my beasts. Thanks for the article and thanks even more for the art, Anthony!

As a native of Columbus County who know calls Northwest Florida home, I loved your paintings of place near and dear to my heart.

Trained in graphic arts at N.C. State’s College of Design, Deneé Black graduated and went to work on magazines to pay off student...