Six years of perseverance paid off for George Smart.

The executive director of the nonprofit group USModernist, was curious about the apparent disappearance of the second of three homes commissioned for display by the Museum of Modern Art in the 1940s and ‘50s.

And he simply would not take “No” for an answer.

The first MoMA home, designed in 1949 by Marcel Breuer, was auctioned off and found new life in Tarrytown, N.Y. The third, designed in 1954 by Japanese architect Junzo Yoshimura traveled to Philadelphia to become a museum.

But California architect Gregory Ain’s 1951 design for MoMA’s second home? Poof! For years, it seemed to have vanished into thin air.

Then in 2015, the Durham-based Smart picked up its trail.

“There were no records of it at MoMA or The New York Times or any other press,” he says. “I came up with a complete zero.”

He got into it again in 2017 when The Times wrote that it was still missing, and that a lot of people were chasing it down. “I thought they couldn’t have thrown it away,” he says “At the least, they could have given it to somebody.”

He stayed in contact with the archives at MoMA. “I’d write and they’d say nothing had been found,” he says. “Every time a different person wrote me back, every six months, for four years.”

Eventually, Smart enlisted the help of MoMA’s online finding aid, uncovering files about the house. But by that time, the nation was in the grips of a pandemic and the archives were closed. “Then in six months they started servicing emails and sent me the files – there were a couple of hundred pages,” he says. “And I put together the pieces to tell the story of what actually happened.”

As it turned out, the house was alive and well-taken care of in Croton-on-Hudson, about 40 minutes north of New York. A fellow name Isidore Skol and his wife had seen the house in 1951 during its exhibition and loved it. They wrote Ain, who referred them back to the museum. MoMA auctioned it off and they won.

Skol took it apart, took it to an aircraft hangar near Croton on Hudson, then put it together in the spring of 1951. “It’s on three or four acres and not visible from road, which is one reason no one knew where it was,” he says.

The home has had three owners. “I found the original family’s daughter still alive,and her daughter is still alive – she grew up in it when they were kids,” he says. “The current owners are a mother and her three sons.”

Turns out it’s a well-maintained, 1,700 square-foot modern home with a minor addition. “I called the original family first to verify this was it,” he says. “I could only get a visual through Google, but I could tell it was the one.”

The Times published a feature on the now-found house on May 27, crediting Smart for tracking it down. “After the article came out I talked to the current owner,” he says. “She was fascinated by it – she’d read the 2017 story about it being missing, and she was super-excited to read about the architectural history.”

The home originally designed by Ain was meant to show what was possible with architecture, materials, and a small house that was modern and cool. “Thousands came to see the three homes – they were insanely popular,” he says. “It was unusual to have a full-scale house in an exhibition, and modern houses were new to the general public.”

Ain was a respected architect in L.A., active in civil rights movement, and hired African American architects. “The FBI and J. Edgar Hoover called him the most dangerous architect in America, because of his constant lobbying for desegregation in public housing,” he says.

“In the 1930s he’d gone to USC and dropped out to work with Rudolph Schindler and Richard Neutra and Harwell Harris,” he says. “During World War II, he was chief engineer for Charles and Ray Eames, for their plywood chair.”

Before his death in 1988, he was extremely well known in California.

But now, like the house he designed for MoMA, he’s been rediscovered. 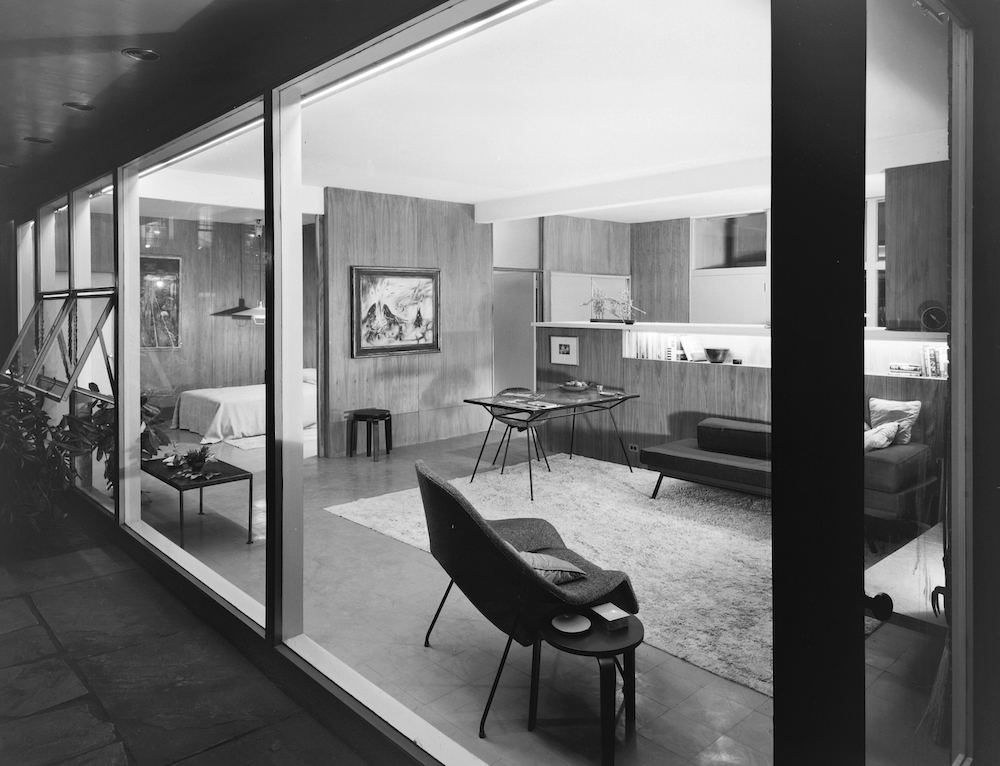 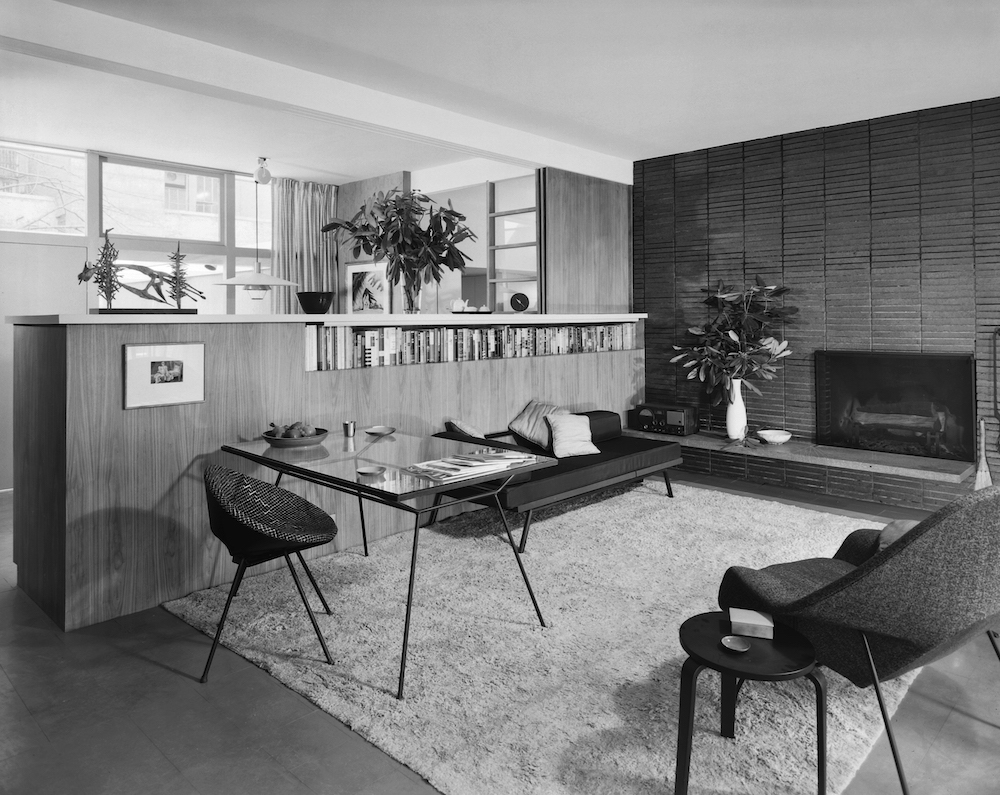 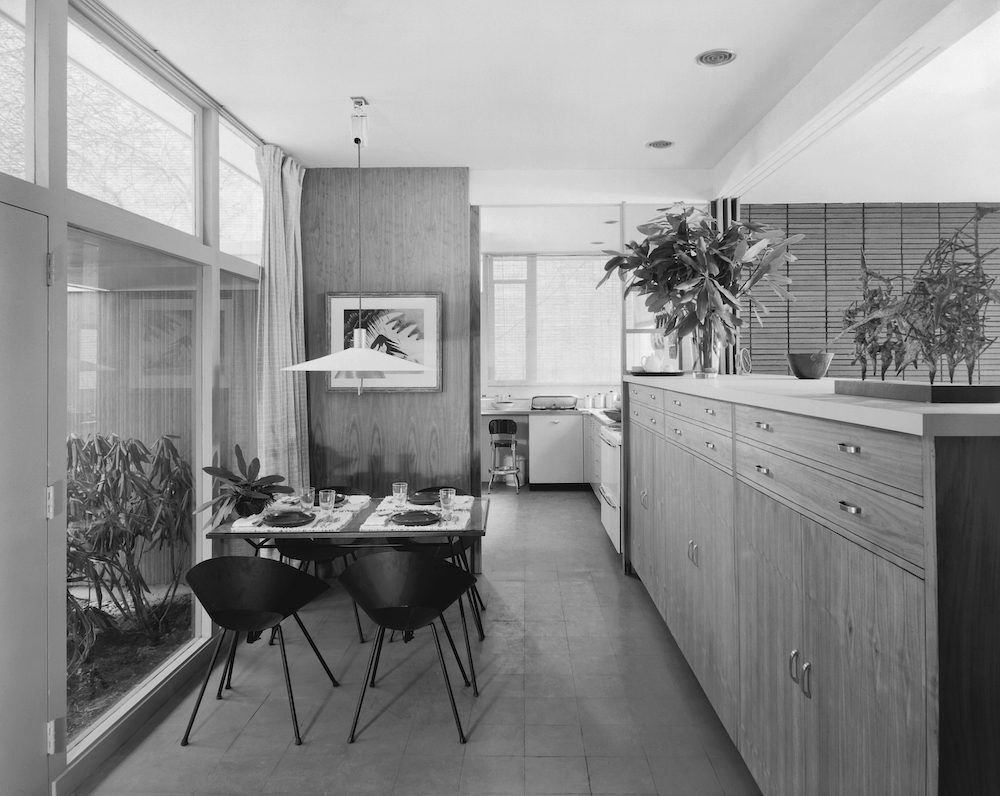 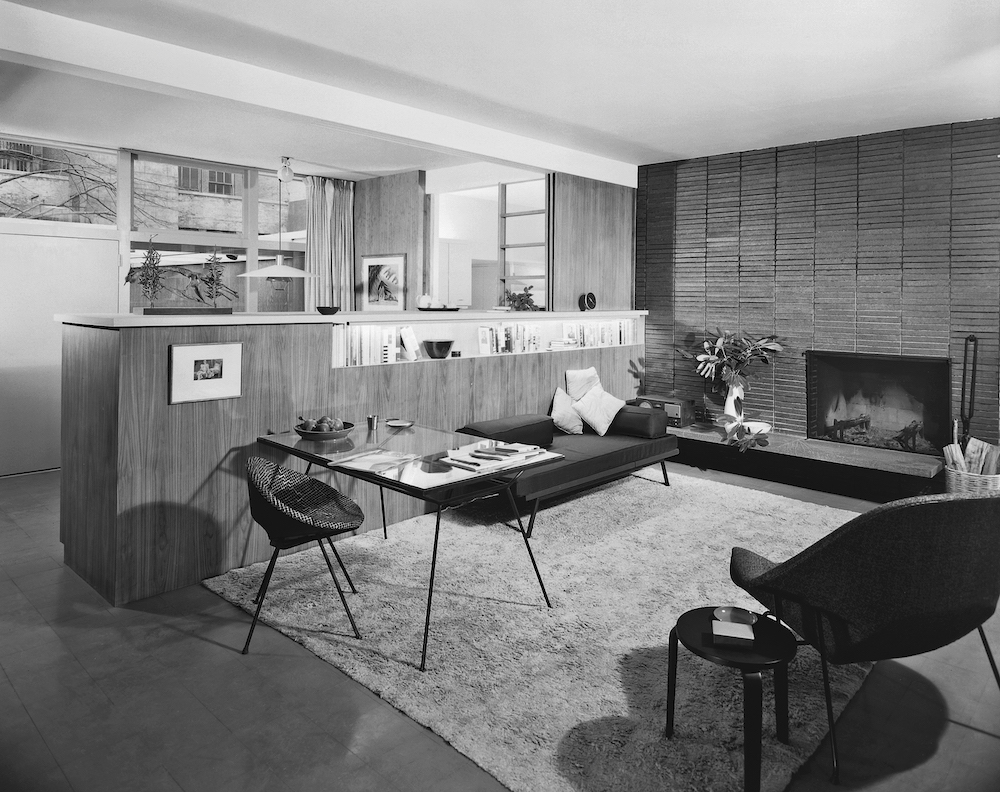 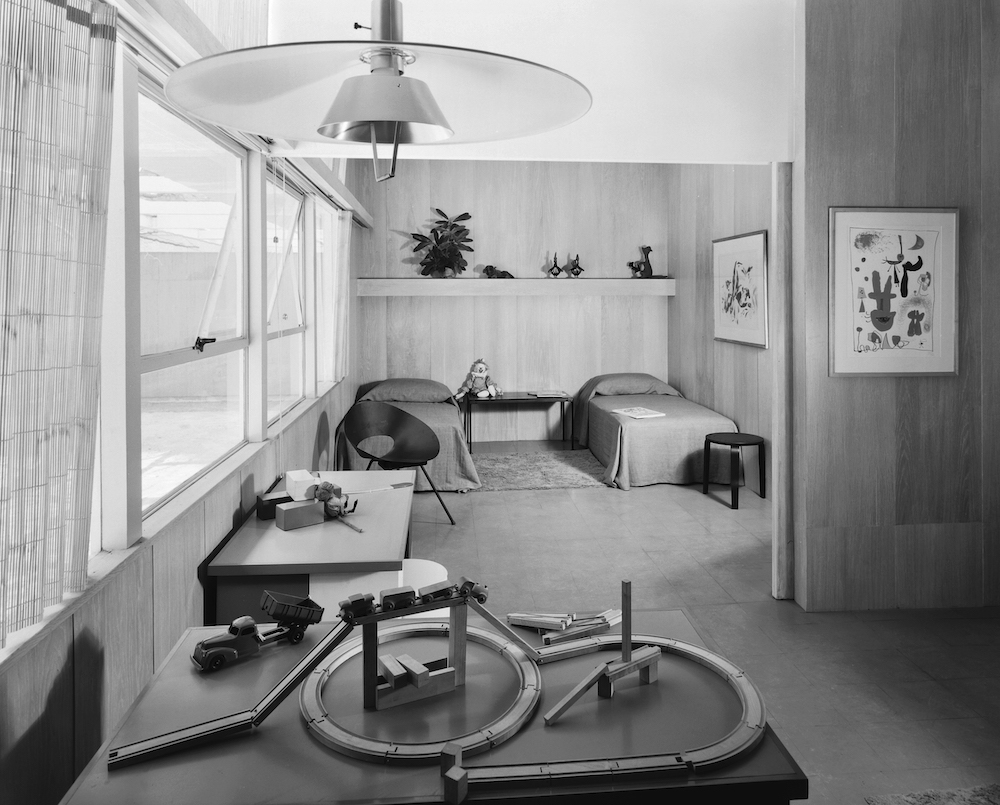 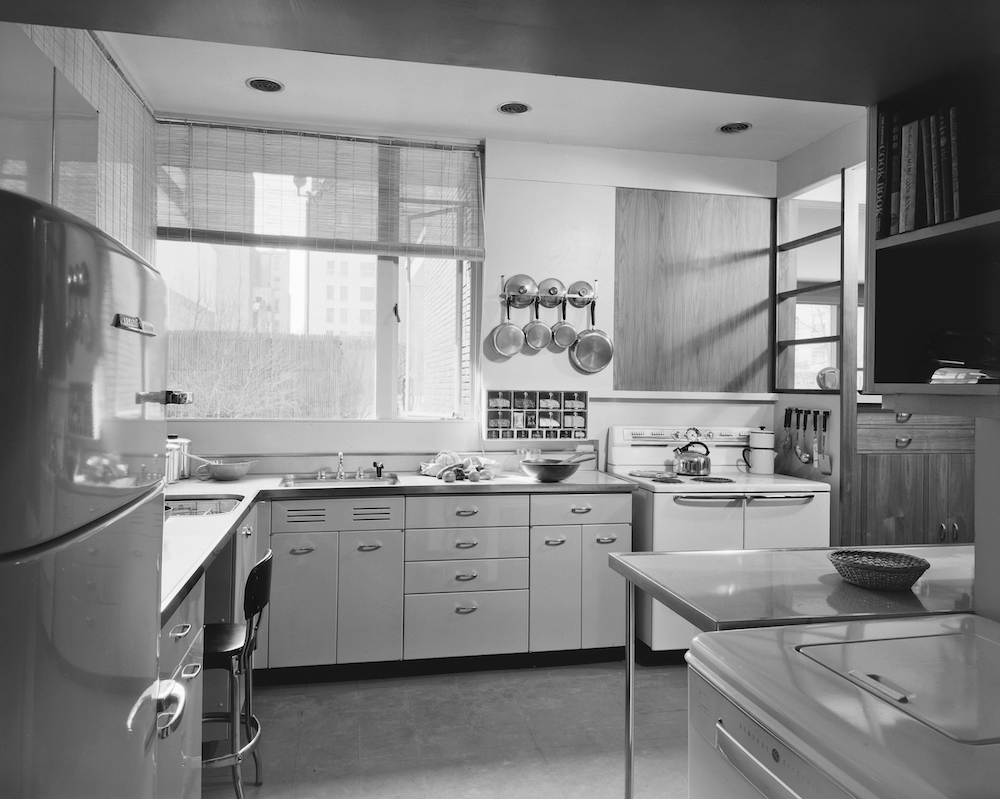 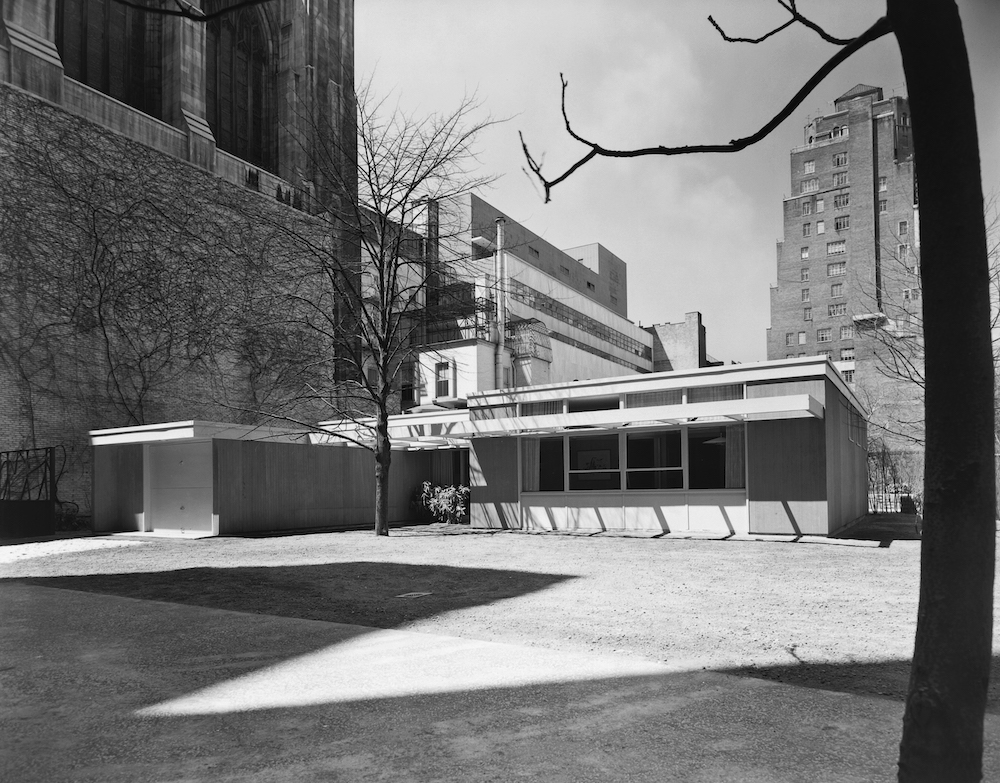 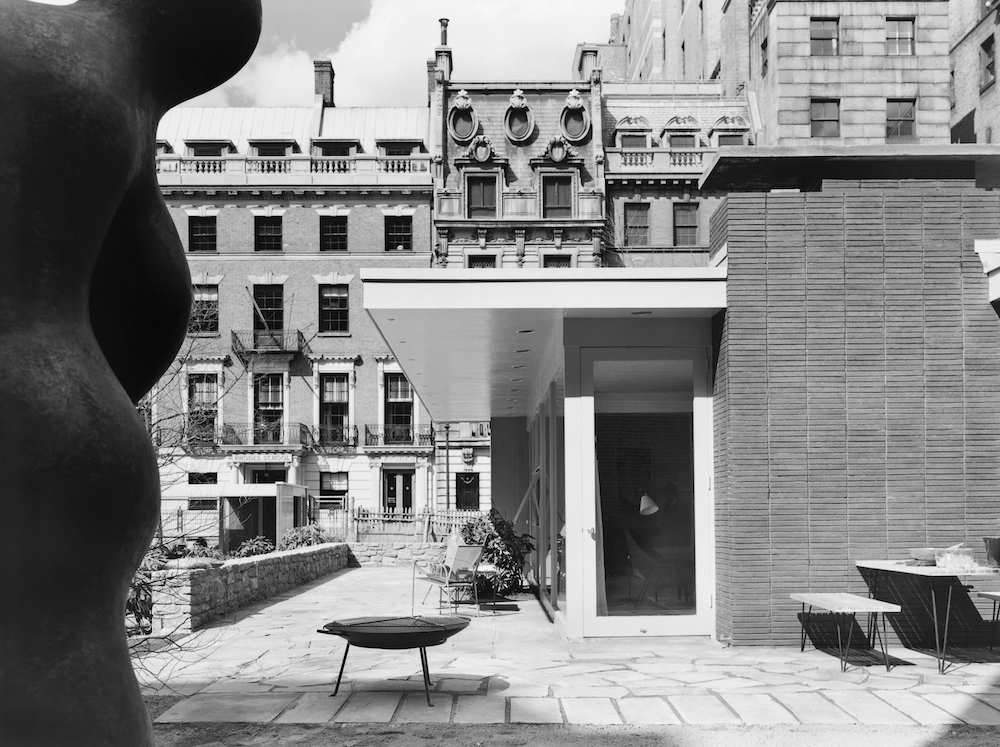 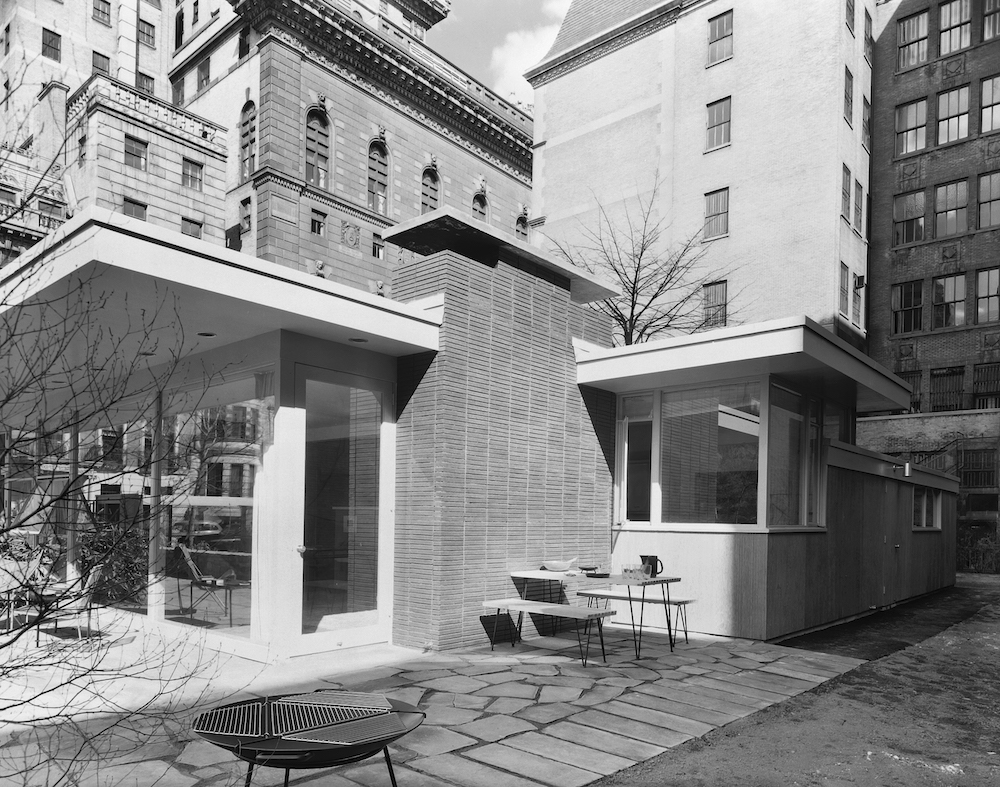 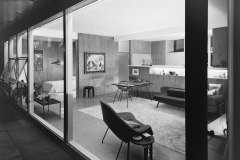 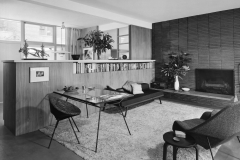 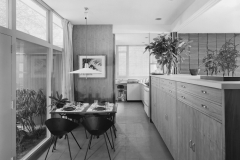 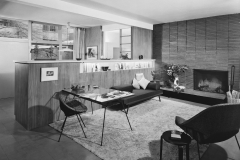 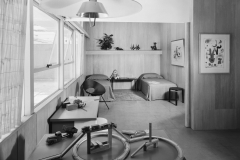 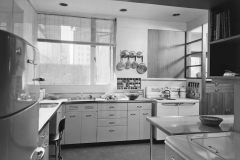 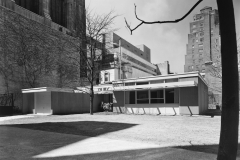 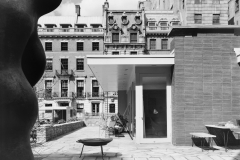 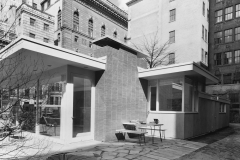 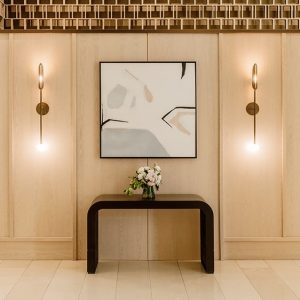 As it turns out, there’s more than a little benefit to designing six million square feet of luxury residential space for New York...