Like many architects of a certain age, I am sitting on a slide collection of innumerable images gleaned from many trips to architectural shrines and lesser destinations. I recently began to digitize some of these so I could more easily share them with colleagues and remind myself of old lessons. In the process I also learned some new ones.

During the summer of 1987, I toured France, Switzerland, and Germany in the company of Syracuse faculty members, including Werner Seligman, and about 20 fellow students on the centennial of Le Corbusier’s birth.

Born Charles Edouard Jeanneret in La Chaux-de-Fonds, Switzerland, he is recognized as one of the giants of modernism. He shed his given name early, somehow realizing like Madonna, Prince and Sting that sporting a singular name sets one apart.  In my grad school studios he was a god, he was Corb or Corbu, influential for his buildings but also because of his writing: the collection of his essays in Vers une Architecture codified his attitude toward architecture. He was also a painter of note. During our summer tour we had access to practically all his buildings in the region, icons and little-known works alike.

Corb’s built work and theorizing helped to usher in the 20th century machine aesthetic and minimalist design that we associate with modern architecture today. He had great faith in technology, loved the automobile, admired aeronautic design and came of age in a part of Switzerland renowned for precision watch-making that could be considered the Silicon Valley of his age.  If you ever have heard a house referred to as a Machine for Living, you have Corb to thank.

His early work was influenced by the Arts and Crafts movement and the Romantic, naturalistic bent of his early art teacher, L’Epplattenier. Here is a good example of the power of a good teacher in a young person’s life. L’Epplattenier recognized his gift and helped arrange commissions for Corb when he was just 17 years of age.

What surprised me viewing these 24-year-old images of a memorable tour was that the modernist Corb was actually very earthy and sustainable. Some architects might think sustainable design began with LEED, while others may date the movement from the Arab Oil Embargo of 1973. Looking back at the examples of Corb’s work from post-war France suggests an awareness of some of the principles that guide present day sustainable design.

I hadn’t remembered all of his green roofs, a staple in Green Design! He built largely in concrete, a good way to make the post-war shortage of steel go farther, but also a heritage of his early training under Auguste Perret, a proponent of reinforced concrete. What was striking looking back at the concrete work was the rough character of the material. Modern architectural concrete standards would never tolerate this gnarliness. Clearly, he had learned to build using local materials in a manner suited to the quality of labor at hand and didn’t obsess about the level of finish.

This realization was refreshing.  We contemporary architects obsess about precision and crisp finishes.  We also fixate on the placement of the many devices and mechanical intrusions that must be integrated into our new buildings, from sprinklers and exit signs to lighting levels mandated by code, thermostats, smoke detectors, and fire safety systems. Looking at these works from just fifty years ago, you realize how much mechanical and electrical advancements have taken over our spaces. I envy the casualness and purity with which Corb and his generation could approach design, concentrating more on space, form and expression without being sidetracked by today’s technological expectations and inevitable complications.

Through these old slides, I also see that he had come to understand that buildings are for people, that they should grow out of their context with only a little help from the skilled trades. At first I thought his architecture was saying, “Don’t obsess – build.”  Now I realize he had more freedom to choose his obsession. His was for space, form, and expression. To that, we architects of the present must add “integrate the technology.”

Edward Keagle is an associate at Centerbrook Architects, http://www.centerbrook.com/ 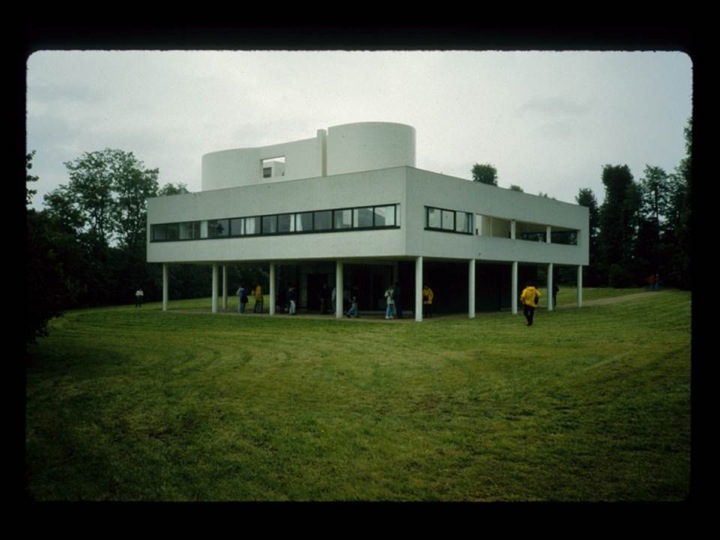 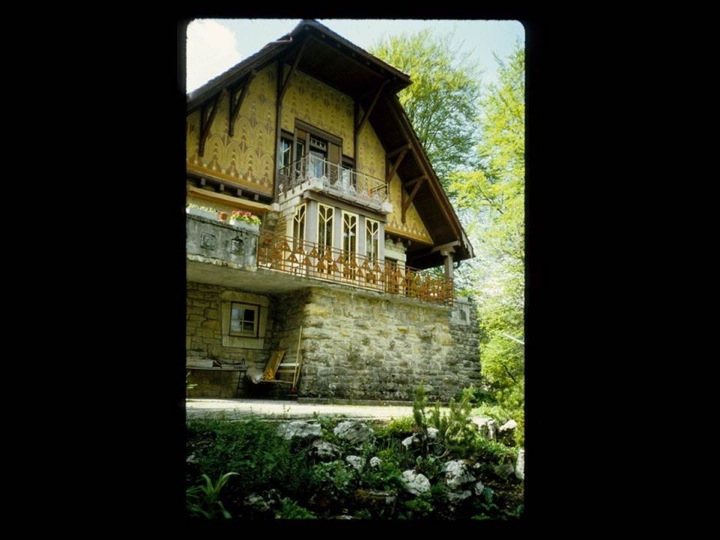 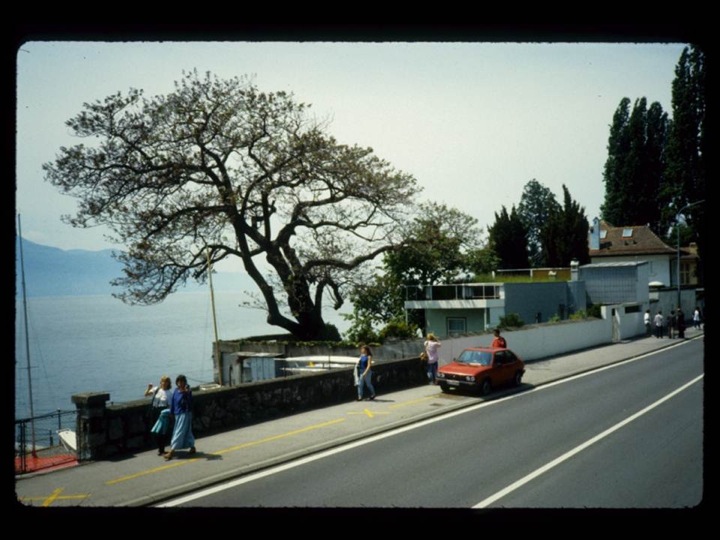 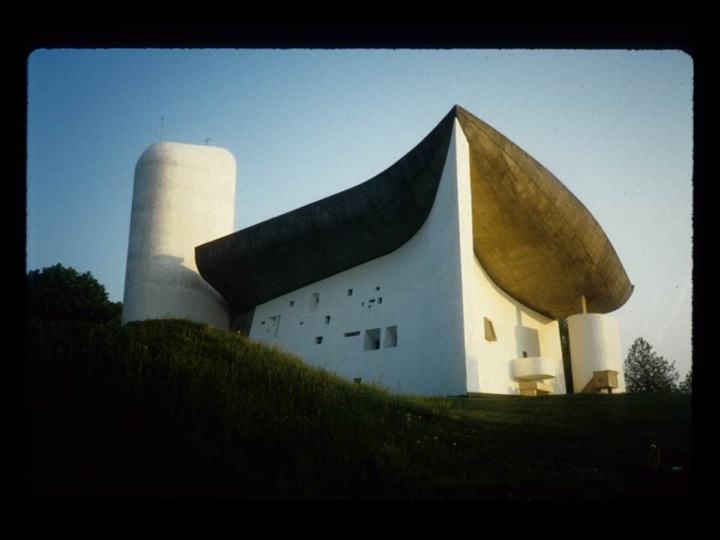 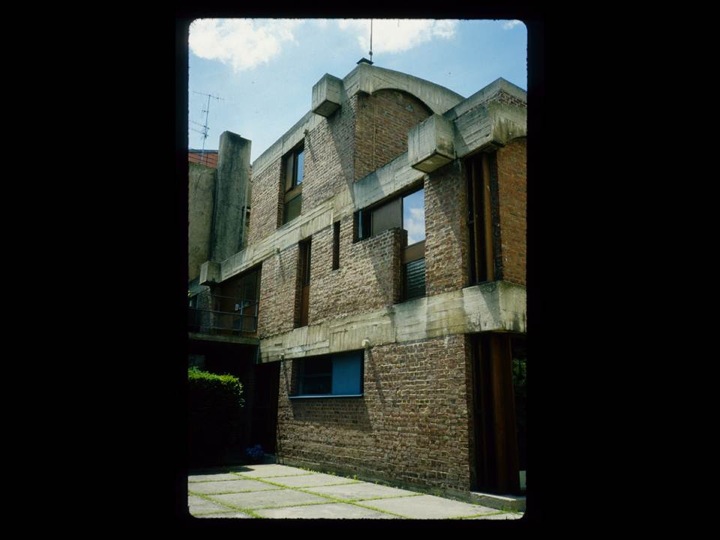 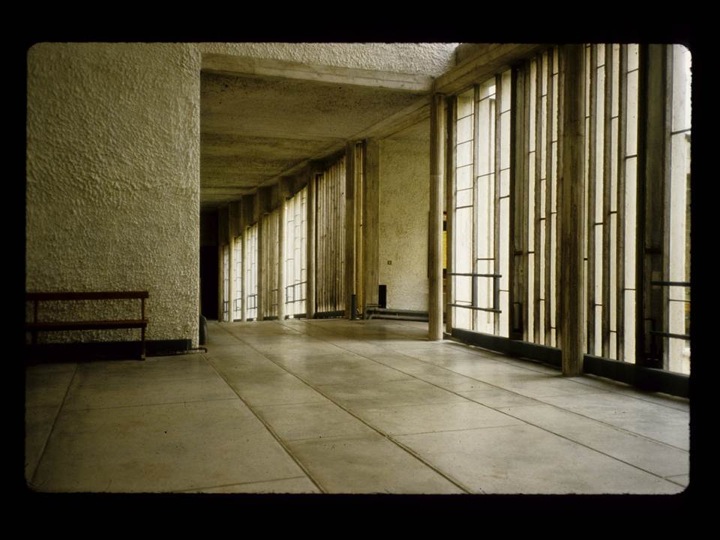 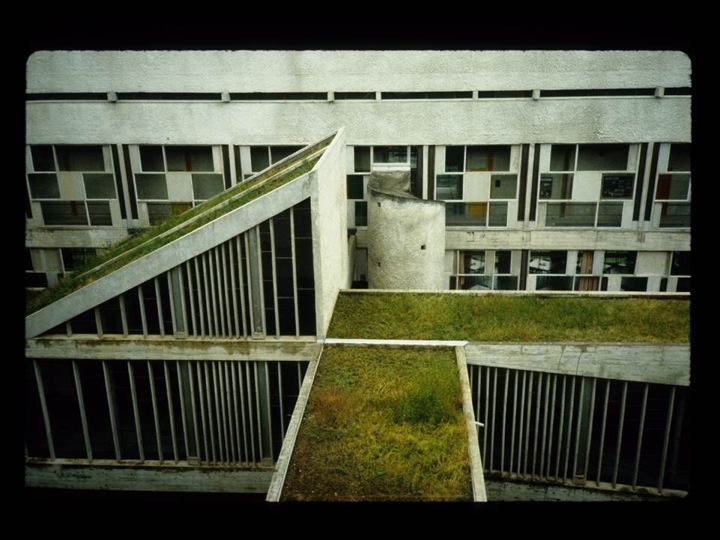 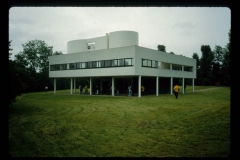 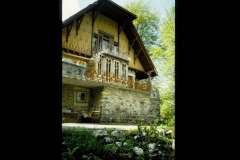 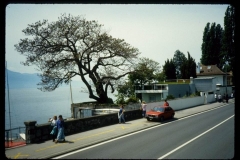 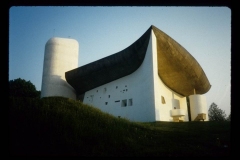 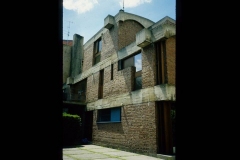 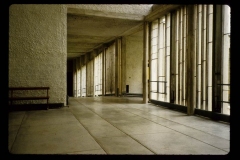 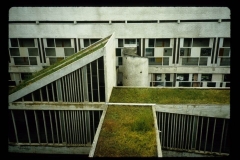 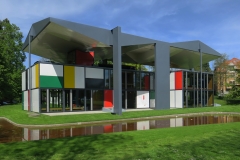 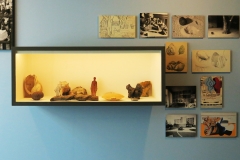 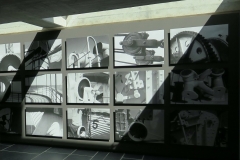 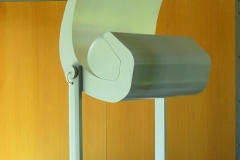 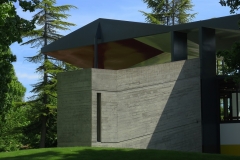 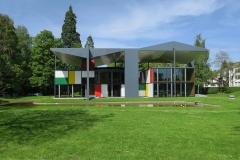 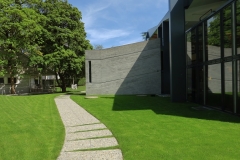 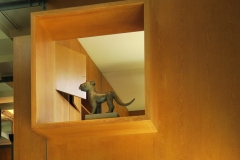 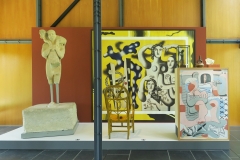 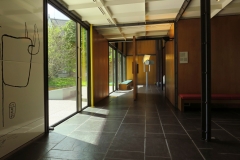 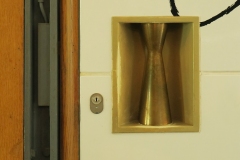 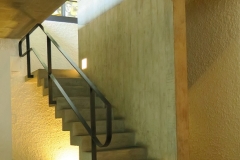 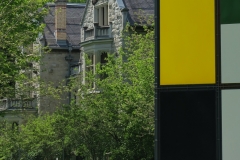 Dan Gottlieb’s photography has been shaped by two life-changing events. Born with a hearing disability, his world as a child...