On the Irish Coast, Connemara Restored

Where exactly is the project?

The site is in the townland of Dolan, not far from the beautiful fishing village of Roundstone in Connemara, County Galway, on the West Coast of Ireland.   About an hour’s drive east will bring you back to the nearest city of Galway.

How large is the site? The size of the buildings?

The site is 2.8 hectares and stretches from the existing road down to the sea in a long narrow strip (the traditional shape for plots of land in that part of the country) of approximately 630m x 45m. The project’s gross internal floor area is 164.8m2 (92.1m2 ground floor, 72.7 first floor).

What was there originally?

Two ruined stone cottages – well, a cottage and a shed – dating from at least the early 19th century (it was present on the Ordnance Survey Maps of 1837-1842, in any case). The site has an interesting history of which the local building contractor, Fechine Mitchell, who lives adjacent also, has a little more detail than us.  He told us:

“A gentleman of a good vintage by the name of Mr. Folan was moved out of the ruin in the 1980s by the local County Council due to ill health. He passed away in the early 90s. He had no family that I know of. While still living there, a family in Roundstone who ran the local grocery shop would call out to him and look after his needs. There was no access road, just a worn path up to the house from the main road. Mr. Folan had never been in hospital until he was taken from the house; probably he had never been further than Roundstone, but this cannot be confirmed. It is said that originally the 2 buildings were a house and a shed for the animals; when the roof of the shed fell in the animals joined him in the house.

We sought to sensitively reconstruct and link the existing cottages, adapting them to the requirements of contemporary life. The central link was designed as a transparent connection allowing the cottages to still read as two distinct structures in the landscape. We also inserted a glazed bay to the kitchen to allow a direct connection between interior and exterior when fully open.

On Monday, we’ll view the interiors.

For more on Peter Legge Associates, go to http://www.plaarchitects.ie/ 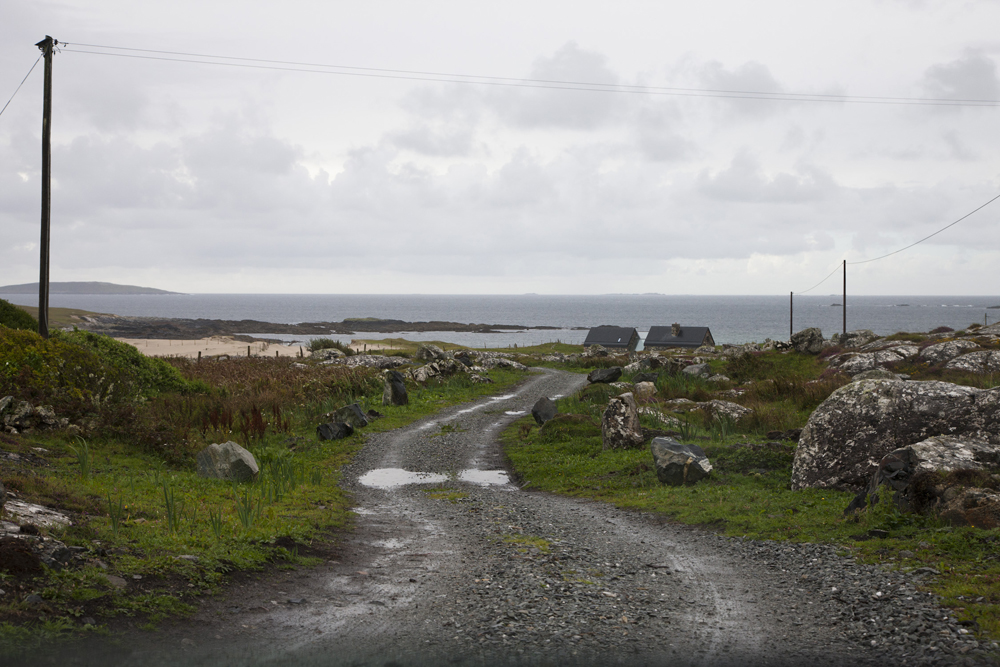 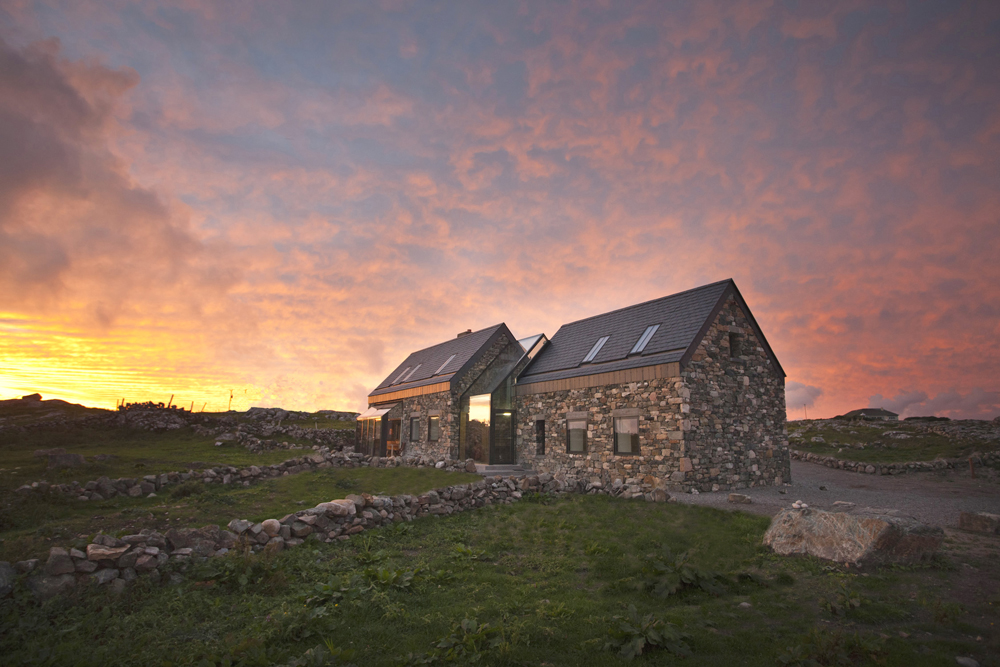 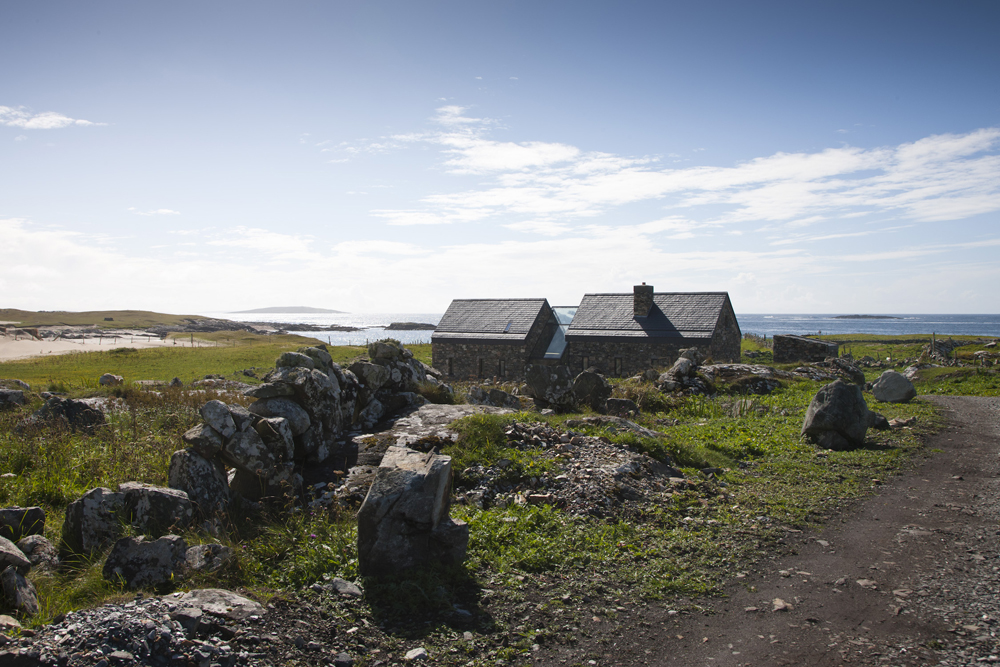 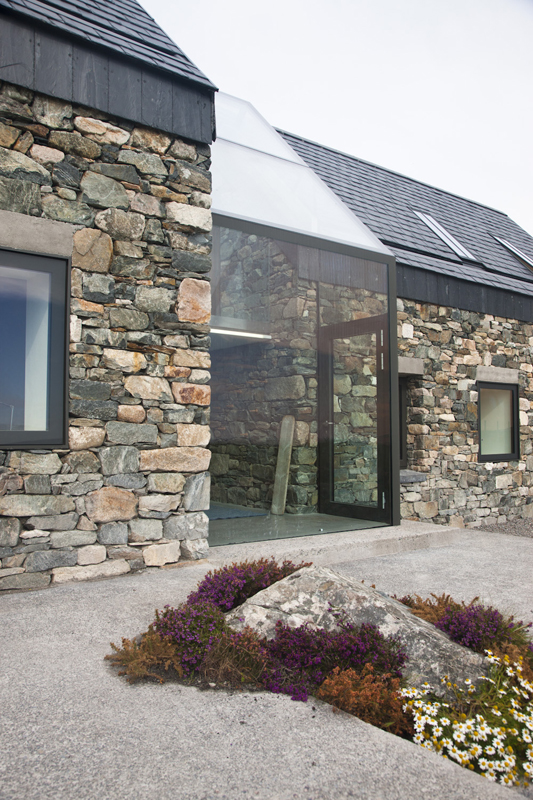 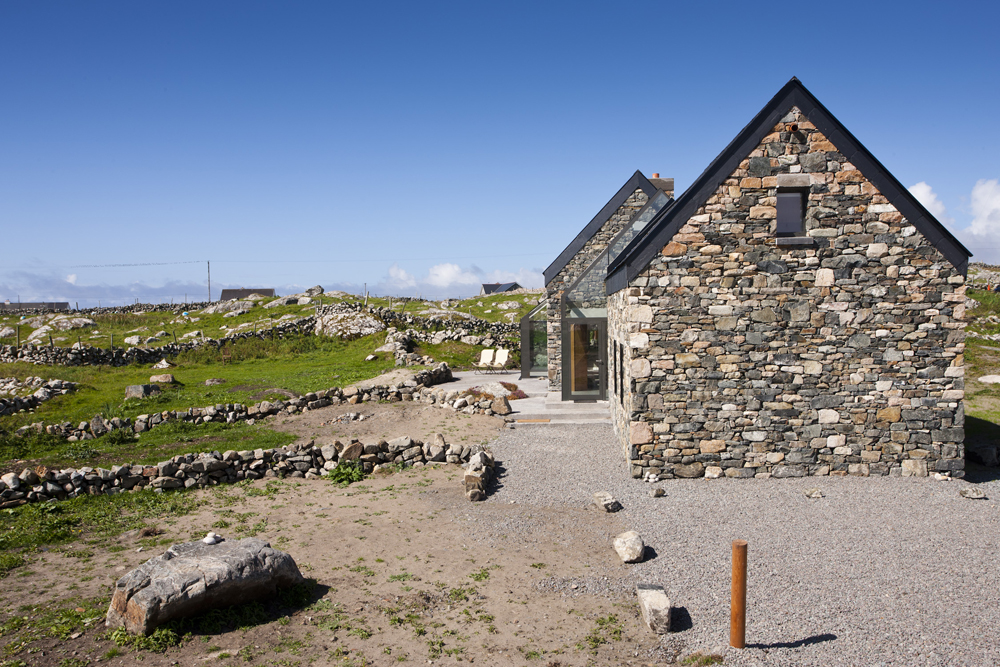 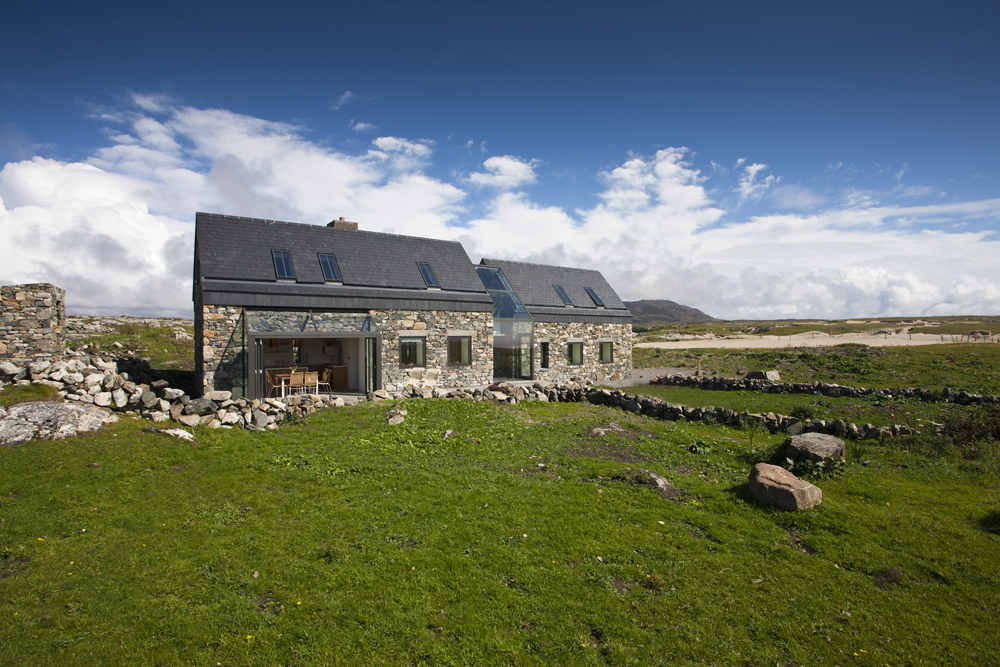 As he considers the future of mobility in Tokyo, architect Junya Ishigami looks to both the built and unbuilt environments...