Sure, the façade at 512 West 22nd Street looks like an Art Moderne jewel upgraded for the 21st century.

But there’s more to it than the facade – much more.

Architects at COOKFOX looked hard at ribbon windows on historic warehouses surrounding this 11-story, 155,000 square-foot building. They wanted sunlight penetrating deep inside, reducing the need for artificial light. And they designed curved windows on corners for views of tree-lined terraces – and the adjacent High Line.

“It’s in the Chelsea Thicket, a unique little moment in the High Line where it tightens up a little bit,” says Arno Adkins, senior architect on the project. “It’s heavily planted with trees like birches that envelop the entire passage.”

Better yet, traffic noise drops off at the Thicket, and the entire city seems to calm down. “It’s a very inspiring moment – so the question became: ‘How do we take advantage of it all?’” he says. “The location became part of the building parti.”

That means the ecosystems as much as the history and the High Line. Adkins and his compatriots at COOKFOX are fans of Eric Sanderson’s 2013 tome “Mannahatta: A Natural History of New York City,” the book that inspired one of Michael Kimmelman’s recent tours in the New York Times.

And here, it shows. “Working in and around the city, we look at the original ecosystem, and do a deep dive into what existed there – from ecology to industrialization up to current times,” he says. “This building kind of fits on to what was the original shoreline of Manhattan and where the storm surge was with Hurricane Sandy – so there were native plantings that evolved throughout time as well as industrial warehouses.”

They used them all, with 21,600 square feet of planted roof and terraces to reduce storm water runoff and energy use for cooling. Then there’s the system for rain water reclamation and another for gray water filtration to collect and clean the water – then irrigate terraces and supply water for toilets.

Recently completed – with a LEED Gold certification – the building’s beginning to attract tenants, even in trying conditions. “A portion of the ground floor is leased,” he says. “And there are some prospects for the others, so it’s getting some traction.”

Surely, those curving corner windows – along with the granite base and shaped terra cotta punctuated by standing seam zinc – are playing a role in that. 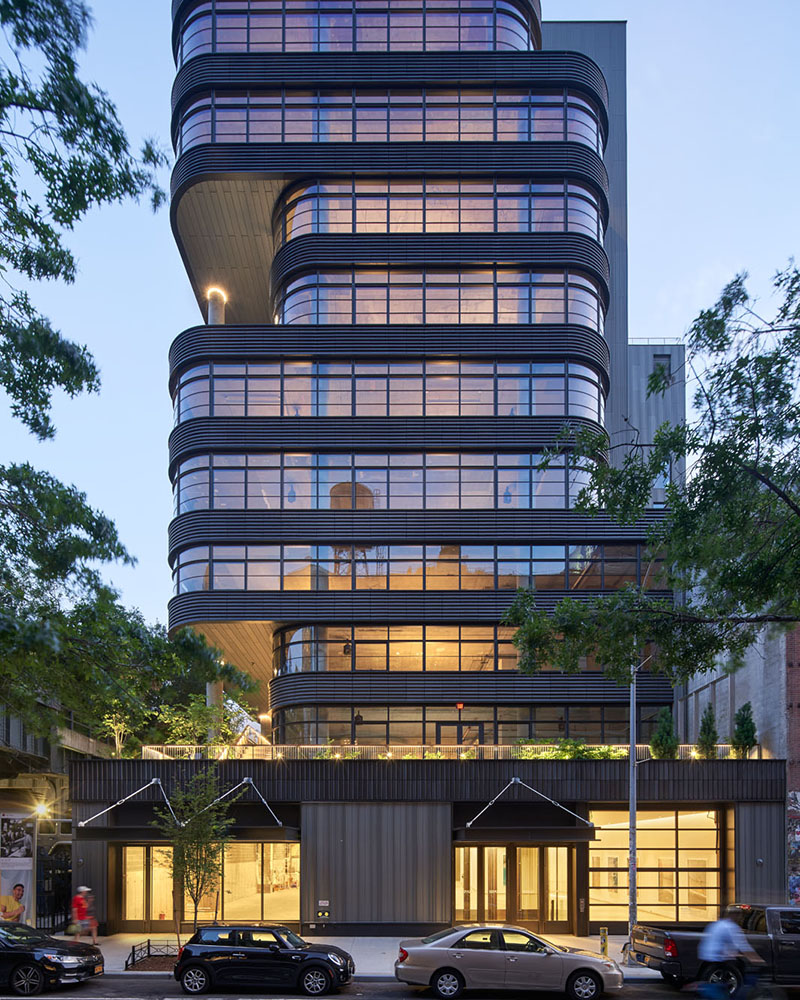 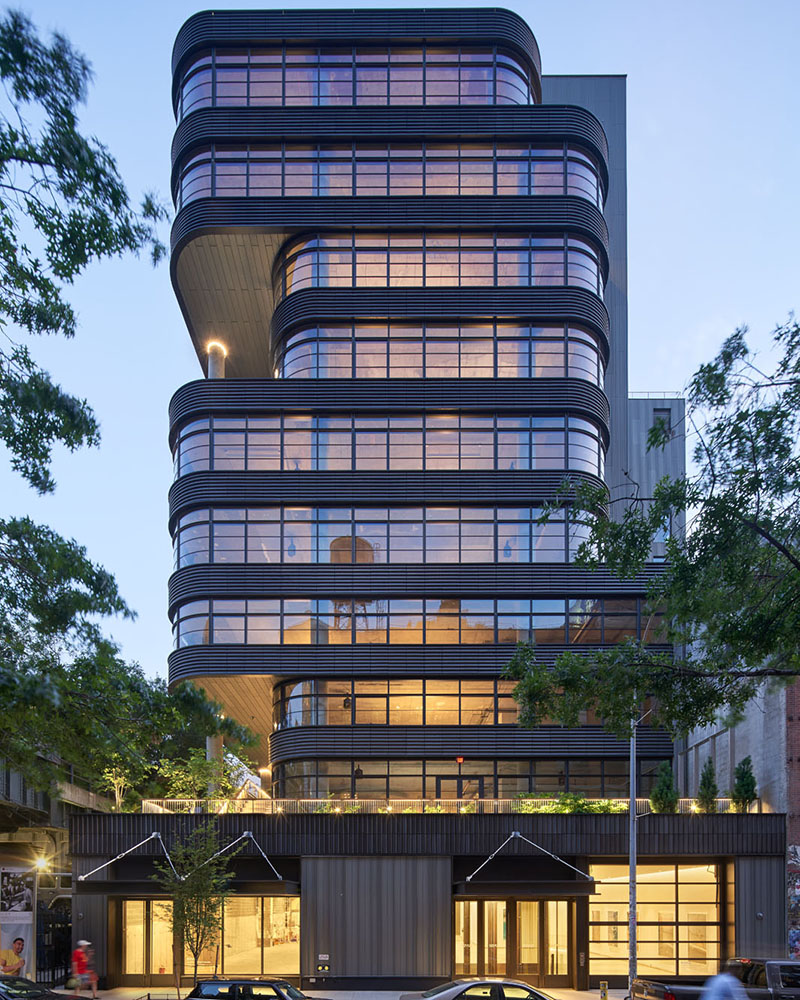 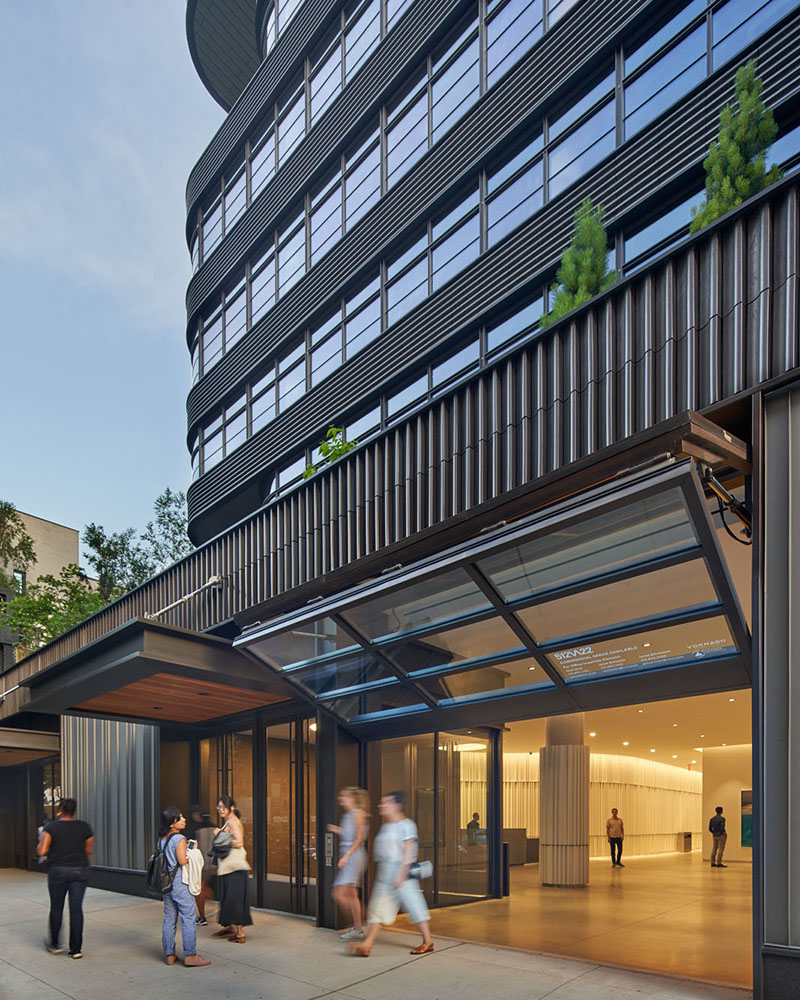 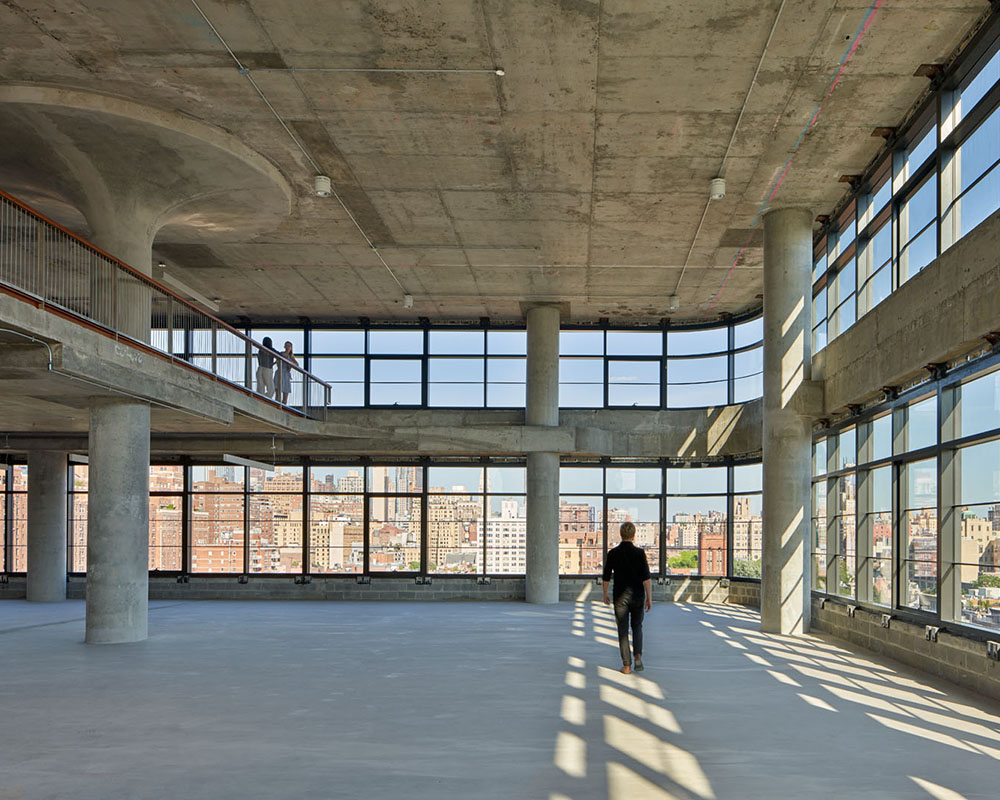 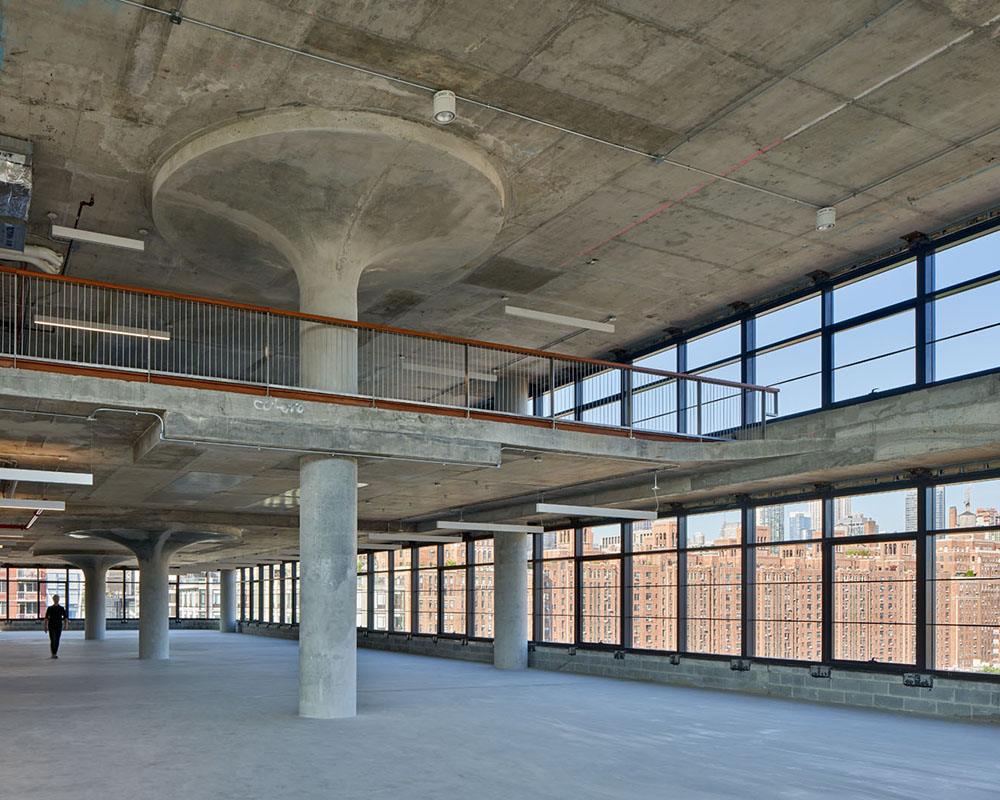 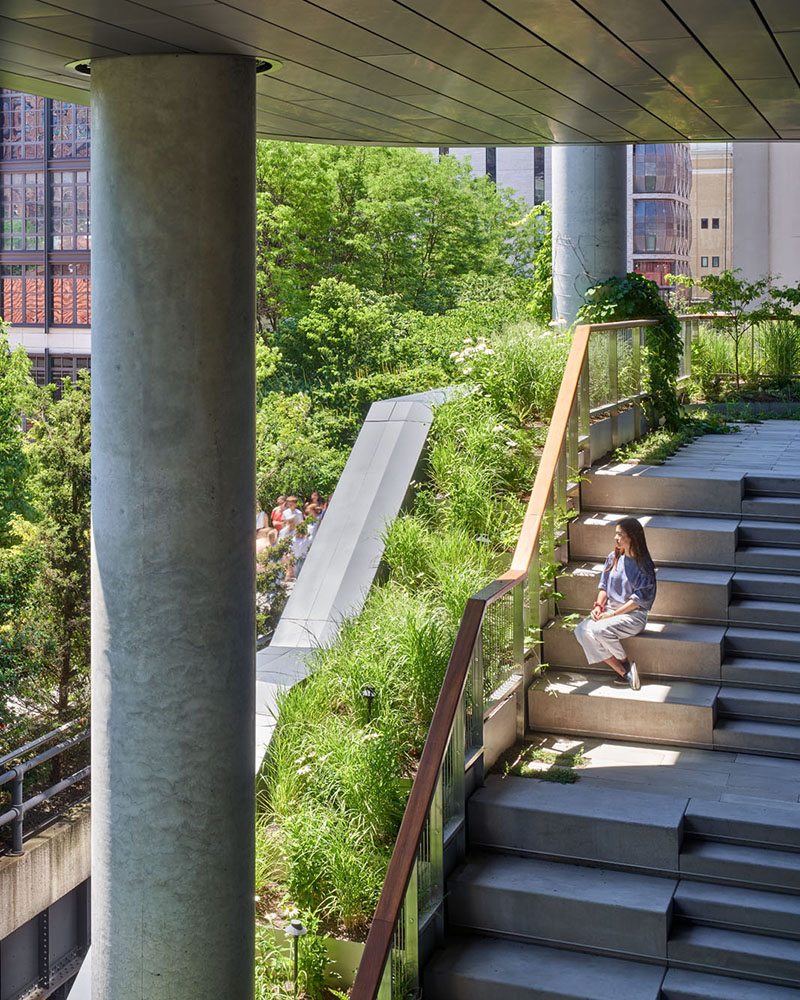 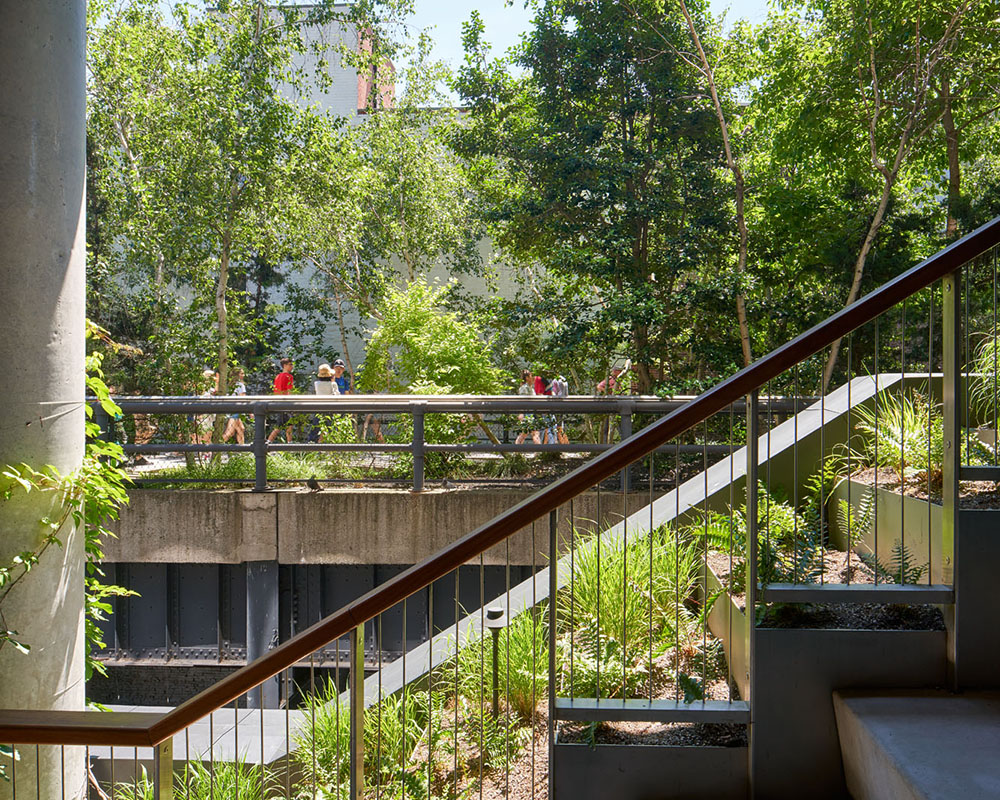 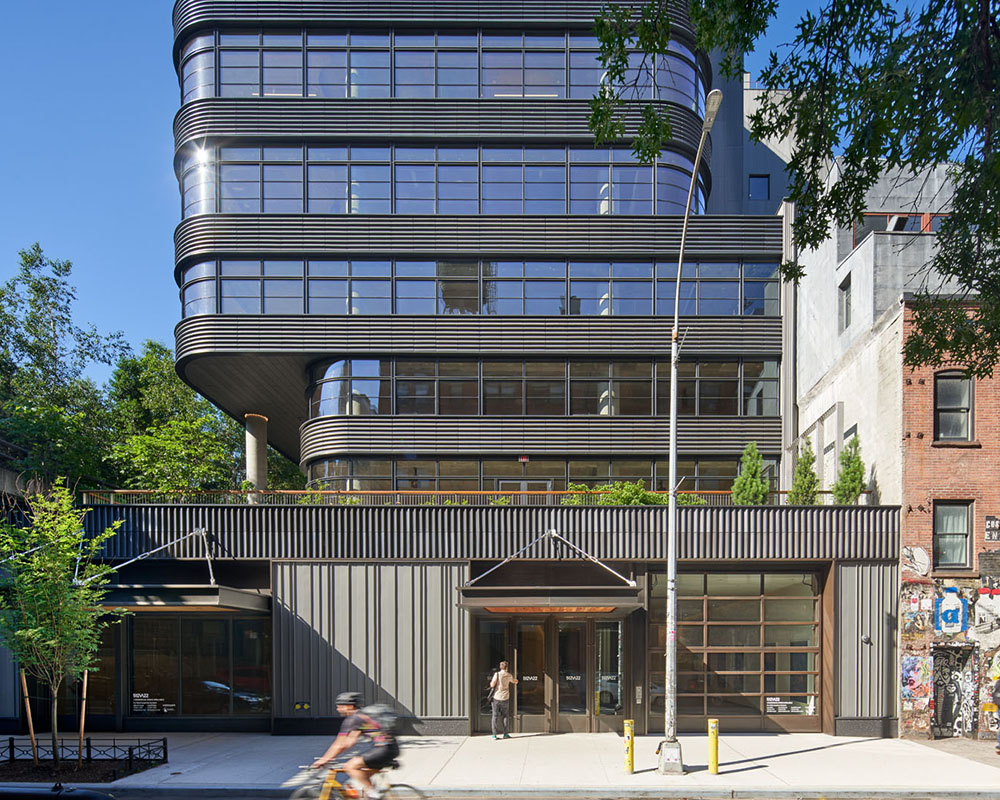 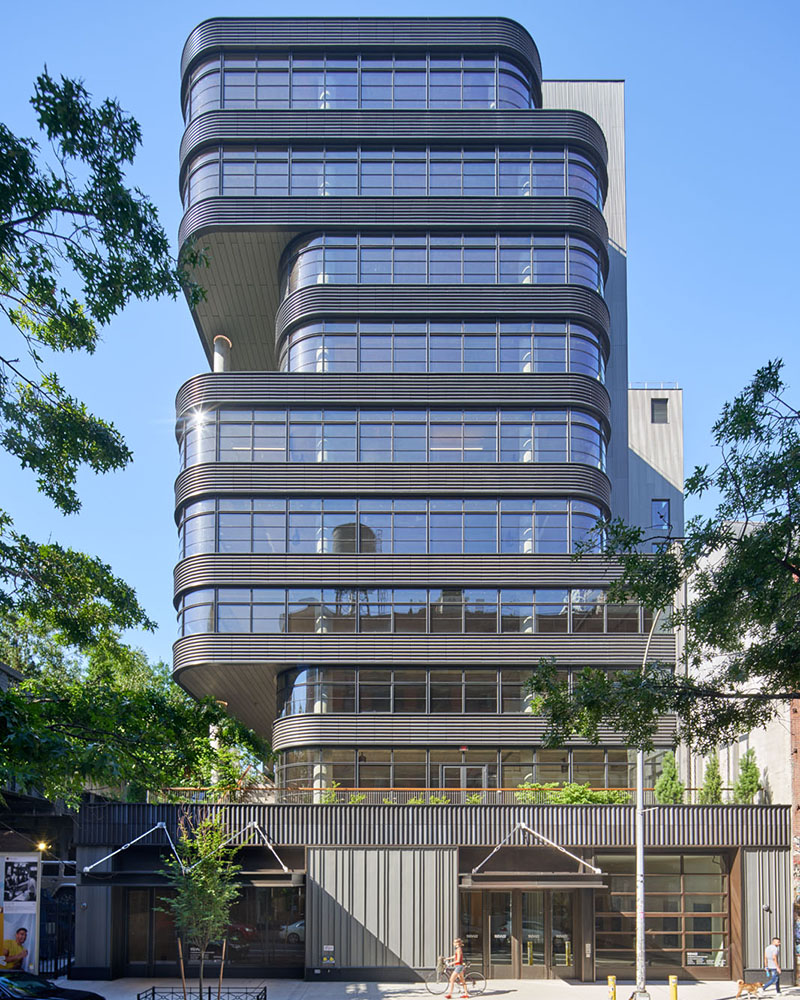 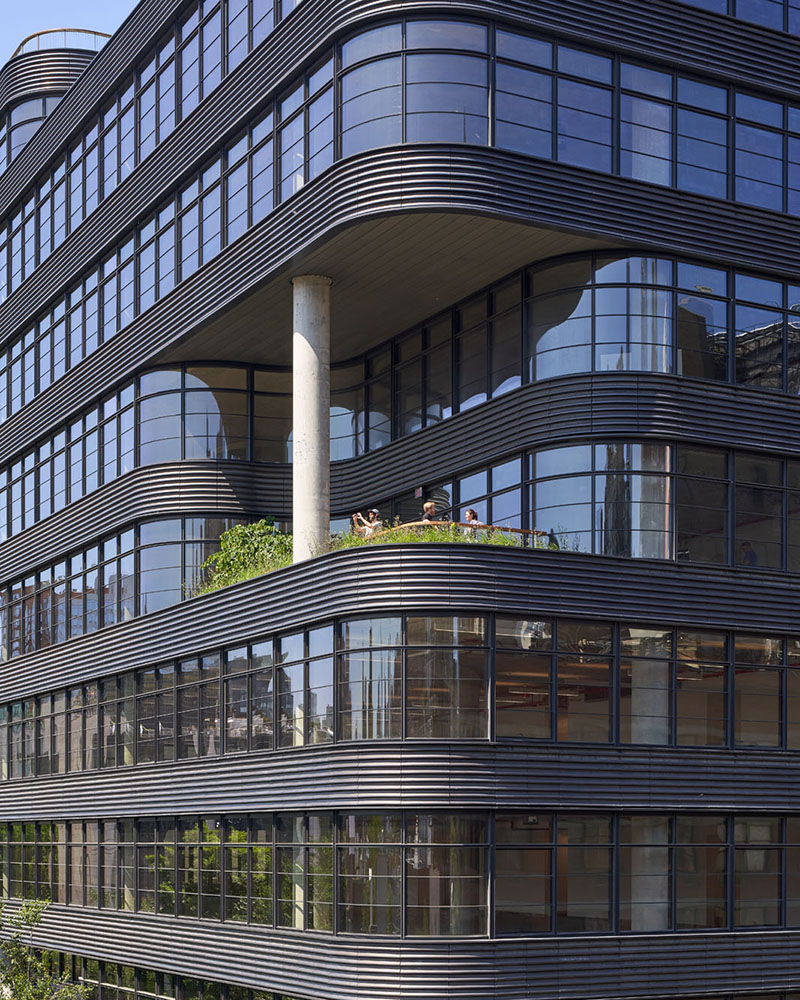 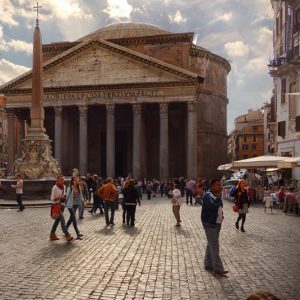 On Wednesday, May 20, A+A co-sponsored a book giveaway for a copy of Randolph Langenbach’s “Rome Was,” published by ORO Editions....