On the Eastern Shore, Classical Mosaics

She discovered mosaics during graduate school on a visit to the Metropolitan Museum of Art. She’d grown disenchanted, intellectually and emotionally, with her painting at the University of Pennsylvania. She wanted it to be more physical, more gestural and more about the paint.

“Then I went to the Met,” Sara Baldwin said. “I looked down and saw a Roman mosaic. And I wondered why nobody made them anymore.”

That was in the early ‘90s. She went home to the Eastern Shore of Virginia, and hasn’t looked back.

There was the identity crisis a few years back, where she had to decide whether she wanted to be creating art, or establishing an organization to do more.

“I was creating a 75-foot wave border to go around a pool, when I realized that I wanted to create a company that was bigger than me,” she said.

Now she employs 90 people in a manufacturing center not far from where she grew up. Her company, Sara Baldwin Design, works with architects and designers to develop functional mosaics that can be walked on, or for showers, baths and kitchen counters.

“I happen to love what I do, and exploring new areas and products,” she said. “Now I’m more of a product developer than a painter. It causes you to see things differently and in a new light. I’m happiest when I’m collaborating with our design team.”

She imports her raw materials – limestone, quartzite, marble and granite – from around the world, including India, China, Pakistan, Egypt, Portugal, Spain, Italy, and Greece. The stone arrives in 12-inch square tiles, and goes out, cut into tiny shapes, in 500 different patterns for borders, medallions, murals and custom projects.

Sara Baldwin Design maintains a library of hundreds of patterns for borders and other applications. The newest collection, “Silk Road,” is inspired by different historical motifs from cultures in the Middle East. “People are really into that kind of exotic pattern right now,” she said.

The firm’s designs have been applied worldwide. “Maybe that’s more important than being an artist,” she said. “I can have a much bigger impact on the world than through painting.”

For more on Sara Baldwin Design, go to http://www.sarabaldwin.com/ 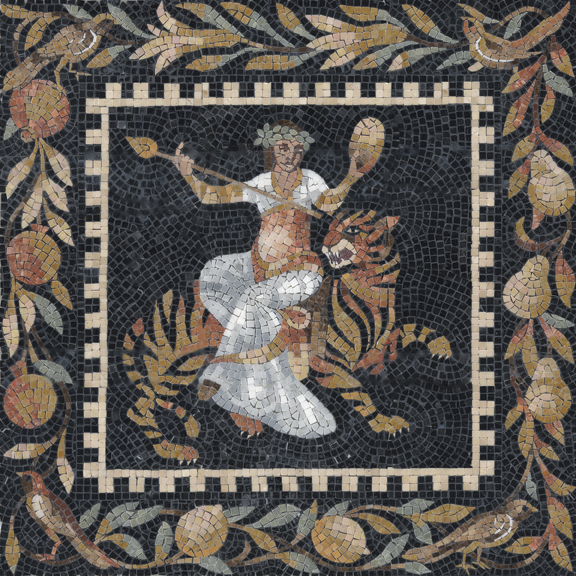 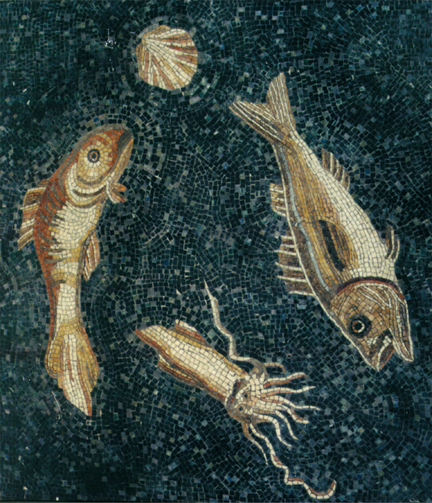 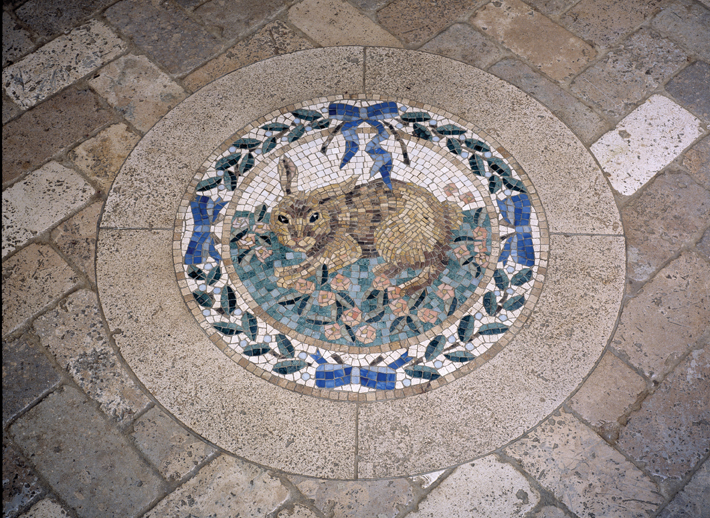 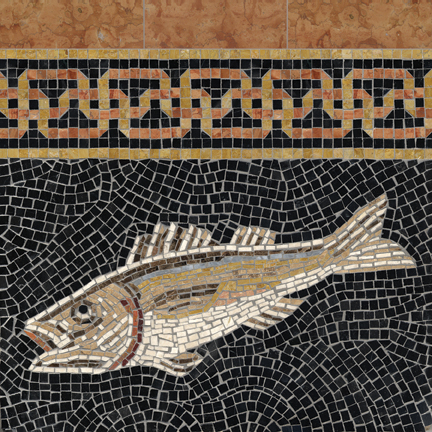 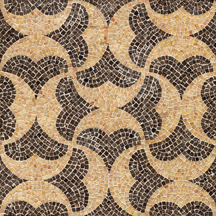 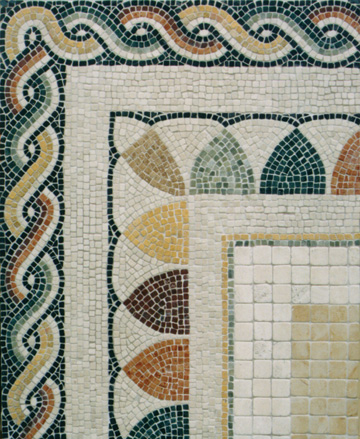 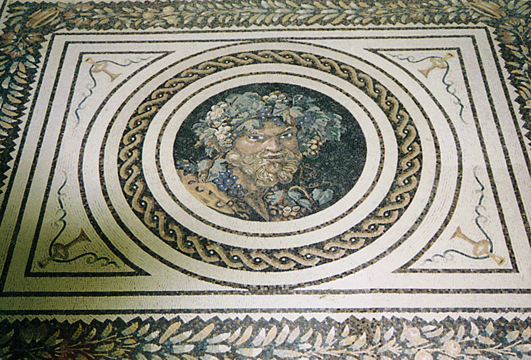 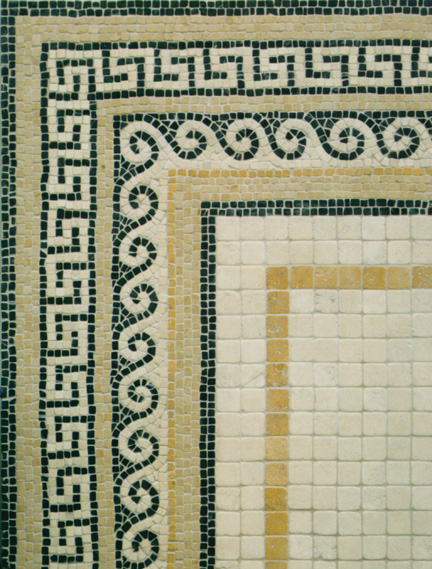 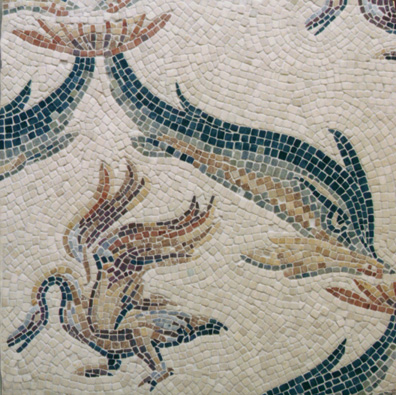 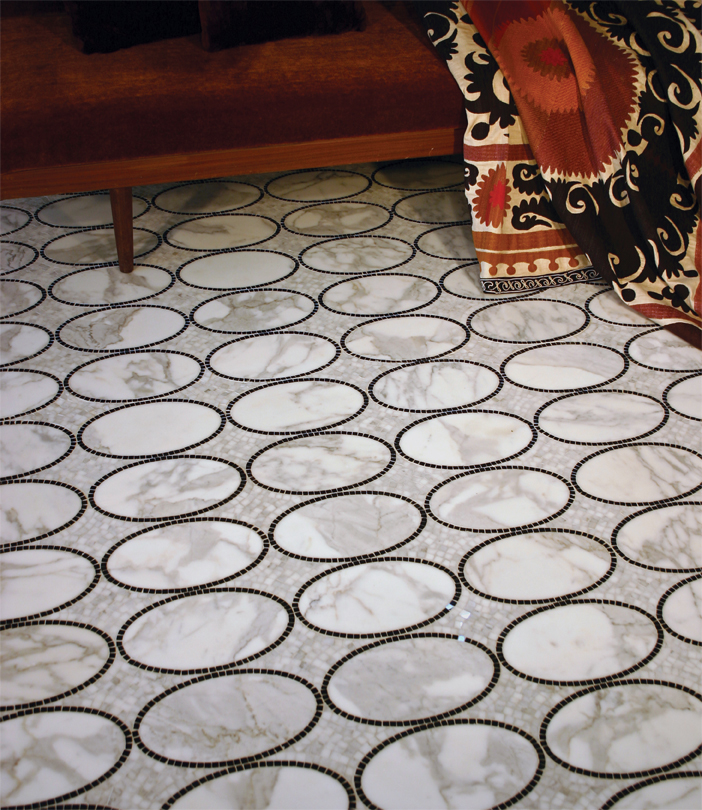 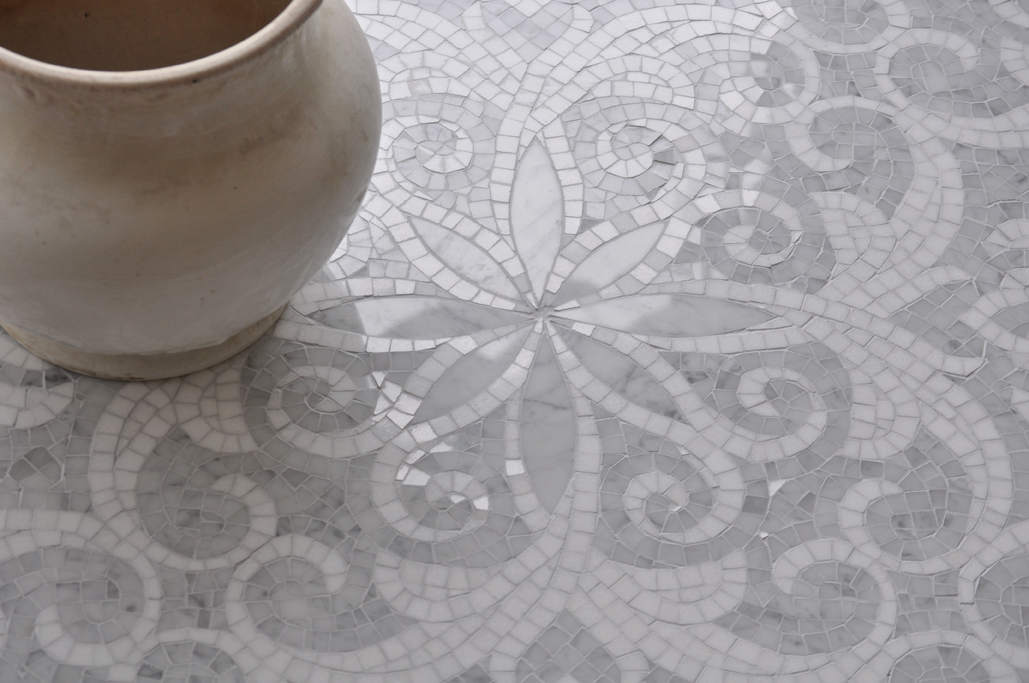 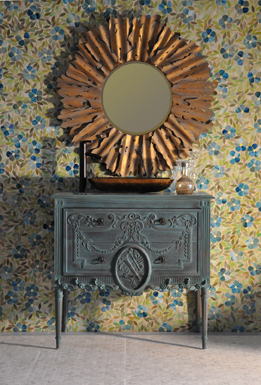 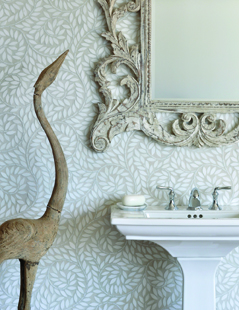 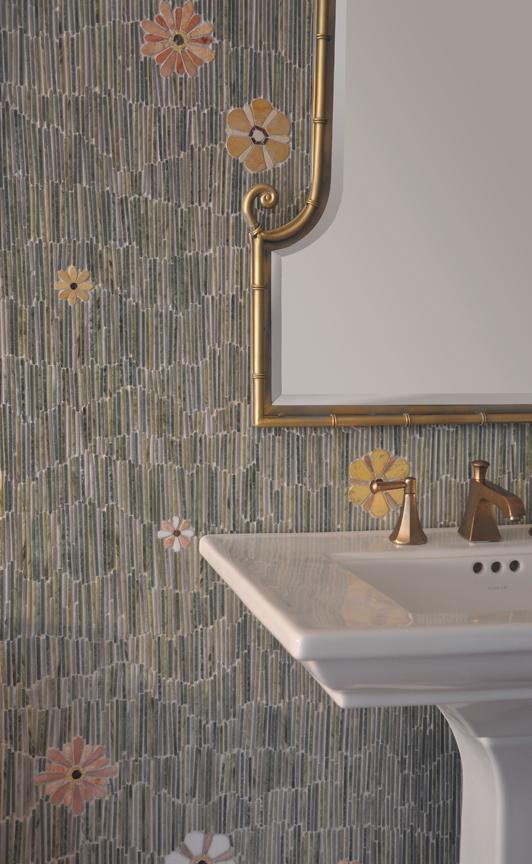 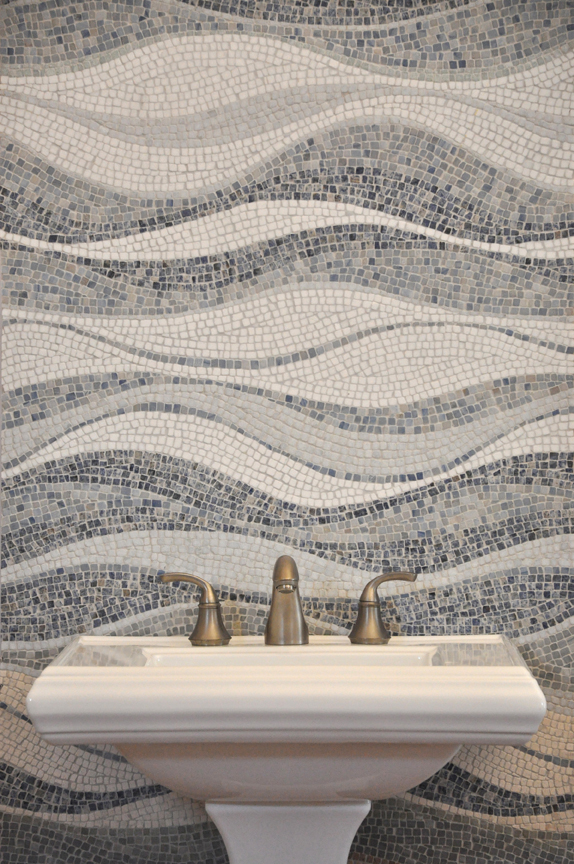 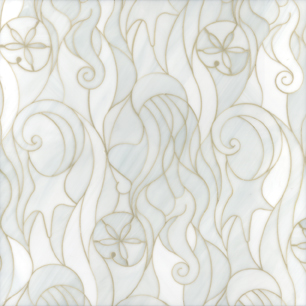 Sara and her team at New Ravenna Mosaics are some of the most creative people on the Eastern Shore. You’ve done a nice job of presenting what they do to a new audience.

Relationships are everything! Sara as an artist celebrates culture and beauty within a unique community of artisans & I am proud to be a friend and supporter of her creations!

Dear Mike, you are too kind. On behalf of all of us at New Ravenna, thank you! It is a pleasure getting to know you and your blog.

Thanks for sharing a little of Sarah’s design journey with us. It’s truly impressive that she is dedicated to building an organization that’s equally devoted to her employees, the architectural and design community and to keeping history alive.

We’ve had the good fortune to install Ms. Baldwin’s Metamorphosis line/Bamboo in a client’s shower. Just beautiful and timeless. The project was originally specified with Sarah’s gorgeous border (a must see) but client didn’t move forward with it.

We’re looking forward to working with New Ravenna in 2011. Thanks for the continued inspiration!

In a prescient move just prior to Pantone Color Institute’s naming an intense honeysuckle pink its color for 2011, the Hamburg...