On Martha’s Vineyard, the Meadow Beach House by Andrew Franz

Schooled in classicism and modernism at Carnegie Mellon University and the University of Wisconsin, Andrew Franz is an architect who understands the tenets of both.

“I believe an understanding of classic building techniques, detailing, and materials and their origin are necessary for creating  good design and architecture,” he says. “It doesn’t make one a traditionalist – it makes you understand structure and function.”

All that’s self-evident in a 4,500-square-foot cottage he’s designed for a family of four on Martha’s Vineyard. He started with a traditional design, but the client asked him to tear it up and start over. That led to a more modern approach, though carefully scaled and proportioned.

“To be modern it had to be simple so we reduced the gable roofs that were too dominant and made the house grow,” he says. “We made gestures to reduce the house on its small lot.”

If his clients could have found a Victorian cottage, they would have bought it, he says. But those are rare commodities on Martha’s Vineyard. So they started from scratch, seeking a house that blends into its neighborhood and respected the context of the community.

“We wanted to evoke the relaxed, calm spirit of the place,” he says. “We didn’t want it to feel too modern or distract from the place.”

Thus the shingle-clad exterior. For the interior, he eschewed sheetrock in favor of native white pine, lightly oiled. There are oak floors, pine ceilings in the bedrooms, weathered oak beams, and a stone fireplace. “We were trying to achieve something that was contemporary and modern but that blended in with the shingles and windows,” he says.

Those windows emphasize the horizontal nature of the landlocked site. “The views are so horizontal, so we wanted the house to feel that way too,” he says. “The windows are horizontal for wide views rather than vertical and aspirational.”

Inside, the home emphasizes intimacy. But looking out, its views expand to meadow and water in the distance. 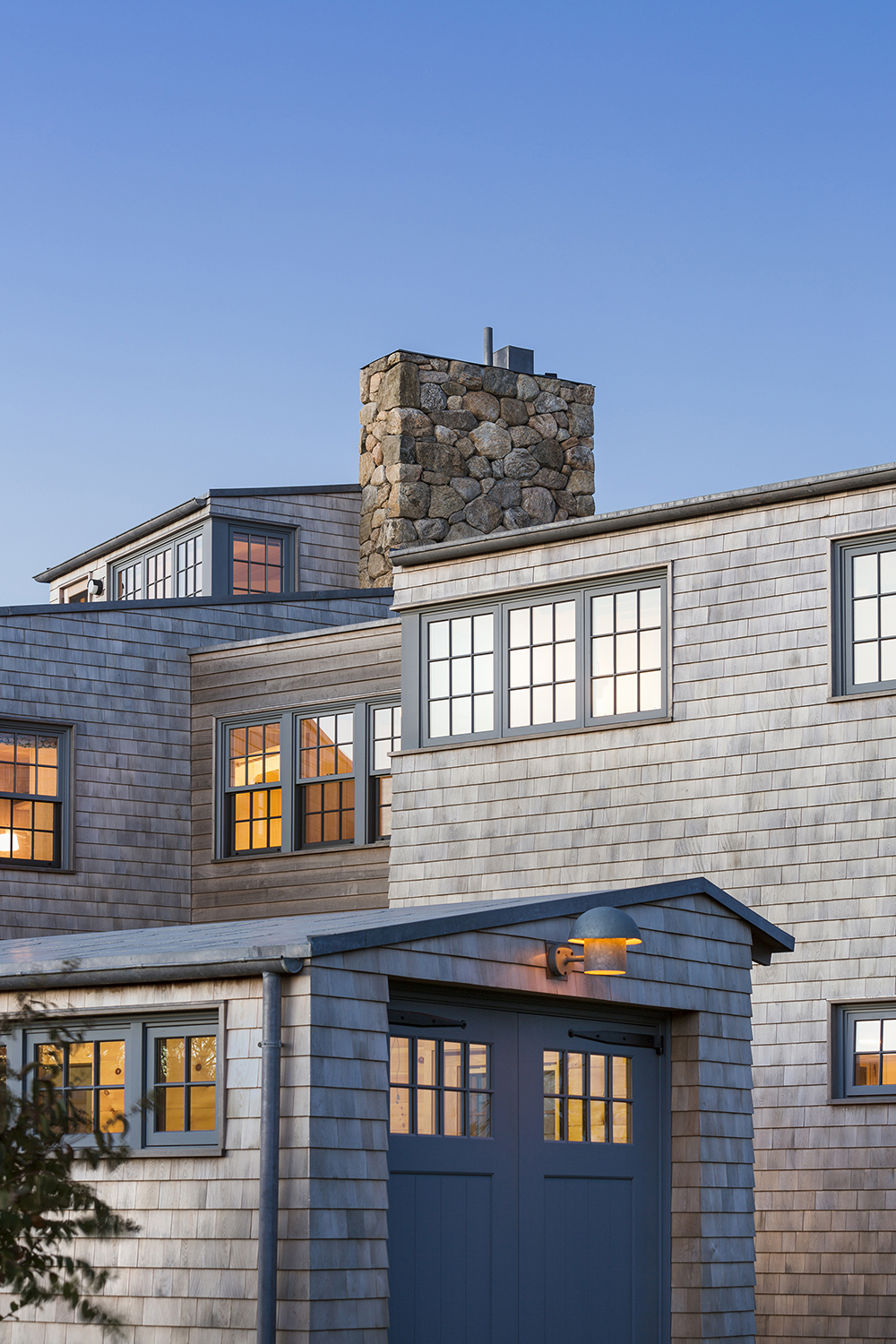 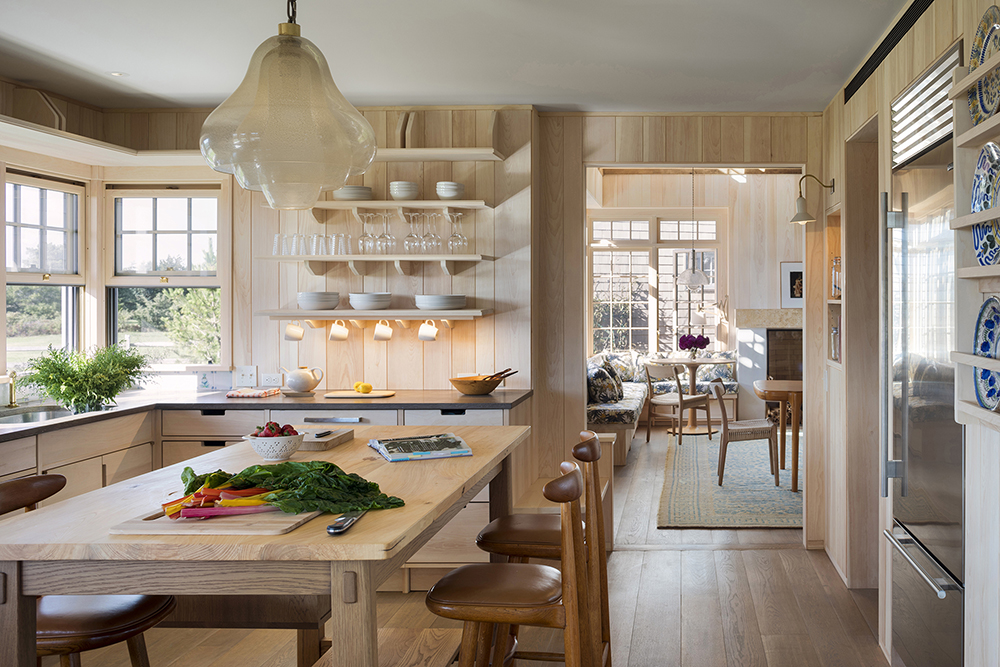 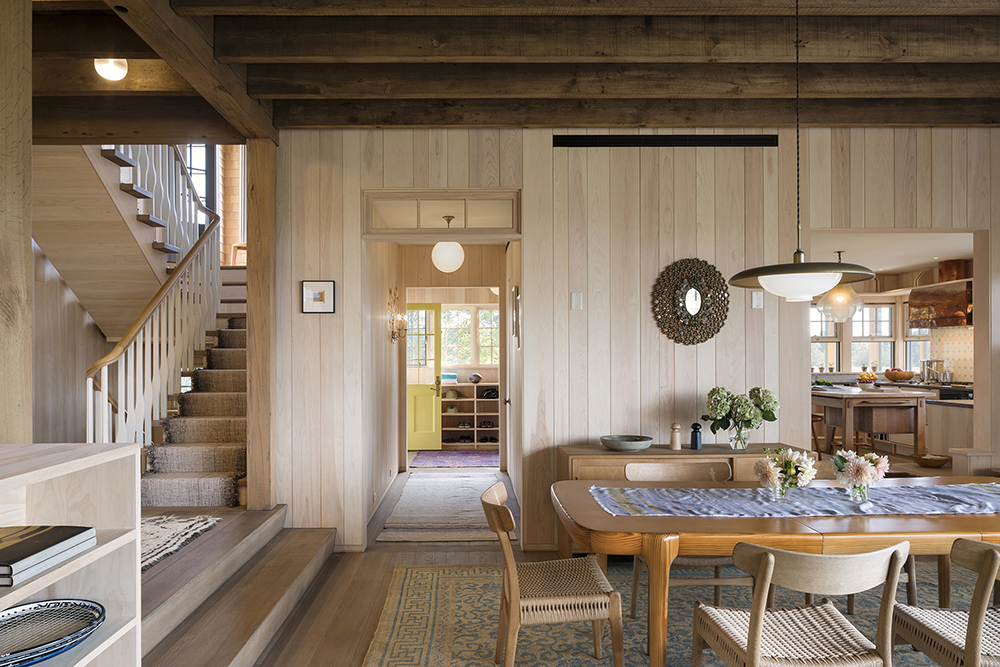 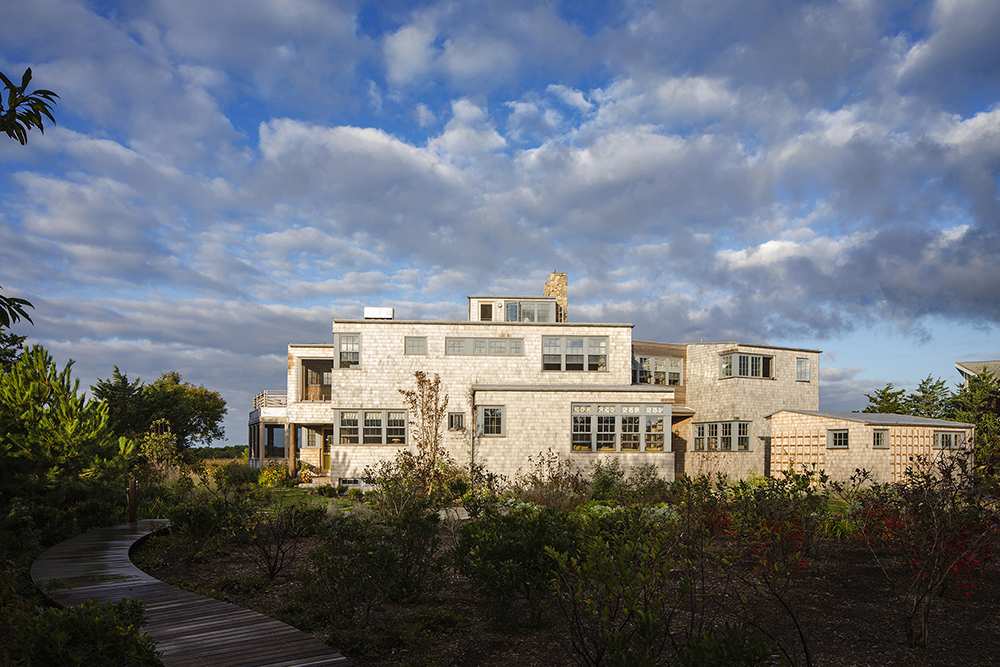 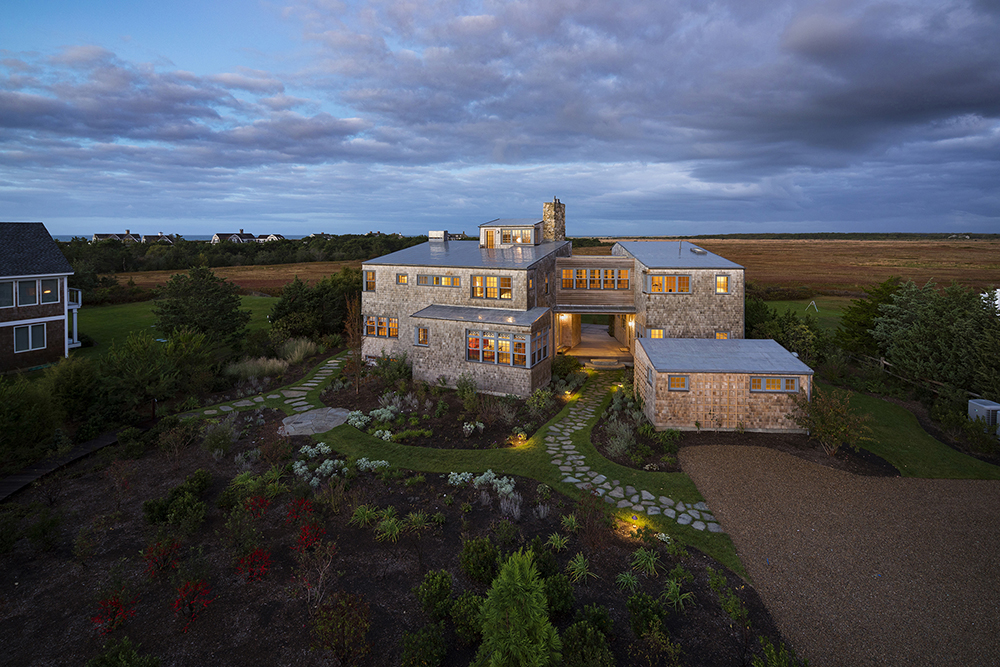 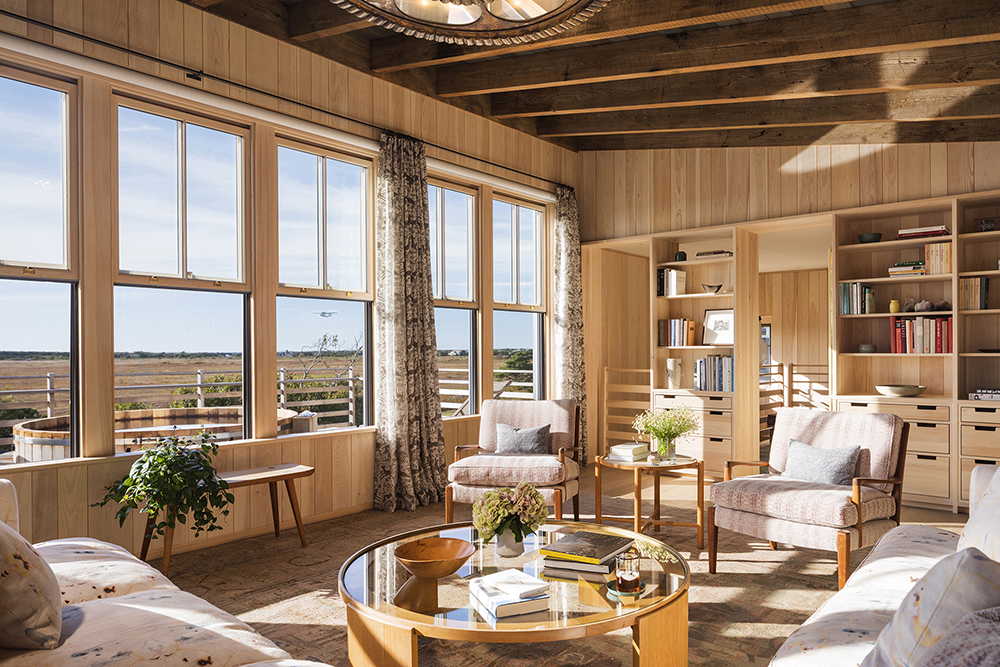 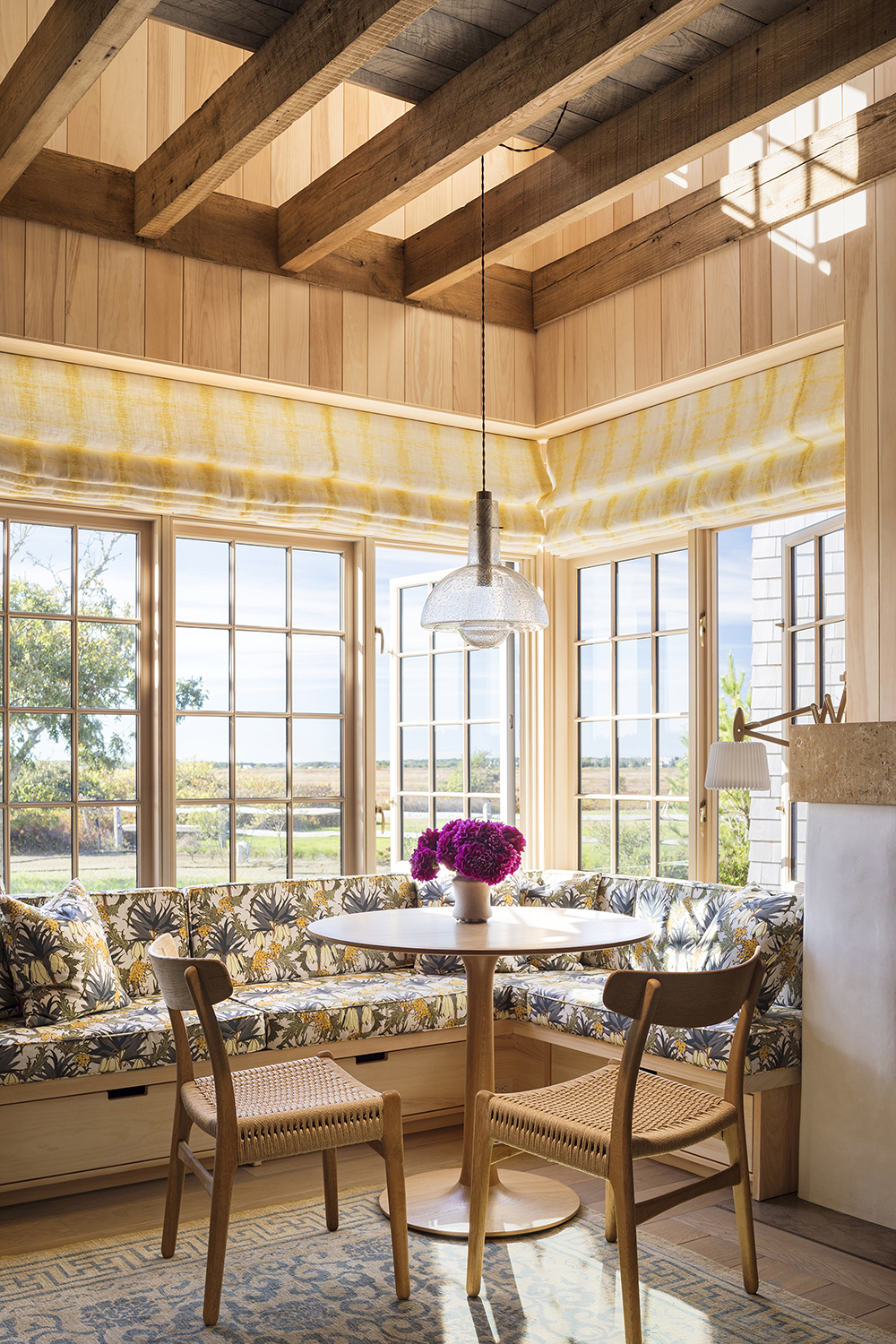 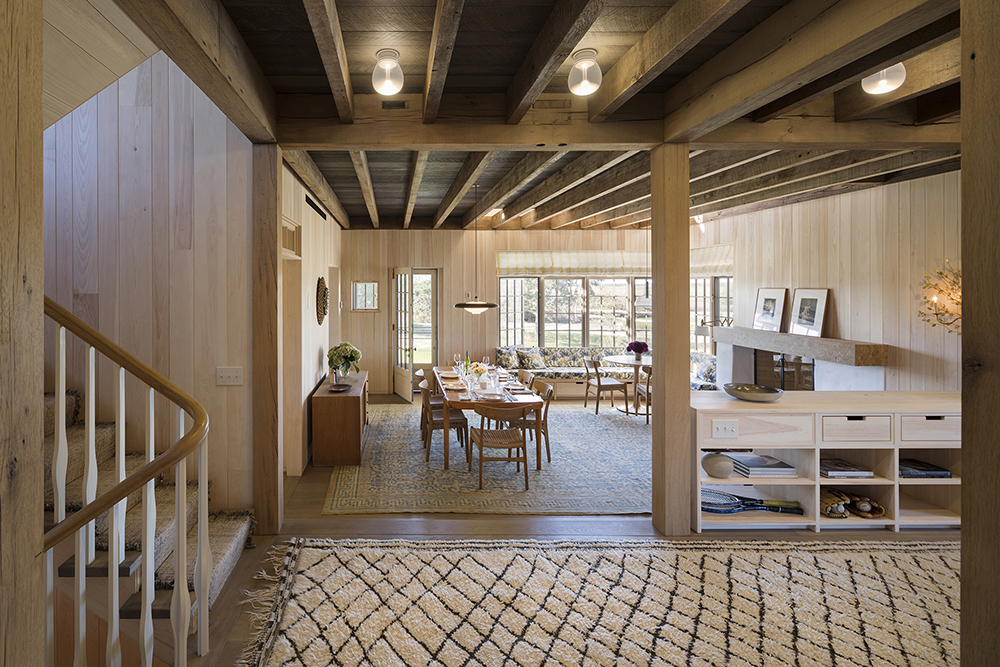 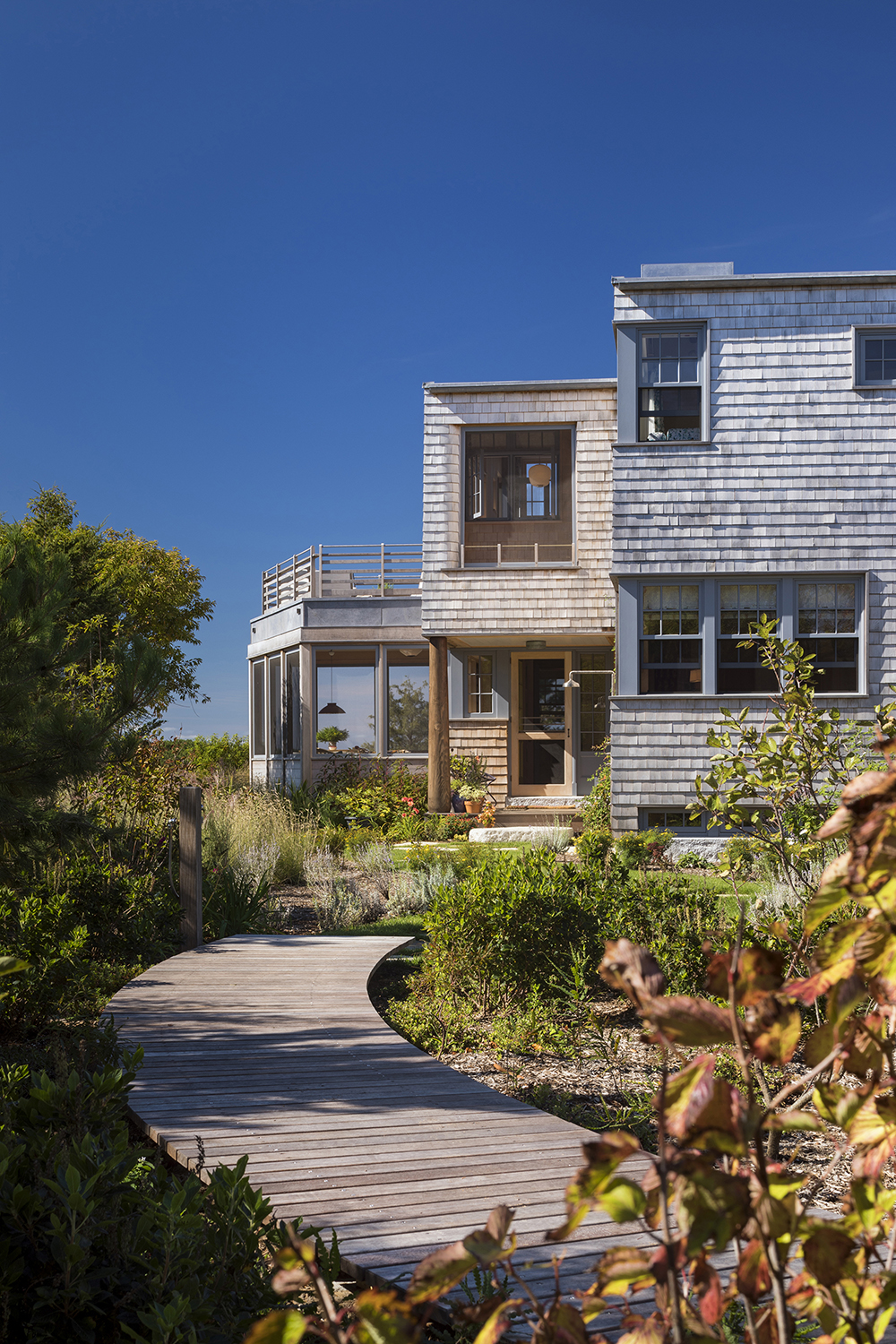 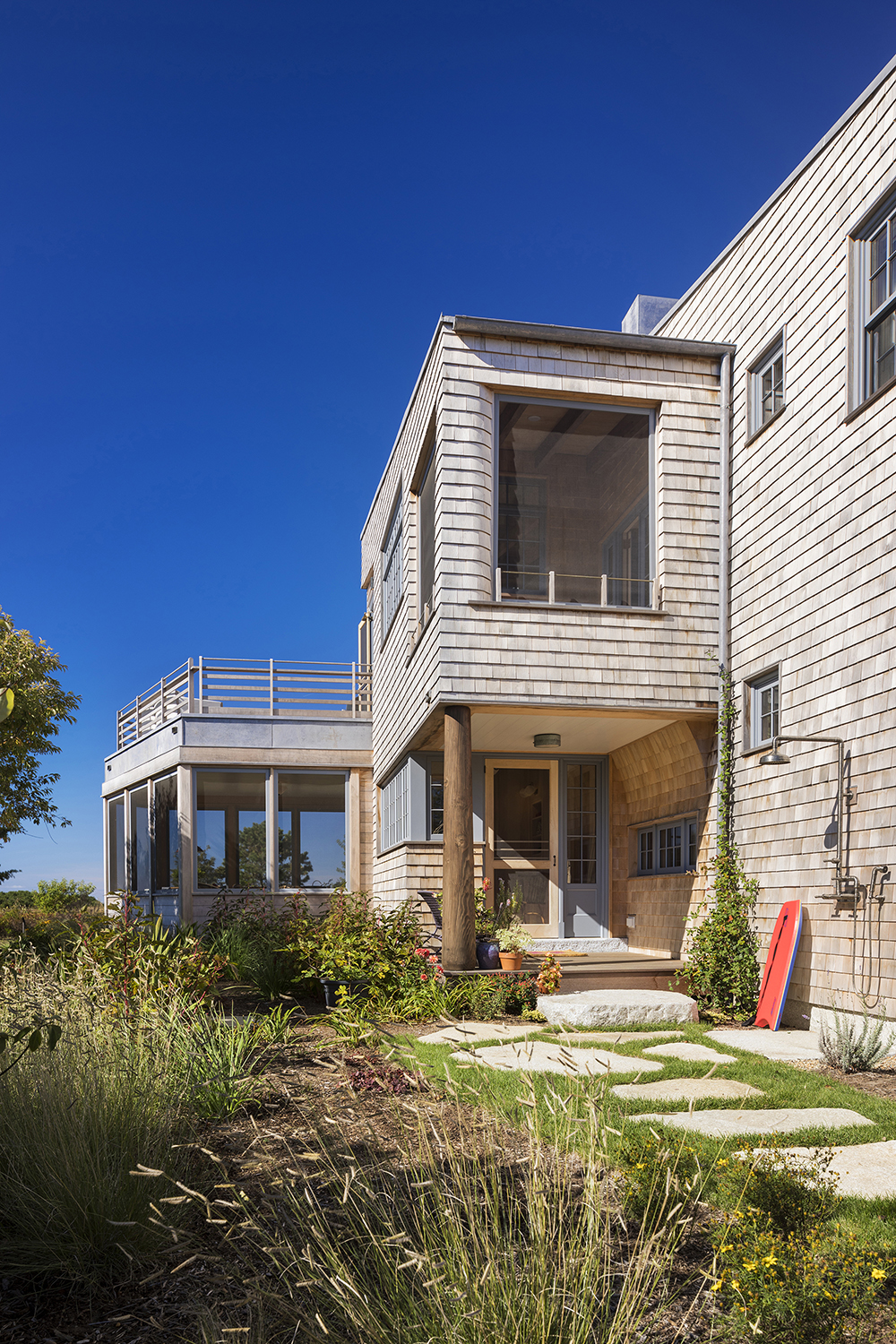 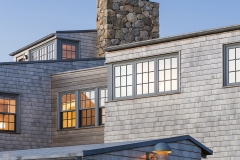 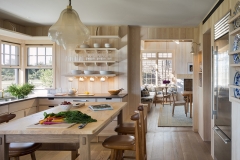 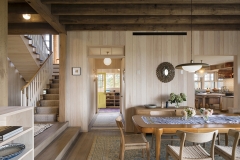 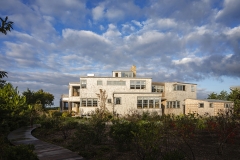 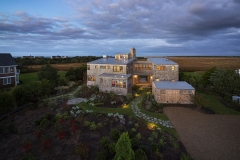 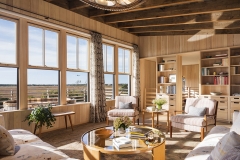 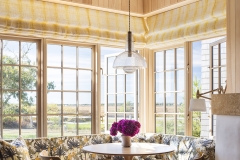 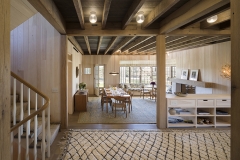 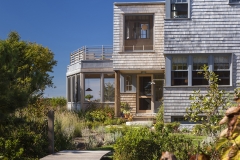 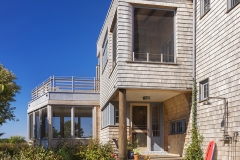 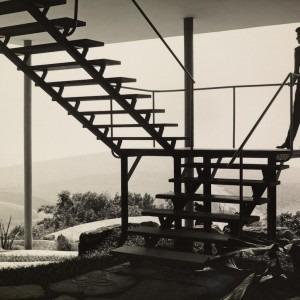 Daniel Cornell, curator at the Palm Springs Art Museum, is the hands-down winner of the 2017 A+A Award for Curiosity, Research,...