Olson Kundig Architects and the Seattle Art Museum (SAM) have settled into the same groove.

The museum recently opened an exhibit by Theaster Gates, a groundbreaking artist who rescued 5,000 LPs and 3,000 45s from a record store known as Dr. Wax on Chicago’s South Side.

Among them are sides containing blues, jazz, rhythm & blues, spoken word and hip hop.  In the comedy section are LPs by Moms Mabley, Redd Foxx, Eddie Murphy and Richard Pryor.  Even Sesame Street and Archie Bunker are represented.

Gates curated a show at SAM that uses 1,500 of the LPs as a backdrop for a disc-jockey-booth-turned-pulpit, flanked by decommissioned, no-longer-useful fire hoses to serve as reminders of Bull Connor’s 1963 anti-civil rights actions in Birmingham.

“It’s meant to open up a dialog and serve as a point of entry to difficult subject matter,” says Sandra Jackson-Dumont of SAM.  “DJs come in every Thursday and Sunday to play the records and canonize them.”

As if that weren’t enough, she approached Olson Kundig about the firm’s leased storefront space five floors below their office on Occidental Avenue South in the Pioneer Square neighborhood of Seattle.

“We’d been using the space as an experimental workshop for Olson Kundig, and setting up for community projects,” says Alan Maskin of Olson Kundig.  “Sandra came in and suggested we create a record store and basically borrow record collections from three different people.”

The Record Store held its grand opening last night.  Three afternoons a week, anyone can come in, select an LP from the floor, and play it.  Then store shuts down for an hour before key individuals from the community are invited in to curate their own experience for the evening.

“It’s a portal back to the museum,” Jackson-Dumont said.  “We’re defining what a museum can be.  It’s as much about the buildings and the people as it is about SAM.”

After last night’s opening of the Record Store, she slipped out to the Electric Teagarden for some dancing.

“All the DJs were telling me about this Record Store,” she says.

For more on SAM, Olson Kundig and theRecord Store, go to http://samblog.seattleartmuseum.org/?p=3773 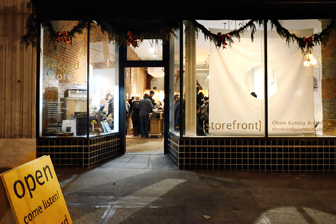 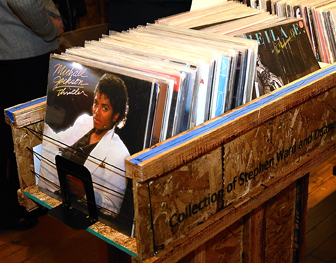 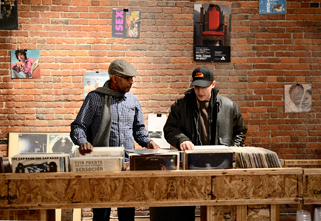 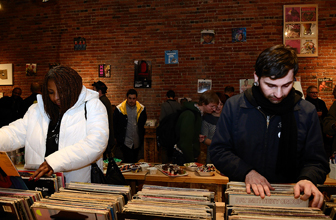 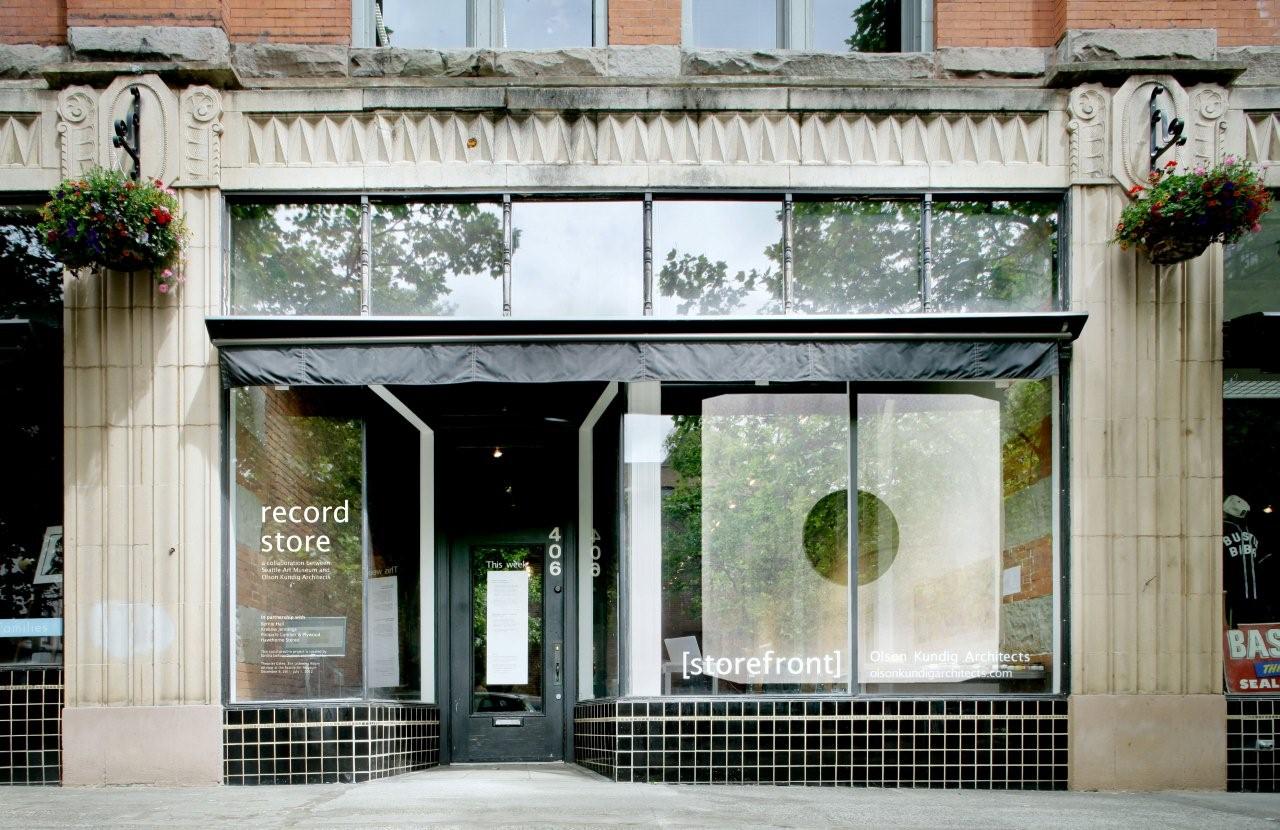 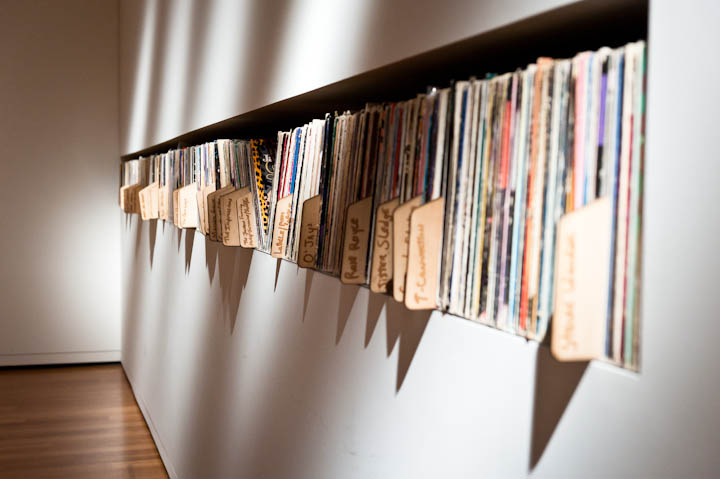 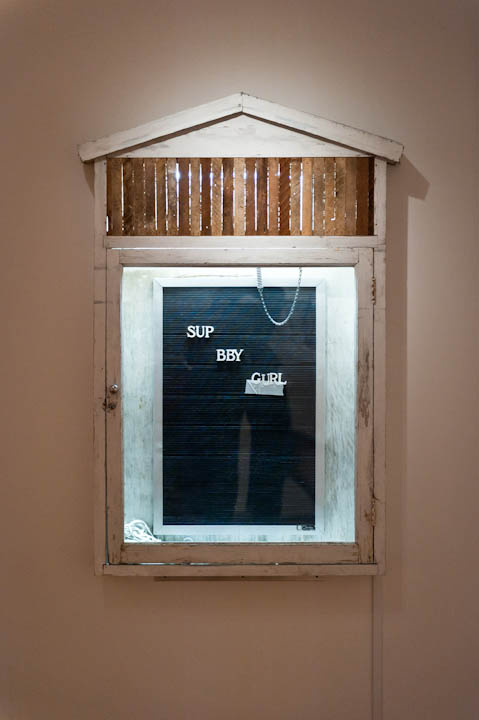 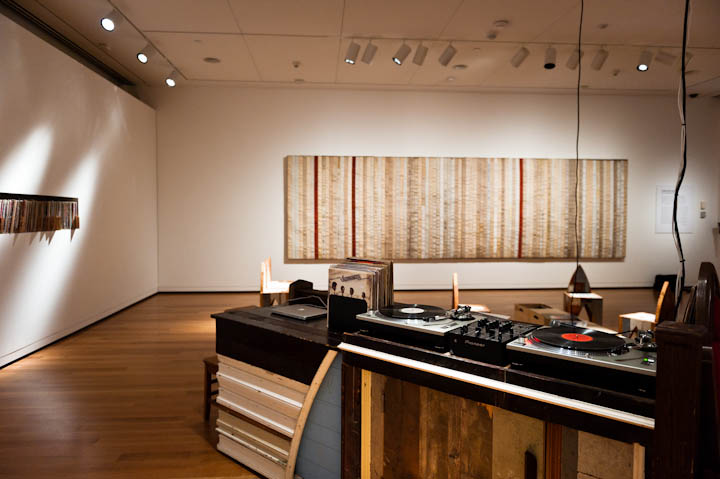 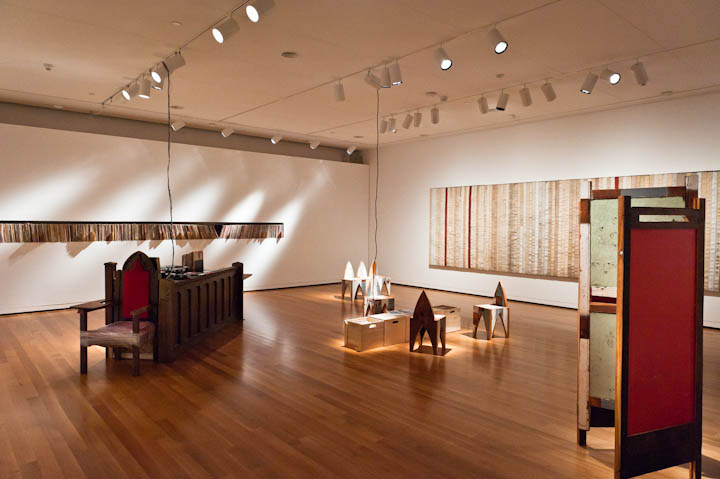 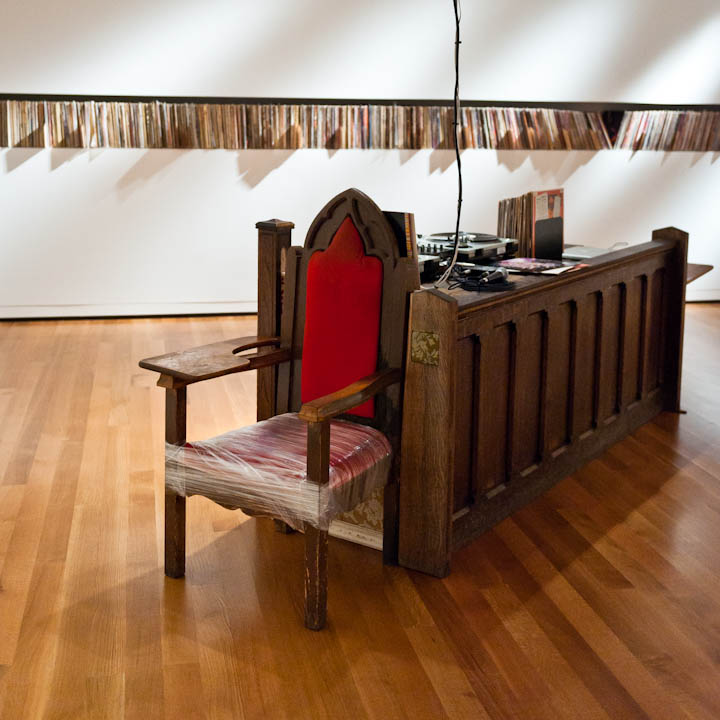 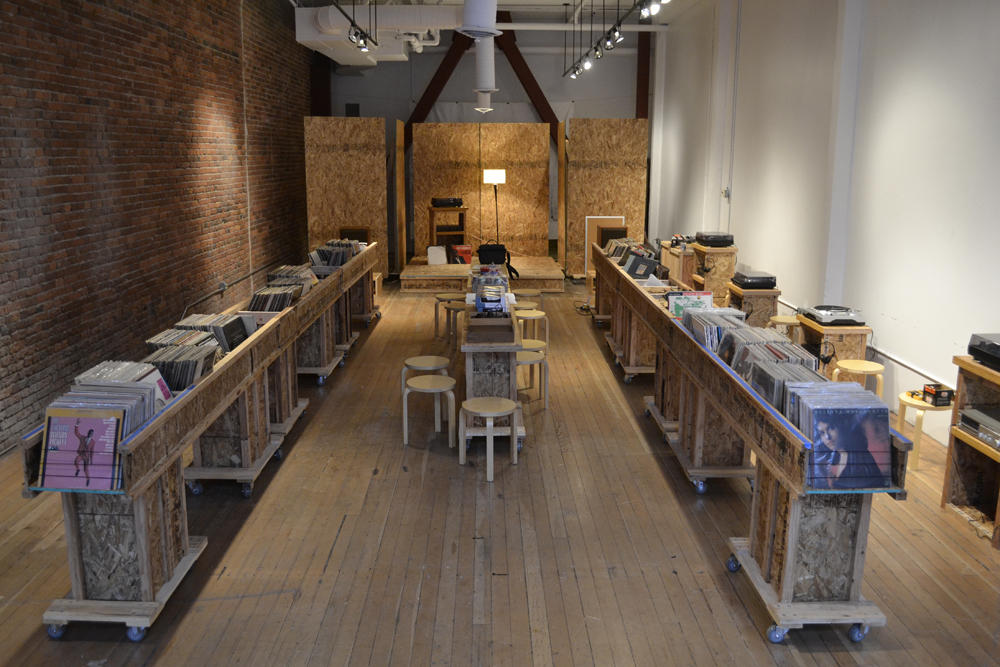 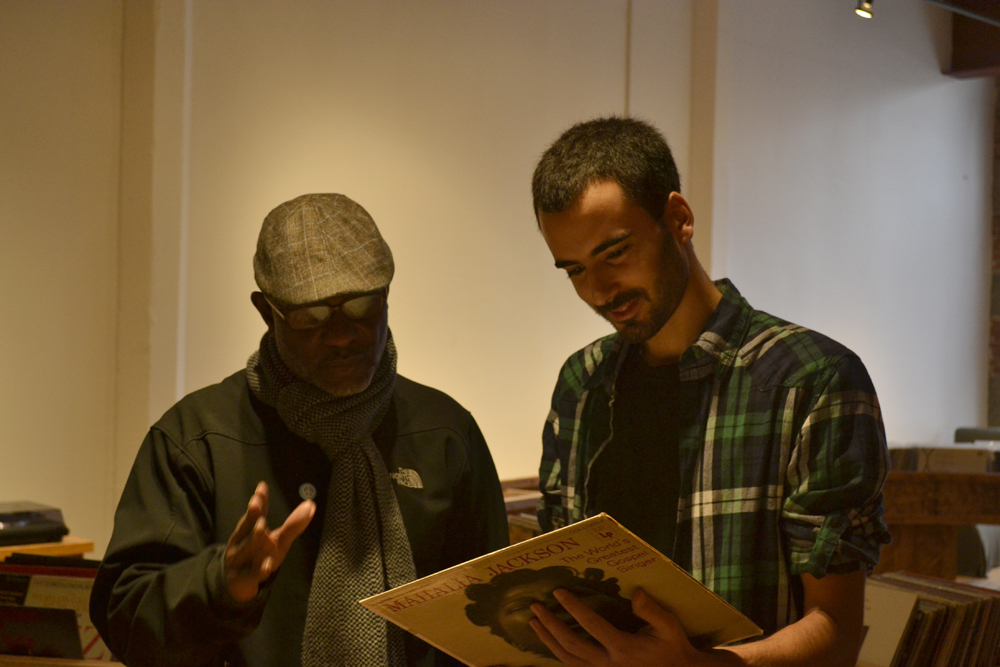 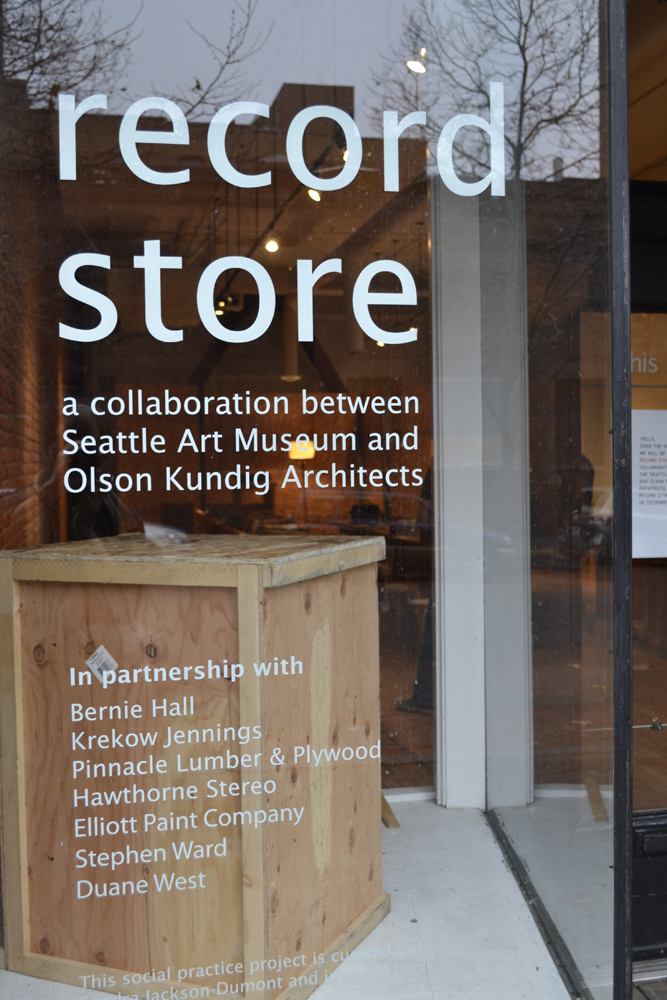 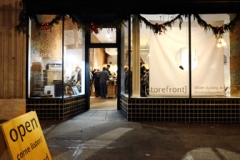 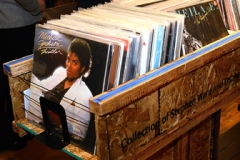 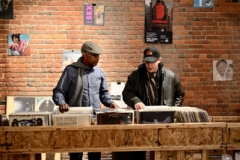 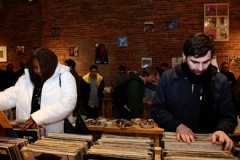 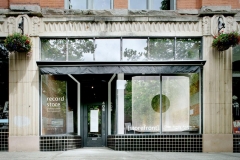 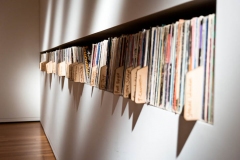 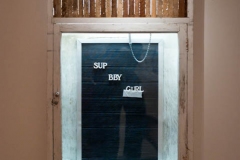 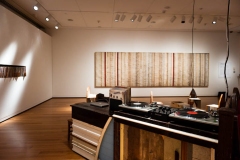 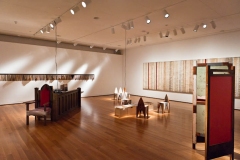 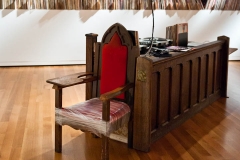 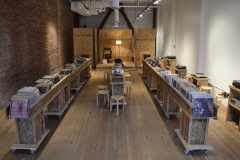 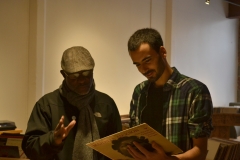 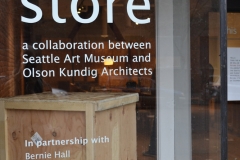 Great to see an architect that is willing to connect with community in a non-traditional style. Congrats to the Olson Kundig Architect firm for taking a bold approach to artistic expression.

The opening line in a new film by Jason Cohn and Bill Jersey on Charles and Ray Eames pays the ultimate compliment to a designer. “We...