David A. Rubin, OLIN partner and recent Rome Prize recipient, has designed Lenfest Plaza for the Pennsylvania Academy of the Fine Arts. The plaza was created by closing a 220’ length of Cherry Street, from Broad to Carlisle, close to the Philadelphia City Hall. In doing so, a true campus was made for the Academy, linking the newly refurbished Hamilton Building with the historic Furness-Hewitt Building.

A+A recently interviewed Rubin by email, for a pair of posts, today and Monday:

Lenfest Plaza was designed to unify the facilities of the Pennsylvania Academy of the Fine Arts for the first time in that institution’s history, creating a campus that links the newly refurbished Hamilton Building with the historic Furness-Hewitt Building.  The plaza was created by closing 220’ of Cherry Street, from Broad to Carlisle and was designed to not only serve the Academy, it was created as a threshold for Philadelphia’s nascent Museum Mile, an emblematic symbol of the City’s standing as an Arts destination, and a foil for the expanded Pennsylvania Convention Center which will be host to hundreds of thousands of visitors a year from all over the world.

Early conceptual drawings for the plaza included design gestures inspired by 20th and 21st century American artists: a monumental hardware paintbrush a la Jackson Pollock standing as sentry at the plaza’s entry, a Roy Lichtenstein paintbrush stroke as an under lit paving pattern, a series of benches faced with LCD video elements for the display of video artists like Jenny Holtzer and Bill Viola.  But at the fore of all of these ideas was the notion that this plaza had to engage the full spectrum of our society, from museum goers and art enthusiasts to the administration, faculty and staff of the Academy, to guests of the proposed plaza restaurant, to the breadth of Philadelphians and visitors to the City.  The plaza was to be a socially-engaging conduit for the communication of many and varied participants.  Accommodating all of those potential visitors within a former narrow streetscape required a design that allows for interaction while supporting program elements for year-round events on the plaza.

A carpet of pavers runs the length of the plaza, comprised of a random pattern of precast concrete, with colors inspired by the Furness-Hewitt Building’s handsome Cherry Street façade.  A long curvilinear bench comprised of three parts is built from sustainably-harvested black locust.  This bench, oversized and curvaceous in profile, invites participants to sit on either side, to sit in conversational groups or alone, to sit in order to see or to be seen, to enjoy the plaza from various perspectives.  The re-curving form is like a three-dimensional brush stroke running the length of the plaza, connecting a 51-foot tall sculpture by Claes Oldenburg (now an artist’s brush painting the sky rather than a hardware brush painting the ground), named Paint Torch, to an elliptically-shaped temporary sculpture platform.  With LED lighting under the front edge of the bench a path of light sweeps through the plaza at nighttime.

Challenges involved in the design and execution?

Simple, elegant designs require greater attention to detail, and at Lenfest Plaza the intent of the design was to create a taught plane of paving upon which well-detailed, civic scale elements populate the site.   Challenges to the execution of the design were largely based upon getting the details right and ensuring that the taught plane was just that – graded in a manner that ensured drainage while seeming to be a flat plane.  As Cherry Street is a major utility corridor for the city of Philadelphia, aligning the various infrastructure and transportation agencies behind a common vision quickly became one of the primary goals of the design team.   Additionally, as one of the oldest of this nation’s cities, what is not known to be under Philadelphia’s streets is always a challenge during construction.  Problem-solving on the fly became a habitual engagement for both the contractors and the design team, fostering a collaborative relationship between the different disciplines.

On Monday, challenges of the site, and response 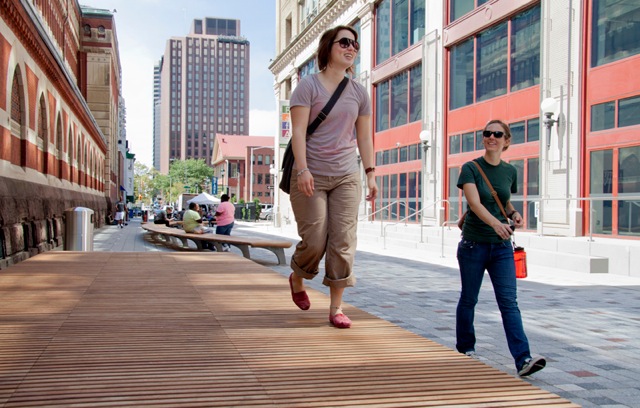 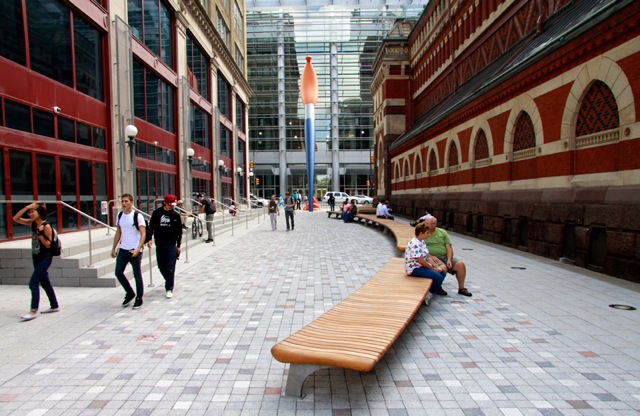 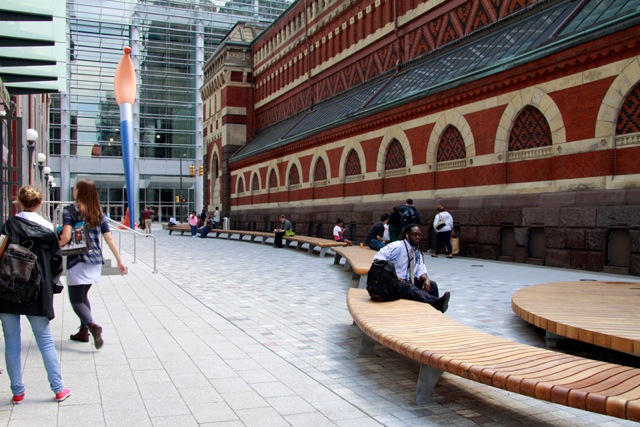 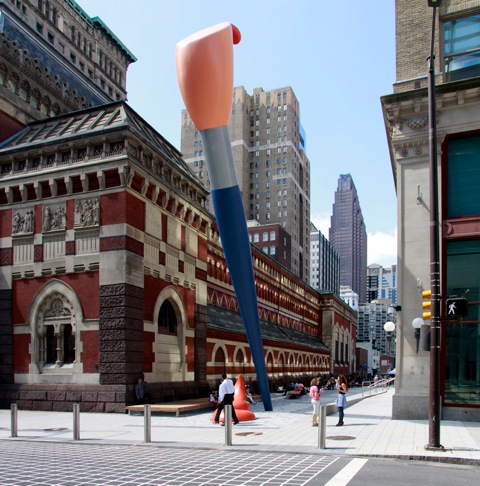 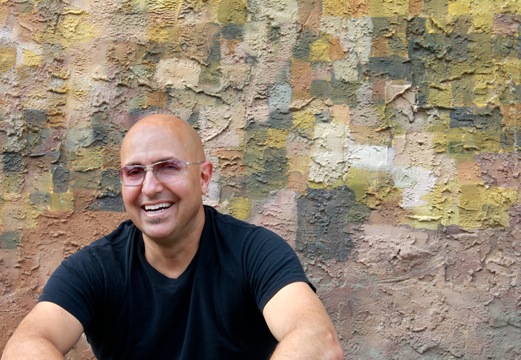 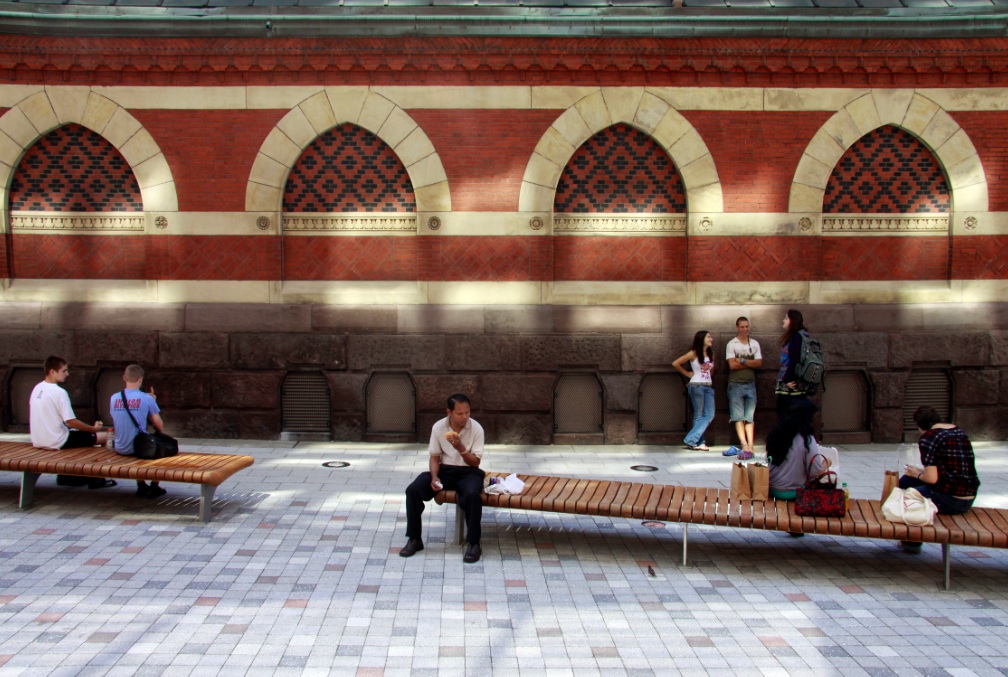 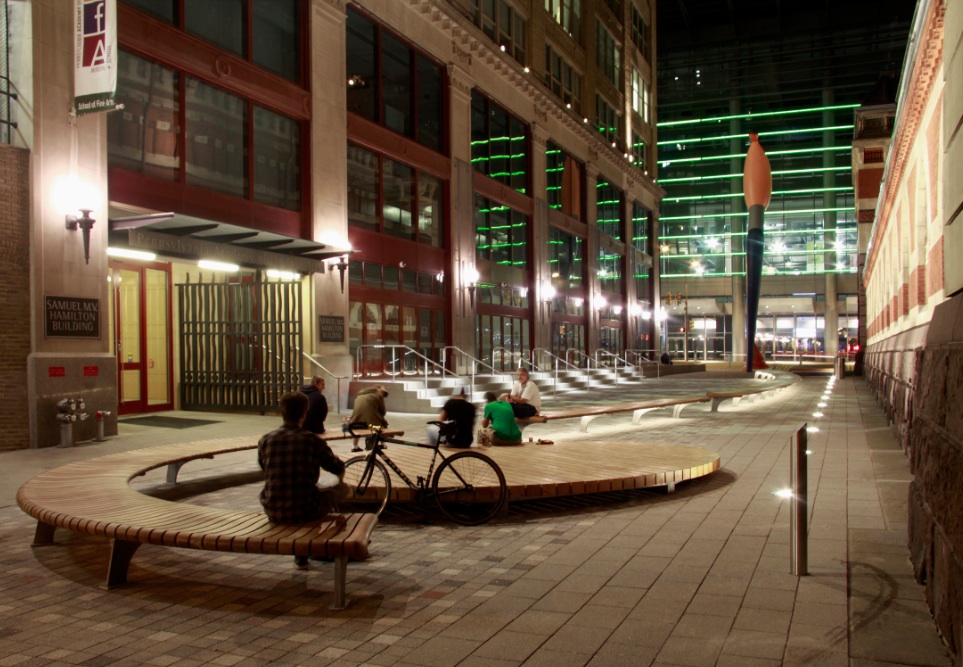 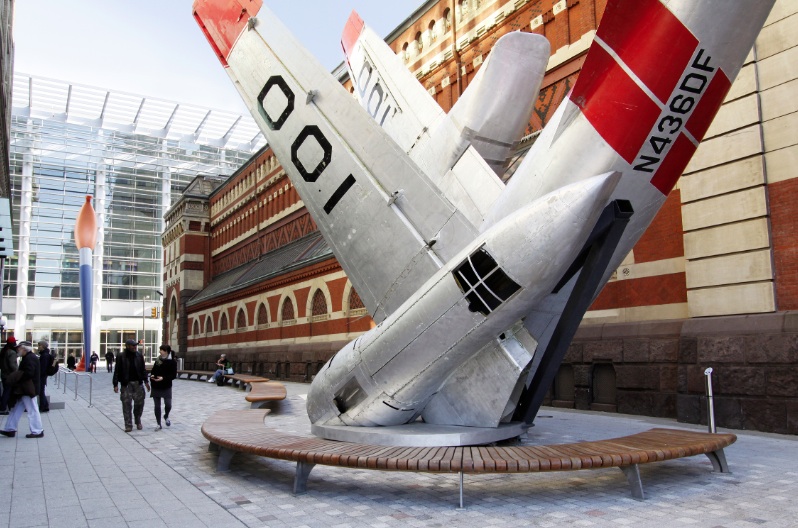 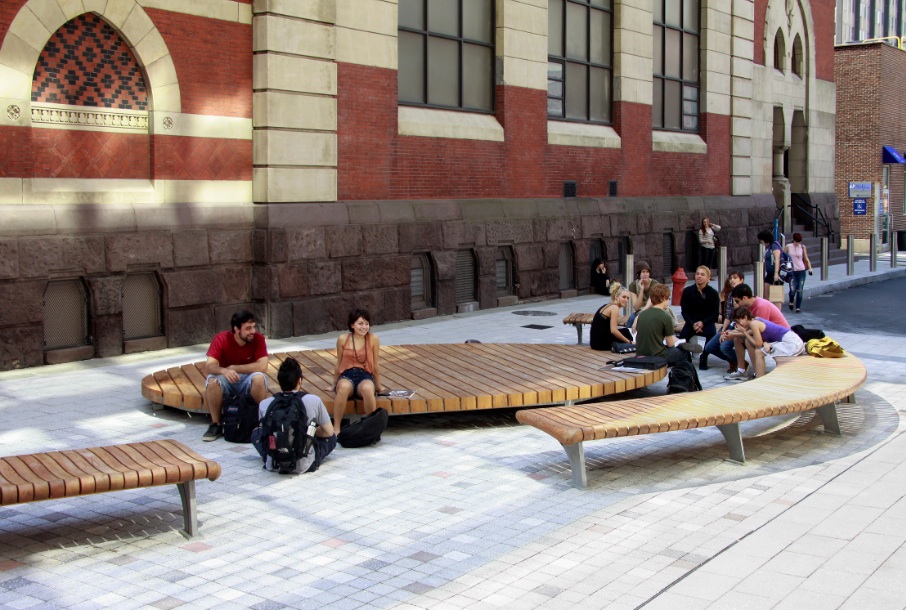 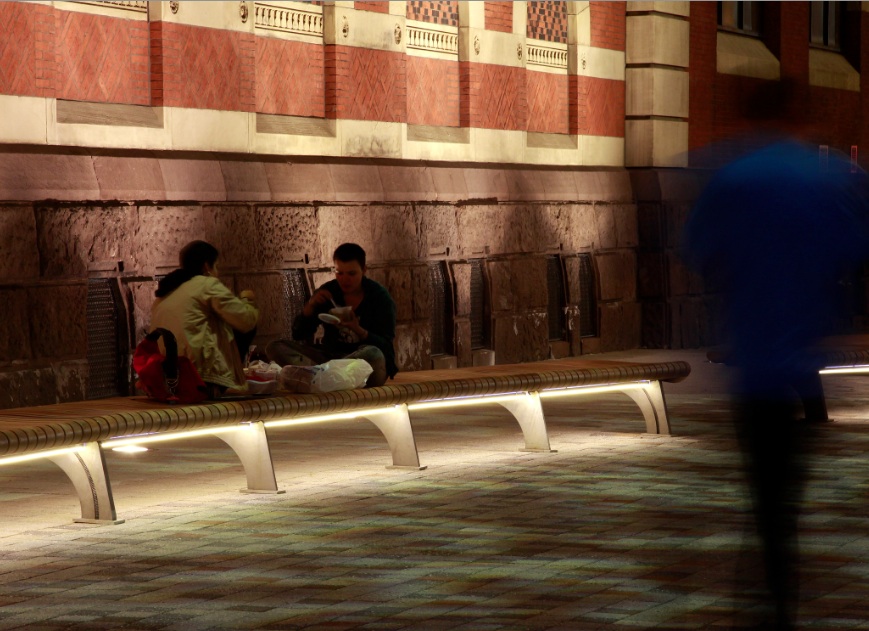 As a Golden Jubilee Philadelphian (1957-2007), who just sold his Louis Kahn(1956) house in Greenbelt Knoll (to afford a third floor flat in a 1782 Villa in Weimar, Germany)I enthuse at the creation of”their” Museum Mile. I even concede that in spite of my distaste for Pollock’s Anstract InExpressivism, his paintbrush is a visual kick. Patrick D. Hazard.

Samantha Cobos is an interior designer, a computer programmer and an artist when it comes to color, patterns and textiles. “I...