Norman Foster: Master of the Craft

Carlos Carcas is an independent filmmaker based in Madrid. Born in Miami, Florida in 1968, he began working in film production after graduating from Boston Universityʼs College of Communication. In 2009, he co-directed “How Much Does Your Building Weigh, Mr. Foster?” about the life and work of British architect Norman Foster, which premiered in February 2010 at the Berlin Film Festival. Now that the film has been released in the U.S. by First Run Features, A+A interviewed the director:

The intent of the film?

The first reason for making the film was to tell the story of a man whose vision and design can be seen all over the world. To me, his personal story is an inspiring example of someone who has risen from a modest, working-class family to the highest level of success through pure effort, will and risk-taking. The other reason for making the film was to try to communicate to a broad audience why architecture matters.

The inspiration for the film?

The inspiration for the film was Norman, his passions, and the architecture itself – which are all linked. At one moment making the film I realized that to show the buildings was to show the man, just like a poem gives you a particular insight into the soul of the poet. Some of the things that were constantly in our minds making the film are Norman’s love of clean lines, the way light plays with the exterior and interior of a design, his love of aircraft. A clear example of this is the Millau Viaduct sequence. It’s the world’s tallest bridge, a massive structure, and yet it looks like a delicate set of strings floating in the clouds. And if you see it from above, flying high up in the air the way it’s shown in the film- to me it’s the essence of Norman Foster.

The challenges inherent in making it?

I think the greatest challenge was convincing Norman to agree to make the film. He was absolutely opposed to making something that would seem like self-promotion. He’s a very private person, so the idea of having someone follow him around with a camera horrified him. It was a long process, but once we realized what we were doing and how the architecture was being shot, he accepted the idea more and more. Also, we were very careful not to get in his way whenever we traveled together. Personally, I enjoyed being with the architects and seeing what they were doing. I learned a lot from how they work and from Norman’s approach to work in general. It influenced me as a filmmaker and I think that also made him more receptive.

There are many films about architects and architecture from a variety of viewpoints. This project in particular is the brainchild of Antonio Sanz, the executive producer. Antonio is the key collaborator in all of Elena Ochoa’s ventures in the world of modern art and publishing, specifically Ivorypress.  Antonio has a project in the works to make a series of films about masters of various crafts. It seemed logical to him to make the first of the films about Norman Foster, a master of his craft and a film that was feasible.

Why does his architecture matter?

Architecture is extremely important to the quality of our lives. It’s not just about making pretty buildings, which is not to say that aesthetics are unimportant. Your surroundings have a direct impact on how you feel, how you perform. Nobody is happy living in a dump. Add to that issues that we know today, like ecological impact and construction costs, and you have another example of where a good design can make a huge difference one way or another. Something as simple as where you put the windows has an effect on how much energy the building will consume. It seems obvious but there are myriad of examples where designers haven’t paid attention to these details. This, in an era where the majority of humanity lives in cities.

What’s he trying to achieve with it?

In my personal opinion I think Norman’s design is about simplicity, intelligence and elegance. I think this is most clear when you look at his drawings. I remember one sketch of a thread going through a needle– well, voila, there’s a bridge! I think all of his works follow basic principles. A building is not a dead chunk of glass, steel, and concrete, but rather more like a machine. Again, this goes back to environmental issues. How do you reduce energy by allowing more natural light to come in? How do you block that light when it’s too intense. How does the air flow in, out and around the building? How do people flow in, out and around the building? How can a design revitalize a dead space and transform it into a place where people gather together? How do you modernize a historical place without losing the “history” by creating a dialogue between the past, present and future? In the end, it’s all about asking the right questions. I think Norman is questioning what he does all the time.

What about the spirituality of his work?

In Norman’s own words: “Architecture, I guess, for me is something that moves the spirit, that really works in terms of all the senses. In that sense it’s about the things that you can measure you can quantify and, if you like, the spiritual dimension which is rooted in all of the senses and which you can’t measure. But you know it’s there. It moves you. It moves your spirit.”

For more information, go to http://firstrunfeatures.com/mrfoster/ 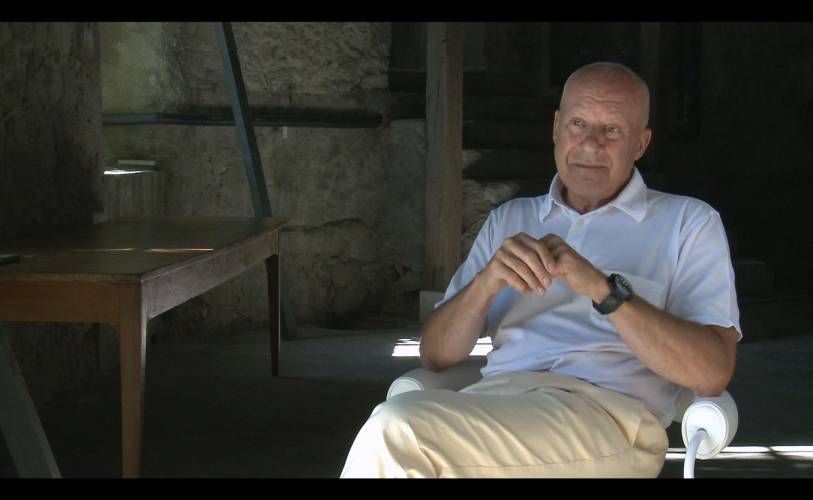 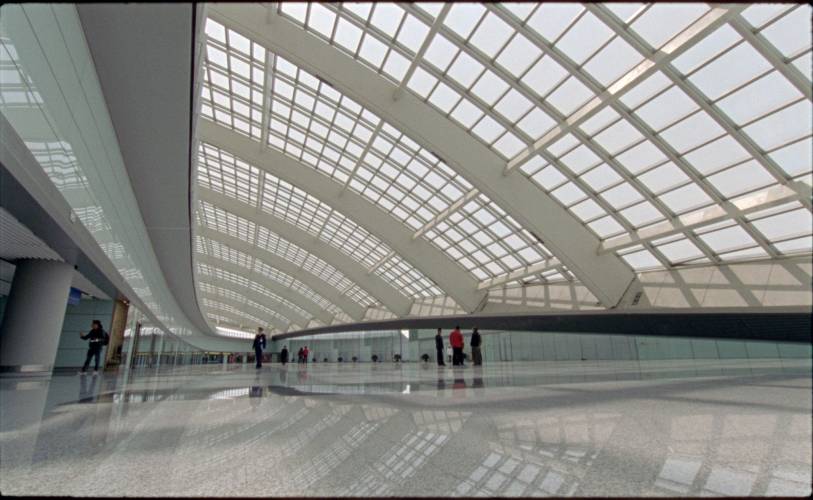 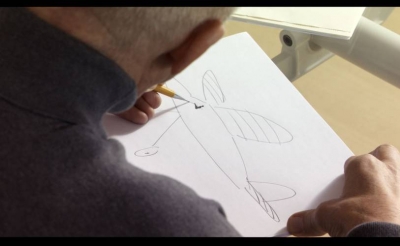 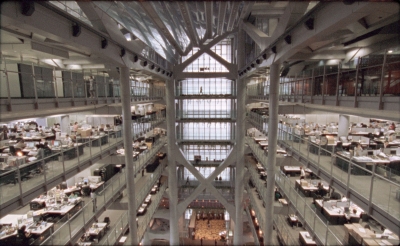 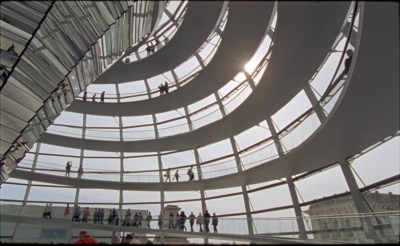 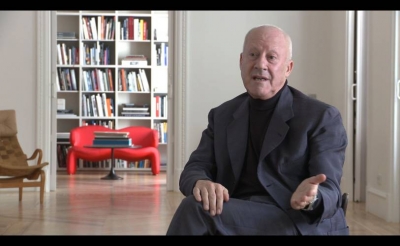 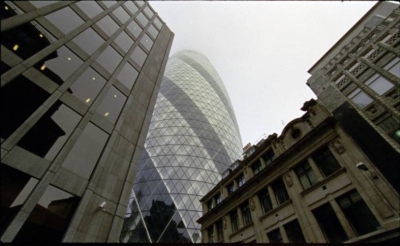 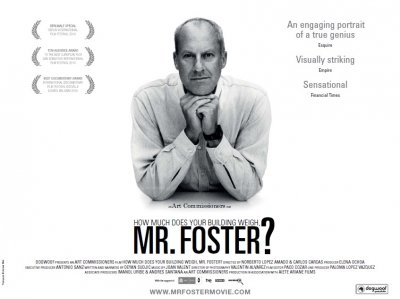 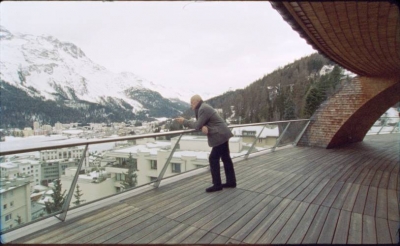 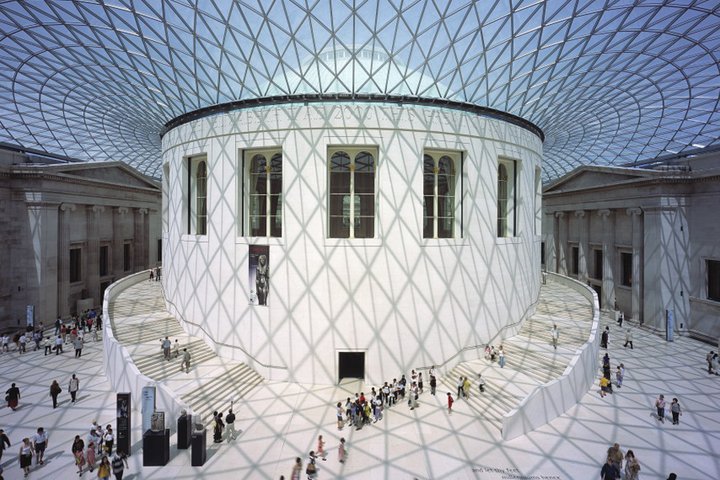 Perhaps no Southern city ever found its fate so entwined with the Arts & Crafts movement as did Asheville, N.C. Its...