Now he’s got a staff of 11, housed in a Philadelphia movie theater dating back to 1932. They’re producing apparel and home decorating items, including upholstery, pillows, and quilts.

And he has a library chock full of decades of his drawings – of architecture and patterns found in nature, since he splits his time between Philadelphia and Woodstock in the Catskills.

That library came in handy when he began to collaborate with Cean Irminger at New Ravenna on Virginia’s Eastern Shore. The maker of custom stone and glass mosaics and the textile designer have teamed up to create 12 new lines called Natural Selections.

“I picked designs from my library that would look good repeated,” O’Brien says. “That’s what we showed – patterns, a geometric collection, and one that’s more botanical.”

His textiles and his mosaics are meant to create tranquility in the home – to balance the beauty of tranquility and the excitement of delight. “It’s like: ‘Ah! Home! I feel good here,’” he says. “They’re neutral but interesting – they may be delightful, but you feel like you’re in your element.”

With textiles, he’s usually thinking about the fabric used and how much control he can have with a silkscreen to get exactly what he wants. But with stone and glass, he has to build his images. “They’re in control as much as you are – they’re natural materials so you have to accept the limitations the stone demands, like what stain or color and where to break it,” he says. “And glass too has some say in what I do with it – I have to accept its limitations over me.”

He wasn’t limited by New Ravenna’s inventory, however, including shards of glass in 40 different shades of blue. “They have a whole warehouse full of cases with jagged pieces of glass hanging out – all handmade, and I’d go in there and pick a giant crate of turquoise or pink,” he says. “With stone there are more limited choices, and they’re more neutral in color.”

So the mosaics he creates are influenced by his material palette. “Glass mosaics are more appropriate for walls – they’re more subtle and have finer details, but they can be used also on floors,” he says. “The stone ones are more geometric so they’re for floors – you don’t see them so close up, and they create a large pattern.”

The Natural Selections collection includes historical interpretations of damask, Moroccan fretwork, and William Morris. But there’s an Asian influence too, from a trip to Japan that resulted first in textiles that interpreted the wood-burning technique popularly known as Shou sugi ban.

Now the ancient technique is available in glass mosaics too, from New Ravenna. 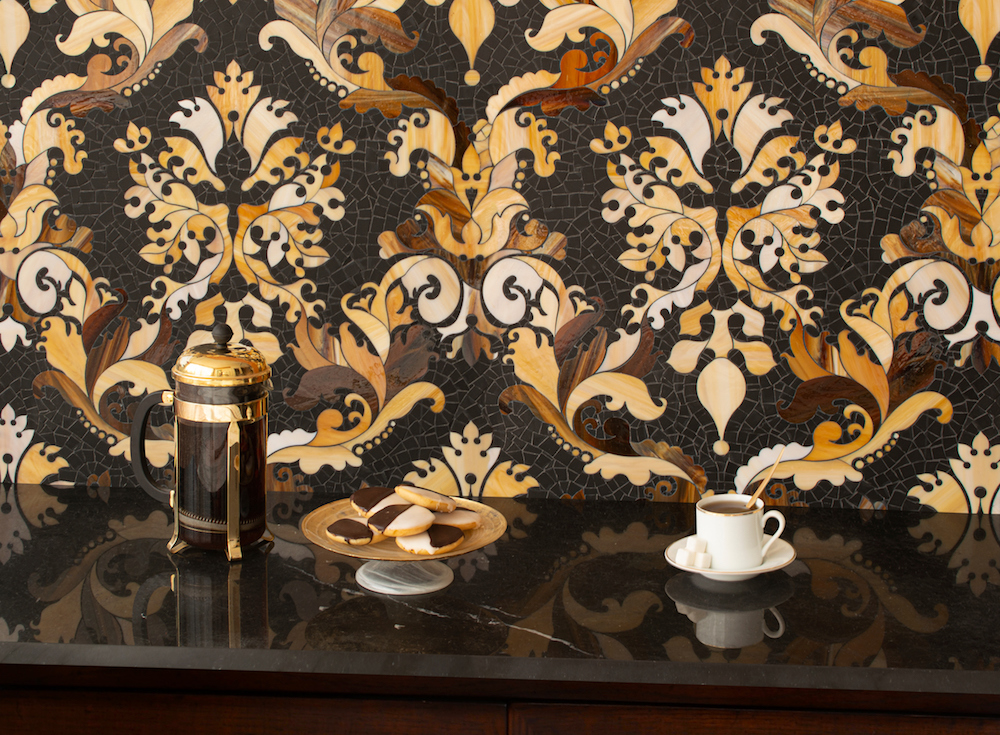 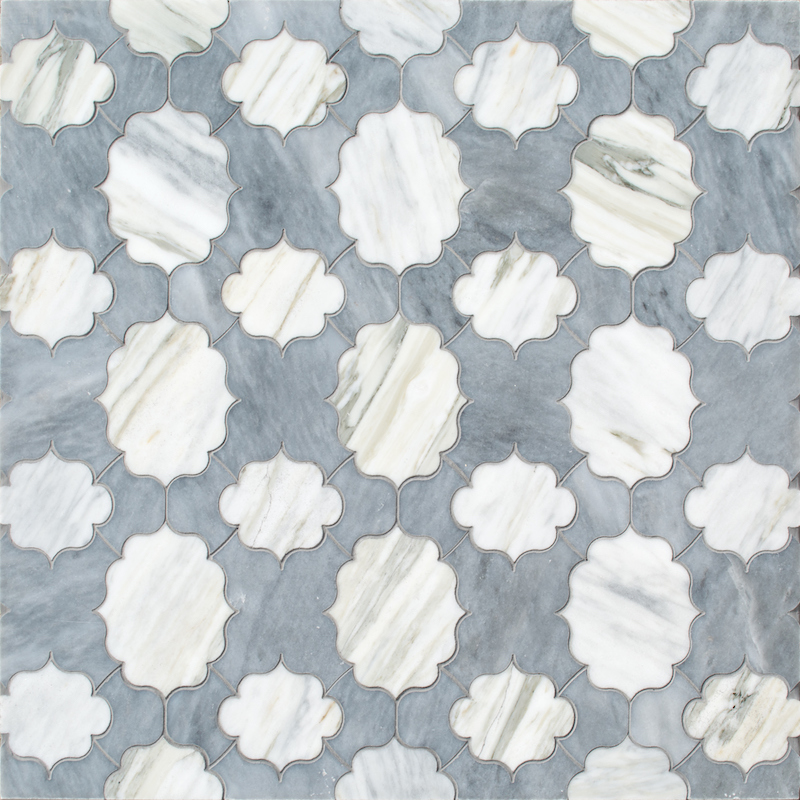 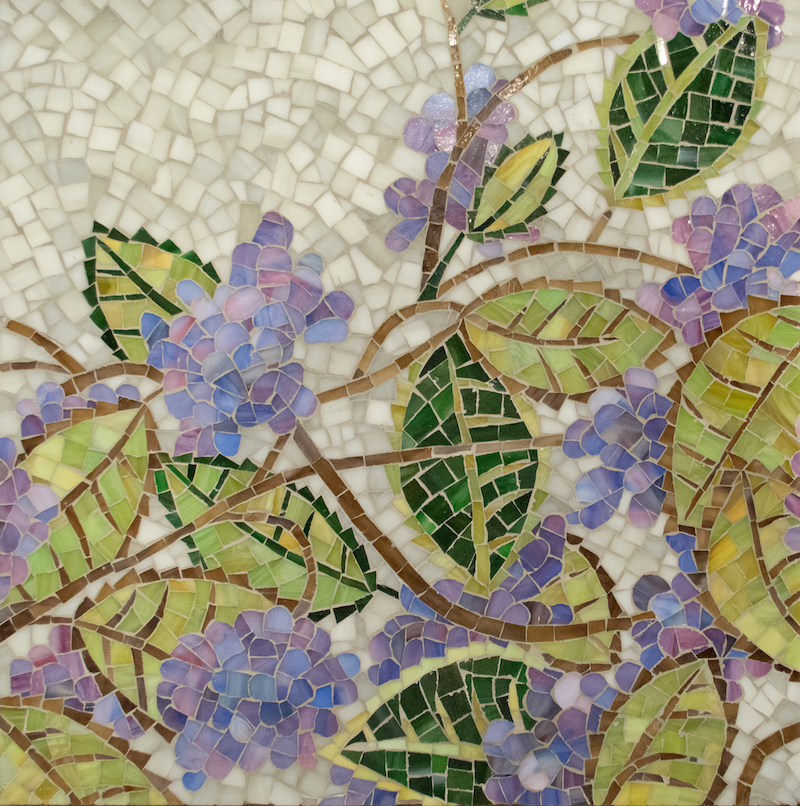 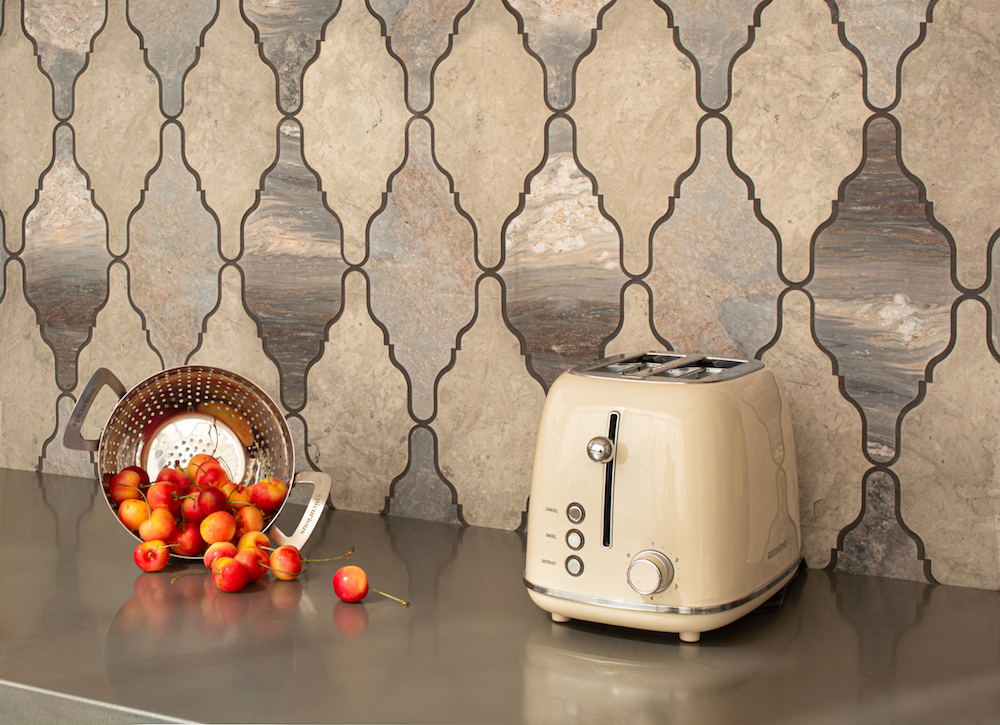 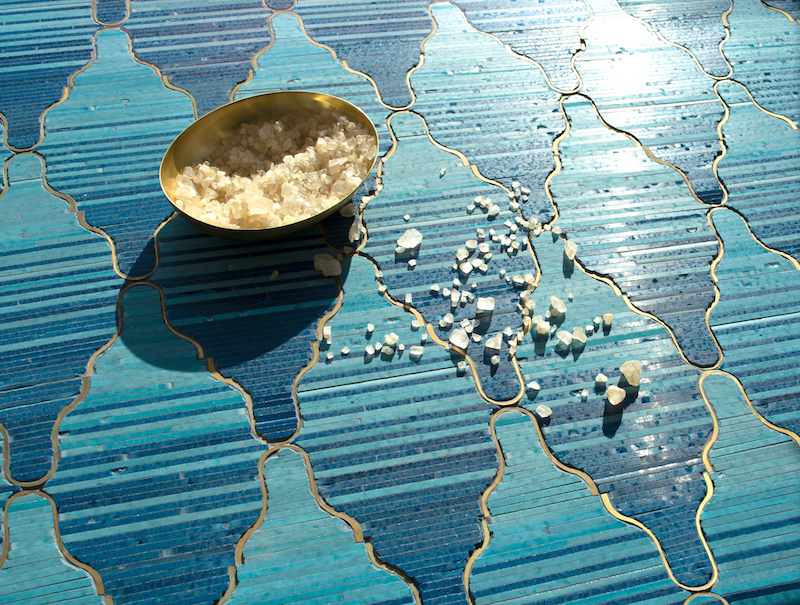 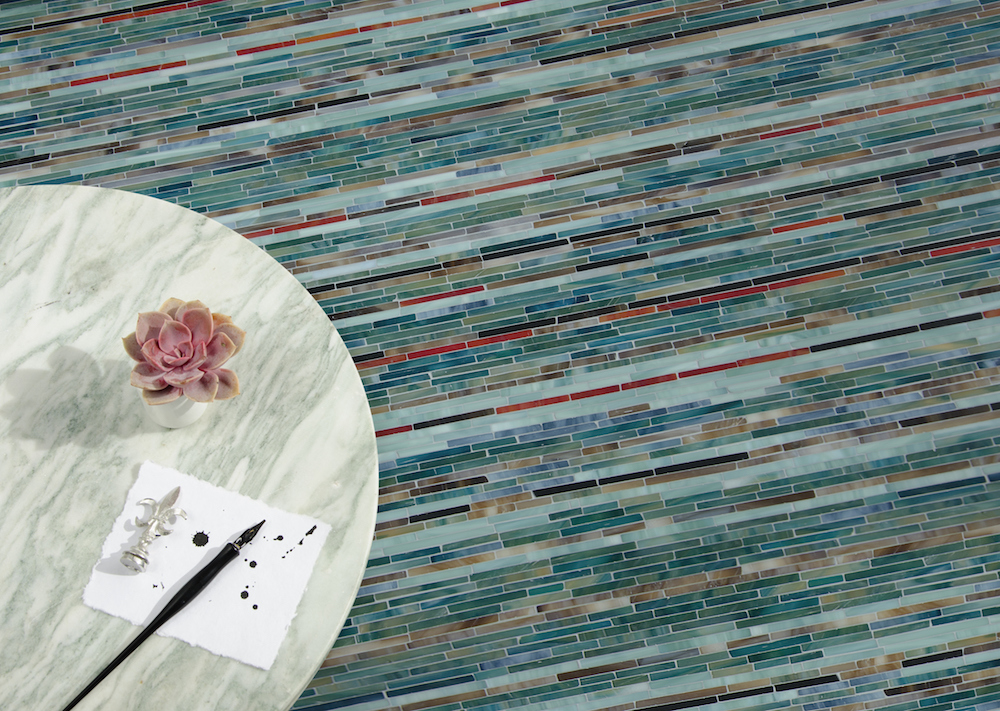 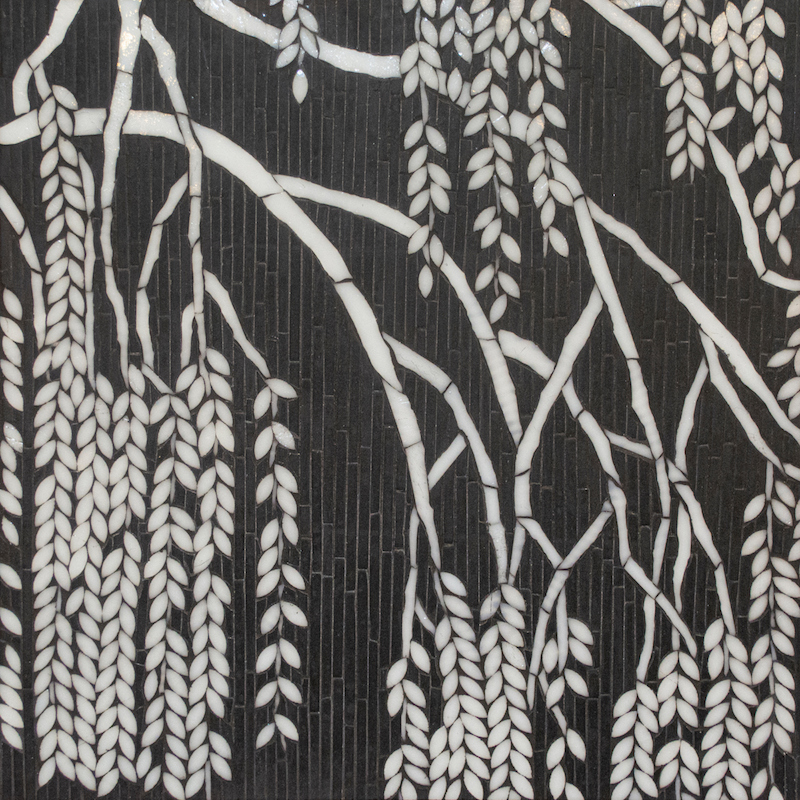 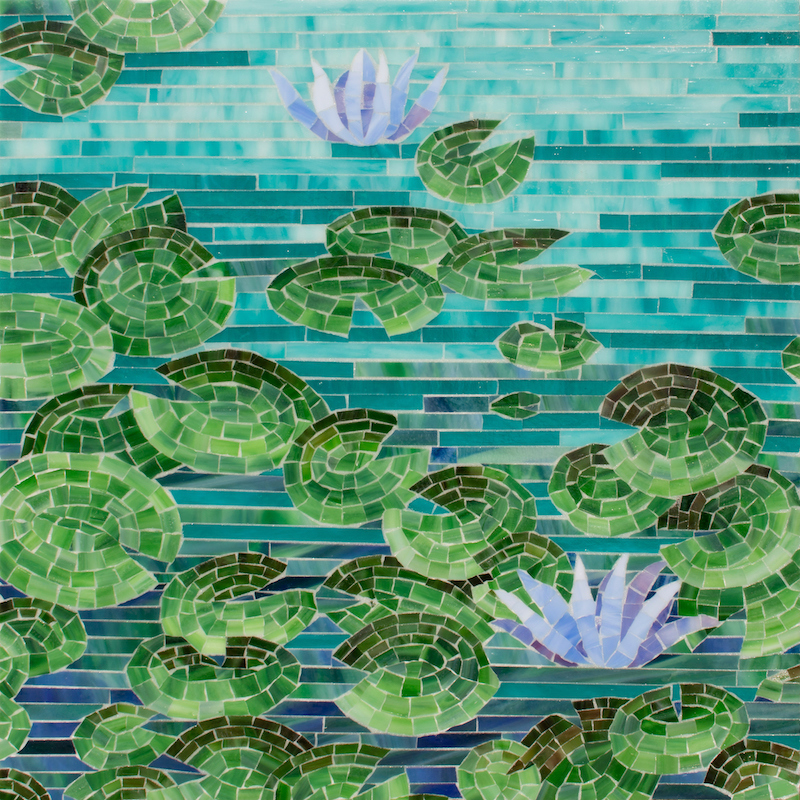 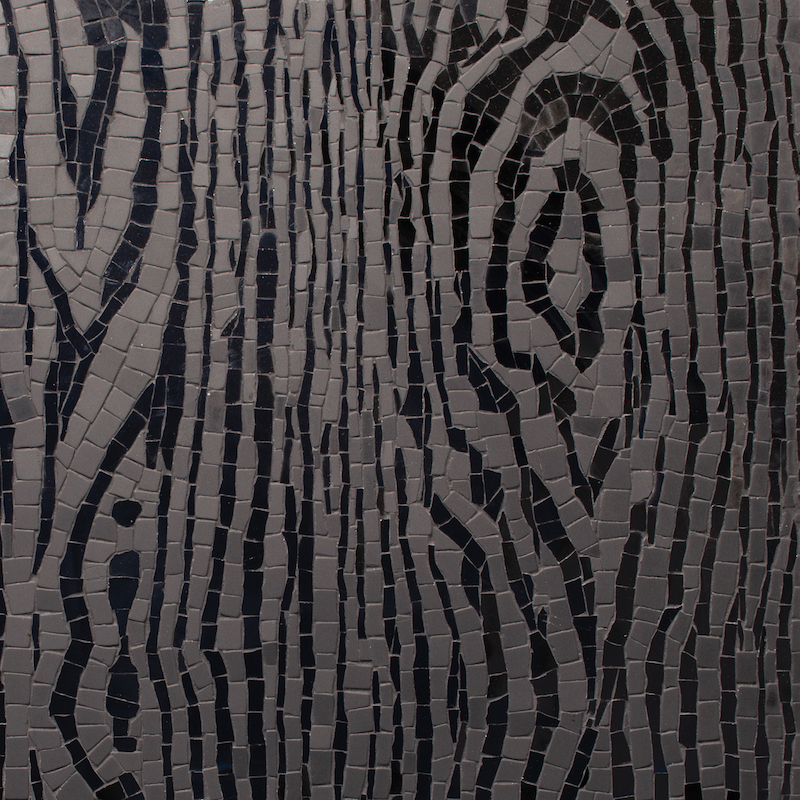 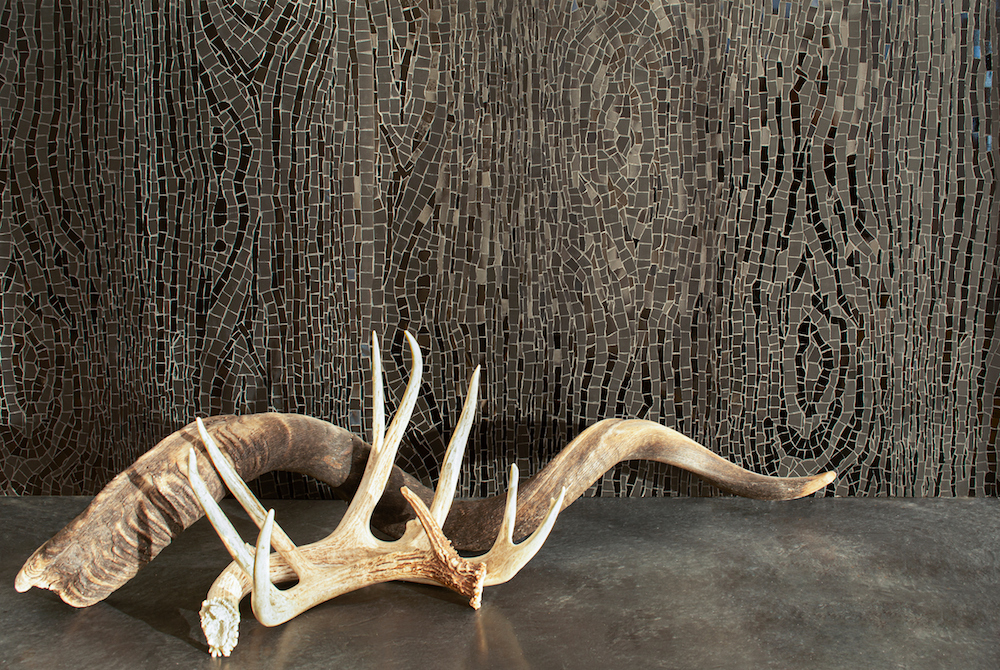 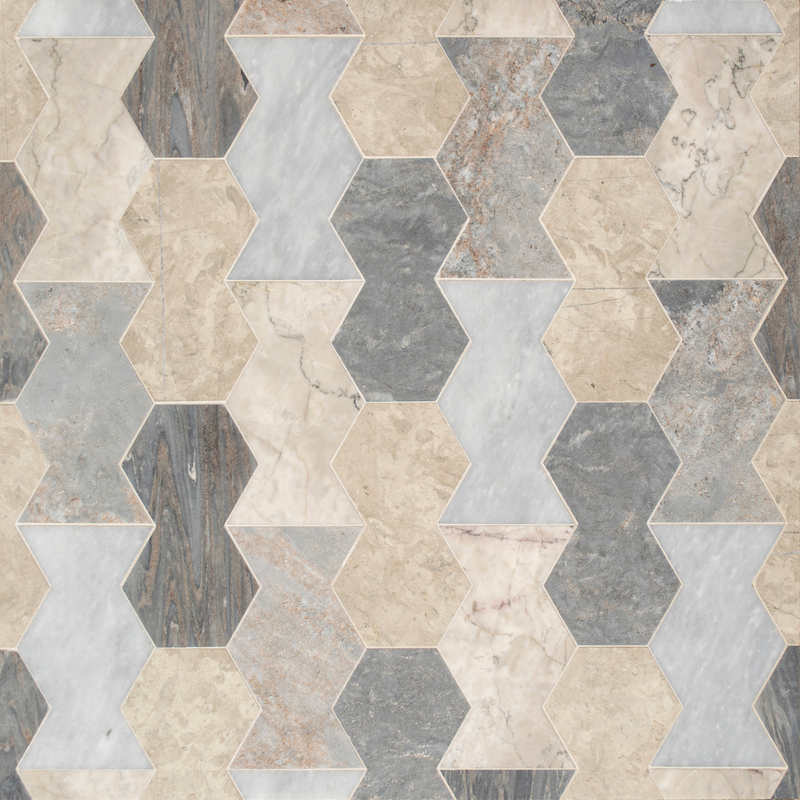 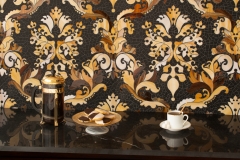 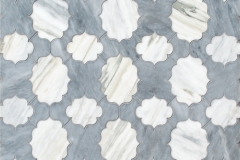 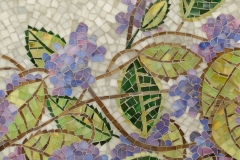 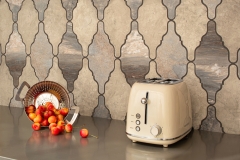 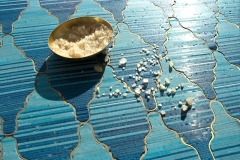 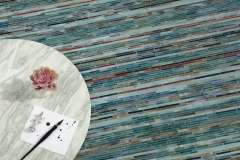 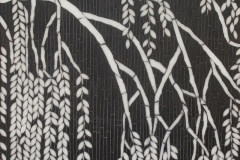 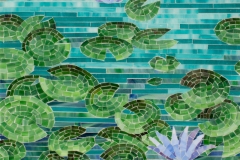 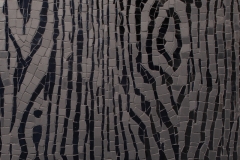 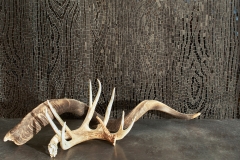 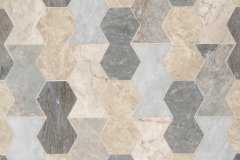 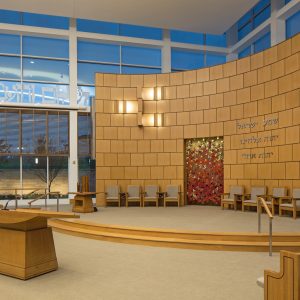 Leave it to a group of common-sense Midwesterners to arrive at a solution to one of the thorniest issues in religion today: How...