Morris Adjmi’s Orchid in the Bahamas

The site’s located at the corner of a mega-yacht marina on an island in the Bahamas.

The design inspiration came from a local flower.

And the building itself – home to nine luxury condominiums, some as large as 11,500 square feet – is sheathed in aluminum panels cut by a water jet in a floral pattern.

“The inspiration? Sometimes it’s less rational and more emotional,” says architect Morris Adjmi. “We wanted something that felt festive and related to the experience on the island. We wanted to create something with a little drama.”

A curved corner of the building he calls Orchid points out to sea like the prow of a ship, while its long flat side overlooks the Albany Marina.

“The views are amazing,” he says.

The aluminum sheathing recalls the cast-iron latticework of New Orleans, where Adjmi grew up. But it relates to the native vernacular’s lattice too.

Adjmi and his team first developed a mockup of the patterned aluminum screen, one that measured three-and-a half by-six feet. They sent that off to A. Zahner Company in Kansas City, Mo., for a full-scale mockup. Then the real thing was fabricated, shipped and applied on site.

“The form is influenced by its context – its position on the marina, and the screen is from native orchid plants,” he says. “It’s a veil.”

The building is one of nine such architect-designed structures on site, one of which is to be designed and built by Bjarke Ingels Group. Another is named for Charles Gwathmey.

But Tavistock Group, the developer, has asked only one firm to design two buildings at the marina.

That would be Morris Adjmi, whose Lantern soon will grace the southern tip of the island. 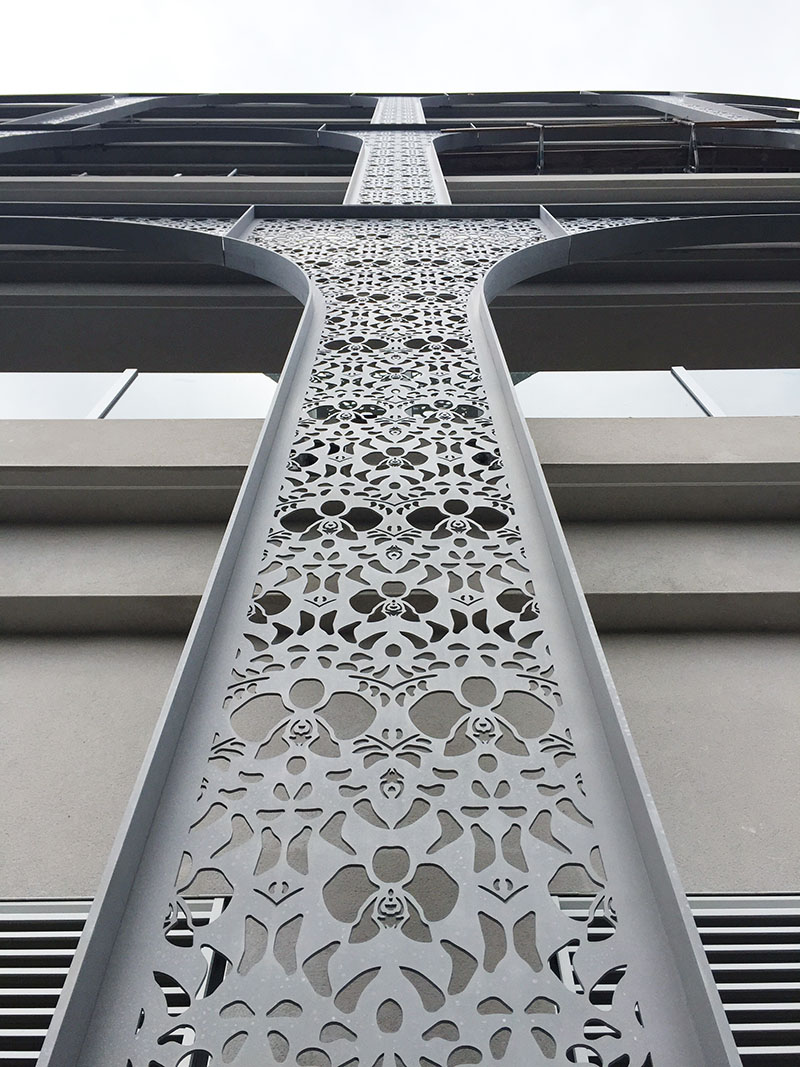 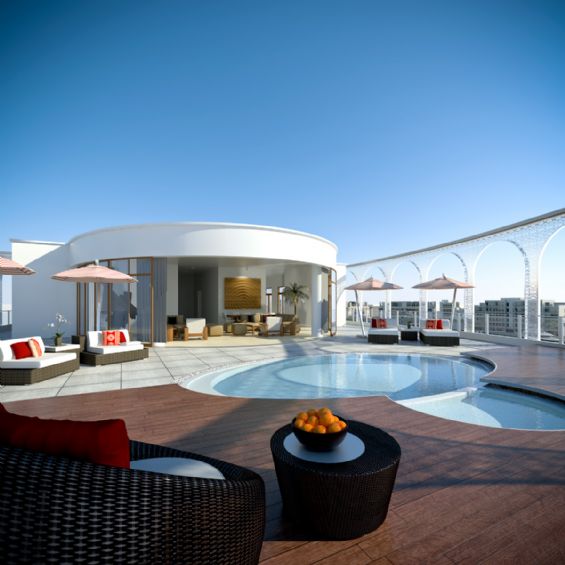 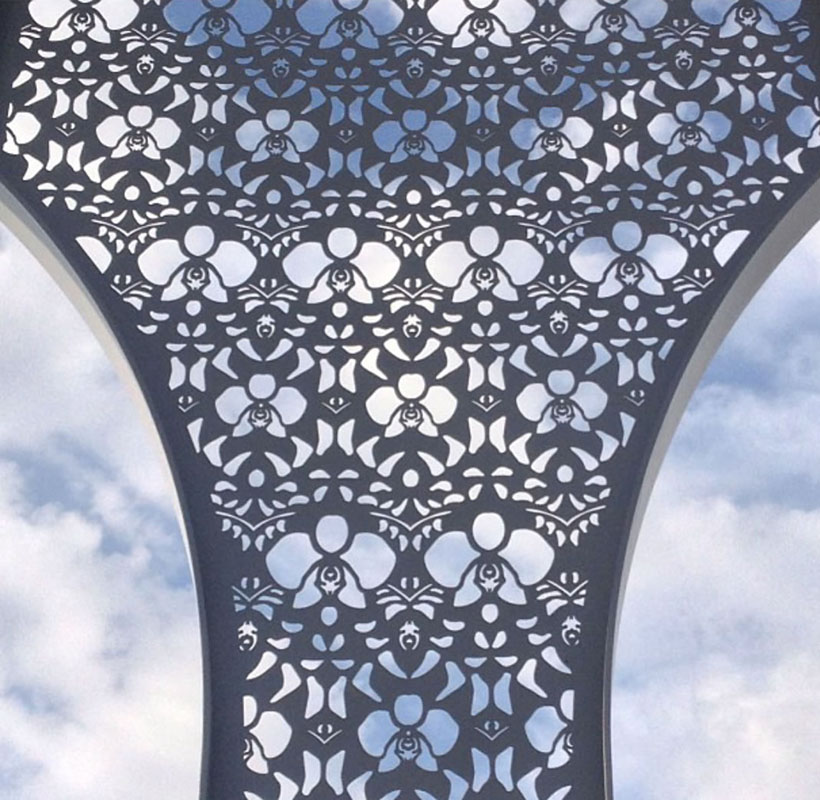 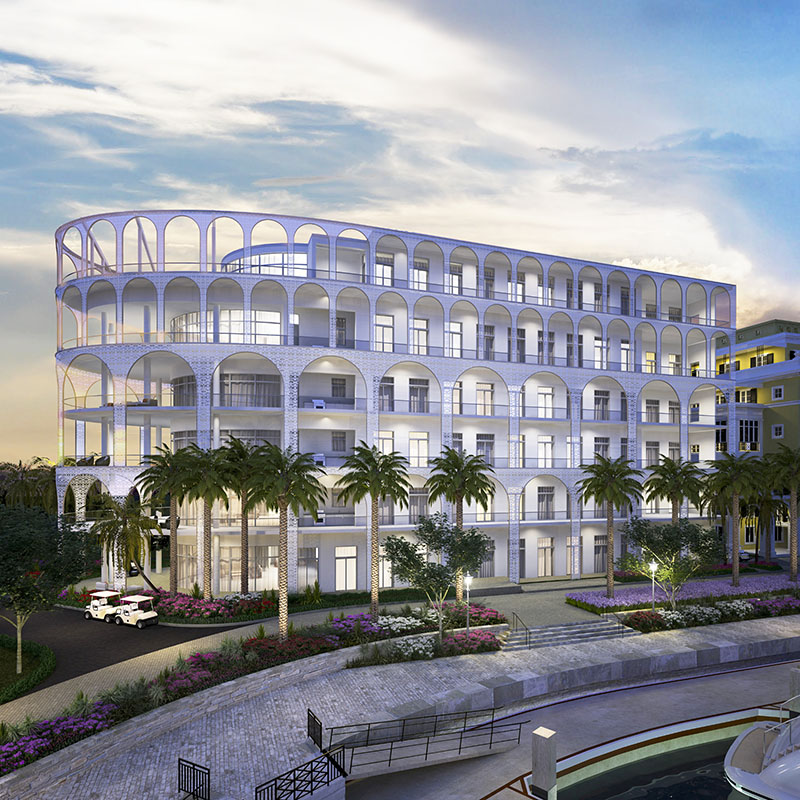 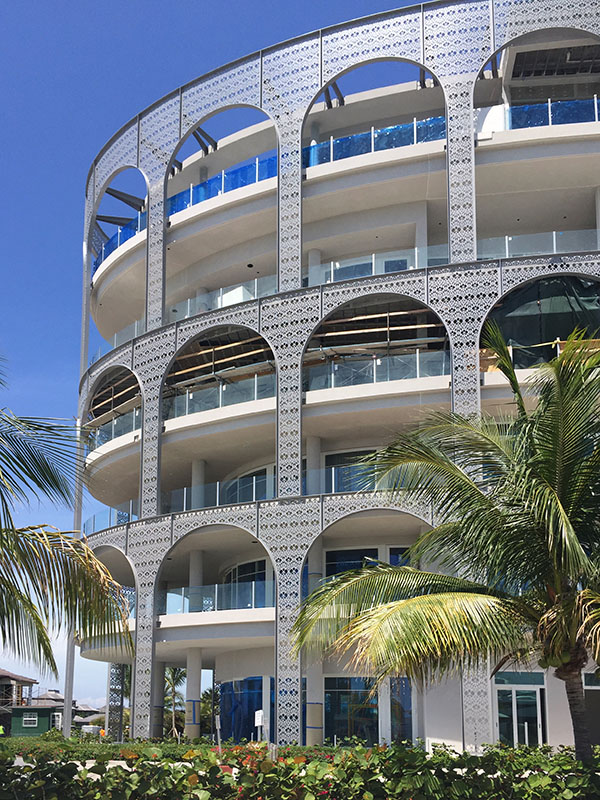 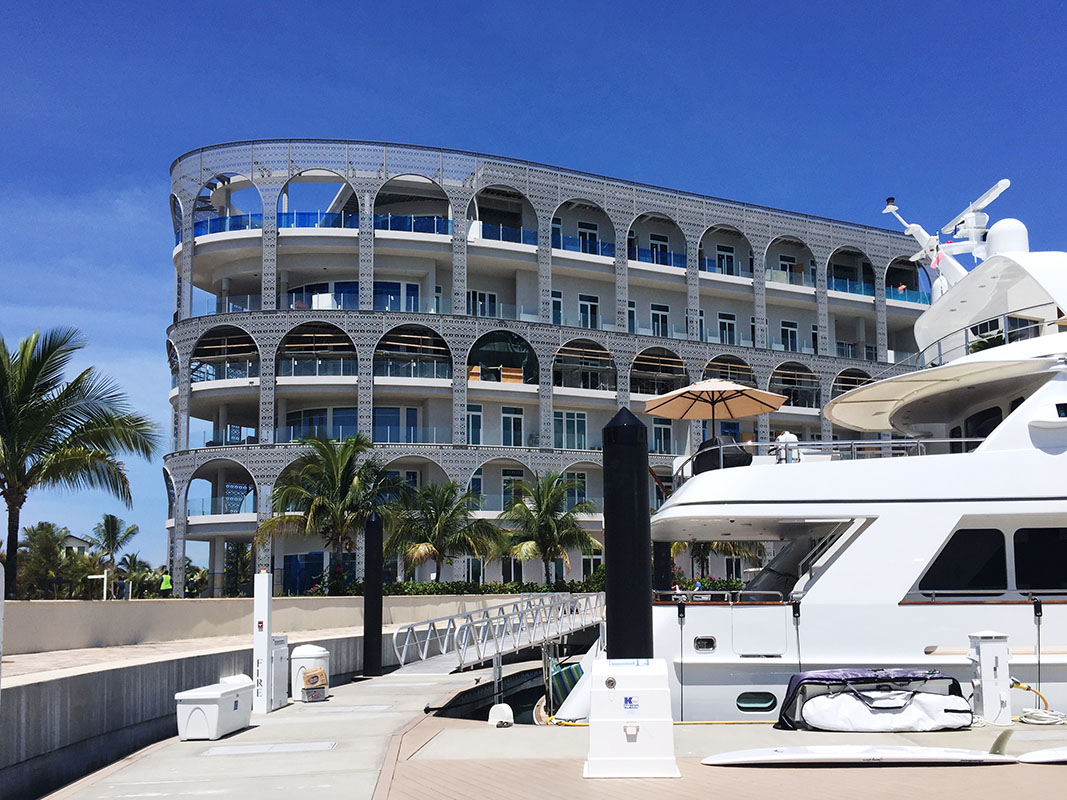 First of all, she has no eyebrows. But piffle! - the viewer barely notices. The Girl with a Pearl Earring - perhaps...