Here we have a colorful game of “What if?”

Like: Instead of the Arc de Triomphe in Paris, a giant elephant in battle dress took its place?

It’s no laughing matter. It was a serious proposal. “That design had been suggested quite a few years earlier,” says London-based marketer Matt Lindley. “It was to look triumphant and symbolize the strength and power of the king.”

Or a ziggurat by John Russell Pope for Washington D.C.’s Lincoln Memorial, instead of Henry Bacon’s Parthenon-inspired monument? Pope actually proposed a number of classical designs, all rejected in favor of Bacon. But he would later prevail with the domed, nearby Jefferson Memorial.

How about a stretched, taught, pyramidal structure for the Chicago Tribune Tower – by Bruno Taut, Walter Gunther and Kurz Schuz of Magdeburg, Germany – instead of the neo-Gothic gem by New York architects John Mead Howells and Raymond Hood?

Then there’s the Art Modern-ish Sydney Opera House designed by Sir Eugene Goossens, the conductor of the Sydney Symphony Orchestra, who designed it in 1955 with perfect acoustics. Alas, it did not make the grade. Danish architect Jørn Utzon’s entry, inspired by sailboats, prevailed instead.

And for the 1876 Tower Bridge in London, what about the proposed design by F. J. Palmer, who offered a design with moveable platforms at either end of the bridge, so that tall-masted schooners could pass through, while maintaining the flow of road traffic?

Any of them might have happened, but none did. And certainly, none can outdo that French elephant. “The others don’t have the ‘Wow!’ factor quite as much,” Lindley says. “It’s striking, and would have lavishly altered the landscape of the city.”

The project was developed by a team of content developers where Lindley works, after a great deal of reading, collecting and brainstorming, for a home insurance client. “They’re about getting a diversity of buildings and countries,” he says. “We choose the ones with the most interesting back-story, design and resonance for the project.”

They’re lucky – every content producer should have a client with that kind of pluck. 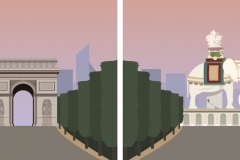 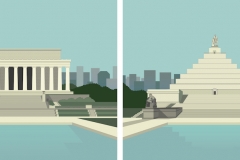 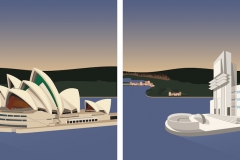 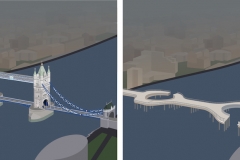 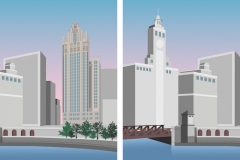 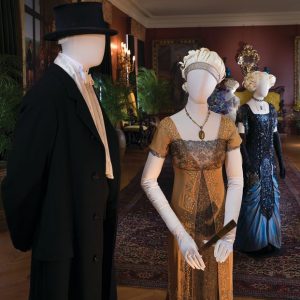 Twenty years after “Titanic” the movie opened and more than a century after the actual ship went down, it’s all fashionable...