A Pavilion in the Bluegrass

Twenty minutes northeast of Louisville, near Crestwood, Ky., Yew Dell Gardens were established in 1941 by Theodore and Martha Lee Klein as a commercial nursery with an extensive collection of unusual plants and outstanding gardens.

After Theodore’s death in 1998, a volunteer group banded together to purchase and save his work from development, and to restore his personally crafted designs and buildings on the 43-acre site. Among these are eccentricities like a miniature stone castle and a double-rowed, pleached holly allee.

After the purchase, Yew Dell was almost immediately honored as one of 13 gardens among the Garden Conservancy, a national group dedicated to saving the nation’s most unique gardens. In 2002, the organization authored the gardens’ stabilization plan to help its board of directors manage it rehabilitation.

The board contacted DeLeon & Primmer Architecture Workshop, now based in Louisville. Roberto Leon and Ross Primmer, both from Harvard’s Graduate School of Design, had set up their practice in that mid-tier city in 2002. They were looking for a community that, like their firm, was poised for growth.

The board was interested in establishing a learning center for lectures and classes in its bank barn — a structure built into a hillside on site decades ago. It’s a two-story, 40-foot by 60-foot affair, with an entry on its high side. It’s historical, but from recent history – it was ordered from Sears back in the ‘40s.

“It’s got a lot of nuances – the curved roof trusses have his name stamped on them,” Roberto said. “He built it with all these openings and bird houses in it. We were able to save a number of them and put them back.”

To complement and expand the existing structure, the architects suggested adding a pavilion alongside the bank barn. “We wanted to build something of architectural significance,’” Roberto said. “It was not about the cost, but about getting the most out of the budget.”

The architects mimicked local tobacco barns, with black pitch skin outside and natural pine walls inside. The complex now contains restrooms, lecture space, room for potting classes and a catering kitchen. One of its unintended uses is as a wedding venue that’s booked for entire summers at a time.

“We showed that by preserving the bank barn and adding the pavilion for the same low cost that we could make the facility more integrated,” he said. “The pavilion is almost the same square footage, with an outdoor space that overlooks the bank barn.”

For more on DeLeon & Primmer Architecture, go to http://www.deleon-primmer.com/

For more on Yew Dell Gardens, go to http://www.yewdellgardens.org/ 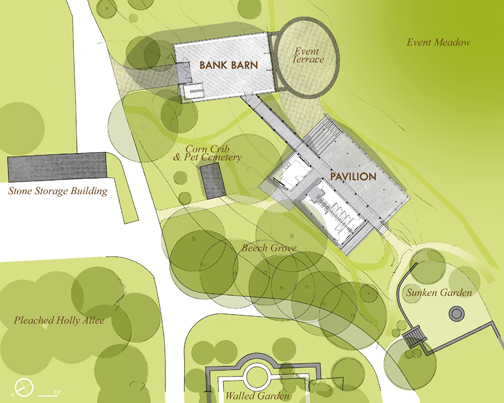 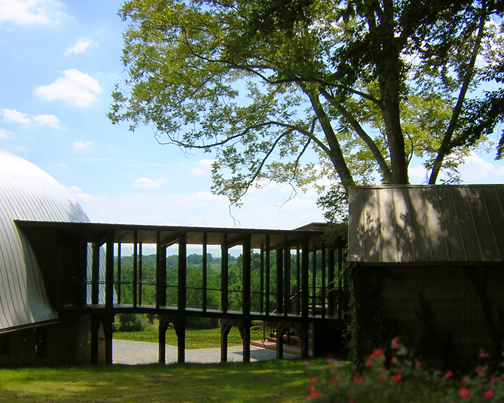 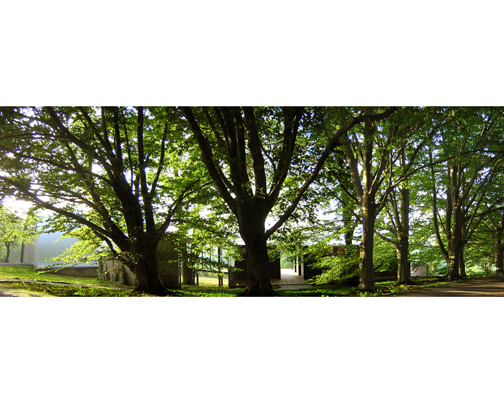 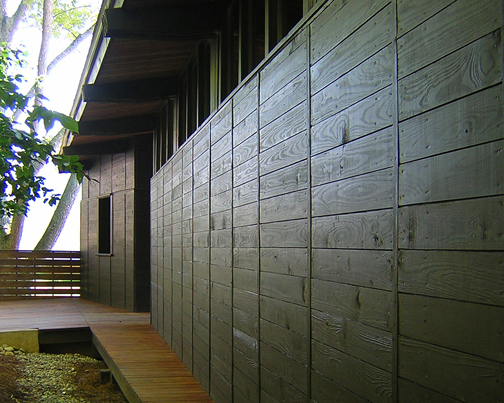 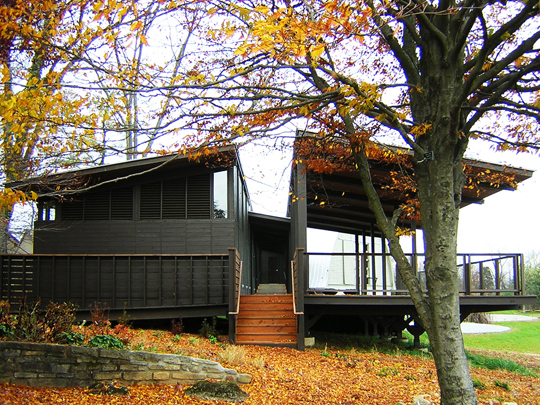 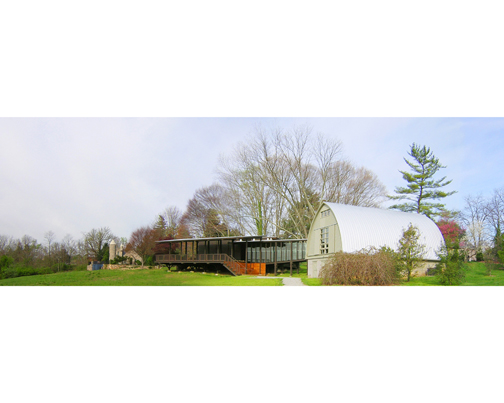 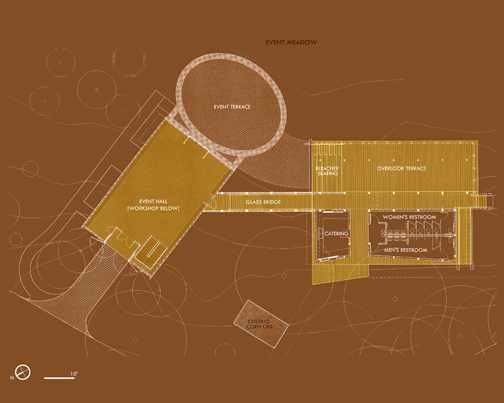 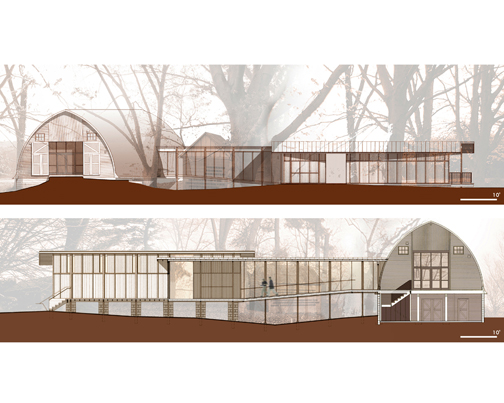 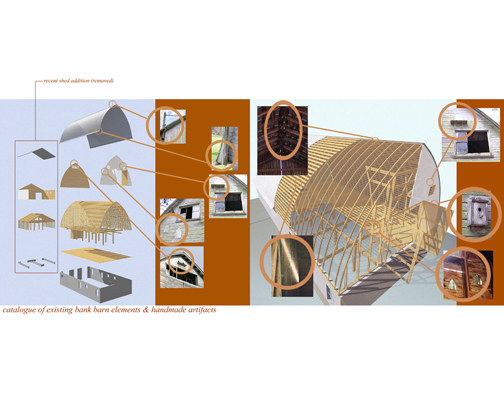 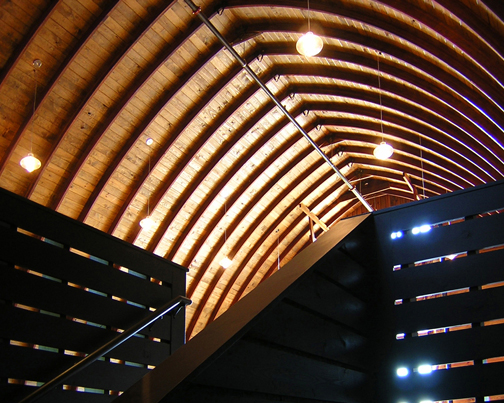 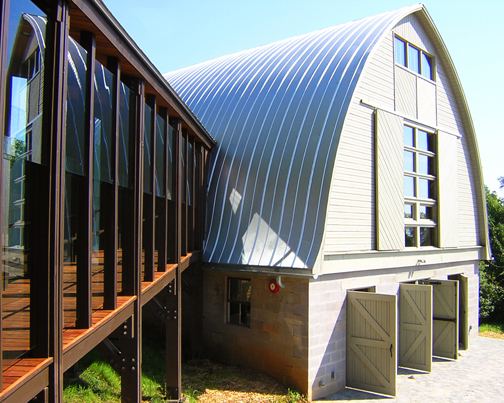 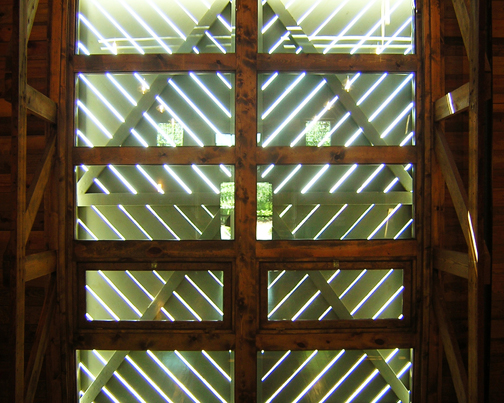 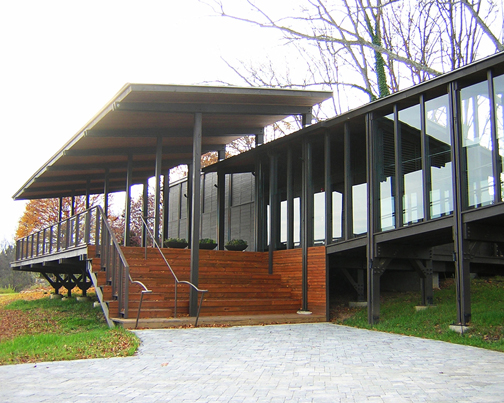 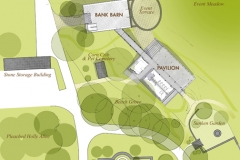 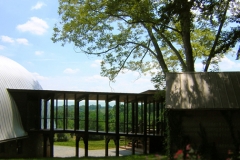 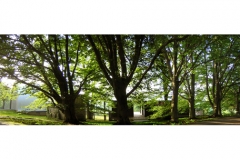 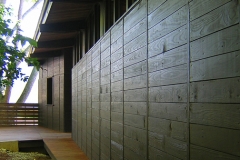 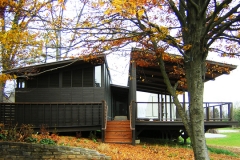 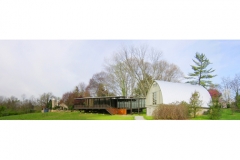 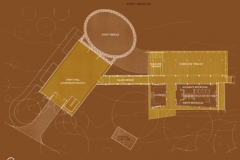 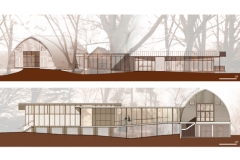 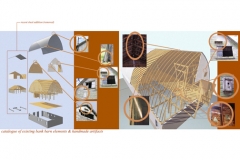 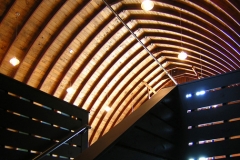 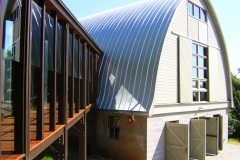 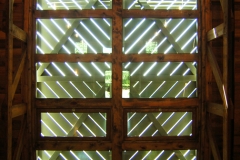 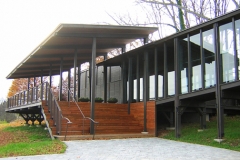