Architect Marlon Blackwell knows more than a little about the pedigree and habits of the canine breed regarded advisedly as the porchdog.

And he’s put that knowledge to use in Katrina-ravaged Biloxi, Miss.

“A porchdog formally defends the home,” he said. “As a former Bible salesman – for five summers while I put my wife through Auburn – I have distinct memories of going up on porches and being confronted by porchdogs.”

So when it came time to compete in an Architecture for Humanity model home program in Biloxi, his firm promised that should its entry be selected, the owners would get their own porchdog.

“We did get selected, which was nice,” he said. “Our “Porchdog” was the last house funded.”

“The temptation was to build just another house on stilts,” he said. “But we decided to provide another model, and to build with an urban intent – with porch and small footprint.”

It’s clad in ribbed metal on ground and first level, with fir farther up. Shutters roll up on its backside for protection during storms, and can be locked if necessary. Best of all, the firm brought it in at $130 per square foot.

“It’s a strange little house that’s part animal and part machine,” he said. “It relates animate forms to inanimate forms. It’s got a head, a tail and haunches. It expresses its stairs, and it’s got a roll-up door. It’s a tough little tank of a building. At the same time it provides a sense of delight with light and air, it also provides a sense of security.”

It won a commendation for Architectural Review, as well as an honor award from the Arkansas chapter of the AIA.

But to Marlon, the Porchdog is about more than that. “Architecture for us is a transformative act,” he said. “This was a Darwinian moment – a disaster and how to respond. It’s a shotgun house that’s evolutionary, rather than fixed.”

In essence, it’s a new breed in housing.

For more on Marlon Blackwell, go to http://www.marlonblackwell.com/ 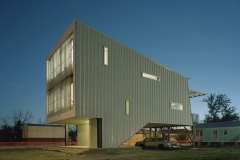 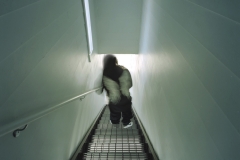 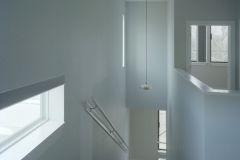 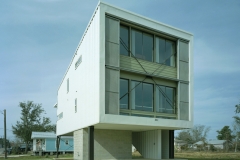 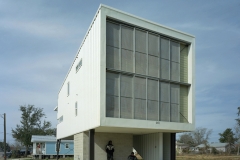 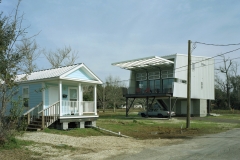 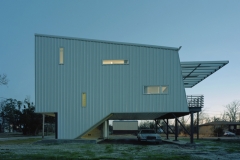 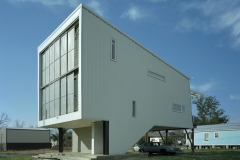 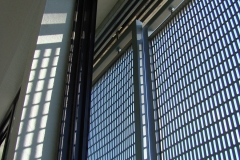 When artist Alia El-Bermani moved  to North Carolina from California, painting helped her find a sense of place. “I...