Loved to Death in Louisville, Ky.

Here we have a series of cascading conflicts for a popular public space: Atop a hill in one of the Olmsted firm’s great green necklaces, a modernist pavilion is threatened with demolition – not because of its design, but because of its use every day.  Wear and tear, a heavy concentration of nearby recreational activities, along with insufficient funds for maintenance and repair – all add up to a questionable future for a beloved Louisville landmark.  Ironically, this iconic structure – attributed to a modernist movement that once disavowed history – is now threatened with a similar sort of amnesiac gesture.  We’ll examine its fate in two parts, today and tomorrow.

It’s not the best of Louisville’s older edifices, not by a long shot.

That distinction would go to Mies van der Rohe’s American Life Insurance building downtown, or Harry Weese’s transformation of the Old Bank of Louisville into Actors Theater across Main Street, or the Palladio-inspired Spring Station residence on Trinity Road, attributed to Thomas Jefferson during the late 18th century.

But the Hogan’s Fountain Tee Pee Pavilion in Cherokee Park – a landmark situated in one of the city’s four major green spaces envisioned by Frederick Law Olmsted and his firm – certainly has its loyal base of supporters.  Since it was designed and built in 1964-65 by modernist E. J. Schickli Jr., the laminated plywood and shingle-roofed building has been a non-stop mecca for weddings, reunions and all manner of social events.

After a 1974 tornado ripped through the park and destroyed 80 percent of its hardwoods, the Tee Pee stood tall, a defiant symbol among all the devastation.  Over the years, its popularity has only grown: it’s booked solid even today, earning the Louisville Metro Parks system that owns it about $18,000 annually.

Alas, its popularity, along with the nearby playground, basketball court, restrooms and other activities clustered around it, may prove its downfall.

“It’s been loved to death,” says Liz DeHart, director of marketing and communications with the non-profit Olmsted Conservancy in Louisville.  “It’s destroying the park – there’s erosion all the way up the road leading to it, and then people park right up to it.”

Her organization commissioned two master plans for the park and the pavilion, in 1994 and 2010.  They seek to mitigate the environmental damage by spreading out activities concentrated near the Tee Pee – to create two pavilions over a larger area, rather than focus everything near the pavilion at a major entrance.

“It’s a quandary,” she says.  “There’s a lot of emotion because it’s been there more than 40 years, and it’s a memorable building because of its shape.  But the pavilion itself looks pretty sad – and not just the pavilion, but the land around it.”

Financially, the Metro Parks system is underfunded and unlikely to do much.  The city spends just $34 per resident on its parks, while the average for the 100 most populous cities in the U.S. is $56.

The conservancy’s master plans call for the pavilion to be taken down.

A vocal group of Tee Pee supporters, though, has other ideas.  And over the past year or so, its members have put their money where their mouths are.

For more on the Olmsted Parks Conservancy, go to http://www.olmstedparks.org/

For more on the Hogan’s Fountain Tee Pee Pavilion in Cherokee Park, go to http://www.savehogansfountain.com/history.html 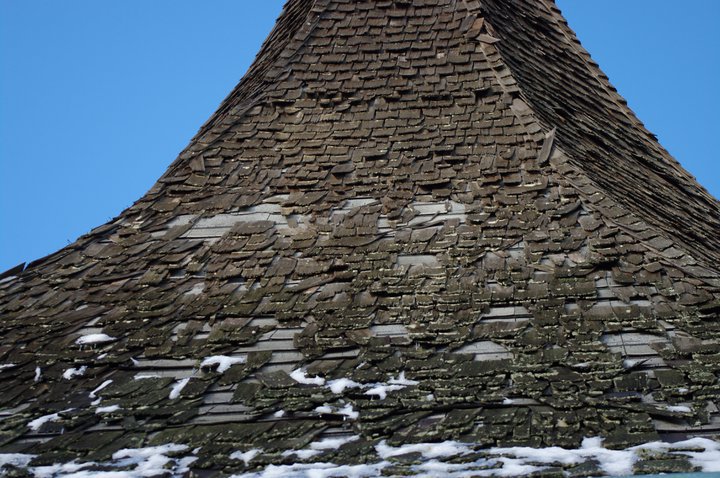 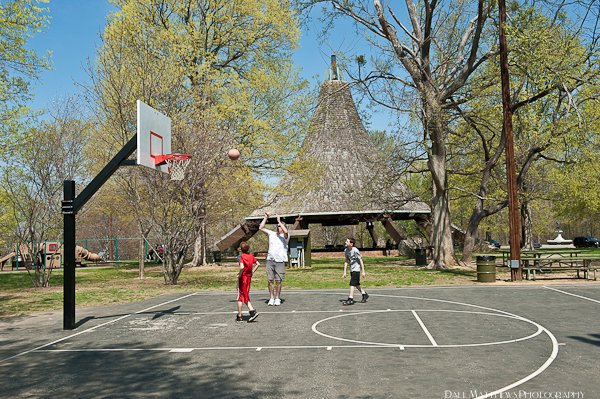 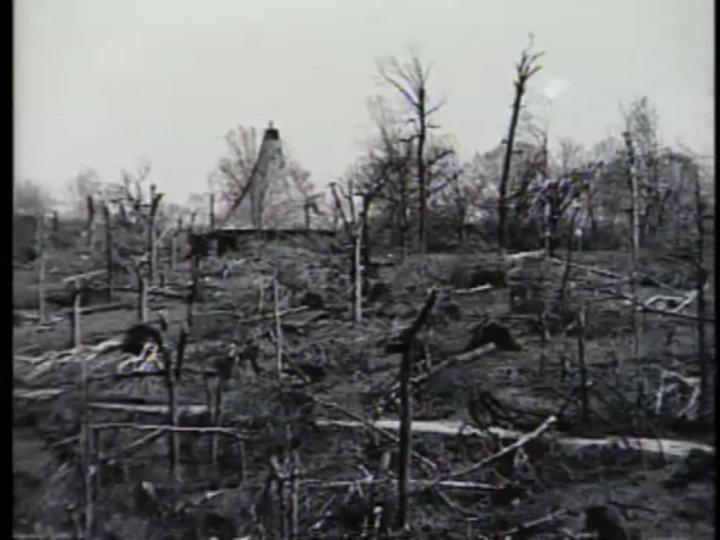 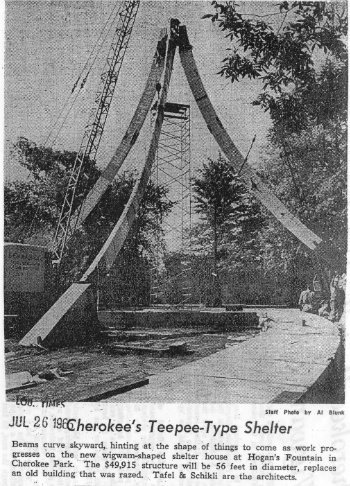 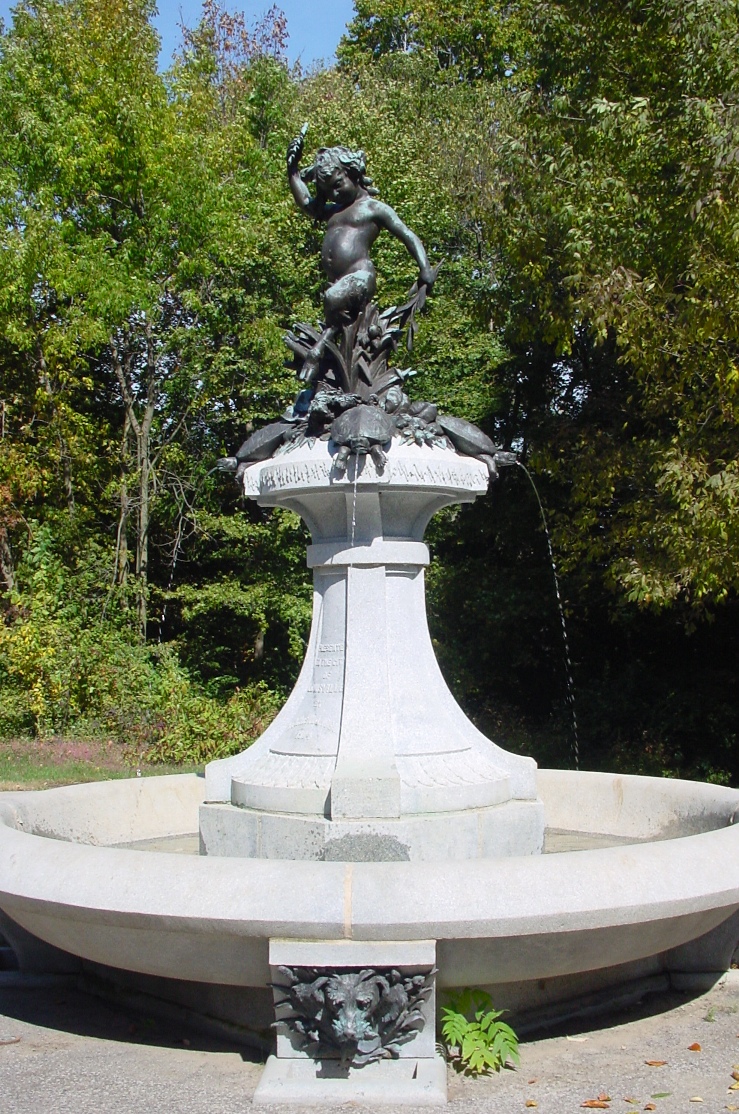 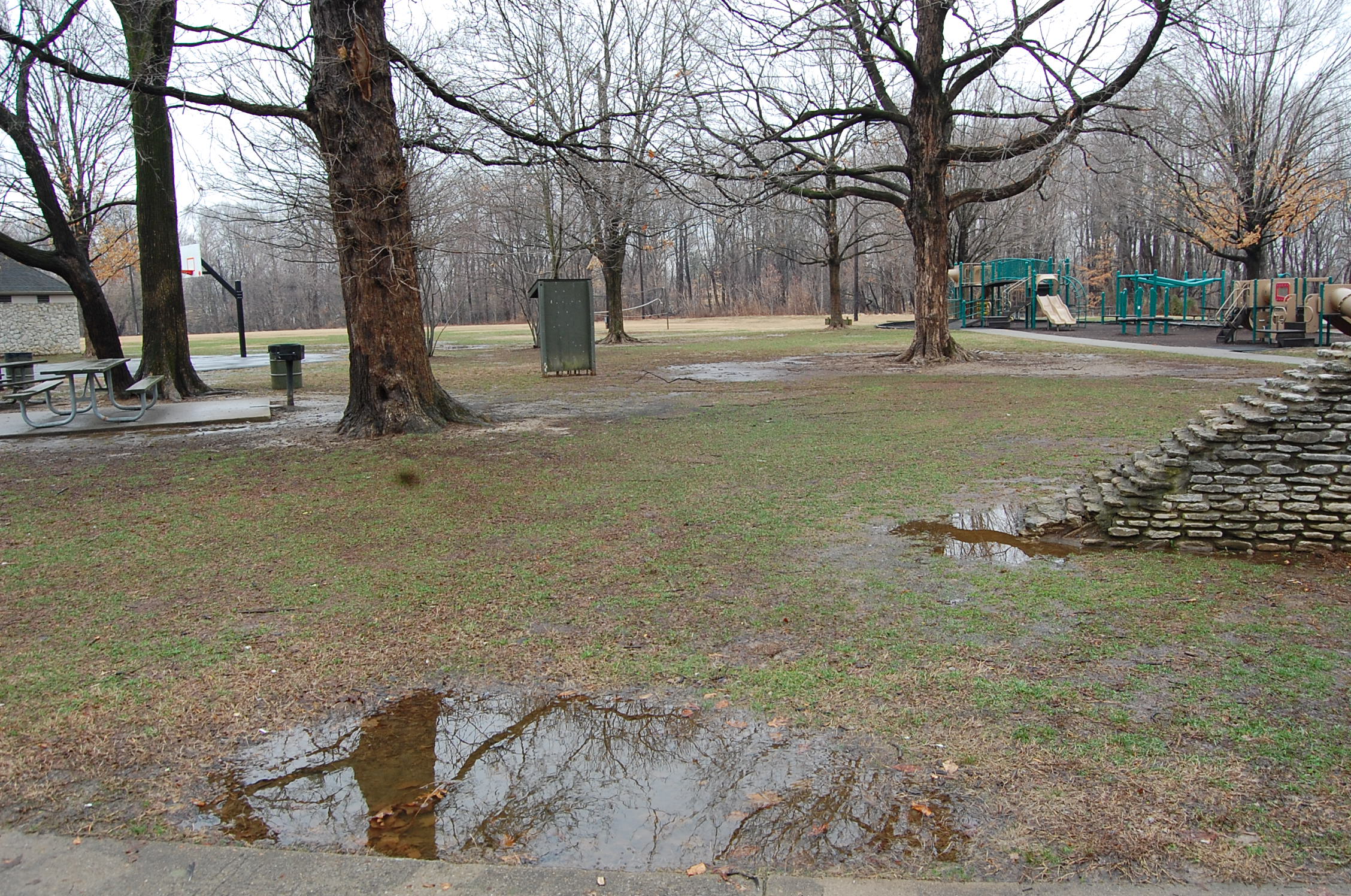 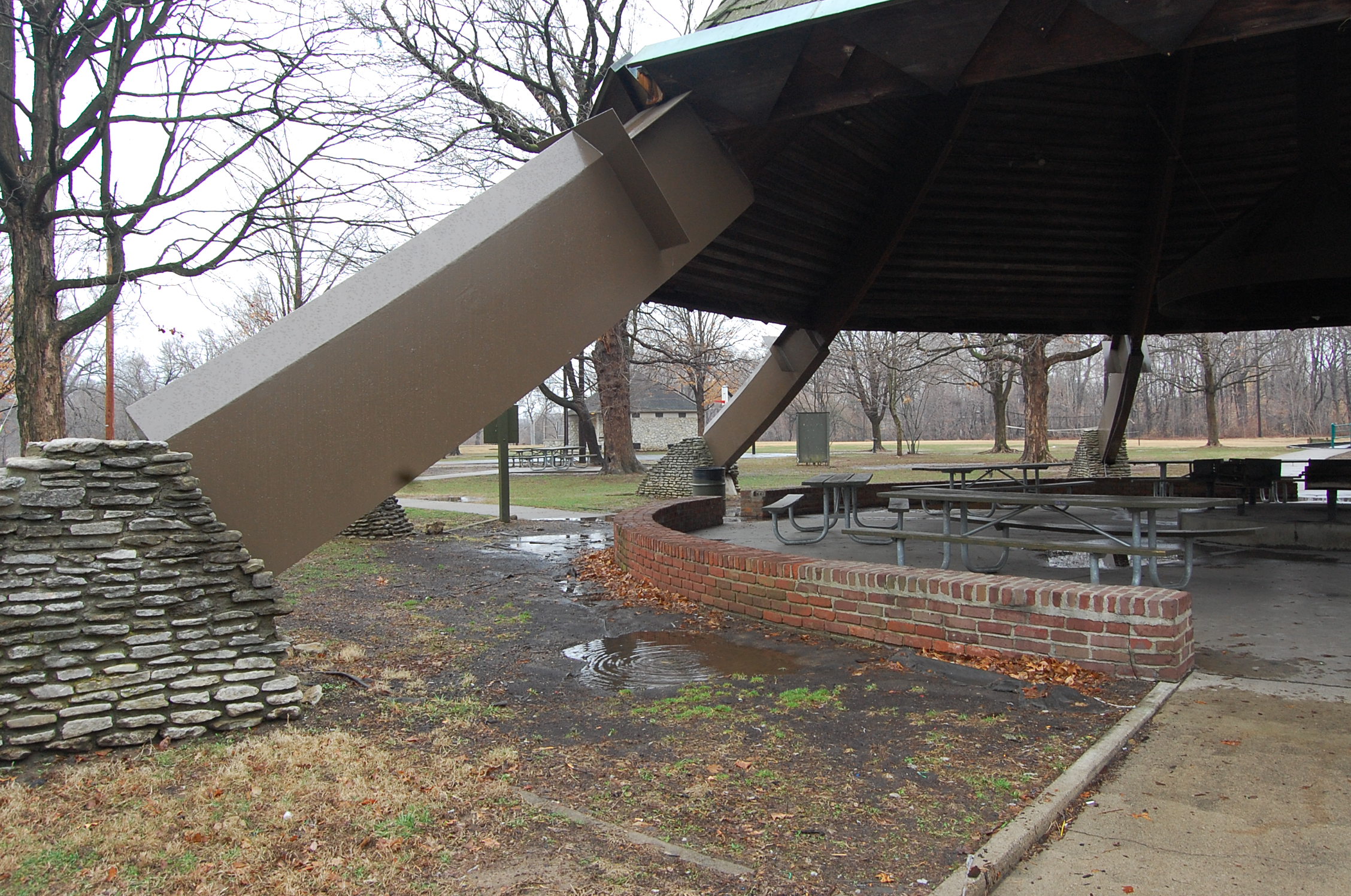 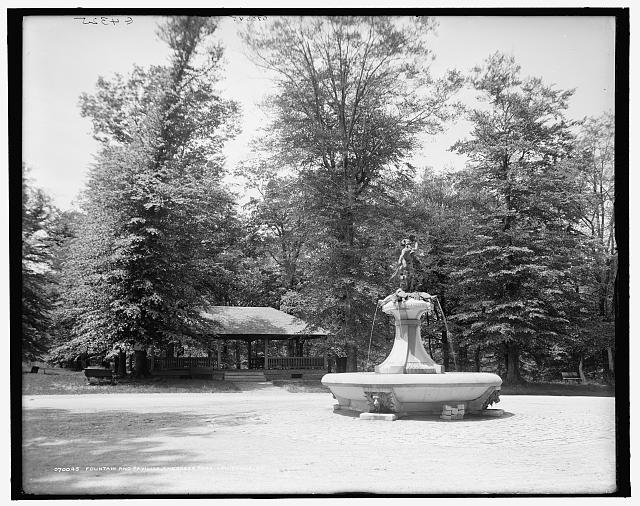 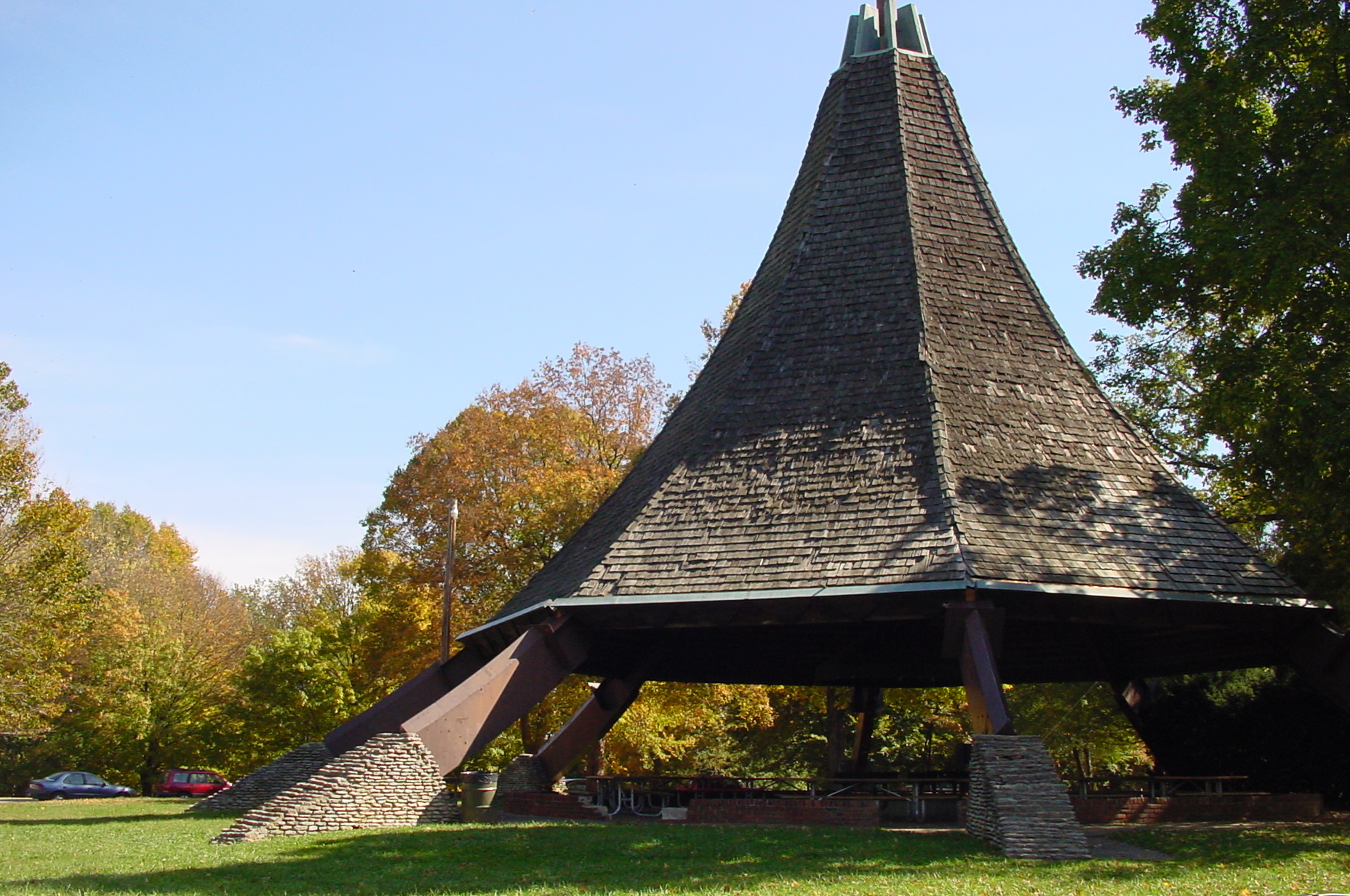 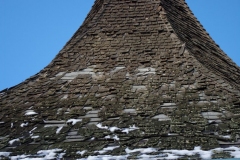 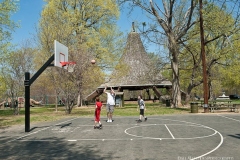 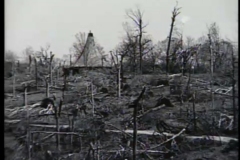 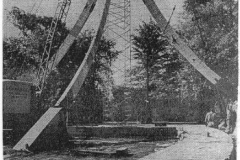 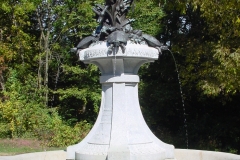 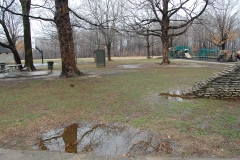 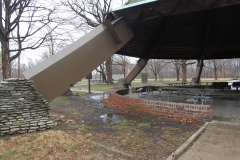 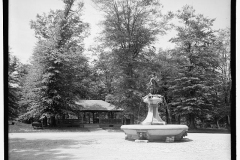 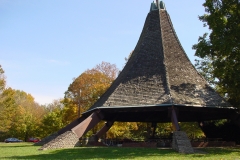 Welcome to the New Wild West

A Modernist Icon in an Olmsted Park

So let me get this straight, the Olmsted conservancy wants to tear this thing down because the grass is worn away around it. What a bunch of BS. People obviously love it. Most don’t even know who Olmsted is nor do they care. (they shouldn’t…)They just want a place to relive old and make new memories.

For crying out loud, hire a roofer and mason and tidy up the damn thing. It would cost less than its demolition.

Oh, and throw around some grass (blue) seed every spring.

Too easy, I know.

Welcome to the New Wild West

A startling set of numbers drives this project: It’s nestled in a small western town with only 9,000 residents who live...