Light and Transparency in Athens

“You walk over the excavations and look through a glass floor to see them,” said Joel Rutten, project architect. “It’s one-inch thick tempered safety glass. You can look through it, and it allows light in.”

On top of it all is a rectangular glass box of a gallery that contains the Parthenon’s pediments, caryatids and frieze, all displayed among concrete support columns. “The walls are the same dimension as the cella of the Parthenon,” Joel said. “We wanted to exhibit it in the same rectangular wall that was the same size as the Parthenon. It has exactly the same light.”

The architects used concrete for interior walls as well as columns. “We wanted the best, and a very fine finish on it,” he said. “The color was chosen with care – it’s a cool, very light gray. The concrete on the columns and walls absorbs light, while the marble of the sculptures reflects it.”

The entire structure rests on an earthquake-resistant suspension system that separates the building from the ground. “It’s kind of like two big rubber bands, one that’s concave and the other convex,” Joel said. “It’s two pieces of metal with a layer of Teflon. It the earth is moving, the building moves less.”

Luckily, there’s been no need to test that system yet. But certainly, the building has passed the test of accommodating its fans – with flying colors. “It had one million visitors in its first four months,” the architect said. “It’s seen more than two million in its first year.” 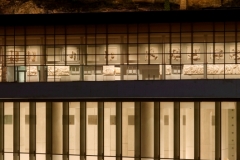 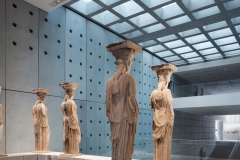 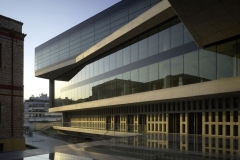 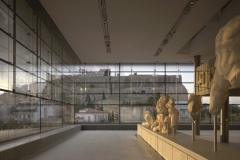 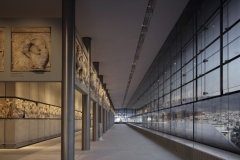 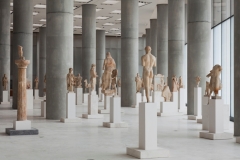 Playing It Safe at the Foot of the Tetons

Tweets that mention Light and Transparency in Athens | Architects and Artisans -- Topsy.com

[…] This post was mentioned on Twitter by JoAnn Locktov. JoAnn Locktov said: RT @mikewelton: Light and Transparency in Athens : http://tinyurl.com/26n6fc2 […]