Today’s post on the late Ruy Ohtake is by Paul Clemence, an award-winning photographer and artist exploring the cross-sections of design, art, and architecture. He exhibits on the international fine arts circuit, from classic black-and-white prints to cutting-edge, large-scale photographic urban installations in events like Fuori Salone in Milan, ArtBasel/DesignMiami, and the Venice Architecture Biennale. A published author, his volume, “Mies van der Rohe’s FARNSWORTH HOUSE,” is considered one of the most complete photo-documentations of that iconic modern residential design. A selection of these photos is part of the Mies van der Rohe Archives housed by MoMA. Clemence is widely published in Metropolis, ArchDaily, Architizer, Casa Vogue Brasil and A+A. Architecture Photography, his Facebook blog, has quickly became a photography and architecture community, with over 800,000 followers worldwide. An architect by training, Clemence is originally from Rio de Janeiro and now lives and works in Brooklyn, New York.

“Color is LIFE!”, architect Ruy Ohtake used to say with genuine gusto. Sadly, that statement is now a bit faded, with Othake’s passing on November 27 after a long battle with cancer.

Ohtake was one of Brazil’s most prolific architects, having designed buildings across the country for close to six decades. He created more than 420 built projects (close to three hundred of them in the city of São Paulo alone) – an architectural feat to be celebrated anywhere, but even more so in a country plagued with constant political and financial turmoil. He designed cultural institutions, residential and office towers, hotels, banks, transportation hubs, an aquarium, sports arenas, houses, and even an elevated mass-transit expressway (with guard rails painted canary yellow). In São Paulo, a megalopolis of intense architectural cacophony, there’s no doubt he left his mark.

He was the son of the renowned Japanese-Brazilian artist Tomie Ohtake, and though he was a celebrity and enormously beloved in Brazil, he never achieved the same level of recognition abroad, having focused his career in his home country. Beyond São Paulo, his projects can be found throughout Brazil, from Brasília, to Mato Grosso do Sul, and Rio de Janeiro.

I met Ohtake for the first time in São Paulo in 2011, when I attended curator Beto Cocenza’s design conference, Boomspdesign. Cocenza had organized a meeting for us at the rooftop of the Ohtake-designed Hotel Unique, one of his most high-profile projects in that city. I brought a copy of my book on Mies van der Rohe’s Farnsworth House and handed it to him, imagining the customary polite words in return, then a brief look at some pages, and onward the repartee would go. But instead, he slowly went through every page of the book, attentively perusing each photo and commenting on every detail of both the house and the photographs. I felt an immediate creative connection – he understood my work on a deeper level, and we spoke the same language!

It was then his time for show-and-tell, as he proceeded to take me on a private tour of the hotel. He was already in his seventies, and the hotel had been open for a few years, but the passionate, enthusiastic way he described the project, highlighting and explaining some of the details he was most proud of, was more like a recent graduate showing off his just-completed, debut project. It was an unforgettable evening, one for which I will always be grateful to Cocenza.

We kept in touch and collaborated, and I profiled his work in some publications, exhibited some of my photos of his work, wrote a chapter for his last monograph – and in 2016, that striking red pool above the Hotel Unique (a few meters away from where we first met) became the theme of my Venice Architecture Biennale installation. It was a whole room dedicated to the poetic inspiration of that bold design statement, that vermilion pool! The installation was accompanied by a parallel exhibit at the Laufen headquarters, part of a talk series where Ohtake was the keynote speaker.

The last time I saw him was in 2018, in São Paulo. We dined as he talked of new projects, a possible joint book project, and recounted going on exploratory trips to the Amazon with Roberto Burle Marx. It was yet another unforgettable evening.

Beyond his talent and his oeuvre, I will remember and forever be inspired by how Ohtake carried himself. When he spoke, there were no sound bites, no statement-like verbiage, and no public-relations talk. It was just an architect speaking genuinely with the self-assurance that comes from hard work and a job well done. That’s probably why people were always so at ease to speak with and approach him, whether at rarefied cultural settings, or walking the streets of the Heliopolis favela (with which he developed a productive collaboration for almost two decades and generated several built projects).

At his lectures, he often talked about the microsecond that it takes for our minds to absorb either a straight line or a curved one. With the straight line, he said, there’s no surprise – we can easily predict where it goes. But with the curve, he continued, our perception (and hearts) are further engaged: Will it turn this way or that, and where will it ultimately take us? I think our works bonded on that concept of this decisive-yet-brief microsecond perception, for whether a curve or straight line, my photography is about capturing those precious moment we connect with space, with the essence of the design.

Ruy Ohtake’s work is a multitude of those microseconds, forever taking us on a stimulating architectural journey. With his rich formal vocabulary, he designed bold buildings that defy established conventions of what is architecture, valuing the engaging, experiential aspect of beauty, and the connection with the user. “I am interested in creating shapes that can surprise people, that are daring”, he said.

Daring he was and thus, daring his legacy will be. 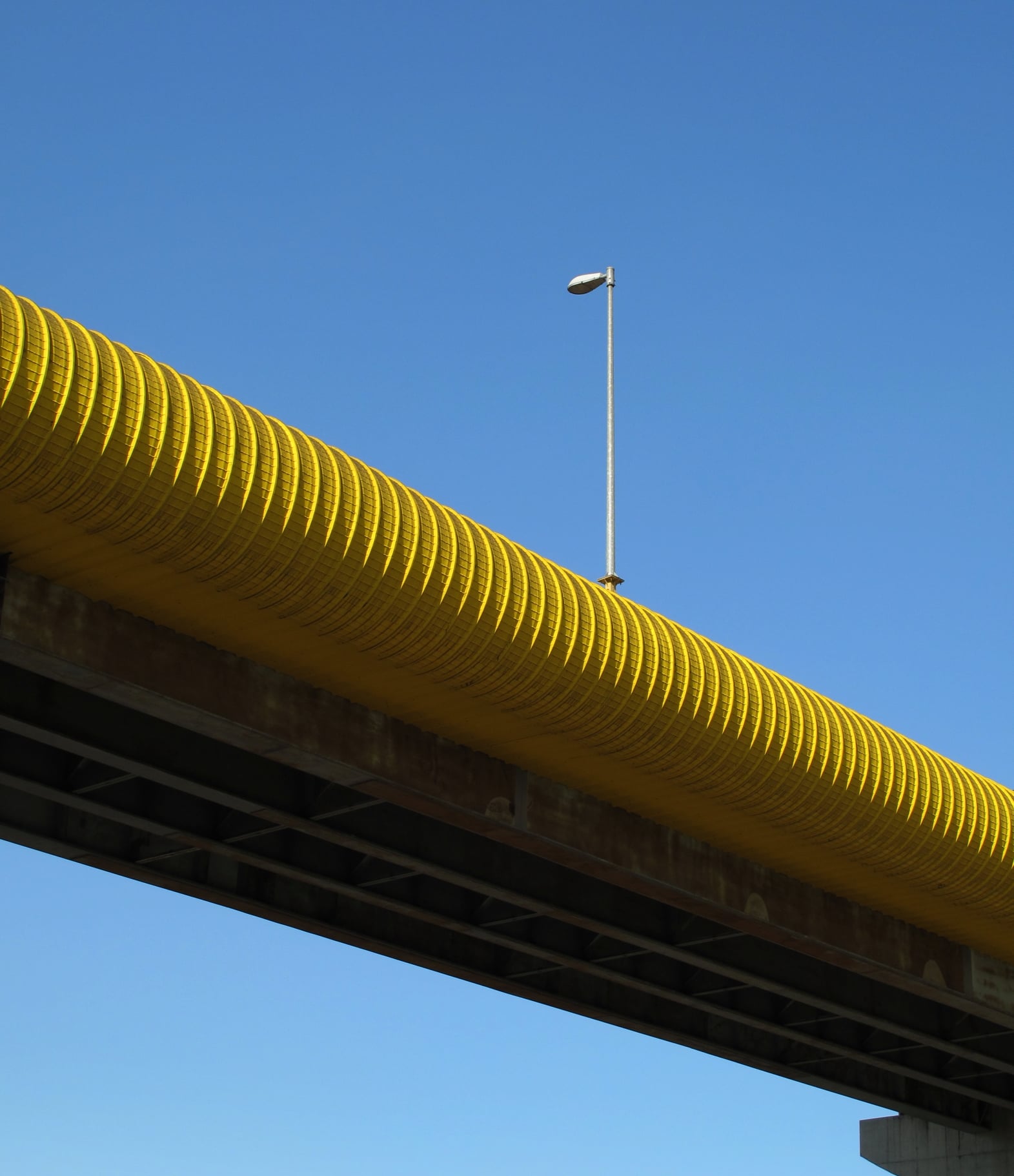 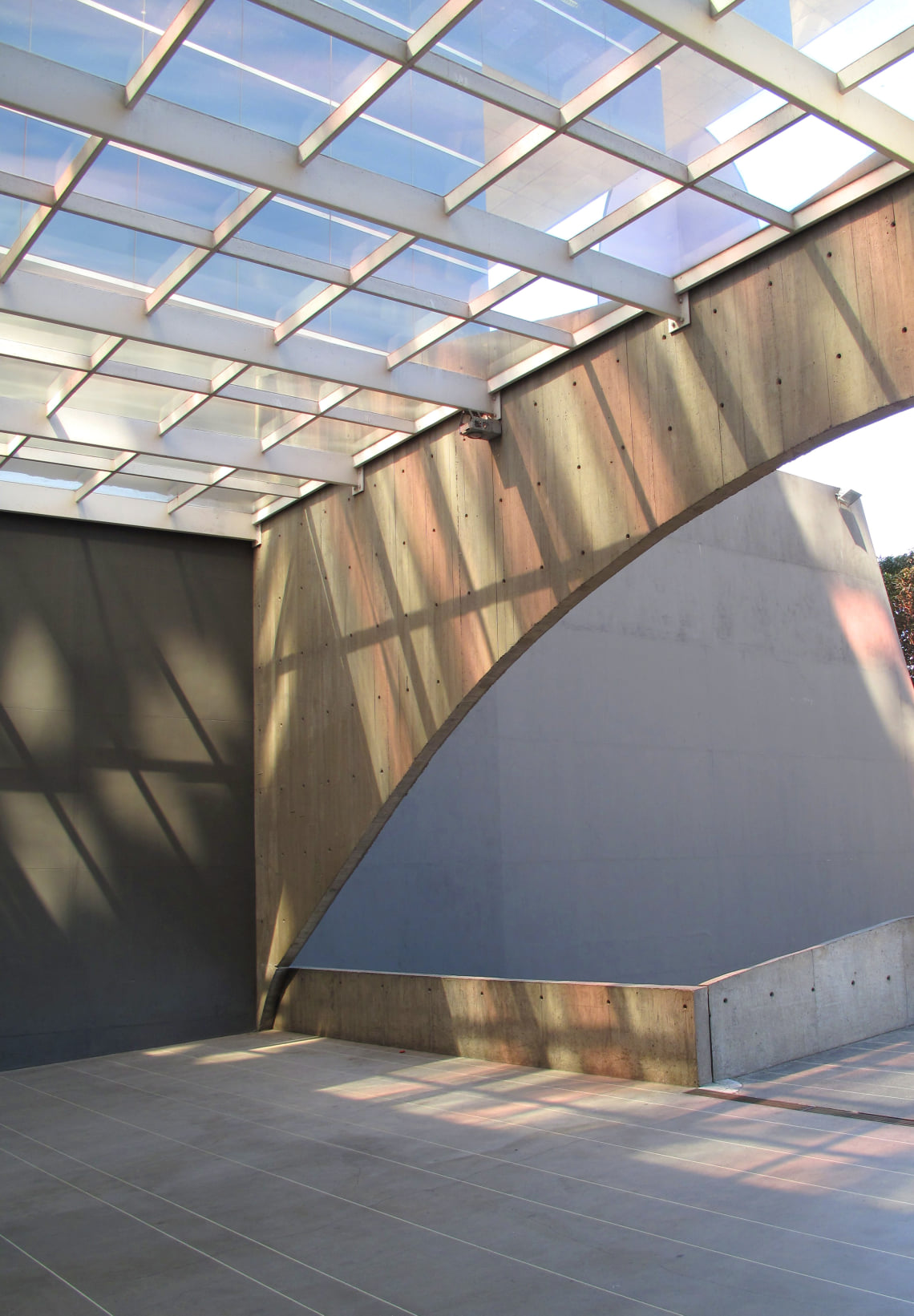 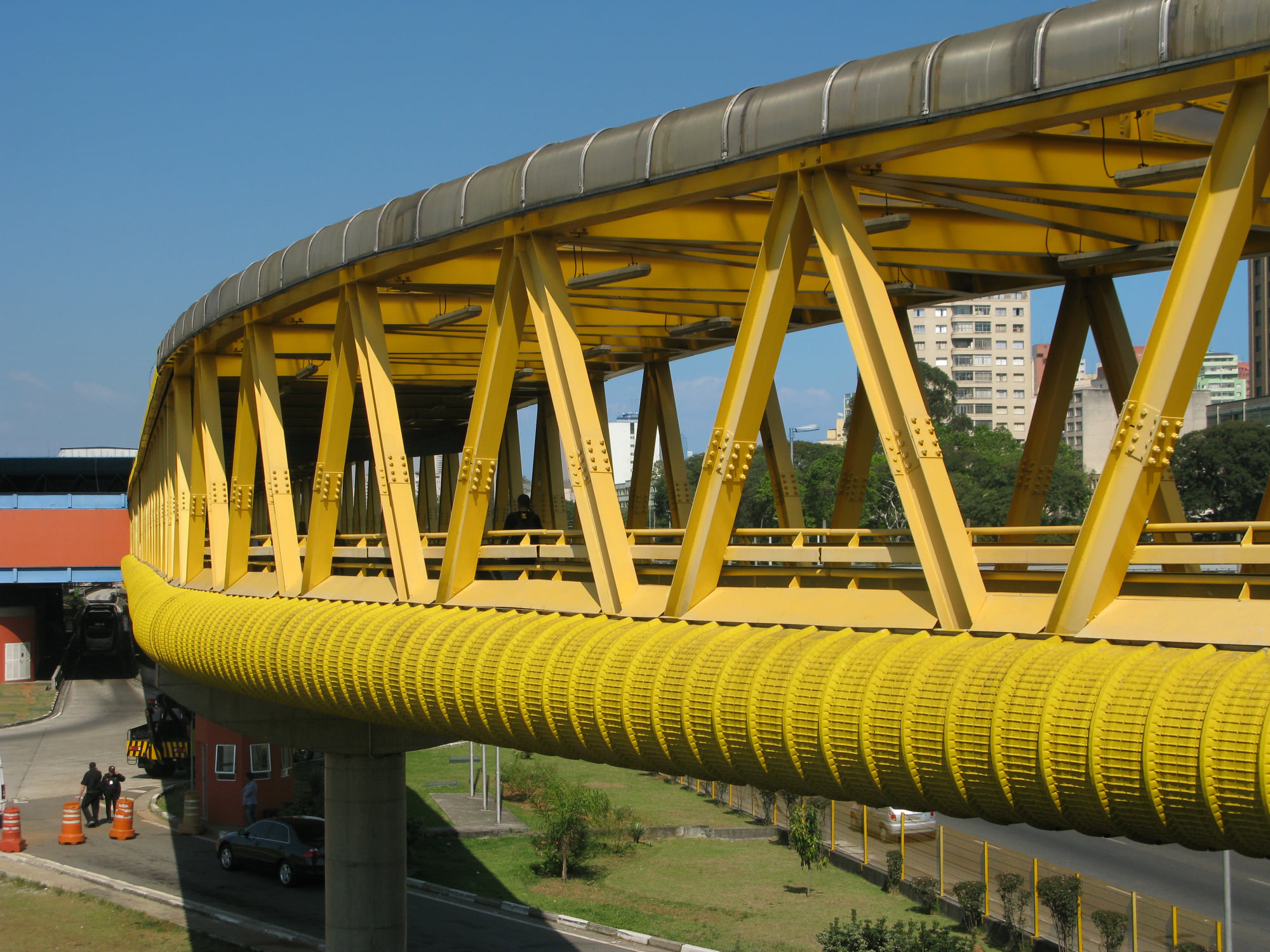 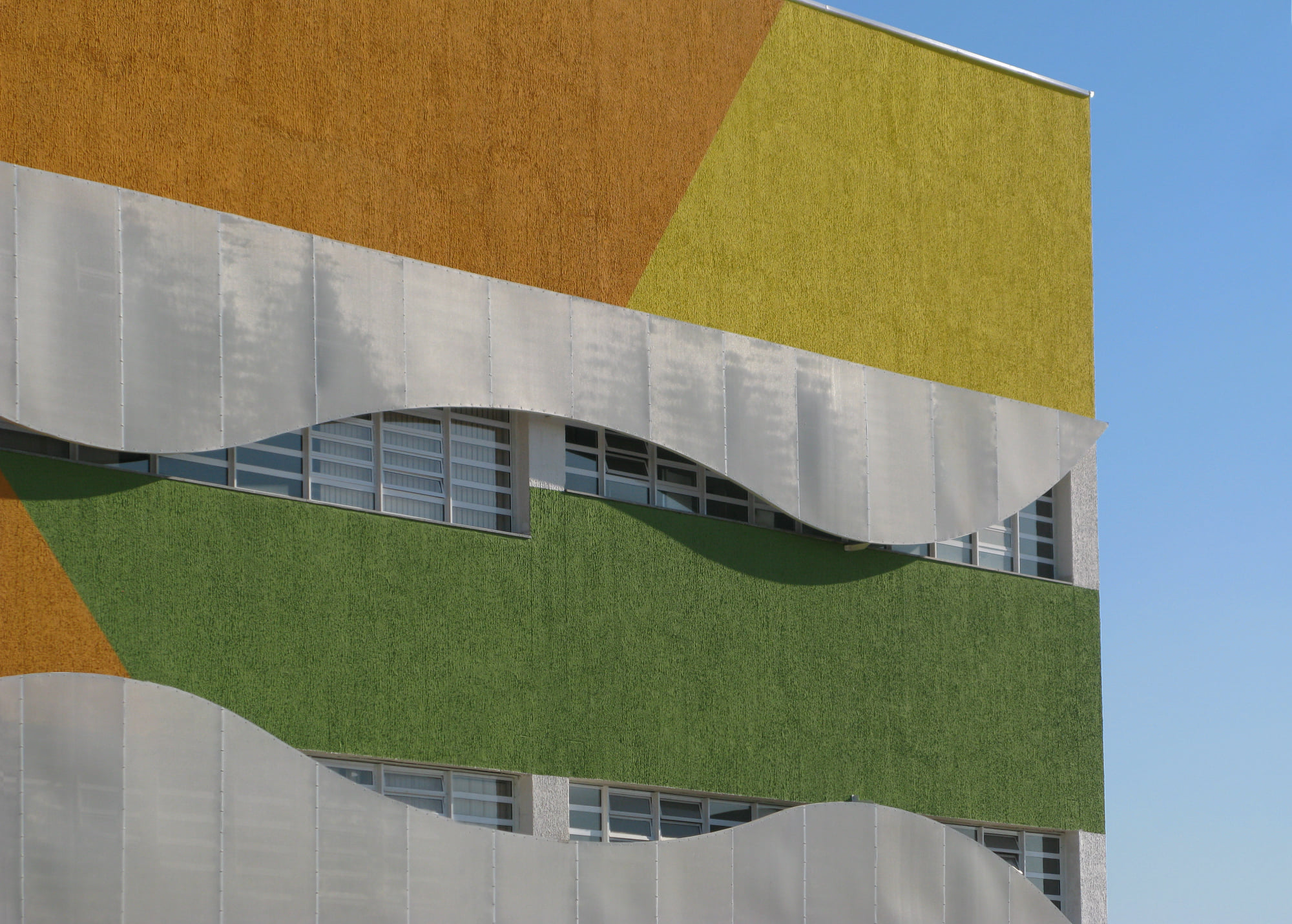 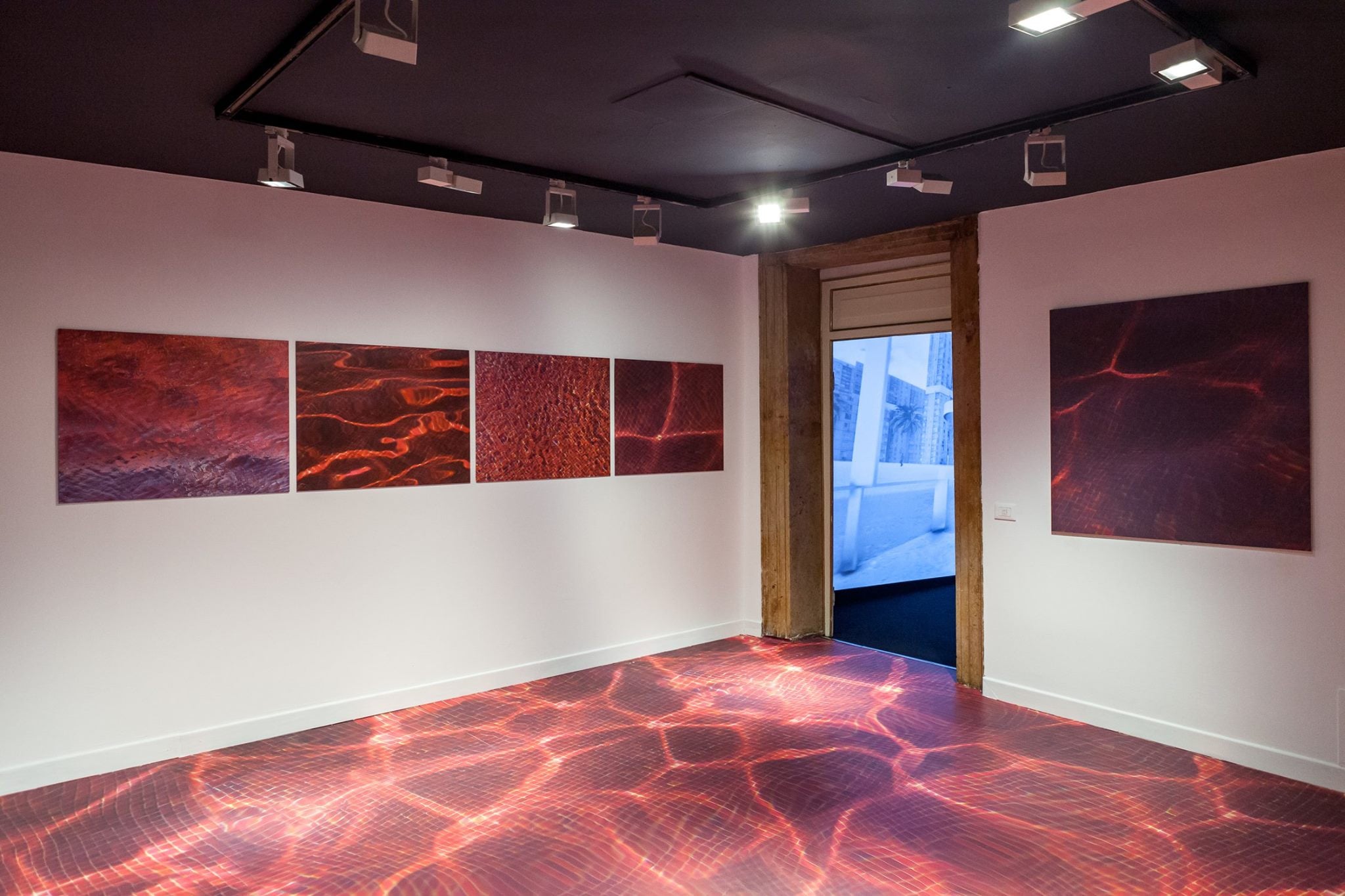 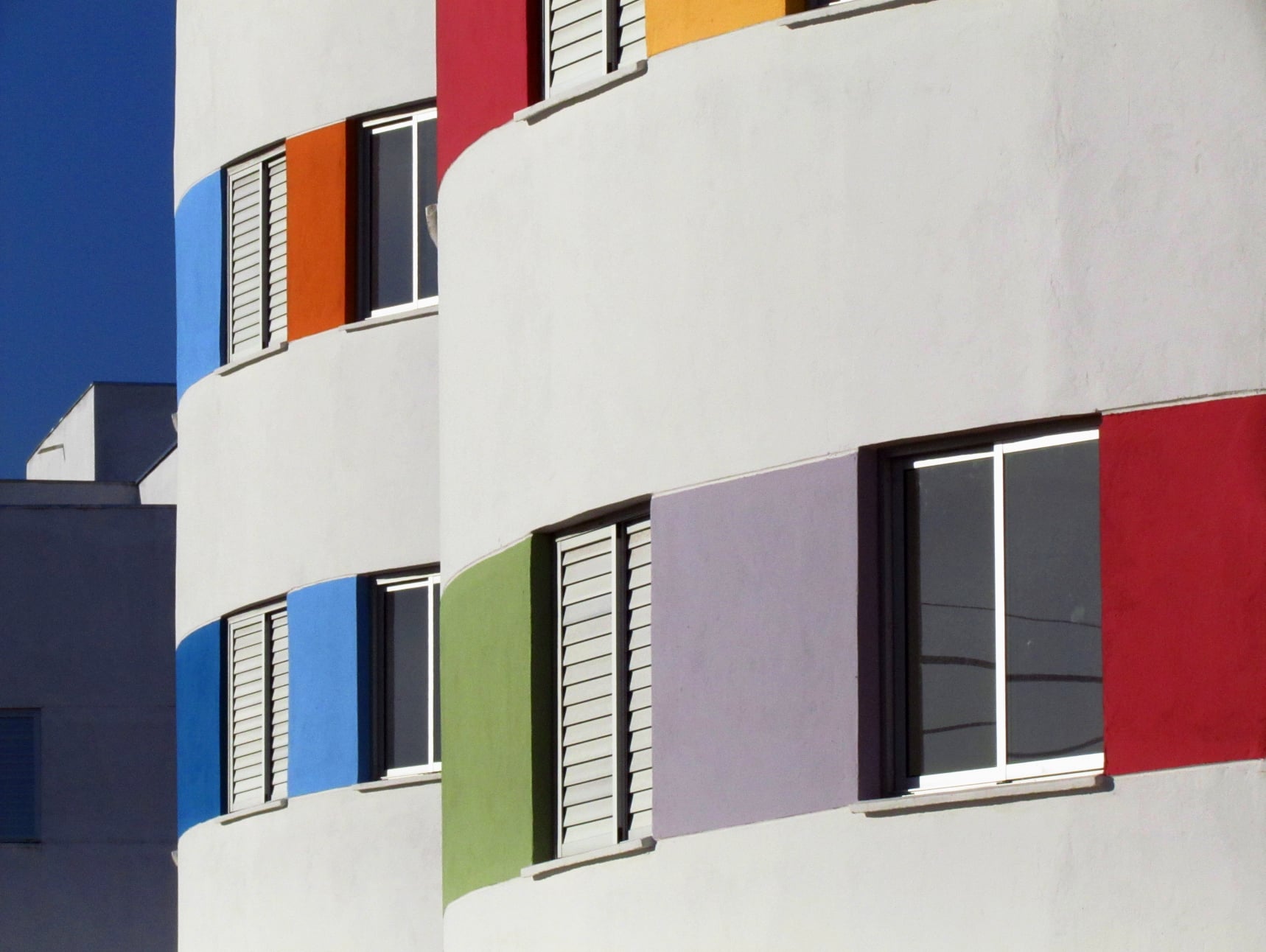 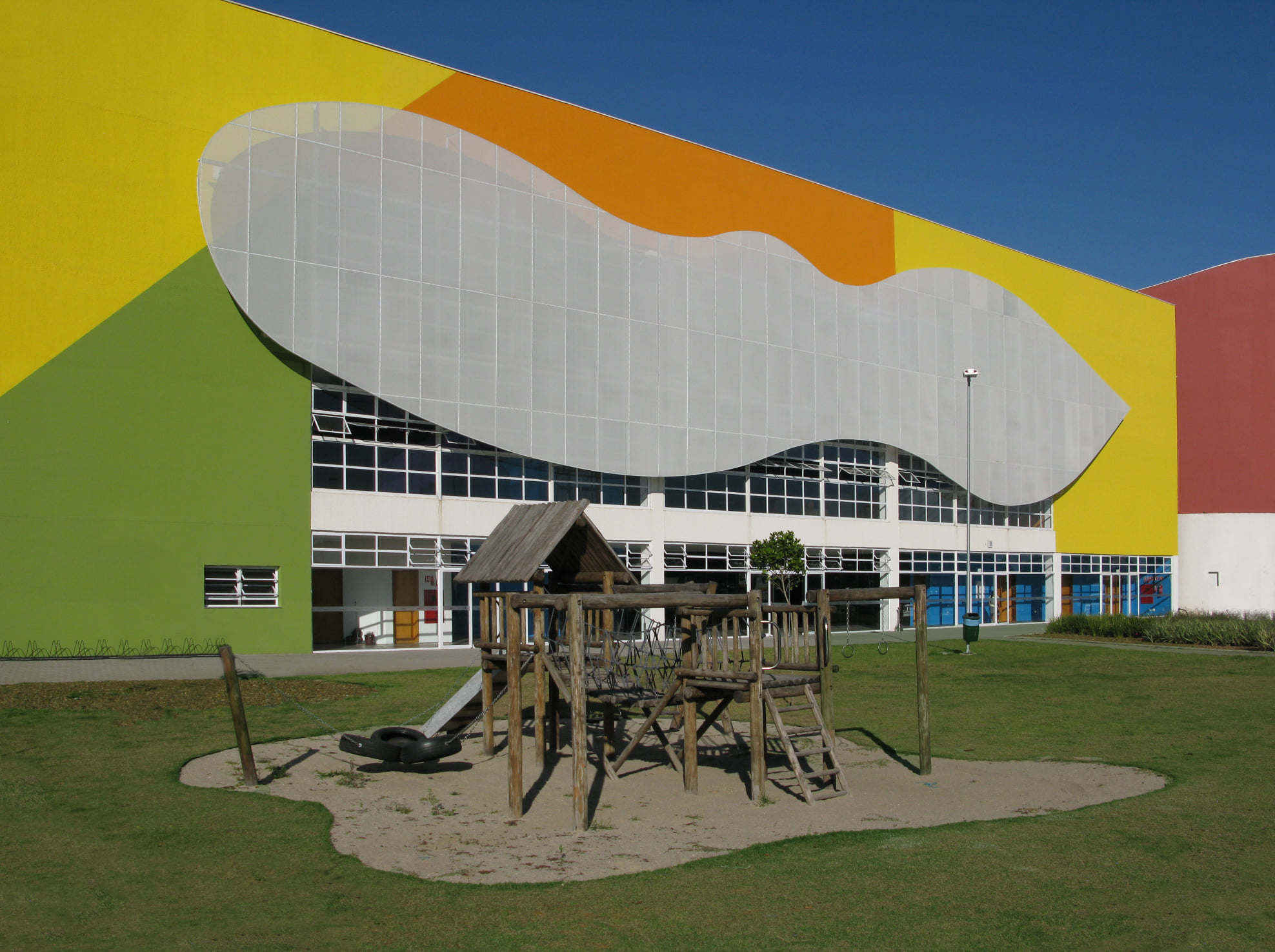 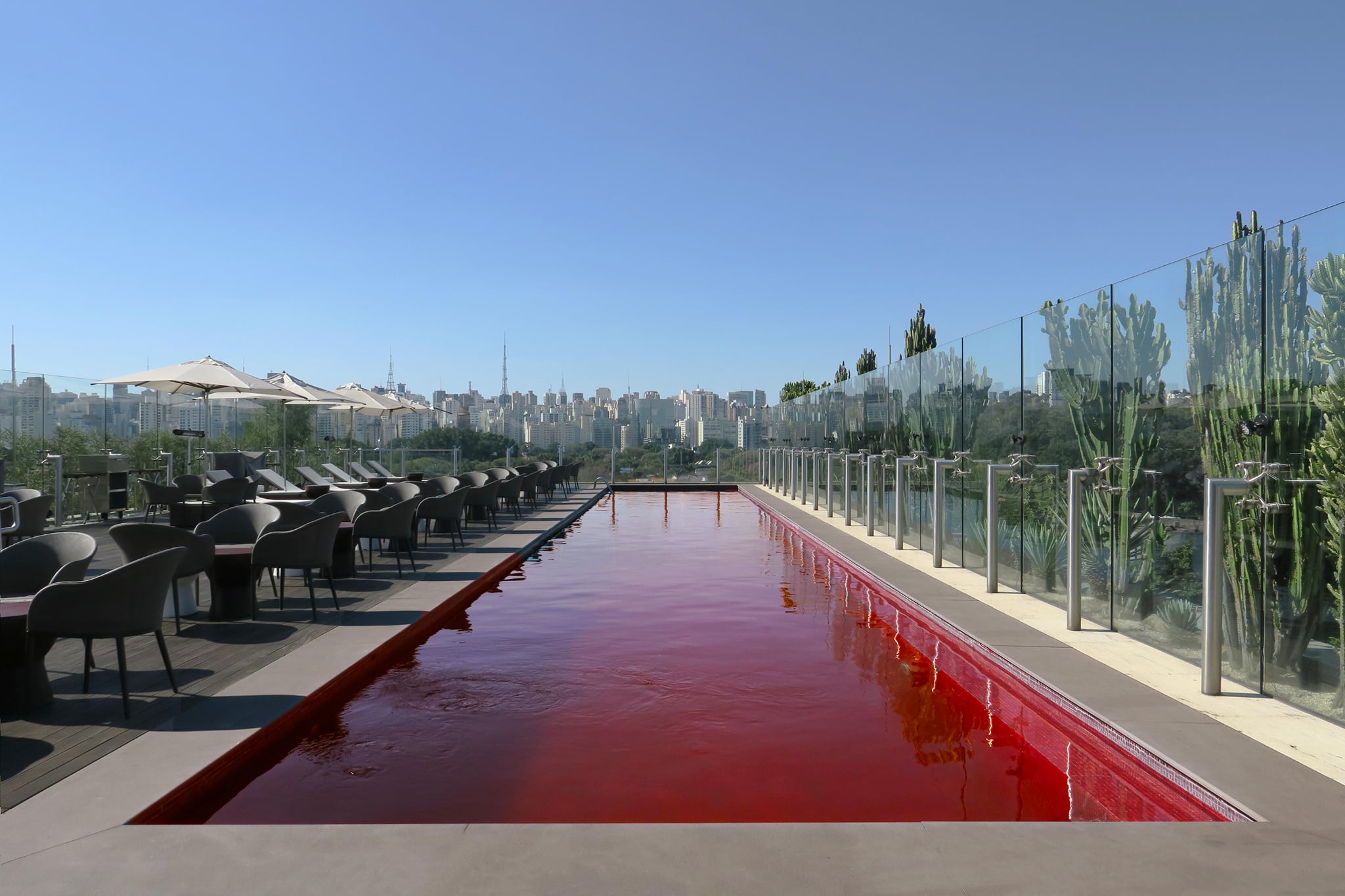 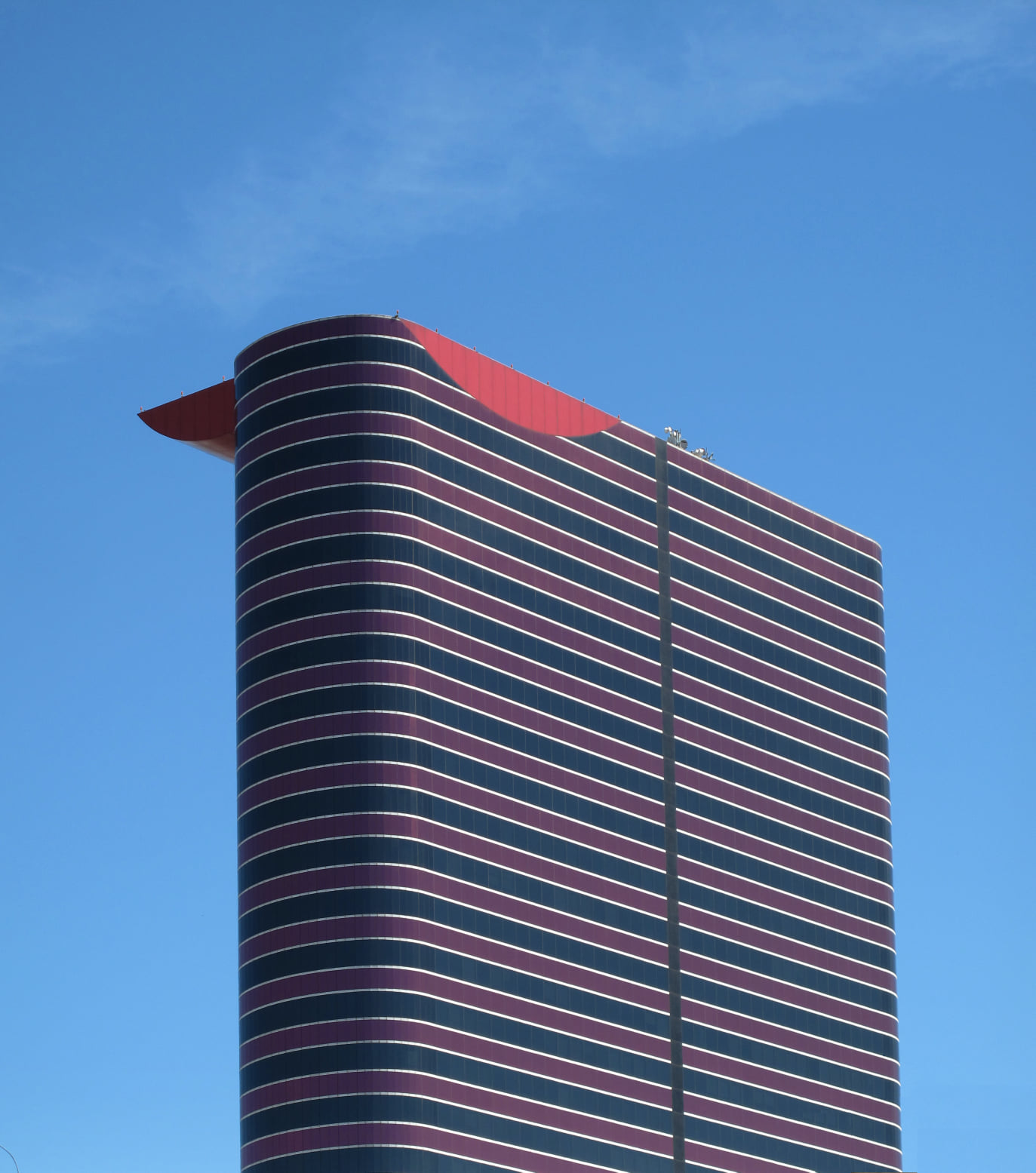 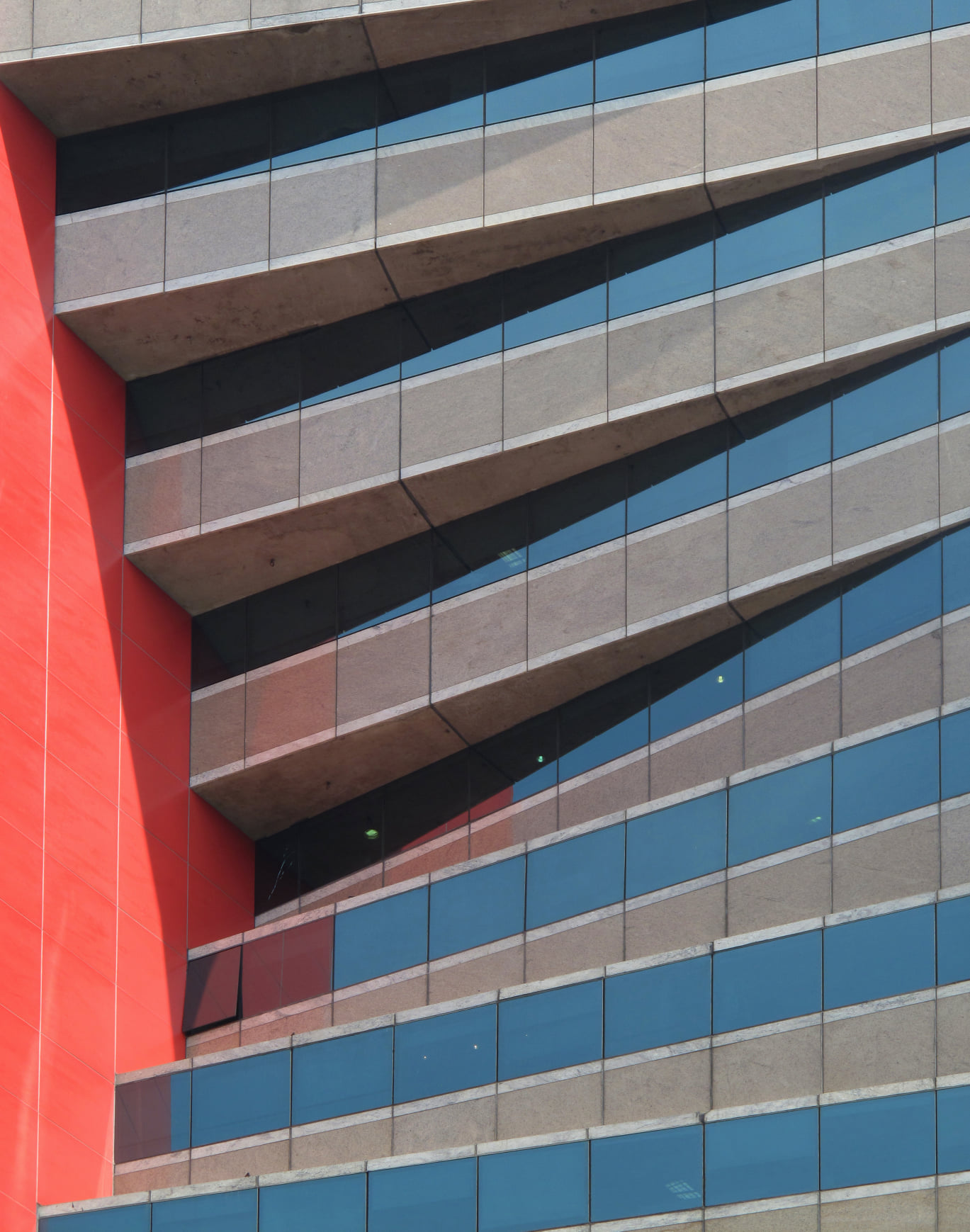 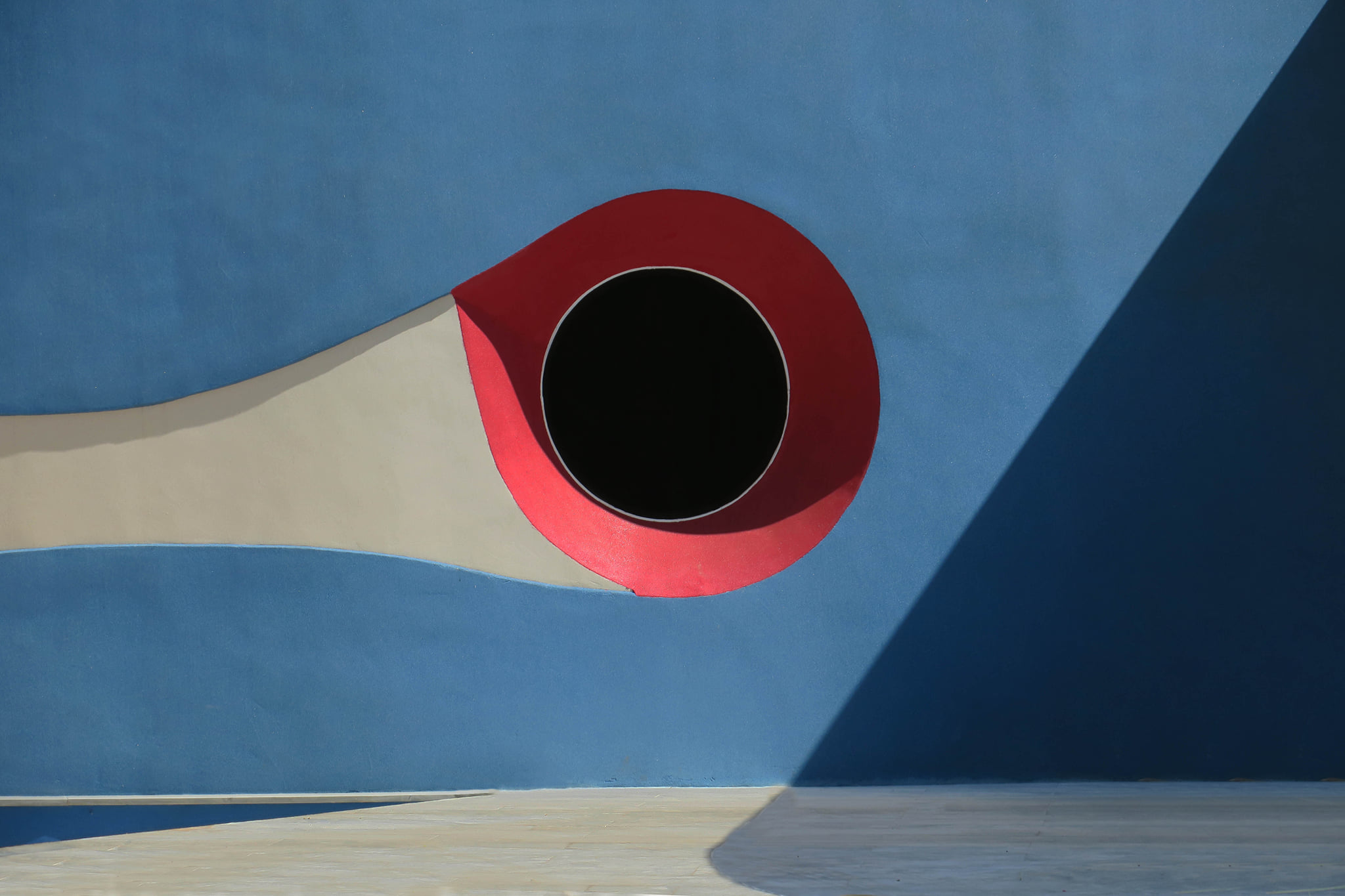 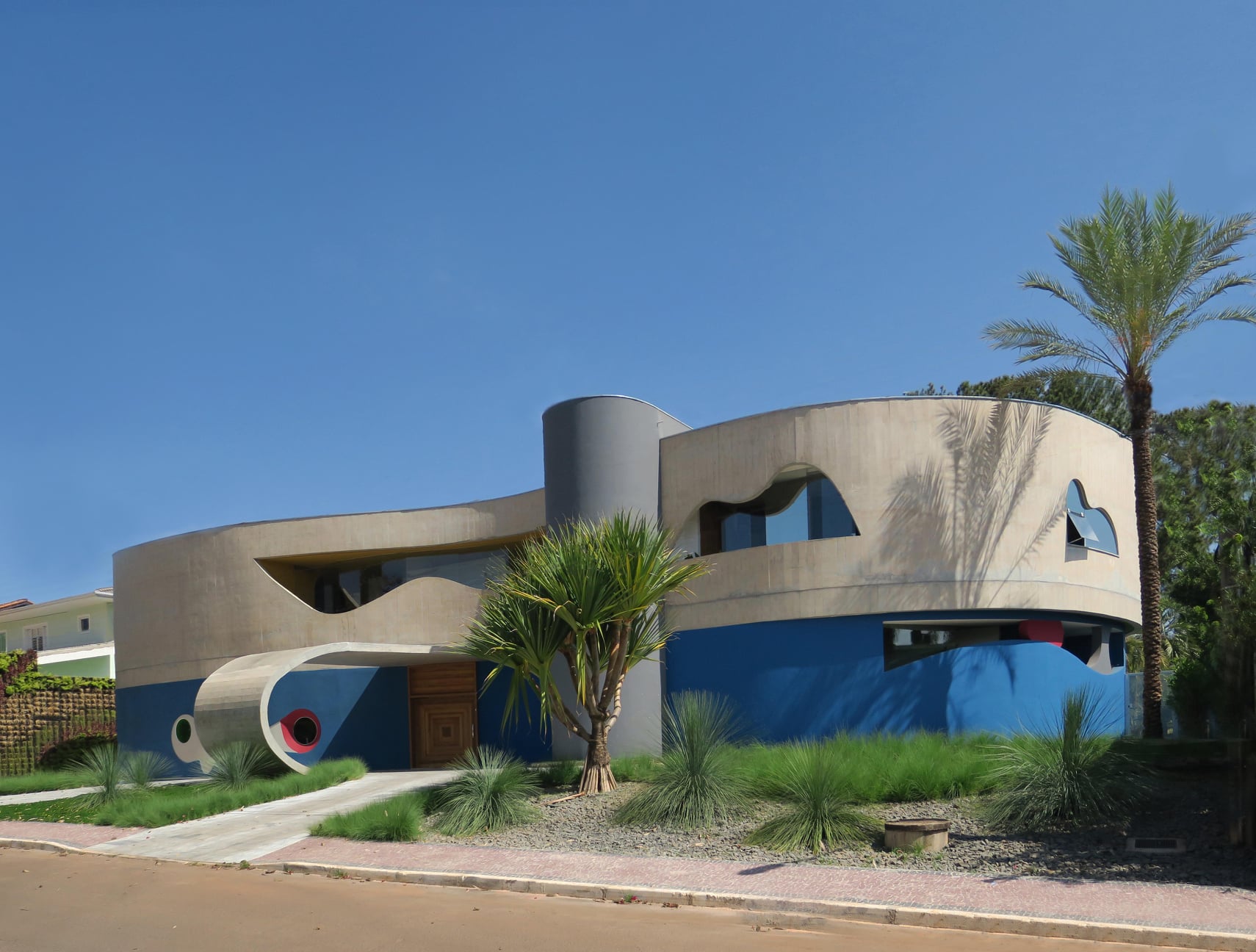 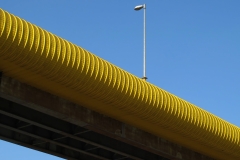 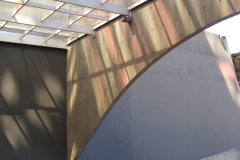 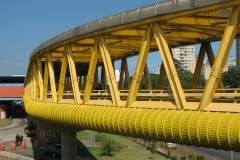 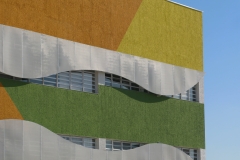 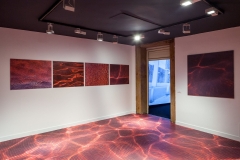 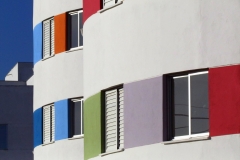 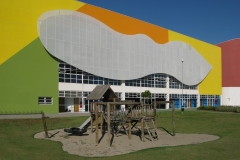 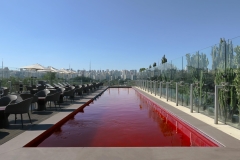 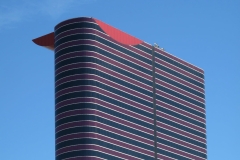 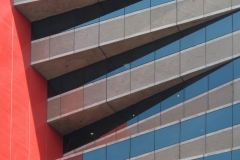 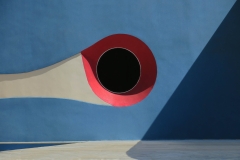 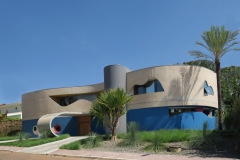 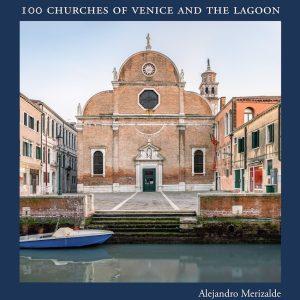 Sweaters, socks, and shirts might make fine holiday gifts for the proles on your shopping list, but the well-heeled sophisticates...