It’s a bold gesture on Park Avenue in Madison, N.J.:

To deliver urban space to a suburban environment, Kohn Pedersen Fox (KPF) demolished part of a 1970s call center and turned it into a lush promenade through a faux forest designed by Thomas Woltz of Nelson Byrd Woltz.

“The spaces allow you to embrace the outside and bring the garden into the building,” says KPF principal Hugh Trumbull.  “We took an 84,000 square-foot floor plate in a black box, cut out the center third, attached two side wings and inserted a series of gardens between the wings.”

The design pulls nature directly into the office environment, creating a state-of-the-art workspace that’s connected to its surroundings.  Where many suburban office buildings place parking at the rear, with false entrances at the front and mouse-hole entrances in the back, this one offers a new approach.

“The ‘H’ shape allows you to drive around the building, park, and enter through a courtyard, then climb the stairs to a lobby that’s also a garden and atrium space,” he says.

The signature installation of land art in the courtyard is a reference to the geological formations of the site and the broader context of Madison.

“It’s the landscape history of the site from the time of the glaciers – almost as if a glacier had pushed the dirt in a semi-circle,” he says.  “It rises at one end and tapers off to a large tail – it’s almost a pyramid extruded into comet form.”

An architectural promenade up a two-story stairway circumnavigates the entire atrium, wrapping around the space as it moves up, alongside the captured forest to the third floor.  It delivers views of the landscaped parking lot along the way, and ends up on the third floor, overlooking Park Avenue.

The ultimate goal was to try to make an urban setting with a suburban center where people can comingle with nature.

“The quality of any workspace is driven by the experience,” he says.  “It’s about a sense of light, place and community, rather than parking as close as you can to your desk.”

For the building’s tenants, there’s a practical side to it too.  Realogy is the parent company to a number of real estate firms including Century 21, Coldwell Bankers and Sotheby’s.  The new headquarters  building allows each brand its own space.

“They’re able to use the separate wings and floors to give identity to different brands,” he says.  “And there’s amenity space on the first floor.”

But it’s the promenade along the courtyards and the landscape that ties their experiences together.

For more information, go to www.kpf.com. 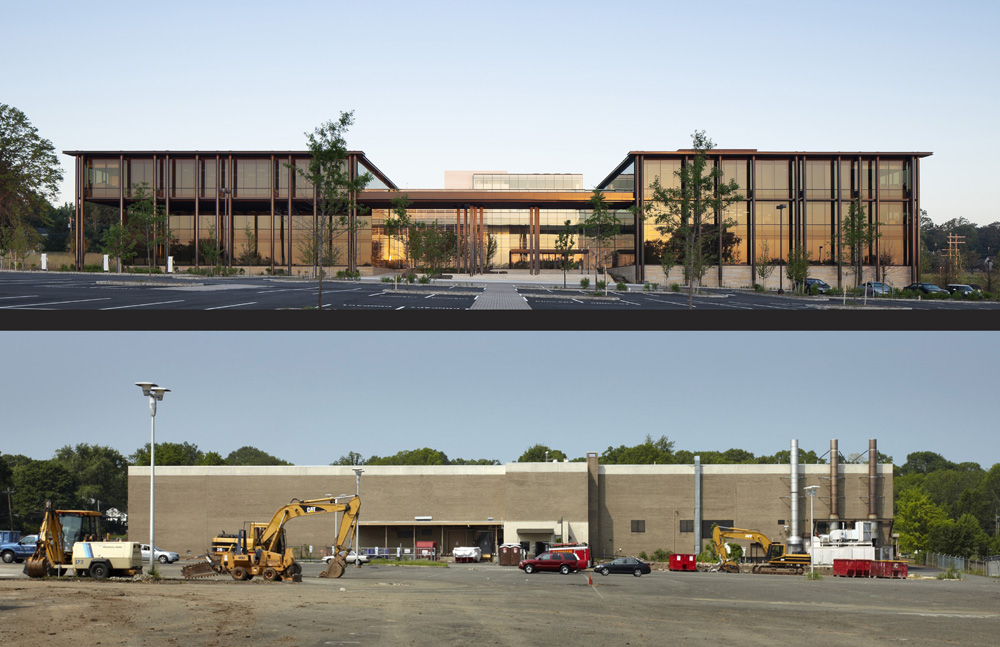 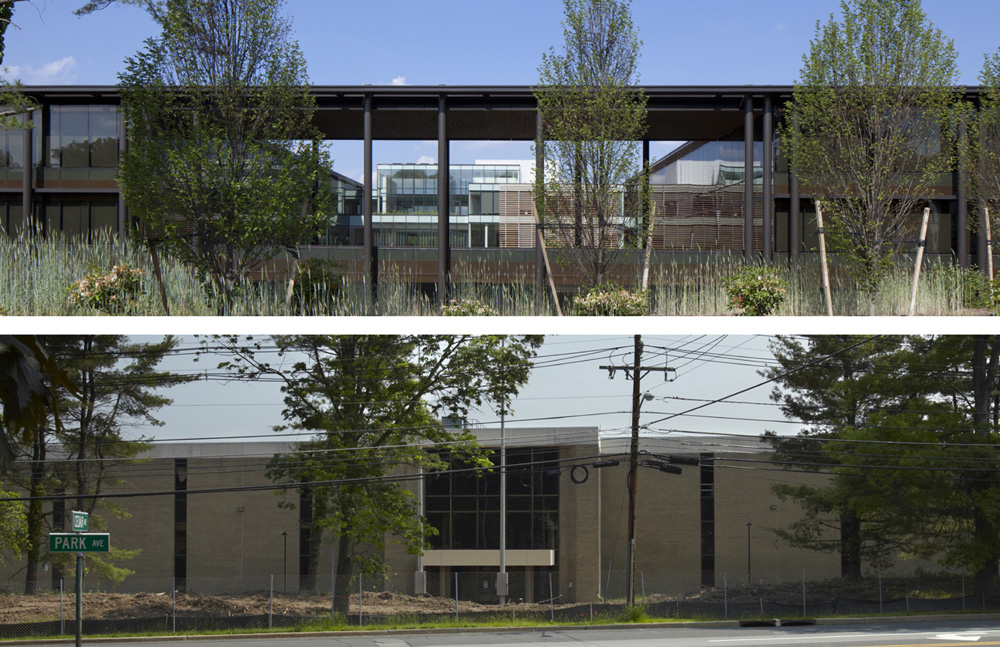 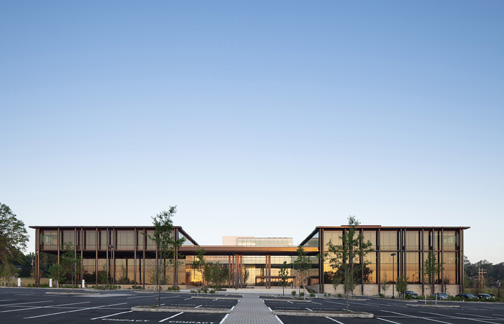 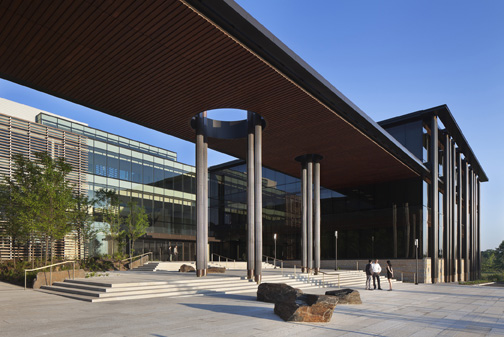 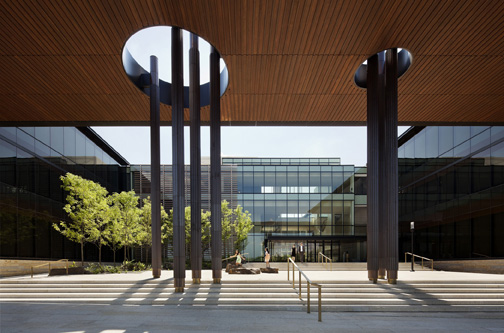 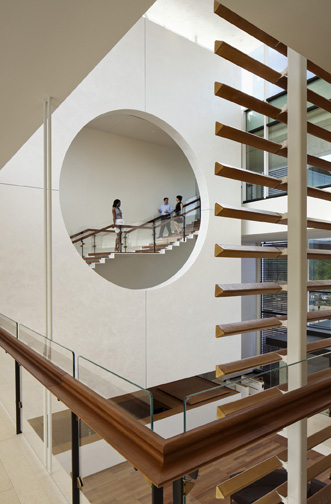 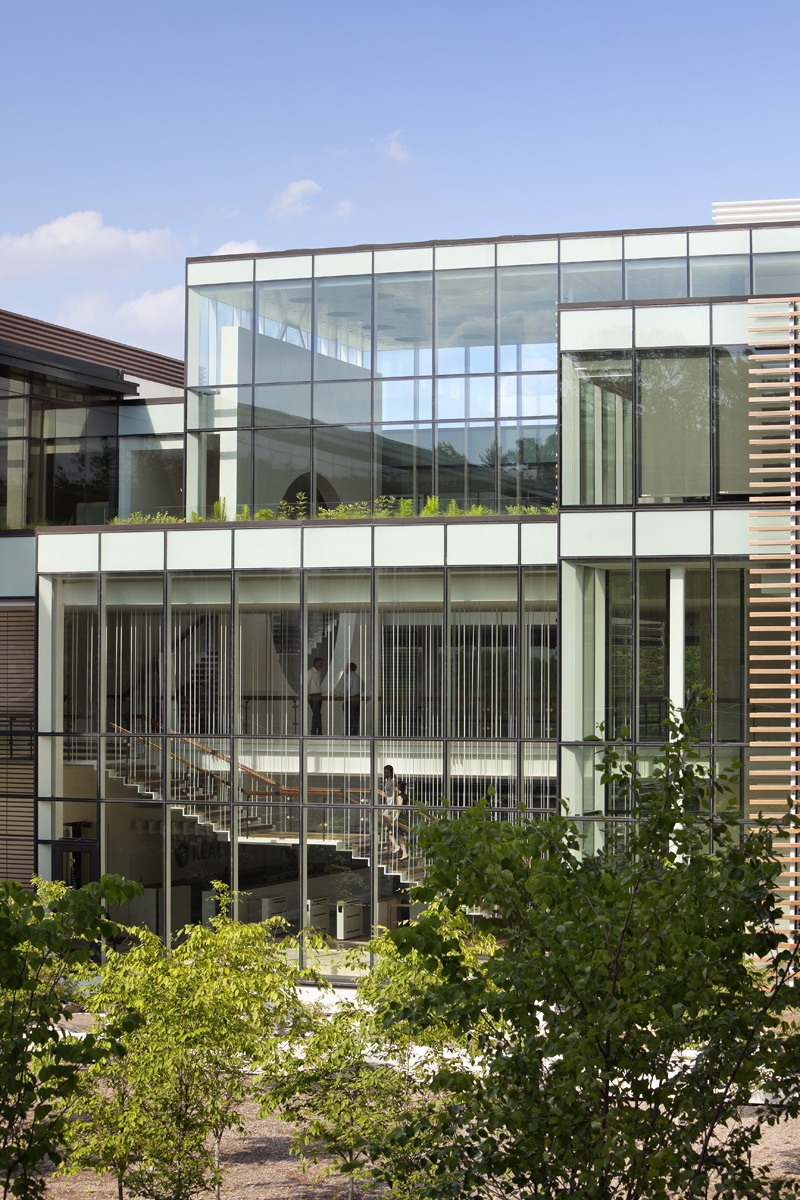 For a project that’s yet to be green-lighted, Gustafson Guthrie Nichol’s (GGN) proposed redesign for Union Square on the National...