She takes her cues for terracotta tile designs from ancient paintings of Japanese kimono makers.

“It’s based on the way the Japanese draped their kimono fabric, almost like on a quilt stand,” says Seattle-based Justyn Livingston.  “They’d mix stripes and dots, birds and flowers, checks, zigzags and waterfalls, mixing the patterns in the garment in a really harmonious way.”

To demonstrate to customers precisely what can be achieved visually with her muted, metal-tinged tiles, Livingston has begun to assemble six-foot-tall and 16-inch wide panels and ship them to 26 showrooms coast-to-coast.

“It’s a way for people to see in a tile store how the patterns can be put together,” she says.  “One might be for the floor, another to frame a mirror, or another for wainscoting.  Or if they’re really courageous, a section of a wall, like a painting.”

The terracotta beneath generates the metallic feel to her tiles, giving the edges a look resembling rust.  Her palette is derived from blends of a number of lead-free, environmentally sensitive, ready-made glazes.  “We typically use the red terracotta, and the colors seem to sing on it,” she says.  “Manufacturers are introducing new colors with no lead, and it’s a challenge because they behave differently – you have to create glazes with character, that don’t look too flat.

Her patterns could be inspired by Japanese architecture, but just as easily by carpets or old Russian jewelry.  It’s as though she picks up, through osmosis, the rhythms and languages of other cultures, and re-interprets them with her hands.  She’s inspired in particular, she says, by the designs and ornament of Romanian architecture.

“It’s a melting pot, influenced by Greece, Turkey and Macedonia,” she says.  “You’ll see Scandinavian shingles on stucco walls, with beautifully carved window shutters and decorative tin downspouts – and braided willow fences in each person’s own style of weaving.”

When she’s achieved the pattern and colors she’s after, the result is near-alchemy.

“There’s something magical about living in a beautiful space – something energetic,” she says.  “It varies from person to person, but certain colors in patterns and paint resonate with certain individuals.” 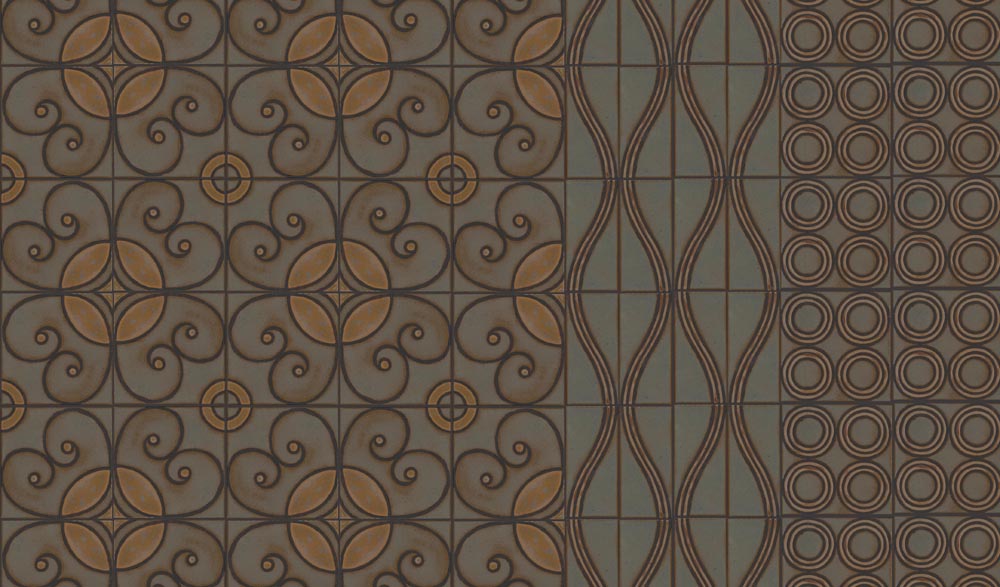 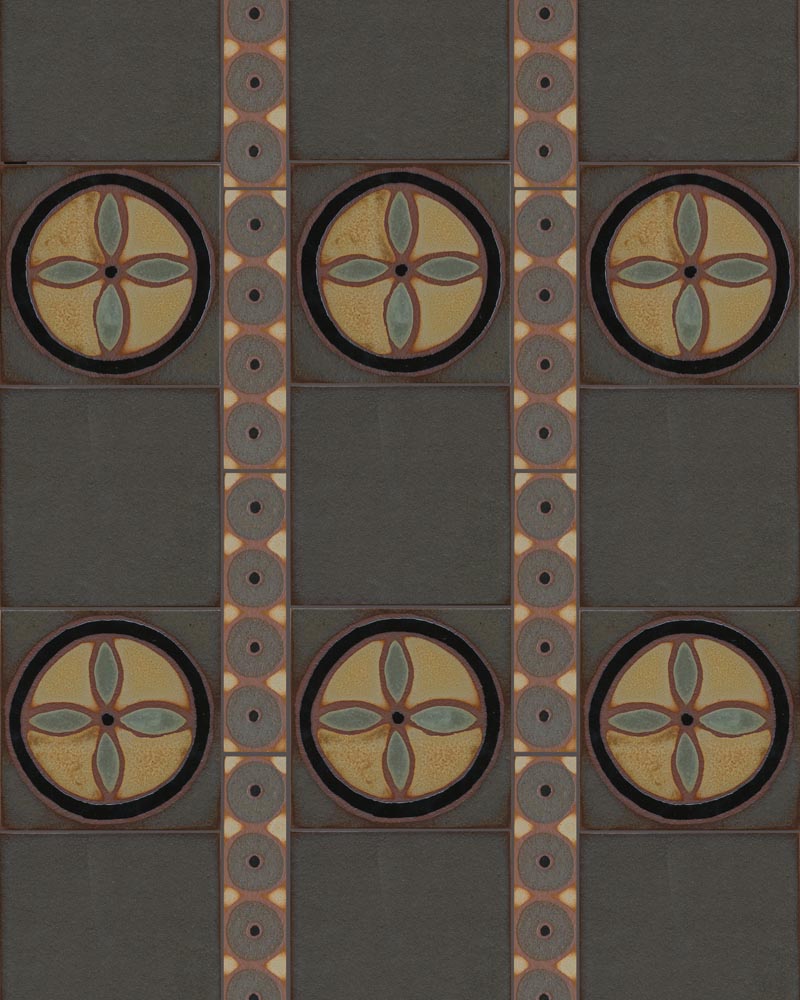 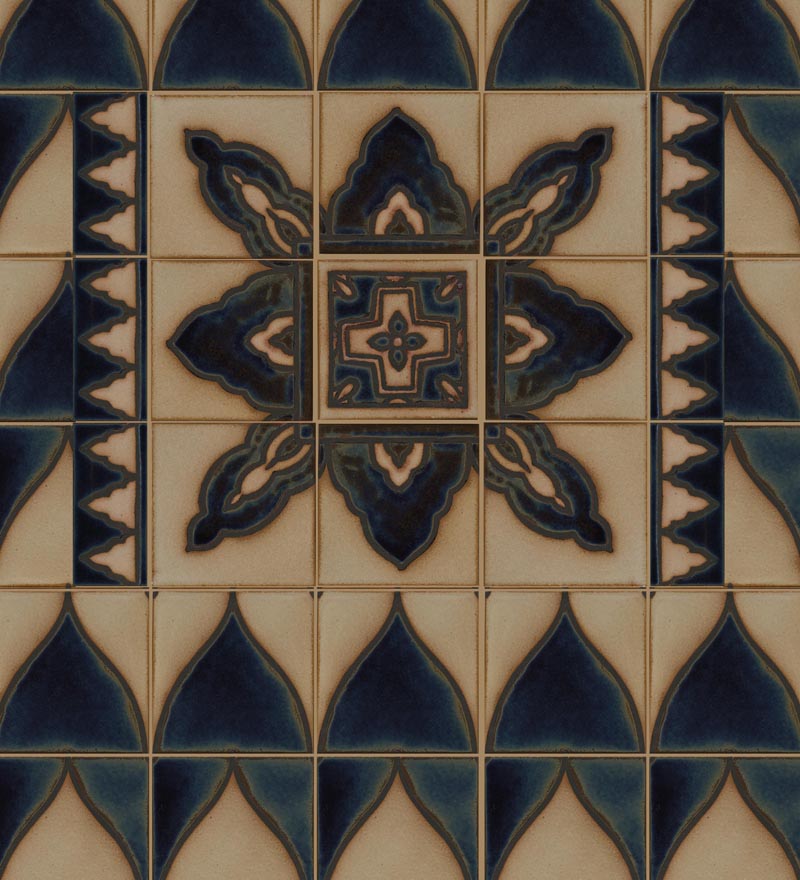 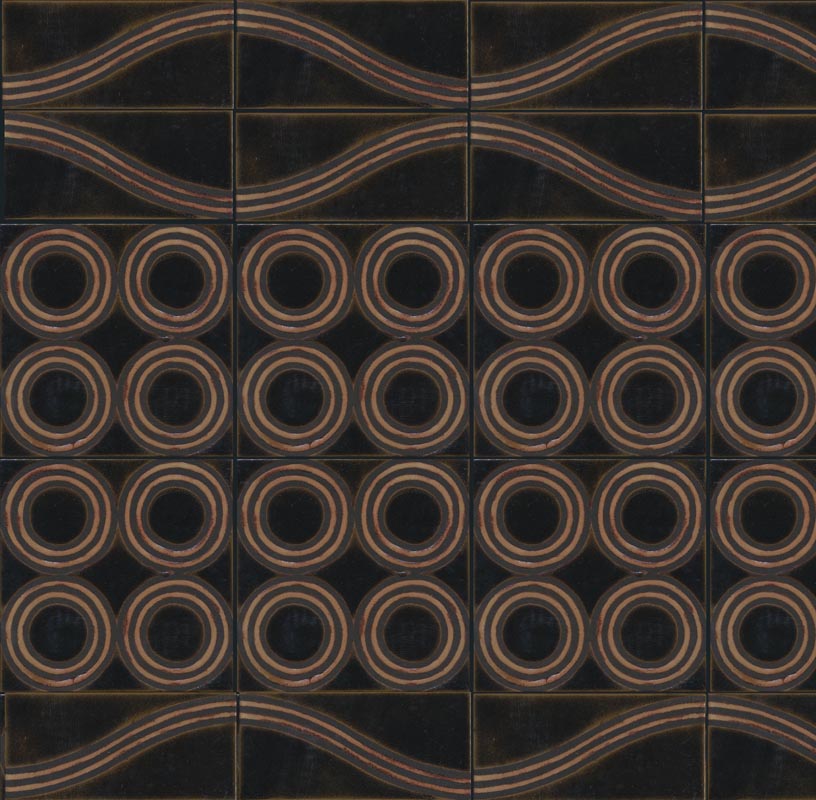 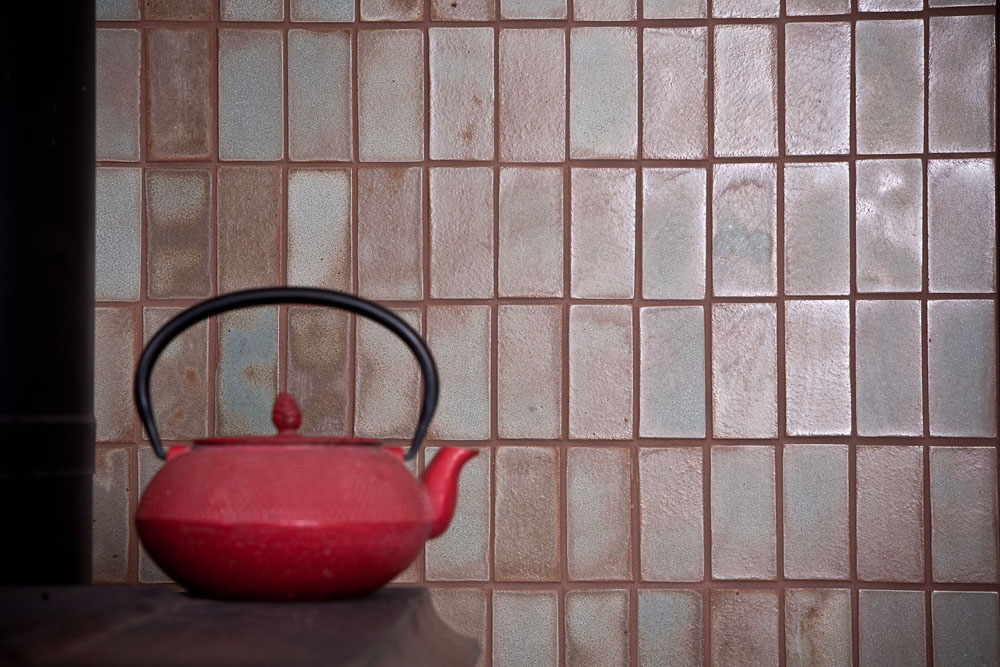 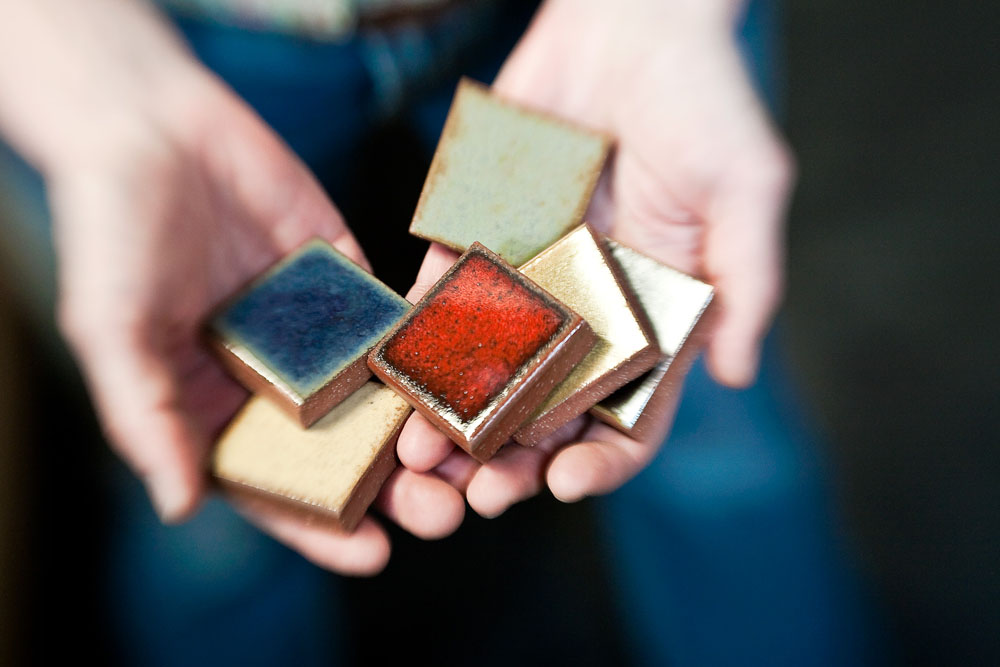 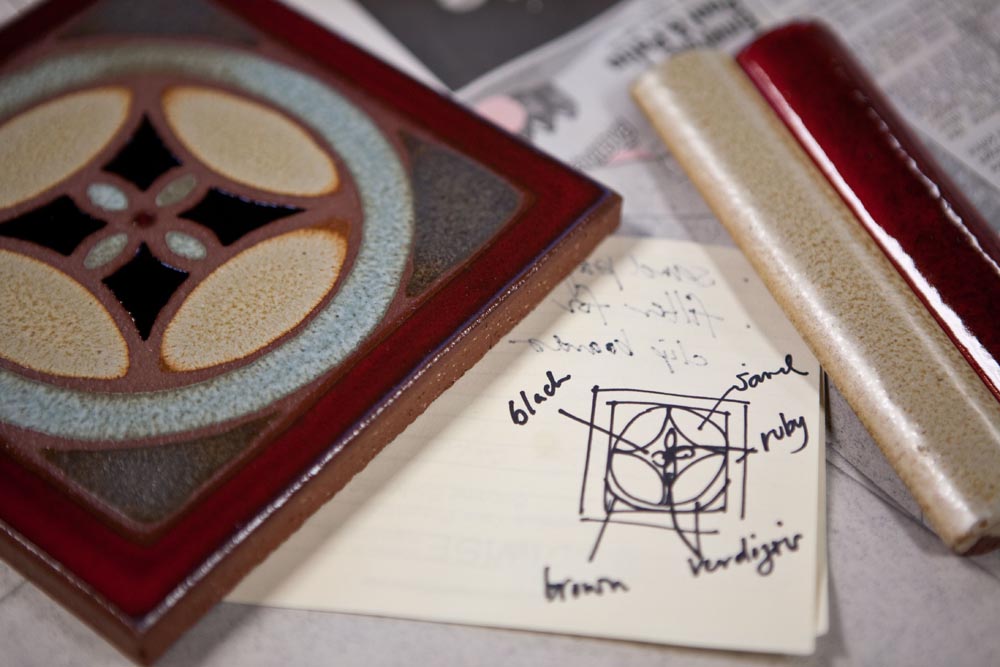 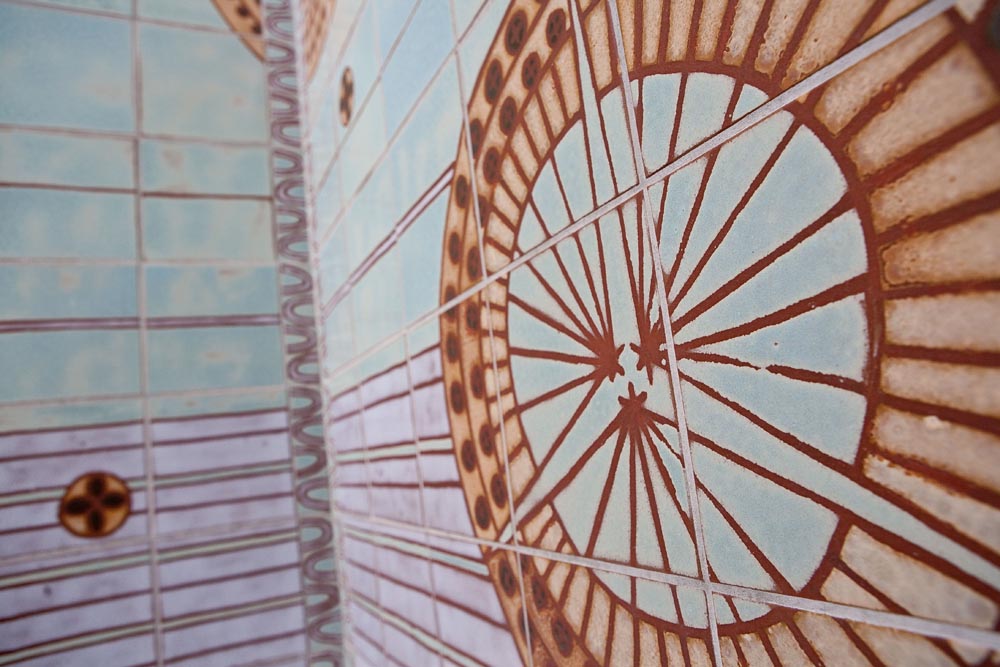 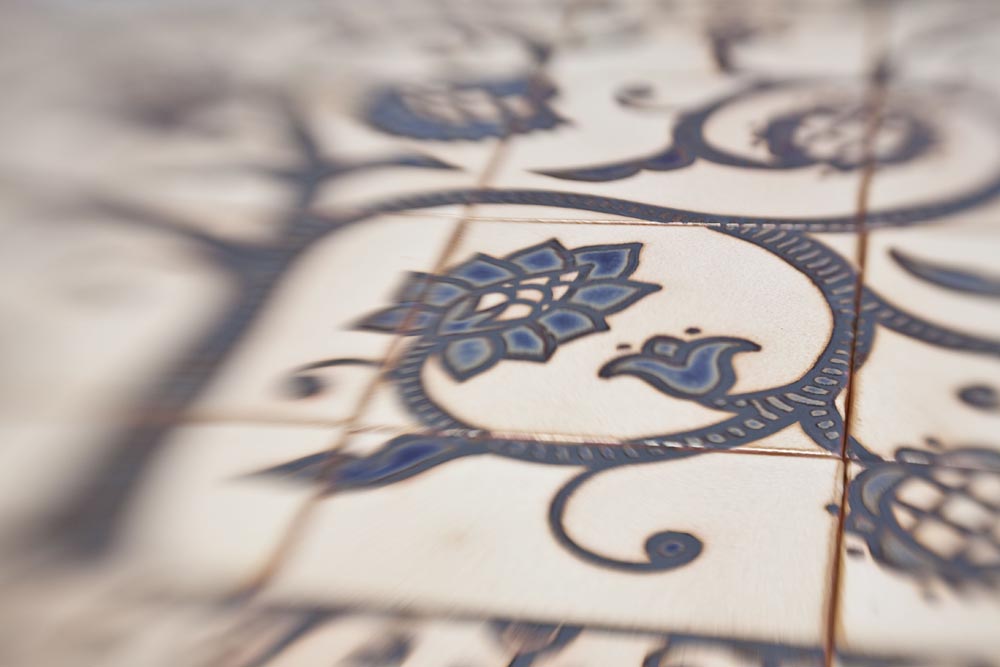 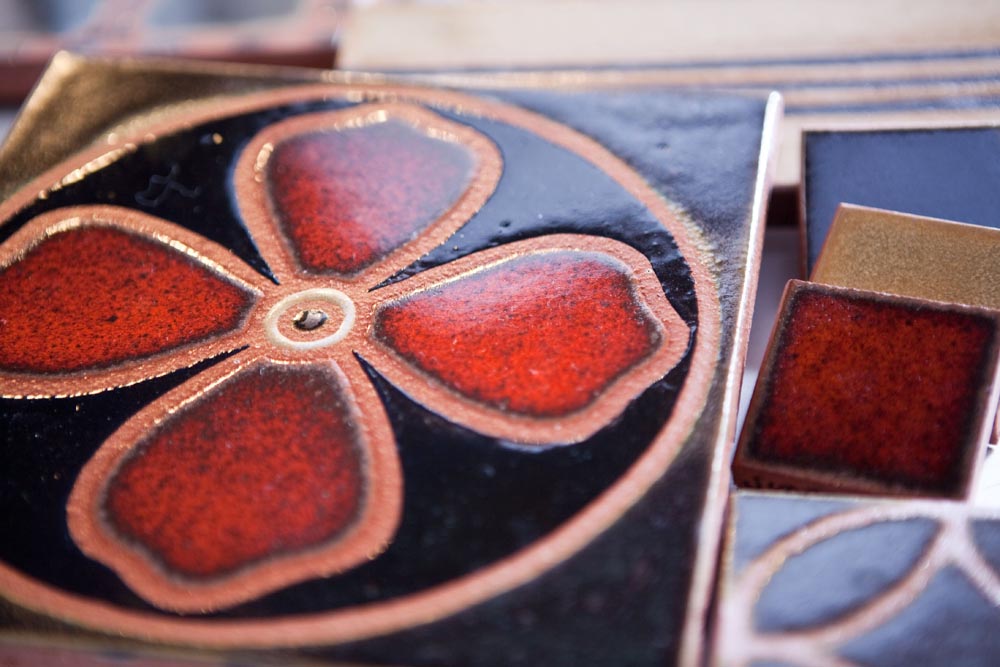 Stunning tile work1 Thank you so much for this post.

Some call it the most coveted boutique hotel in Puerto Vallarta. The views alone might earn Hacienda San Angel that status. ...