A couple of weeks ago, I received an email from Josh McCullar, editor of the online design magazine called vaMODERN.  He’s a gifted designer based in Richmond, Va., a bastion of tradition that’s enlivened occasionally by flashes of brilliant modern design – much of it from SMBW Architects, the firm where McCullar works. Since moving to Richmond 10 years ago, he’s worked with Enteros Design and SMBW on cultural, institutional, and residential projects. On Friday I spent some time on the phone with McCullar and Will Scribner FAIA, his mentor at SMBW who worked diligently to make the new and sophisticated wing of the Virginia Museum of Fine Arts a reality in 2010.  I interviewed McCullar via email for A+A, and will feature vaMODERN a little later this month.

You attended both N.C. State and U.Va. How did each influence your work?

These schools are the best in the Southern U.S. and are a perfect complement to each other. NCSU College of Design was founded in 1948 by brilliant young designers who moved to North Carolina from the American Mid-West in the heyday of the modern movement. Heavily influenced by the German Bauhaus after W.W. II, the school built a curriculum led by Dean Henry Kamphoefner that emphasized “design by making” or “learning by doing” to find beautiful, yet practical solutions to real-world problems. The school still espouses this, and so the craft of making something through an iterative process with a set of constraints is paramount to teaching design there. U.Va. is really quite different. There, it all begins with a deep understanding of the site. That is Jefferson’s legacy: that architecture is really the highest order of the landscape. What we leave behind is as important as what we do in this time. In summary, NCSU was an extension of the machine age, while U.Va. was of the lineage of Italian Renaissance masters working in the Veneto landscape; not in style, but in planning principles and making marks on the land.

So for me, I approach a design problem like science. There is a set of controls (the client’s program and budget) and variables (how we respond to the site and climate) with a heavy dose of intuition (art and beauty).

You worked for a while with Bohlin Cywinski Jackson Architects? What were the influences on you there? Which projects did you work on?

It was brief. I had the opportunity to work in their Pittsburgh office for one year right after grad school. Though I had traveled quite a bit, I had never lived outside of the Southeast before then. I took hundreds of photographs of the abandoned ruins of Pittsburgh’s industrial buildings along the Allegheny River.  It was a study of silence and sunlight. I was thinking of Lou Kahn then. At BCJ I worked as a team member on a Chemistry Lab building for Yale, made a very detailed wood model by hand, and visited the job site for The Barn at Falling Water, which was a renovation of a Pennsylvania Bank Barn into an interpretive learning center. I love the firm’s work, and it fed my interest in modernist vernacular architecture. They are true masters at working with natural materials. Peter Bohlin told me one of his favorite designers was Swedish Architect Sigurd Lewerentz and he knows what he’s talking about.

And you worked with WG Clark on the addition to the U.Va. School of Architecture as well. What was that experience like?

I was a team member with several colleagues here at SMBW Architects led by Will Scribner, FAIA. It was a natural extension of my time as a student of WG’s. I learned about concrete, and my role was detailing some of the construction details of the large glass wall on the north facade of his East Addition as well as the steel and slate bridge that connects to the existing building. Though a small role, it was wonderful to be a part of this team. The project was featured in the November 2008 issue of Architect magazine. The building will never age. His architecture is timeless.

Could you describe your design philosophy?

Well, I didn’t know I had one, but the common approach has been that architectural design begins with the idea that the act of building is a negotiated engagement with the land and should endeavor to create a sense of place. The origin of this value is that architecture, at its very best, strengthens and amplifies the inherent qualities of the landscape, and so the craft of building must begin and end with a respectful stewardship of the site. In short, what we build must earn its keep, because the most sustainable building is a permanent one.

Who has been most influential in your work?

There are several: Louis Kahn, Luis Barragan, Peter Bohlin, Tadao Ando,  WG Clark, and Robert Gurney are the ones I look to often when designing. Academically: Ellen Weinstein at NCSU, and WG Clark and Peter Waldman at U.Va. were my best teachers. I still have models and drawings made in their studios.

The inspiration for your work?

The vernacular builders who made our farms, and homesteads across the American South inspire me. I think of my great-grandfather in North Carolina just trying to put food on his table during a depression. They were not architects. They were farmers and frontiersman and their buildings were good because they were born of intuition, problem solving and economy, rather than over intellectualized. It was architecture at its essence. Now as ruins, the remnants of their buildings inspire me. When I drive across the region into Southern Virginia, the Shenandoah Valley, or into North Carolina, I come back renewed. I also look to the photographs by Walker Evans and Dorothea Lange who documented the American South during the 1930s and ’40s. There was a humanity and a stripped down sense of “being” in the buildings they show.

What kinds of projects are you working on now?

At SMBW, we are always engaged in a large cultural project, several private sector commercial projects, and some small projects. I am working on two modernist houses at the moment with my design colleague Katie Clinton: one rural and one urban. The rural one in Goochland County is a dark gray manganese ironspot brick and Corten steel house on 21 acres facing a lake for a semi-retired couple. Gray and rust are two common colors in the vernacular landscape here, so it was the obvious approach. In the city, we are inserting a modern 3-story row house into a 24′ wide lot in the historic Jackson Ward district of Richmond for a client from Atlanta. We have distilled the characteristic 19th century elements of this neighborhood (a porch, full height narrow windows, wood shutters, projected window bays, and a cornice) into a modern exterior appropriate to the context while being of this time. We look forward to getting these projects built in the coming year.

For more on Josh McCullar and vaMODERN, go to: http://virginiamodern.wordpress.com 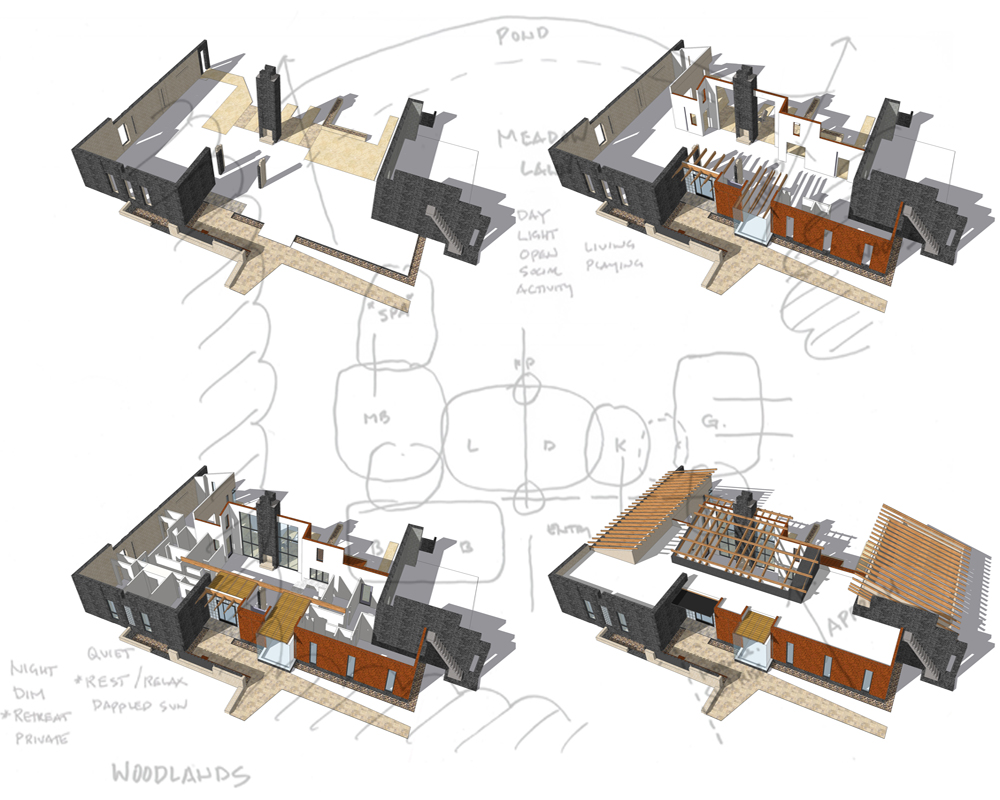 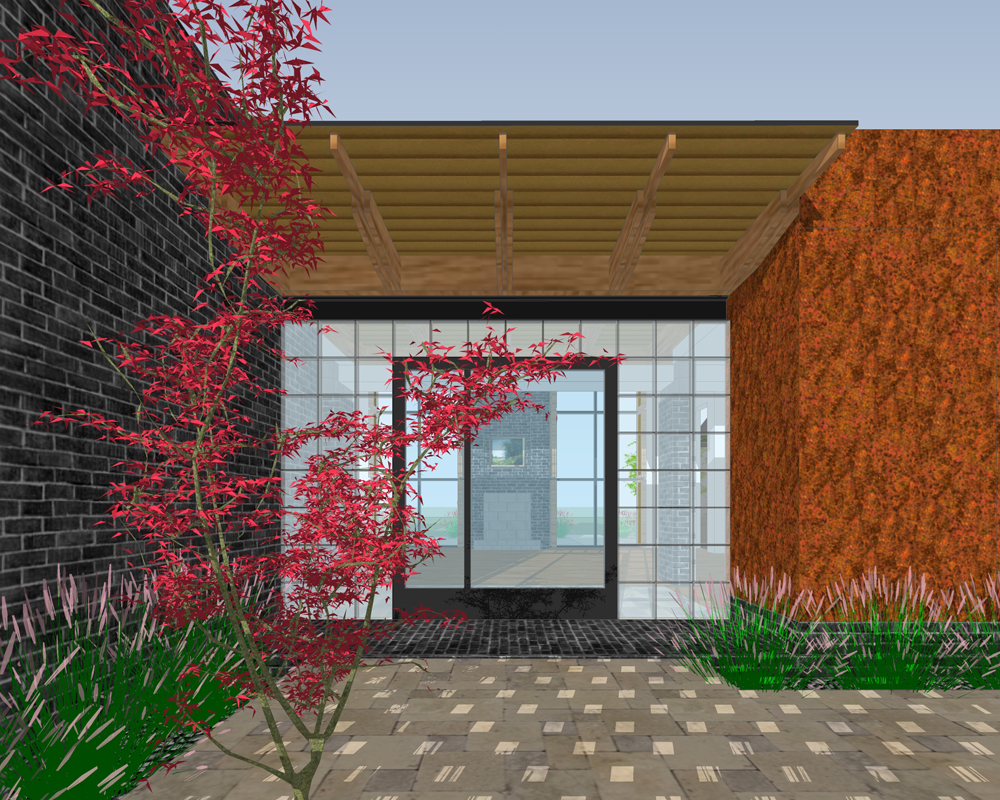 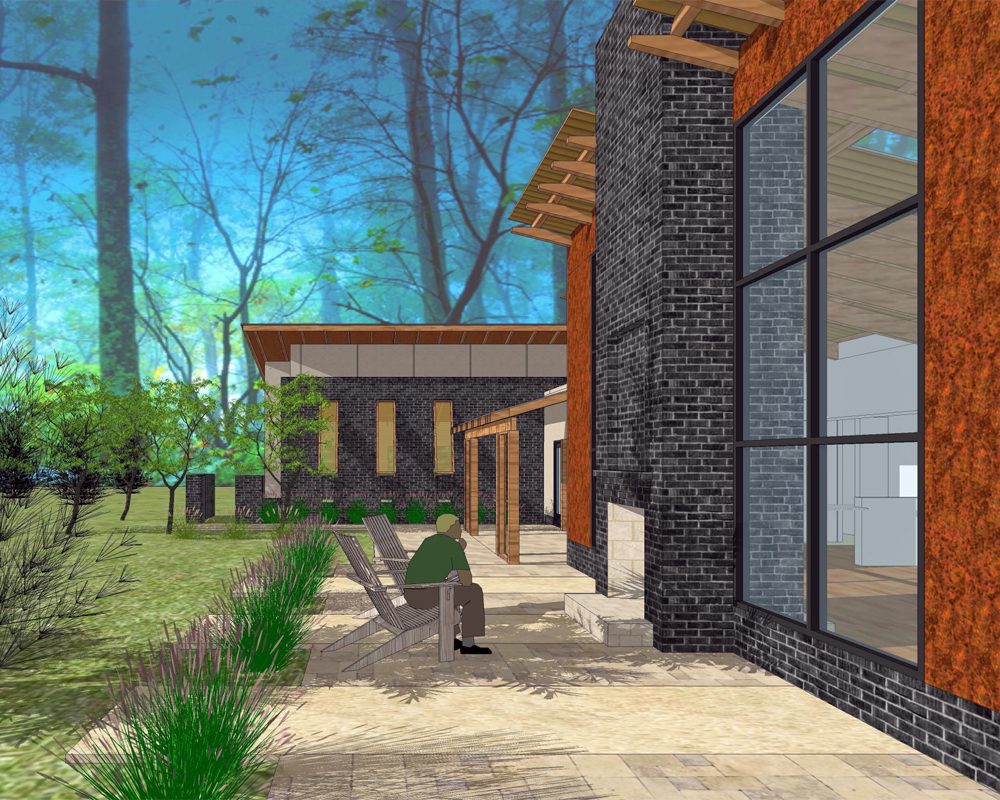 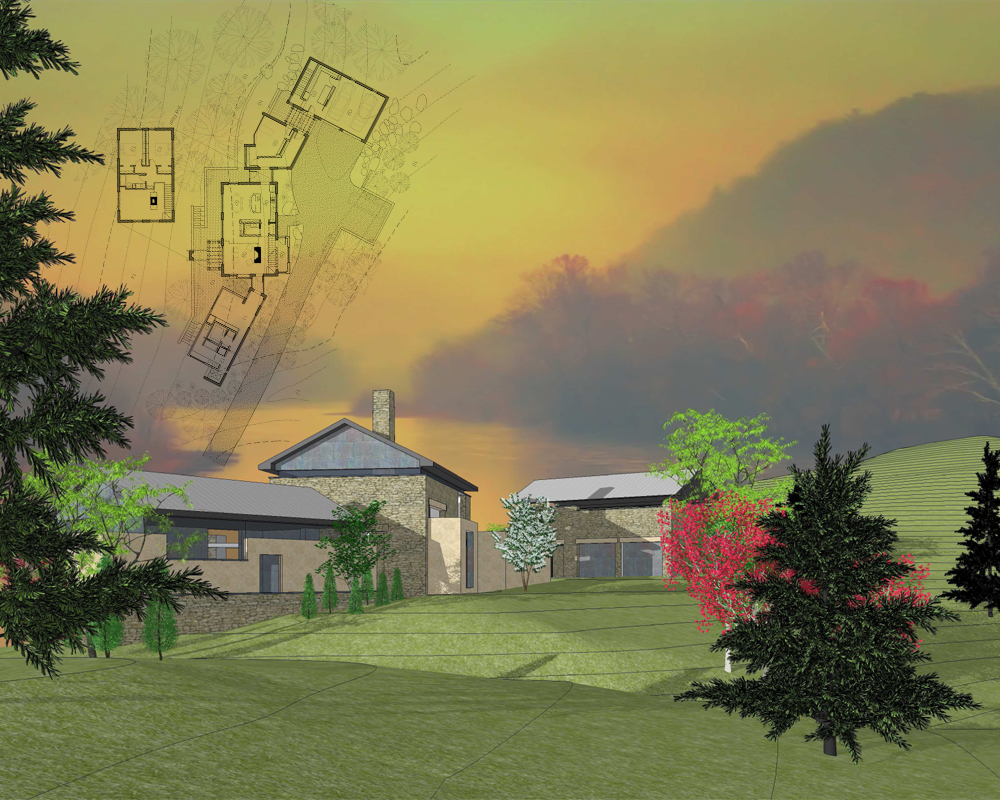 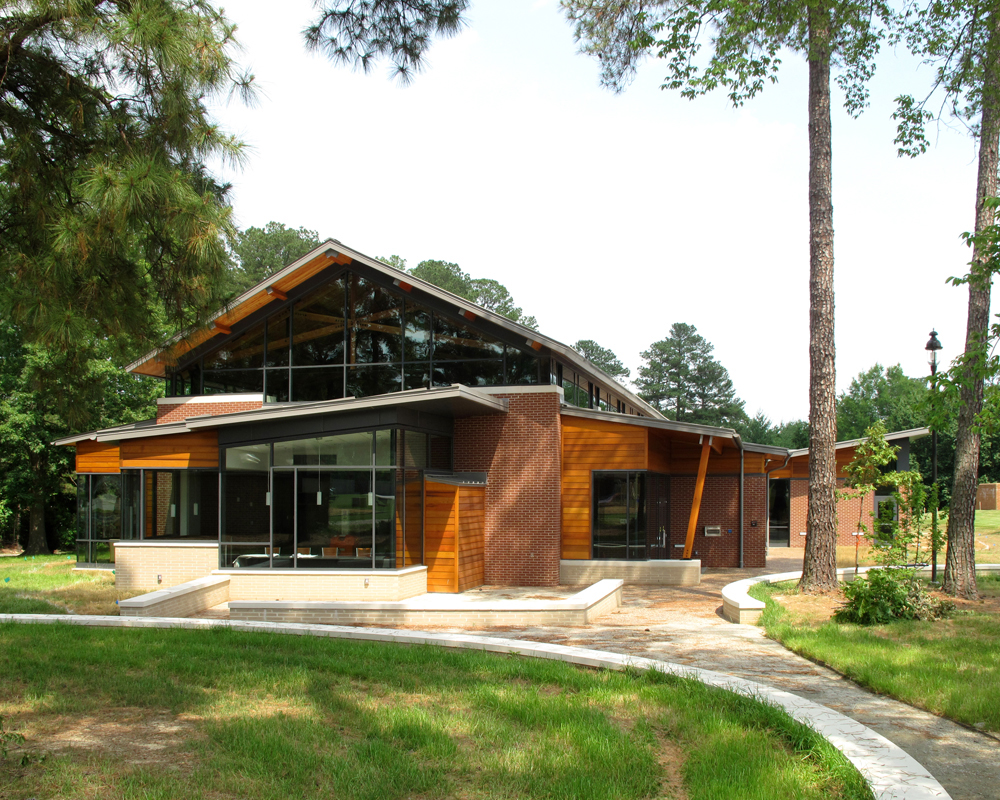 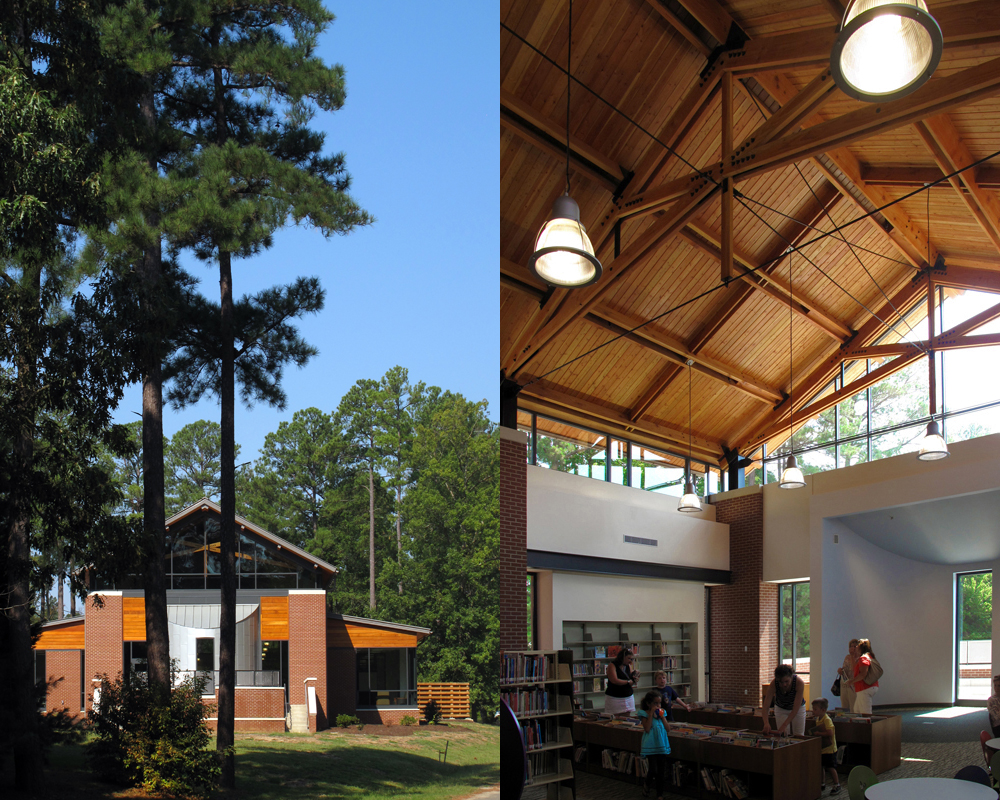 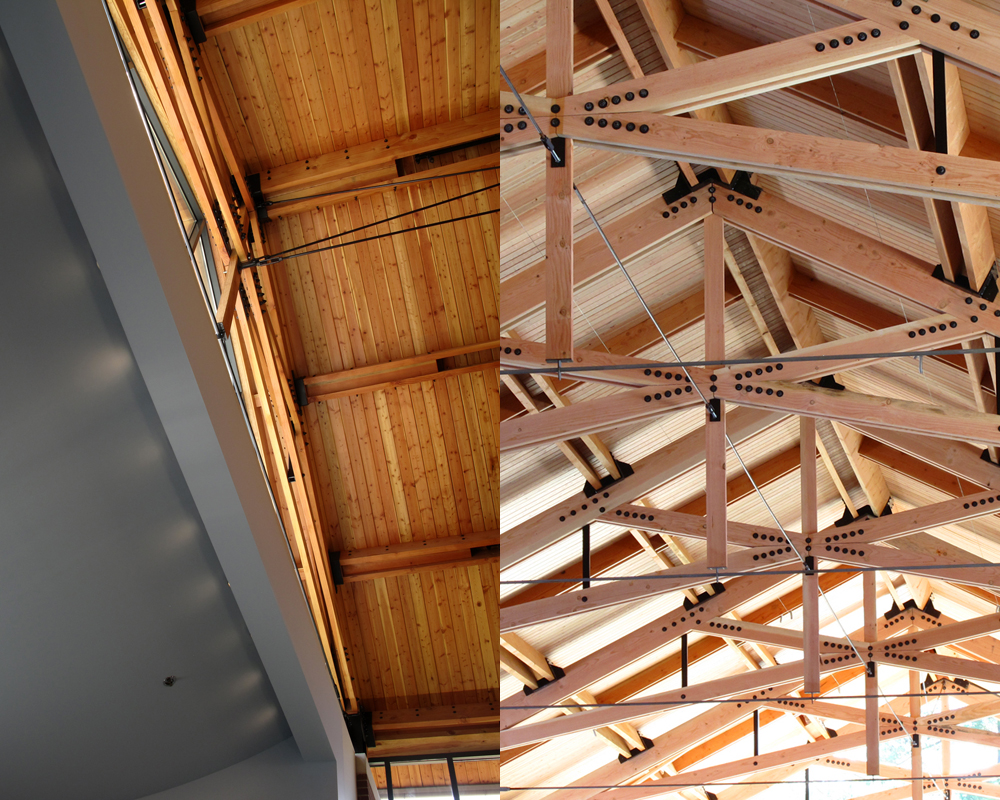 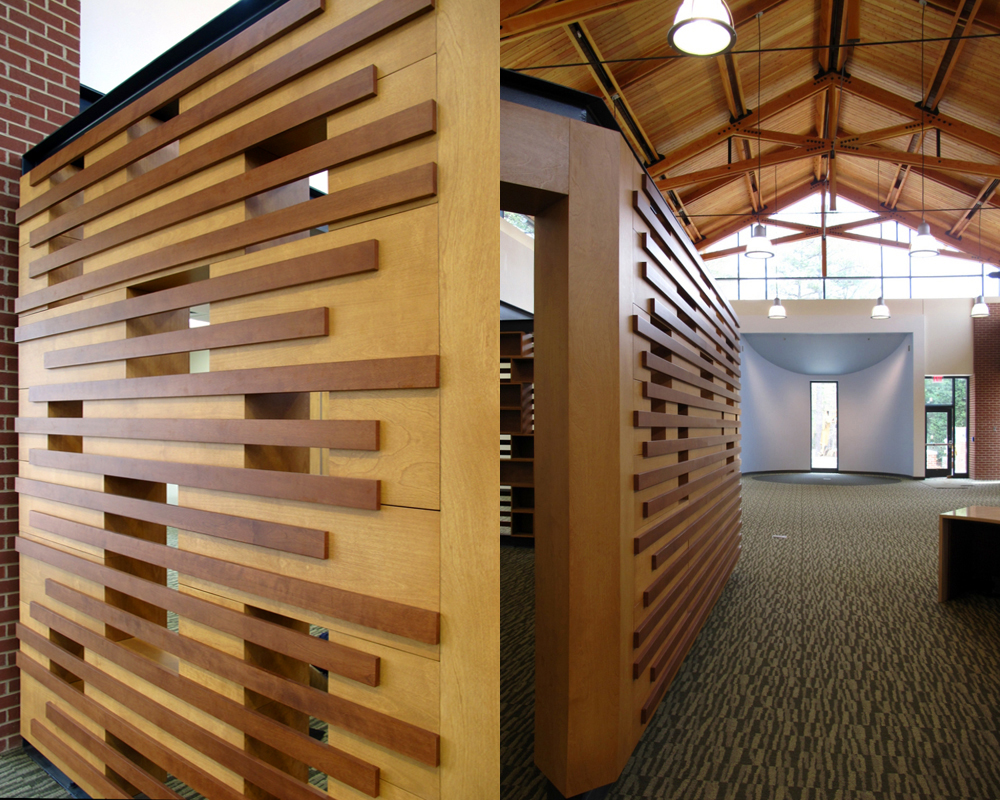 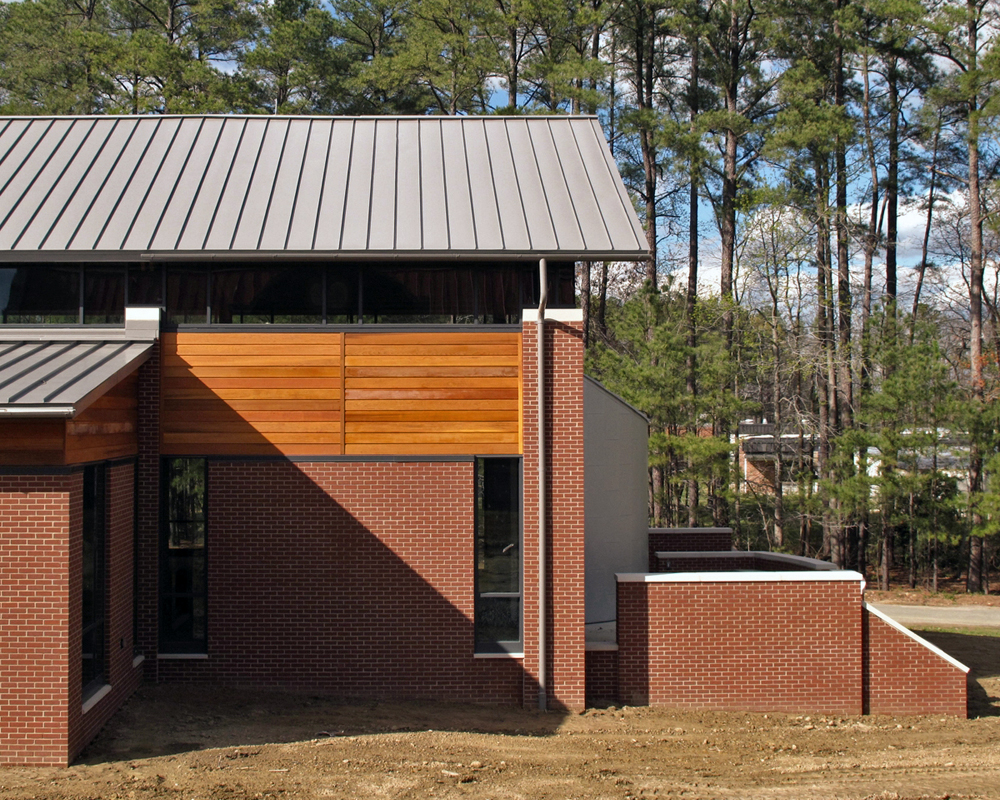 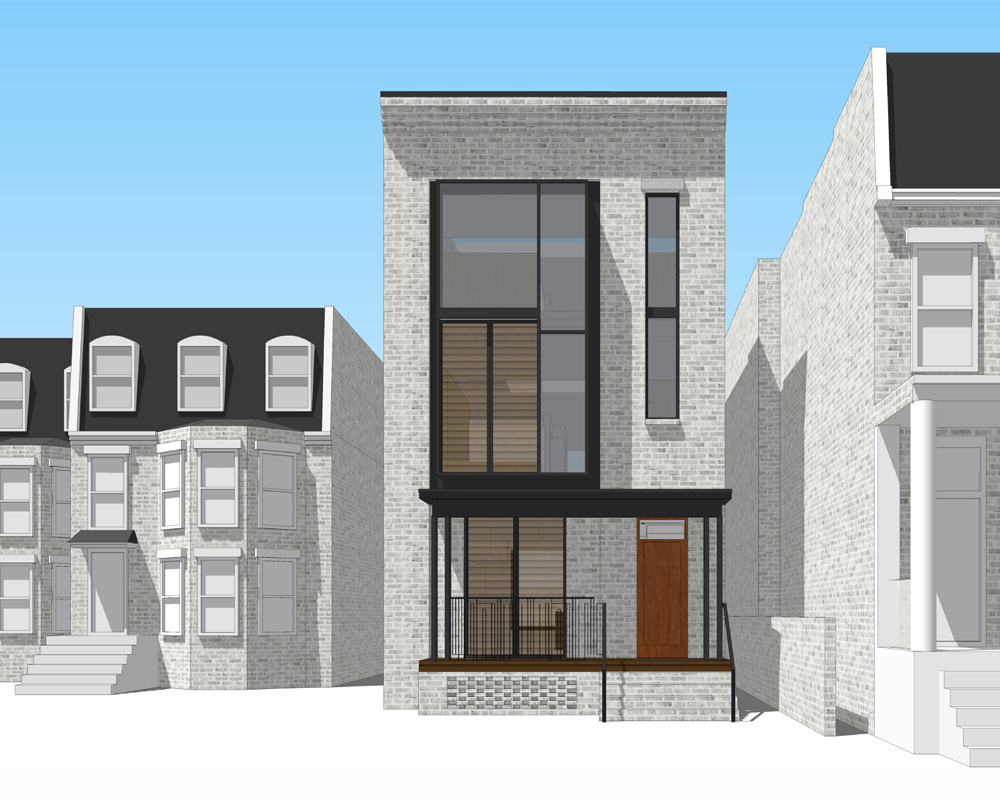 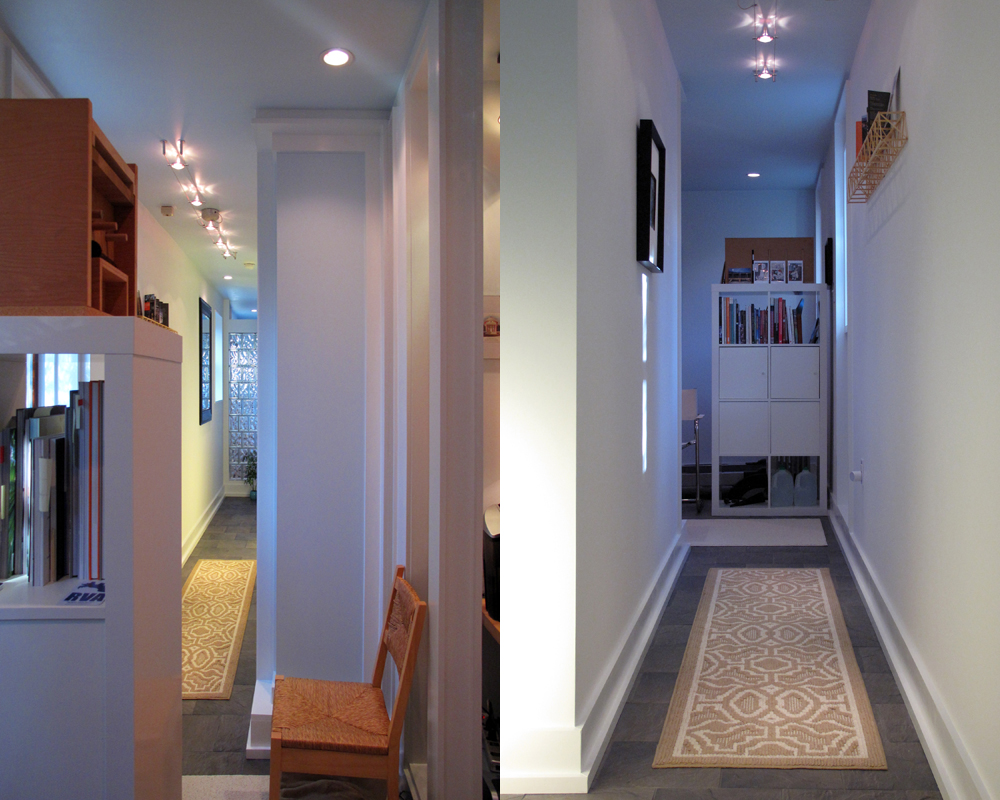 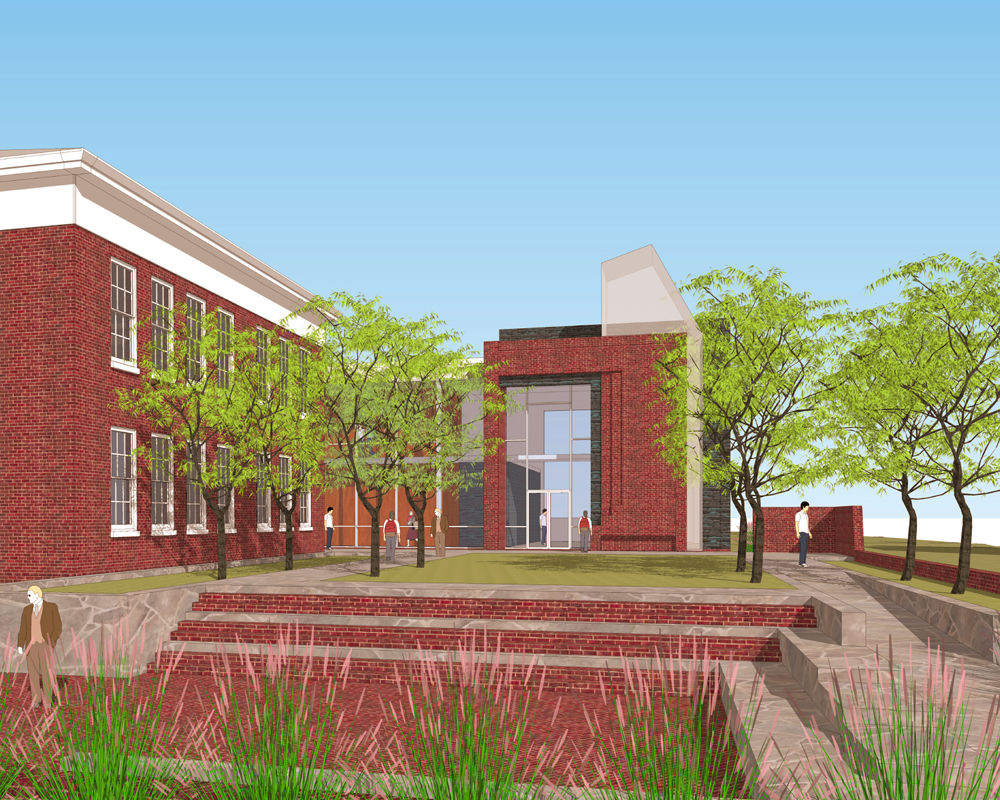 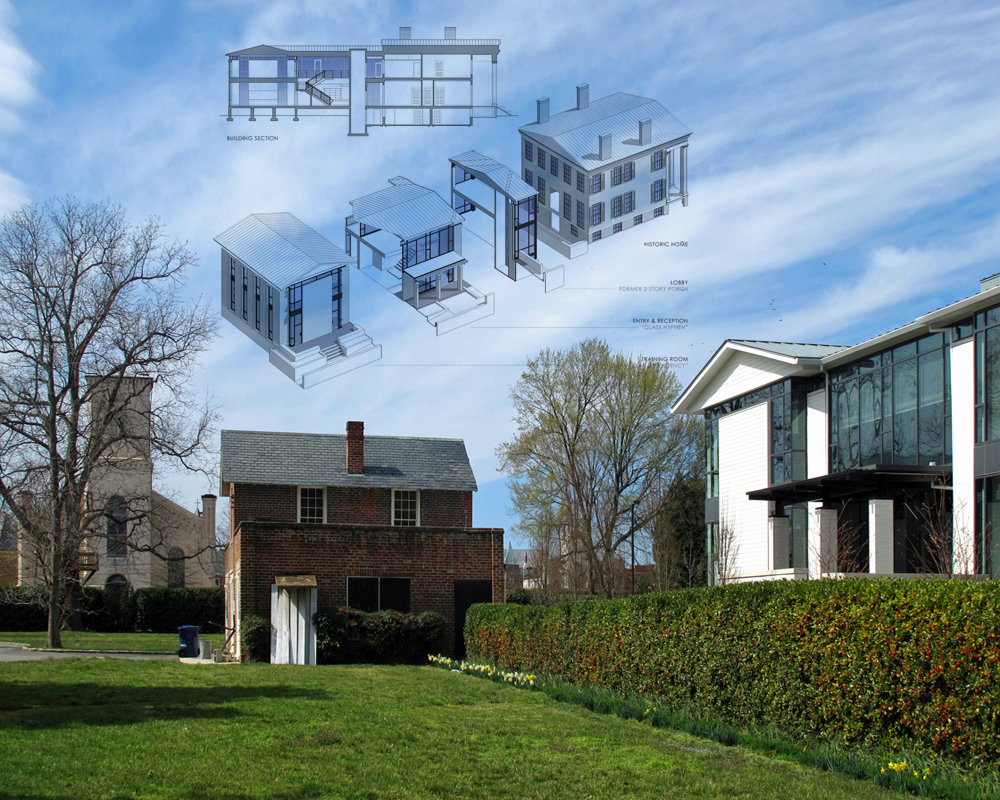 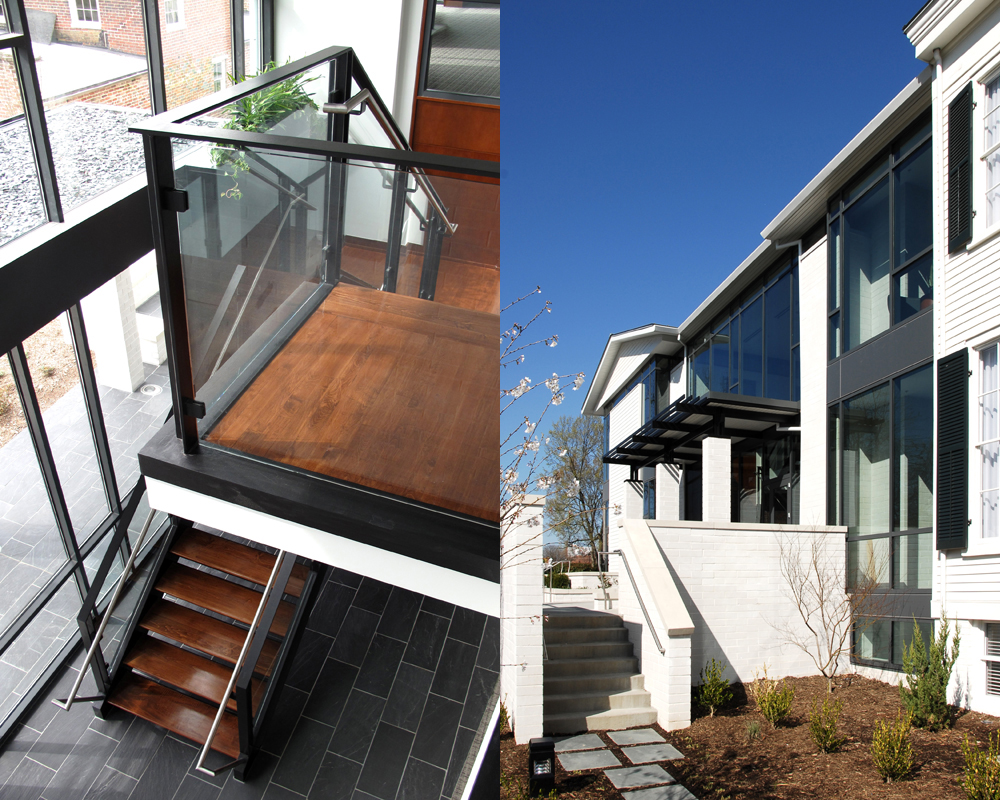 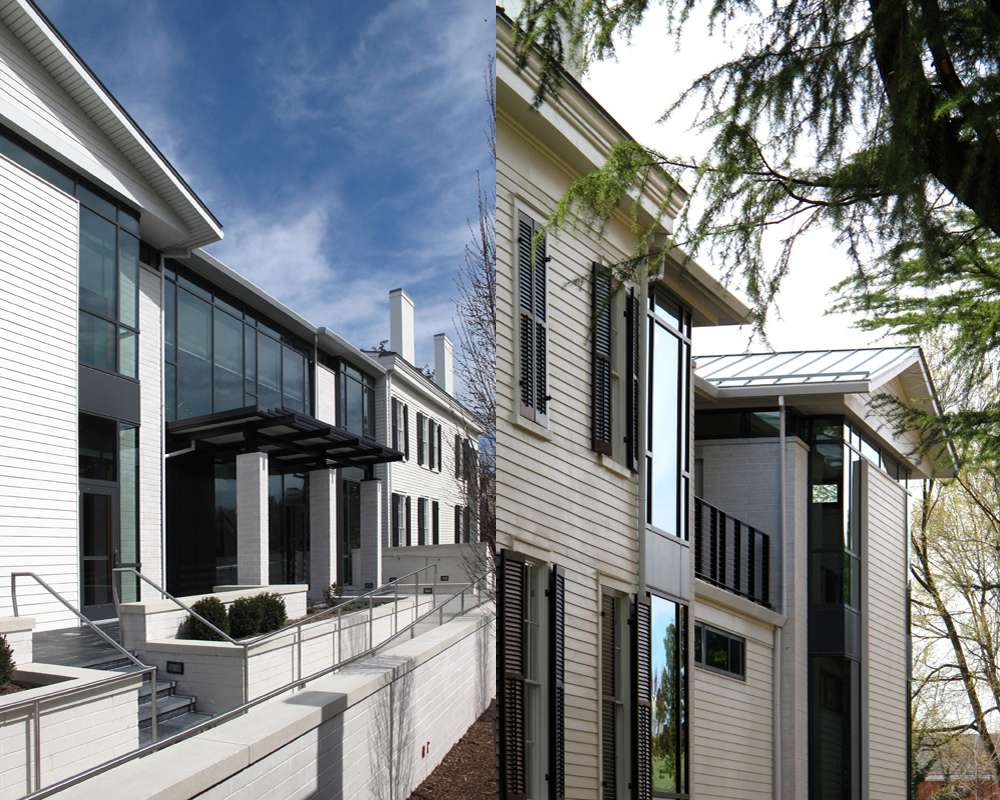 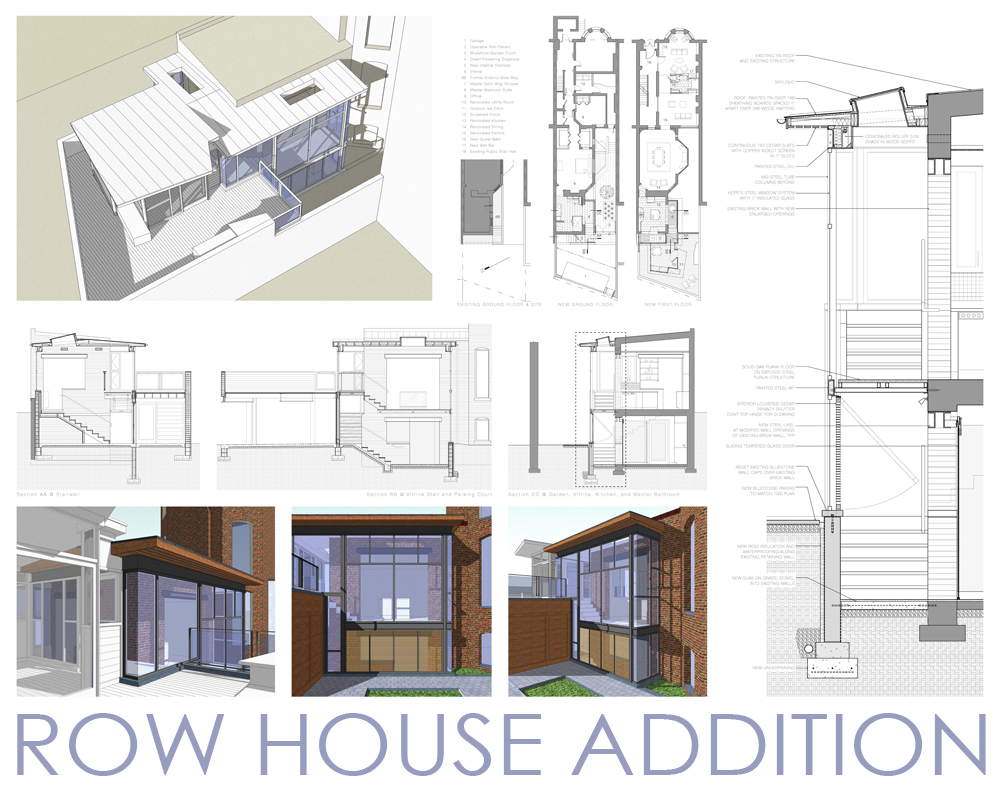 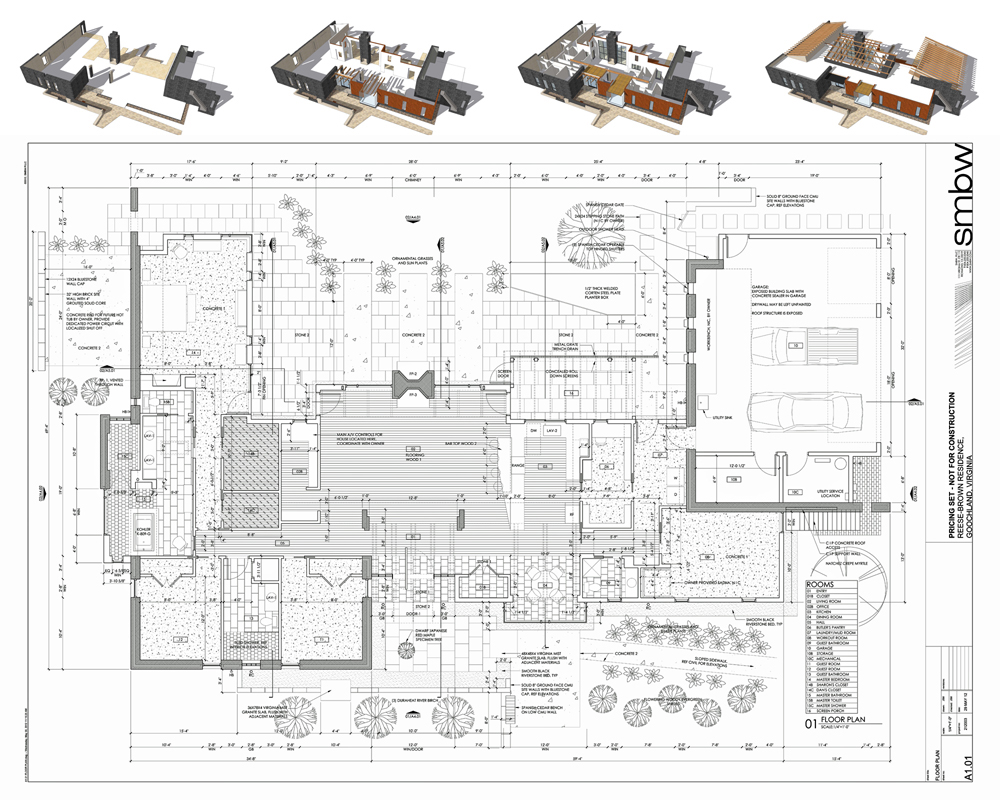 Restoration with a French Panache

So you’re a maker of artisan tiles, and a painter who intrepidly surfs the web, scouting out symbols that Carl Jung and...