Jonathan Prince’s Sculpture to the Sun

“I love architecture, and I’m drawn to monumental work,” Prince says of the 49-floor modernist skyscraper designed by Raymond and Rado in 1971.  “This is an architectural feast for me in many ways.”

Much of the artist’s work has been on display in private spaces over the years, and he welcomes the opportunity now to go public, through the efforts of The City of New York’s Department of Parks & Recreation’s “Art in the Parks” program.

“It’s the perfect place for it in this spot at the top of the staircase,” he says.

It does not readily fit James Wines’ definition of  “Plop art,” that dismissive term used to describe large abstract works placed in corporate settings.  G2V seems more of a thoughtful sort of broken form, or a poem or dream from another time.

“The simpler the form, the more time becomes compressed,” the artist says.  “You can’t tell if it’s old, or left by someone from the future.”

G2V is a term that astronomers give as the sun’s stellar classification, based on its spectral class.

“The way this disc is sitting on its stand is a representation of an ancient sun god,” Prince says.  “It’s a broken idol – the sun has worked really great for us physiologically, but as a deity, it’s failed us.  With all these steps, it looks like the sun’s up on an altar.”

And just for context,  it boasts as a backdrop its very own modernist cathedral.

For more information, go to 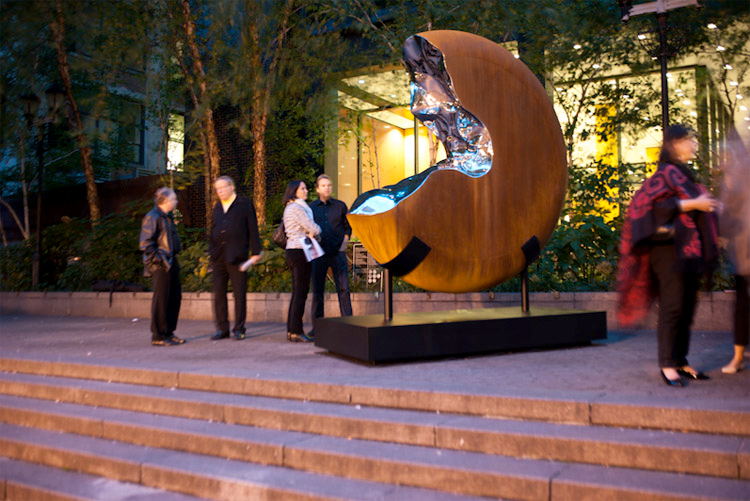 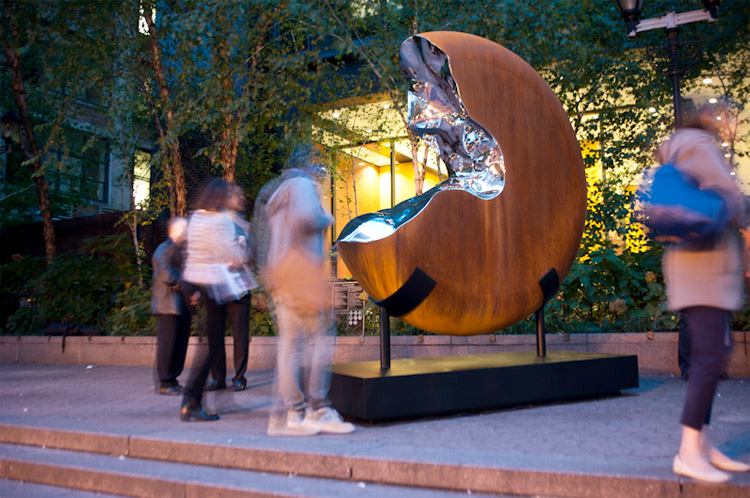 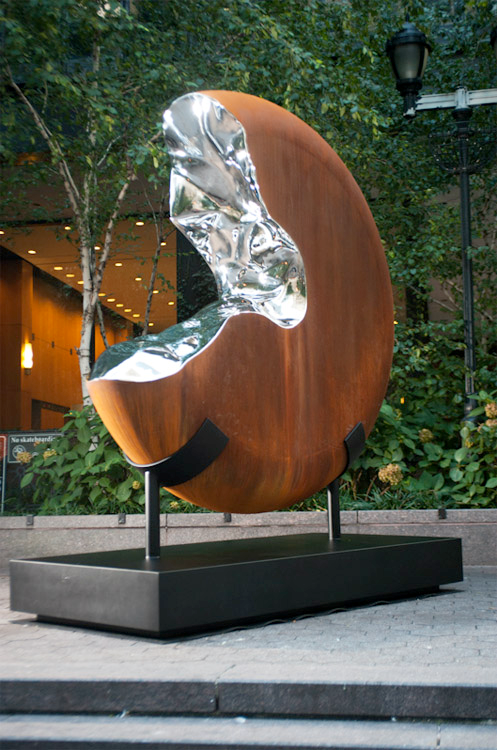 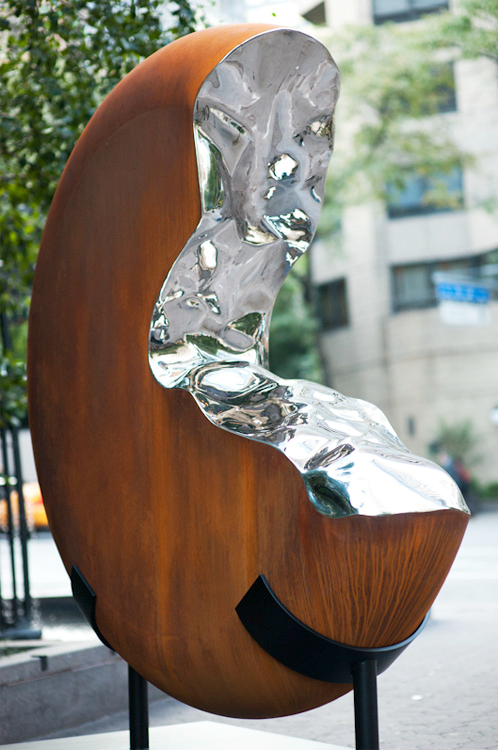 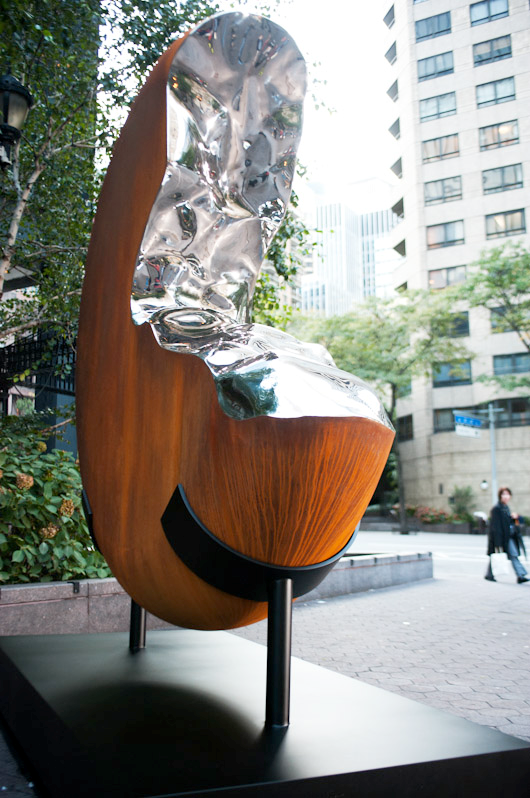 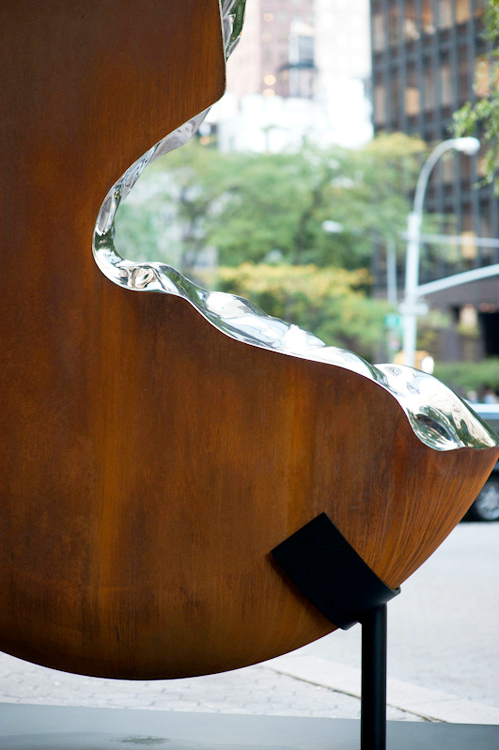 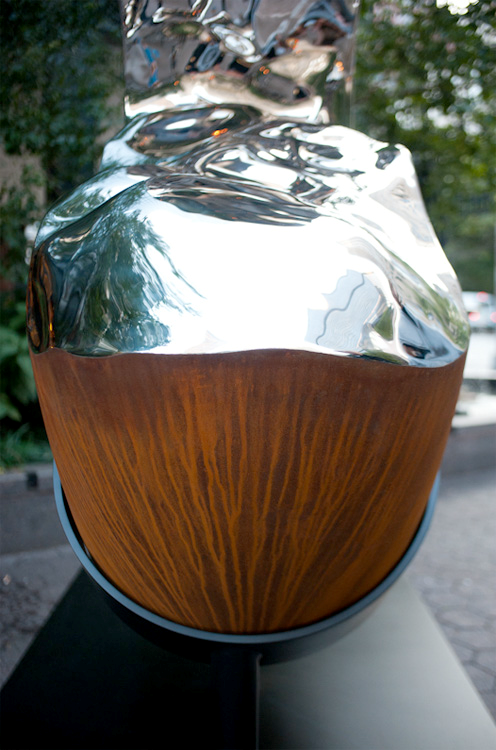 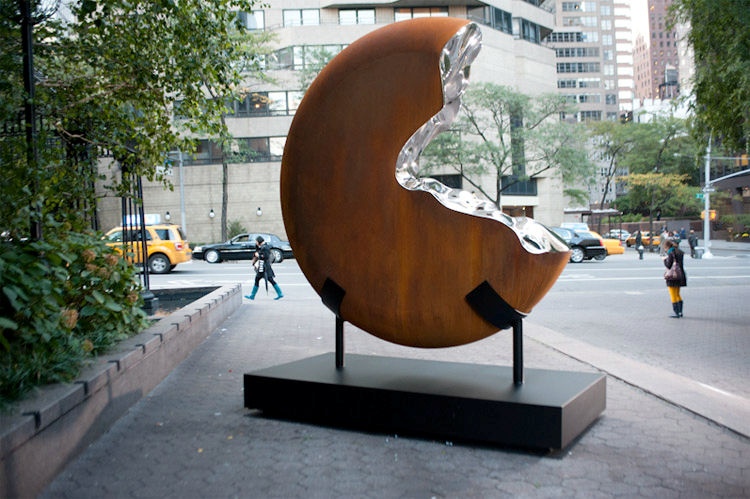 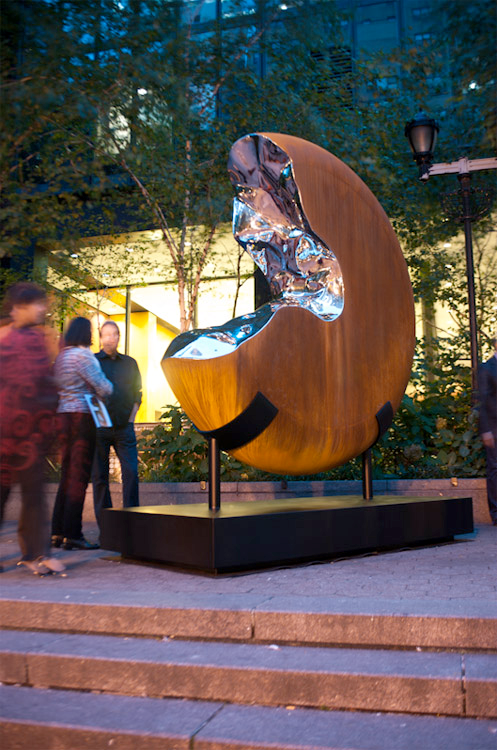 M2L: On the Edge of Modern Design

Conceptual artist Rachel Perry Welty urges us to look at things we rush past in our haste for living. “I gather whatever...