John Makepeace, master woodworker, and Robert Golden, documentary filmmaker, live within six miles of each other in Dorset in Southwest England.

But until Makepeace read an opinion piece on the relationship between the meaning of choice in shopping and the resulting erosion of the tax base, written by Golden for a local newspaper, the two had never met.  A series of meetings followed, and the two artisans danced around each other, looking for ways to work together.

“He’s an aesthete, to say the least – he’s not very interested in the common man,” Golden said of Makepeace.  “But he wants to make the highest level of fine art in furniture that he can.  And being British, he’s utilitarian – none of it’s done for show.”

The two finally joined forces for a film that documents Makepeace’s philosophy and process for making one-of-a-kind works of furniture that are coaxed and coached out of the warp and woof of a single piece of wood.

“I asked him once if he believed that form follows function,” Golden said.  “He told me that the Bauhaus aesthetic created objects that can be created by machine, but that he wants to do things that only the hand can do.”

In 1976 Makepeace, the pre-eminent furniture maker in Great Britain, bought Parnham House, the Elizabethan manor a mile south of Beaminster, Dorset, restored by John Nash in 1810, with gardens by Inigo Thomas.  It houses contemporary furniture made by Makepeace in his adjoining workshop.  In 1977 he set up a college – the Parnham Trust and School for Craftsmen in Wood – alongside it, and gained an international reputation.

Makepeace later moved to a new campus at the nearby Hooke Park, a 350-acre forest, under a new director who handed the premises over to the Architectural Association, an international school of architecture.   From there, he began to experiment with the smaller trees normally culled for firewood, to make way for larger ones in the forest.

“He was interested in the question of scrap wood too thin for boards,” Golden said.  “He was convinced that it could be used for structures.  So he found a way to bind and bend them together, rooting them into cement, to create a powerful structure capable of supporting a load much greater than it should.”

Entering Makepeace’s resulting structures on campus, all constructed of locally made materials, “is like going into a cathedral,” he said.

John Makepeace was awarded an OBE in 1988 for services to furniture design and in 2002 received the American Furniture Society’s Award of Distinction.

The film, from Objective Cinema, is called “Essays in Wood.”  Read about it at http://www.objectivecinema.net/showcase/2010/08/26/essays-in-wood/

For more on Hooke Park and the Architectural Association, go to http://www.aaschool.ac.uk/AALIFE/HOOKEPARK/hooke.php 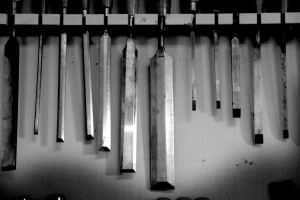 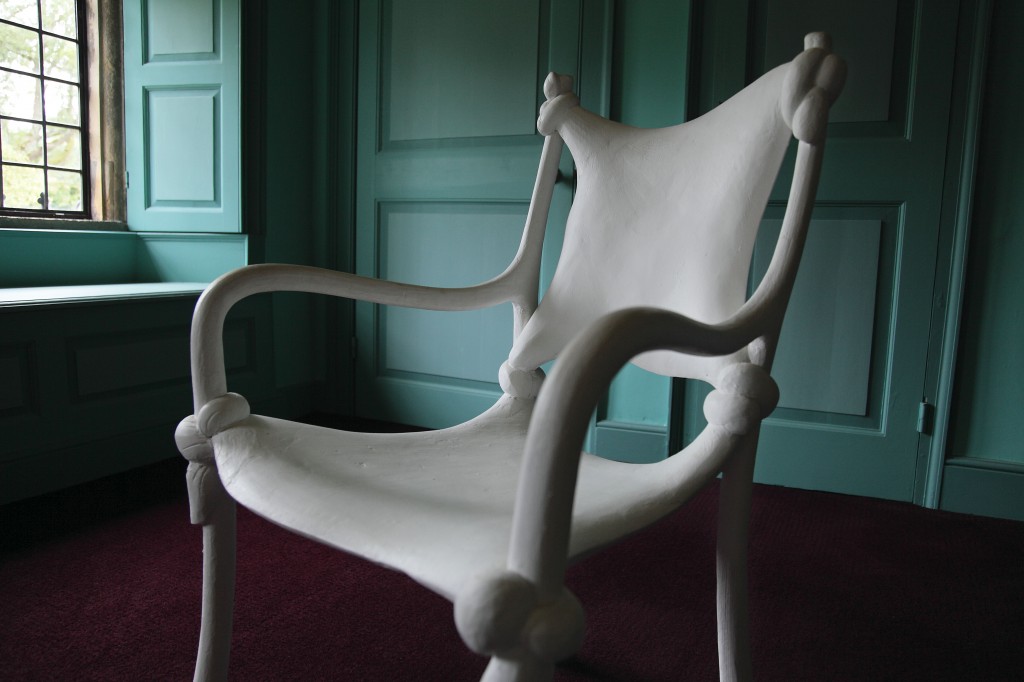 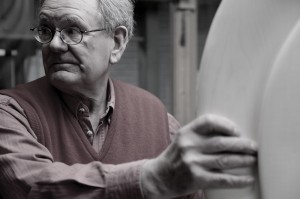 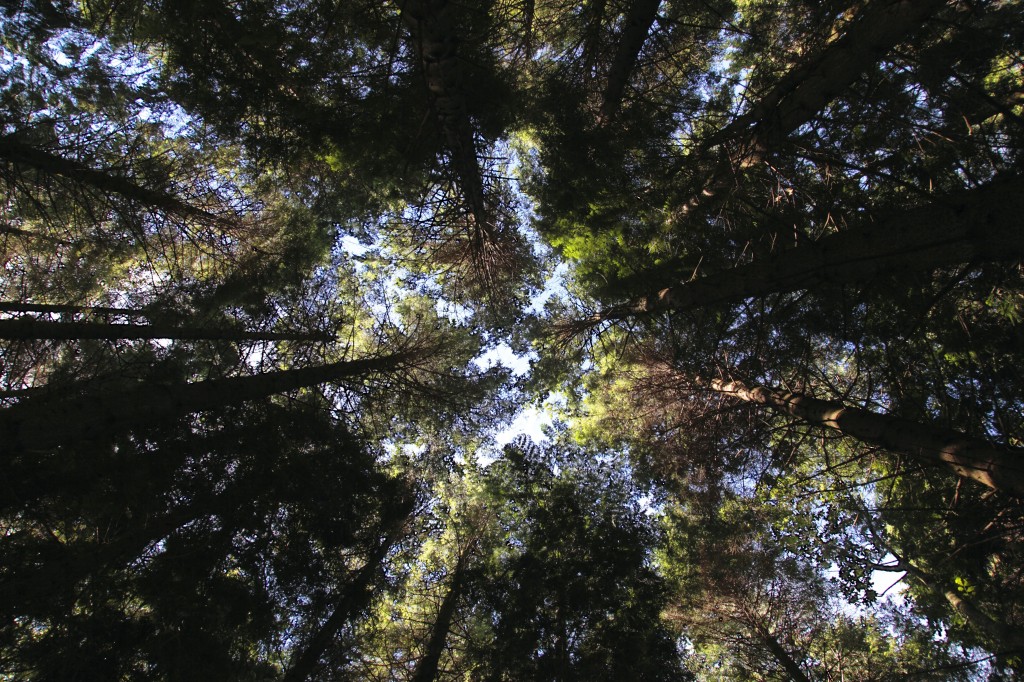 Joe Ginsberg: A Master with Materials

Joe Ginsberg: A Master with Materials

Joe Ginsberg is talking by phone from his 2,500 square-foot studio in the Garment District in Midtown Manhattan.  The self-described...