John Kirk: How to Design Better Ballparks – and Cities

A city’s ballpark, football field, or basketball stadium is akin to an anchor in a shopping mall, architect John Kirk contends.

“If Nordstrom wasn’t there, the little retailers wouldn’t be there either,” the partner in Cooper Robertson says. “A properly designed ballpark in the urban fabric can generate job creation.”

But is it in the public interest to fund a stadium for the likes of Dan Snyder – the current owner of the Washington Commanders, now under investigation by D.C. and Virginia state attorney generals?

Or David Tepper, owner of the Carolina Panthers?

Two questions are embedded there, Kirk notes. One: Is it philanthropy – a way to give back to city? Within the Tepper/Panthers situation lies an irony, he says. “He grew up in Pittsburgh in modest means and did really well, then looked for the first sports team he could put his hands on,” Kirk says. “He should be investing in the Pirates or the Steelers, for philanthropy instead.”

And surely, no one’s ever looked to Snyder for any significant philanthropic activity. His financial interests seem to point in the opposite direction – back to himself, not to the citizens of D.C., Virginia, or Maryland. So the question on many minds is: ‘Why should taxpayers fund a new stadium for his team?’

One reason might be Kirk’s second question. It relates to the Bilbao effect of Frank Gehry’s Guggenheim Museum in that Basque city, once a decaying industrial hub. “It’s now a model for how a public space can become an economic engine and destination,” Kirk says. ‘It’s a double-edged sword and a tricky one, because those elements inside a city are good for the city, if done properly.”

Certainly, Cooper Robertson knows how to do the urban realm properly. The New York-based urban design and architecture firm has been master-planning cities since its founding in 1979. It’s responsible for Battery Park City, developed at the same time that Andres Duany and Elizabeth Plater-Zyberk were designing Seaside in Florida. “We wanted to return things to a normalcy – with towns, as opposed to sprawl for the public realm,” he says.

The firm followed up with master plans for Watercolor on the Gulf of Mexico, then Celebration outside Orlando, and more. “We did the master plan for the city of Baltimore that proposed a baseball stadium downtown, next to a long, thin building, which is where Camden Yards is today,” he says.

When George Steinbrenner threatened to move his Yankees out of the Bronx, the firm suggested relocating Yankee Stadium to a site west of Penn Station, on a concrete platform above an active railyard. “You could have looked at the game and seen the Midtown skyline,” he says.

Instead, Steinbrenner and the city came to terms, the stadium stayed in the Bronx, and Hudson Yards has risen mightily on the site that Cooper Robertson selected.

For the Whitney Museum of  American Art, the firm scoured Manhattan for a new site and settled on then-gritty Chelsea. Today the museum anchors the High Line. “It’s different now – because we look for ways to enhance and transform what’s there,” he says. “And we listen to what the community needs – it’s like the Hippocratic oath: ‘First, do no harm.’”

He believes a ballpark in particular should serve as an iconic urban element that’s part of the city fabric – rather than a suburban stadium surrounded by acres of asphalt. “An urban ballpark wants to be part of the community,” he says. “It needs to be a place where kids can skip school, walk to the ballpark, and sit in the general admission section.”

Kirk points to icons like Yankee Stadium, Fenway Park, and Wrigley Field as symbols of urban baseball success. “Most owners would take the ballpark outside the city where land is cheap, and put up a brand-new stadium and a surrounding sea of parking,” he says. “But that’s not what it means to be a baseball stadium.”

Rather, it’s meant to be an experience – a destination that can be reached on foot, by bike, or with public transportation. “It needs to be a ritual, like a public competition about which subway train gets you there first,” he says. “Yankee Stadium fans cheer for that, and they can feel that elevated wall with trains on it, and there are the people sitting on rooftops watching the games for free.”

In other words, a stadium is a major contributor to the heart and soul of the urban experience.

Which is something, one senses intuitively, that Dan Snyder will never grasp. 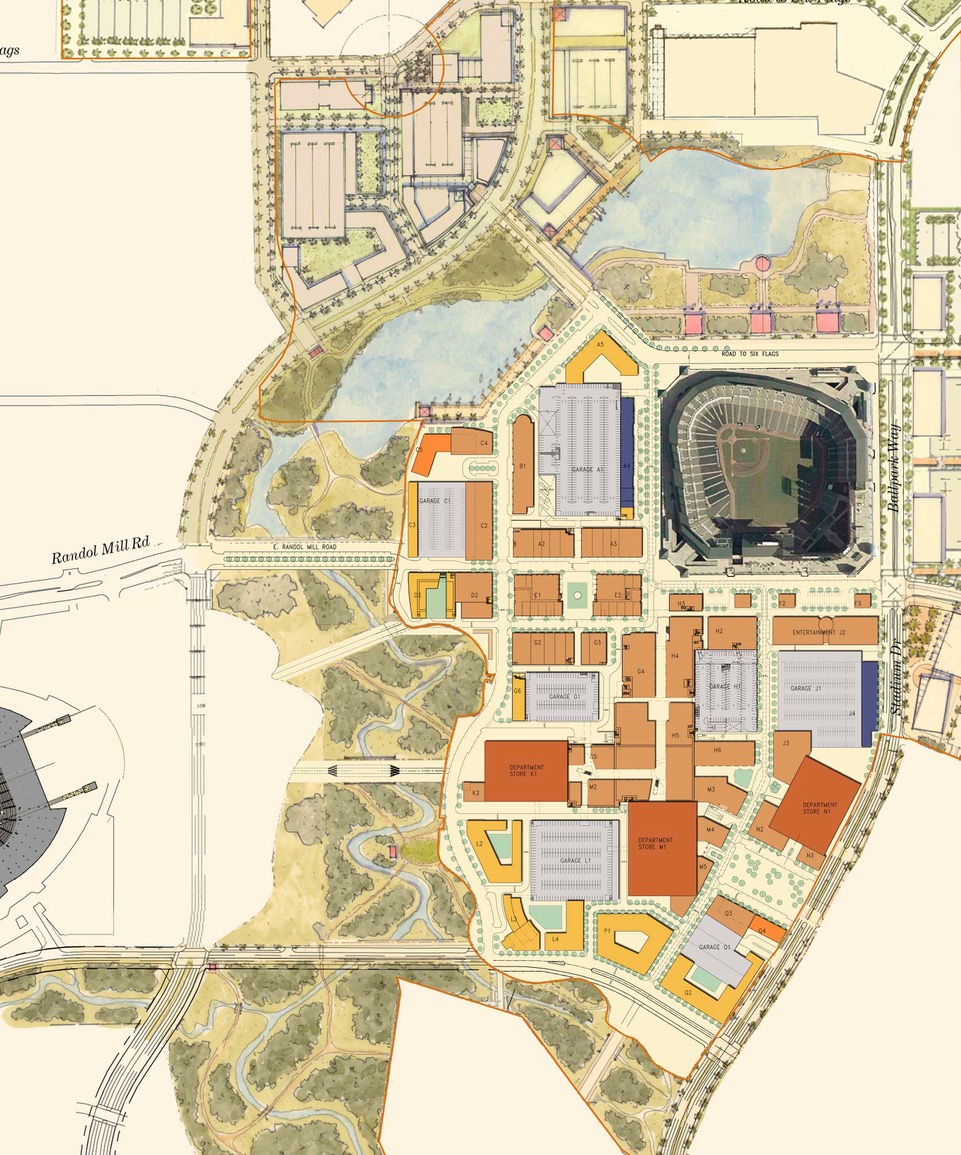 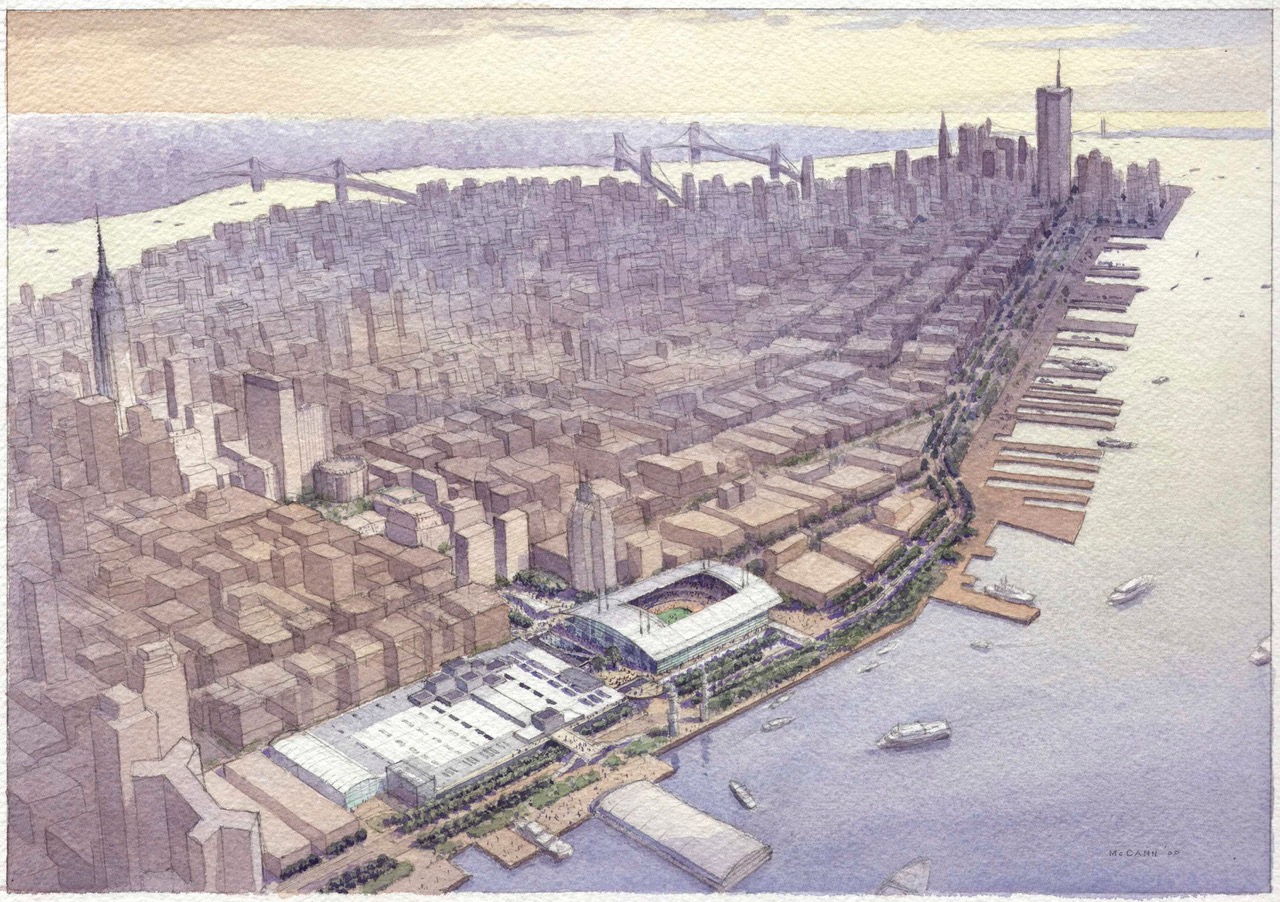 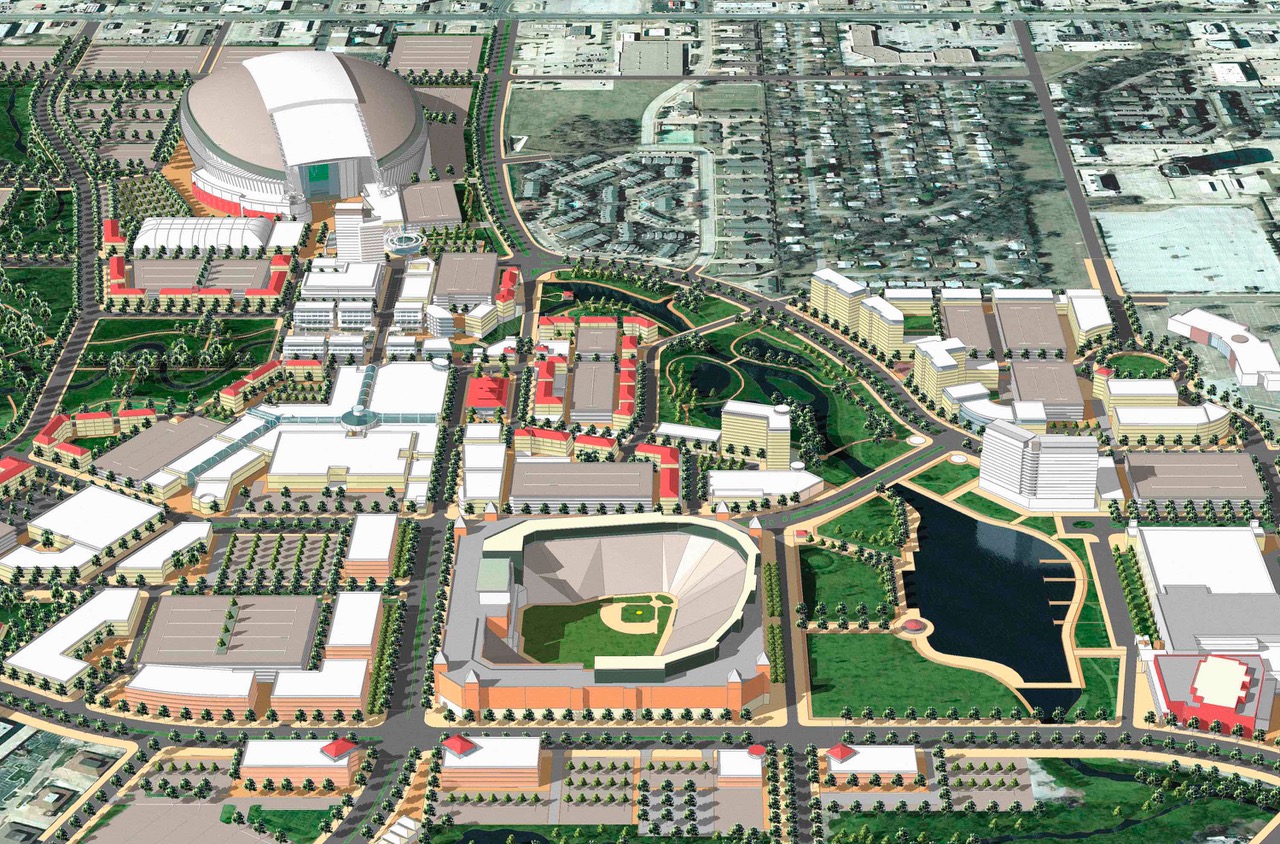 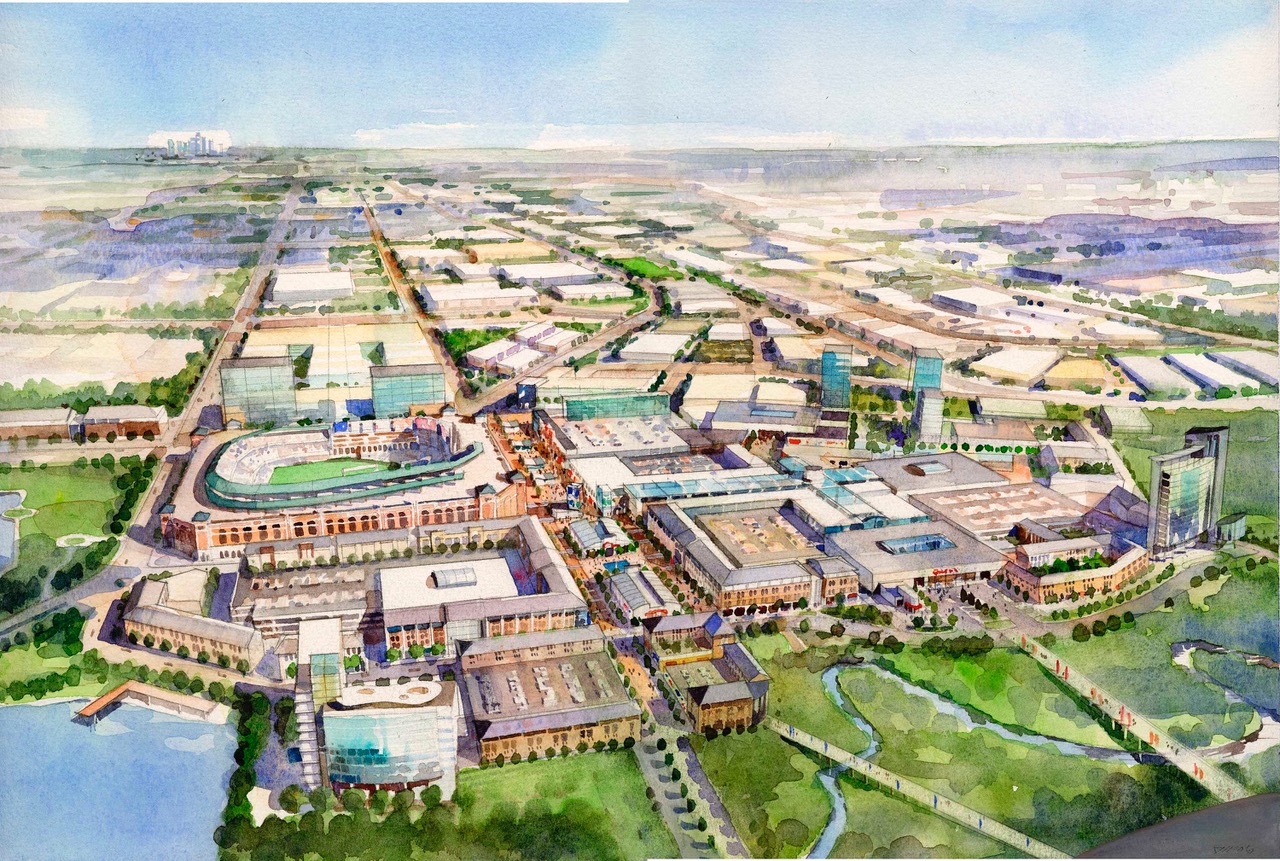 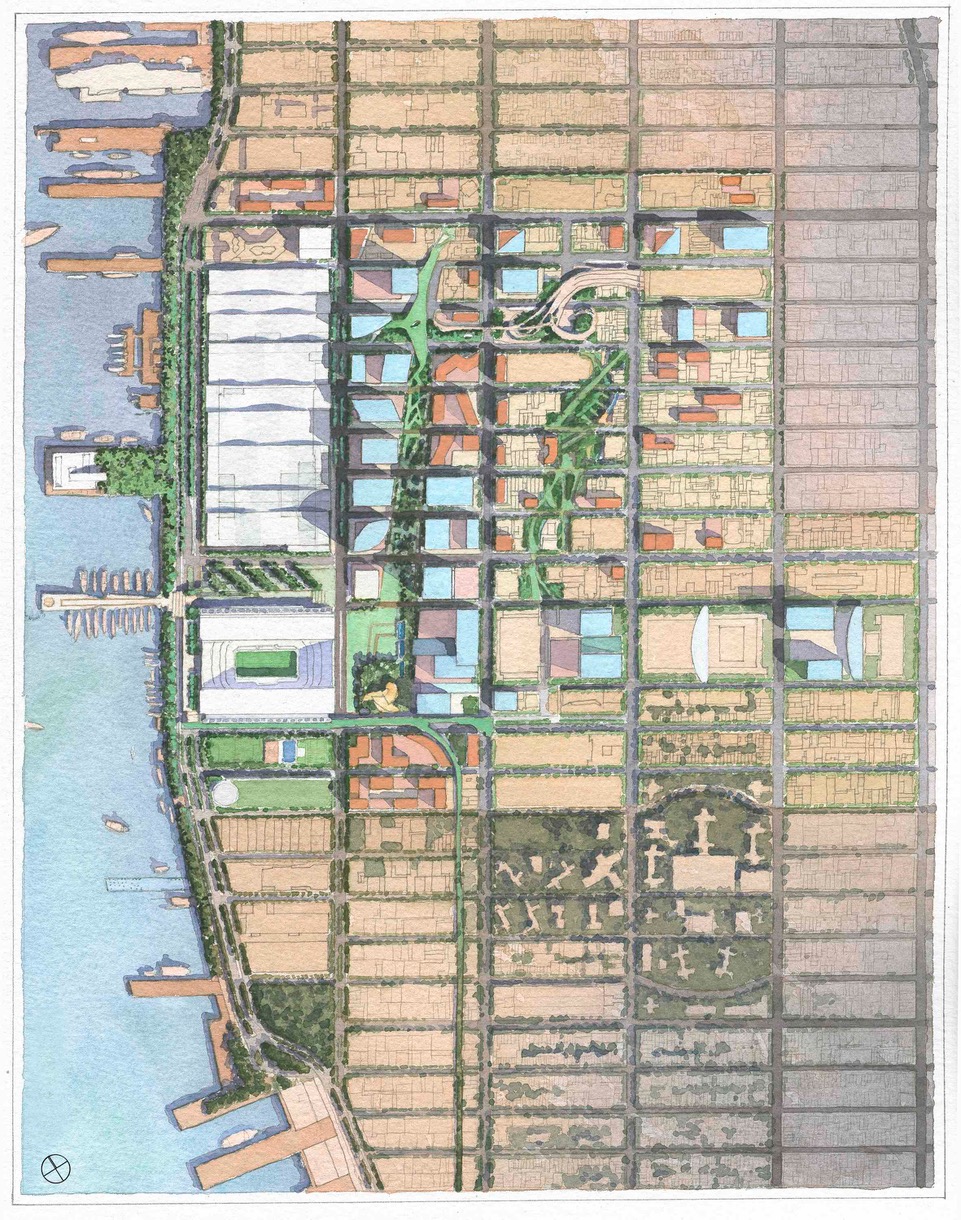 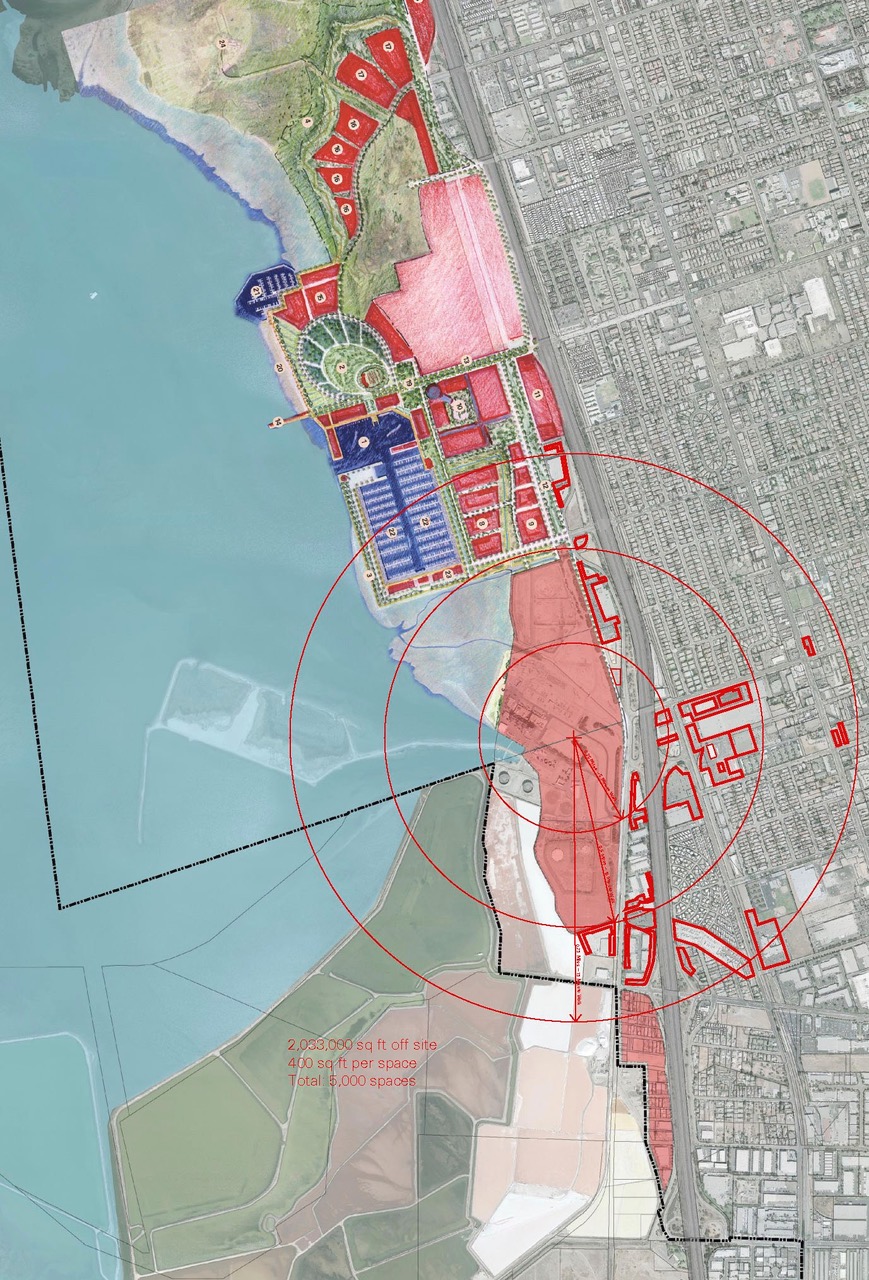 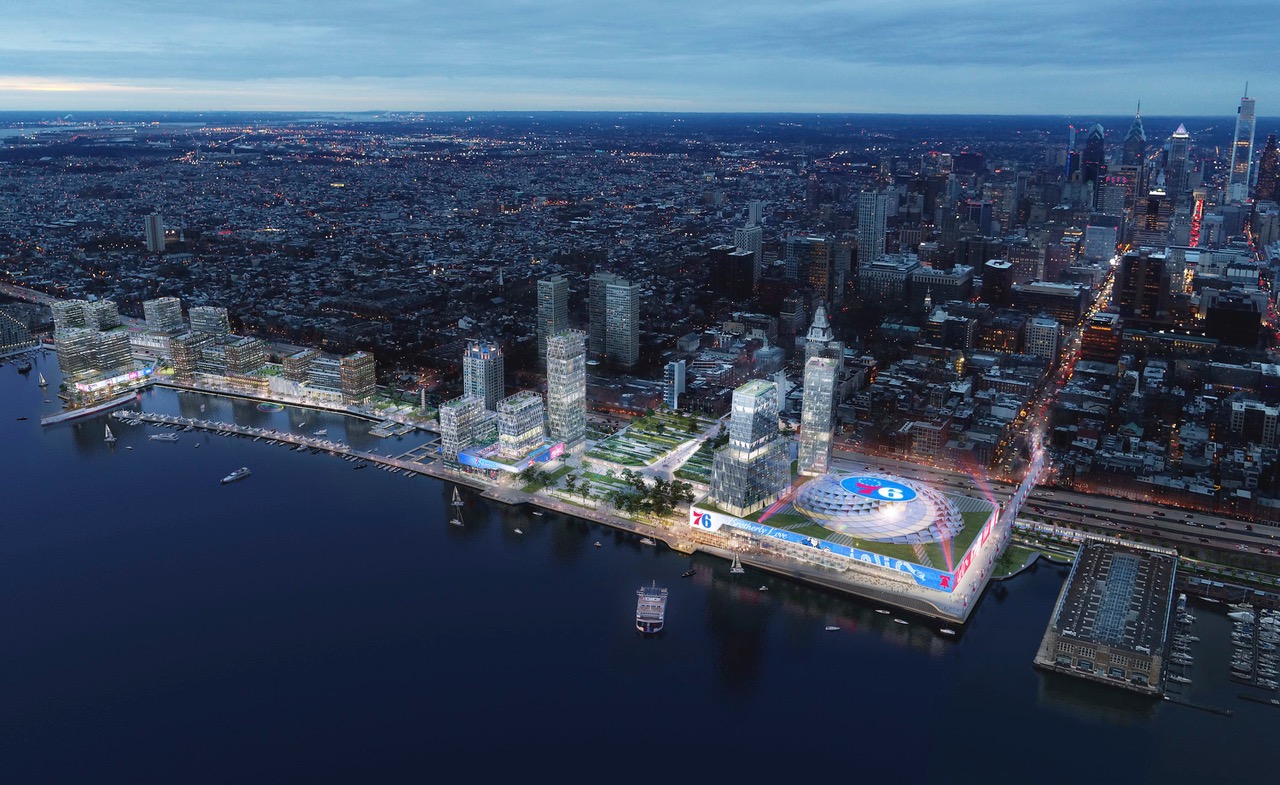 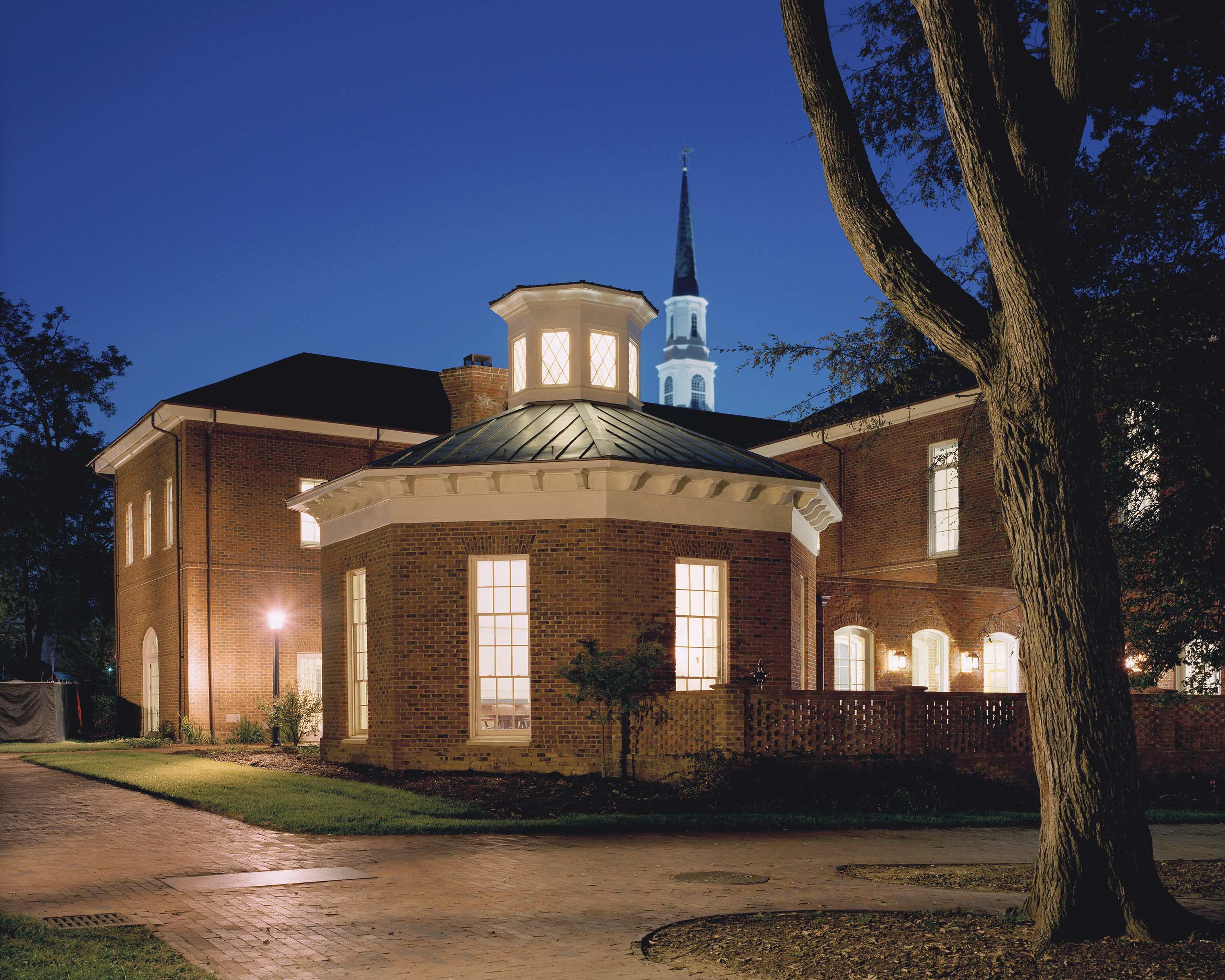 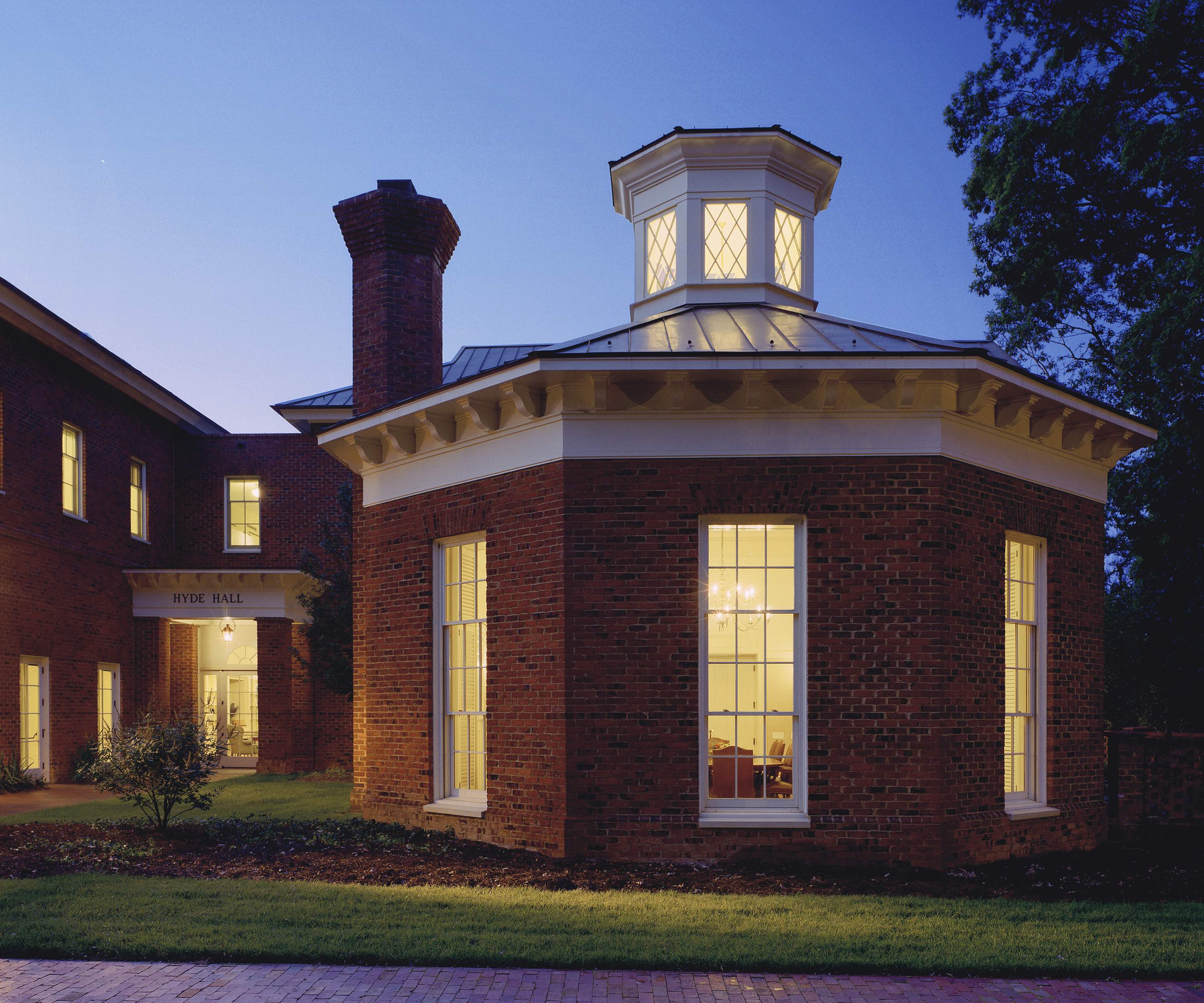 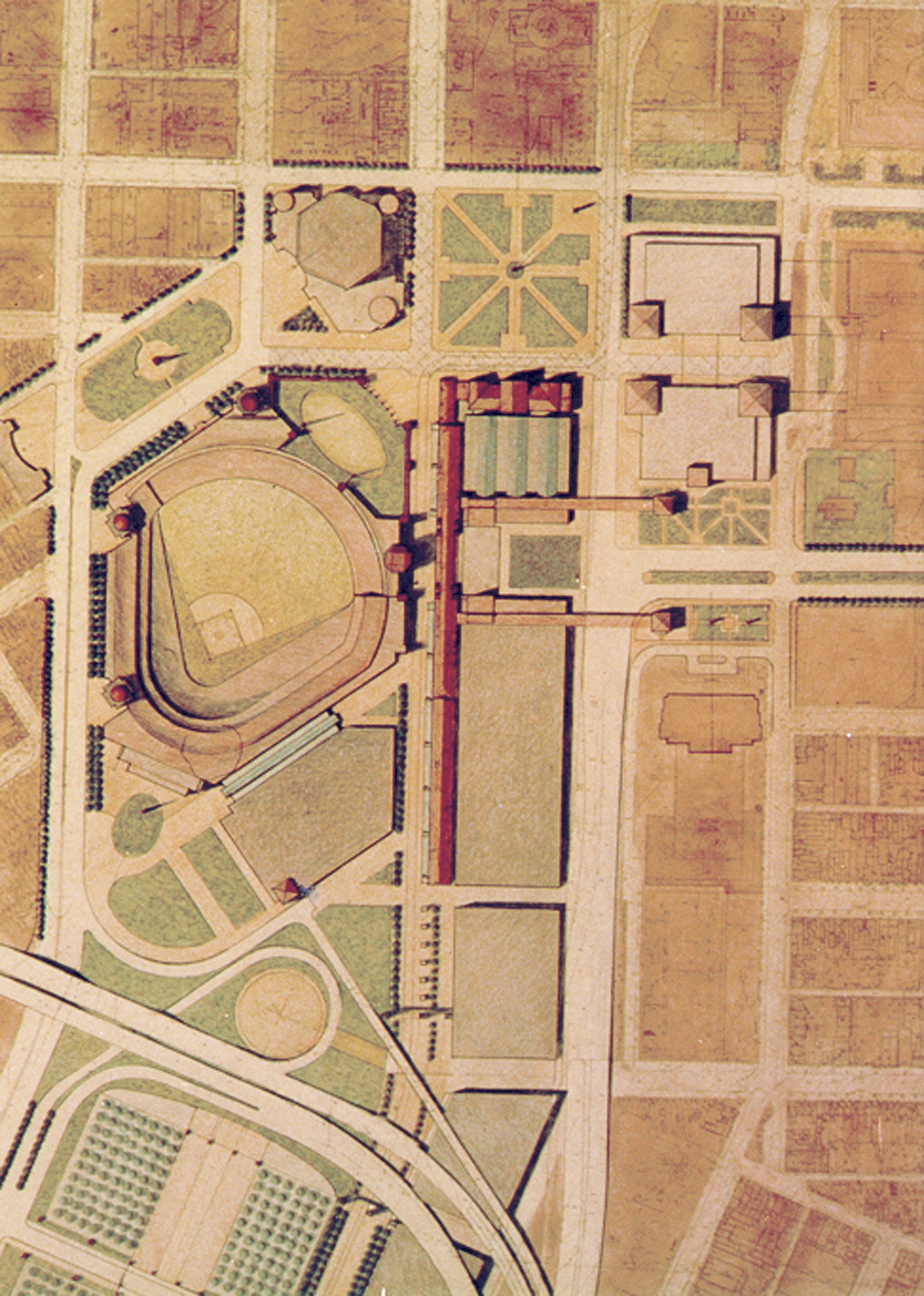 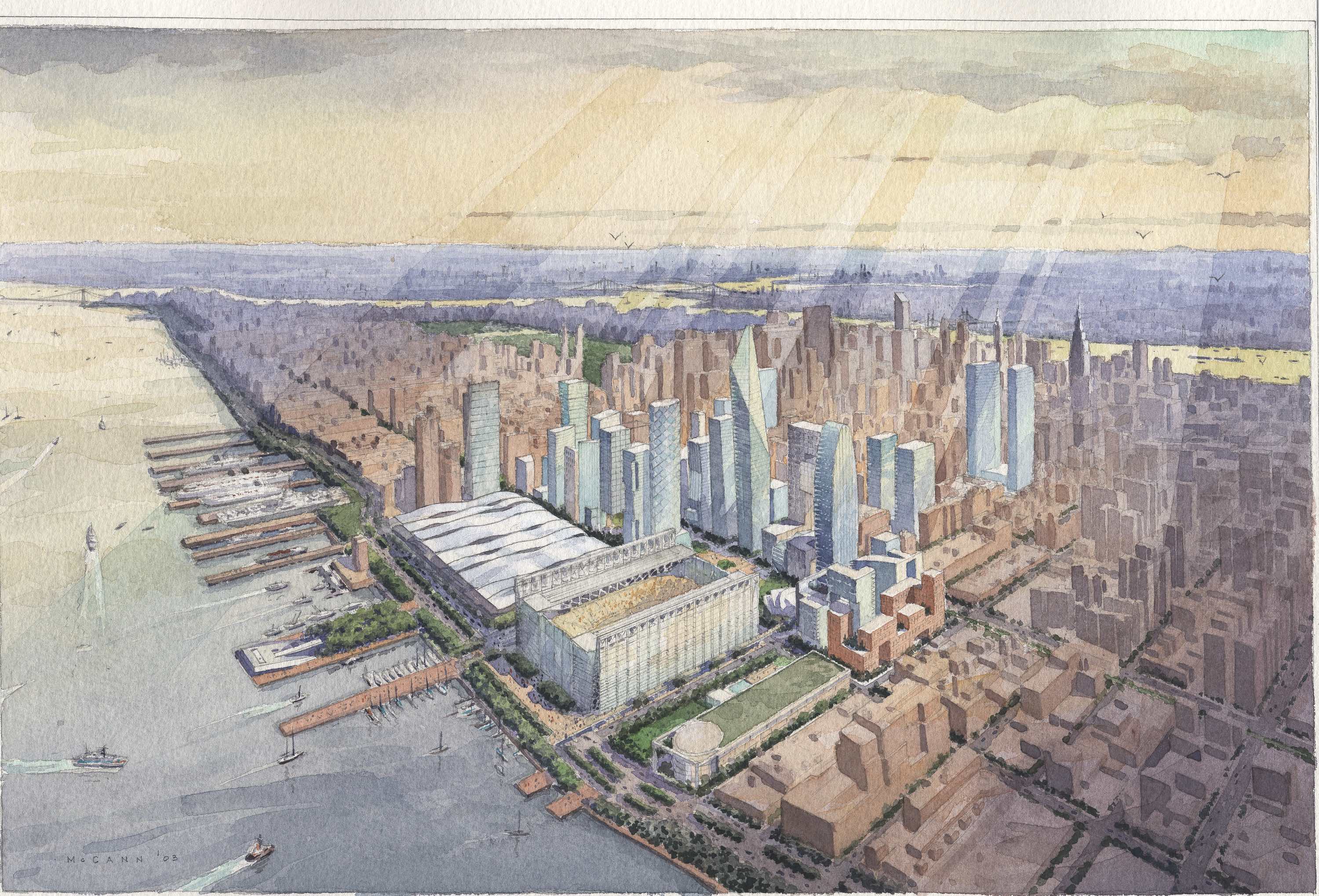 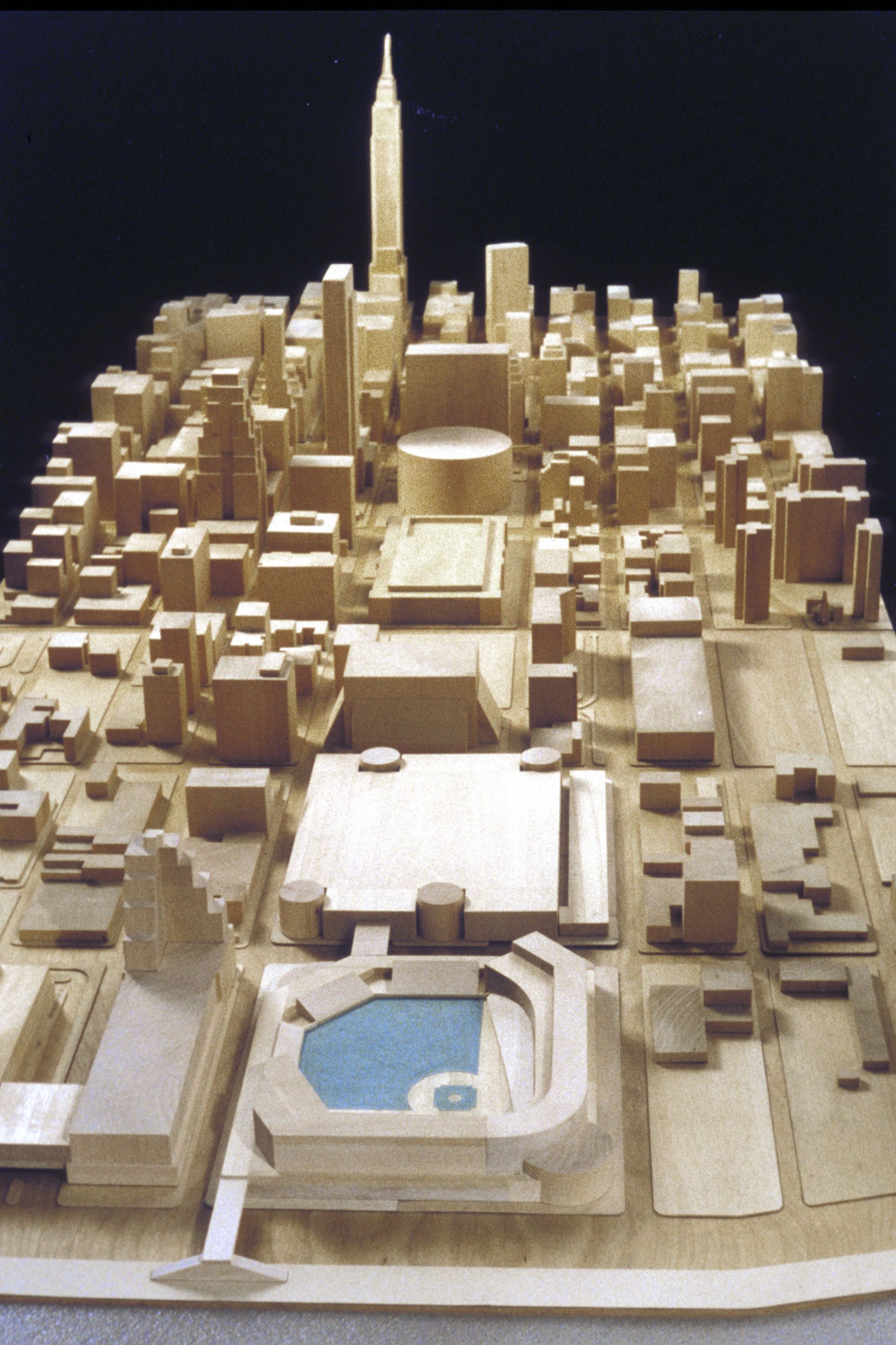 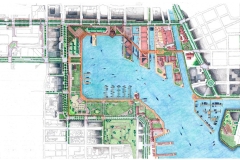 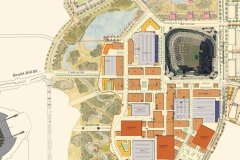 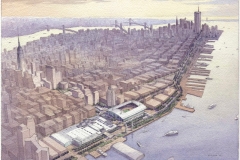 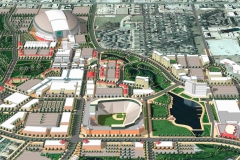 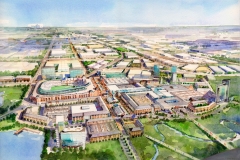 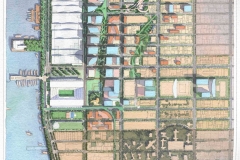 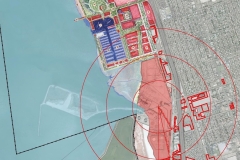 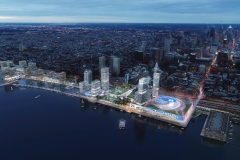 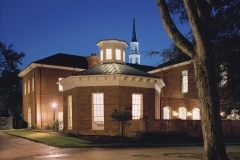 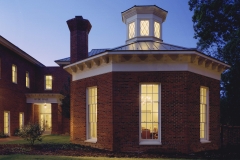 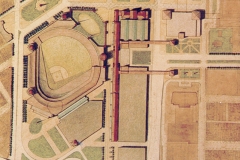 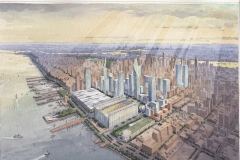 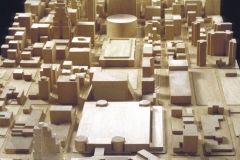 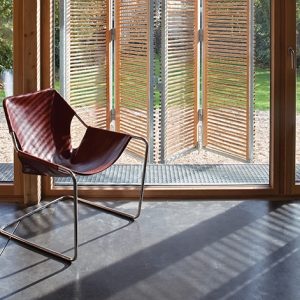