A master craftsman, Zimmerman works with glass the same way Italian artisans have for generations.

But he relies on heat, gravity and centrifugal force to intervene – and to form abstractions.

“I know that if I blow a bubble up very, very thin, I can allow natural actions to design with me,” he says. “If I push too far, the accidents will collapse it – the glass is fluid, and then you can see that moment again. It freezes moments in time.”

His method introduces a spirit of spontaneity into what’s actually an extremely controlled process.

“It’s a combination of having intent and letting go,” he says.

In a new exhibition at R & Company (formerly R 20th Century) in Manhattan, Zimmerman’s showing a series of large “crinkled” vessels, some encrusted with glass gems. There’s also a body of work inspired by infinity – clusters of giant glass spheres and mirrors embedded with orbs.

In addition to his hand-crafted objects, though, he also specializes in site–specific, custom commissions.

“I like to create environments like David Lynch or Matthew Barney – it’s beautiful, but a little disturbing,” he says.

The idea is not to be afraid of beauty in artwork. “I think it was a no-no for a long time,” he says. “But now it’s accepted. You can create an environment that’s not been seen before and make people think.  It’s an abstraction, so viewers can ask questions –  but it’s up to them to interpret what’s happening.”

It’s all about exploring physics, both micro and macro. “It enables me to see cosmic patterns, on a larger scale,” he says. “There’s a physical connection to the glass blowing, one that’s affected by gravity and heat – I’m allowing gravity to participate in my designs.”

And it’s a beautiful thing. 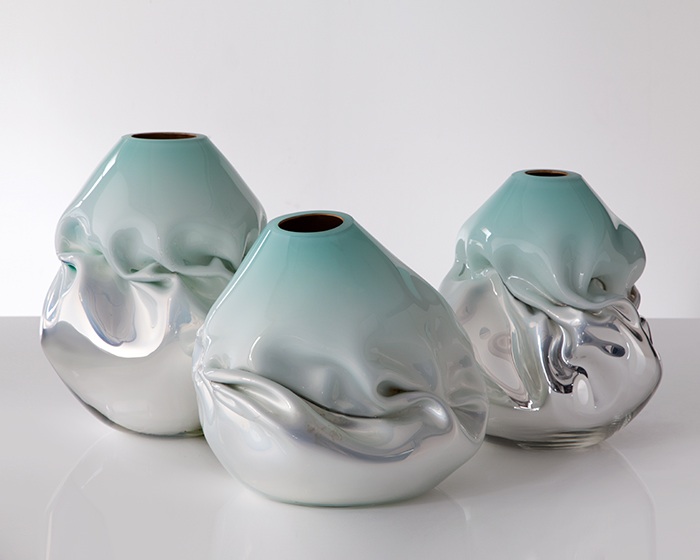 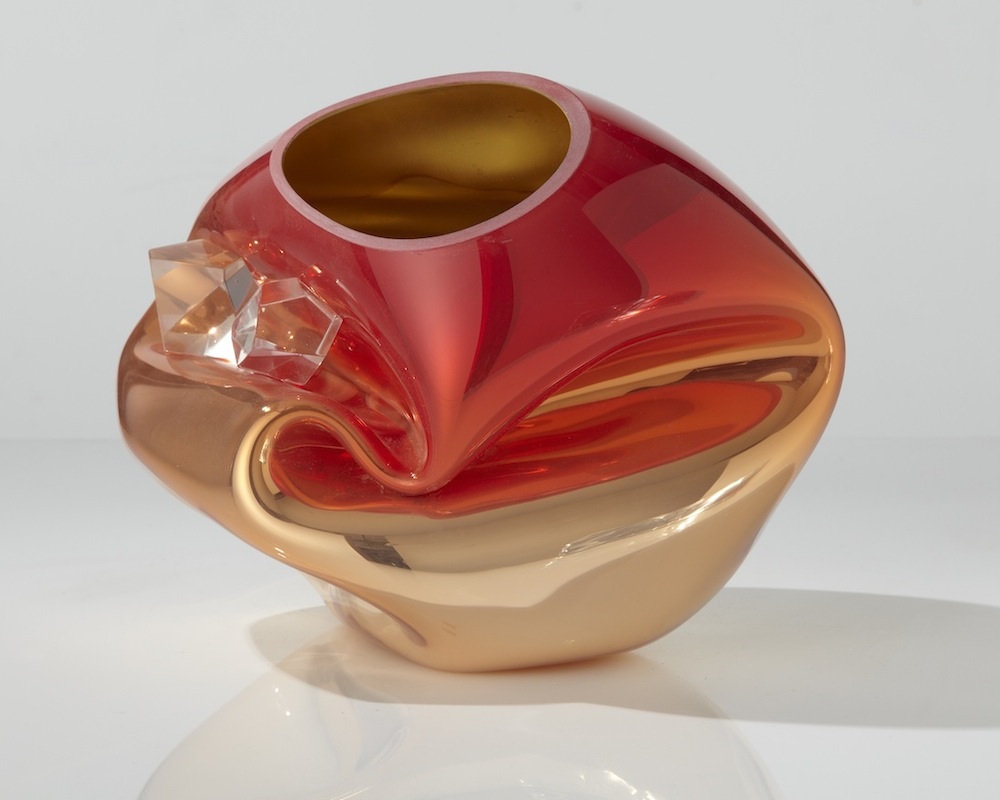 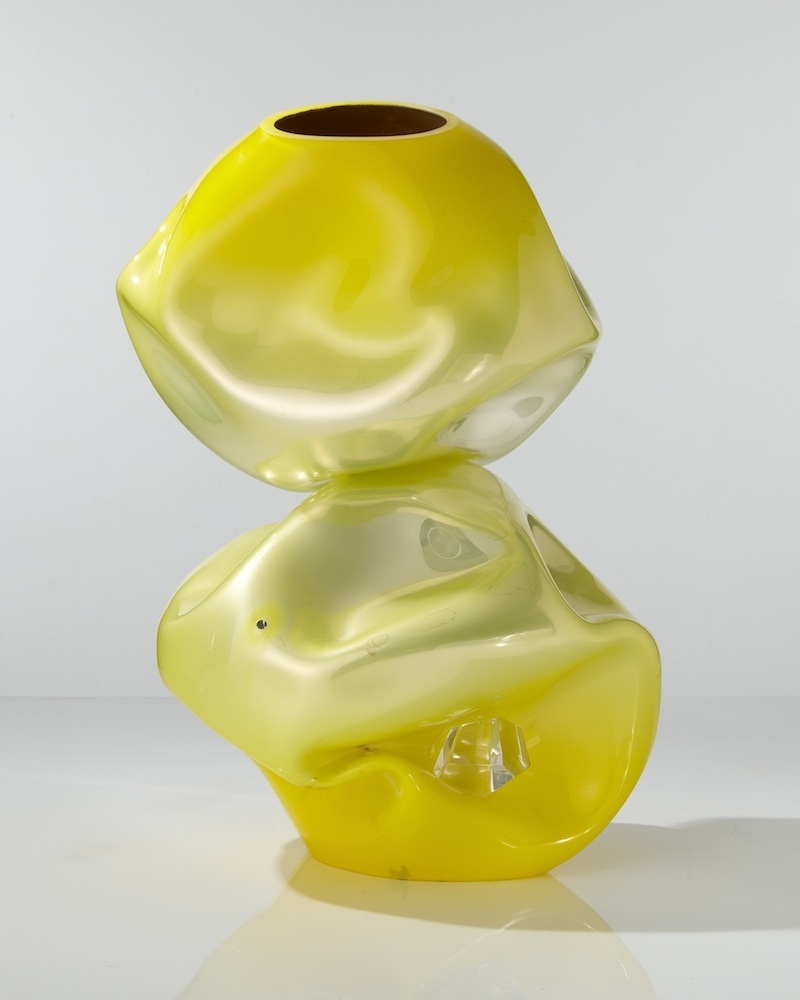 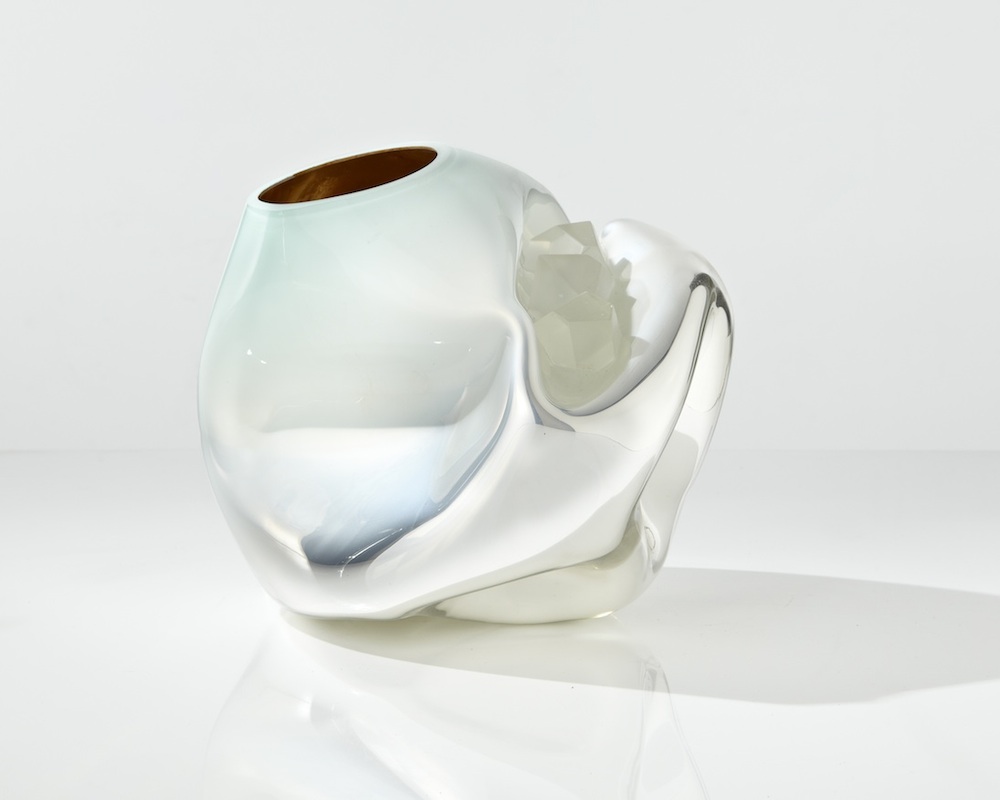 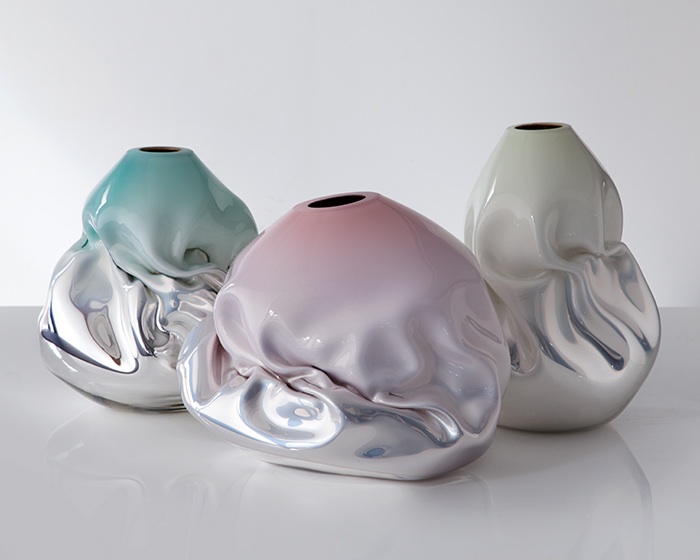 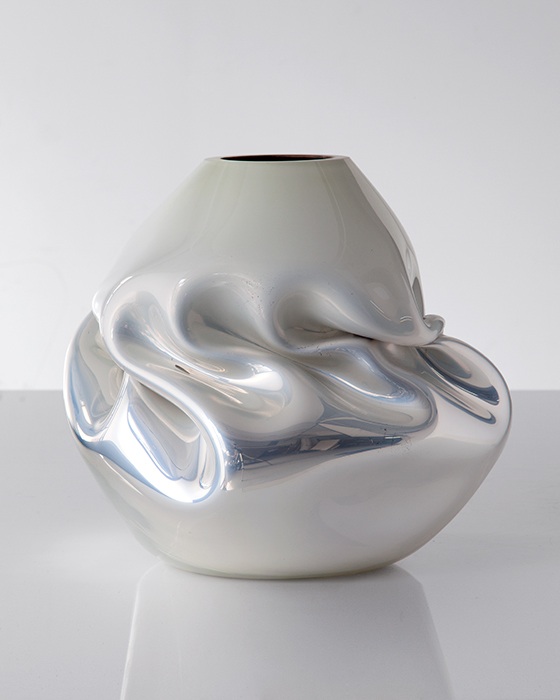 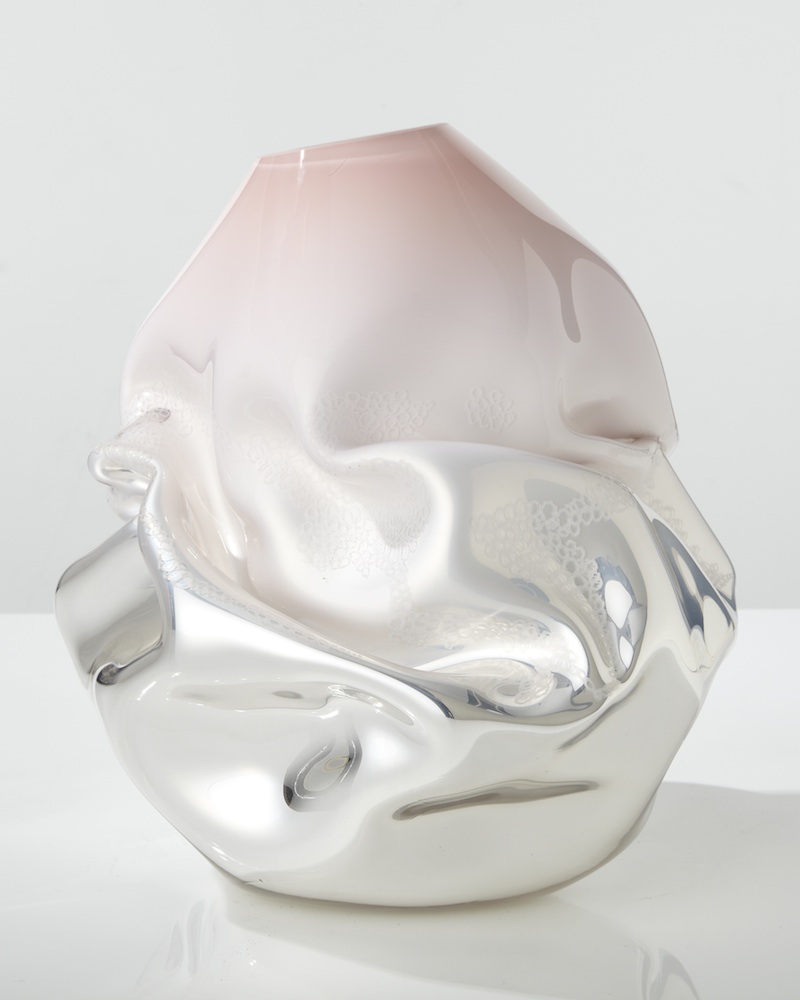 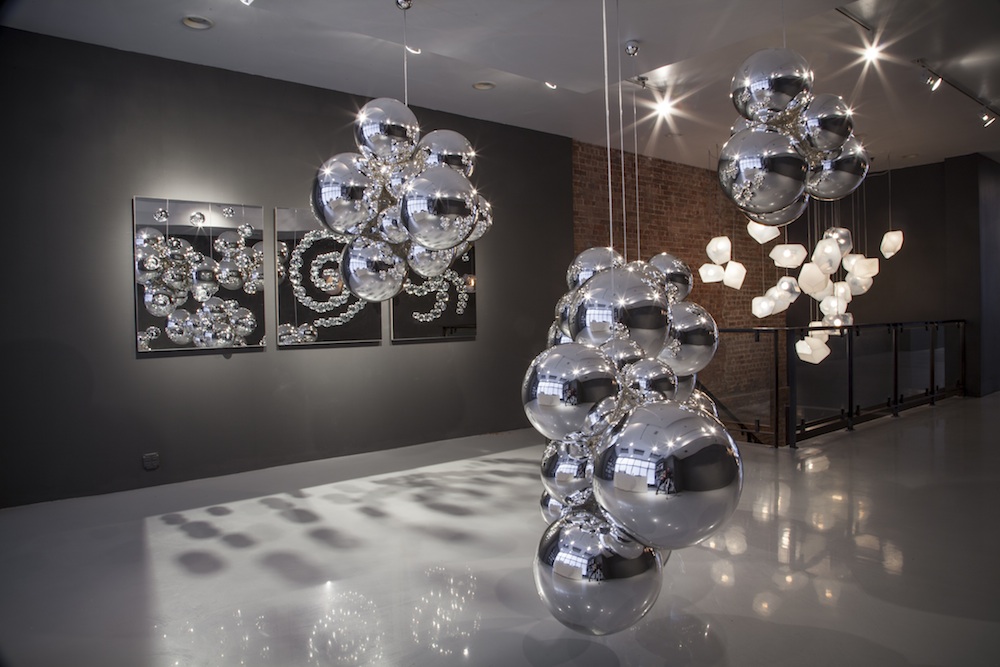 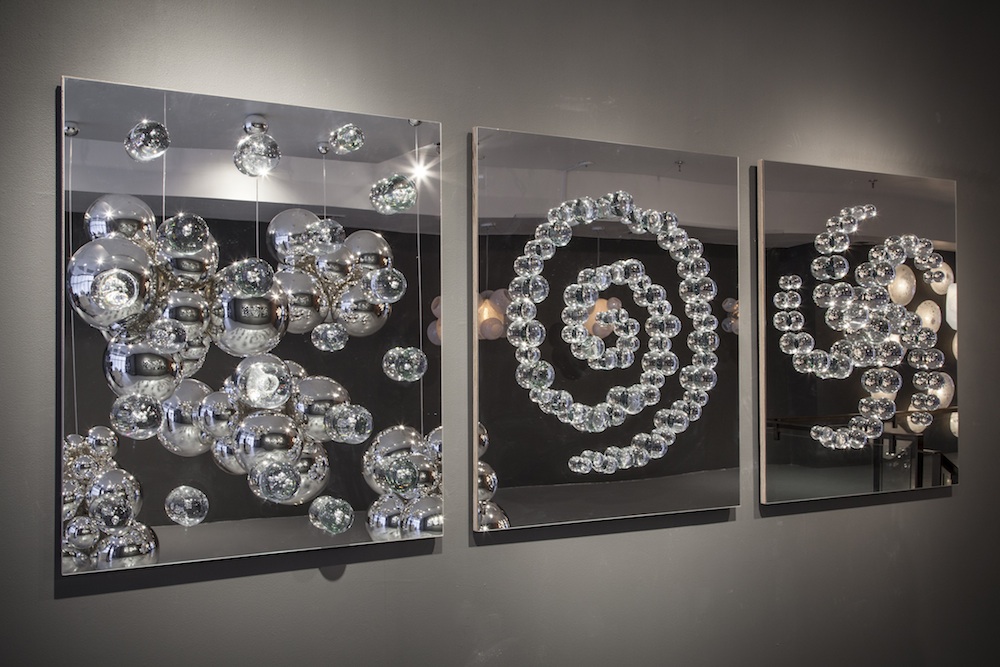 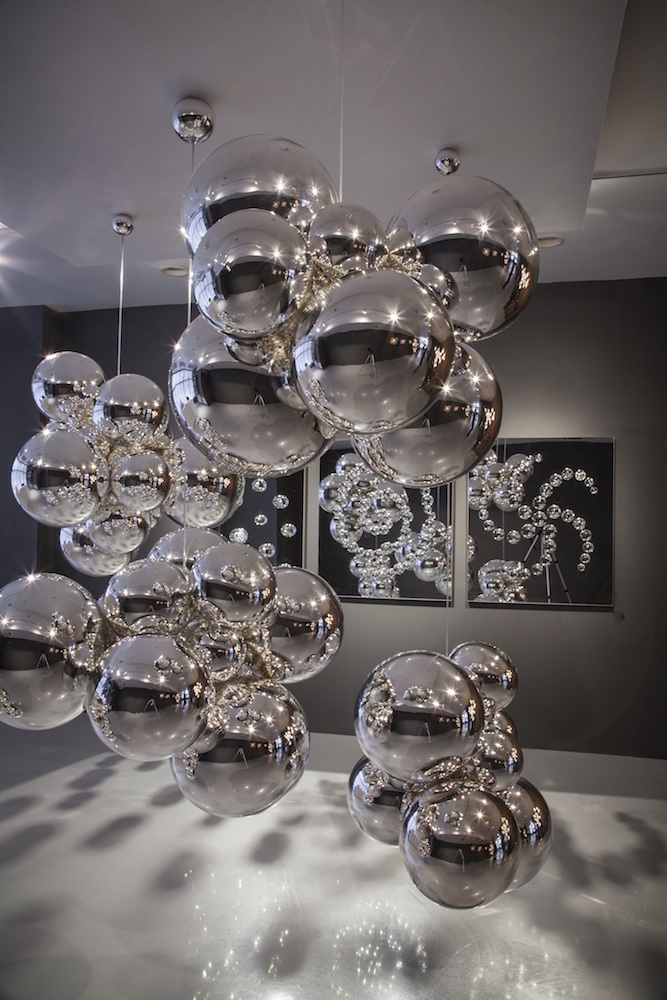 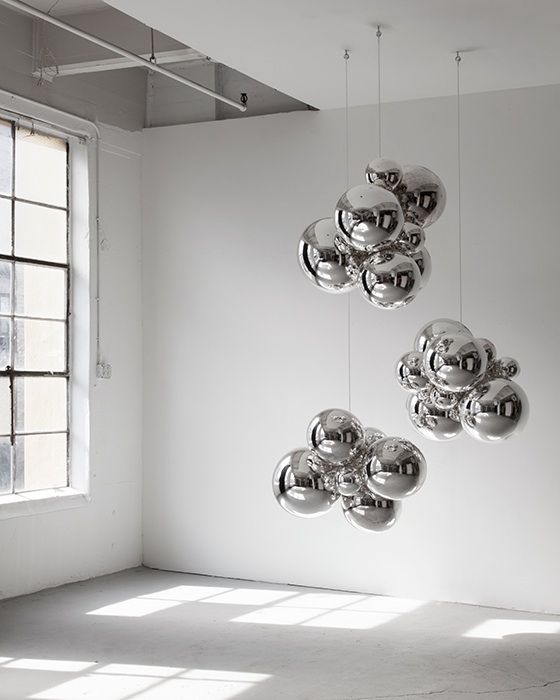 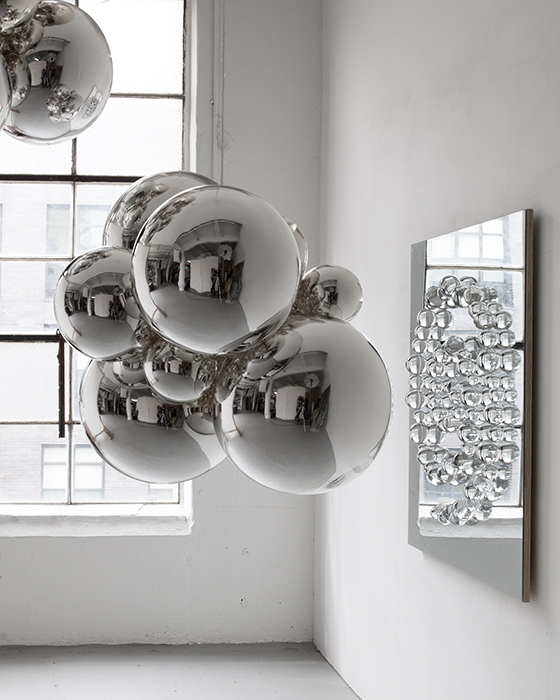 Indigo Tiles, for the Educated Crowd

Indigo Tiles, for the Educated Crowd

It should come as no surprise that the color blue might resonate strongly with Deborah Osburn’s customers when she recently...