The new John Jay College of Criminal Justice building has been open just two weeks, but its social cascade between upper and lower spaces has already earned its sobriquet from students there.

They call it the “Jaywalk.”

“The roofscape of the lower part functions as a podium and outdoor campus green,” says SOM architect Mustafa K. Abadan.  “The upper part is a series of interior atriums, with a science quad, a humanities quad and a justice quad. They’re all interconnected communities that bring people together around a central space, where people can study, socialize and run into each other for academic discourse.”

The 625,000-square-foot “campus within a building” doubles the size of John Jay’s existing facilities.

It’s been part of the City University of New York (CUNY) since 1964, and educates 15,000 students annually in emergency response, forensic psychology, and cyber security. Before the construction of the new building, the college was located in Haaren Hall, an early 20th century building fronting 10th Avenue and North Hall, a former shoe factory on West 59th Street.

The college had been steadily expanding for some time and, after the September 11th attacks on New York, enrollment increased dramatically to the point where the school outgrew its facilities. The new building is a critical component of John Jay’s transformation into a senior college of the CUNY system and is an expression of the college’s continued commitment to “educating for justice.

The new building consists of a four-story, 500-foot long podium and 14-story tower. The podium, which provides connections to Haaren Hall, contains dense social and academic programs and is topped by a 65,000-square-foot landscaped terrace that will act as a campus commons. The tower, known as “the cube,” contains faculty offices, academic quads, a conference center, and instructional laboratories.  The scale of the new building is similar to its adjacent buildings along 11th Avenue and provides a strong visual presence for the College from the West Side Highway.

“This changes the image of the college,” Abadan said of his new building.  “It brings a lot of daylight in, with the curtain wall of fritted glass for glare and heat control, and its vertical fins give it a reddish color that refer back to the Dutch Colonial color of the original brick.”

And, he said, it symbolizes the transparency of justice.

For more on the John Jay College of Criminal Justice, go to http://www.jjay.cuny.edu/ 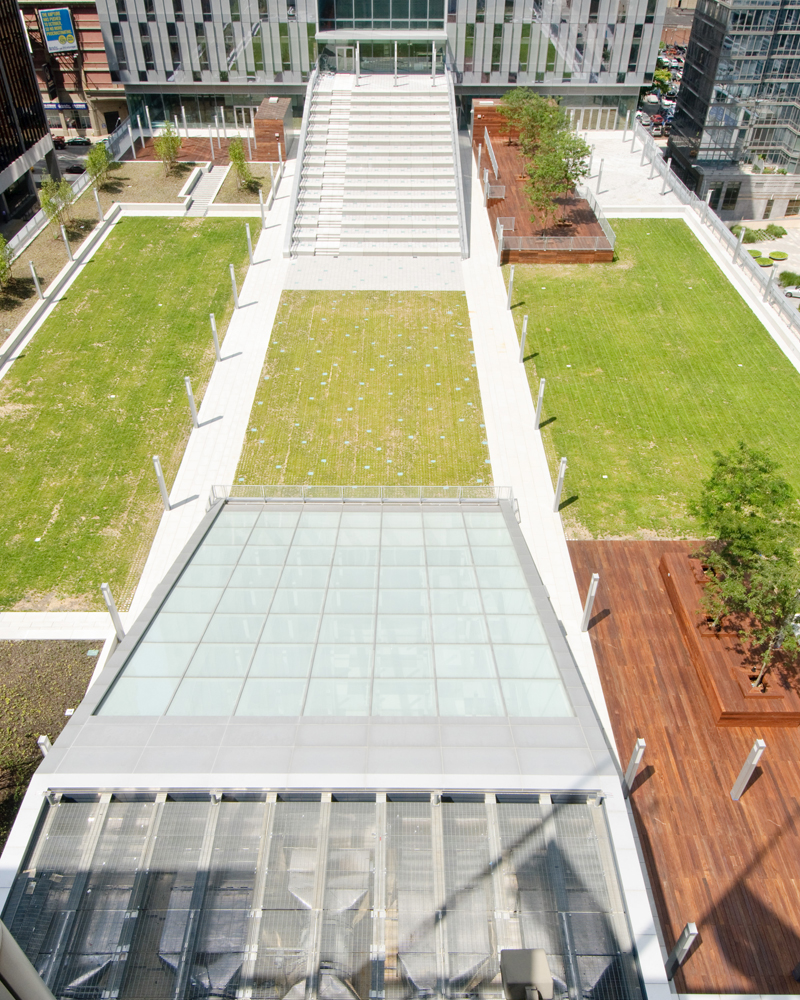 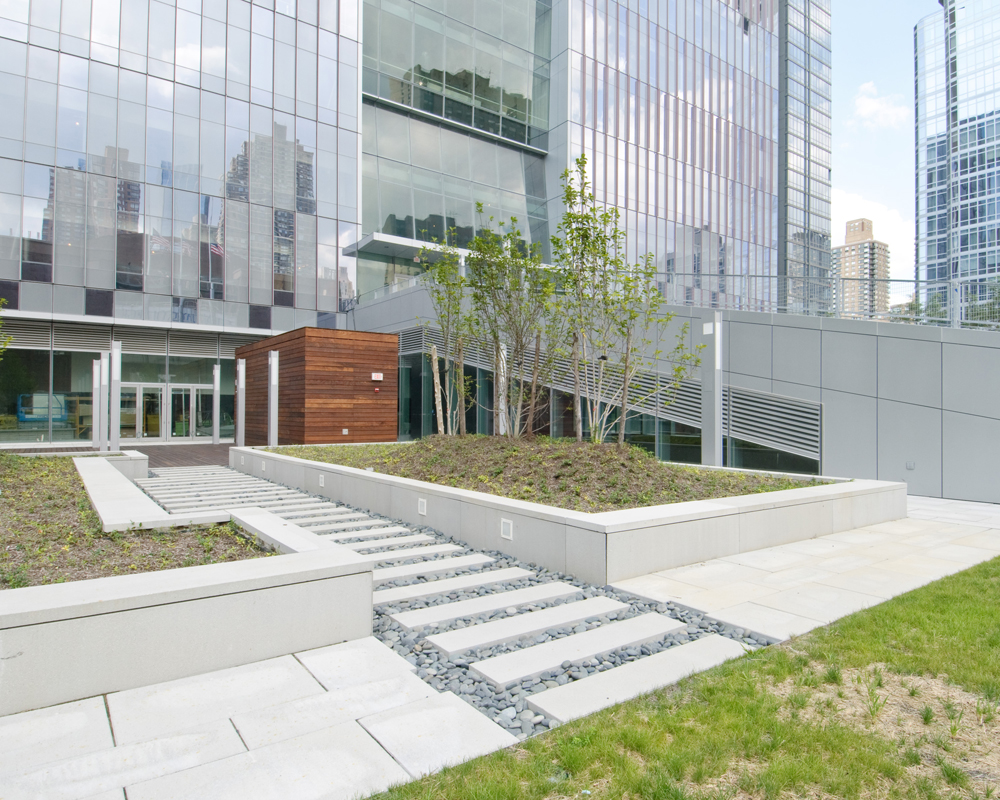 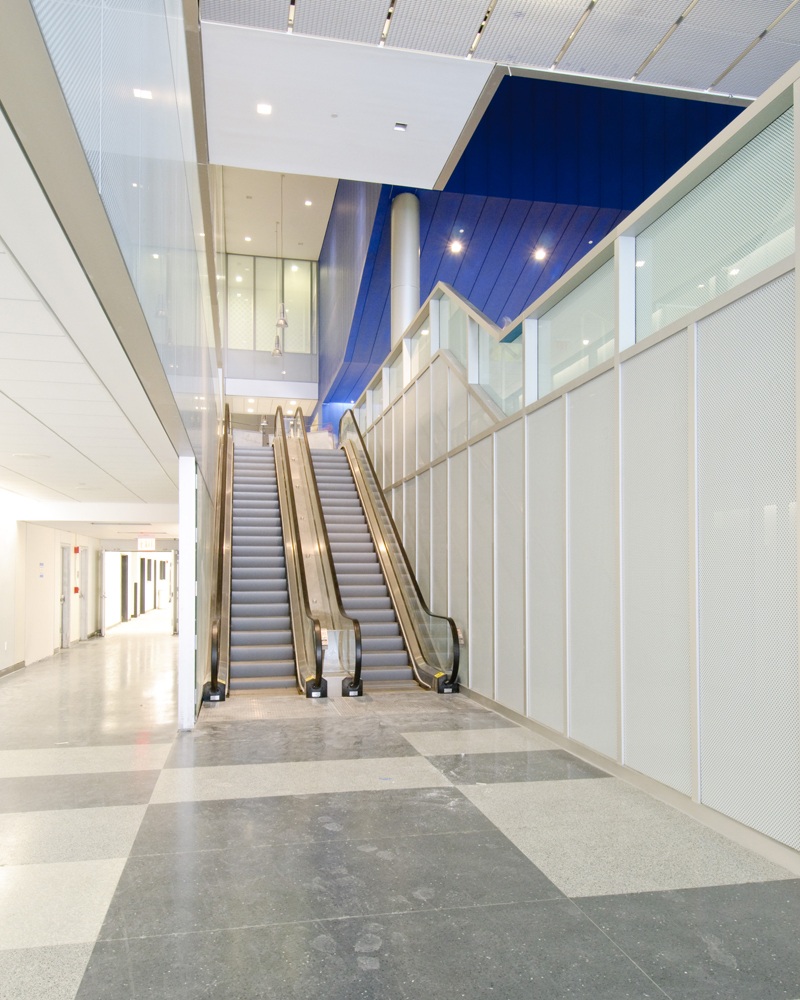 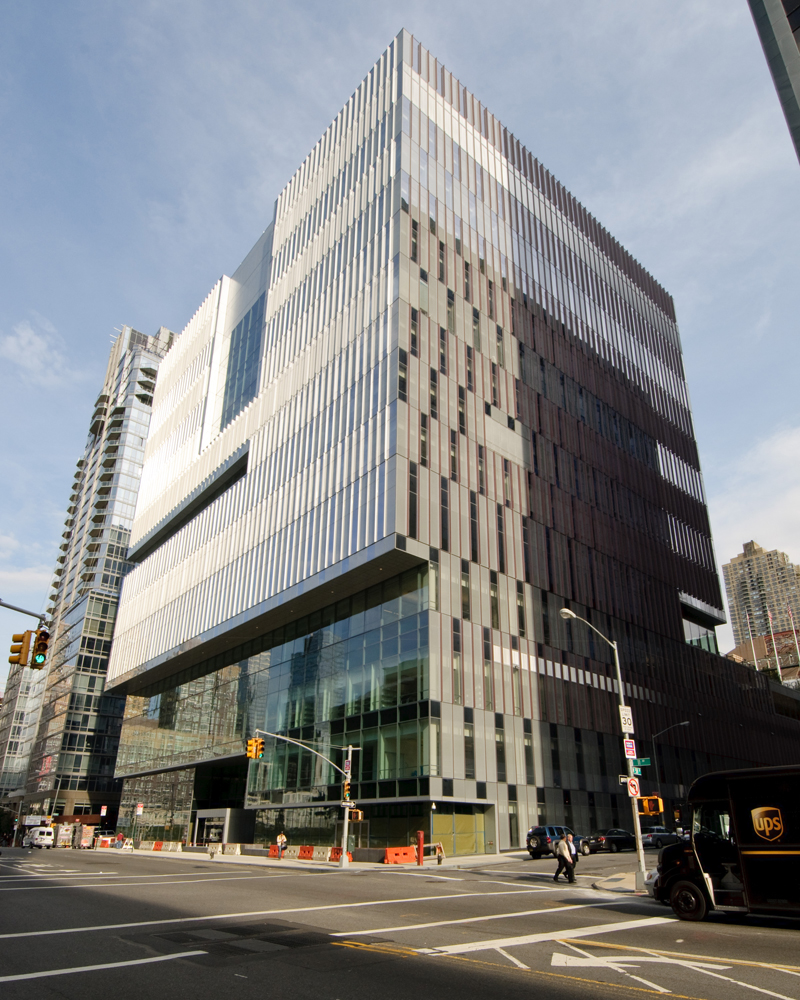 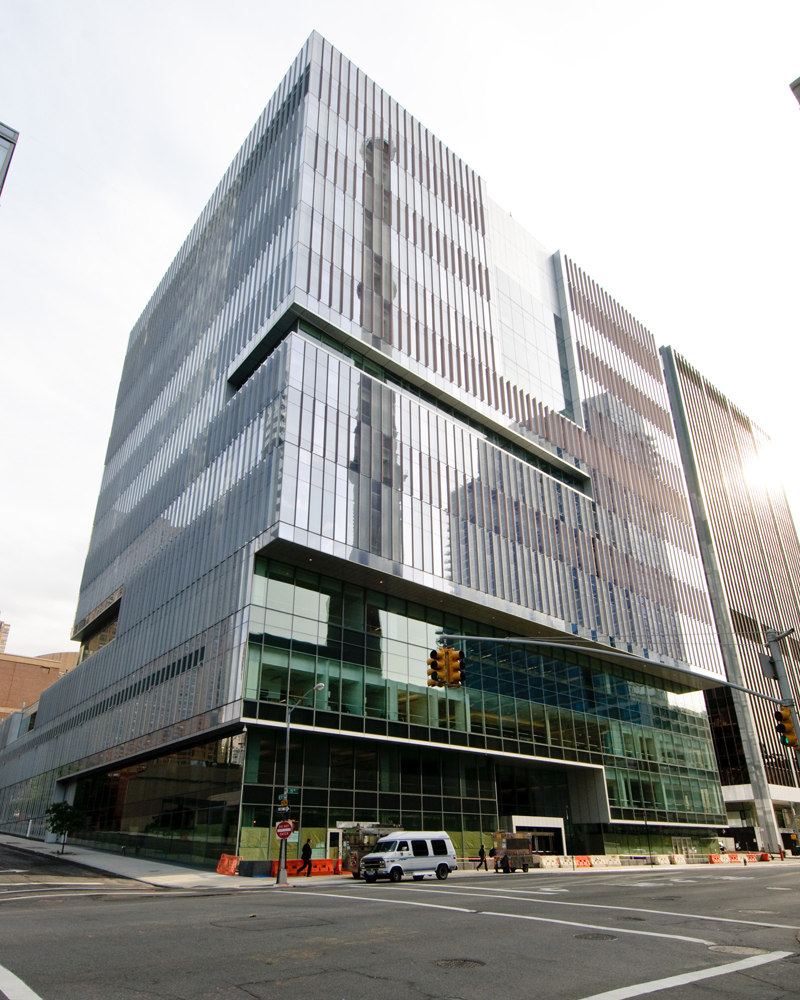 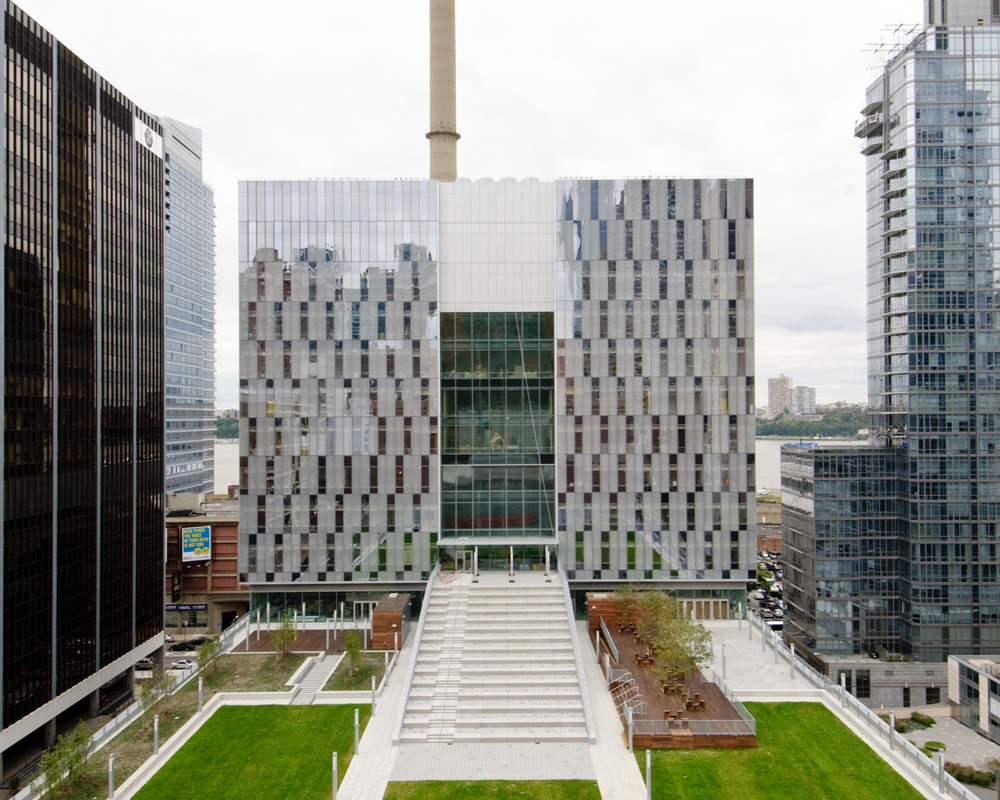 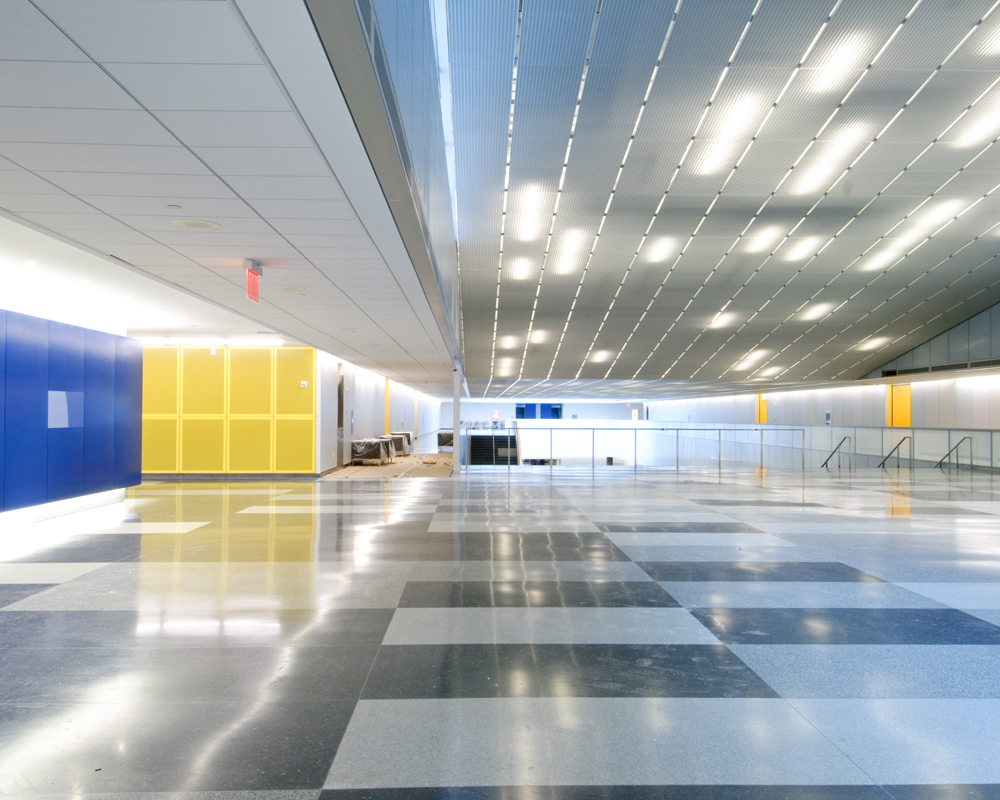 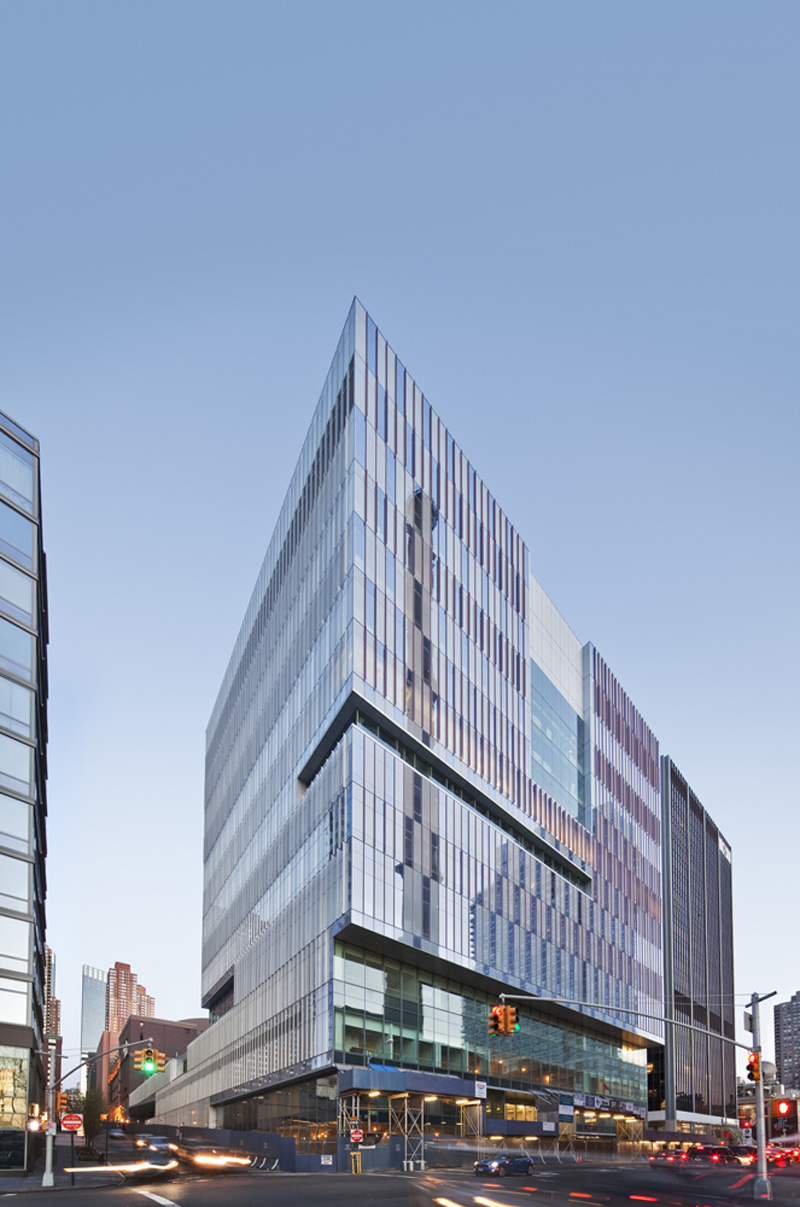 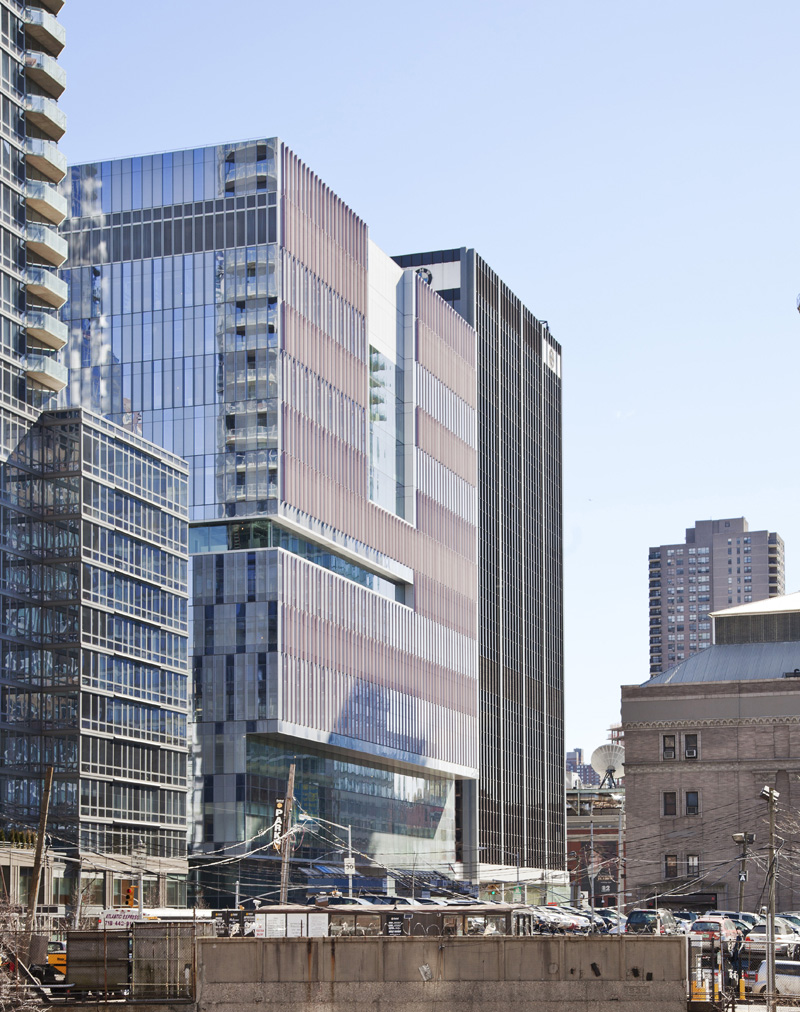 The first exhibition on the work of modernists Gwathmey Siegel and Associates Architects will open on Monday, Nov. 14 at Paul...