History, pathos, mysticism and ancient Chinese ideograms form layers of innuendo in Janet Kozachek’s multi-dimensional art.  She works in ceramic relief, pique assiette and handmade tiles where each of her mosaics represents a journey into the landscape of her mind.  Her “Archaeology” series is “an observation on the limits of memory, preservation, and on the vagaries of human conquest – both physical and ideological,” she says.

Inspired by travel to Pompeii, Herculaneum, Ostia Antica and Xian, China, she creates mosaics that excavate and unearth naked figures surrounded by literal and spiritual fragments. She assembles them spontaneously and relies largely on serendipity for source material in both theme and object.

The individual tesserae in Kozachek’s art are humble in origin – bone fragments, rocks, rummaged junk and salvaged material from roadside walks. Each intact figure is sculpted in white earthenware clay. Miniature tiles are inscribed in Zhuan, the 2,000 year old form of Chinese calligraphy.

As a graduate student at the Beijing Central Art Academy, Kozachek discovered and mastered the art of stone seal carving. “The ancient seals were printed on paintings to indicate mood, ownership and authorship; however, they also a have history in apotropaic powers [an ability to ward off evil] of magic,” she says.  Each seal-carving in her mosaics, sketched in sgraffito on ceramic, translates into a phrase of enigmatic poetry, perhaps inserted to banish any evil spirits lurking among the shards.

An elongated oval tile in “Kneeling Woman” refers to Kozachek’s personal origins. It reads, “Life from a Swamp.” In Chinese, New Jersey translates roughly as New Swamp Land. It’s the place where she took her first breath, a concept she declared in the second tile nestled in proximity to the small of the woman’s back.

A tile reading “Belief in the Spirit” inspires the title for “Hovering Spirit”.  Repeated faceless white fragments represent a powerful, inscrutable presence, as in “Three Intruding Fanatics-One Throwing a Rock”.  The central figure with his hands over his ears is doing his best to deflect the violence of dogma and rock aimed right his head. His home is nearby, its shuttered and paradoxical windows reading in Zhuan script: “without a home” and “to have a home”.  The original idea was homes and homelessness, but the mosaic evolved into Kozachek’s own material defense against aggressive religious views that she wanted to deflect through her art. Her conclusion was that “the purpose of art sometimes is to maintain humanity within conflict and adversity”.

The unfinished “Subclinical Harpies” illustrates the artist’s process. Kozachek’s accidentally broken handcrafted ocarinas became two oval tiles. Their shapes reminded her of quail, so she created ceramic feet and heads to adorn their plump bodies. Stumbling upon a broken porcelain doll, the feminine birds sprouted arms. The square seal script tile reads, “In All the World There is No Other.”

“It’s a line from a beloved Beijing opera sung by a soldier taking large, self-assured steps toward the audience while proclaiming his uniqueness in the world and reminding us all of the miracle of individuality,” she says. 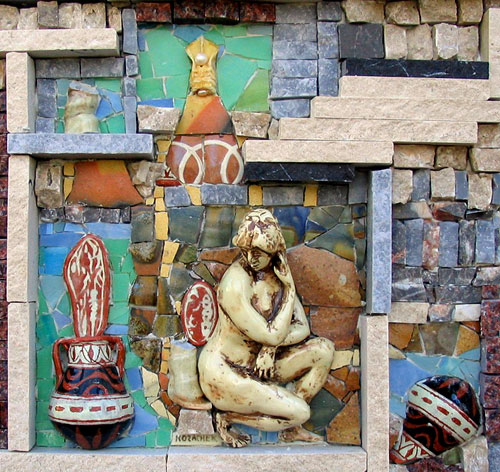 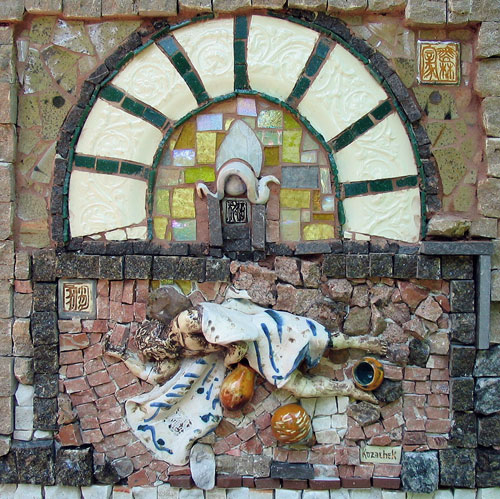 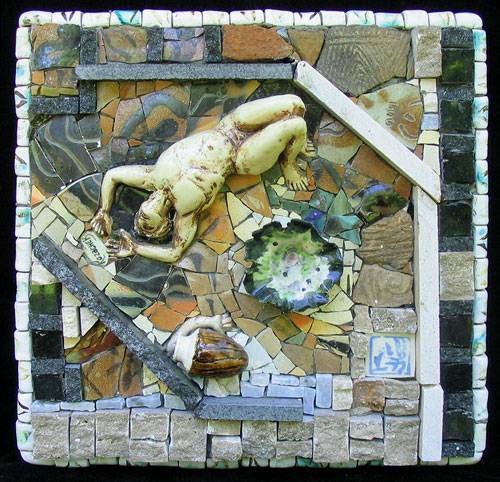 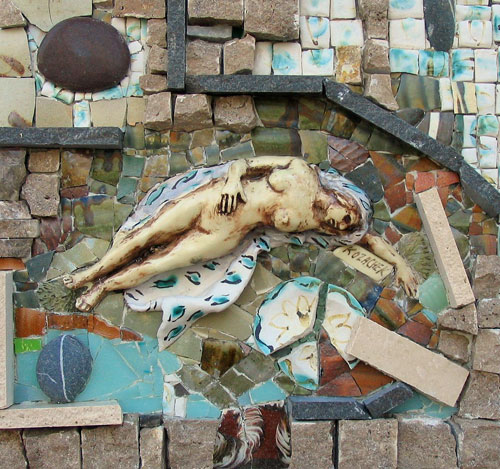 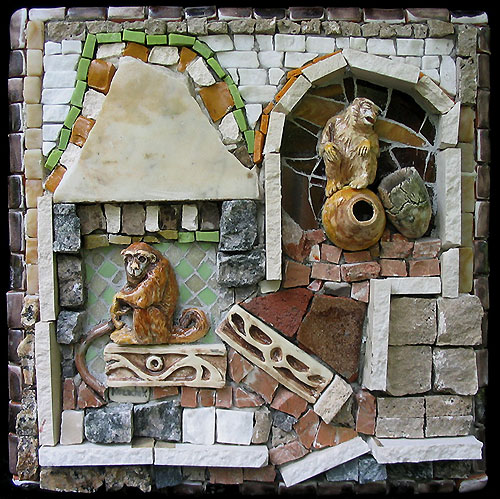 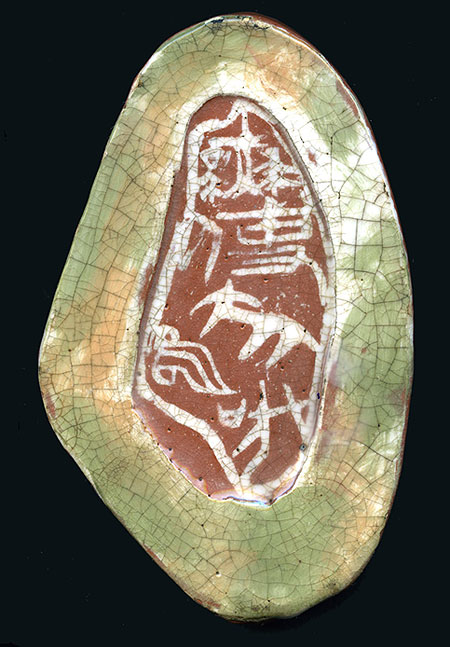 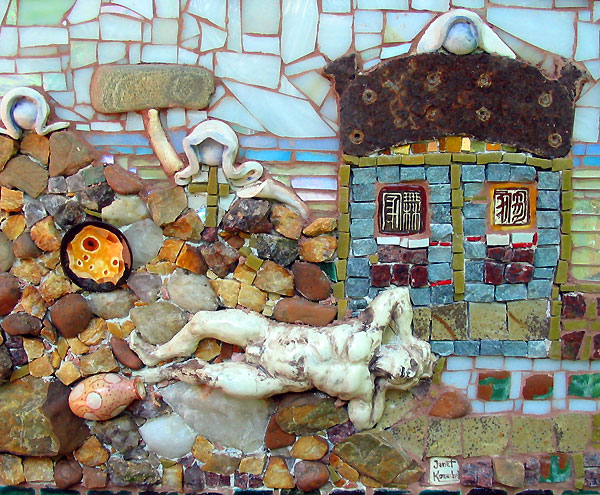 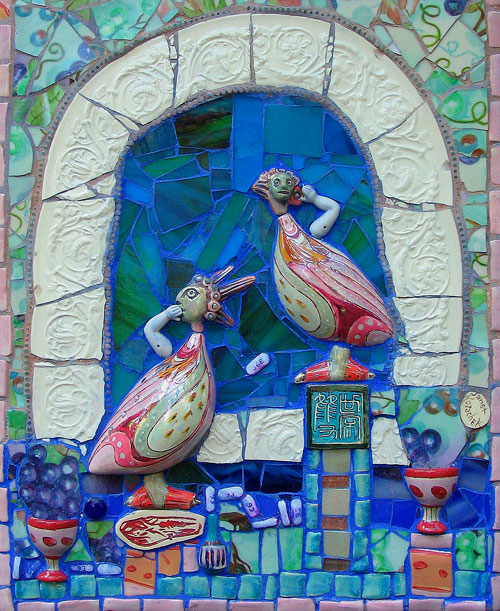 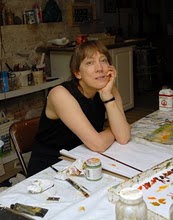 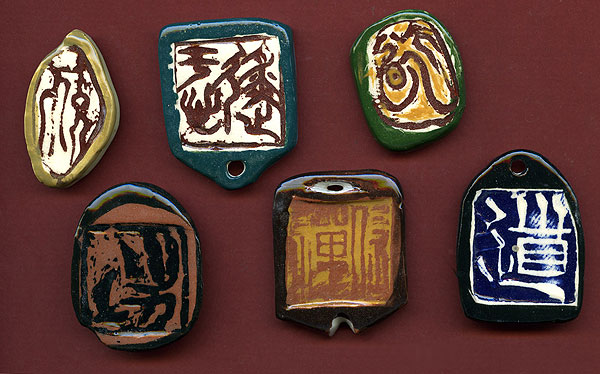 I was fortunate enough to be a guest at Ian Schrager’s new PUBLIC hotel in the heart of Chicago’s Gold Coast recently,...