India Hicks’ new book is the sum total of all her lives.

One’s about creating a social-selling business that women can run from their kitchen tables. Another’s about building a house that fits into its landscape. The third may be the most challenging: Mother to five children, ages 10 – 21.

And in “India Hicks: A Slice of England,” all those all blend into one. “It’s about how to write a book, create a business and design a house without going bat-sh** crazy,” the New York Times best-selling author quips. “And how to live with horrible teenagers.”

There’s more to it than that, though – lots more. The book’s split into two sections: One’s devoted to her family’s homes in the English countryside. That means the Broadlands estate belonging to her grandparents, Lord and Lady Mountbatten. And how her father, legendary designer David Hicks, brought life and style to the rooms of Britwell and Grove, in the English countryside.

Her inspiration came from those houses, and her parents. “My mother has the second-best design eye in England and my father had the first,” she says. “And I was lucky enough to have a taste of that.”

The book’s second section vividly describes how she reinterpreted all she inherited into her own home, America Farm, in idyllic Oxfordshire, England. Mingled into the book’s 224 pages are anecdotes – clever, stylish and witty – of what it means to grow up among British and design royalty.

“It’s a journey, with some of the day-to-day traditions of English life, like mince pies, fireplaces and travelling circuses,” she says. “But it’s really about the power of family legacy and how to adapt it to modern life.”

The challenges of pulling it all together? For starters, she’s chronically dyslexic, and apologizes in advance for having no sense of grammar. And though she does love writing, there was pressure too, from building a business and raising a family all at once.

It’s an easy read, says a self-deprecating Hicks. “This is picture book that takes about 20 minutes to read while sitting on a loo,” she says. “I am not Tolstoy.”

Maybe not. But she is loaded more style than most mortals on this planet. 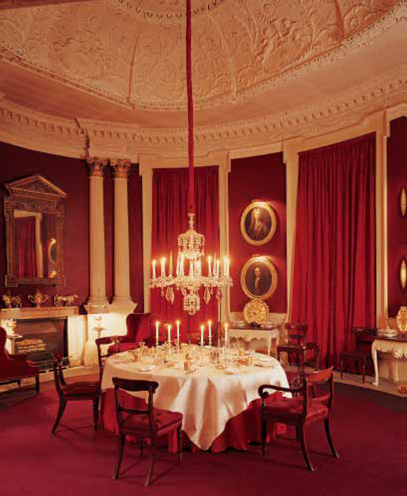 The dining room, converted from the original chapel; real candles burn in the chandelier. Under the starched white tablecloth is red damask that matches the painted walls and thick curtains. 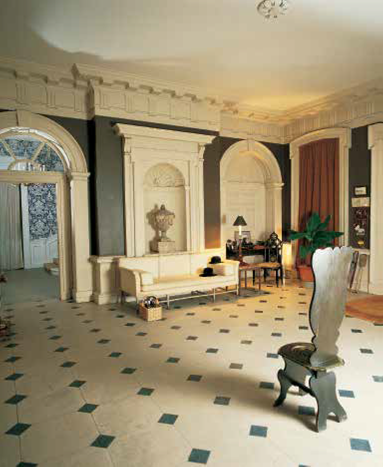 The hall at Britwell, with the bowler hats my father wore riding. A top hat would have been worn for hunting. In the corner is a banana tree in a basket, an expensive experiment in the English countryside. 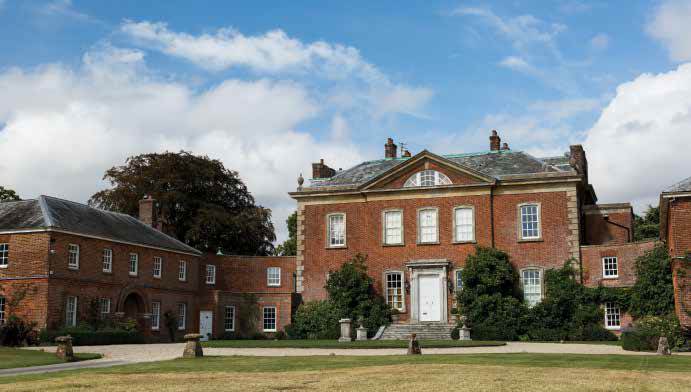 The front of Britwell showing one of the two wings. 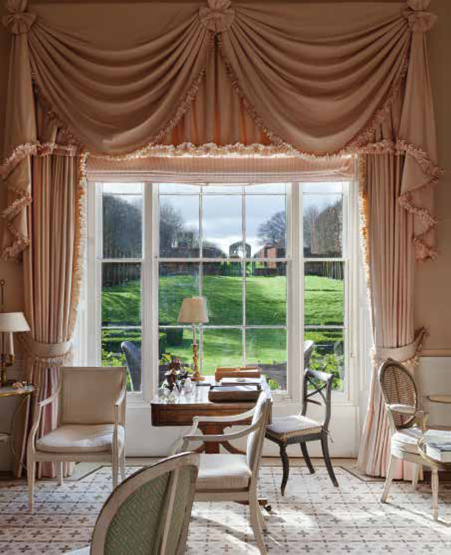 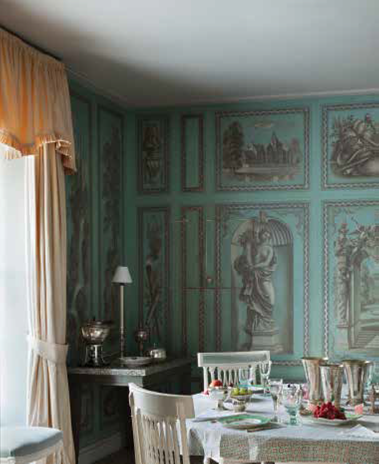 The white-patterned china by Thomas Goode was on my mother’s wedding registry fifty-five years ago. Fifty-five years seemed impressive till my mother reminded me that she had a piece of the Spanish Armada on her desk dating back to 1588. 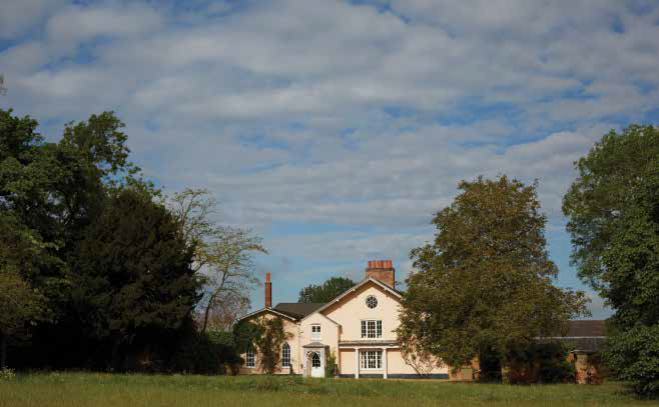 Can you spot the two fake windows? My father had these painted onto the wall beside the porch. 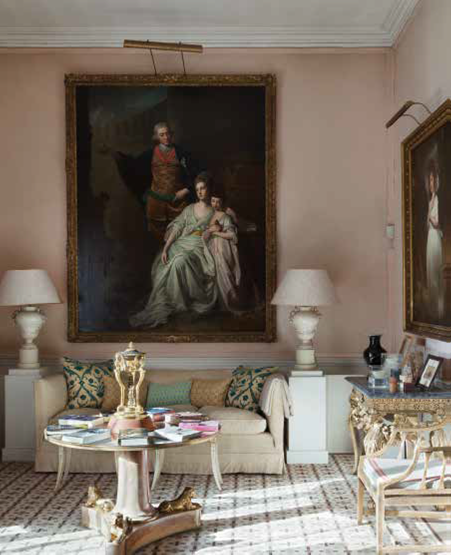 A George Romney painting—the one that made his career, in fact. This went away on tour a few years ago, and my father brought in a photographic copy with the same dimensions. Below the painting are Chinese vases that my father transformed into table lamps. 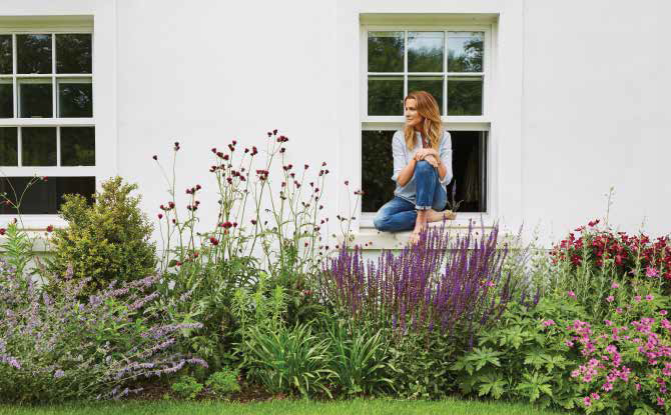 Sitting in a window at America Farm and counting my blessings, which are many. 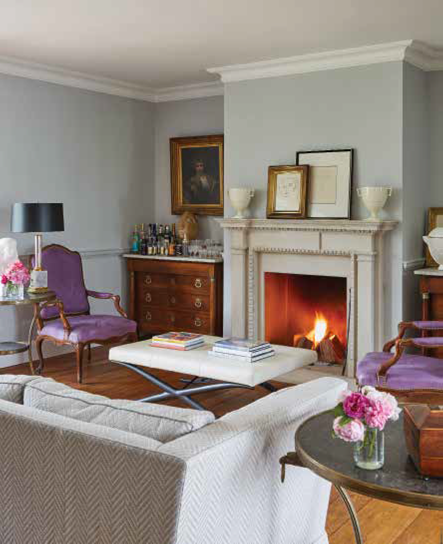 French Empire commodes flank the Portland stone fireplace we designed with Jamb. On one sits a generous bar setup and on the other, plaster objects from the British Museum along with prints and drawings that David is too indecisive to hang. The cross-legged ottoman was a housewarming gift from my brother, Ashley, who designs and makes them. 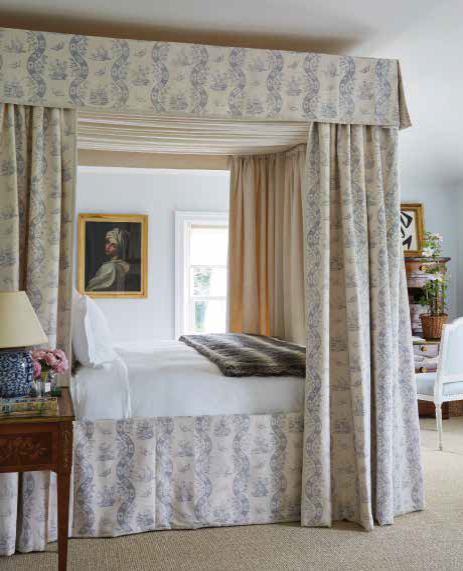 The four-poster bed is dressed with a Chinese toile fabric by Bennison, the portrait is of Beatrice Cenci after one by Guido Reni, and the roses are from the garden. I could sleep for a thousand years in this room if there was ever time. 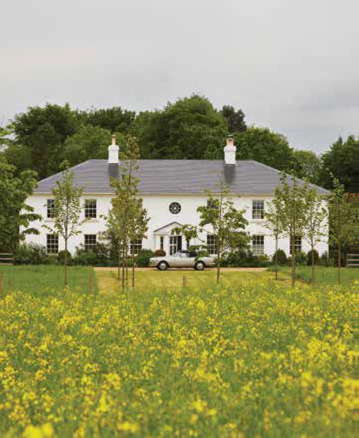 We are slaves to symmetry. Even David’s 1964 Alfa Romeo has to be perfectly centered on the door to America Farm when parked. 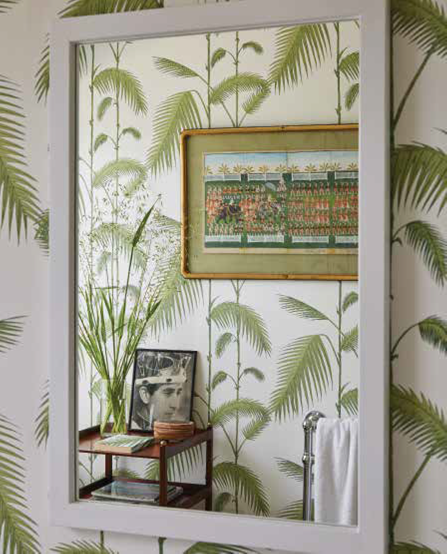 f ever we feel homesick for the tropics, we stand in this bathroom and breathe in the view of the palm fronds. The bookstand trolley was from Kensington Place and has KP carved on the underside to prove it. My mother’s grandmother (the granddaughter of Queen Victoria) had apartments there when she was widowed. Spot the photograph of Prince Charles at his Investiture, aged twenty; this is when he became the Prince of Wales. 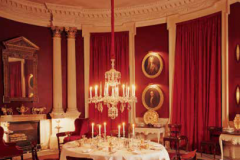 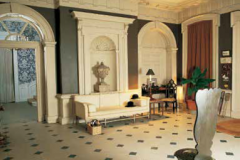 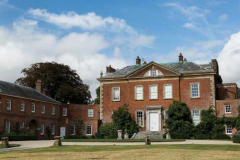 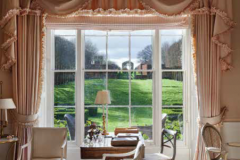 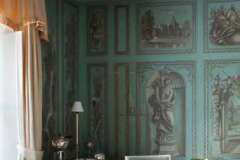 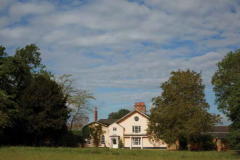 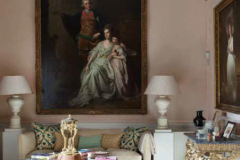 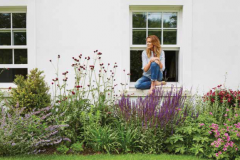 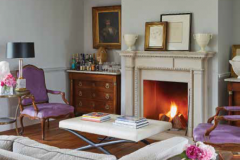 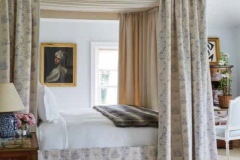 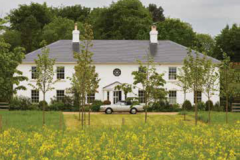 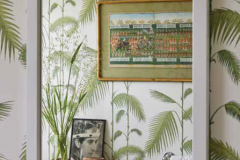 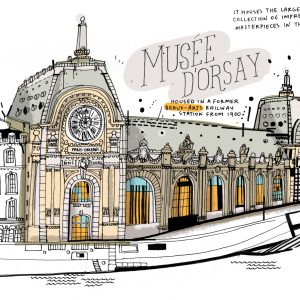 New York wasn’t enough for Australian-born artist James Hancock. No, now that his best-selling “All the Buildings...