Here we have a judicious case for adaptive reuse.

“When a new courthouse was designed and constructed several blocks down Main Street, the state held onto it, and the city said: ‘Why not sell it? We think we can do something pretty cool with it,’” says Phil Renzi, senior project manager at The Architectural Team in Chelsea, Mass.

The city developed a master plan for the area and issued an RFP to developers. “Our client, Trinity Financial, responded and asked us to come on board to determine what kind of use it could be,” he says.

TAT pulled together a number of studies for total square footage, total units and what, if any, kind of historic preservation would have to be addressed. “We managed to get enough units in that it was worthwhile – we ended up with 118 rental units,” he says. “Then we got shortlisted and ultimately we were selected.”

“One of the things we thought was important was to maintain the look and feel of each of the eras in the design,” he says. “All the doors of units from the 1800s were wood with raised panels and rubbed bronze fixtures.”

The 1955 building was modern with clean lines and flush panel wood doors and aluminum hardware and lighting fixtures. “We kept all the terrazzo flooring because we didn’t want to compete with the fabric there,” he says. “In public areas we maintained the floors and doors and used as many of the grills for heating and cooling.”

There, the architects maintained one courtroom with an open floor plan on the fourth floor, as public space. On the second floor they converted two courtrooms, each one-and-a-half stories tall, to residential units. “It’s quite a bit of space and we turned them into six lofts,” he says. “The perimeter walls and paneling were maintained.”

In spaces between the 1848 and 1898 buildings, they tucked in baths and kitchens. In the 1848 building off Main Street is a grand, decorative staircase that they retained. “In the second floor off that lobby are two main courtrooms, with one turned into a residential unit – we incorporated the judge’s and stenographer’s benches and the jury section,” he says. “The exterior cornice work and coffers are visible through the skylight – they were all maintained.”

The main courtroom, with a grand staircase from the second floor down to the main space – where the jury came down – was turned into a lounge. “It must have been very dramatic if you were the one on trial – it would have been pretty daunting,” he says. “Now residents go there to watch football or celebrate with birthday parties.”

After a groundbreaking in 2017, a ribbon-cutting ceremony was held last week, and each of the 118 units was already spoken for. “It’s fully occupied – they couldn’t rent them fast enough,” he says.

That can only point to one favorable outcome: 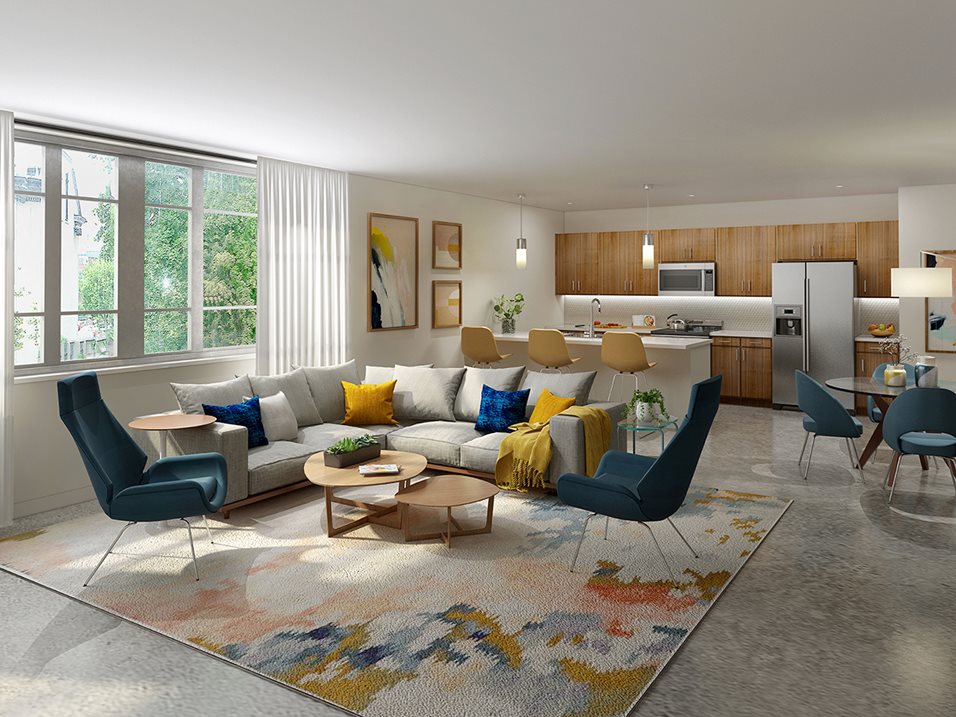 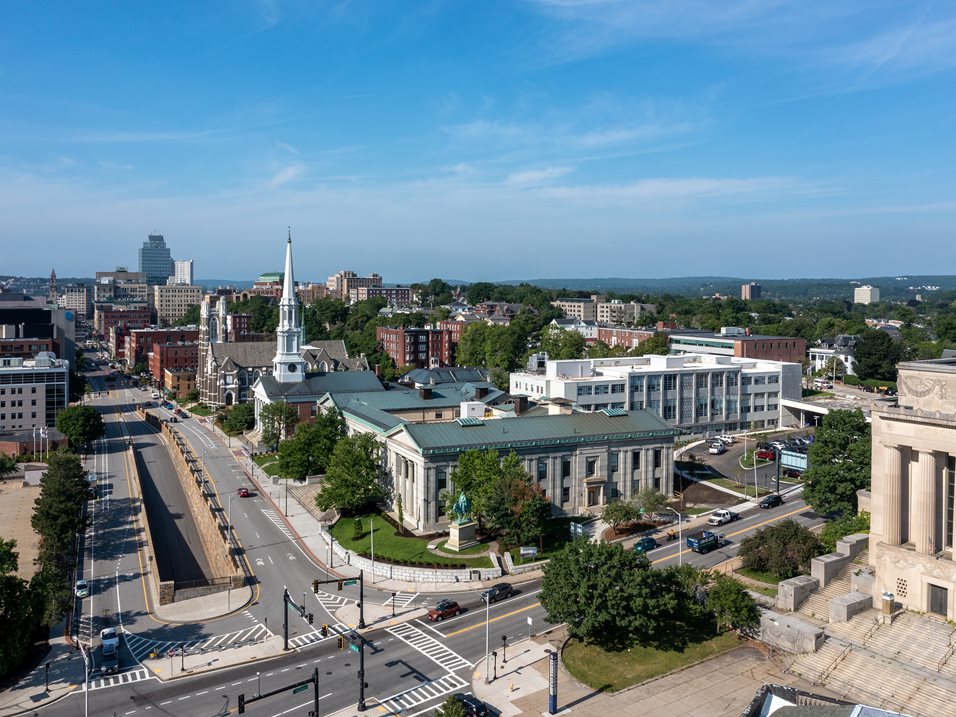 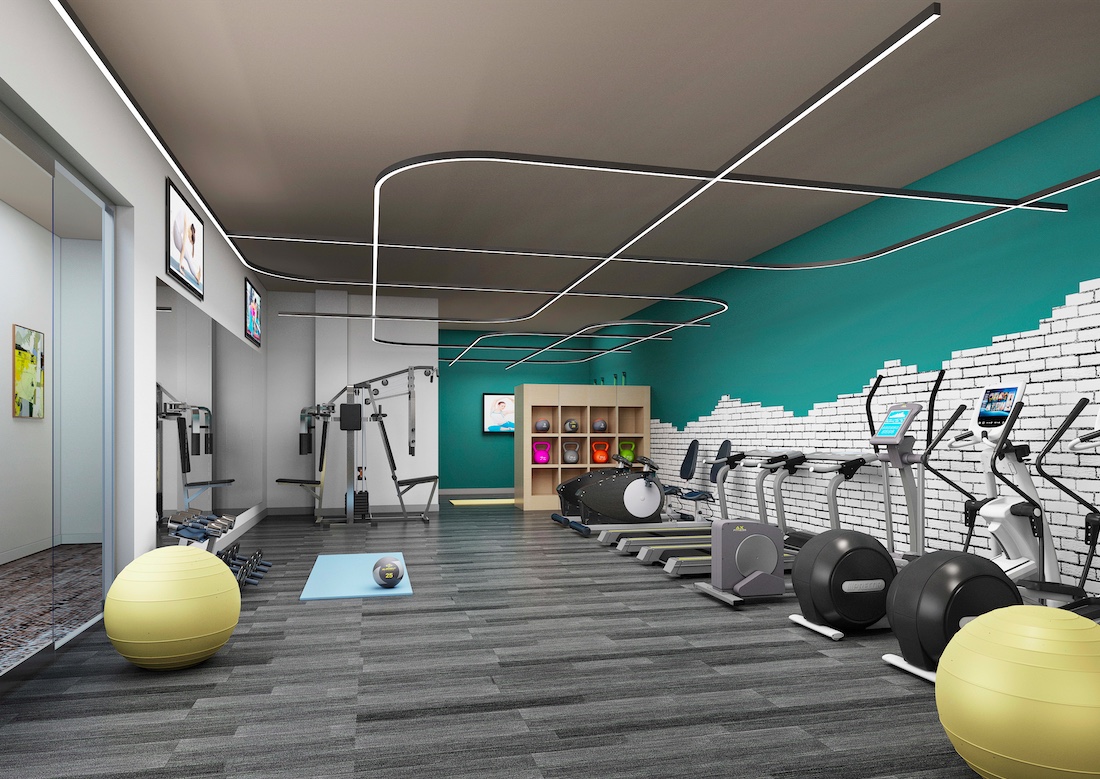 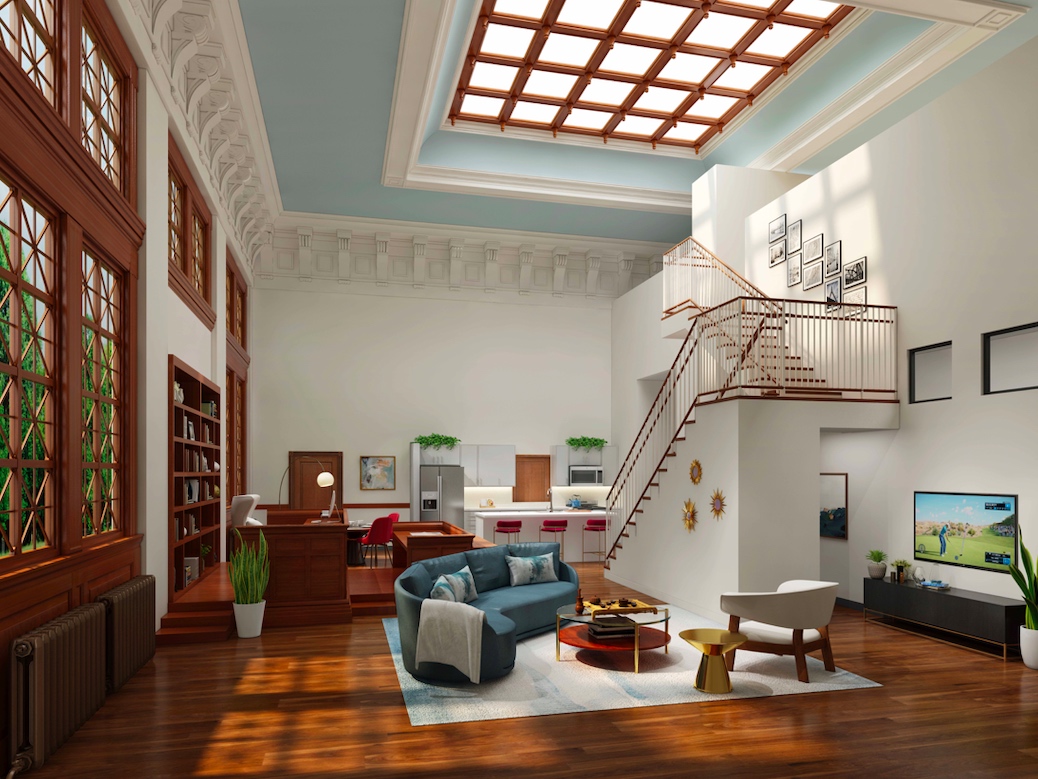 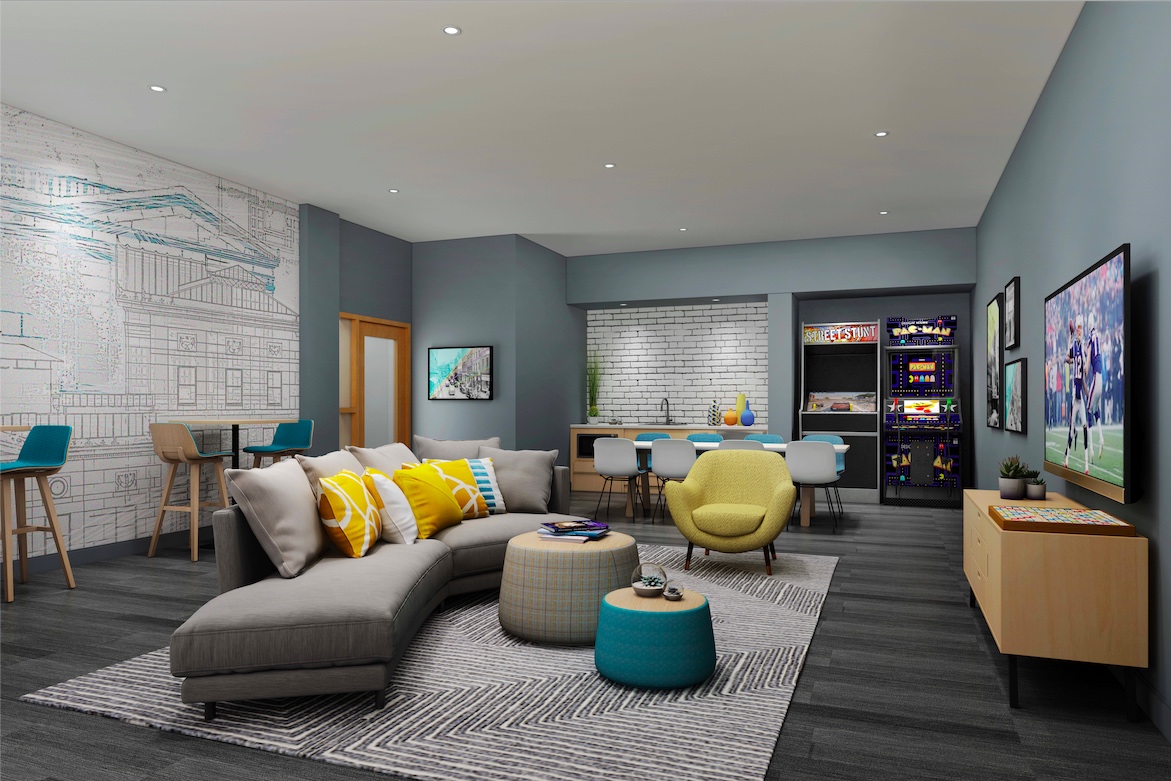 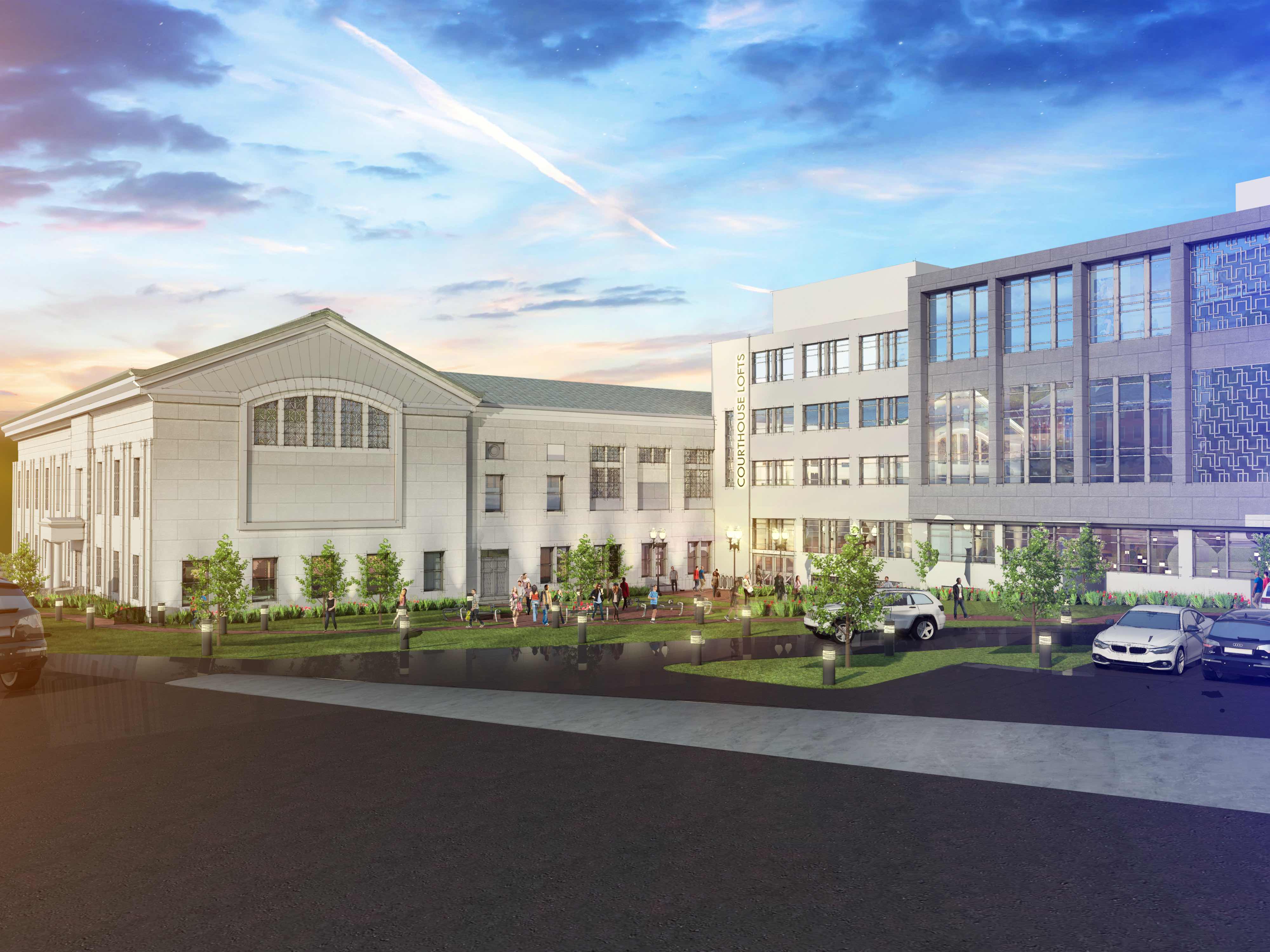 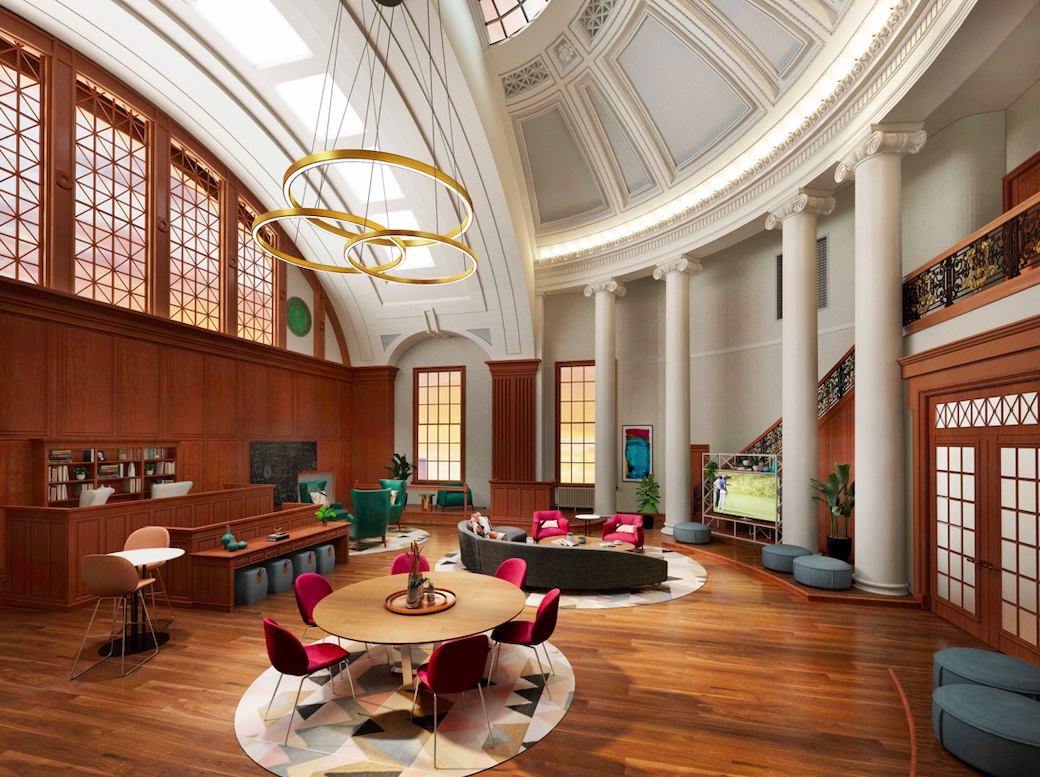 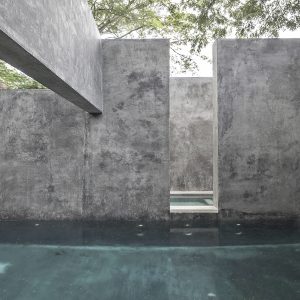