Tom Kundig’s architecture is about connecting art and physics, linking inside with outside, and placing small houses in big, wild landscapes for maximum joy.

He draws on a rich set of ideas and instincts from a childhood in Spokane, where he served an apprenticeship of sorts, as a laborer and carpenter’s assistant for sculptor Harold Balazs.  “Harold was an artist and an intuitive physicist – an intelligent guy,” Tom said.  “He was somebody figuring out  how to do something really fantastic by crafting his own ideas out of wood, metal and porcelain.”

A mountain climber, he’s as interested in the elegant solutions inherent in scaling a rock wall as he is in getting to the top.  When he was younger, he spent a lot of time climbing the mountains of Washington, Idaho and British Columbia and viewing the process as one of simple problem-solving.

In college, he wasn’t’ interested in architecture, but in geophysics.  He wanted to know about physics and the nature of play – about what could be done with a serious understanding of both.  “As you get older, you get better at interpreting these experiences, these instincts from childhood,” he said.  “My source of design comes from my younger years.”

He’s influenced also by the endless landscapes of the West – an intuitive architect who responds to context and client.  His houses may be considered small, but generally, they open up to nature in big ways – because his clients would rather be outside in their surroundings than inside their homes.

Probably the most iconic and poetic of his houses is the Chicken Point Cabin, sited on a cove on Lake Hayden in Idaho, surrounded by the Bitterroot Mountains.   The owners asked for a little weekend cabin that opened to its surroundings. Tom took their request literally and metaphorically, designing a tough, concrete-and-steel tent in the woods, with an enormous, 20-foot by-30-foot window that lifts away like a flap.

“It’s a platform to get out into the surrounding context,” he said of his design philosophy.  “It tends to be a small, transparent house that can open or close to the landscape.  It can open up the house to its context out at the edge of something, or close it in, in an intimate way, so that it’s protected.”

On November 19, 12 of his projects will be featured in a global exhibit in Tokyo of architecture featuring the work of one designer from each continent.  He’s North America’s sole representative in Toto Gallery MA’s 25th anniversary  “Global Ends  – Towards the Beginning.”  After it closes on February 26, the exhibit will travel to each continent.

“It’s the gallery in Japan,” Tom said.  “And Japan is very important to architecture in the world – it’s up there with Finland.  To be invited is just an incredible honor.”

Some might argue that it’s absolutely appropriate as well.

For more on Tom Kundig, go to http://olsonkundigarchitects.com 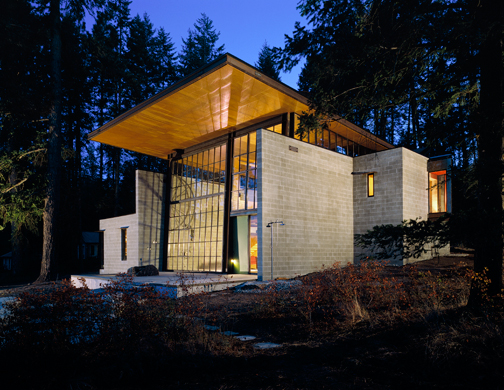 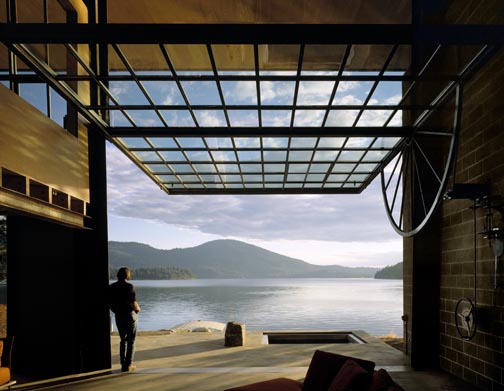 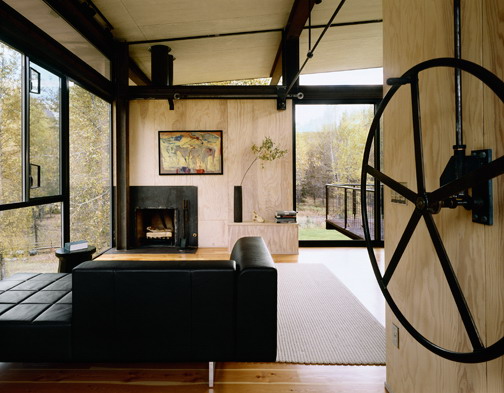 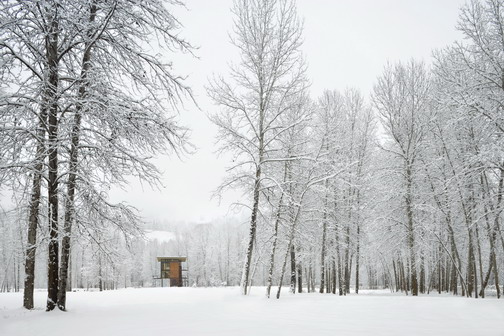 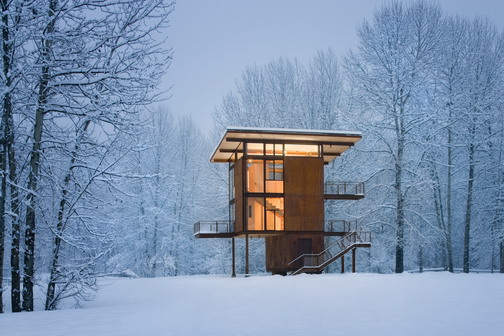 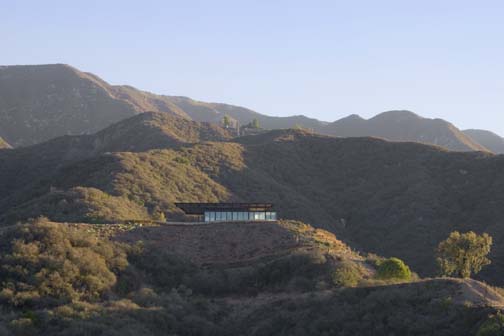 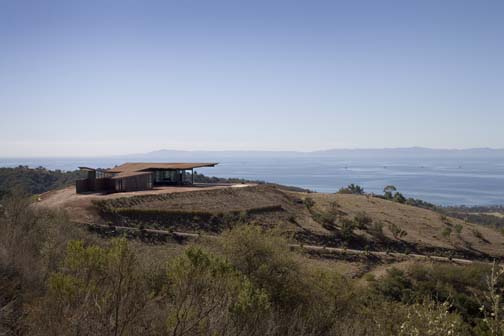 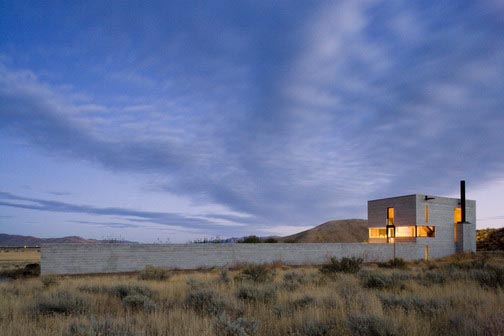 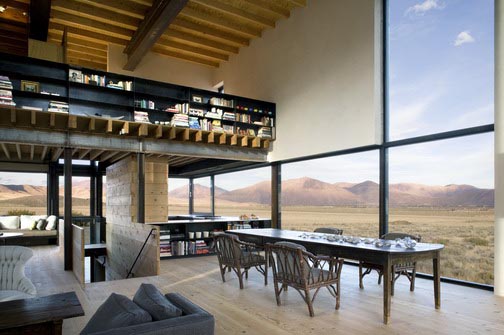 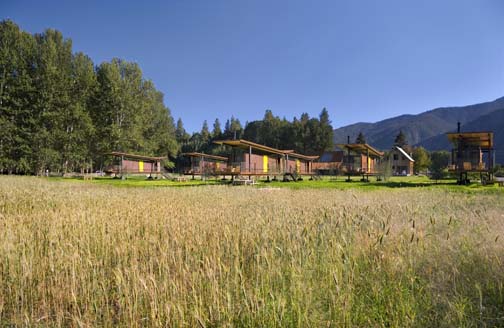 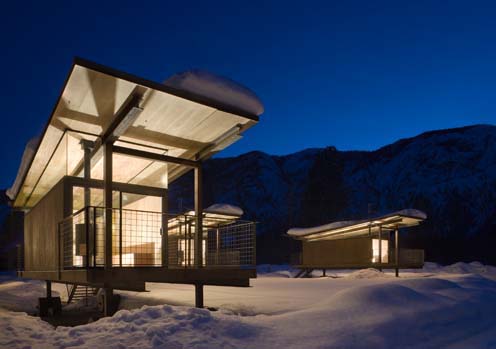 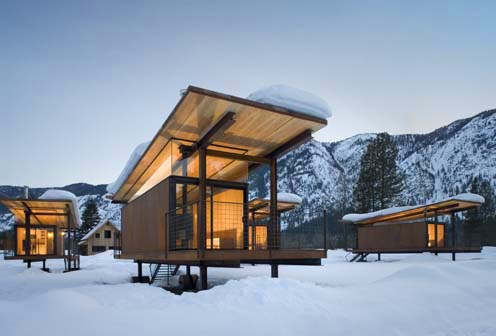 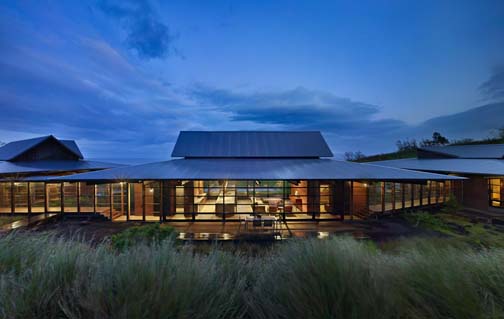 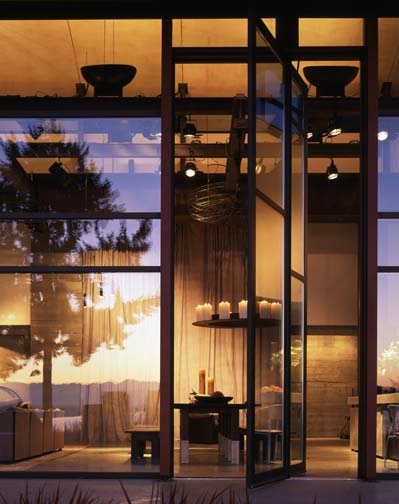 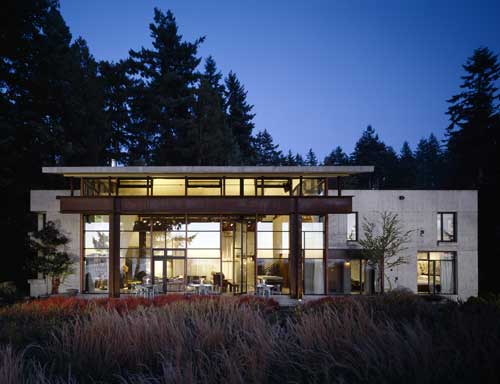 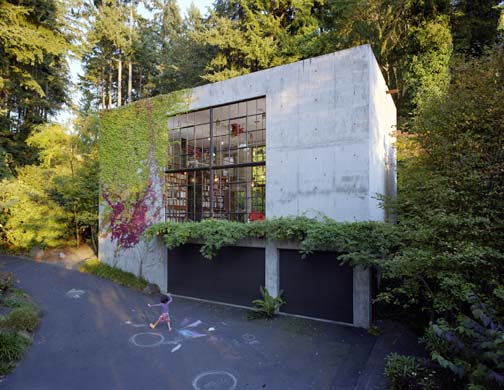 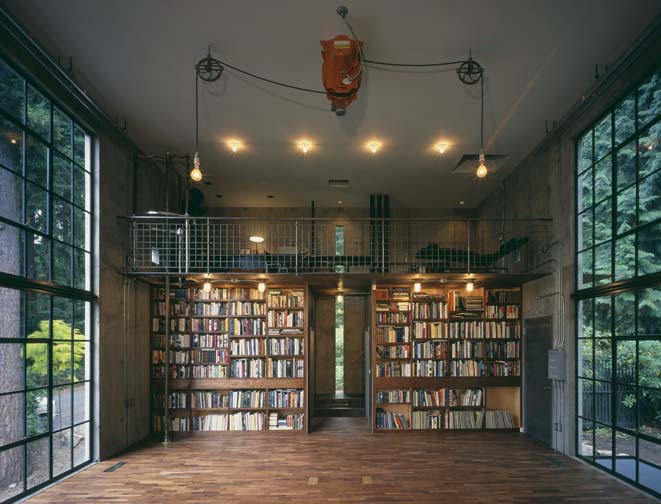 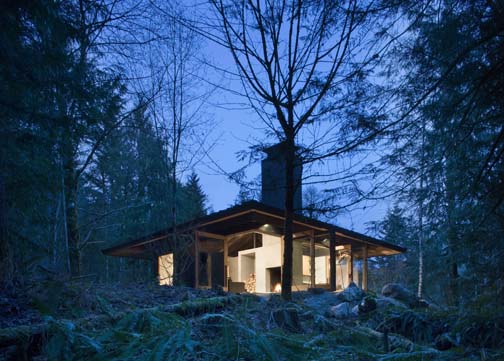 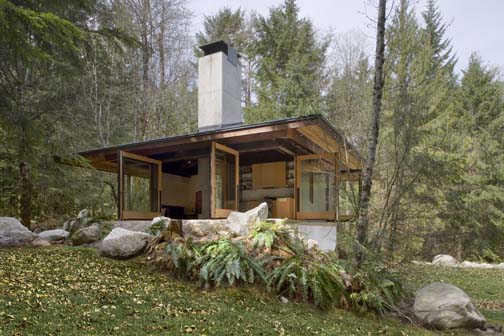 A Vanishing Oasis at City's Edge

Peter Ruggiero, design partner in the Chicago office of Skidmore Owings & Merrill LLP (SOM), is a product of big cities...