In 1994, Jasna Sokolovic left her native Yugoslavia, putting war-torn Sarajevo behind her and venturing to Granville Island, Vancouver.

She cut short her architecture studies, but began to explore ceramics in Canada, melding her interests in design and sculptural forms.

Inspired by European visionaries like Gaudi and Hundertwasser, Sokolovic focused on facade and illusion, layering on visual and conceptual sentiment. She often portrayed her long journey symbolically – with birds that stand for “fragility and liberty, taking off, falling down, and covering distances.”

Her art is also concerned with relationships: tender proclamations of love, naive questions of remembrance, and imploring admonishments to “stay close.”  She says her tiles reveal the narratives of her life.  “I am the storyteller, somewhere in the midst of this ricochet,” she says.

Though she certainly has a complete thought in mind, her tiles contain only fragments of sentences, often with individual words barely visible, tempting the viewer to finish her narrative. She leaves space to participate in the process, with visual and linguistic coquetry. Her symbols are playful, innocent and often the sweet stuff of childhood. Where words and images collide, there is often a subtext, in cotton-candy pinks and periwinkle blues, of yearning and fragility. Her self-portrait is sutured, the chairs empty and the wire barbed.

Sokolovic works directly on wet clay and bisque in a process she compares to journaling. On the clay she silk screens and impresses marks. On bisque she applies glazes, underglazes, ceramic pencil, followed by more silk screening. Most of her tiles are cut from slabs. Her “quick and loose style” adds a quiet vulnerability to the story she shares.

In 2009, she won the Winifred Shantz Award for Ceramics, which enabled her to travel to Mexico for a residency at La Ceiba Graphica. There she studied printmaking. Next, she traveled to Xalapa and Oaxaca to meet with local potters and artisans, an experience that shifted her color palette to more intense shades. It also expanded her sculptural vision to include Milagros, deeply personal figures that embrace a tradition of healing in a puppet-like form.

She recently teamed up with her husband Noel O’Connell, also a ceramic artist, for a collection called “These Gray Days.” Throughout the process of creation, they maintain a dialogue. The pressed molded tiles resulting from this collaboration include many of the themes Sokolovic has explored on her own, but also emphasize architectural motifs. Tiles from “These Gray Days” are exhibited as “Fragments” and “Patterns,” the placement and relationship to each other forming an integral part of their conception.

“I like to keep some lightness in whatever I do. I believe that such a point of view helped me through hard times in my life.” she said.  To prove her point, she’s scrawled on a slab of clay the words: “Open your eyes, you’ll be fine.”  They’re surrounded by decorative scrolls, a small bird and an empty shirt.

For more on “These Gray Days,” go to http://www.thesegraydays.com/ 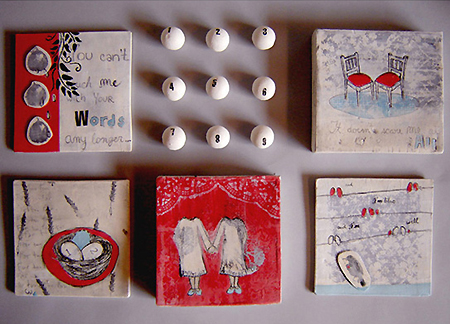 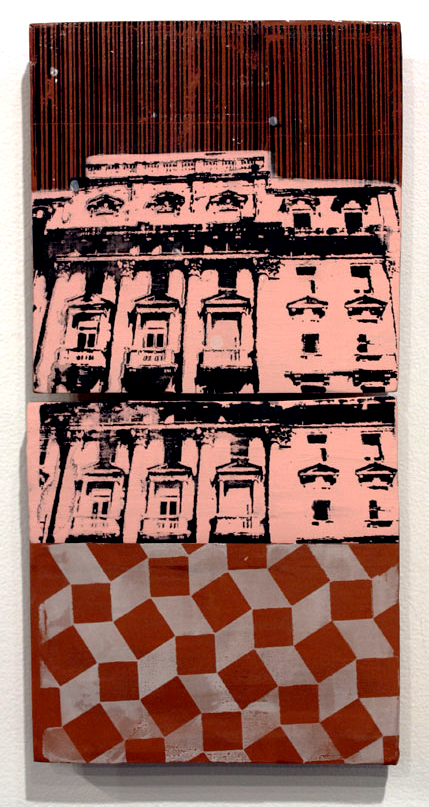 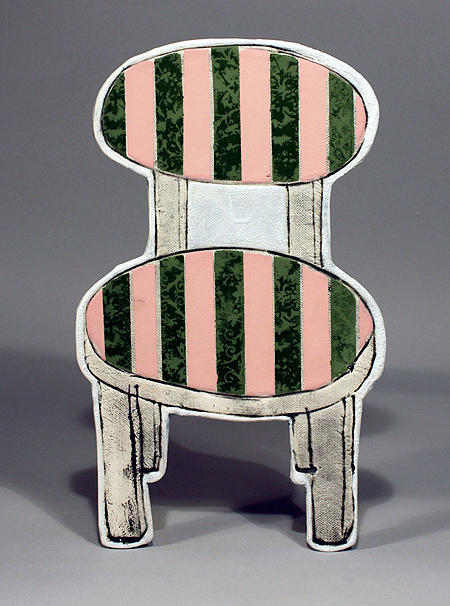 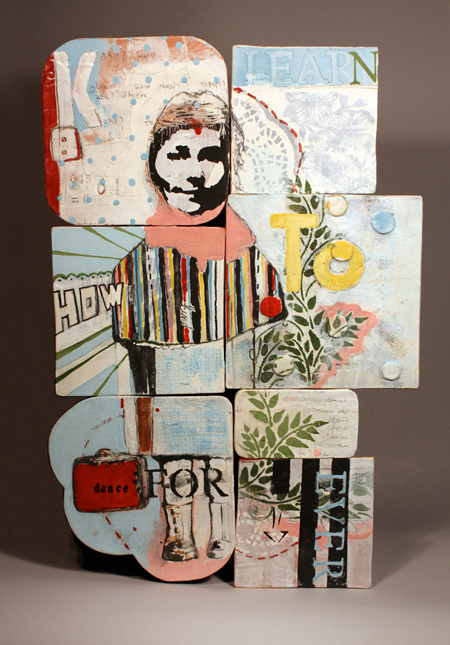 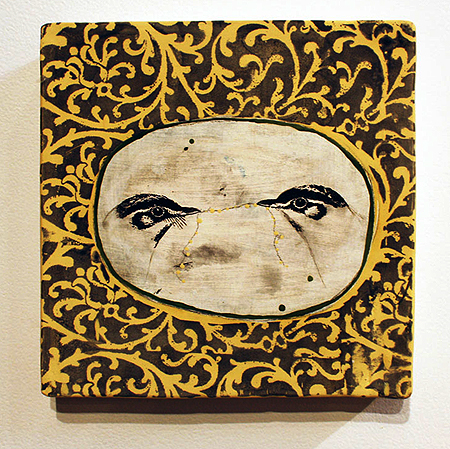 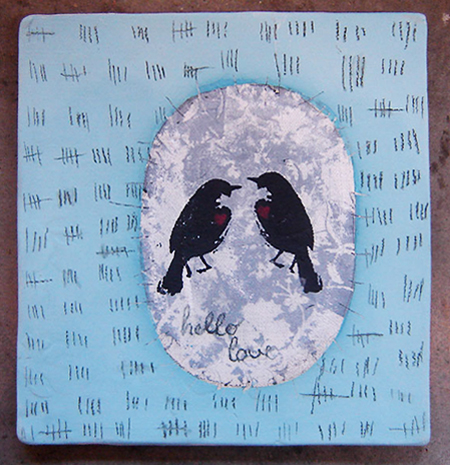 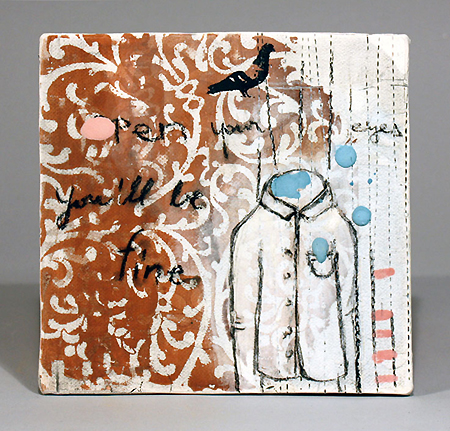 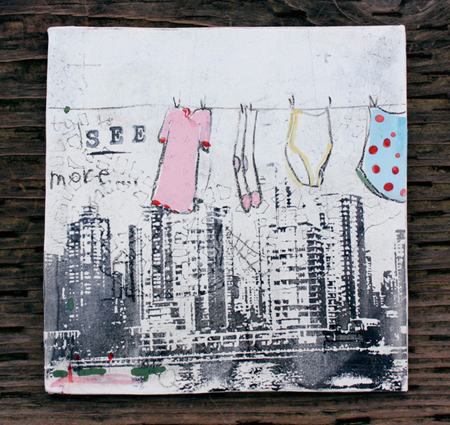 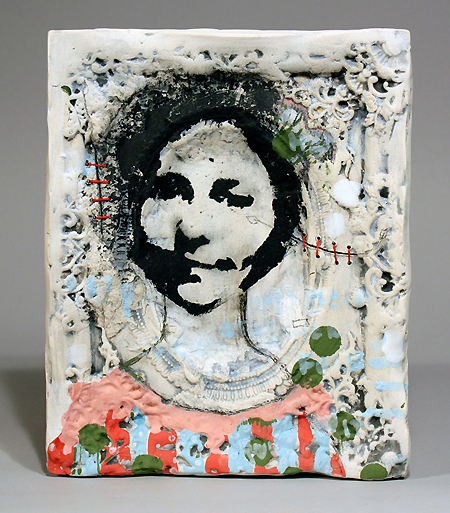 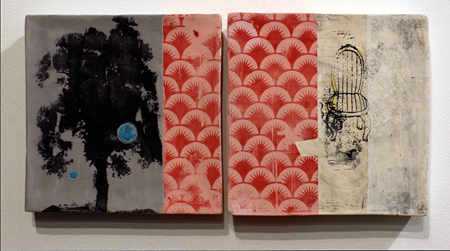 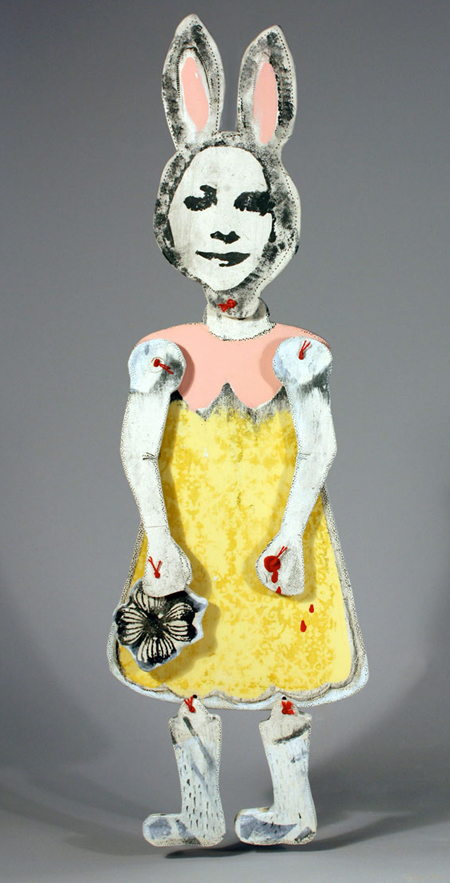 These are beautiful. So expressive. I especially like the birds (blue is my favorite color)but they’re all amazing.

Thanks for your comments!
I also want to thank JoAnn for writing the article and A+A for the post.
If my work interests you, check my web site for the most recent project.
http://www.jasnart.com

Ali Sobel-Read is a self-taught artist who uses found objects to form lasting impressions in clay. In her travels to Australia,...