In the tiny Quaker community of Friendsville, Tenn., just south of Knoxville in Blount County, stands a warehouse, showroom and workshop that’s home to some of the most valuable and rare pianos on the planet.

Here are the obscure instruments from America’s bygone eras, built of Brazilian rosewood, Honduran mahogany and quarter-sawn oak, painted and gilt-trimmed, cleaned-up and restored, then placed on the market.

“We keep between 200 and 250 under this roof,” says 41-year-old Michael Stinnett, the owner of the Antique Piano Shop, who’s been tickling the ivories since he was three.  “They’re coming in and going out every day.”

The majority comes in to be worked on and restored, but Stinnett will buy some to repair and sell on spec if they’ve got history or were produced in limited editions.  Though he sees a couple of hundred a week, he’ll only purchase a few of them, preferring the pre-1930s models.  The hard-to-come-by Arts & Crafts piano, made of oak or walnut or mahogany, holds special appeal.

And then there are items like a special 1861 model, tailor-made to outfit the Mississippi steamboat “Mary Kean,” which was unfortunately decommissioned at the outset of the War Between the States.

The biggest sellers, though, were hand-painted from the 1900s to the 1930s, when there was an abundance of wealthy Americans, eager to turn pianos into decorative objects to match their sumptuous interiors.

“There was a revival of things that had been popular three or four centuries earlier,” he says.  “You see a lot of Italian and Spanish Renaissance designs, this crazy hodge-podge of everything.

Collectors in China and the Middle East are making the big purchases these days, many as investments.  Some of the exotics – the ones sent overseas to be carved in Italy, with papers still intact – hold special appeal

“A sheik in Dubai just bought a Louis XV-style model, with elaborate white and gold paint, and cherubs all over it,” he says.

For more information, go to http://www.antiquepianoshop.com 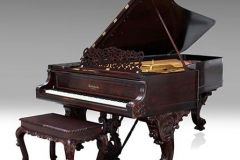 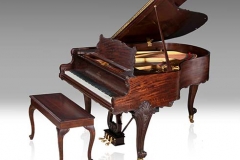 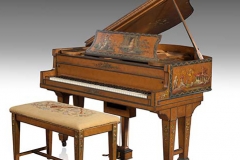 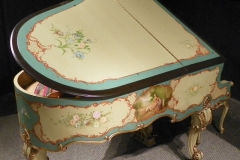 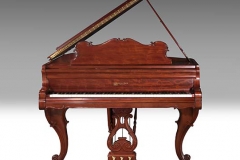 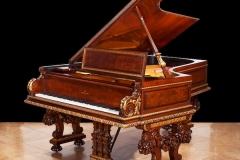 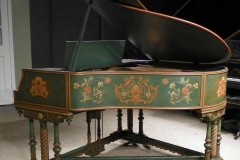 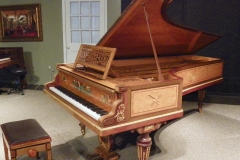 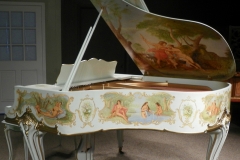 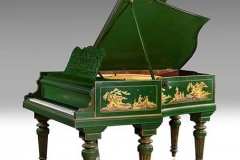 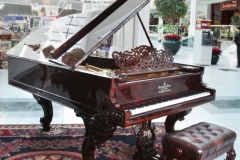 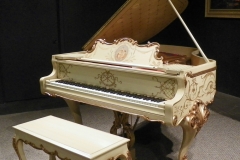 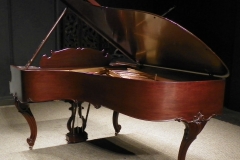 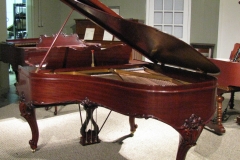 “Expression: Architecture and the Arts” is a new book from Parks Books and the University of Chicago Press. Three concrete...