In Surrey, B.C., a Library by Bing Thom

“We were very keen to get out to the community to see what it wanted,” said Michael Heeney, principal in the firm.  “We set up a blog on the library’s website, then a Flickr site to post pictures of similar spaces.  Others did the same.  We held workshops with high school students, with Play Doh sculptures by the kids.  And then there was the Facebook page, and Twitter.”

It helps that Surrey, Canada’s fastest growing city, is also one of its youngest.  Parents with young families don’t have a lot of time to spend in drawn-out public forums.  So input sessions were complemented with an array of modern media.

The design was driven by the community, producing a $26.5 million structure that’s a community center as well as a gathering spot for bibliophiles.  Because it offers language classes as well as small business seminars, the library integrates grand and intimate spaces inside a sweeping, sculptural, perforated concrete skin.

“So much information isn’t in print anymore,” Heeney said.  “Libraries today aren’t just about books, but about space – the kind of space that supports the community.”

The firm utilized every square inch of the site’s triangular shape to determine the library’s footprint.  The design picks up the curve of adjacent University Drive, tilting the building outward and giving it a dynamic form.  Because it uses an honest concrete cladding, it saved the expense of additional glass or metal skin.

Heeny worked hand in glove with the concrete forming contractor to assure an understanding of modules for the poured concrete, using a German Peri system to shape the curving, sloping walls.

“The result was that we could keep the costs low but still do something interesting,” he said.  “They learned how the system worked, and came in on schedule.”

A soft opening is planned for this month, with an official opening on Sept. 24.

For more on the Surrey City Centre Library, go to http://www.surreylibraries.ca/location-hours/4682.aspx

For more on Bing Thom Architects, go to http://www.bingthomarchitects.com/ 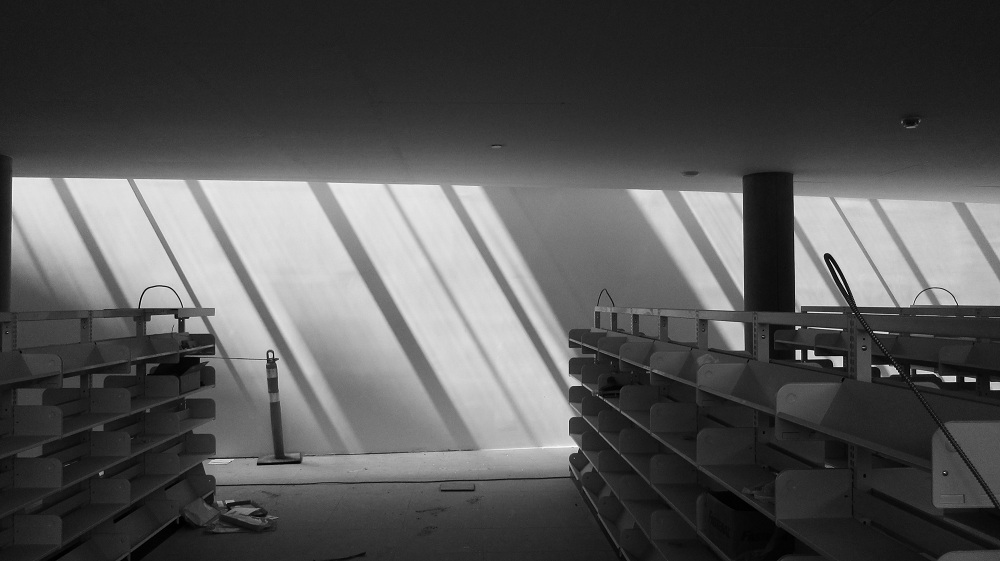 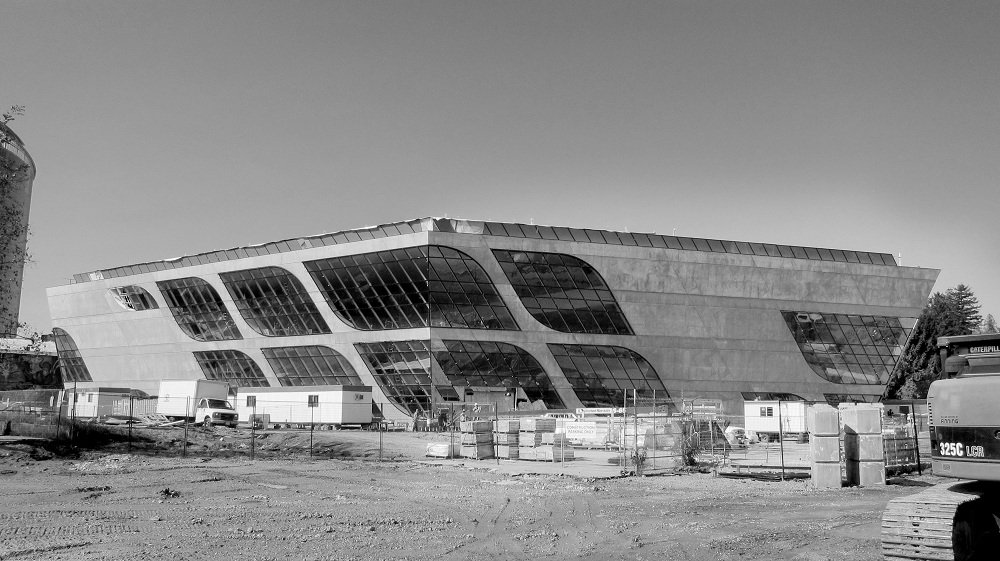 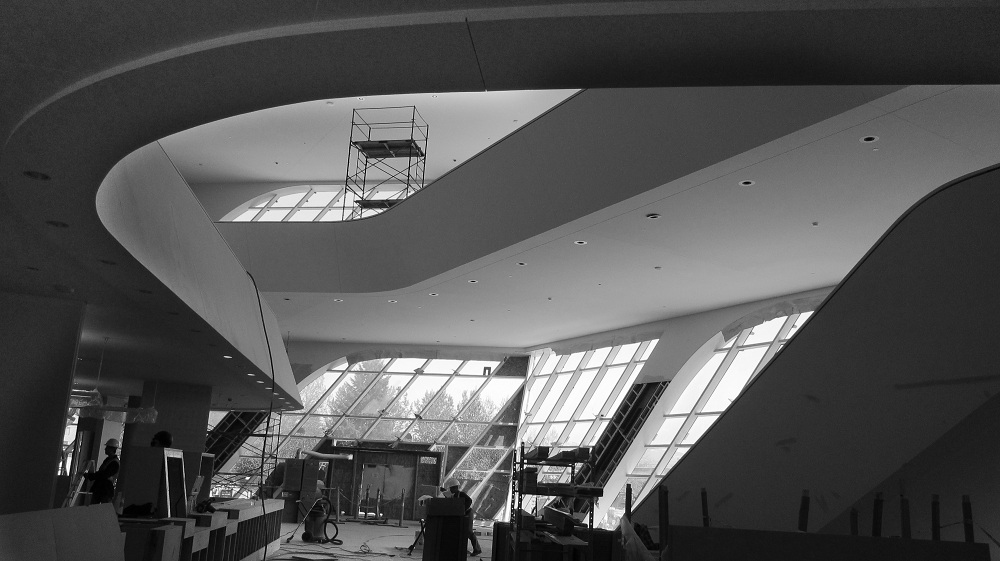 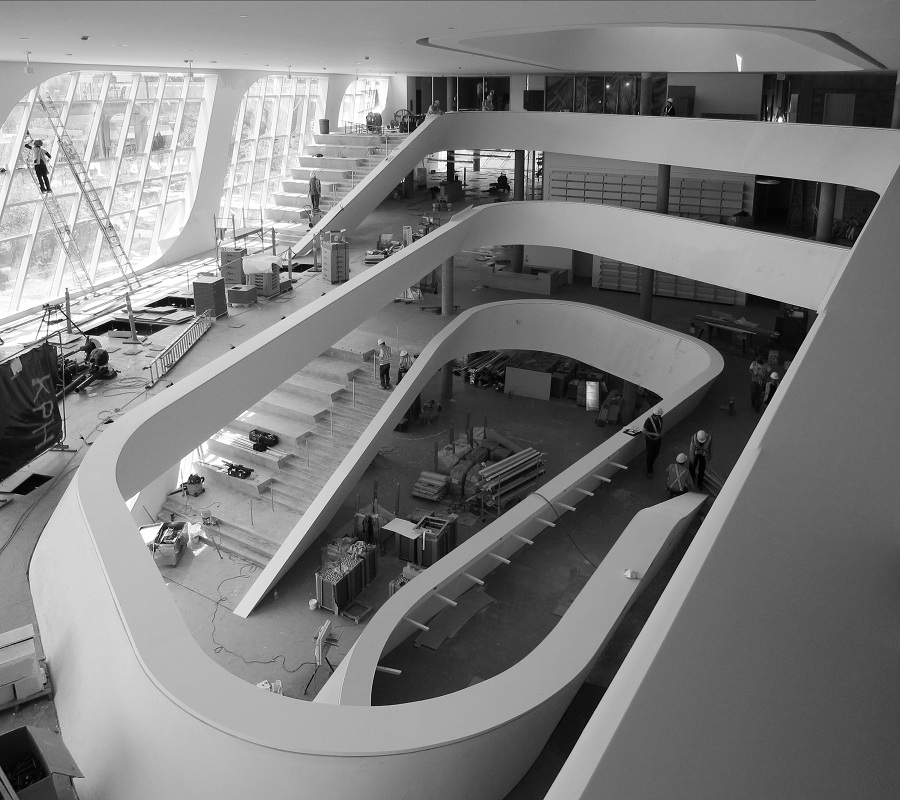 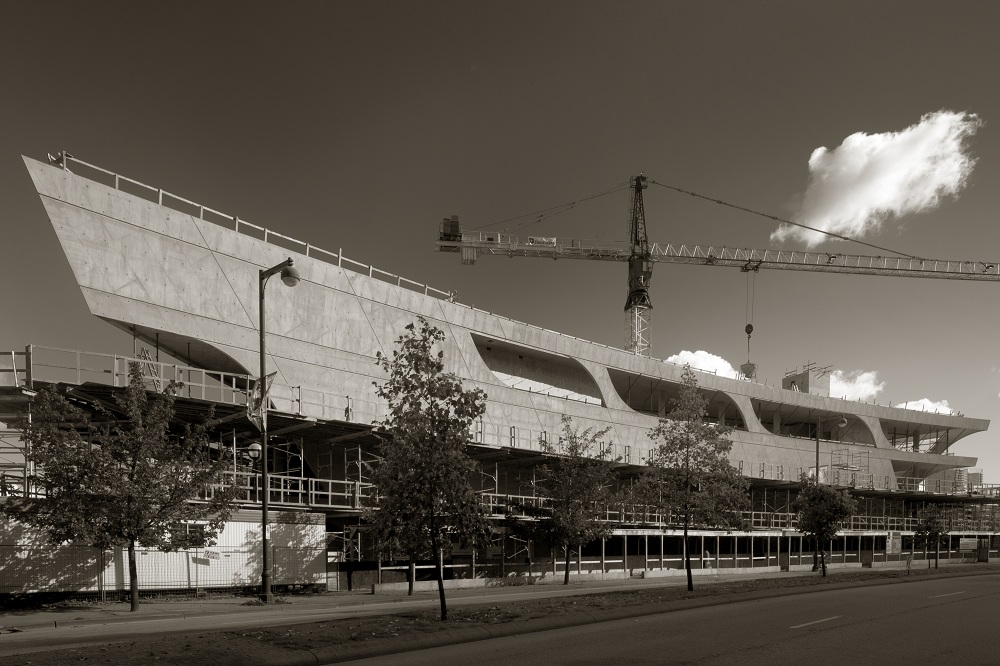 Turning Your Sneaks into Playgrounds

Is is a bird, a plane, a boat… a library?
http://www.infusionart.co.uk/

This really is an exciting project. The costs are definitely high, but given the beautiful and durable outcome, so worth it.

He started in watercolors when he was five years old, inspired by his mother, a fashion designer and devoted painter who’d...