Leave it to innovator Dror Benshetrit to reach up to the next level in collaborative work space.

Collaborating with WeWork, a highly regarded network of shared offices in New York, San Francisco and Los Angeles, he’ll launch WeCross by Dror at 175 Varick in Soho in September.

“We’ve always collaborated with photographers, engineers and motion graphic artists,” he says.  “So the idea of working with those people in the same space is appealing to us.”

He’ll do the curating of both the space and the 200 professionals who’ll be working side by side at WeCross.  Collaborators might be freelancers or small groups starting their own firms, in need of space or desk, and who would never consider a large commercial office with a lengthy lease.

Others might represent larger engineering or professional firms seeking to promote their capabilities and their work.

“We’re trying to revolutionize the office environment,” he says.  “We’re redefining in-house capabilities.  If the right project comes along, we can take advantage of it.”

He likens it to the “paperless office” mantra of a few years back.  “Now it’s not just the lack of paper – now you don’t need walls anymore,” he says.  “It’s a collective style – a kibbutz.”

“It’s quicker, easier and more affordable, and meets our desire to create better design for the world,” he says.

For more information, go to http://www.studiodror.com/html/about-dror/wecross-by-dror/ 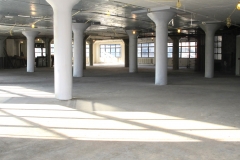 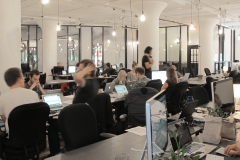 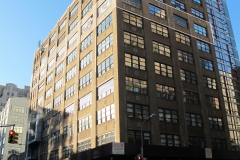 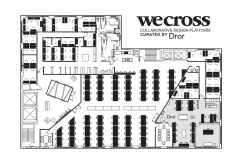 A Visceral View for a Writer's Retreat

A Visceral View for a Writer's Retreat

If you not inspired to write here, then you’re probably not meant for the craft. Architect Cass Calder Smith of CCS Architecture...